Weekend Indian Brunch Buffet at the Pongal in Billerica 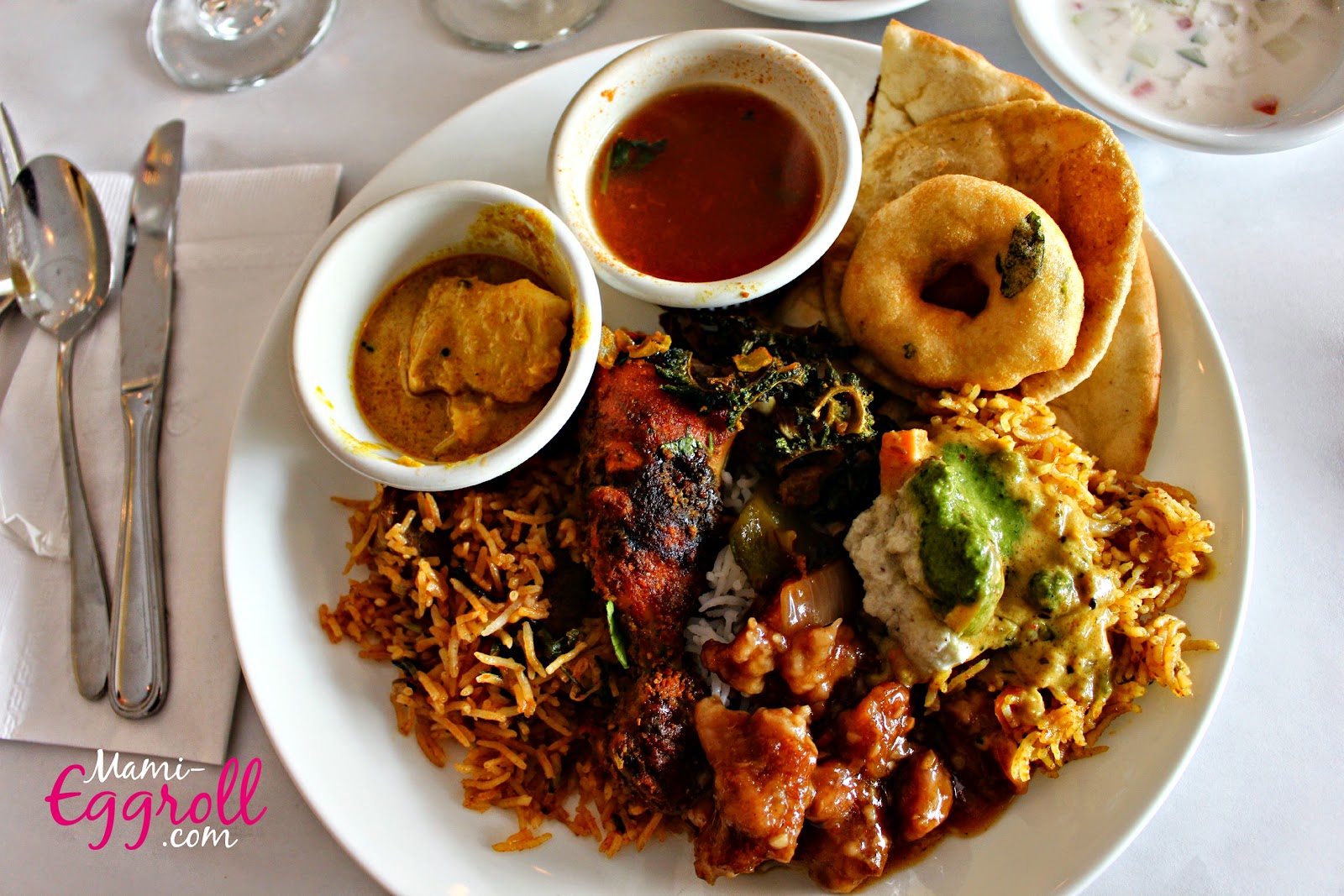 After speaking so highly of The Pongal Indian restaurant on 3A, I finally got a group of friends together to try the weekend buffet.  I'm pretty much a regular there and can occasionally be found dining alone during the weekday lunch buffet while catching up on my Facebook updates.  I even celebrated my birthday last year with 10 friends over some of my favorite dishes: Gobi Manchurian, dosas, tikki masala and the Malai Kofta dumplings.

Since I've eaten here on the weekend a couple of times, I know that the restaurant can get jammed pack. Once, we waited 45 minutes, but we also arrived around 1 PM.  I called to make reservations and was even reminded to arrive on time.  We got to the restaurant just minutes before it opened and my friends joked about why we were the only ones there and one person wasn't even sure if he was in the right place because the lot was vacant. 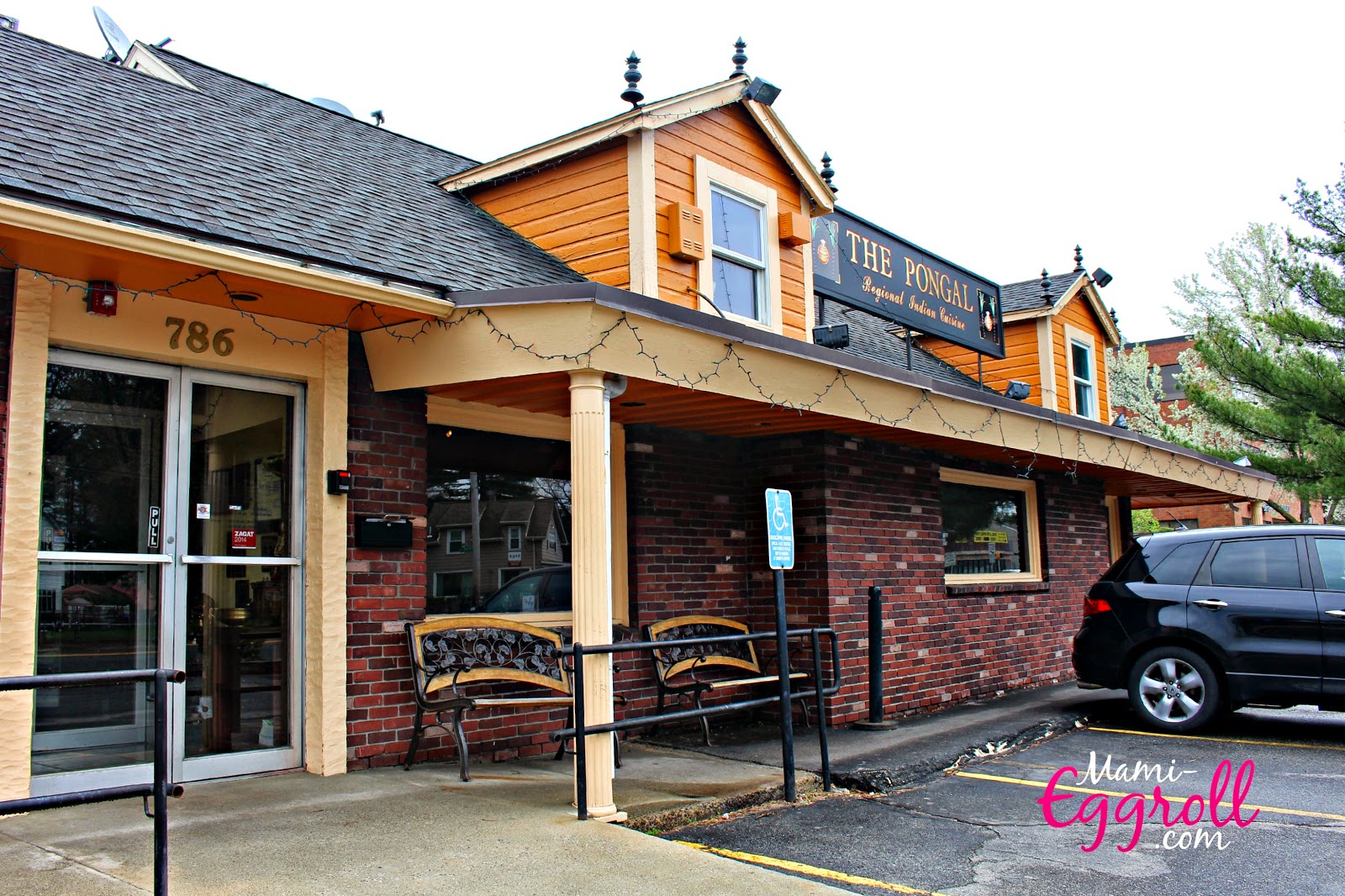 The restaurant was clean and up to date.  There are some decorations along the walls but not too overwhelming.  The restaurant is divided into two rooms, one being the bar and buffet stations and the other being the dining room. 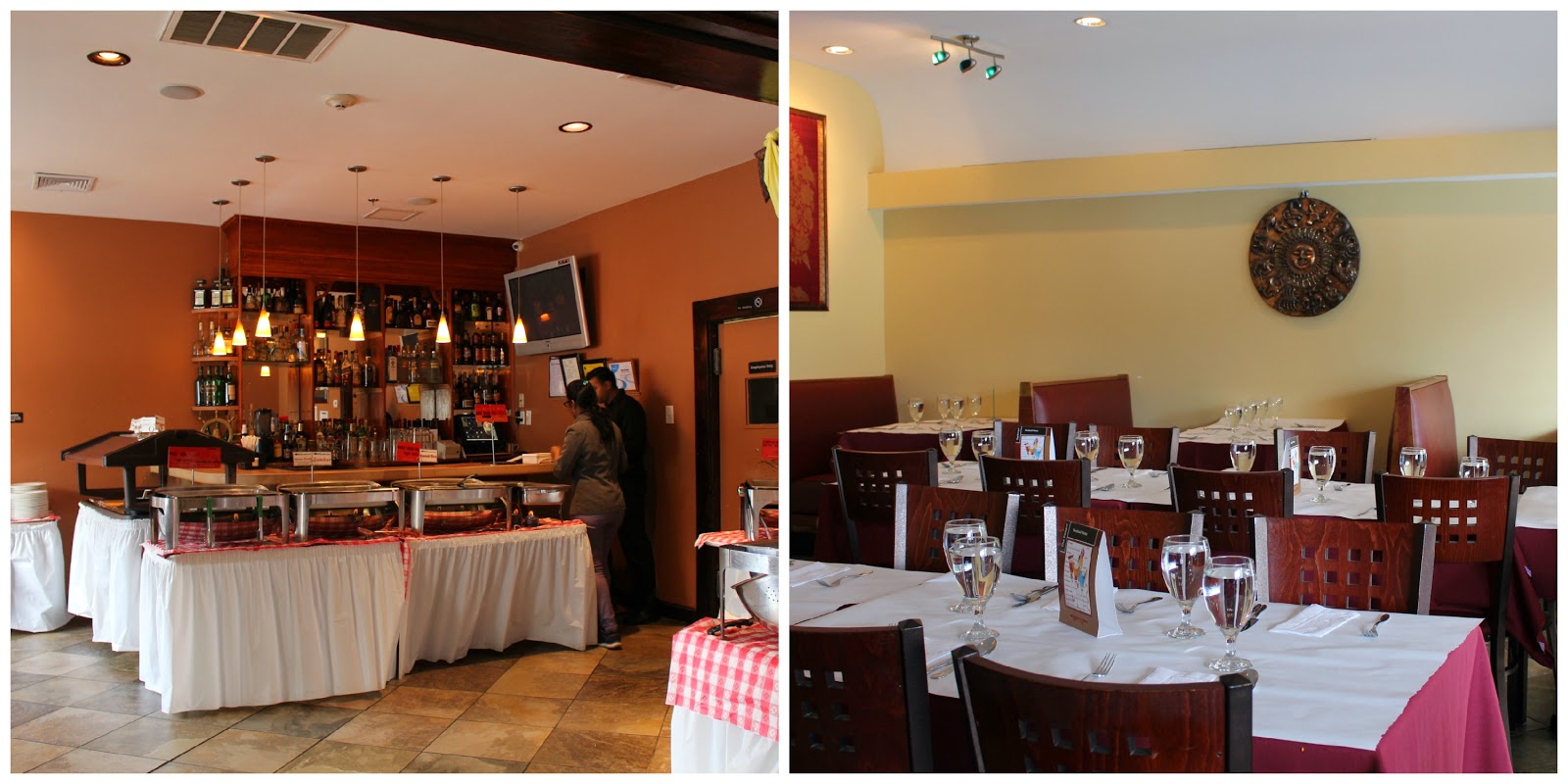 We were sat in the middle of the dining room and waited for the rest of our party to arrive. 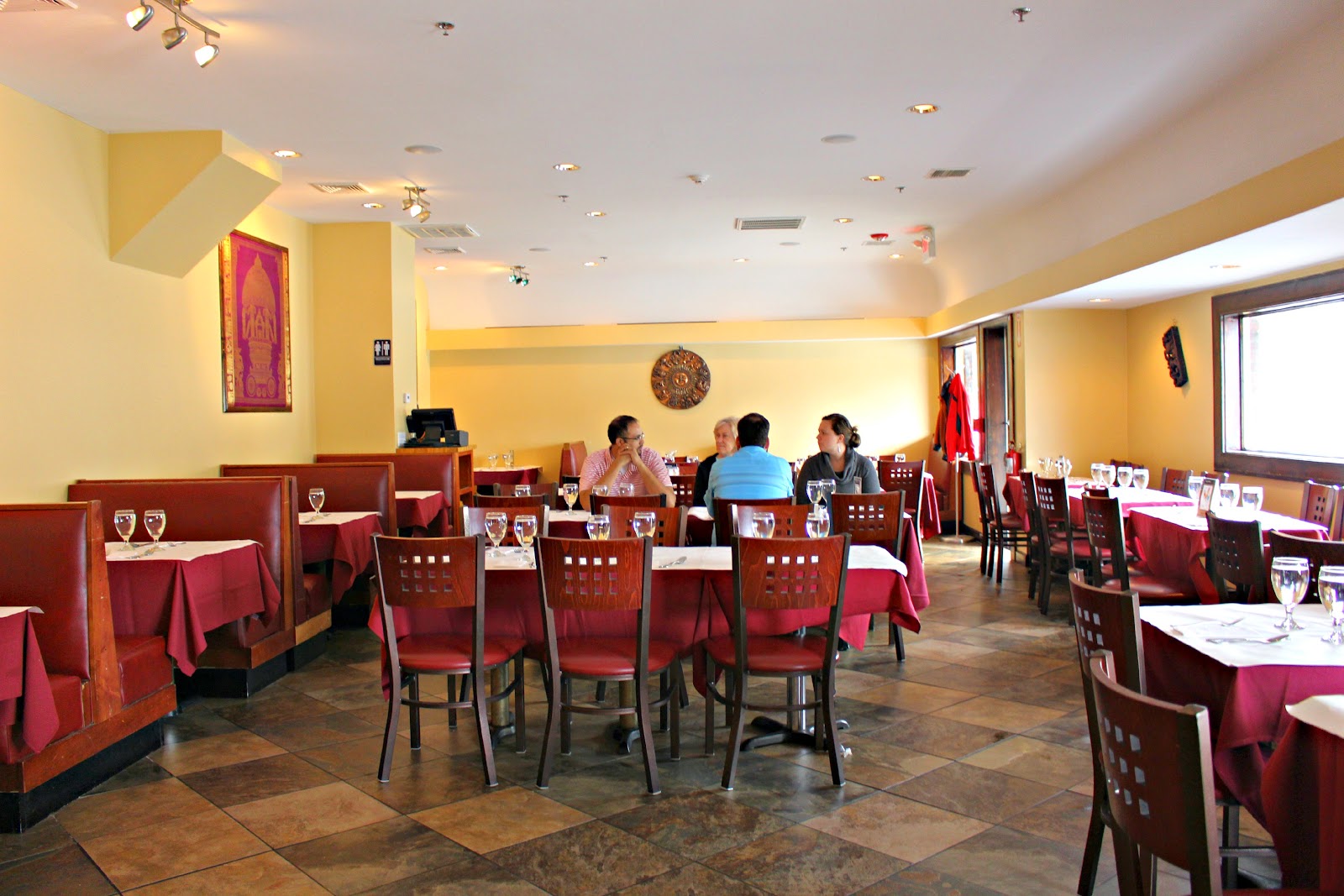 Most of us ordered a mango lassi drink made with mango juice and yogurt.  It was on the warmer side and I wished it would have been more cold and satisfying.  Luckily I stopped the server from adding grenadine, I wouldn't have liked it any sweeter than it already was. 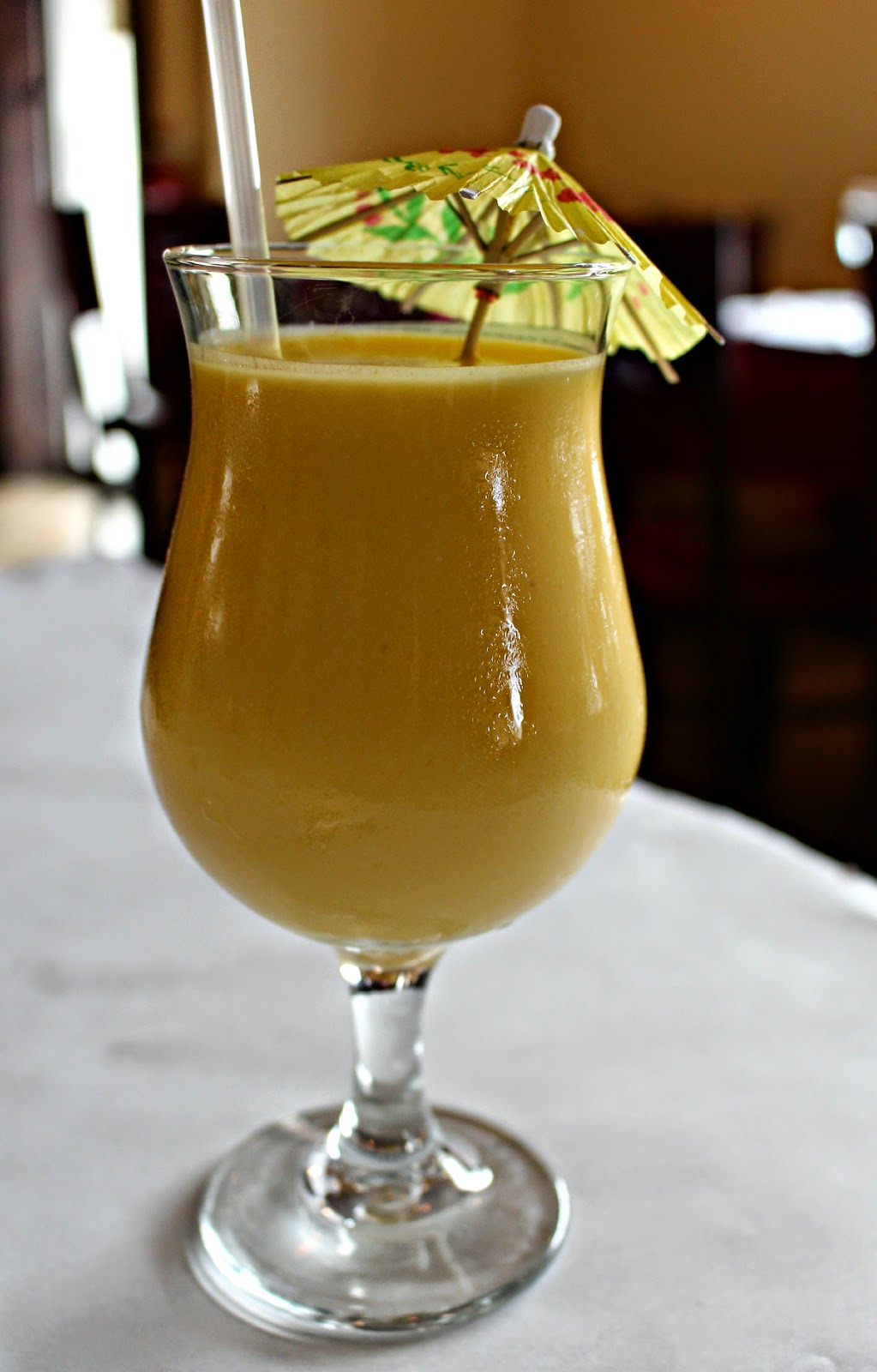 The buffet started with the usual thin papdum flat breads and puri puffs. 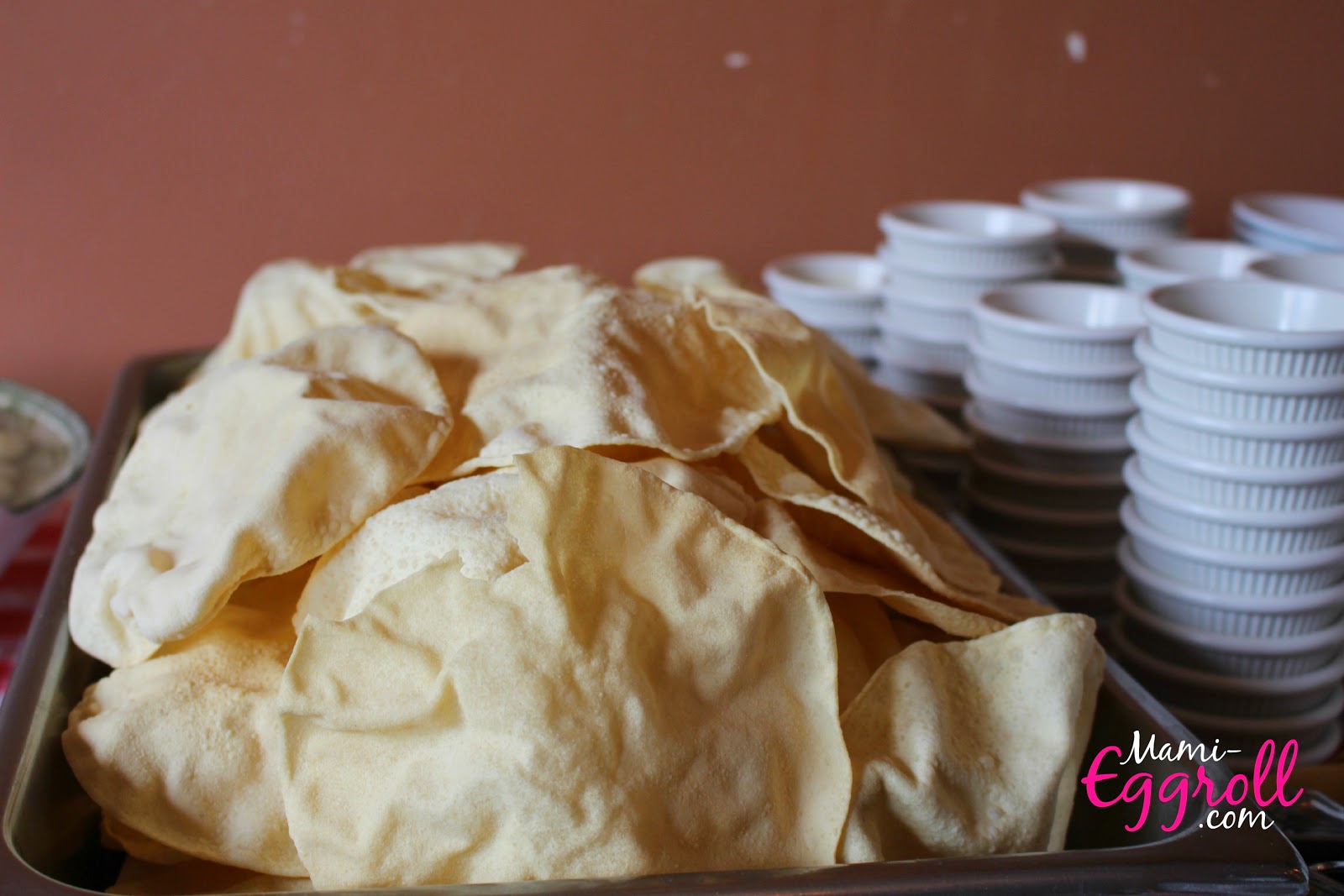 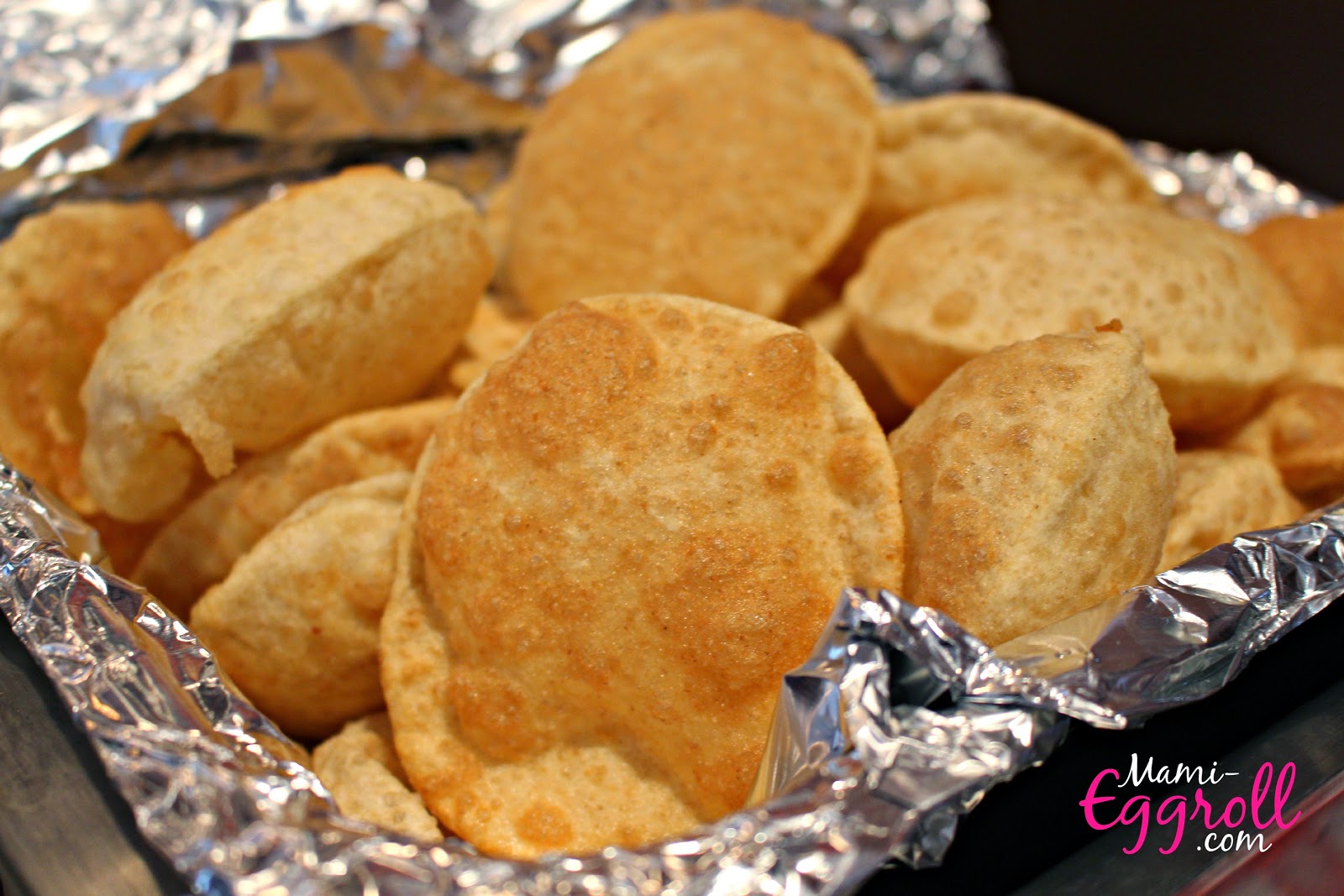 There was a ceramic bowl filled with something I've never seen before, my friend thought it may be the same as the Gulab Jamun less the sweet syrup and not fried. 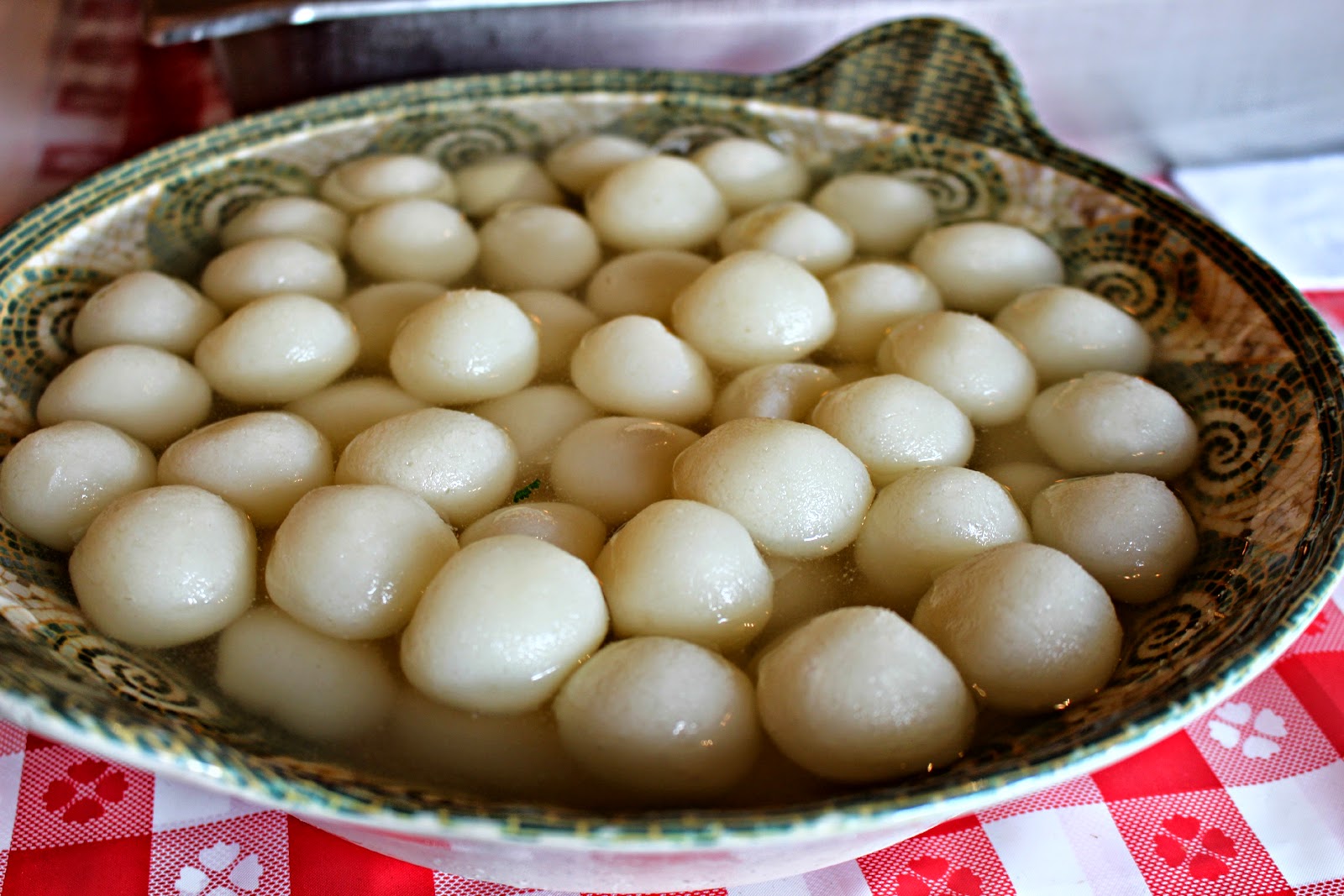 The raita and tamarind chutney was thinner than usual today and I wasn't too happy with it. 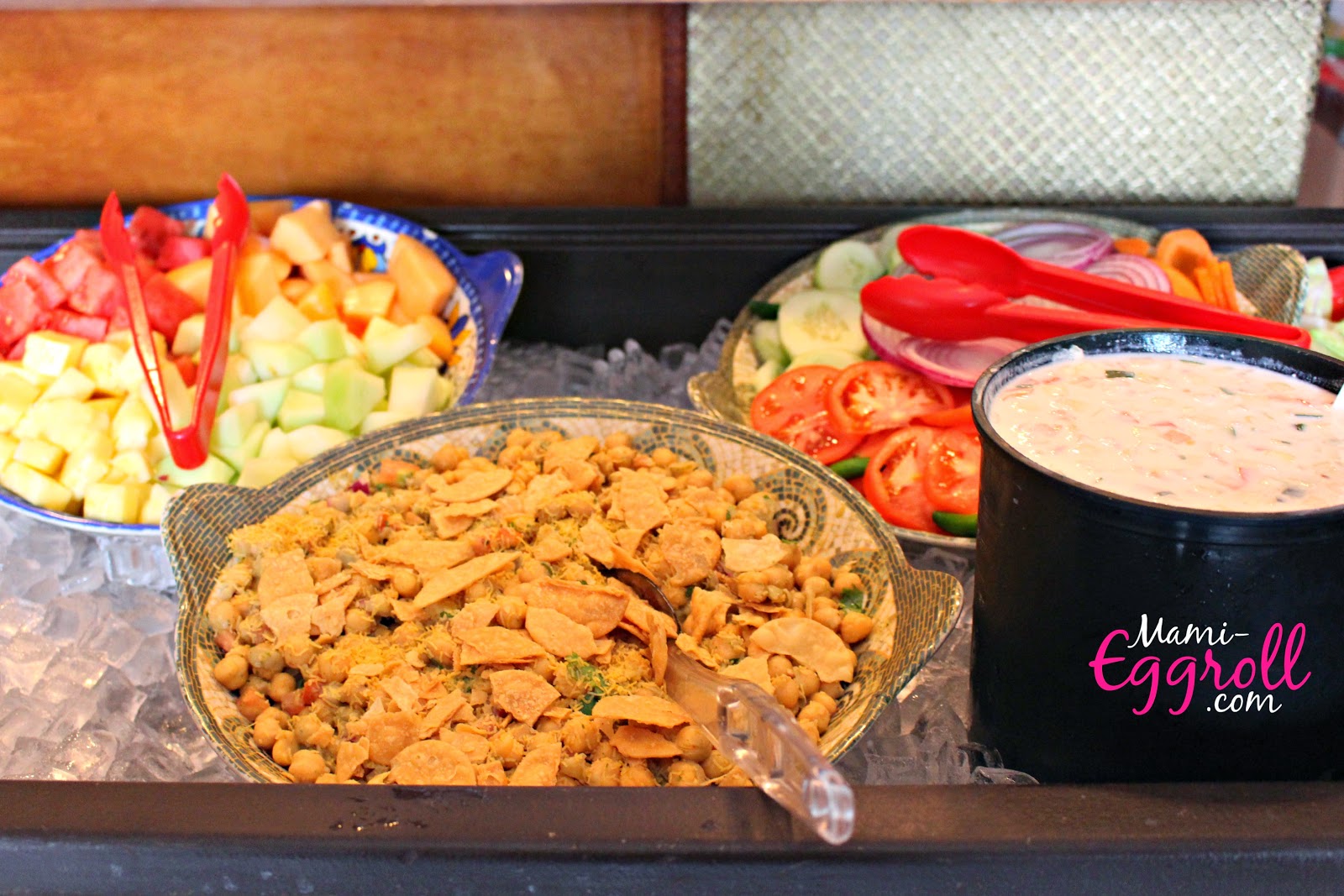 I was really disappointed that chegodilu and idili appetizers were being offered today.  Where'e the vegetable pakoras aka deep fried spinach and onion rings??? 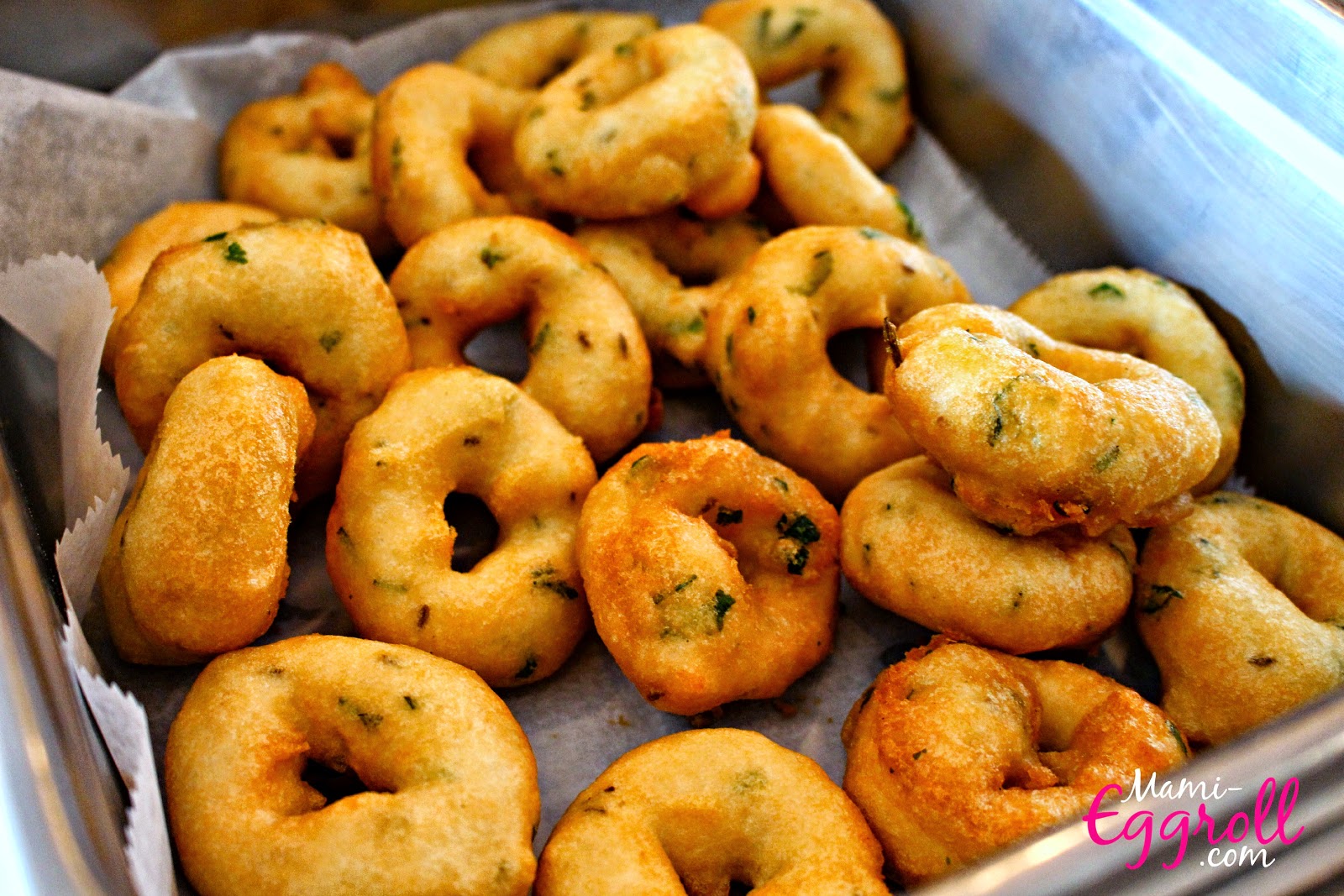 Once I saw the buffet offerings, I felt a little guilty. This restaurant is popular with the local Indian families because of its authenticity and flavors.  Once we got to the buffet dishes, I was like...Oh boy.. there are no samosas, tandoori chicken, chicken tiki masala, what are they going to eat???!?  I came to the conclusion that the weekday buffets cater towards the corporate business parks nearby and the weekend buffets is different.

What they did have was plenty regional dishes that caught my eye: fish curry, vegetable jalfrezi, stir fried bittermelon just to name a few.  For rice dishes, there were plain white basmatic rice, vegetable biryani and my favorite, goat biryani.  Of course, they had naan.

Although the dishes were marked, it was inconvenient to look up, especially when I'm so excited to see food below.  My friend mistaken cheese curd and fish for chicken and felt bad that it went untouched on the plate. 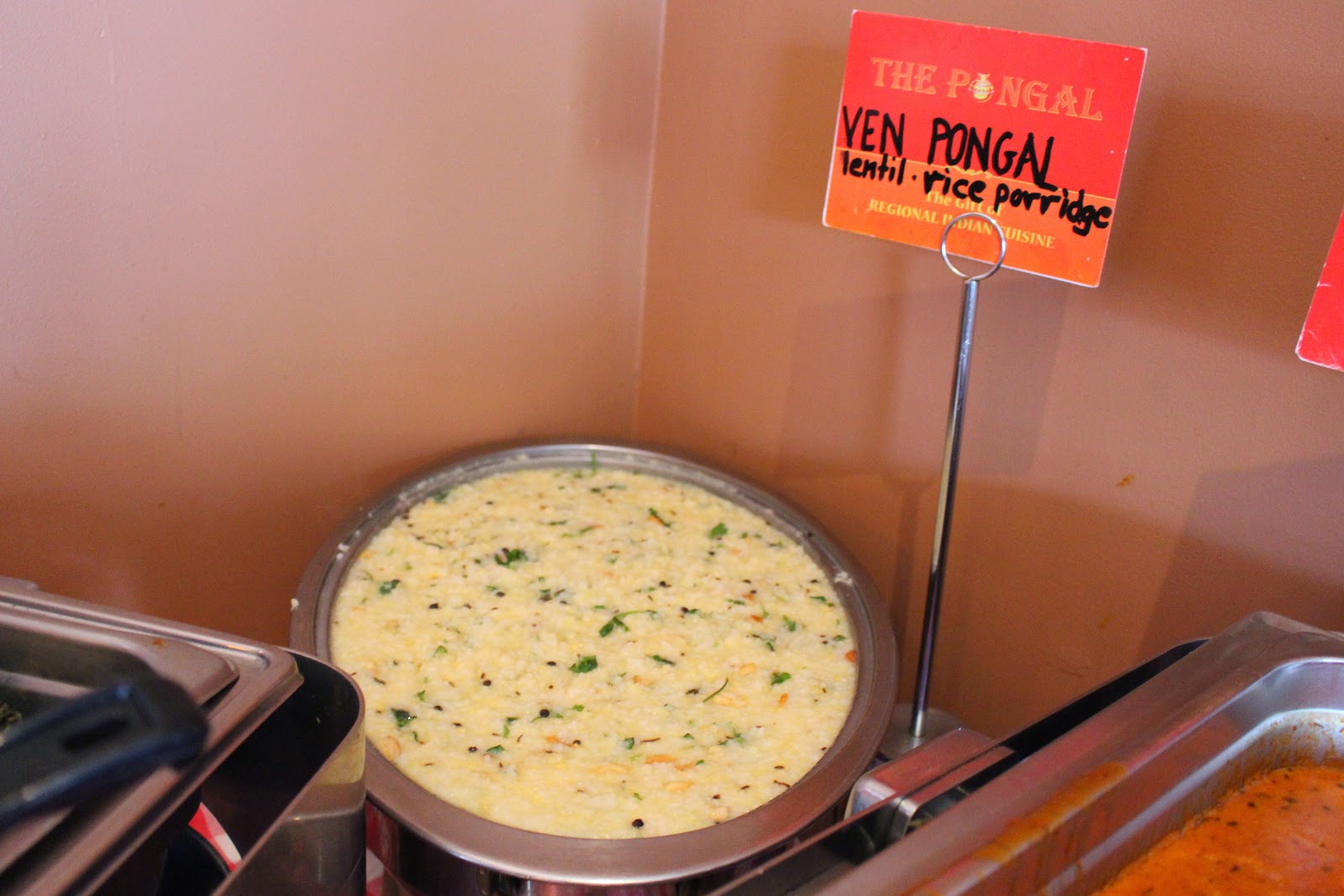 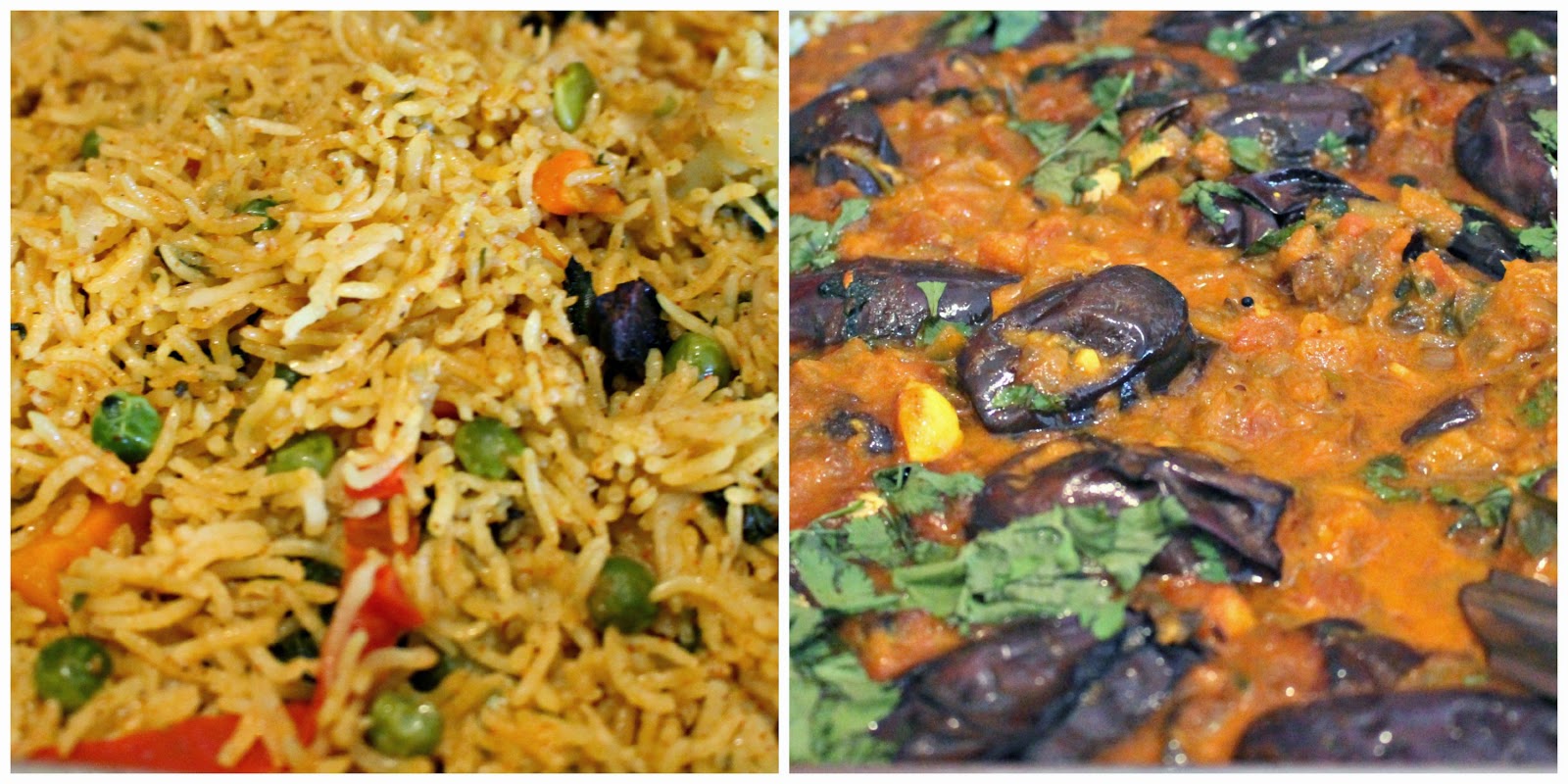 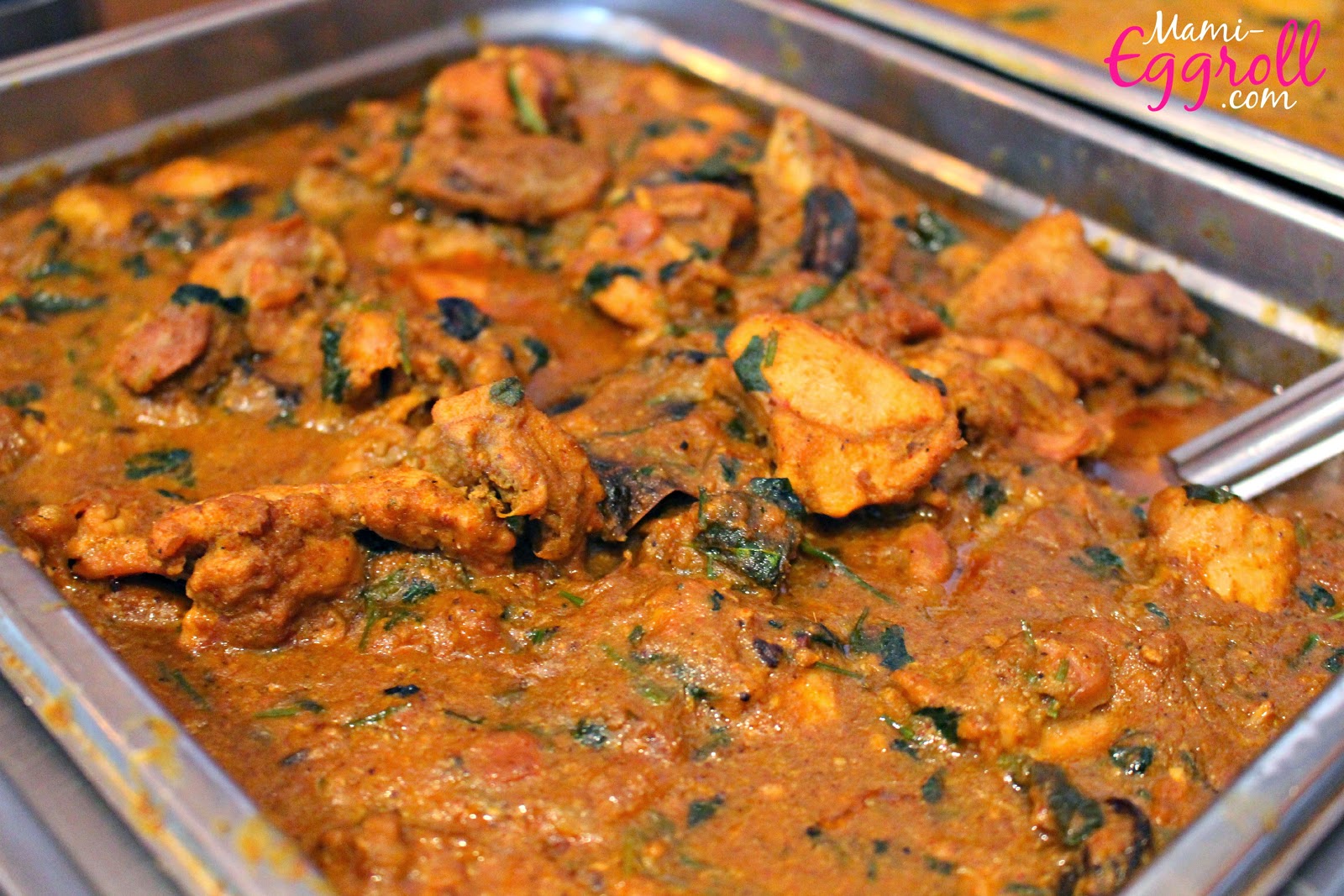 There was a roasted/grilled chicken dish that was reminiscent of tandoori chicken sans the red food color. 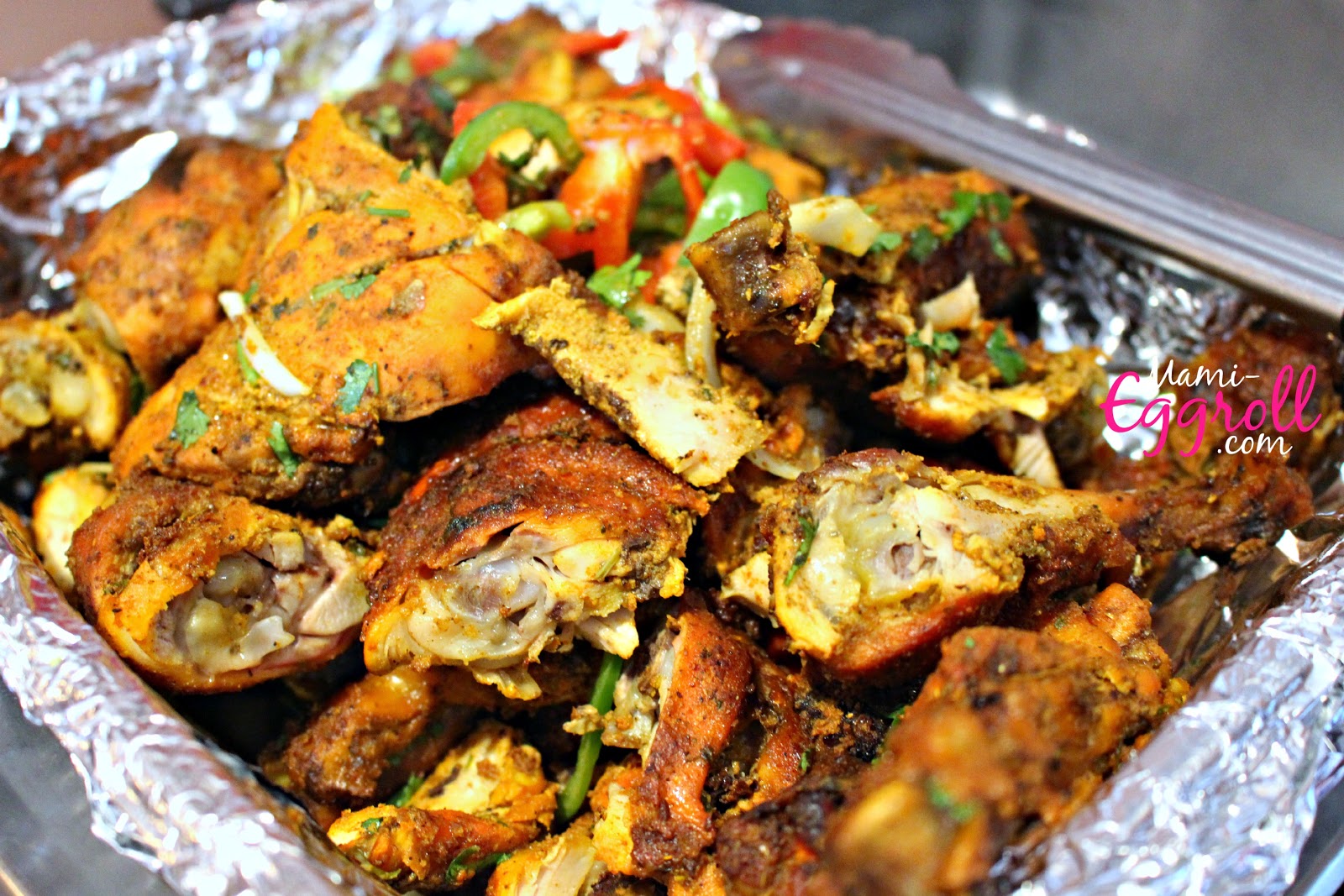 For the Indo Chinese dish offering, there was Chili chicken, it was OK but I was really hoping for Gobi Manchurian. 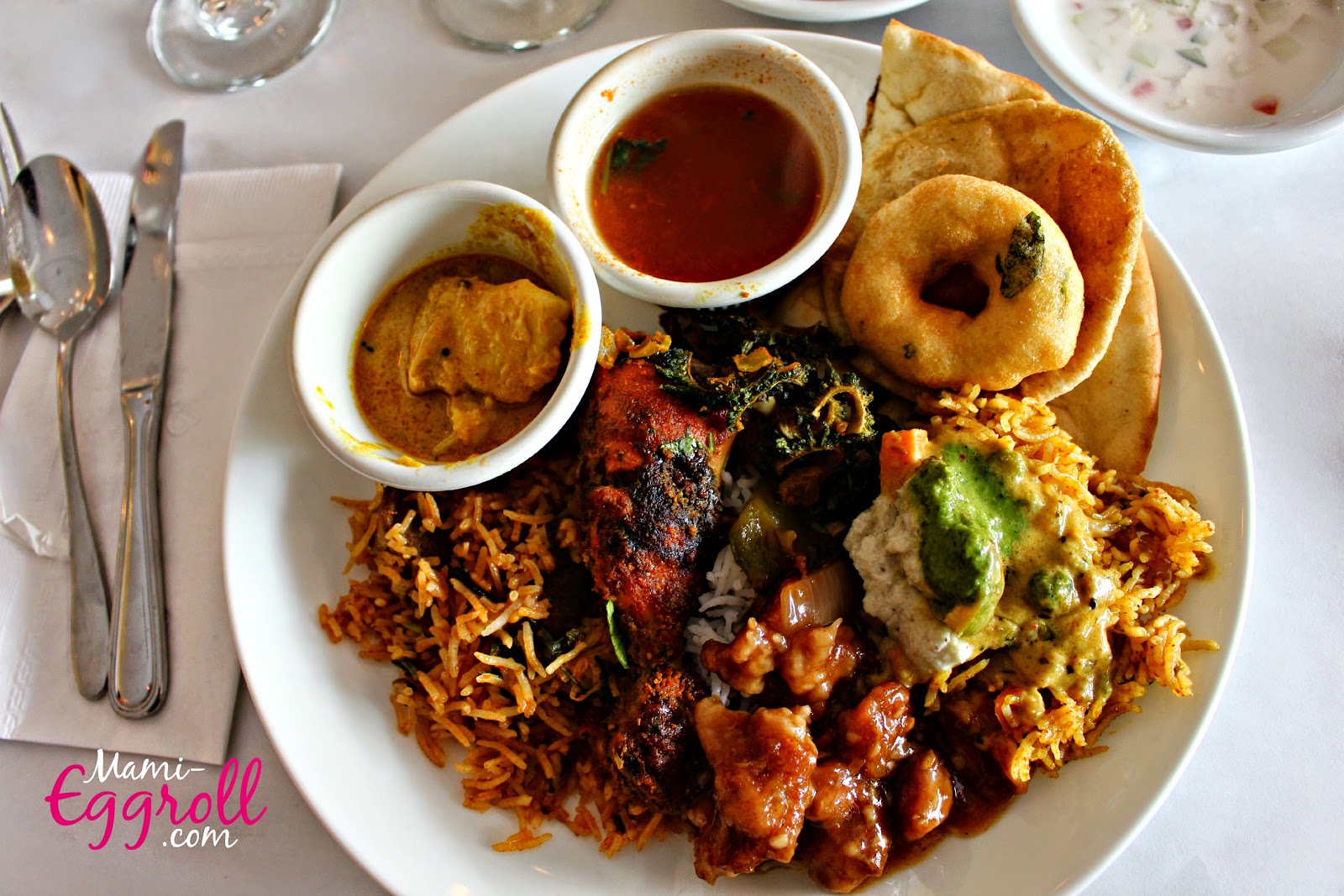 "Made to order" Dosas, (thin crepes with potato filling) was included with the buffet, we ordered one for everyone. For being the only table there, the dosas took forever! I usually start off my meal with dosas but I was enjoying if after my 1st plate. 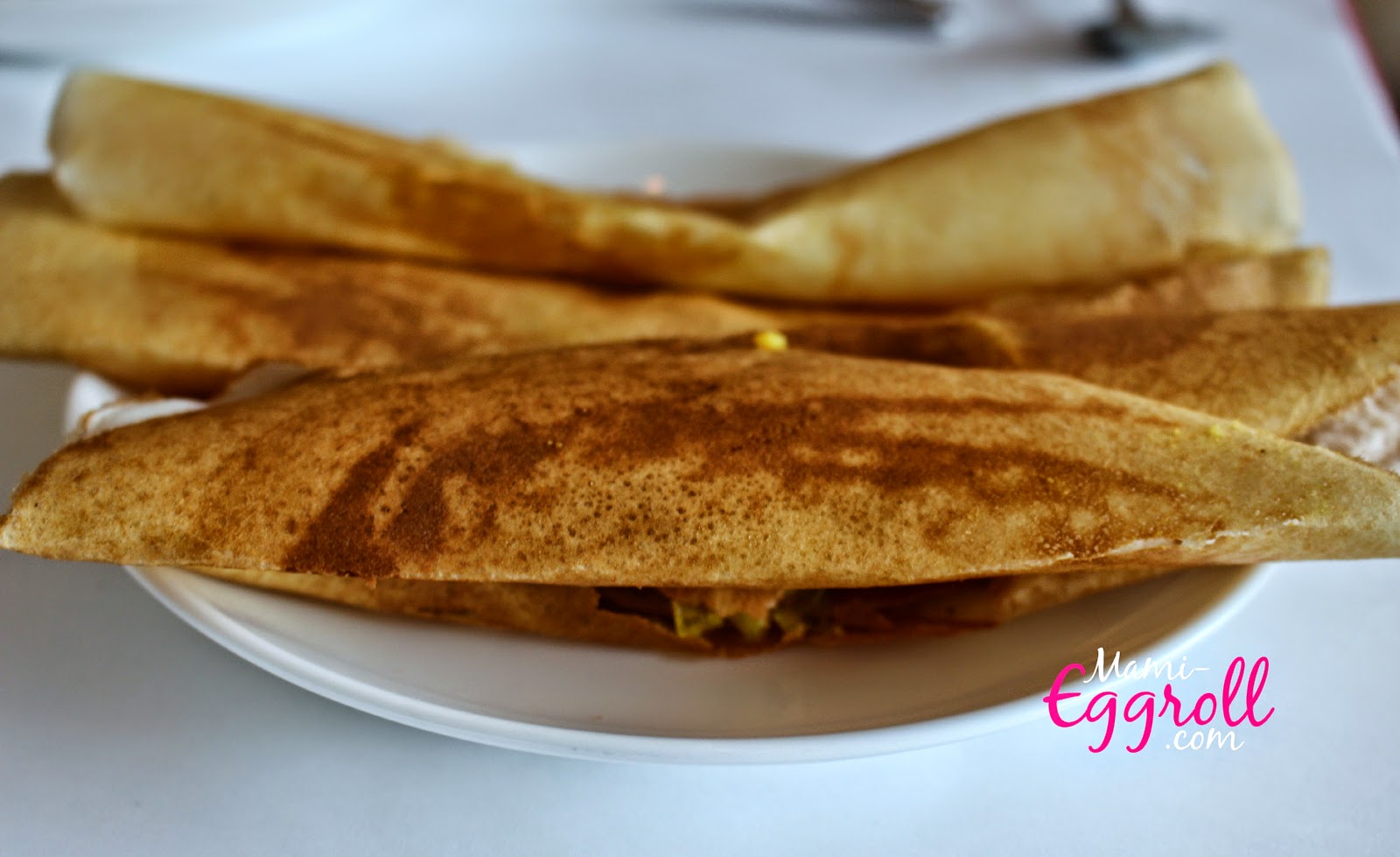 After 12 pm, other diners started coming in and the restaurant picked up.  As the warming trays emptied, the staff was quick to replenish the buffet.  This is what dish # 2 looked like.  The vegetable jalfrezi was very good and I put that shit on everything. 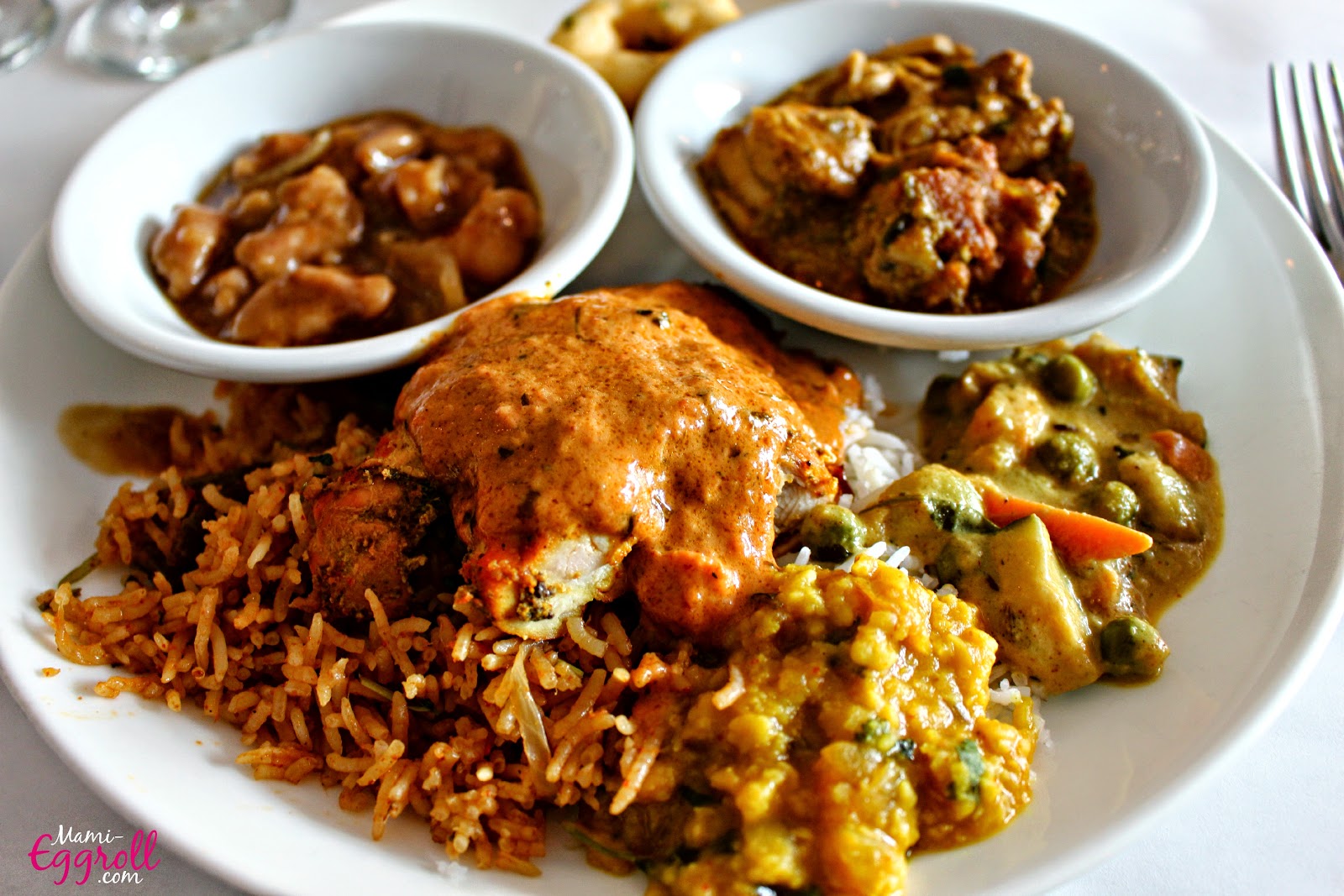 Service was lacking and there was some communication issues with some of the female servers.  We ordered some entrees to go and had to clarify back and forth 3 times.

I was too stuffed for dessert but there was a mango ice cream, gulab jamun and a coconut milk dessert. 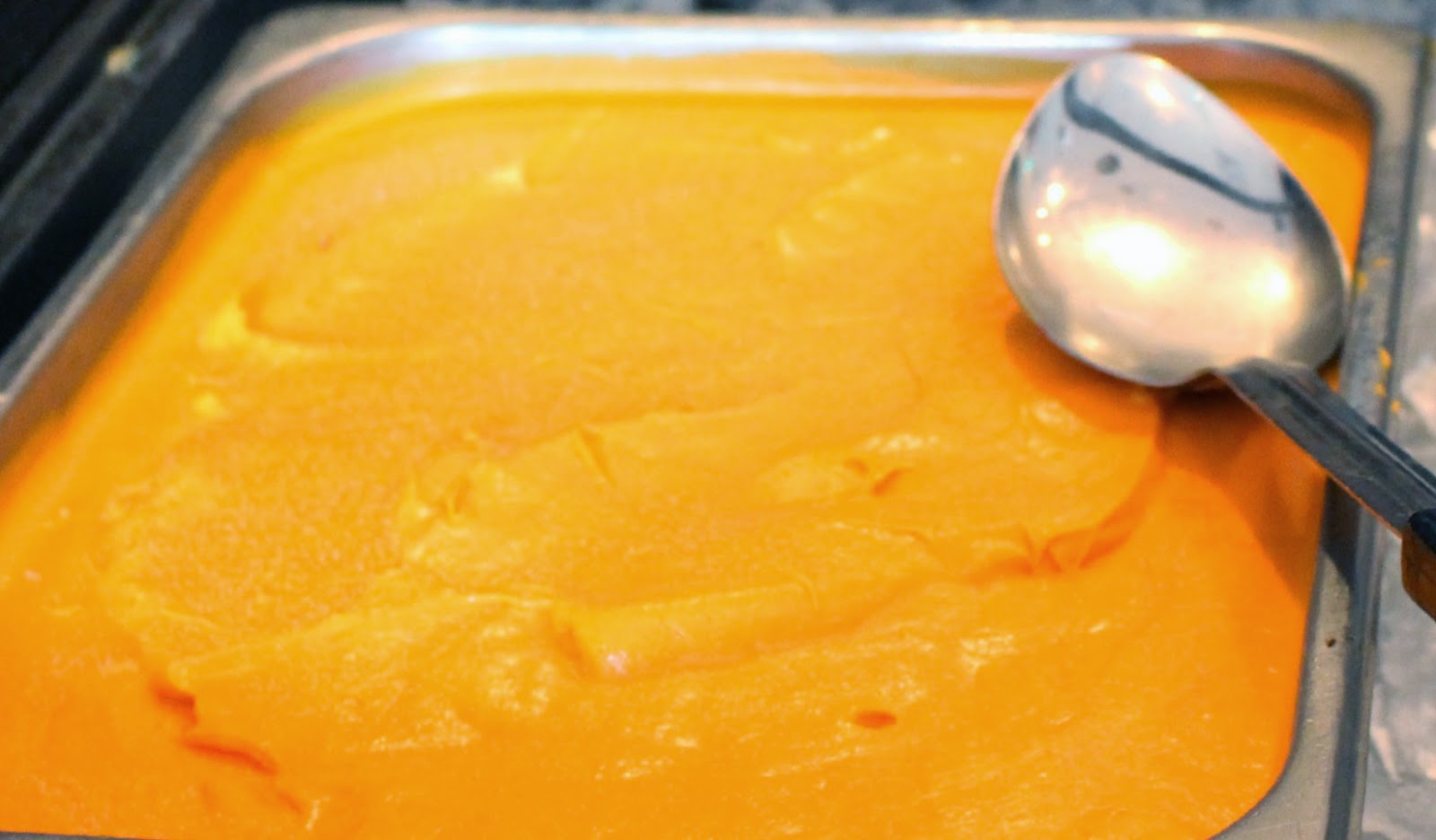 I will definitely be back, but will my friends? Who knows... some say that it was great but part of me thinks they will be much more satisfied at an India Palace-type place with tikka masala and samosas.  I admit, it was my LEAST favorite trip to the Pongal but the other great experience overshadow this one.  I would have been happy if they just served my damn fried cauliflower (Gobi Manchurian).  I was totally stuffed, so stuffed that I went another 7 hours + without eating anything...wine doesn't count ... right?