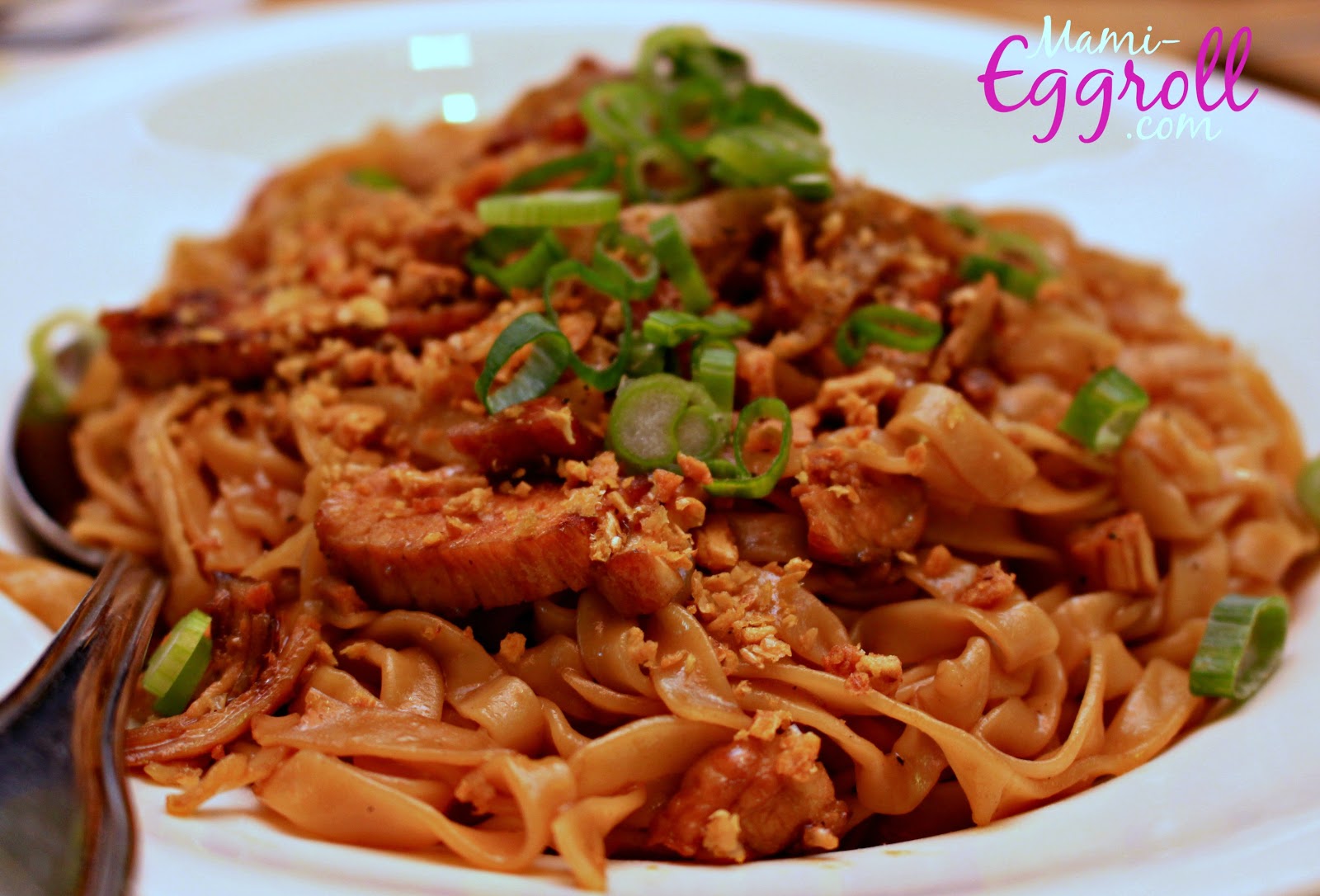 Our friend Syn invited us to a Burmese dinner this past Saturday.  (You may remember him from our wedding for his unforgettable best man speech...which there is a video somewhere out there.)

Syn is planning a 5 week backpacking trip across Southeast Asia next year. In the meantime, he has been planning his itinerary for the adventure and plans to include Burma on the list.

What exactly is Burmese food? I couldn't come up with ONE staple Burmese dish.   I've never had Burmese food before nor did I have any Burmese friends, maybe the exception of just one acquaintance.  I assumed it would be similar to Indonesian food; a cuisine with influence from Indian, Thai, Laos and China with lots of curries and noodles.

I wasn't that far off.  I Go-ogled it and Wikipedia described Burmese cuisine being influenced by Chinese, Indian and Thai cuisine. Similar to the other Southeast Asian countries, abundant fish sauce is also used in their cooking preparations.

Syn's neighbor, Bridget, recommended Yoma Myanmar Tea Cafe in Allston for him to try.  He mentioned it to me and I glanced at the Yelp reviews and photos.  After rounding the troops through numerous Gmail group emails, we finally decided to meet up in Allson Saturday.

The restaurant is located on North Beacon street near many hip bars, eateries, cafes and ice cream shops.  We found street parking nearby and walked over to Yoma. 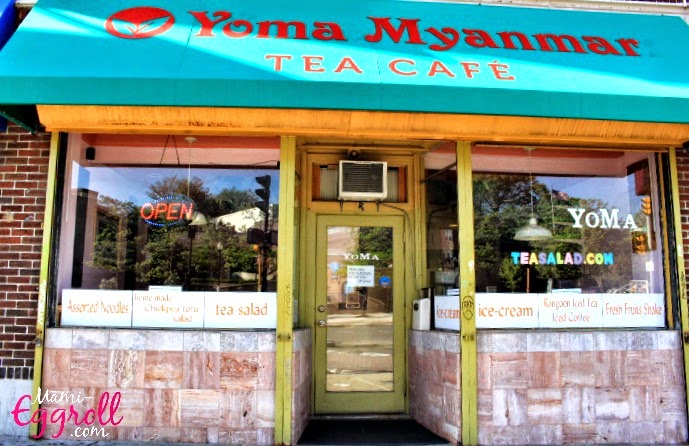 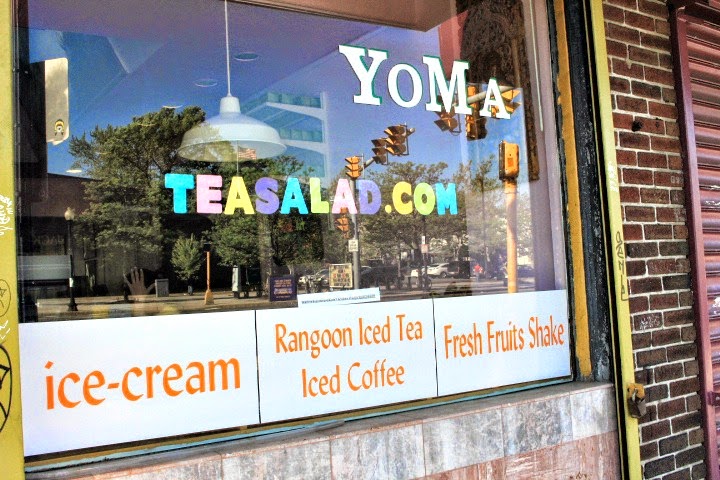 The small restaurant is awkwardly laid out with a divider separating the cashier side from the main dining side.  There was probably no more than 12 tables at the dining establishment. 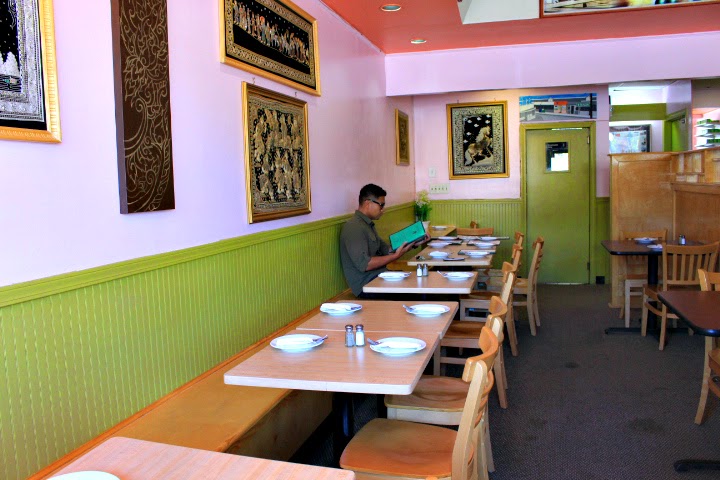 Similar to most Southeast Asian eateries, the decor was plain and basic with some cultural artwork mounted on the walls.  My favorite was a painting hung above the kitchen door.

The restaurant is big on retailing their homemade products online and in the store.  As a matter of fact, the first time I visited their website to view their menu, I thought I was on the wrong site.

There are numerous products on display for purchase including tea kits, tea salad toppings, shrimp balachong, dried anchovies, just to name a few. 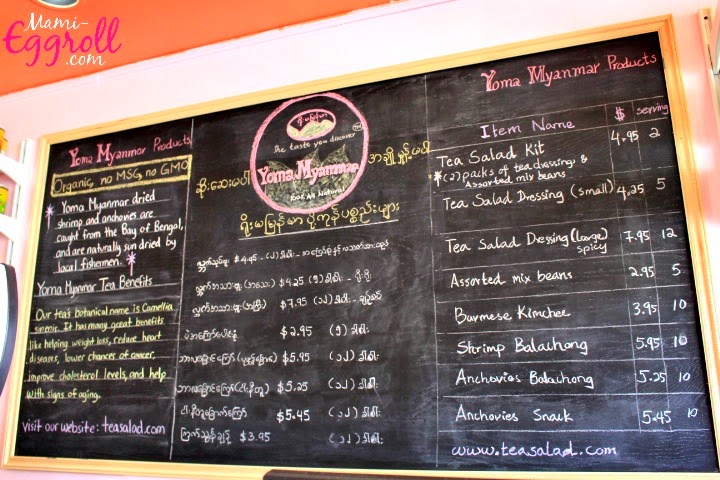 I ordered an iced rangoon tea which tasted very similar to Thai ice tea but less sweeter, which I preferred. 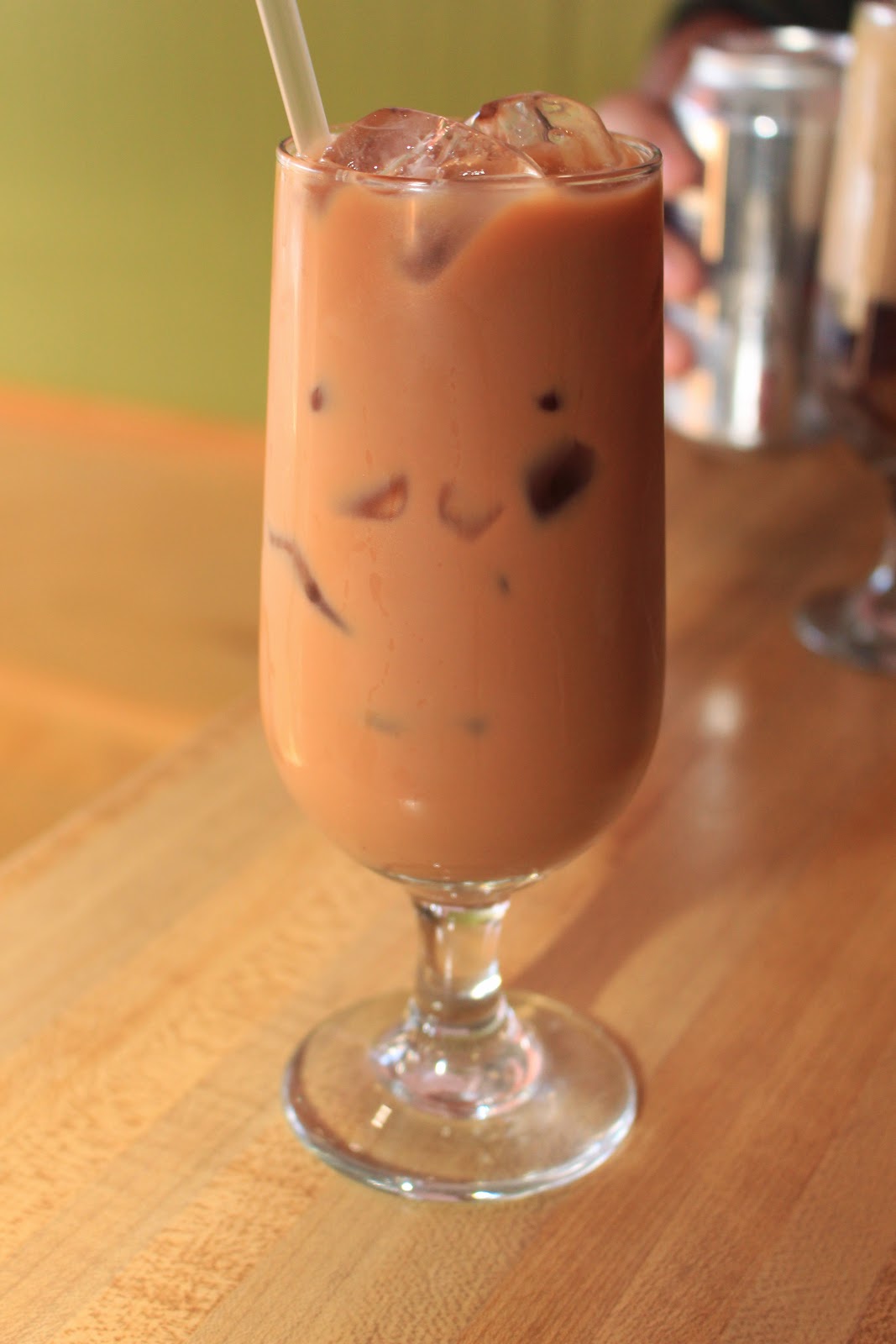 One of the pro's of this restaurant is that you can BYOB since they do not serve beer or wine.  Our friends got a bit carried away and picked up (3) 6 packs and a bottle of wine for 6 people. 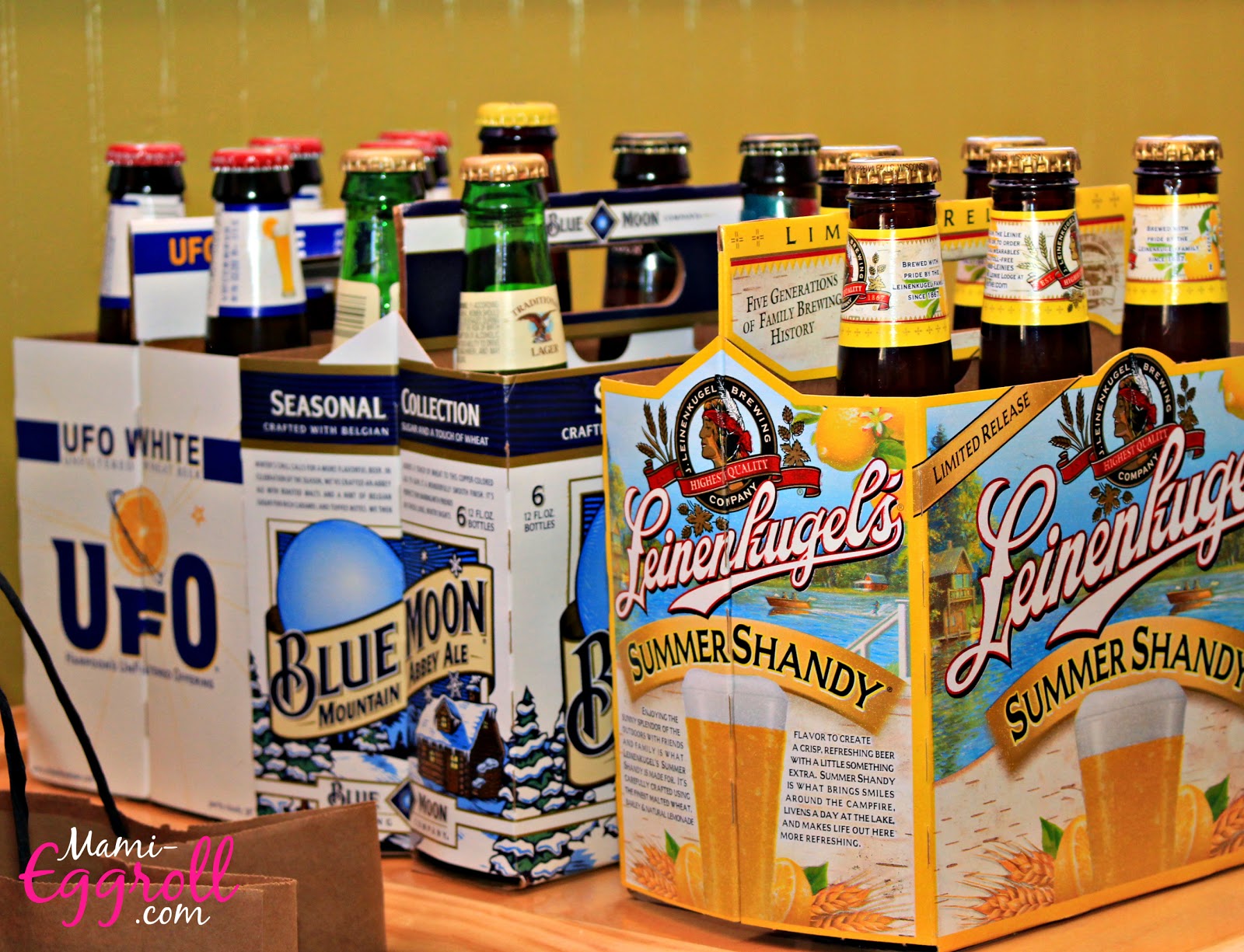 We started off with the Mandalay plata, layer bread with creamy potato and bean sauce.  The dipping sauce tasted like a curry.  The dish was similar to roti canai bread found in Malaysian/Indonesian restaurants or parathas found in Indian restaurants.  (You see, I am seeing already noticing similiarites)

I'm not sure if I was just starving but the flaky breads were delicious.  We polished off two orders along with a separate order of the plata itself. 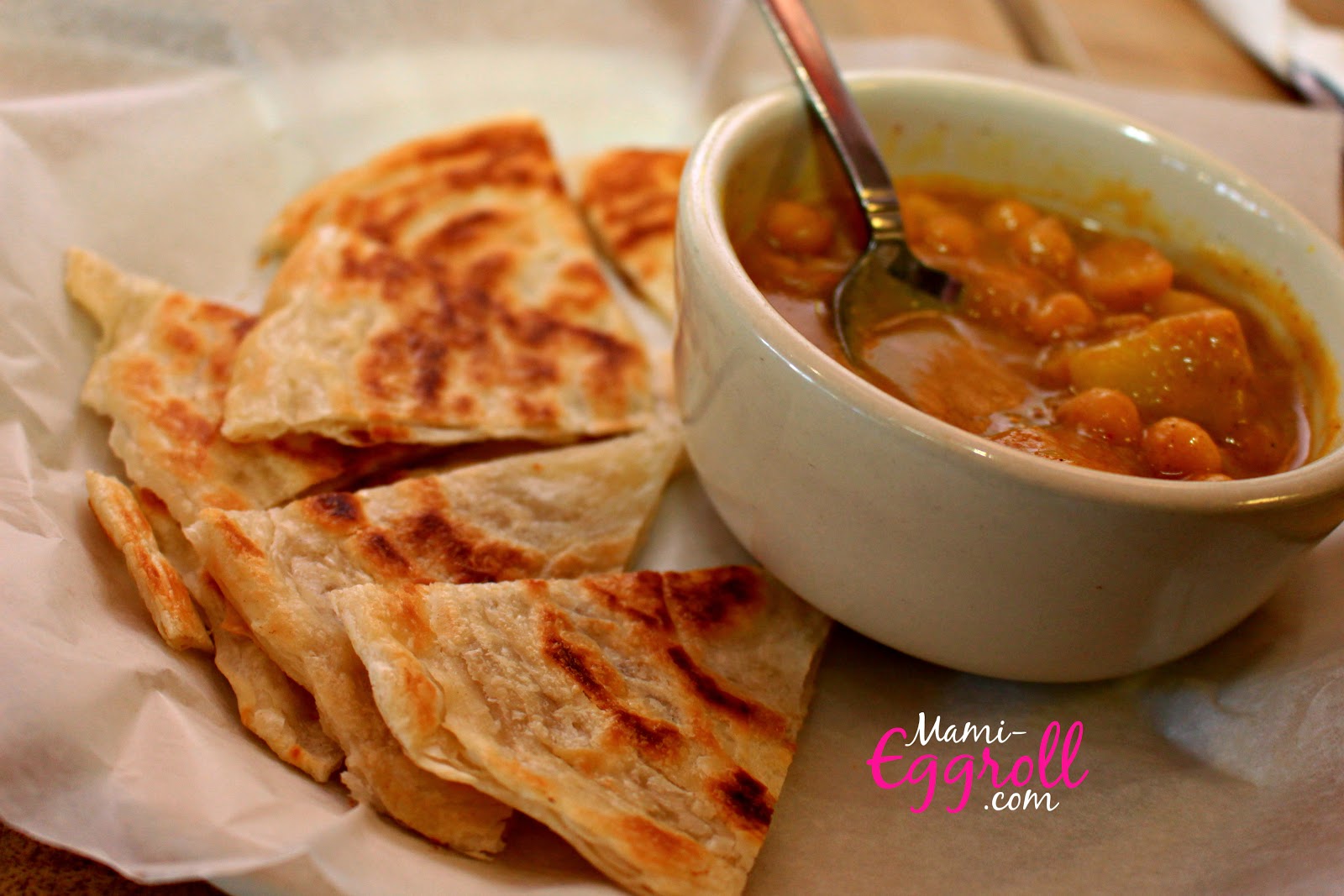 In addition to the plata, we had 2 orders of the shrimp dumplings.  I thought they left much to be desired and tasted like they were previously frozen, steamed and served.  I didn't think they were homemade but baby Noah sure did love them!  The sweet chili sauce also threw me off as I am used to eating giozas/dumplings with soy sauce or some type of sesame/ginger sauce. 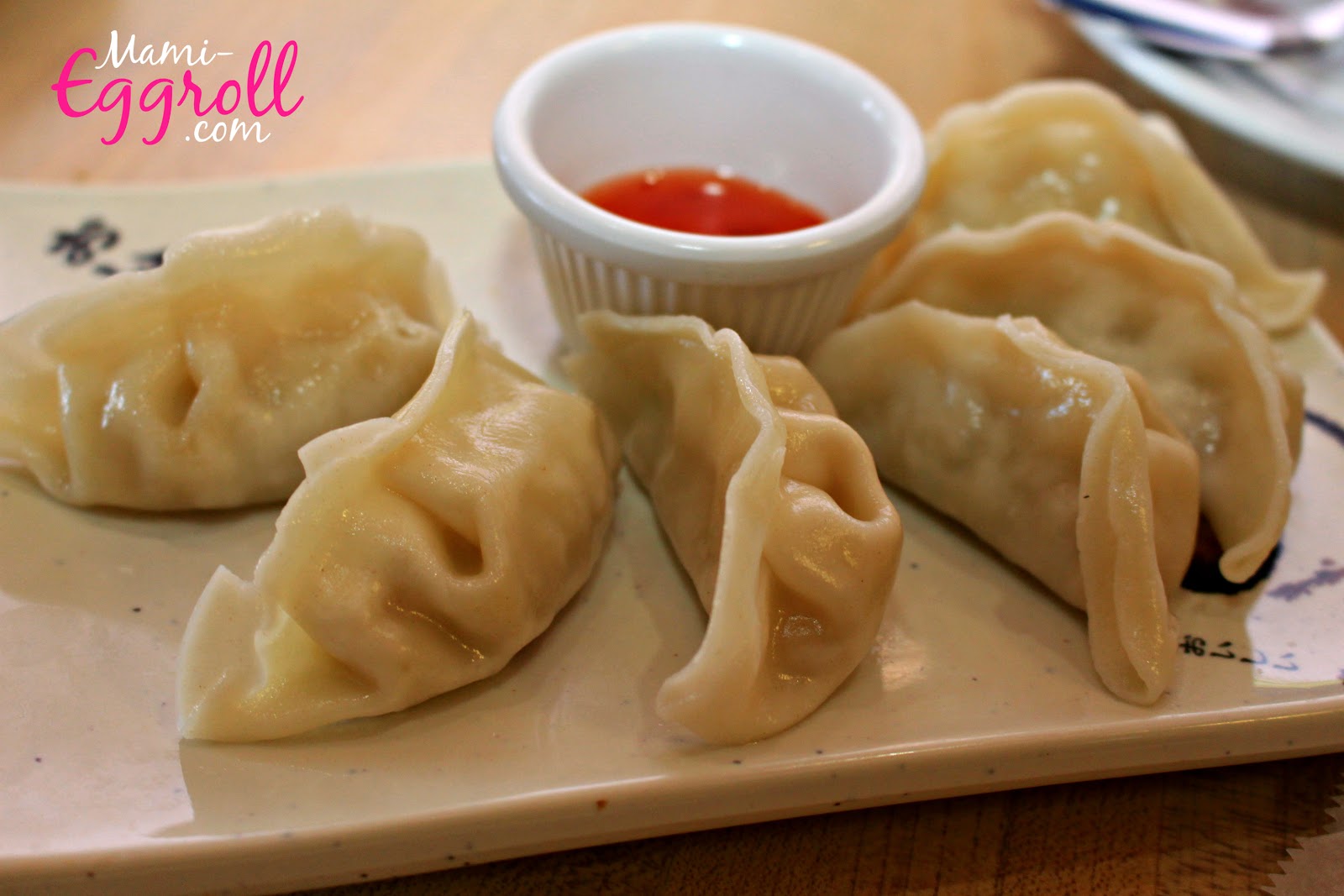 Baby Noah kept us entertained as we waited for our meal. 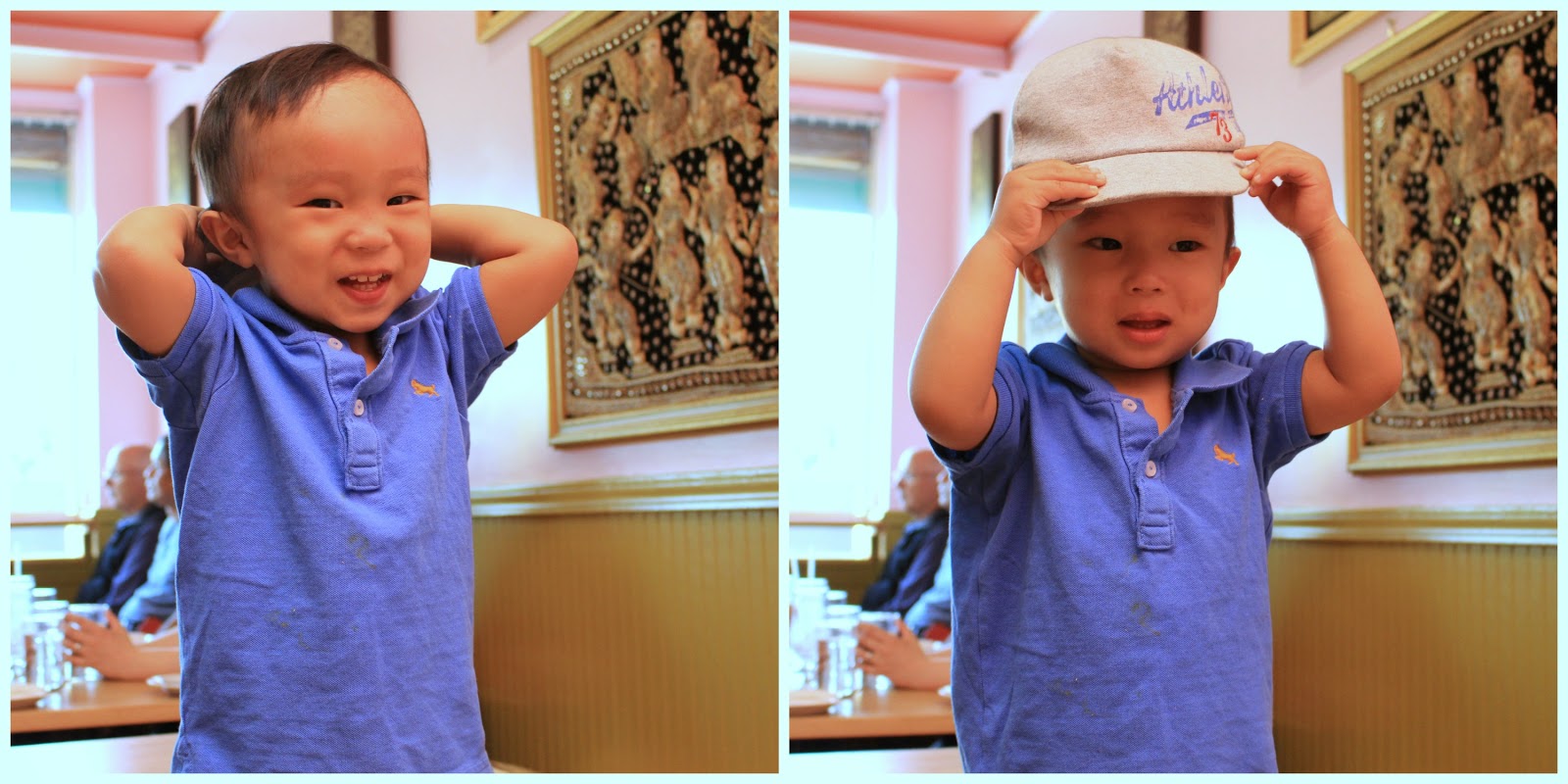 We went the family style route and ordered many dishes to share.  Both Syn and I read about their famous tea salads so we had to get one to try.  The tea salad featured Burmese pickled tea, sesame seeds, peanuts, crispy peas, garlic, tomato and iceberg lettuce.

On the Yelp photos, the salad was shown with the different ingredients portioned out on its own section of the plate to be mixed by the guests.  I was a bit disappointed that our tea salad had already been mixed for us in the kitchen.

Nat brought up that it was reminiscent of a Cobb salad with the similar colors and textures and I agreed.

This is what I thought it was going to look like.
The roasted chicken mango salad was very similar to a staple dish in Thai and Cambodian cuisine. The big difference is that the chicken was roasted instead of boiled or steamed which added a crispy texture to the salad.

The spicy shrimp salad was not spicy at all and also reminded me a of a Thai/Cambodian dish.  The only thing missing was the Thai red basil and lemon grass to make it the same.

We split 3 different noodles dishes among the 7 of us.  The Garlic chicken noodle was the best of the 3, we actually wanted to order another one.  It was a bit heavy on the black pepper but boasted the most flavor.  The dish shared the same roasted chicken from the mango salad.

The other two noodles were a bit tricky.  The simple chicken noodle item was described on the menu as steam wheat noodles, roasted chicken, cucumber, potato, onion, tofu, peanut, garlic, cilantro, scallion and tamarind sauce.  The dish was bland and I couldn't taste any of the tamarind sauce.  It reminded me of lo mein from a Chinese restaurant sans the oil and heavy soy sauce.

The Rainbow 23 noodle dish on the menu looked intriguing.  The dish was a combination of four types of steamed noodles, roasted chicken, mango, cucumber, onion, potato, tofu, peanut, garlic, cilantro, scallion, and tamarind sauce (aka an Asian "Kitchen sink" dish)  Although I was really excited to try it, there was too much going on in my mouth and it left me overwhelmed.

I do love peanuts in my noodle dishes but I prefer them crushed not whole roasted.  It's a bit harder to eat and all most of the salad and noodle dishes had peanuts.

The rice plates on the menu were non descriptive with the exception of what the meat, seafood or vegetables were.  We had no idea how it was going to be prepared and if we were getting a curry, stew or stir fry.  It's like getting a wedding RSVP card that says "Check one, Fish, Chicken, Beef."  Well how am I going to know if I like it if I don't know how it's going to be prepared?  If I KNEW it was going to be a stuffed chicken cordon bleu with the creamy sauce, I would have gotten that instead of the steak.

One of our friends noticed that there were no beef dishes.  Eating beef in Burma is a taboo, similar to Nepal and India.

The "Happy Shrimp" had steamed shrimp, bamboo and potato and was like a curry dish.  It was the best out of the three rice dishes.

Although no one was fighting over the tofu and eggplant, the portion was really small.  There were only 5 pieces of tofu and 3 chunks of eggplants.  It was also like a curry stir fry dish.

The chicken squash dish was like a curry chicken stew.  It was alright.

We ordered a delicious side of shrimp balachong.  The spicy and crispy bits were reminiscent of a Cambodian/Thai "Bok Trey" rural dish made with dried fish, salt, sugar, garlic, msg and smashed with a mortar and pestle eaten with white rice.  My mom frequently makes it and sends us home with jars of it for the Mo. Anything for her son in law.

My friends and "put that shit on everything"!  We topped off our rice dishes and noodles with the spicy shrimp balachong it added a crispy texture and bursts of flavors.  We liekd it so much that we got another of it to eat at the restaurant and some of us even bought some to go to eat with plain rice or rice porridge.

The total came to about $ 150.00 for:
The restaurant was okay but as Nat said, none of the dishes were memorable (maybe with the exception of the Shrimp BalaChong).  With the 45 minute drive from Lowell, it's probably out of the way for us and we probably won't be back anytime soon.

We ended with a sweet treat from FOMU alternative ice cream nearby which is non dairy and made from coconut milk.

Conveniently, there is a recycle bin in front of the restaurant where we were able to toss out our empties. 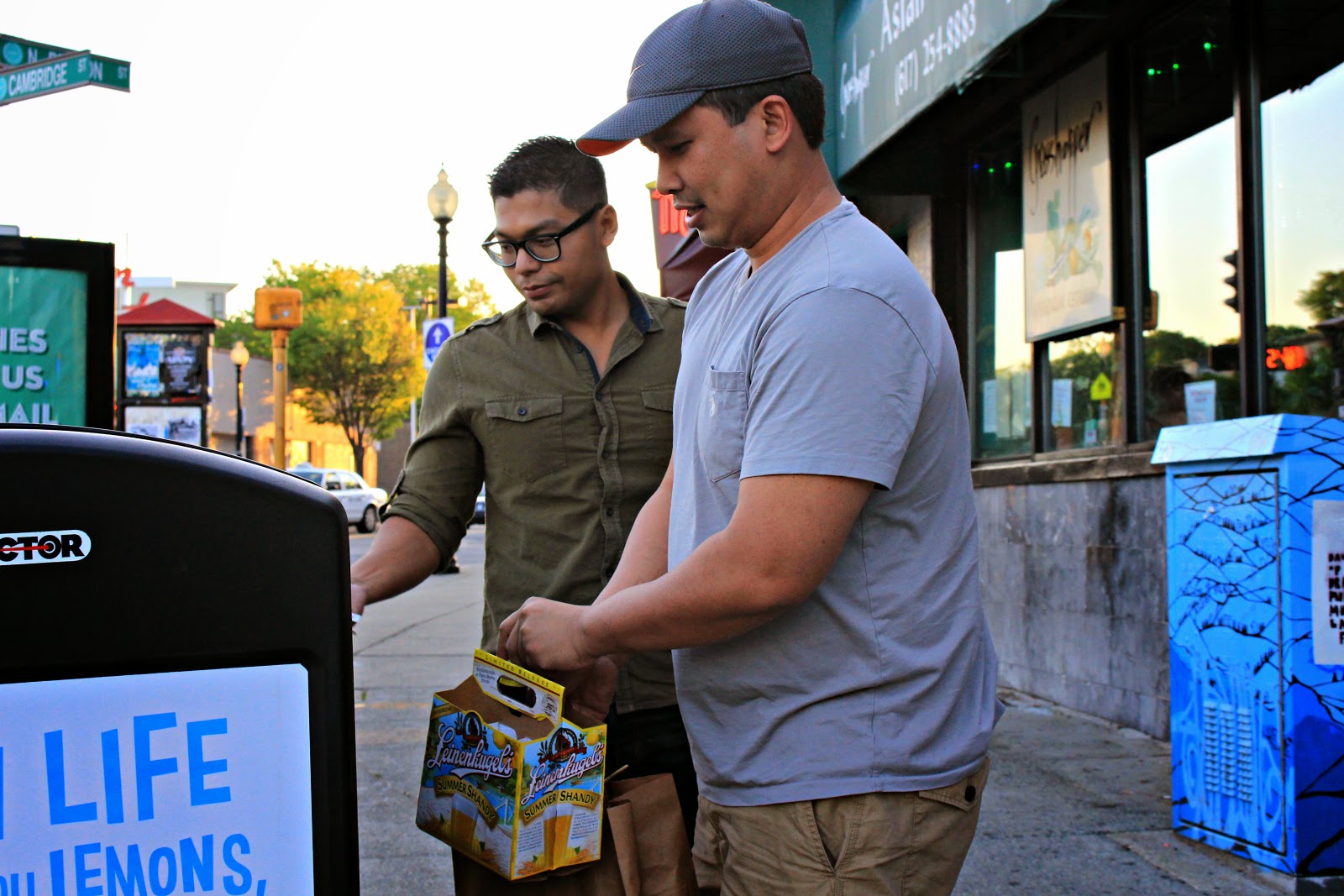