In Mexico, the locals celebrate Cinco de Mayo to commemorate the freedom and democracy that resulted from the French Invasion.

In America, many do not know the significance of Cinco de Mayo only that it's another excuse to dress up in ponchos, sombreros and drink margaritas all night long.

The Mo and I always like to venture out on Cinco de Mayo for a good time.  We usually do Border's Cafe in Burlington but being that the holiday landed on a Monday this year, we decided to stay local and headed to Garcia Brogan's in Lowell. 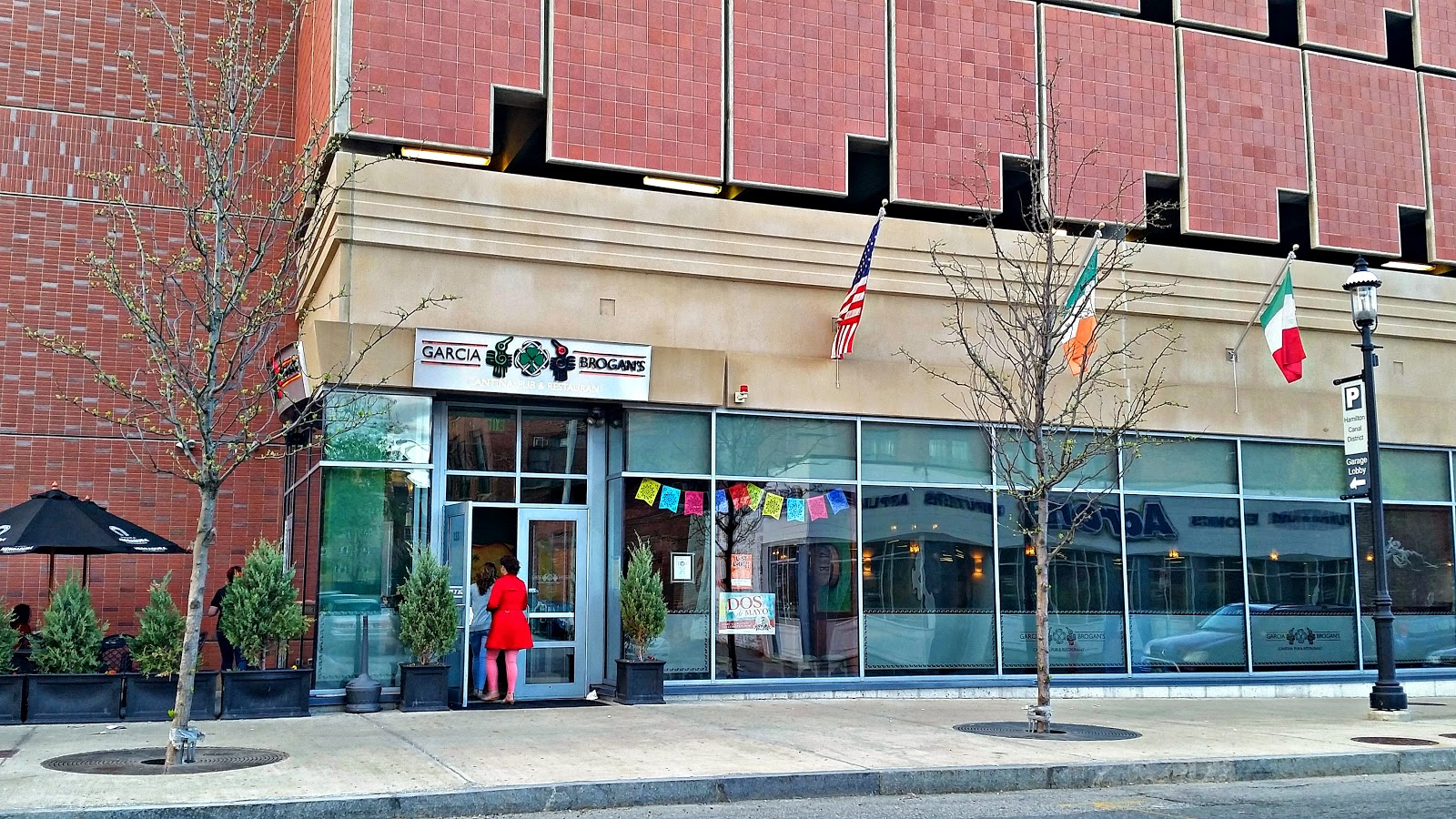 The bar is popular among the Lowell crowd as well people from the surrounding cities.  The clientele is basically everyone who likes to drink.  I've seen corporate white collars grabbing drinks after work at the court house or office buildings and I've seen the opposite spectrum.  I'll keep that vague.  We usually like to go on a Thursday night and grab one of their Cactus Bowls for two.

Since it was mild out, there were people sitting on the patio.  I love that the shrubs and bushes makes the patio area semi private.  The bar isn't located in the most ideal part of DTL next to the transitional living center and parallel to a well known street where "Ladies of the Night" are known to hang out (Appleton Street.) 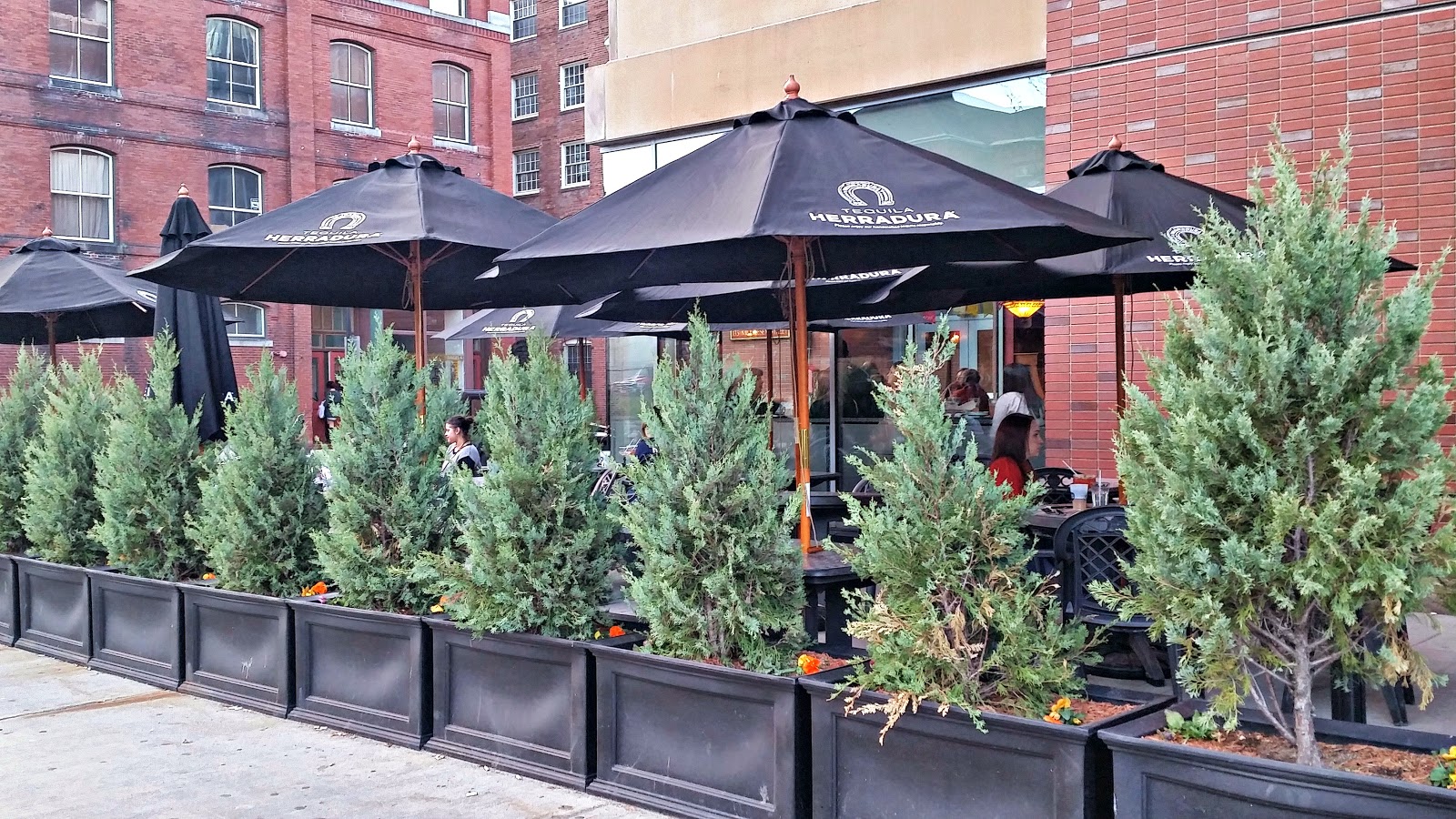 We arrived shortly before 7 PM and the bar was just starting to get busy.  The Mo and I sat at a high top on the "bar" side.  Since I'm not a fan of sour mix, I ordered a Pineapple Dragon margarita made with tequilla, cucumber, jalapeno, agave nectar, mint and pineapple juice.  It was delicious! Not to sweet and not sour at all.  The Mo stuck with Dos Equis draft beer.

I'm not a huge fan of Mexican restaurants but I do love chips and dips, especially when its complimentary and bottomless. 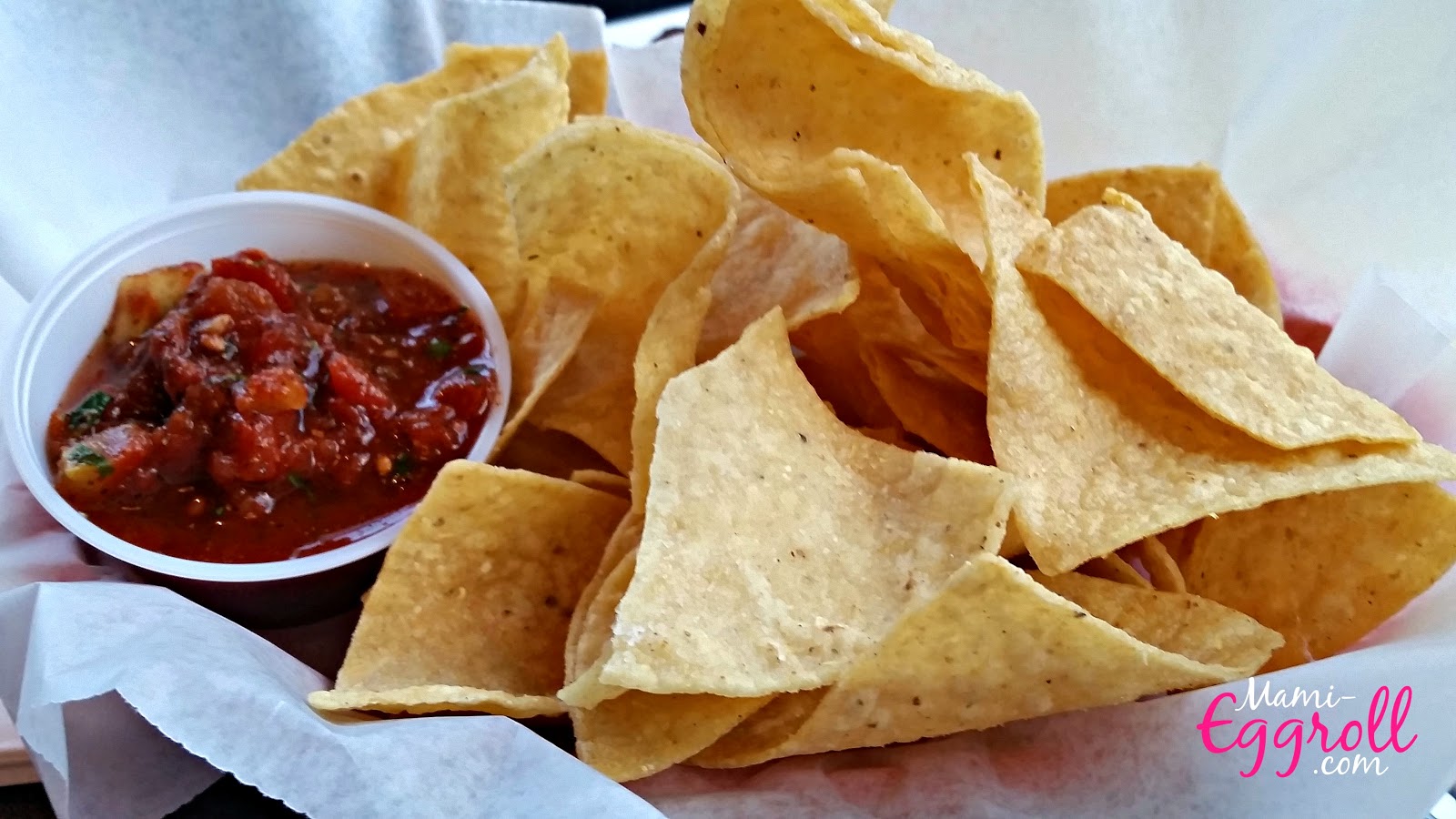 Being an Irish and Mexican pub/cantina, the restaurant features both Irish food and Mexican food along with some pub favorites. There's shepherd's pie and guinness beef stew for the Irish dishes and tacos, burritos, chimichangas for the Mexican palate.

We started of with tostones, twice cooked plantains bananas served with guacamole.  The portions were huge and the appetizer was delicious.  It was my favorite dish at the restaurant.  There was ample guac leftover for me to dip the complimentary chips in.  (Usually, a side of guac is $3.99 on the side)

There were free giveaways throughout the night.  The Avion tequilla girls gave out sample shots and maracas.  The Mo got a free Dos Equis t-shirt. 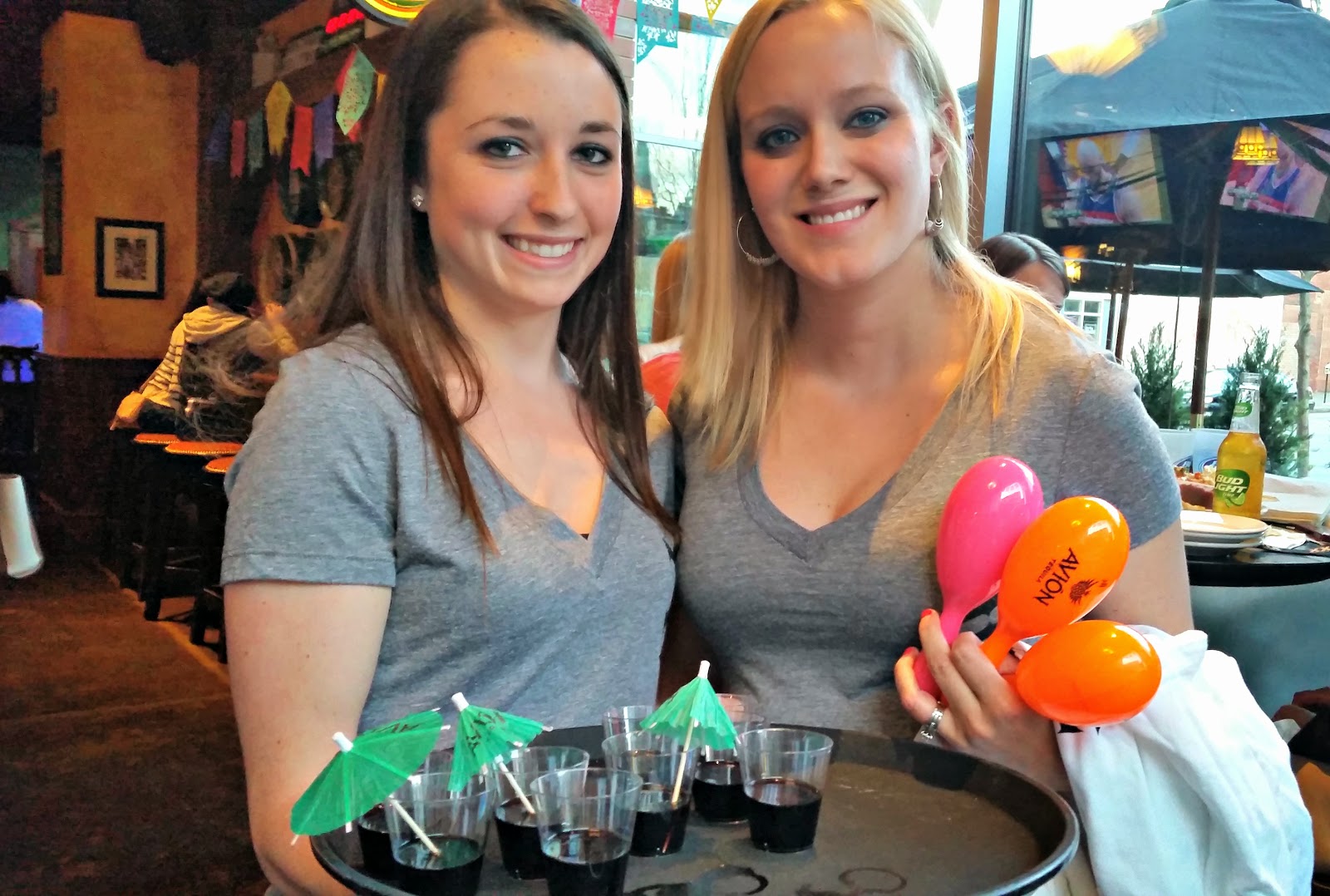 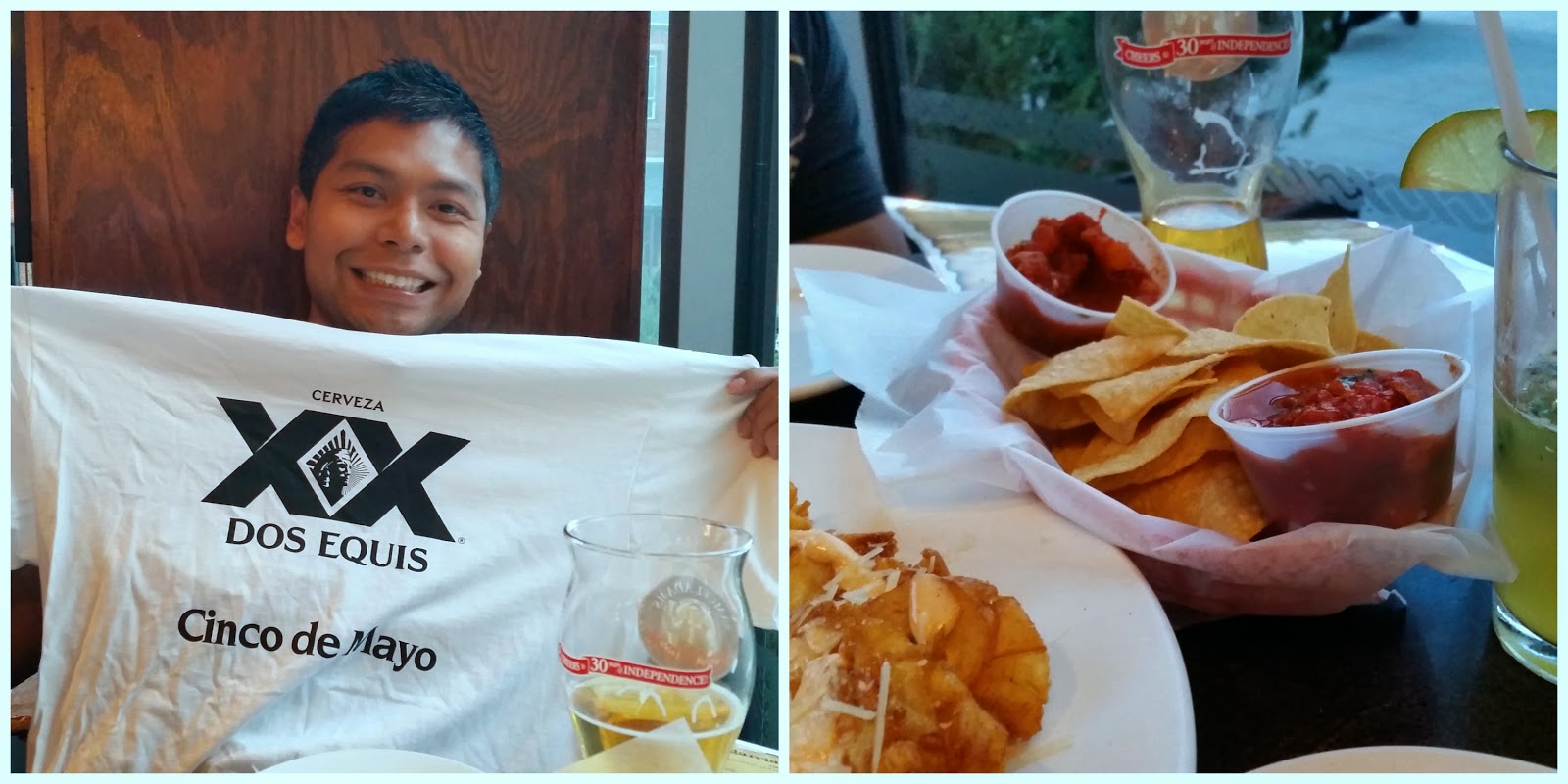 Our friends showed up and ordered more food. 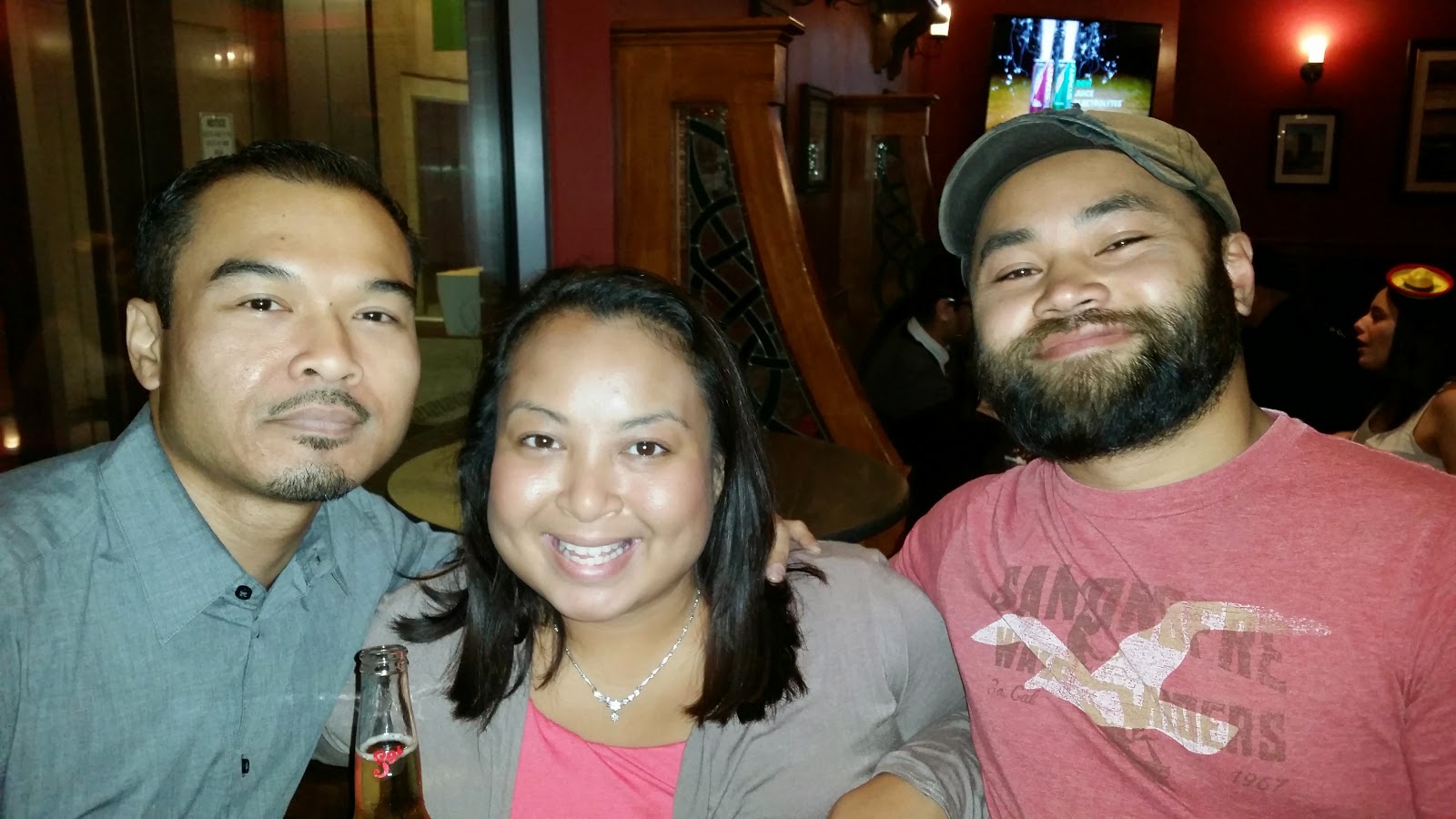 Fish tacos are usually my favorite kind of tacos but I wasn't that thrilled for the grilled tacos at Garcia's.  I'm used to the battered unhealthy artery clogging version and the "grilled" version left much to be desired.  I thought the fish tasted a bit frozen and watery.  On the other hand, I think my friend Sophol disagreed.

For dinner, we got the Dublin sliders with caramelized onions and gorgonzola with balsamic reduction.  The beef patties were moist and sweet.  The bun was lightly toasted and the sweet potato fries on the side was crunchy and flavorful.  Although the dish was listed with the apps, it would have been perfect as a meal for one.

I got a bit creative and added the extra guacamole and tostone on the slider and made an avocado mini burger. 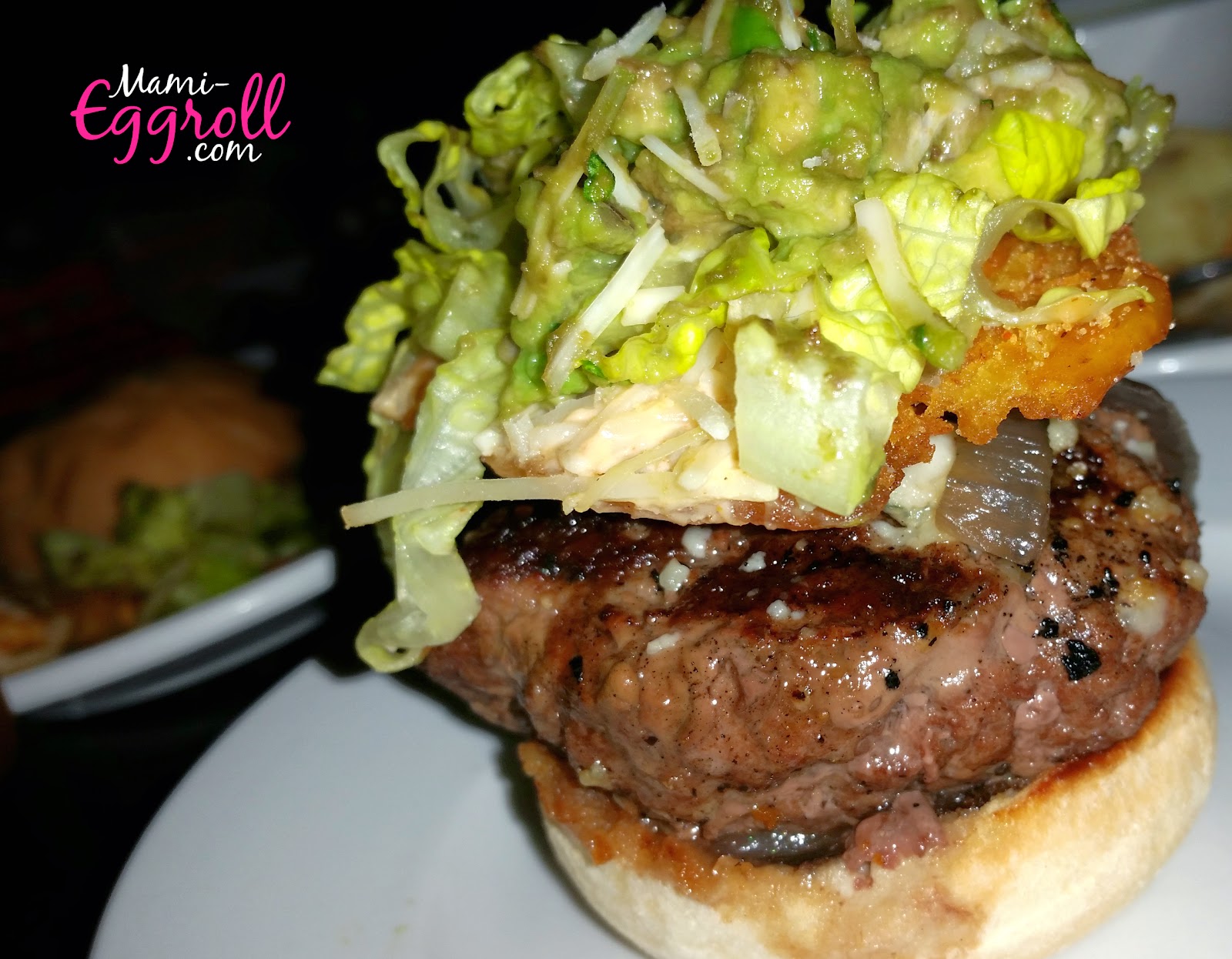 The brogan bites were really cool! The Irish/Mexican dish was a flour tortilla wrap shepherd's pie and deep fried to perfection.  It was almost like an eggroll.  It was really good sans the super salty red pepper jalapeno gravy.

Since it was a work night, we didn't want to stay out late.  There was music being setting up on the other side but we didn't make it there. 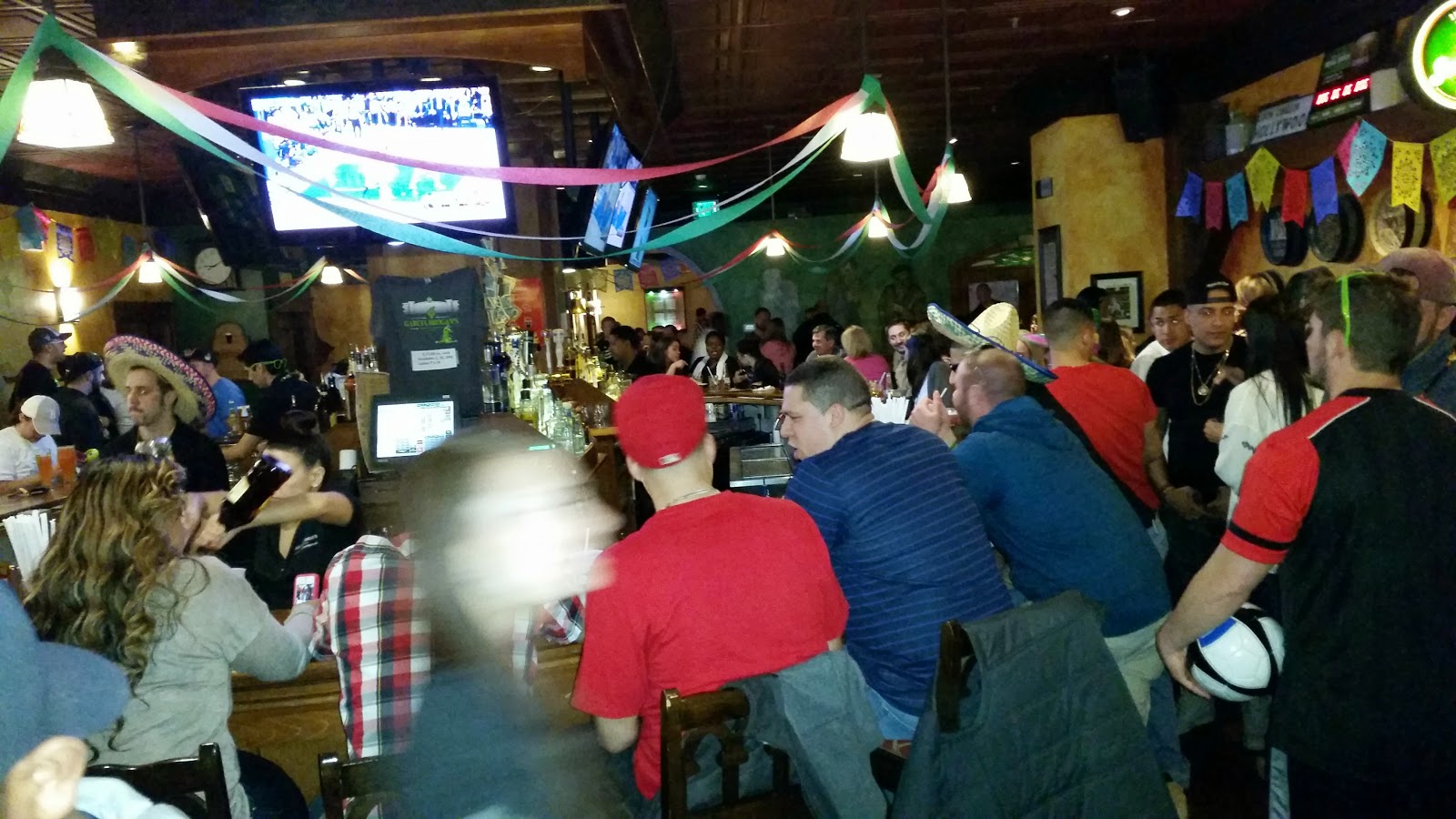