This post is for China Star on Middlesex Street, please go here if you wish to read about the China Star on Broadway Street in Lowell.

After 6 months of much anticipation, I was thrilled to see my fellow Facebook friends hype up the grand opening of the new China Star Restaurant on Middlesex Street.

The Mo and I love the Asian "brunch on wheels" but sometimes its a hike to go all the way to Chinatown in Boston with the parking and waiting issues.  Occasionally, China Pearl in Woburn does the trick when we don't want to make the pilgrimage all the way into the city. 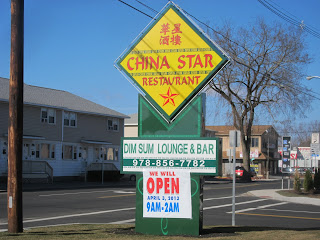 We made plans to take out "Little Neak" (the Mo's brother) for brunch to celebrate his dirty 30 birthday.  Since this would be the first opening weekend, I imagined the place would be mobbed and packed.  I came up with this "brilliant" idea to meet at the restaurant 15 minutes before it opened at 9:00AM.

I was a bit apprehensive because there were many mixed reviews on Facebook.  Some people loved it and many thought the new restaurant was overpriced with poor quality food.  Many agreed that the service was poor.

We used the back entrance of the parking lot and it was empty besides the 3 large white 16 passengers vans parked in the back. I imagined the vans are used to transport the employees from Chinatown to Lowell. 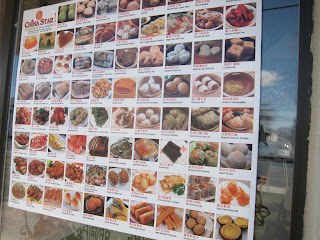 We got there a couple of minutes before 9:00AM and the parking lot was empty. The joke was on me.
We walked by a poster displaying their Dim Sum offerings that made my mouth salivate.  We were the first patrons in the restaurant that morning and the crew was hustling and busting to get the tables set up with tablecloths, hot sauce, soy sauce, etc.

The decor of the restaurant is in line with the other Chinatown eateries.  There is a raised "stage" area with dragons and Chinese letters on the red wall and different Asian inspired artworks and murals around the restaurant. 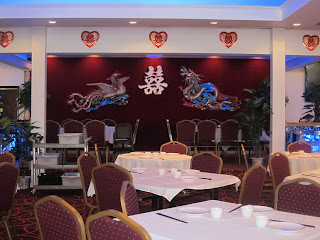 There was a nice bar/lounge area displaying liquor so one can assume they have their liquor license.
My assumption is that they are bringing Chinatown to Lowell by offering authentic "Chinatown- like" Chinese cuisine including dim sum brunch, a lounge and an extensive late night menu great for after a night at the Lowell bars.

After sitting and catching up with one another for about 15 minutes, the anticipation was over and the carts were unveiled. We recognized many of the ladies pushing the carts from Chau Chow in Boston. 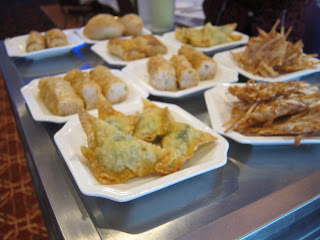 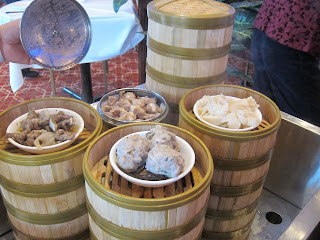 Since it was still early in the morning, the selections were very limited. We were only able to get a fraction of our usual dim sum staples.  Although the carts did come around quick and frequently, the offerings were same.

Here's a quick run through of what we ordered: (Please excuse the spelling)

Har Gow: (Shrimp Dumpling) Hot and Fresh and tasty, how can you really mess that up? 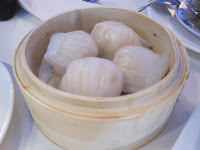 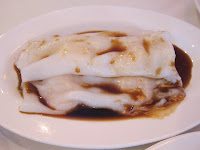 Hor Yip Faan: (Sticky rice in lotus leaves) tasted bland and it had peanuts? I've never had it with peanuts before 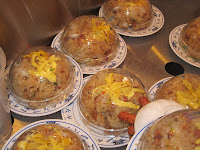 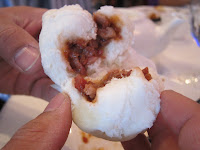 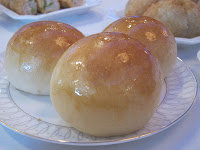 Fried Shrimp and Pork Dumpling: Tasty and hot! Will get again! 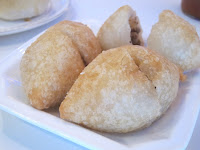 Pork Spareribs: Not this one is tough... I'm not sure if we ordered the wrong one but I didn't see the usual pork spareribs with black beans and black peppers. This dish was bland and served on chow foon noodles. 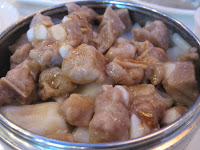 Lobster Dumpling: This was delicious, we had 2 orders and they were both devoured.  One of the guys said it was the best thing at the table.
Fried Shrimp Tofu Rolls: Room temperature, a bit chewy, was just OK 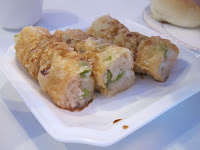 The table ordered chicken feet but I didn't have any so I can't review it. It was served on a bed of white rice so I thought that was kind of cool.

Throughout the meal, no one came by to check up on us. We had to constantly ask for water, then ask for it to be refilled a couple of times.

I was disappointed fried crab claw balls, baby clams in black bean sauce, Chinese broccoli, calamari was not available yet.  We didn't have any sweets so I can't comment on that.  I did see a fried durian roll on the menu that looked intriguing.

Another let down was their chili sauce. I'm used to hot chili oil in Boston or Woburn but the chili sauce they offered on the table resembled the garlic chili sauce with the green lid. 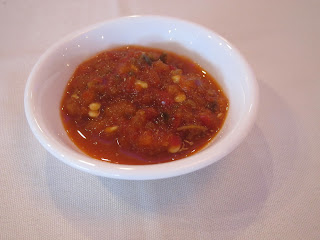 For a "Grand Opening Weekend" you would have thought they would pull out all the stops and make sure everything was up and running efficiently.  They did not have their stuff together and it definitely appeared that they had a lot of details to iron out.  I even had to walk up to the desk for them to add up our check since we couldn't flag anyone to come over to our table.  Our bill came out to $66.00 for 6 people. Not bad compared to what we usually spend, then again, we didn't get our usual dishes.

We will most likely come here again due to the convenience and to get a quick "dim sum" fix.  Hopefully they will get their act together.

I'll post another review for the Chinese entrees. TO Be CONTINUED.....

The Mo and I actually went back TWICE this past weekend, both Saturday and Sunday. I've decided that its best NOT to go too early. Similar to our original experience, we went really early on Saturday a little after 10:00 AM and the selections were the same. We only spent $17.00 for the both of us TOTAL.

Feeling like we missed out, we went back later on Sunday, past 11:00 AM and we got everything we wanted.  There was a hot food bar set up in the back with our favorite dishes including fried spicy calamari and baby clams in black bean sauce. 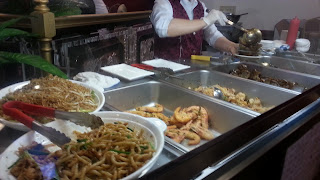 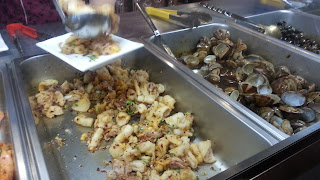 At the table, we got more shrimp har gow and the delicious crab claw.  I must say that I actually like that  its only one per an order.  One is plenty for us to share! If we were really hungry, we could have got two! I was happy to see that they had pork spare ribs by itself and not on chow fun noodles.

The ribs weren't as tasty, tender and flavorful as China Peal Woburn or Chinatown Boston.  Our Sunday trip only set us back $28.00 for the two of us. 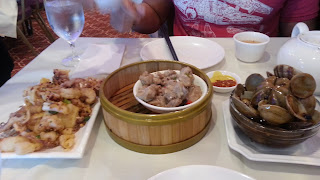 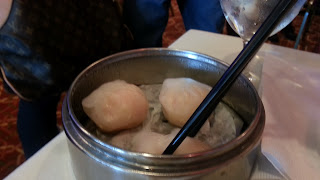 Lastly, the did have the spicy chili oil that I love so much! All this time, I thought they just had the chili garlic sauce, Tabasco and hot mustard.  You have to ask for the hot chili oil and it may be difficult with the limited English some of the waitstaff has.
This experience was much more pleasant! The food was hot and the servers were attentive and our water glasses were never empty!

Here is an abridged version of the Dim Sum menu

Update: 5/18/2014
I also did another blog post about the restaurant here 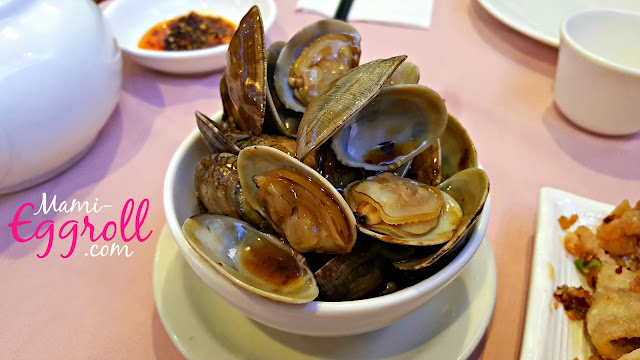 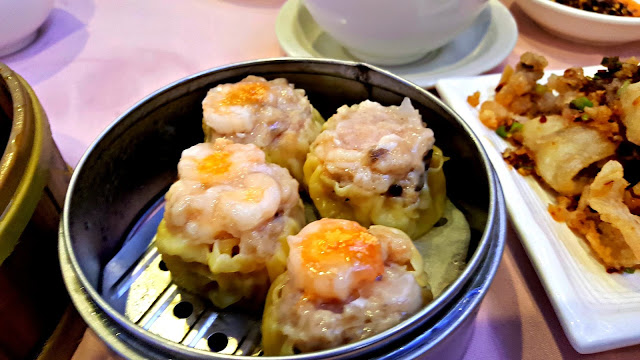 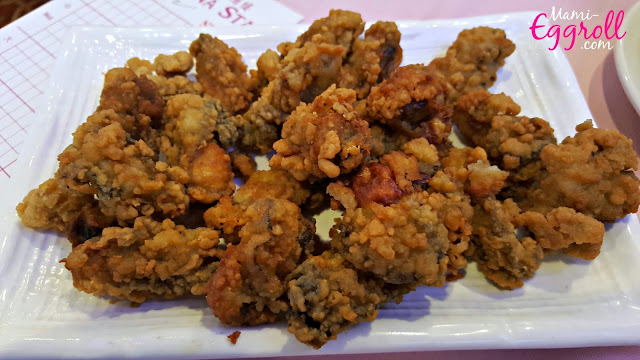 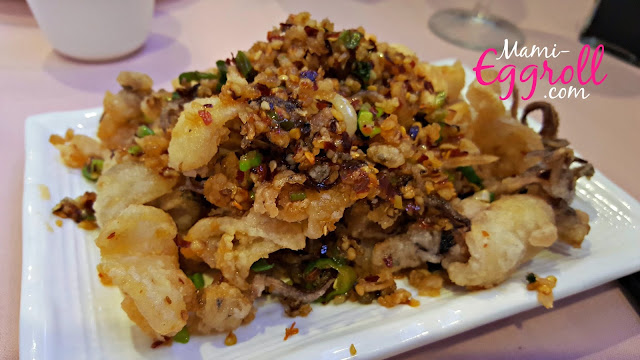 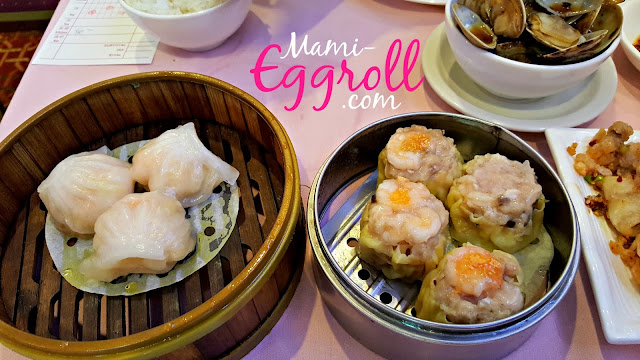 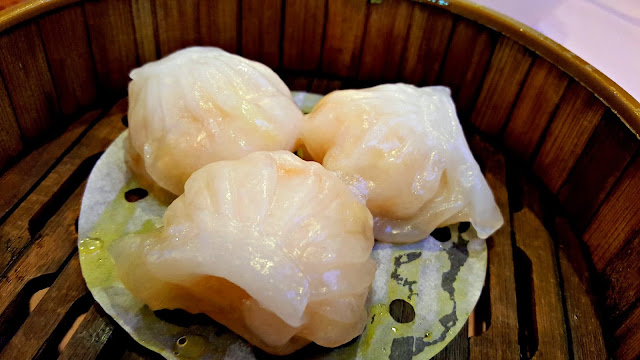 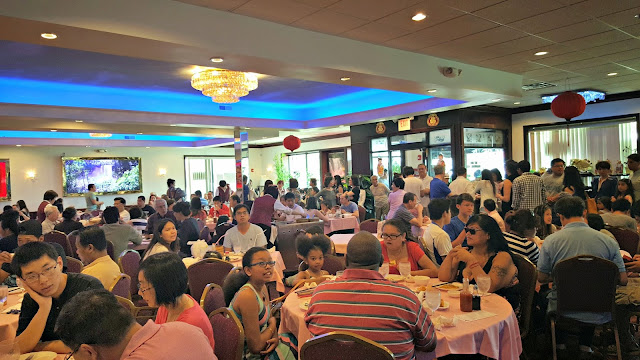