The Mo had his heart set on watching the Pats vs. Broncos game on our trip.  He emailed and sent FB messages to different bars nearby and in the city.  Marshall's Irish Pub at Mango Square replied back that they would be broadcasting the game and the bar would be open at 9:00 AM. 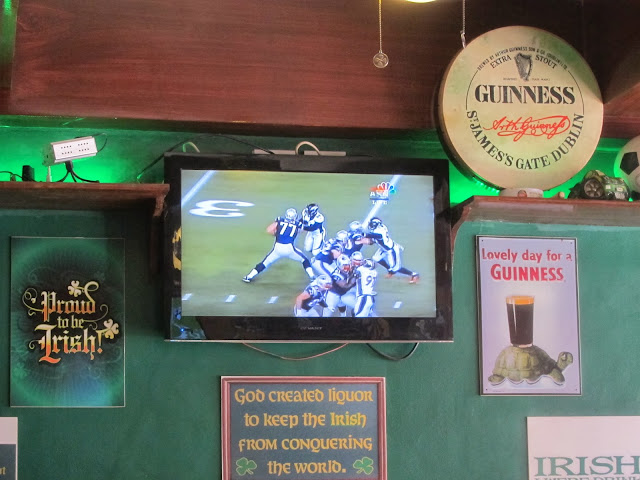 We had a mini "fast" for almost 20 hours and didn't eat anything.  Here is the short story, we took a "power nap" and actually fell asleep for 8 hours then woke up at midnight and was like "fuck this, let's go back to sleep."  It's pretty gross, but we slept for like 14 hours total that night.

Anyhow, I had plans on spending the whole day at Shangri-La Mactan but we made a detour to accommodate the hubby's wishes.  We were sitting at Marshall's Irish Pub at 9:30 AM along with another old American man and his barely legal Filipino wife.

They had an extensive menu of beers, booze and mixed drinks.  The Mo and I split the San Miguel beer special, buy 4 beers and get one free.  Of course he drank most of it. 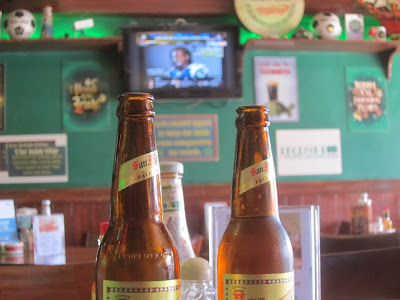 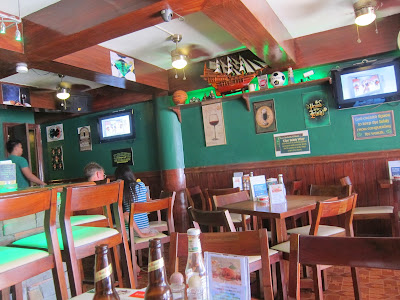 The menu had dishes to please anyone's palates from the typical American bar food, Irish food, Filipino food and an all day breakfast.  Originally I had planned on getting breakfast since it wasn't even 10:00 am yet but I said, "Fuck it, I'm on vacation" so we got fried calamari, fries and potato skins.  Yes, we're fatties! 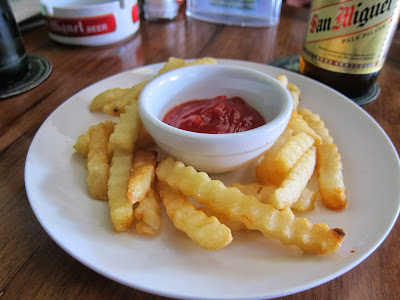 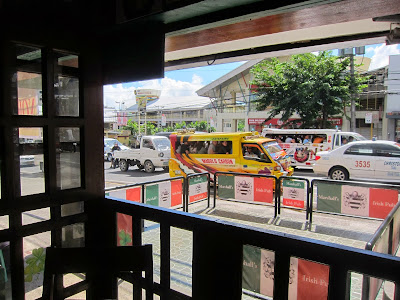 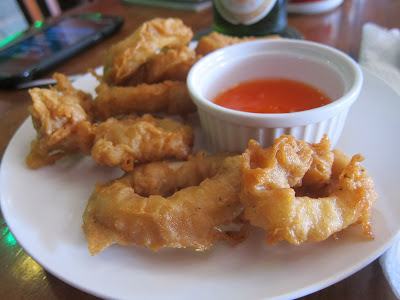 The Mo was the only one screaming at the T.V. as the bartenders kept looking at us.  After 2nd quarter, I abandoned the Mo and went to a salon nearby and get a much needed pedicure for less than $1.50. 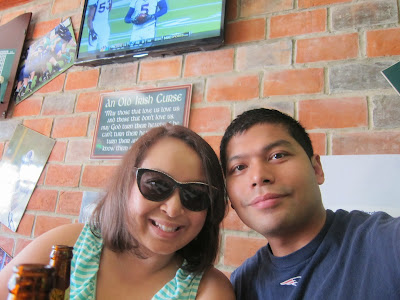