I was so unimpressed with Zubuchon per my last post, that I wanted to give lechon another try, this time at its #1 rival, CNT Lechon.  No, this place is not as recognizable the competition but the hotel's front desk suggested it, besides it was only a short 5 minute walk from our hotel. 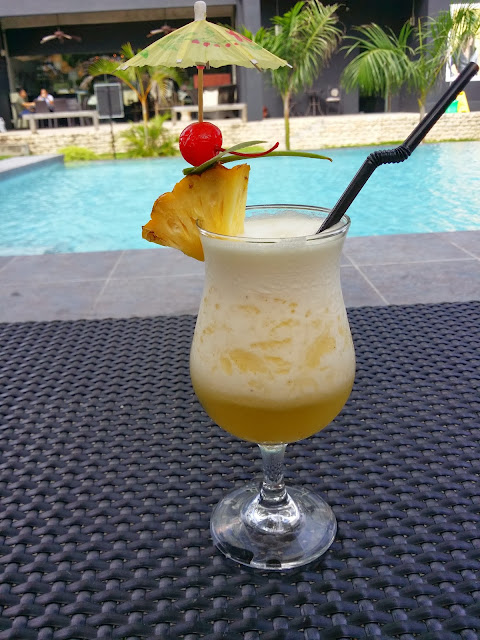 Since the day was cloudy and had potential to rain, we nixed our plans to go to Plantation Bay and spent it poolside at The Henry. 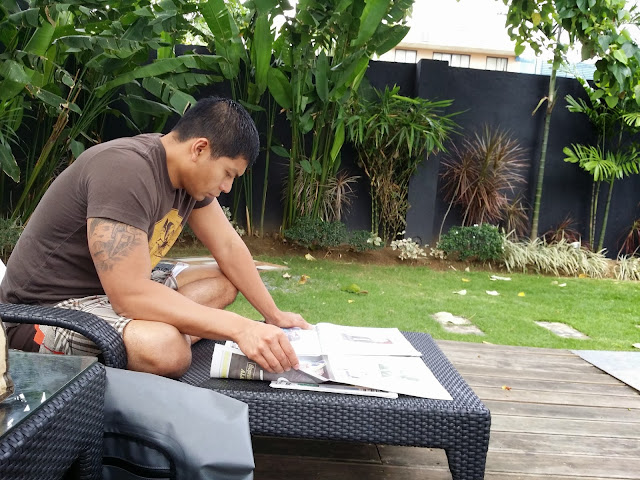 The short walk to the restaurant wasn't too bad.  It wasn't too hot or too humid today with the overcast.  It was great to see the lively students be dismissed from the nearby university in their matching uniforms.

Walking and crossing the streets in developing countries is a bit tricky.  Basically you ignore all the rules you learned growing up:
Yes you must jay walk
You must STILL look BOTH ways on a ONE way street
Yes you must cross between two parked cars
Yes you must cross the street knowing a a moving truck is coming at you

You basically have no rights as a pedestrian and no one is going to hold your hand.  Not even the Mo!

I was excited to see the lechon displayed through split in different sections of the pig. There was grease splattered on the display window and for some reason it made it even more appealing. 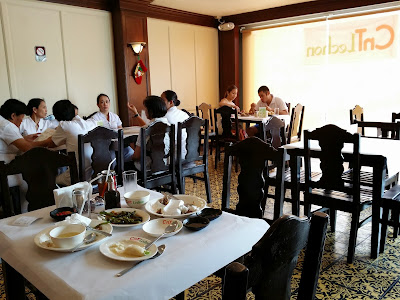 A local Filipino came in to order a large amount and the employee weighed the delicacy for her.  Our cab driver told us that the locals don't consume lechon on a regular basis due to its pricey tag but its often served during special celebrations.  I assume the girl had something to celebrate. 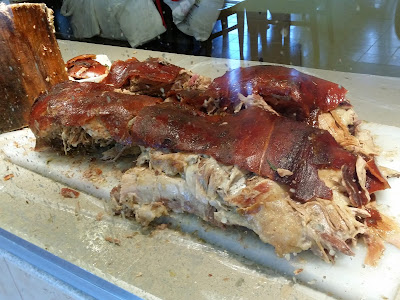 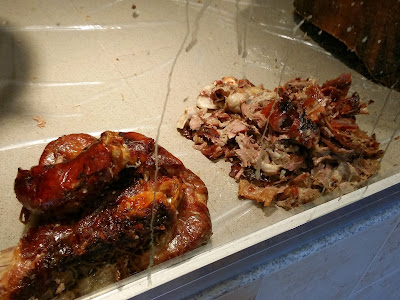 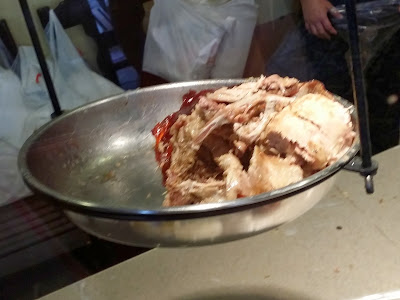 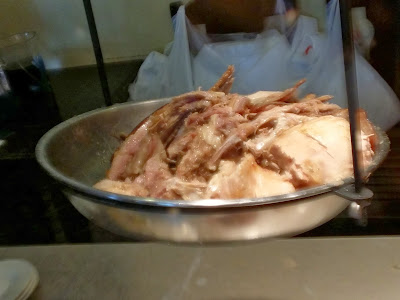 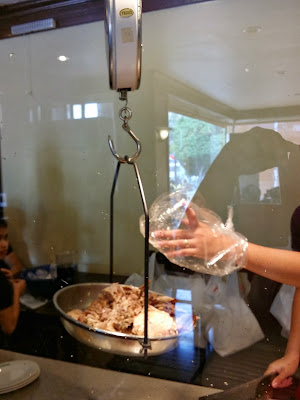 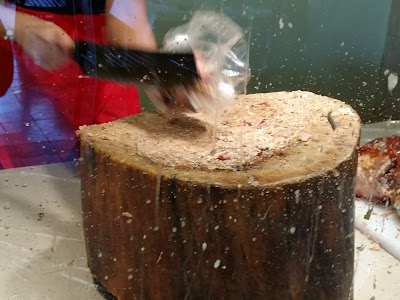 Since we aren't familiar with Filipino dishes, the menu was a bit hard to understand.  We understood "rice", "lechon" and that's about it.  We ordered pretty much the same thing as we did at Zubuchon:

Individual rice plates of lechon and rice that was served with a clear broth soup and pickled radish.  The lechon was indeed juicier and tastier than its competition.  It was not dry and it was moist and tender with a nice crunchy skin. 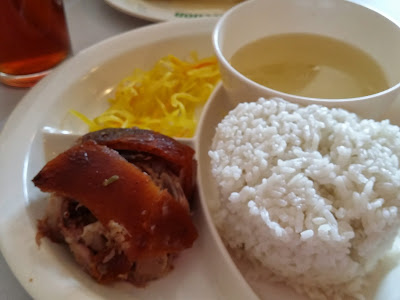 I ordered the fresh lumpia roll which I assumed would be like a Vietnamese fresh roll, it was not anything like I expected.  The thin crepe wrapped a daikon-like vegetable and lettuce leaf. It was topped with a creamy sauce. It was not great. 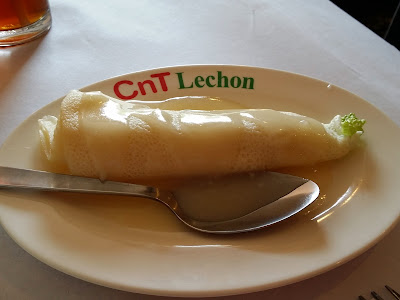 Salt and Pepper spare ribs were crispy and tasty 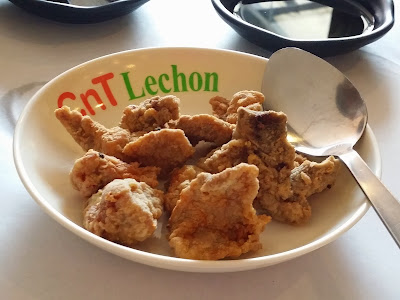 And adobong kangkong.  This is the only dish that I preferred Zubuchon's version of. 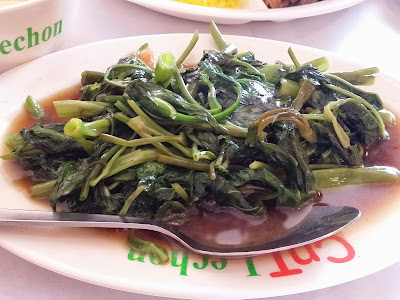 The bill came out to less than half of what we spent at Zubuchon, granted, we didn't order beer and the special shake and portions were slightly smaller.  It was definitely a great value and we return if we had more time.  Our meal came out to 438 pesos, a little over $10.00 USD. 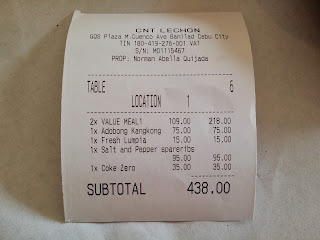