After  3 months elapsed after our wedding, we are finally taking our honeymoon.  The itinerary is as follows, Boston to Seattle to Mactan Island/Cebu City to Boracay to Manila back to Seattle and then back home.  We have quite a few flights, hotel reservations and airport transfers to make.  You would think we would want to relax on our honeymoon but I think the "backpackers" in us loves the adventures.  We got hit with a major game changer last week with the massive typhoon and thought we would have to cancel our trip.  Upon research, the areas we are visiting in the Philippines weren't affected as catastrophic as the other regions.

Our car service arrived on time to bring us to the airport. I definitely felt like the Mo pulled out the red carpets on this one.  I'm so used to lugging around my backpack and taking multiple transfer such as the commuter rail, fung wah bus, subway etc. before we finally end up at Logan or JFK. 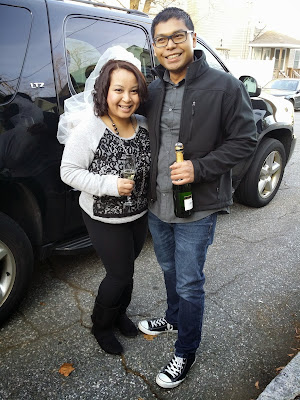 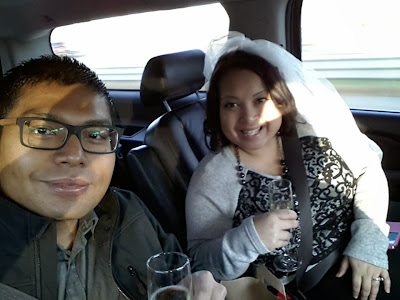 We excitedly sipped on champagne on our way to the airport and luckily there was no traffic at all. 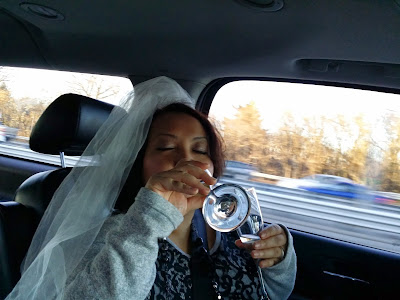 Since our domestic flight to Seattle was JetBlue, we knew meals would not be served on the 6 hour flight.  Thanks to my work Thanksgiving potluck earlier in the week, I had leftovers to make us steak tip pita pockets.  Instead of dishing out $10-15.00 for burgers and pizzas at the airport, I packed us dinner and saved the money for something more important, pre-flight drinks. 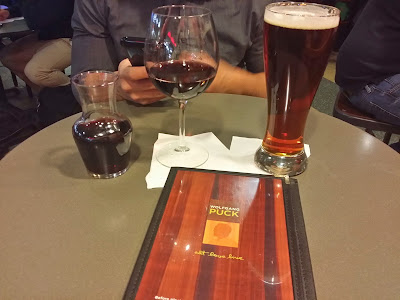 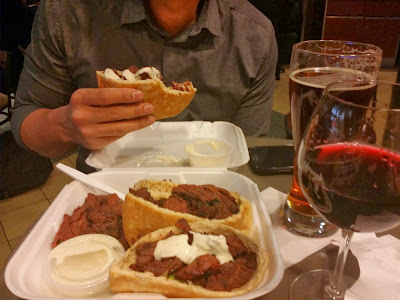 I passed out right after we boarded the plane and woke up when the flight attendant was handing out snacks.  I've never been on a JetBlue flight before and I must say it was very comfortable. I've never had my own LCD screen on a domestic flight before.  The in-flight entertainment had great offerings.  The ample amounts and variety of complimentary snacks and drinks were praise worthy.

The flight would have been smooth sailing up until the last 3 hours with an infant in the row in front of us crying.  I always hear horror stories of a flight with a crying baby but this was nonstop for almost 3 hours. I felt bad for the baby and the mom. I could sense the fellow passengers getting irritated as well.

We landed on time in Seattle and took a cab to Pan Pacific Hotel.  It is ranked #6 on Tripadvisor and I wanted to stay somewhere nice on our first night.  The Pan Pacific luxury hotels and resorts chains embodies a blend of the culture and heritage of the Pacific Rim.  The Seattle hotel is the only Pan Pacific hotel in the states.

The Premium King city view room was on the top floor.  It boasted a large bathroom with a huge soaking tub and a separate shower with glass doors. 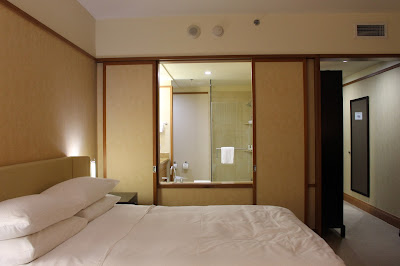 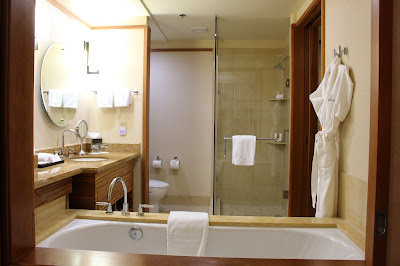 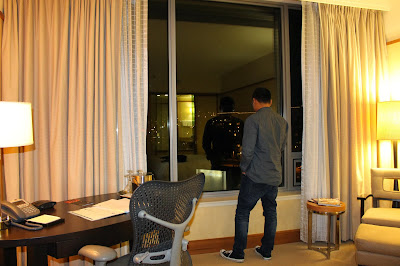 Within minutes of settling into our room, we received a knock on our door.  The hotel had sent us a bottle of chilled champagne and truffles to celebrate our honeymoon. I thought that was really generous of the hotel and it was greatly appreciated. 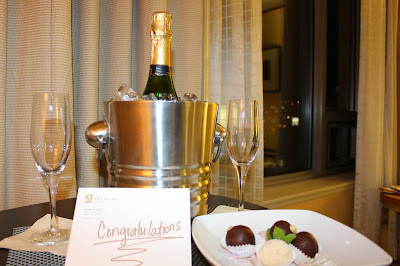 Since it had been more than 9 hours since we ate at the airport, we ventured into the city to grab a bite. I read about late Happy Hour specials at  Belltown Pub.  It was a 15 minute walk from our hotel and cold Seattle weather.  On our walk, we could see the Space Needle. 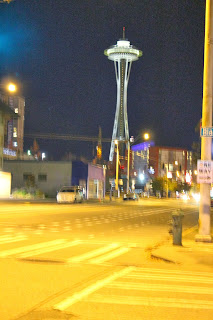 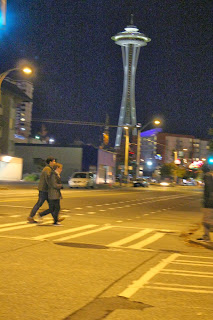 Upon arrival, I was disappointed as it looked empty and we walked by numerous other livelier places.  When we entered the bar, I realized there was a 2nd floor and a back area that had much more people than the front entrance windows led to believe.

At the table, there were trivia cards from all sorts of decades and genres that could keep patrons entertained while waiting for their drinks and food.  I thought that was a really cool idea. 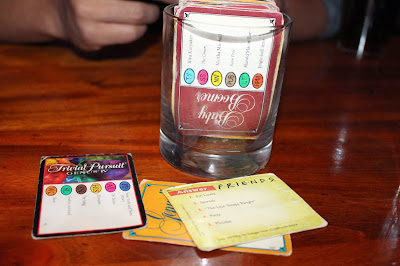 I ordered the "Elderflower", cupcake Prosecco and St. Germain, a sweet liquor crafted in the artisan French style from elderberry flowers.  The champagne flute was garnished with an orange peel.  The Mo ordered a a craft beer. 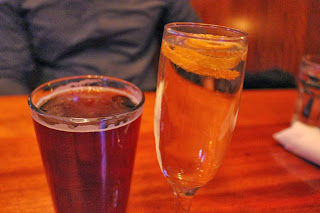 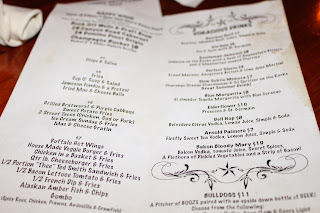 We shared a Jameson fondue & soft pretzel and a bacon burger with sweet potato fries that was $5.00 and $7.00 respectively.  The meal was great and satisfied our bellies and we walked back to our hotel. 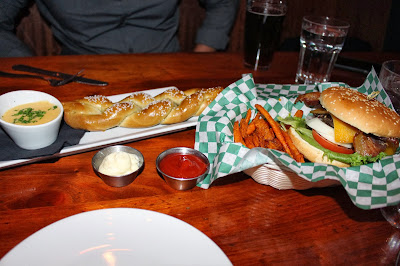 After the cold walk back to our hotel, we rewarded our body with a hot bubble bath and champagne.

It was a great start to our honeymoon.

We're going to grab breakfast and head for Seatac.  We are off to Korea then to Cebu. A couple of days will lapse before my next post.