The highly acclaimed Zubuchon left much to be desired.  Cebu is known for their local staple dish, the lechon, here is an excerpt from Wikipedia 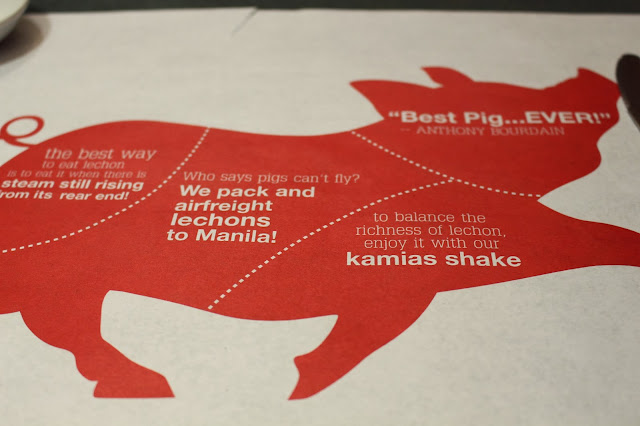 Lechón is a pork dish in several regions of the world, most specifically Spain and its former colonial possessions throughout the world. The word lechónoriginated from the Spanish term lechón; that refers to a suckling pig that is roasted. Lechón is a popular food in the Philippines, Cuba, Puerto Rico,Canada, the Dominican Republic, other Spanish-speaking nations in Latin America, and Spain. The dish features a whole roasted pig cooked overcharcoal. Additionally, it is a national dish of the Philippines with Cebu being acknowledged by American chef, Anthony Bourdain as having the best pig

After watching Anthony Bourdain's Zubuchon feature on his show "No Reservations"  we had to give it a try. The restaurant received fab reviews from other bloggers and other review sites like four squares and tripadvisor. 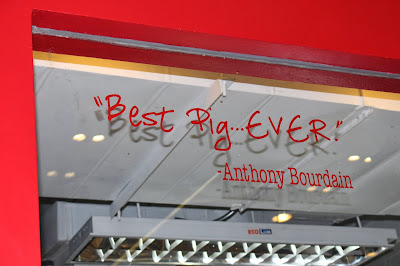 By the time we were ready for dinner, we found out that the nearby chain restaurant close to our hotel had already closed.  The concierge suggested we take a 5 minute taxi ride to the I.T. Park area where the franchise in that area was open until 2:00 AM.

The I.T. Park area is a mixed used business park in Cebu city with restaurants, shops and corporations.  When we arrived, the vibrant area was filled with young adults enjoying late night dinners on outdoor terraces.  This area of town was definitely cleaner and upscale compared to the rest of Cebu City that we had visited previously. 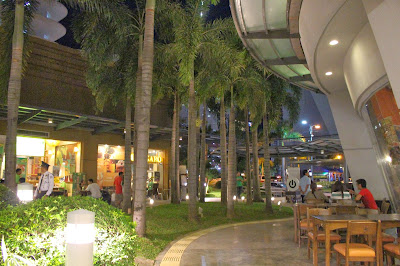 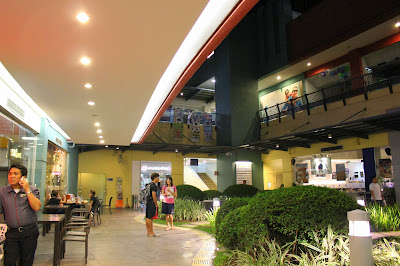 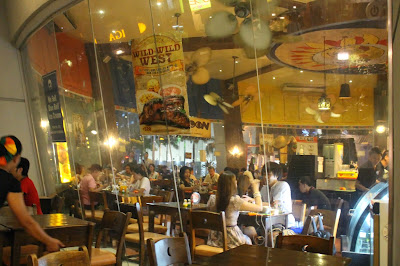 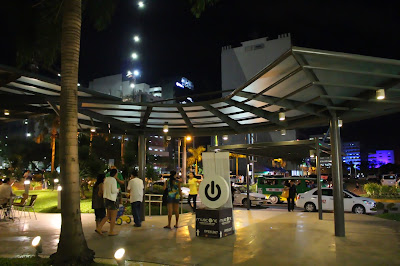 There is even a 24 HR Karaoke lounge on site, how cool! 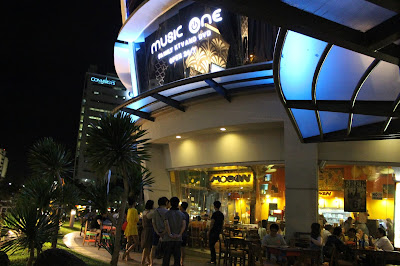 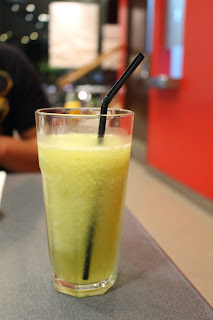 We found Zubuchon and it was the least packed restaurant on site, in fact there was only one group dining.  I was reluctant to go in but I figured, we are already here so we might as well give it a try.

I was disappointed that there was no hanging pork carcass or cut up meat to be displayed through the window.  I could only see the kitchen and the prepacked lechon that they can packaged for you to take home on long trips.

Since we were the only patrons left, we received VIP treatment. We had 3 different people wait on us.  The waiter suggested that I order a green "Kamais" shake, I asked him what it was and he shrugged, "herbs and other stuff." I decided to give it a try.  The frozen shake was reminiscent of mint and lemongrass, I couldn't figure the rest out but it was yummy and refreshing.

We split the fried pork ribs and  the Adobong Kankong water spinach dish. 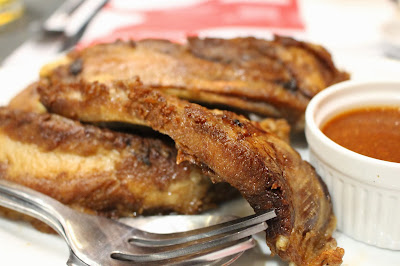 The fried pork ribs was salty and greasy.  The rice was not as soft as I hoped it would be.

The vegetable dish is a staple dish similar to what my mother cooked for us growing up.  She used the same vegetables, pork belly and fermented soy beans.  This Filipino dish was a bit different as there was no oyster sauce and the pork was deep fried and included chicharon, fried pork skin.  The water spinach dish was my favorite dish that night. 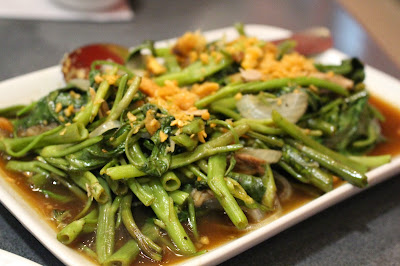 I got the basic Zubuchon lechon.  I thought the meat was dry and it seemed like "leftovers" and wasn't as fresh and I hoped it would be. 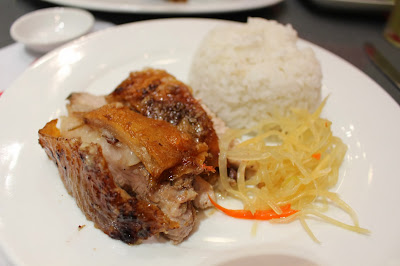 The Mo got the rice dish with Paksiw na Zubuchon, slow cooked tender lechon with sauce.  The Mo loved his dish and thought it was great. 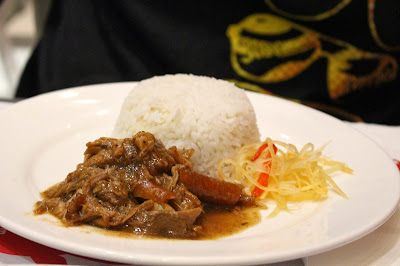 The table had 3 sauces specifically for the lechon: vinegar sauce, soy sauce and chili oil to mix in a small dipping bowl.  I could have done without all three dishes.  Where's the hosion and sriracha sauce? 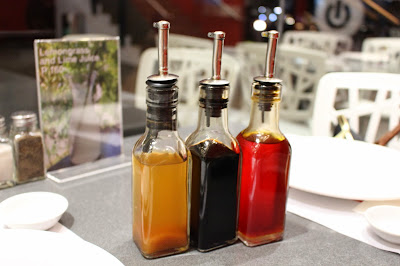 Overall, I think the review might be a bit biased because I did not visit the restaurant during its prime peak hours during the lunch or dinner rush.  Instead we went later around 9:30 PM but if they are open until 2:00 AM. the food should still be fresh and tasty.  It was just OK and we probably won't be going back.

The bill came out to 929 pesos which is a little more than $21.00 USD.  A little pricier than the local normal but obviously less than what we would pay at home.  It wasn't really worth it. 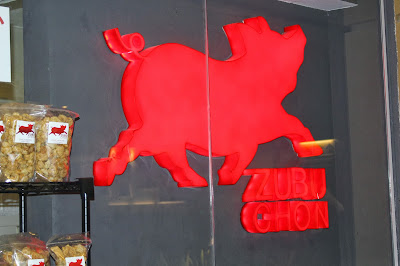