Swimming and Snorkeling at the Similan Islands

The Similan Islands is a national park located in the Andaman Sea off the coast of Thailand.  The park is only open about half the year so we were excited that our trip to Phuket fell in between the period. 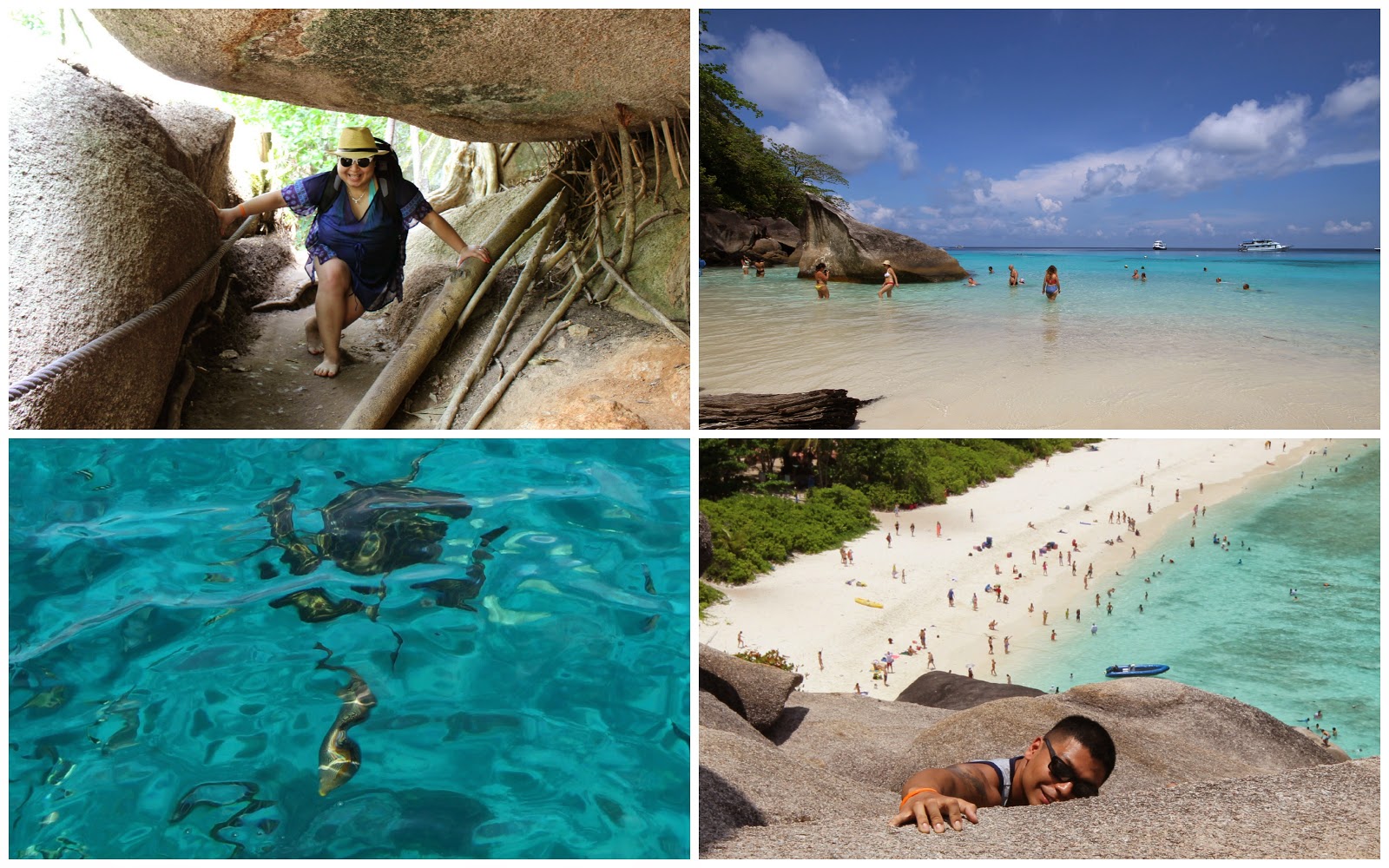 We negotiated with the travel agent and paid 2300 THB per person. 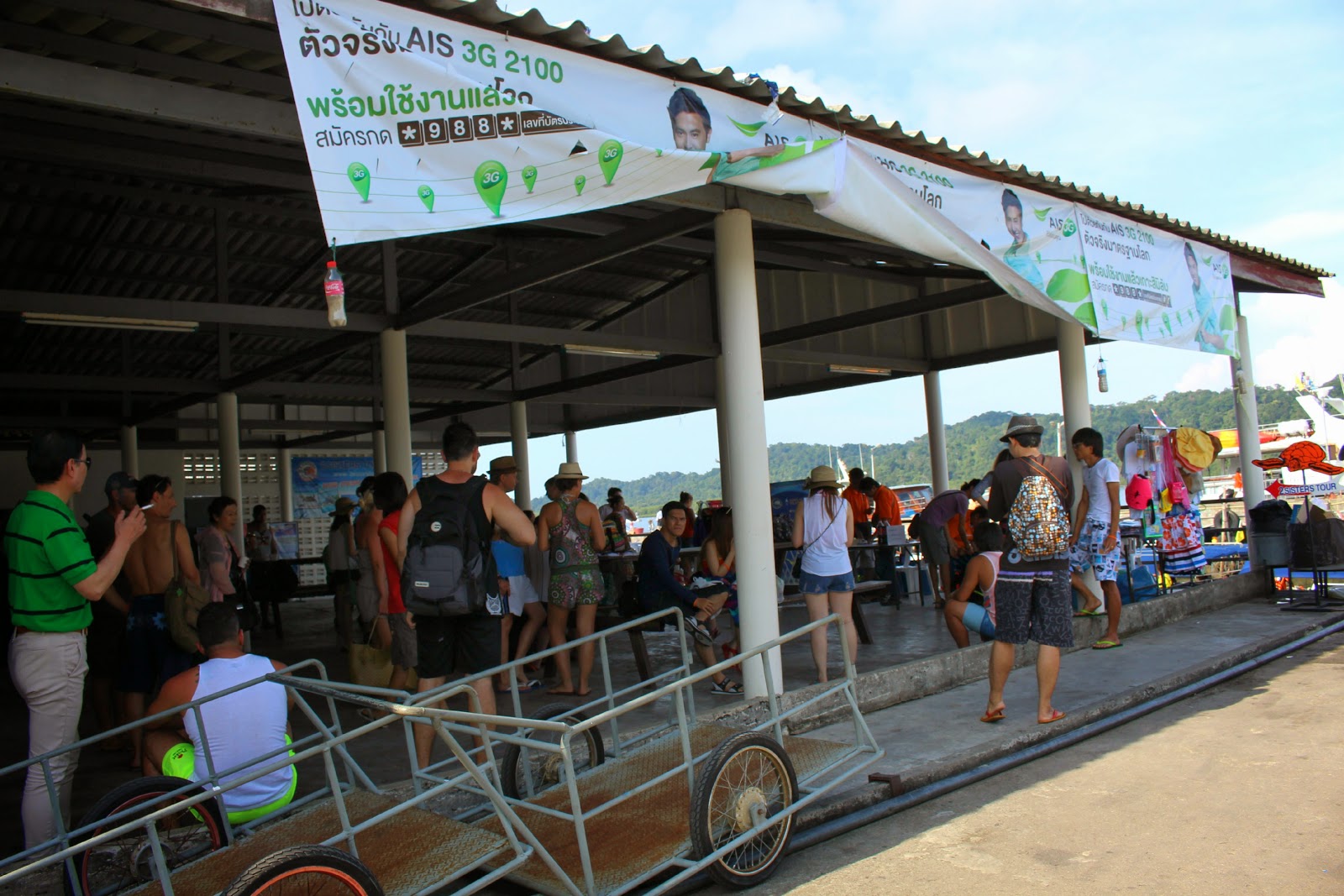 The crowded speed boat took another 70 minutes and it was only partially shaded.  (Check out that European girl in the left, she was puking her brains on the first leg of the trip. I wanted to vomit just watching her) 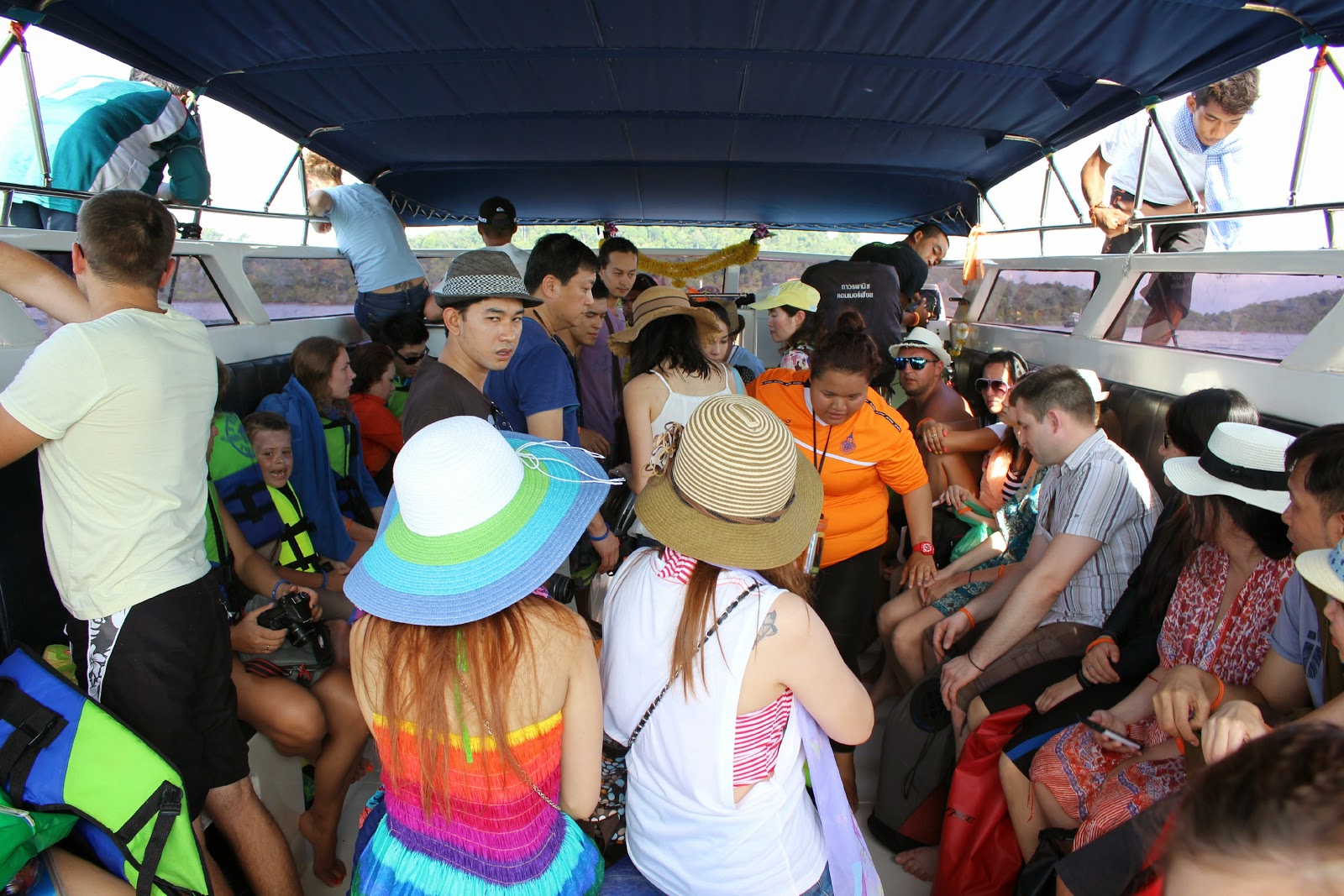 The first stop we made for snorkeling wasn't that great.  There weren't many fishes and the water was a bit murky.  We were also delayed 20 minutes because a few Chinese tourists didn't follow instructions and had to get pulled in from drifting so far away from the boat.

I was at ease once we reached the breath taking island on the next stop.  The water was clear and the fine sand was soft and powdery white.  The trip was now worth it. 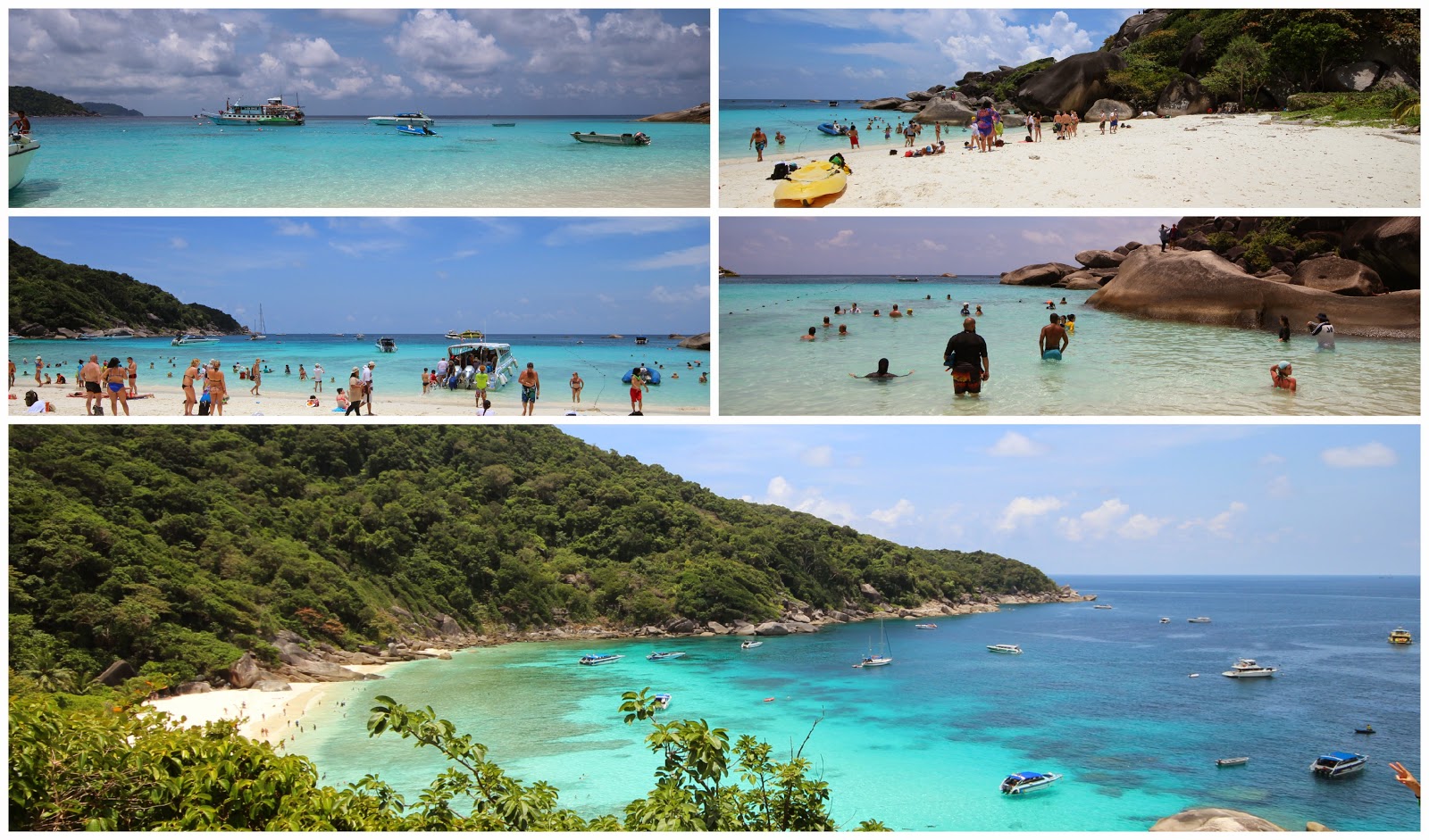 We wanted to make our way up the the view point which is by the huge boulder that looks like its going to roll over on people. 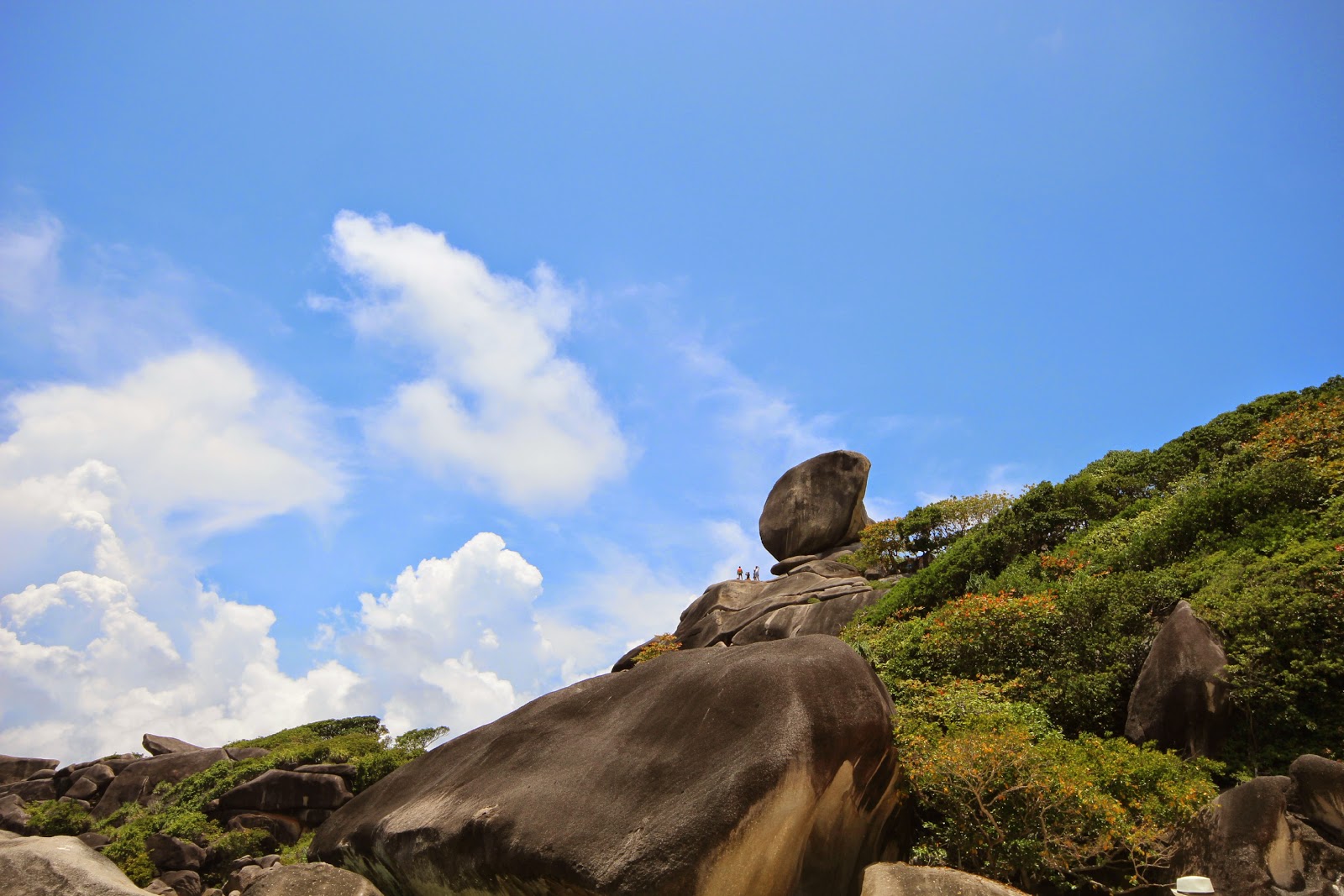 Although there were some easy pathways, parts of the climb was a bit strenuous and difficult. At one point, I was on my knees. I wouldn't really recommend it for the elderly or small children. 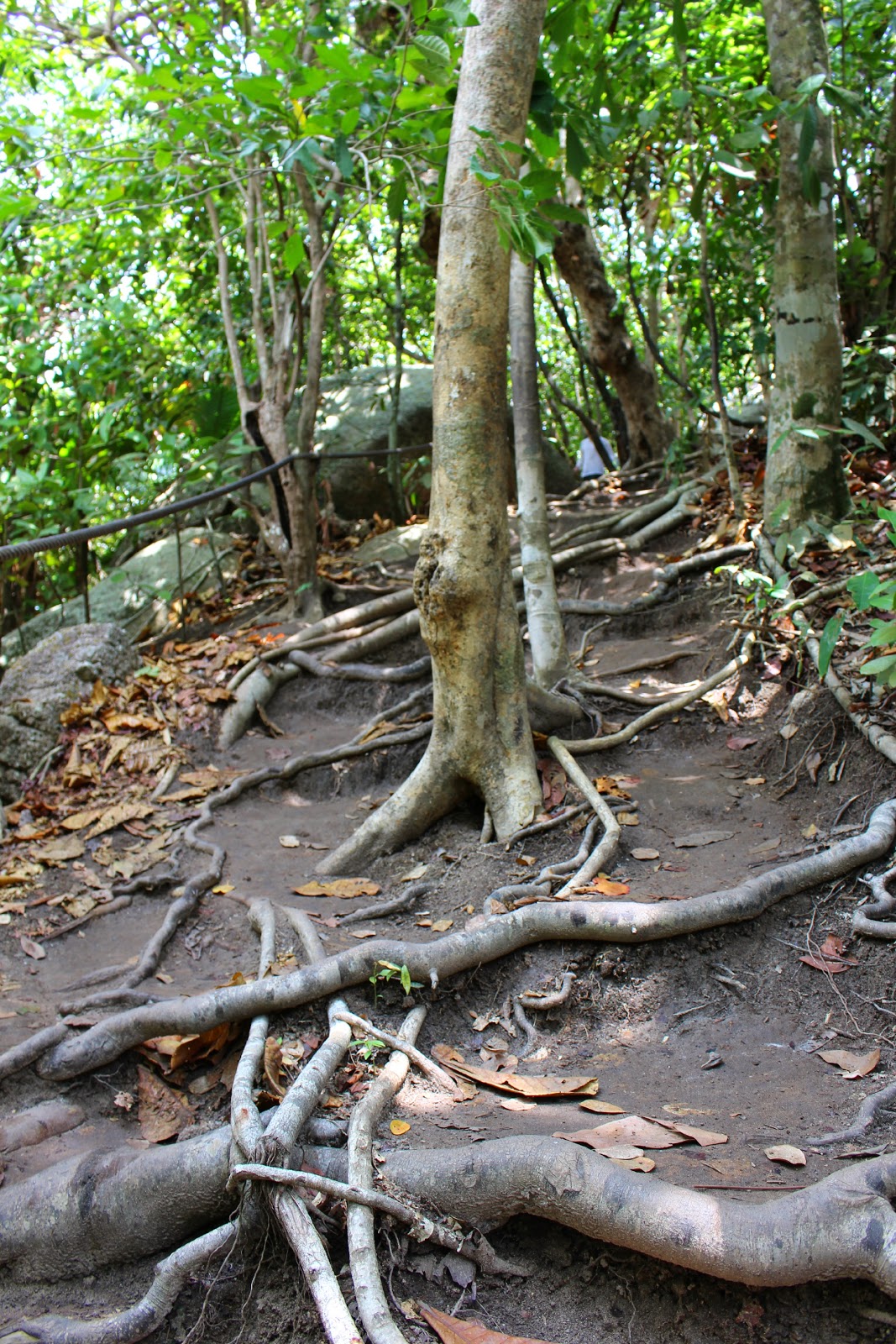 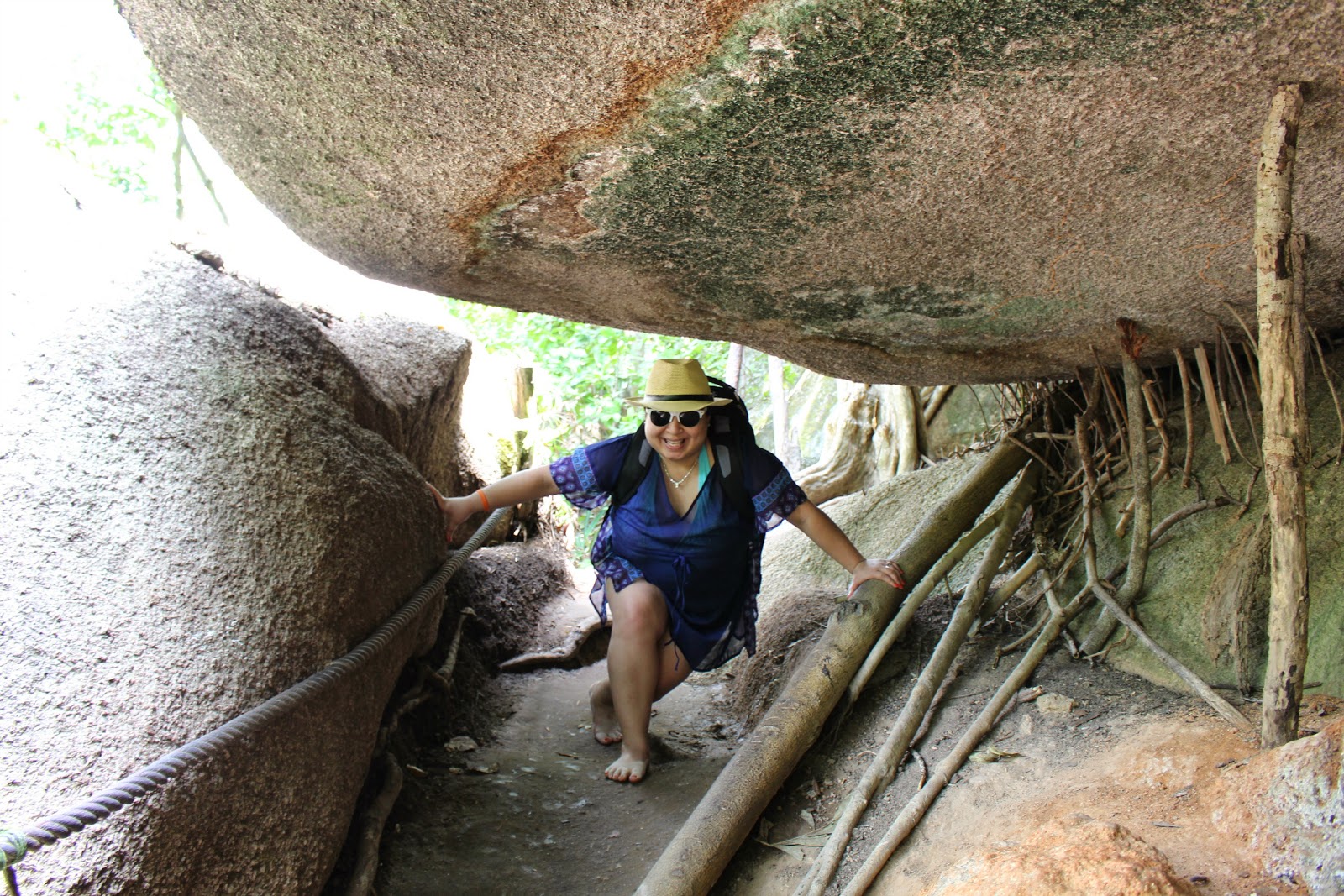 Once we got to the top, we did what any other Asian tourist would do...take pictures.. lots of them! (On a side note, I thought I was crazy for taking my DSLR on the tour but once we got to the ferry terminal, all the Korean and Chinese tourists had fancy cameras with crazy expensive lens and accessories) 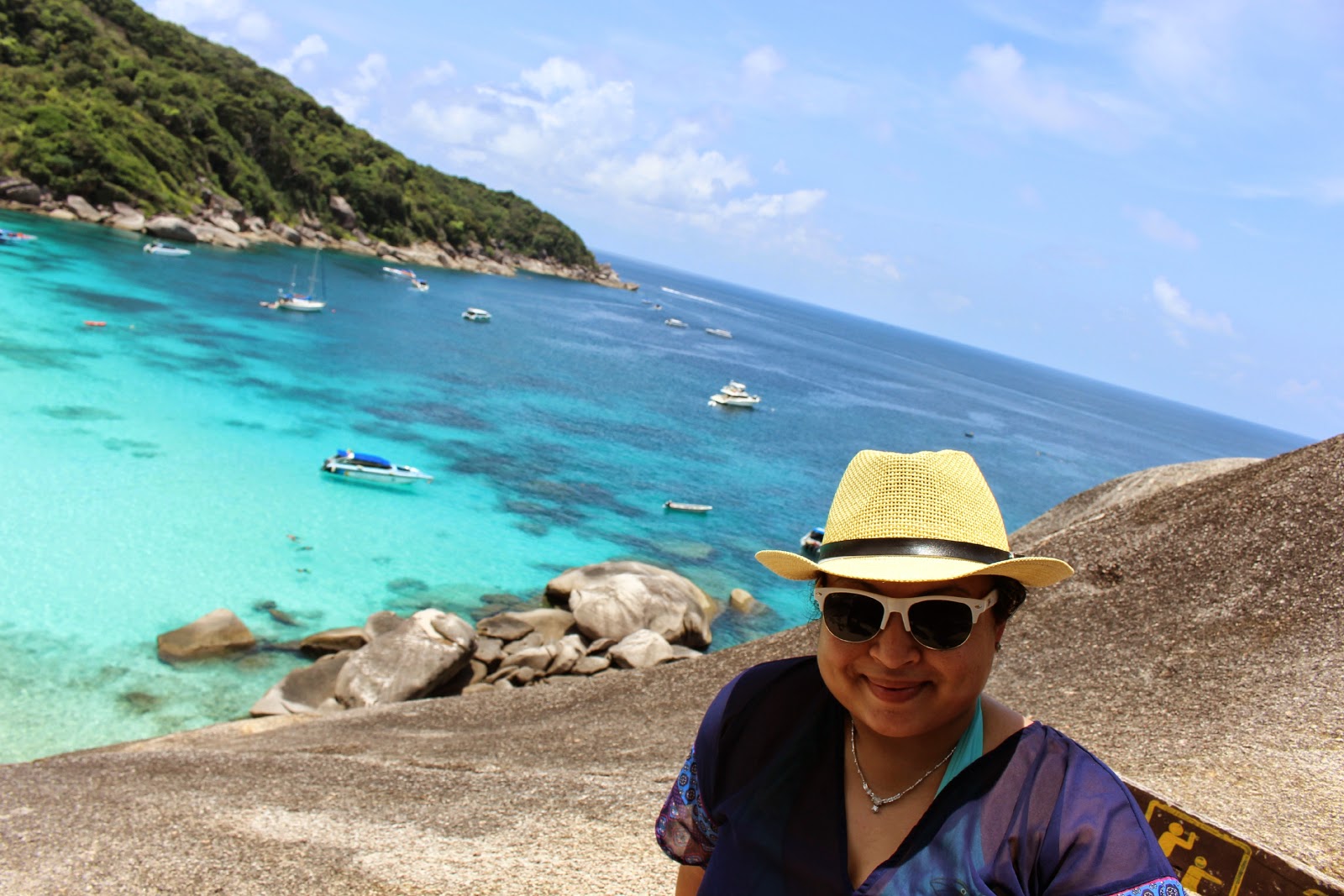 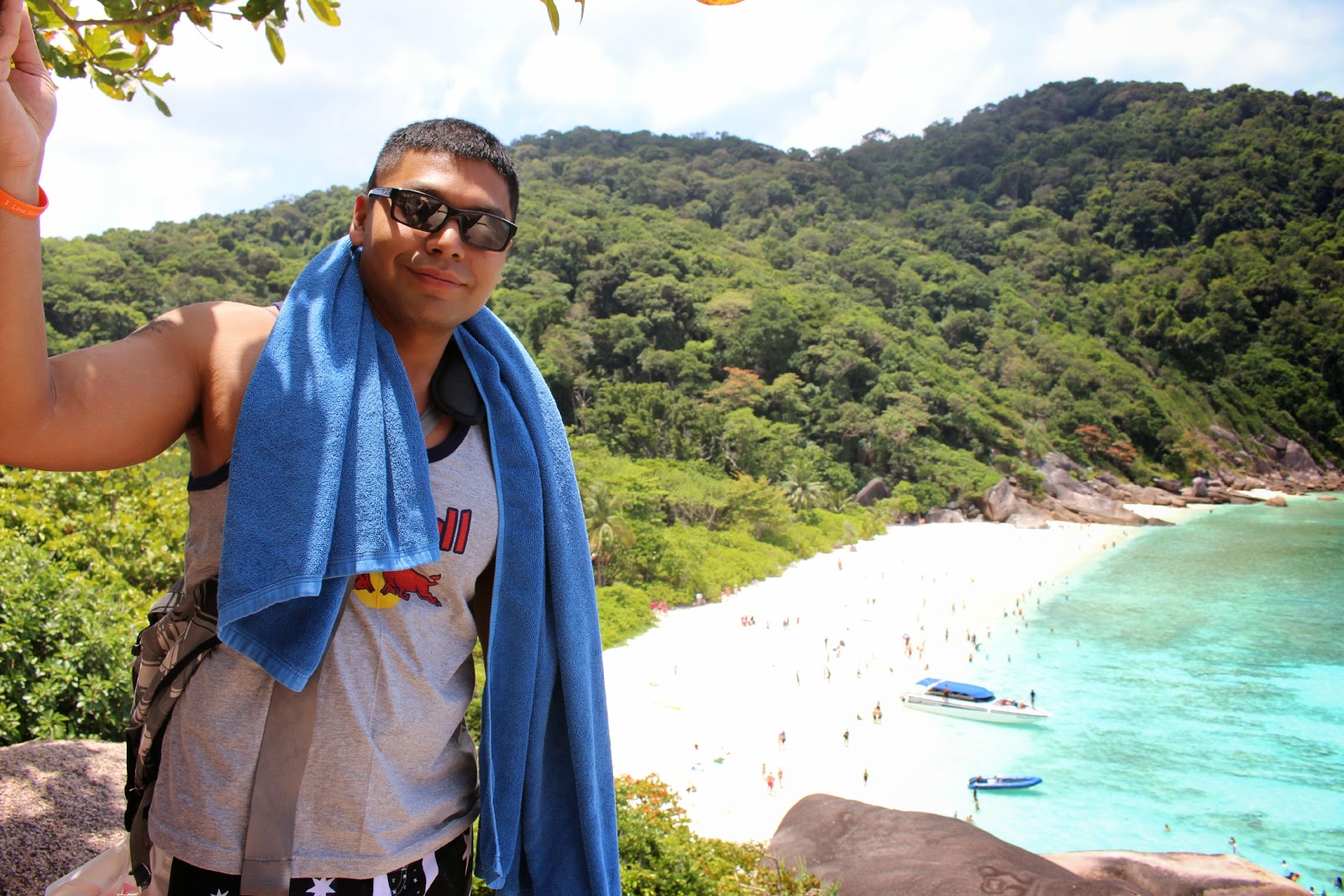 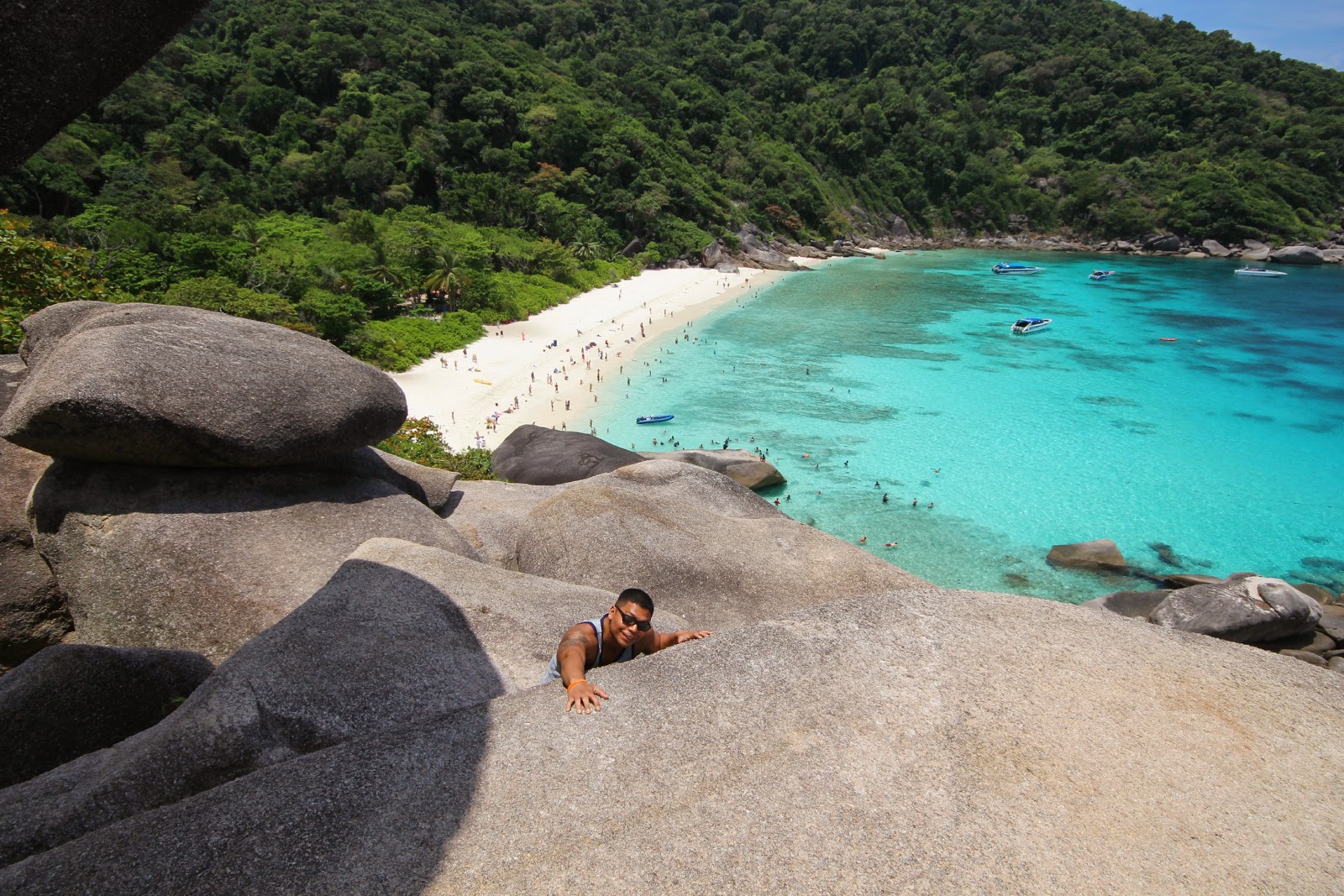 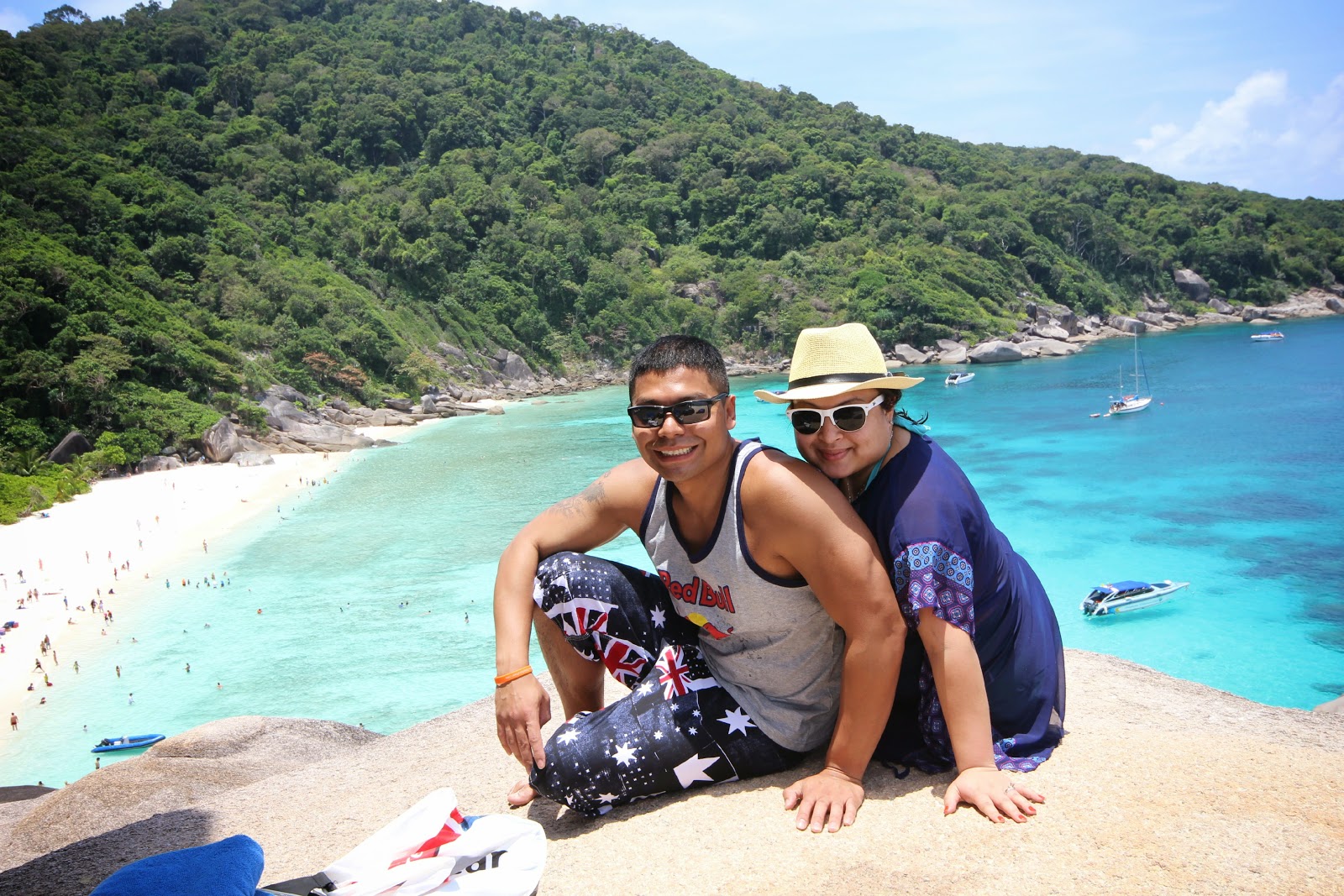 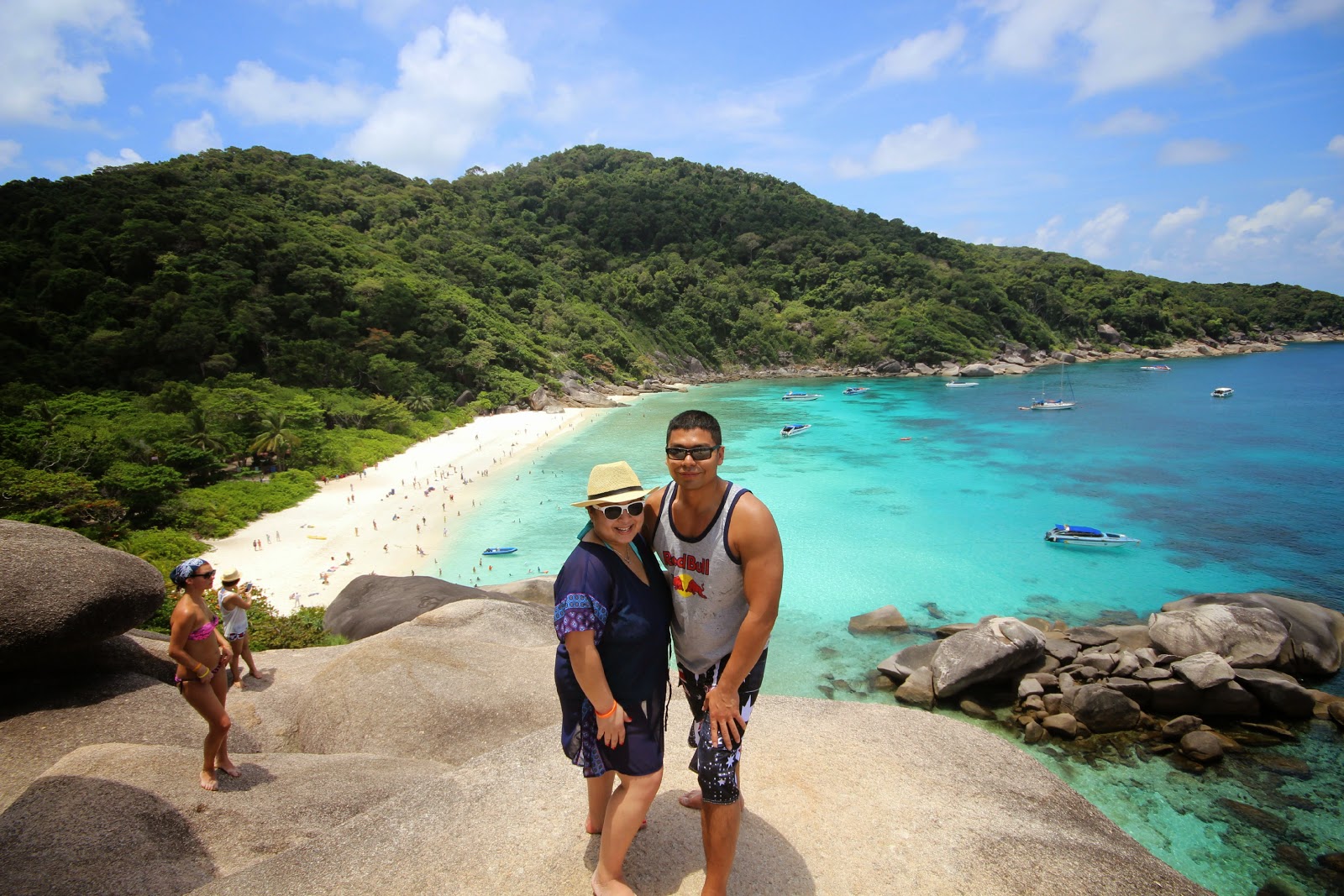 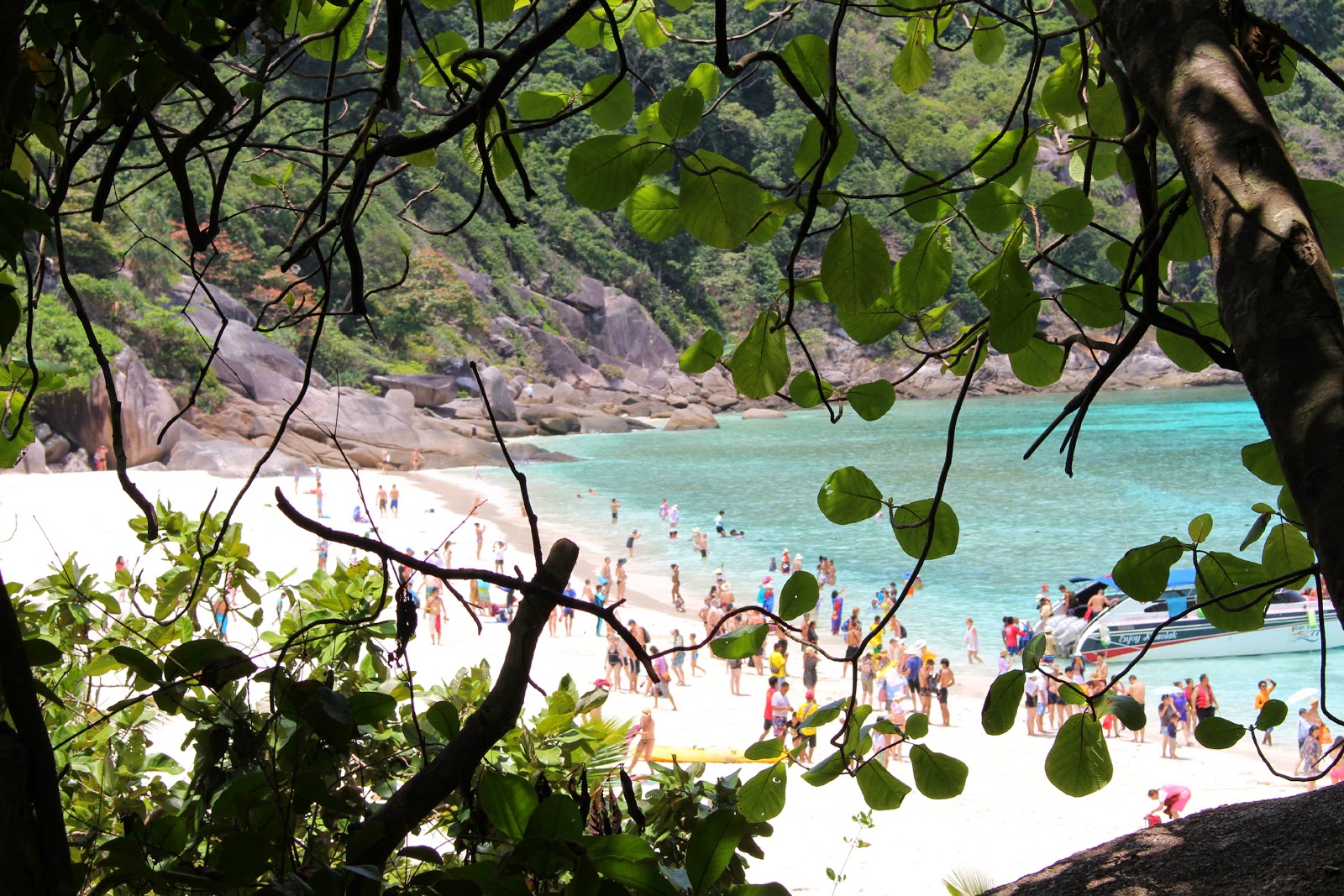 After swimming for a bit, we headed over to a nearby island for lunch. The white beach was just as pretty as the previous beach but it was more quiet and secluded. 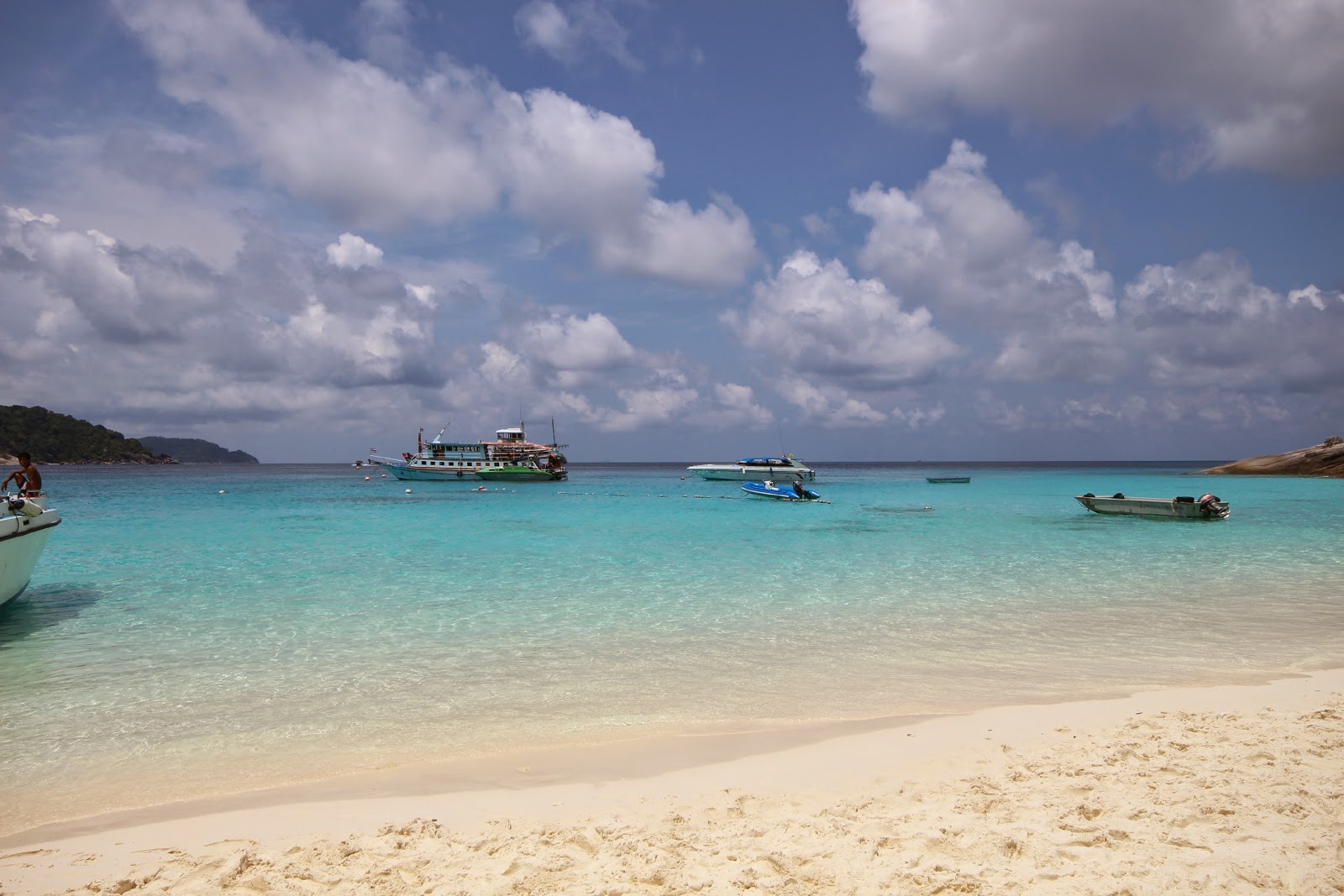 The lunch was already prepared for us when we got there.  It was room temperature and it wasn't great at all.  One can tell that the food was prepared in the masses because there were different food stations for each group. There was a combination of Asian and western dishes.  Only warm bottled water was available to drink. 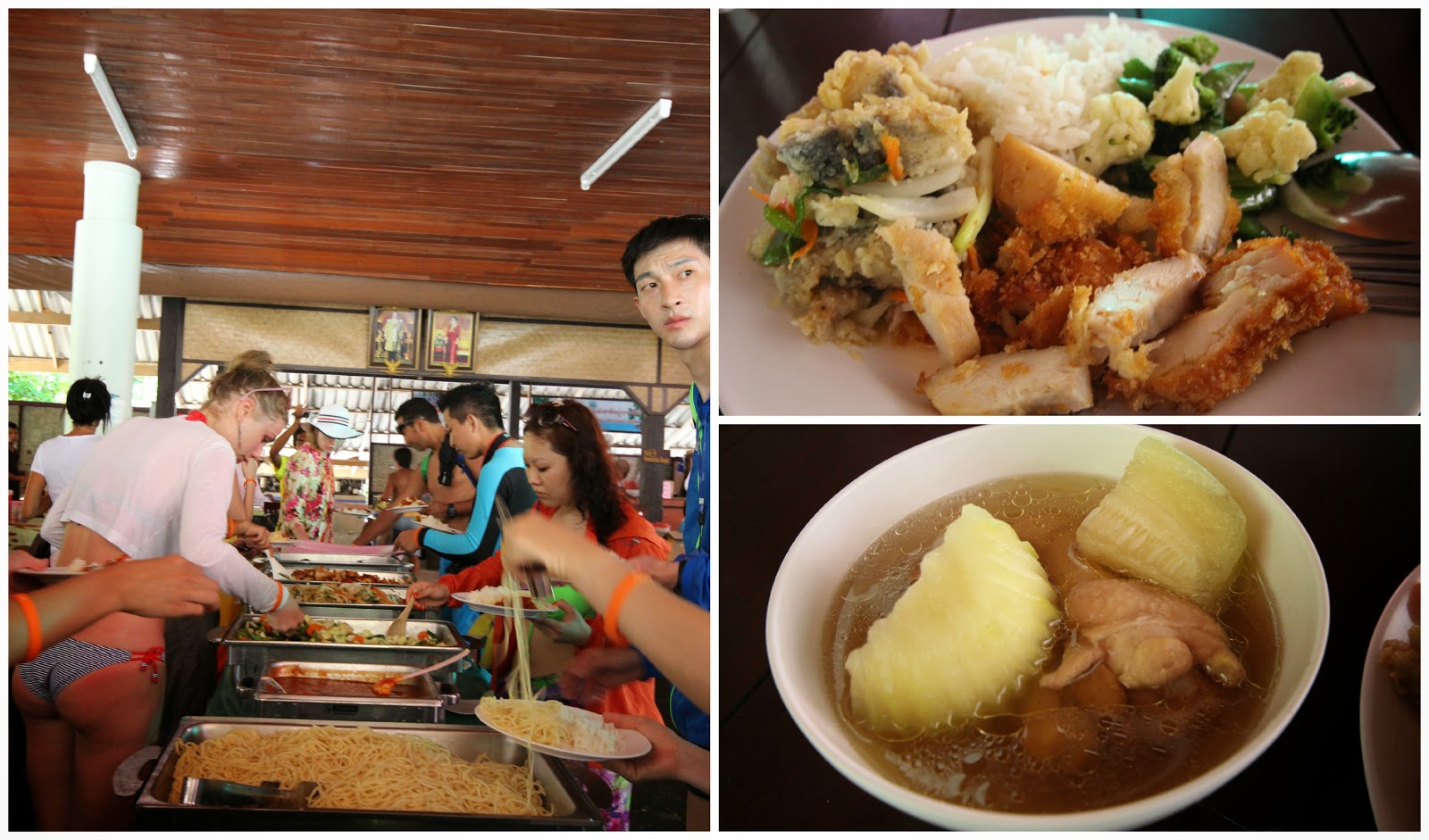 The island that we had lunch on is also available for beach side camping for a one or two nights.  I thought it was a cool concept. 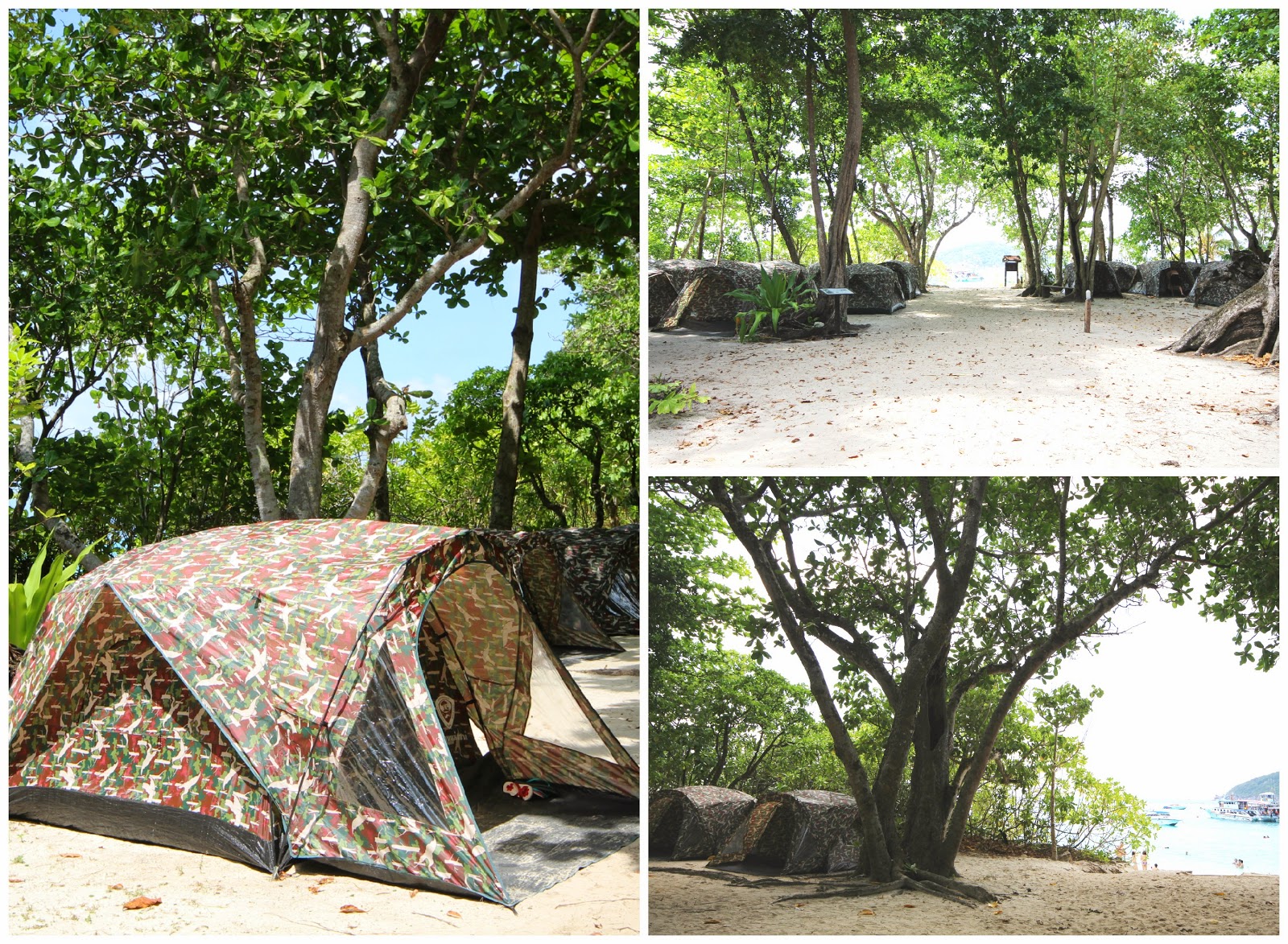 We were told there was another beach on the other side of the island reachable by a short 5 minute hike. 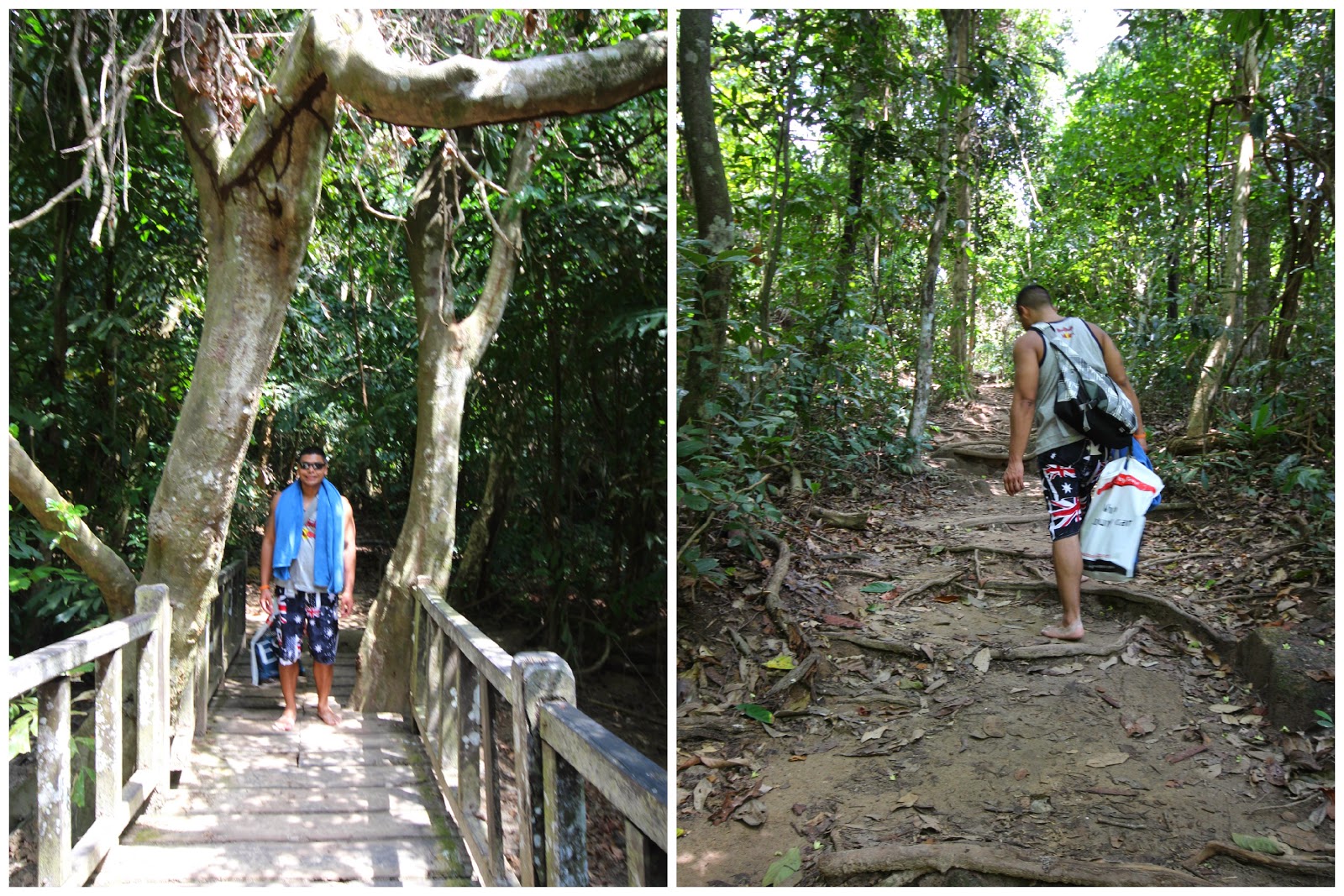 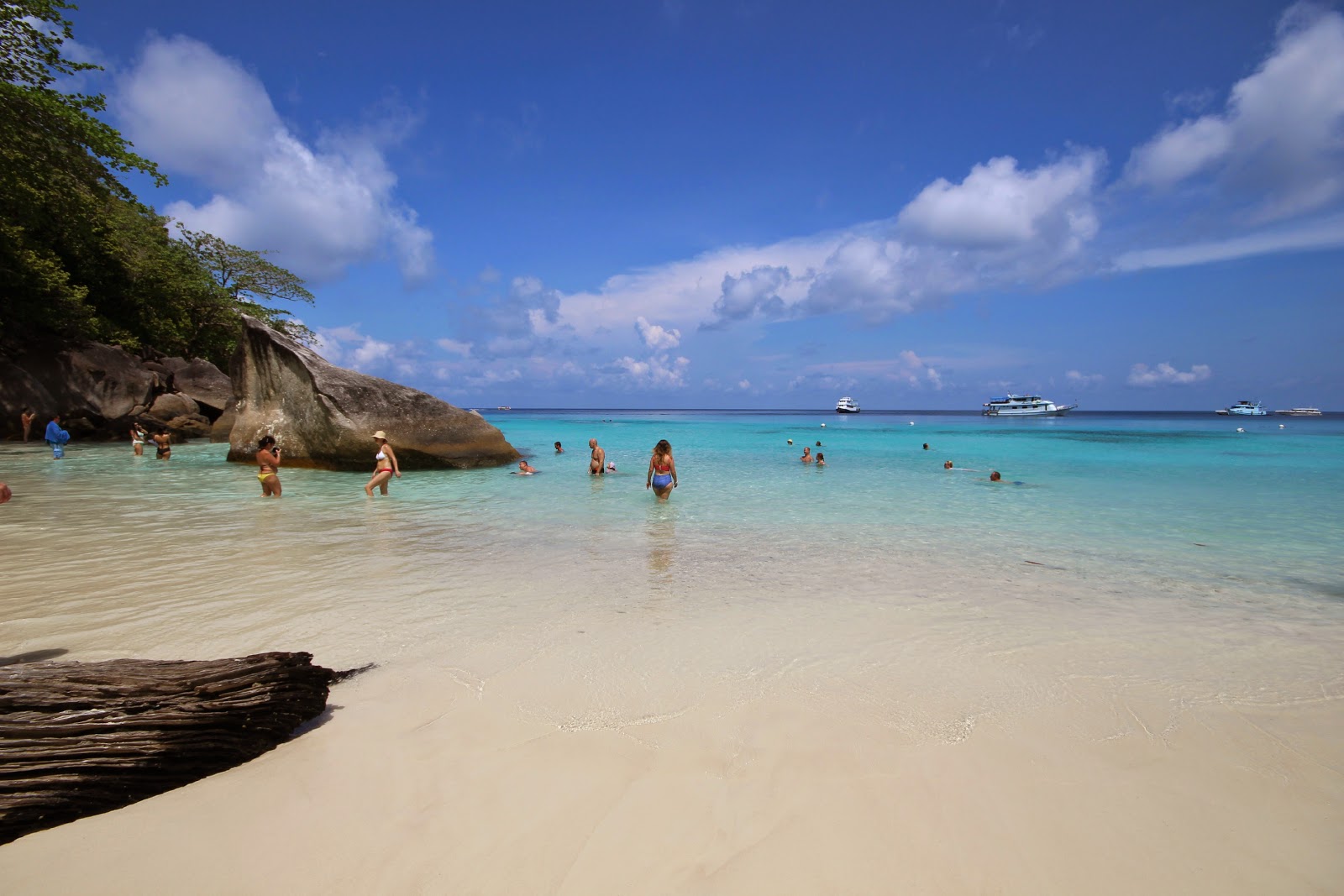 We boarded the speed boat for our last snorkeling trip.  This was the best snorkeling during the tour.  We saw sea turtles and lots of fishes. 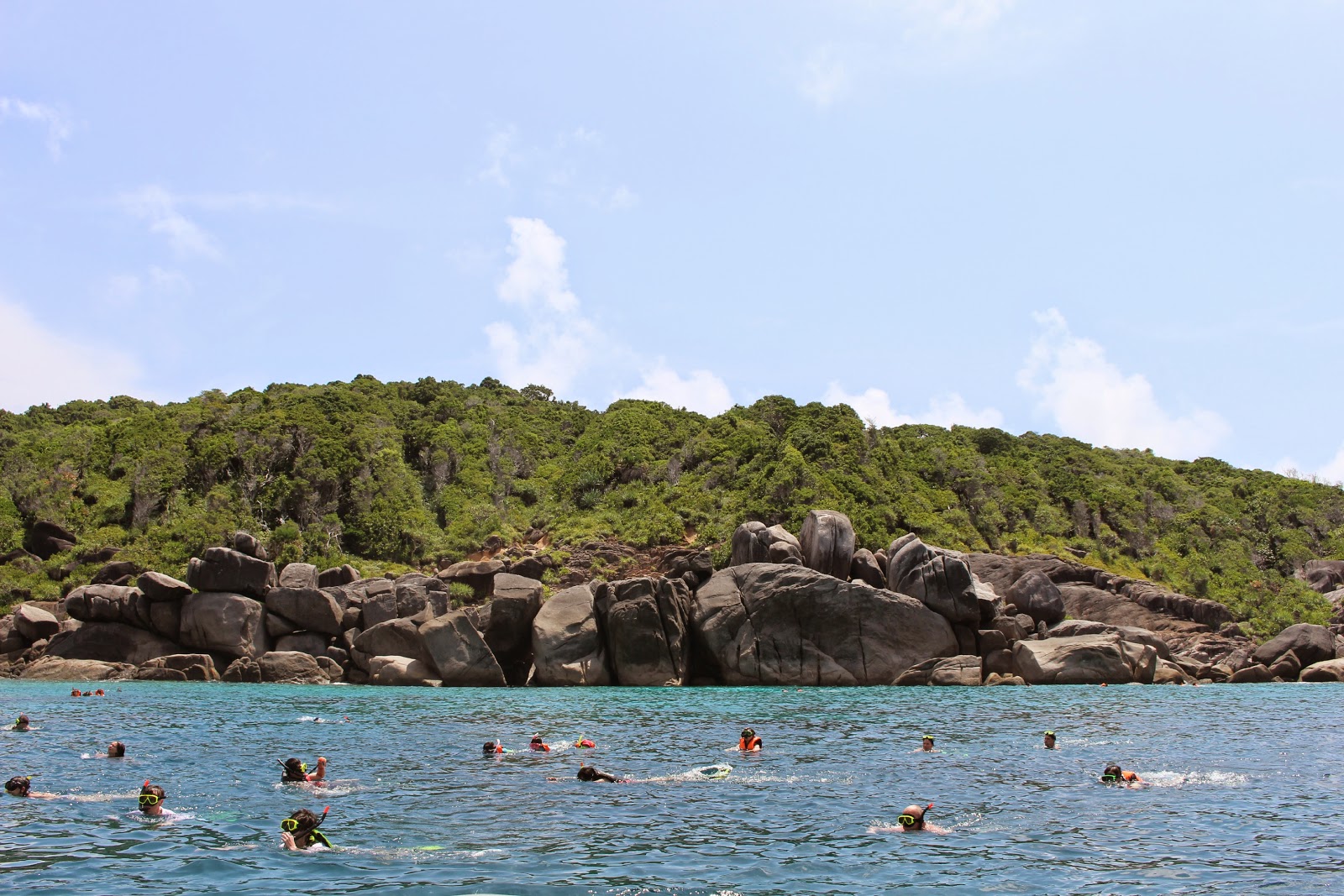 The tour was just OK.  Don't get me wrong, the beaches were amazing and wonderful and I'm glad we did it, but the experience could have been better.  The day was really long, it was 13 hours total from when they were supposed to pick us up and when they actually dropped us off.

The crew was very friendly but the tour could have been organized better. We were always waiting for someone or missing someone and they had to count heads at least 5 times before moving on to the next stop.  Also, since the motor was really loud, I couldn't really hear what they were saying, which is probably why people went missing.

Lastly, the transfer services they outsource are horrible.  They were late picking us up, seats weren't guaranteed (the Mo had to sit on speakers for almost 2 hours) and they didn't even drop us off at our hotel. Instead, they left us on a busy main street close to our hotel and made us walk. WTF!
Newer Post Older Post Home