Boston to Dubai on Emirates 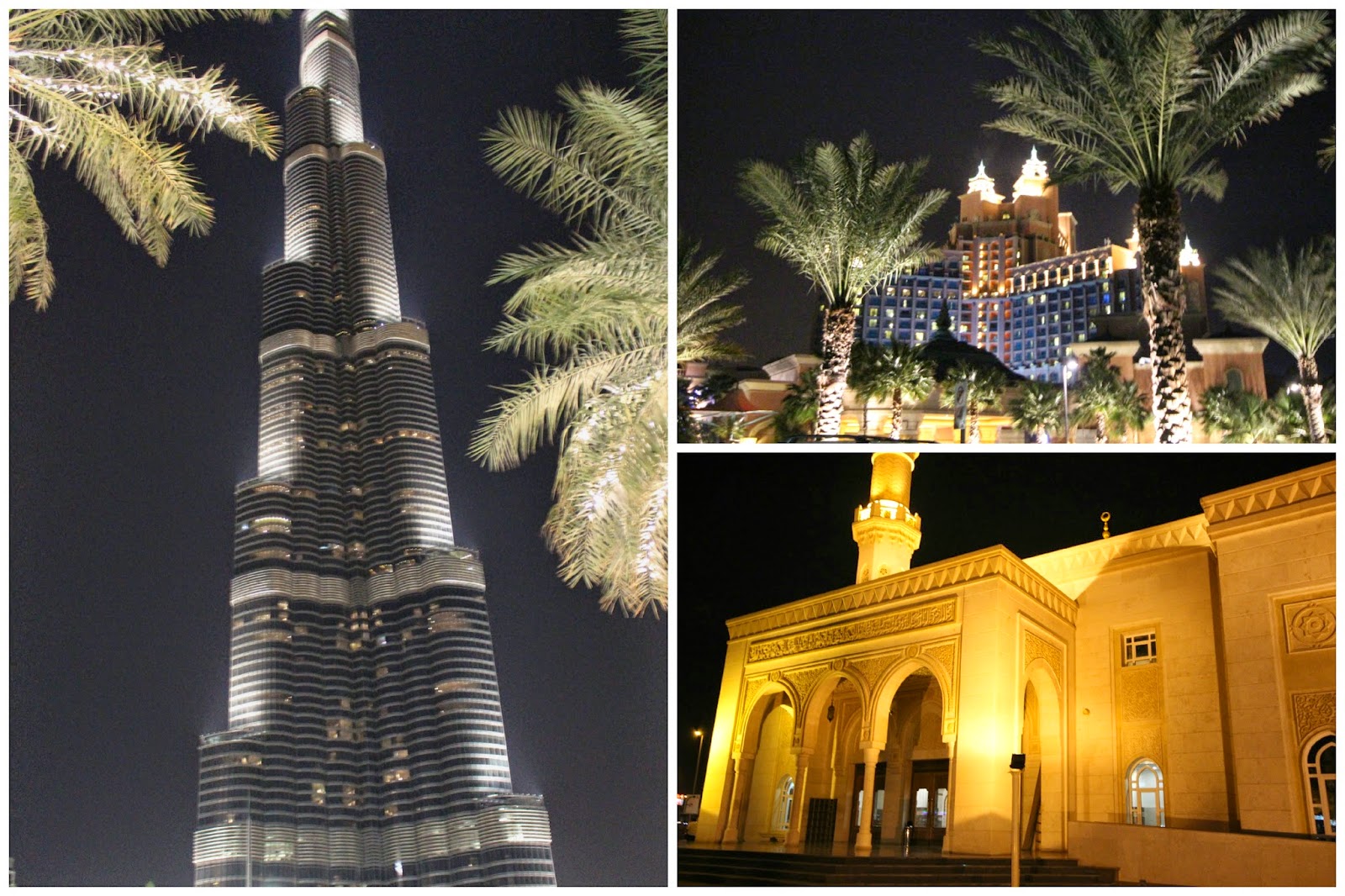 The Mo and I are pretty good planners.  I had planned on having dinner in Malden at 7:30 leaving us ample time to arrive at Logan airport at 9:45 PM.  We had already checked in online, so we only needed to drop off our bags.  The Mo was weary of the idea at first and I assure him everything would be alright.

After catching up with a friend over great chicken parm and a bottle of wine (and them some), we left the restaurant as scheduled.  We didn’t want to go to 93 and sought direct route and followed the GPS.  I was thinking, “Great, we’re only 13 minutes away, good timing!”  After driving for a couple minutes, we came to a complete halt.  Traffic wasn’t moving anywhere and the lights kept changing colors but we still weren’t going anywhere.  We rerouted traffic and it took us to Chelsea Street Bridge. Oh boy, there was cargo passing and we weren’t going anywhere.  BY now, I am starting to panic. I can smell the airport but yet we aren’t moving.  My tall friend is trying to calm me down and telling jokes but she could tell I was nervous.  After what seemed like forever, the bridge slowly (and I mean SLOWLY) descended for us to travel across. Whew!

The Mo and I ran into the airport, still slightly buzzed.  The higher ranking ticketing agent was yelling at us.  He knew we were scramming to get to the booth.  “You’re late, you’re late! You cannot get on the plane.” A savior voice was heard, “they have one minute before the system closes, let’s get them on!” We had 2 different agents process our luggage and they all declared how lucky we were that we beat the systems within seconds.  What they didn’t know was how lucky I was, because you know, I would never hear the end of it.

I saw the manager on the Jet way and I sarcastically said, “Hey, thanks for letting us on!” and he scoffed to his boss, “These were the last two on and almost didn’t make it!”

This was our first time on Emirates airline.  We love Korean and Asiana but the introductory new route price from Boston was unbeatable.  The Mo does a lot of research before we book our flights and he was thrilled to see that unlimited spirits was offered in economy class, which meant he could drink all the Dewar’s his heart desired.  On the Asian flights, only beer and wine is unlimited and hard booze is an extra fee.  Emirates was also named best aviation company of 2013. 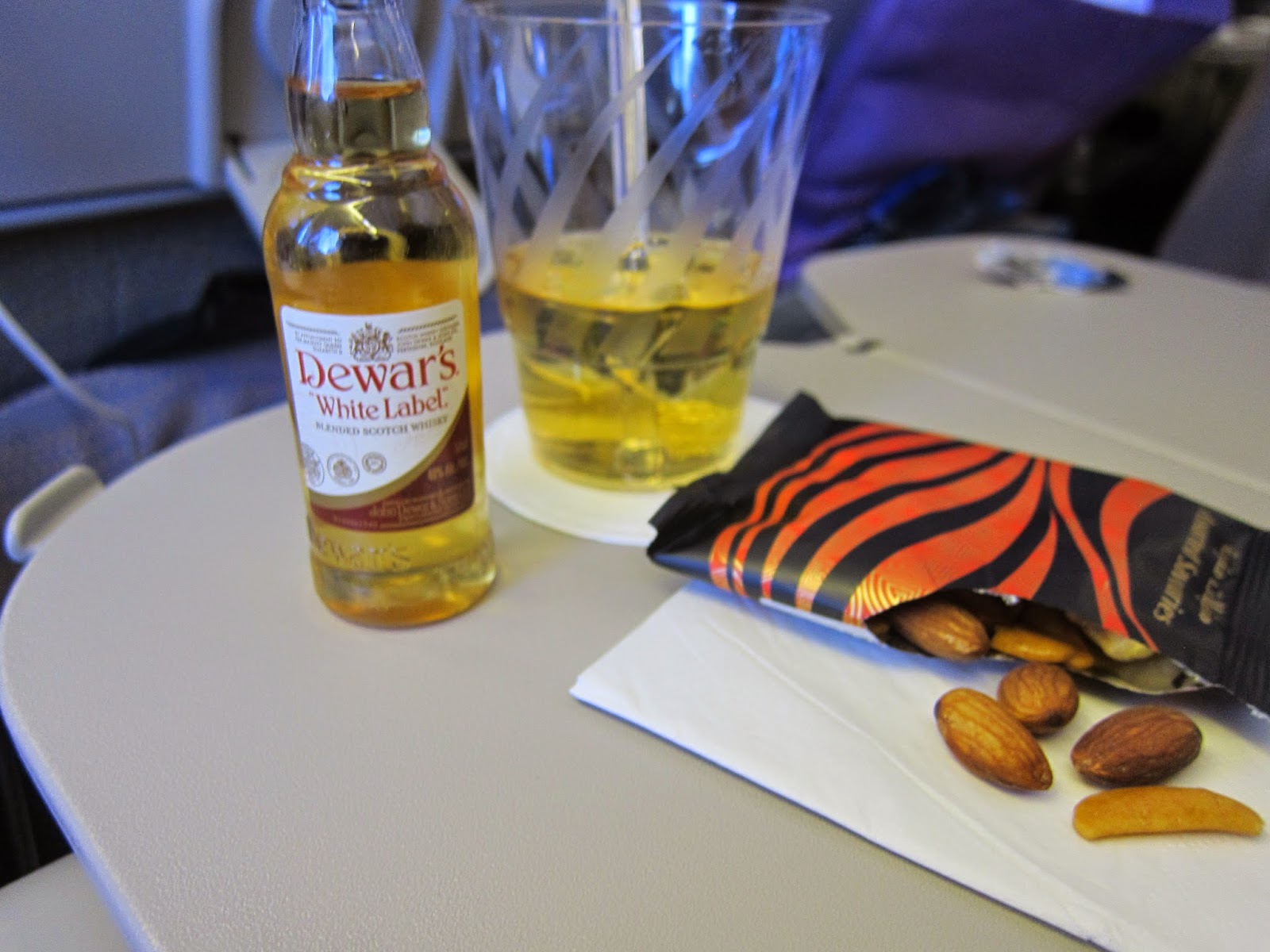 Emirate's award-winning signature ICE (Info, Communication, Entertainment) system is the best I've ever seen.  The widescreens were huge, the remote actually worked and they had the best movie selections that included all the Oscar's nominees.  I watched Frozen because I knew the Mo wouldn't watch it with me at home.  Don't quote me but I believe each LCD screen is 10". 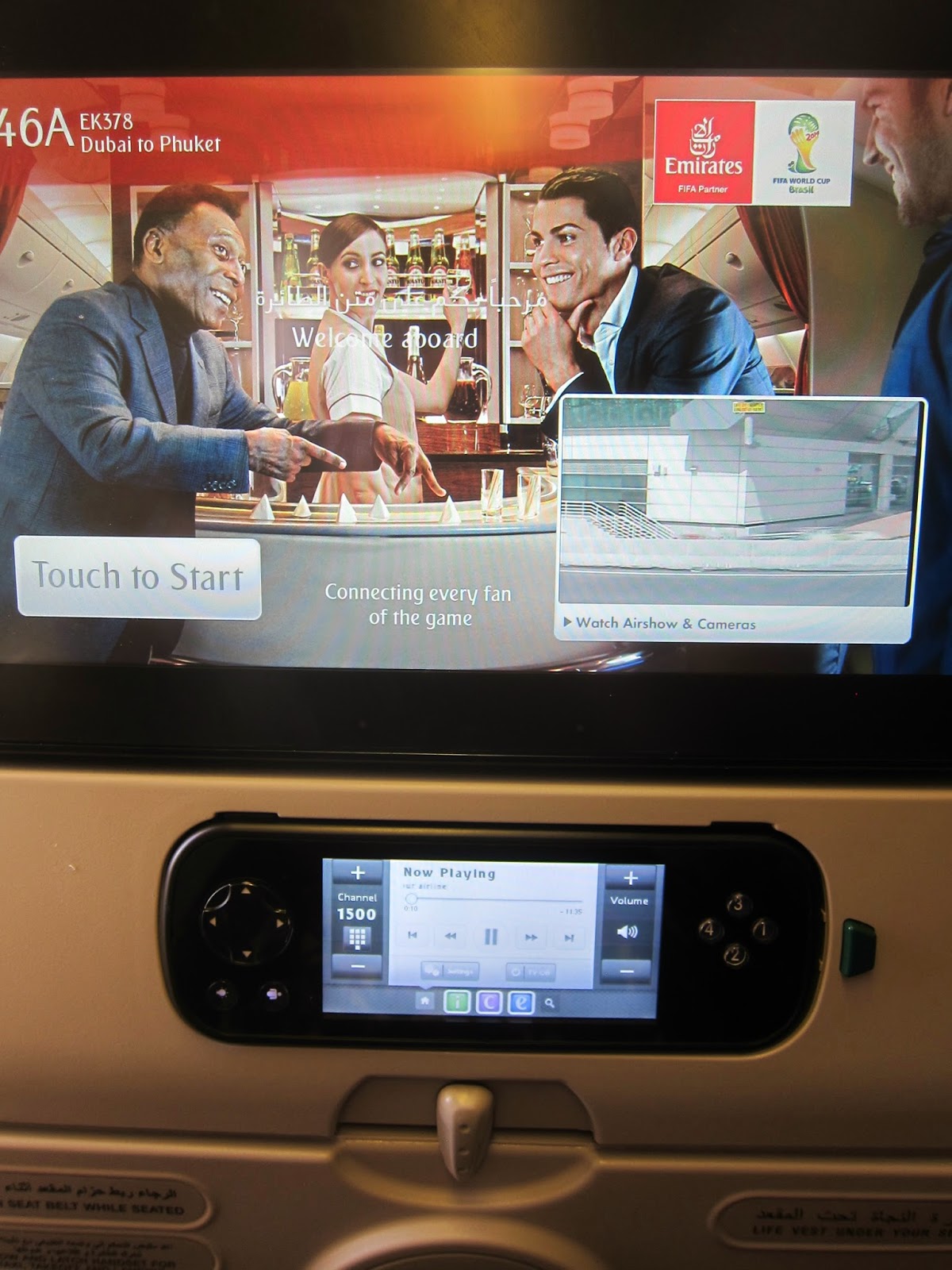 After take-off, I was thirsty and tired. I knew dinner was coming but I wasn’t even hungry.  It was getting close to midnight and typically I’d be in bed.  The food cart came around and the options were chicken, lamb or vegetarian.  I got the chicken but regretted my decision once I saw the Mo’s lamb biryani dish. 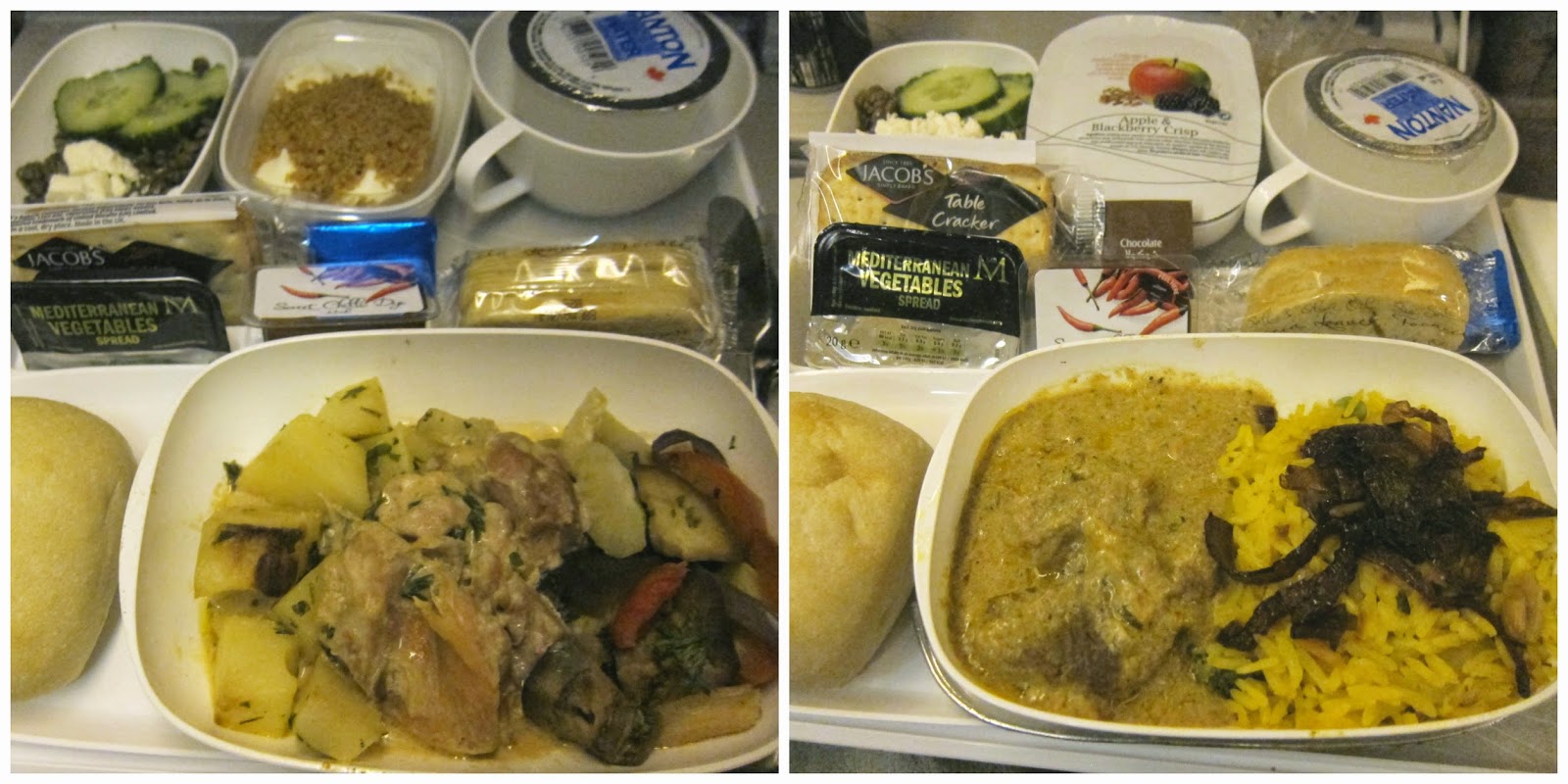 We were also served breakfast but it wasn't that great. 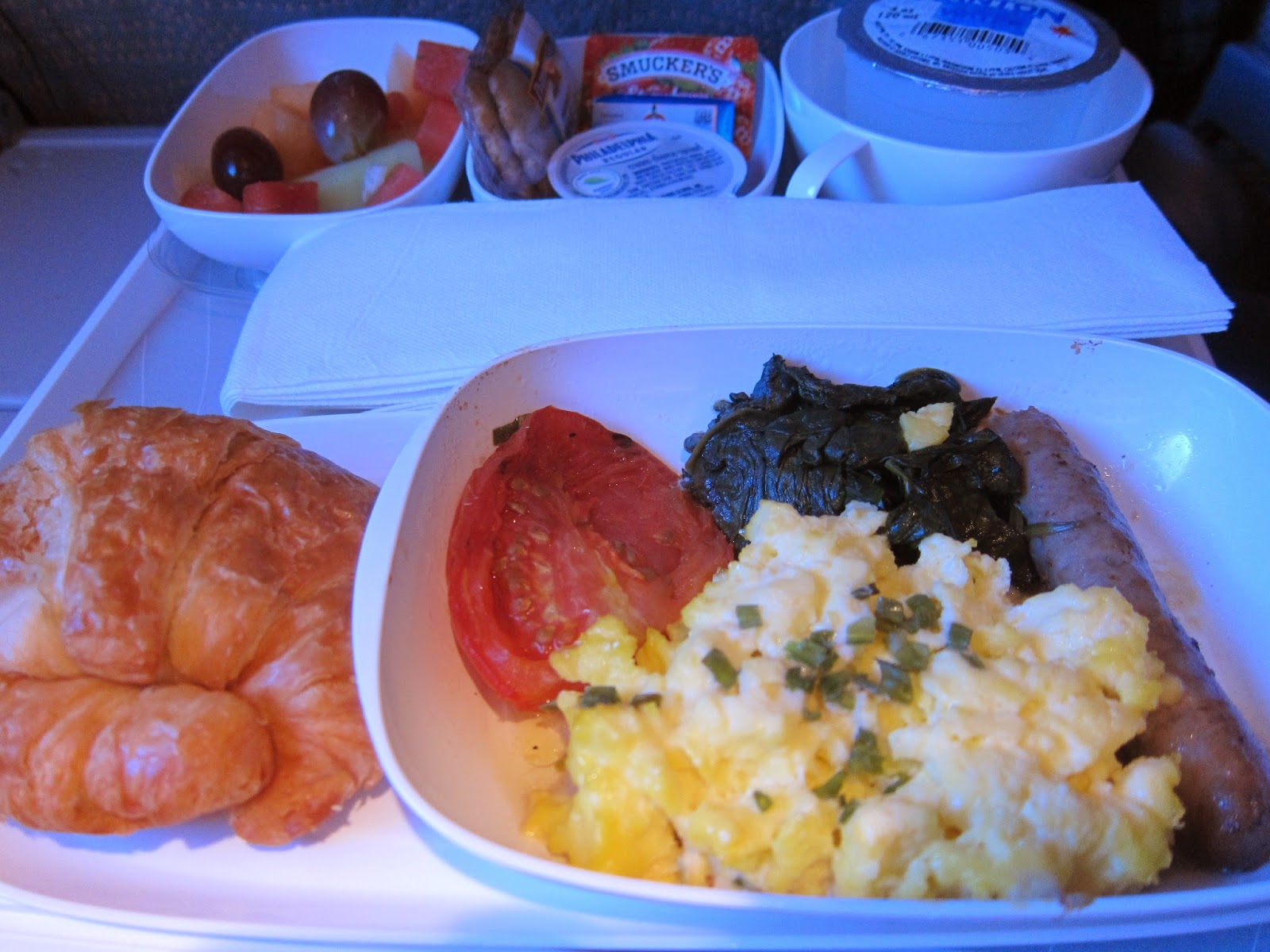 We told them we were on our honeymoon and they took a picture for us and gave us a celebratory cake and card.  Too bad my eyes were closed. 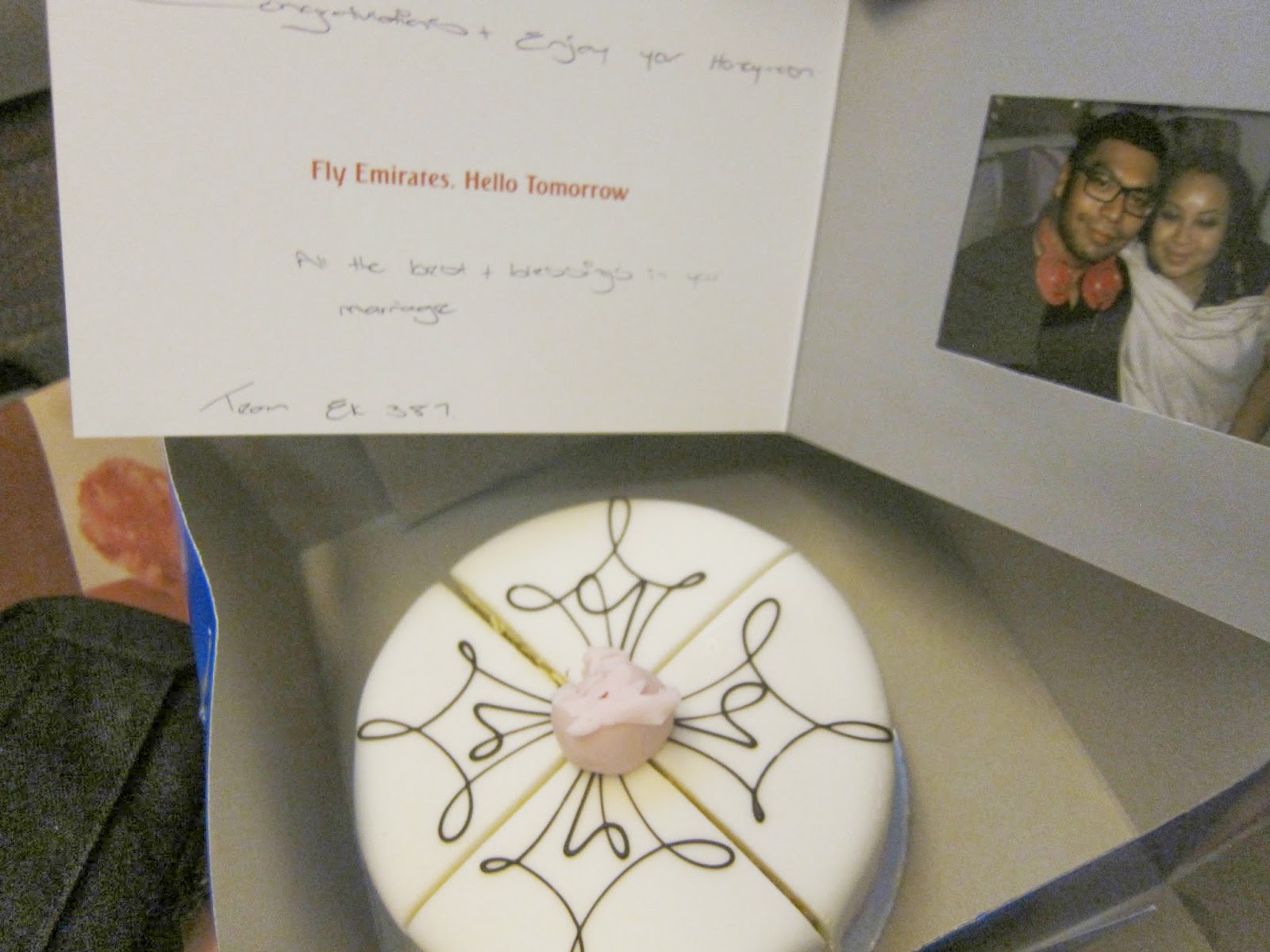 The sky looked really beautiful and I wanted to take a pic! 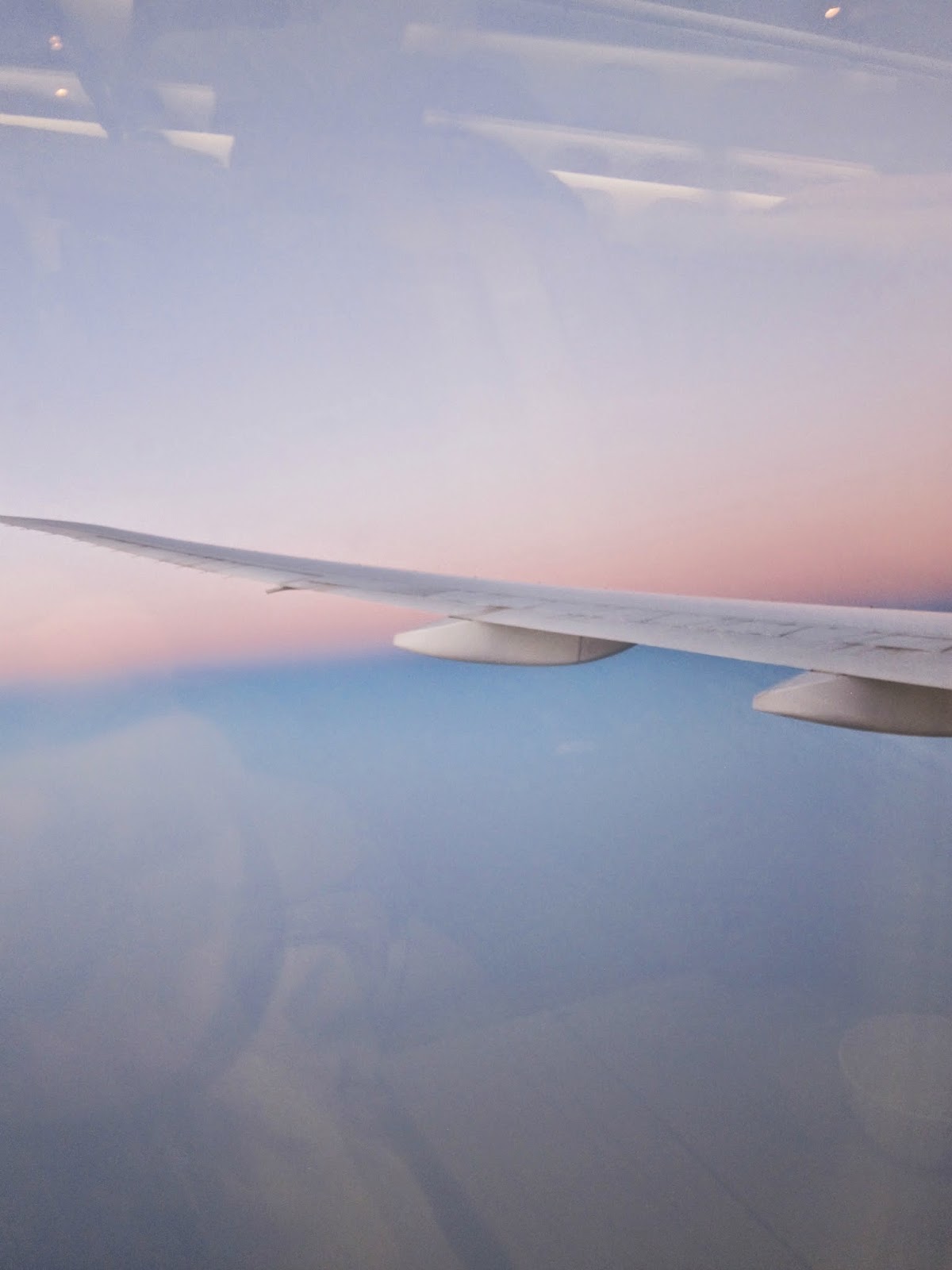 Customs and Immigration was a breeze at Dubai International Airport.  They had “smart” machines that we could scan our passports upon arrival.  Since we had a layover that exceeded 8 hours, Emirates put us up in their airport hotel along with dinner and breakfast vouchers and free transfers.

We arrive at our airport just before 9 and there was a tour company offering a 2 hour city night tour.  After some evaluation, we decided it was a good deal because the $30.00 per person fee would be less than what we would spend on a cab ride to various attractions and back to the hotel.  With Sun Tour, we would visit some of Dubai’s iconic landmarks such as Atlantis Dubai, the mosque, the one and only 7 star hotel, Burj Al Arab and the man-made island of Jumeirah Island.

City tours aren’t usually our style since we like to do things on our own via public transportation but the metro was not operating this late in the evening.  The tour was actually well worth the money because we stopped many times for photo opportunities and our tour guide Jamal was very knowledgeable about the city, landmarks and politics. 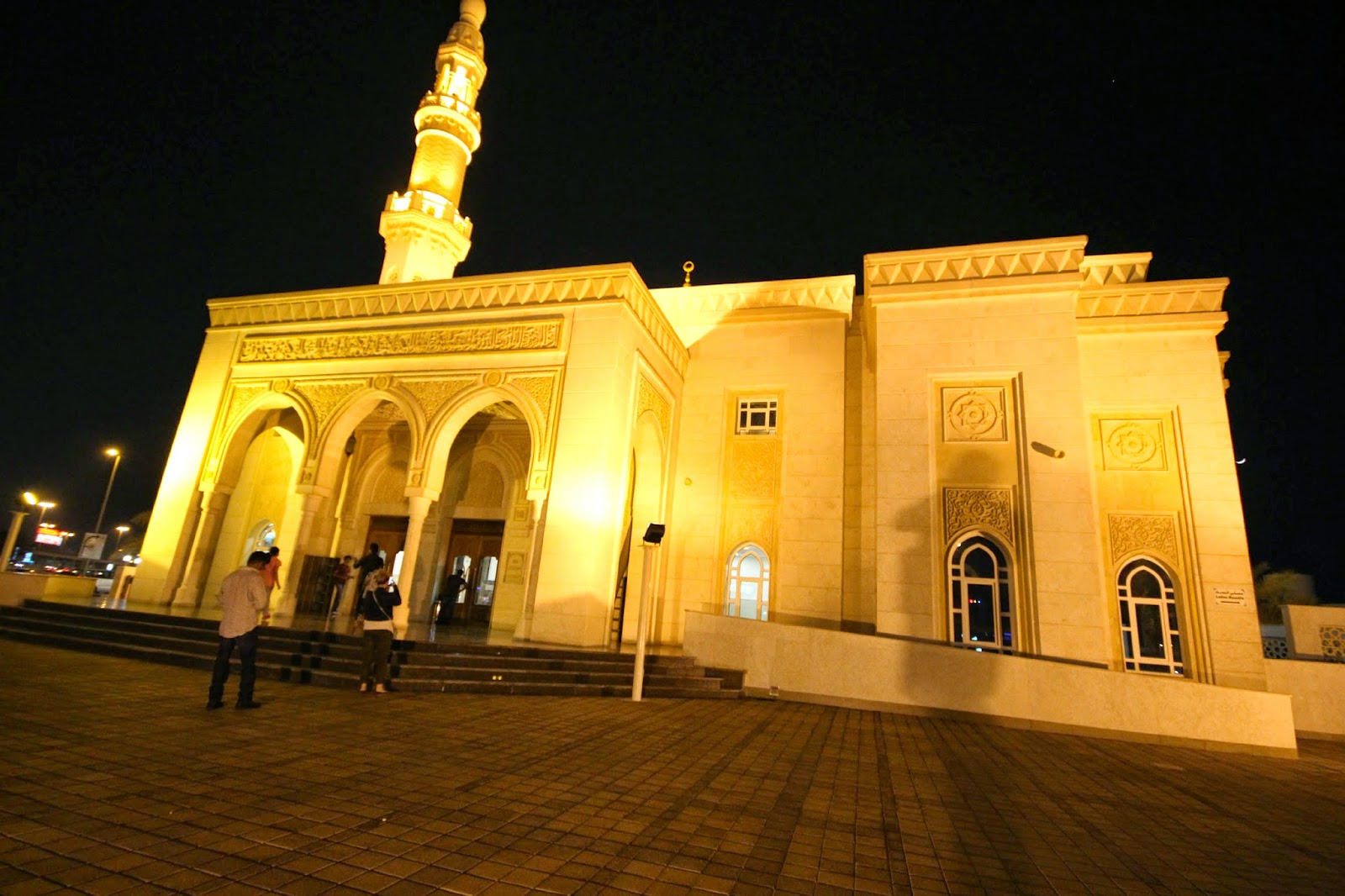 I couldn't get into the actual praying room because I am female.  There was a separate prayer room for the ladies. 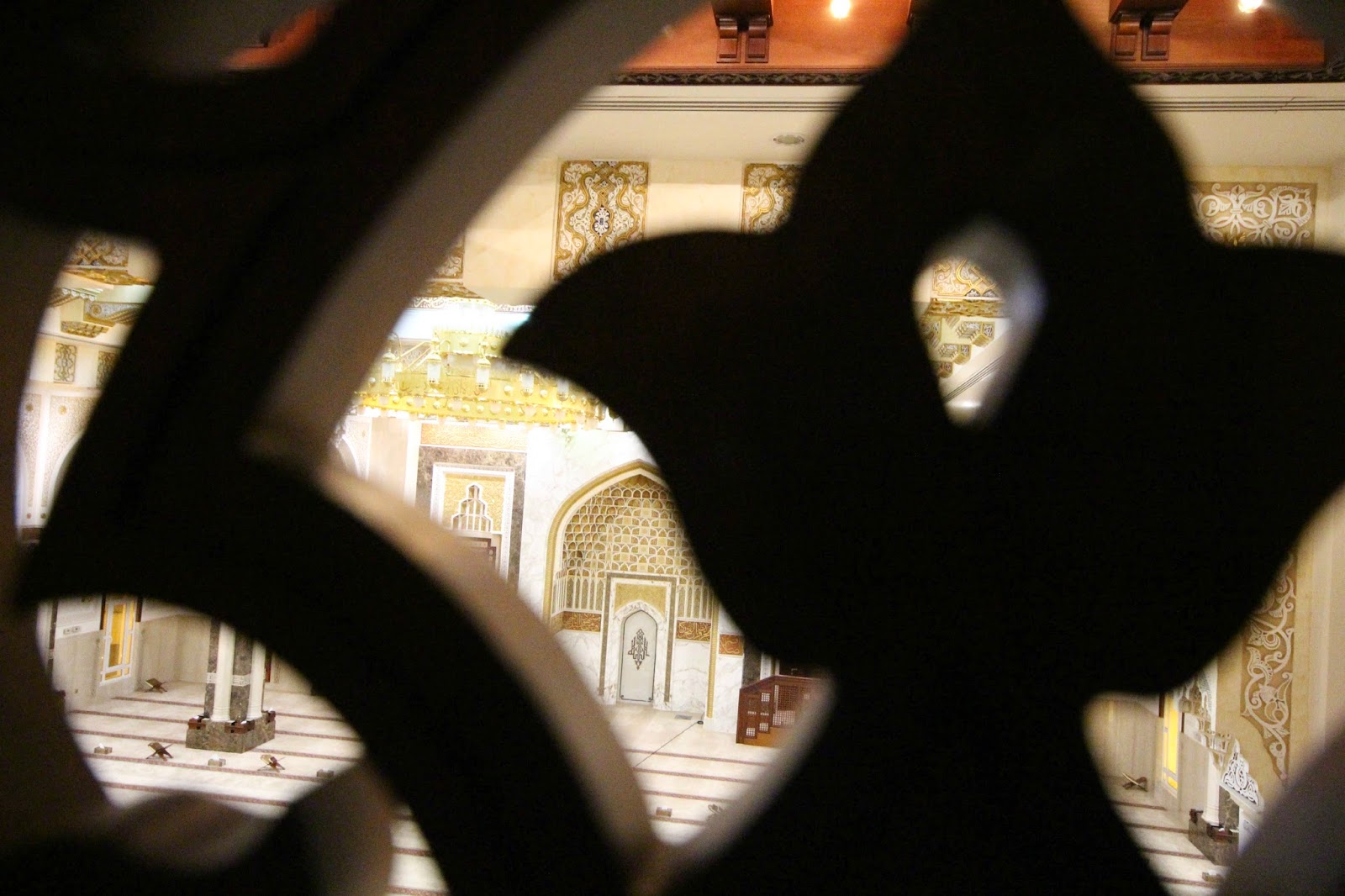 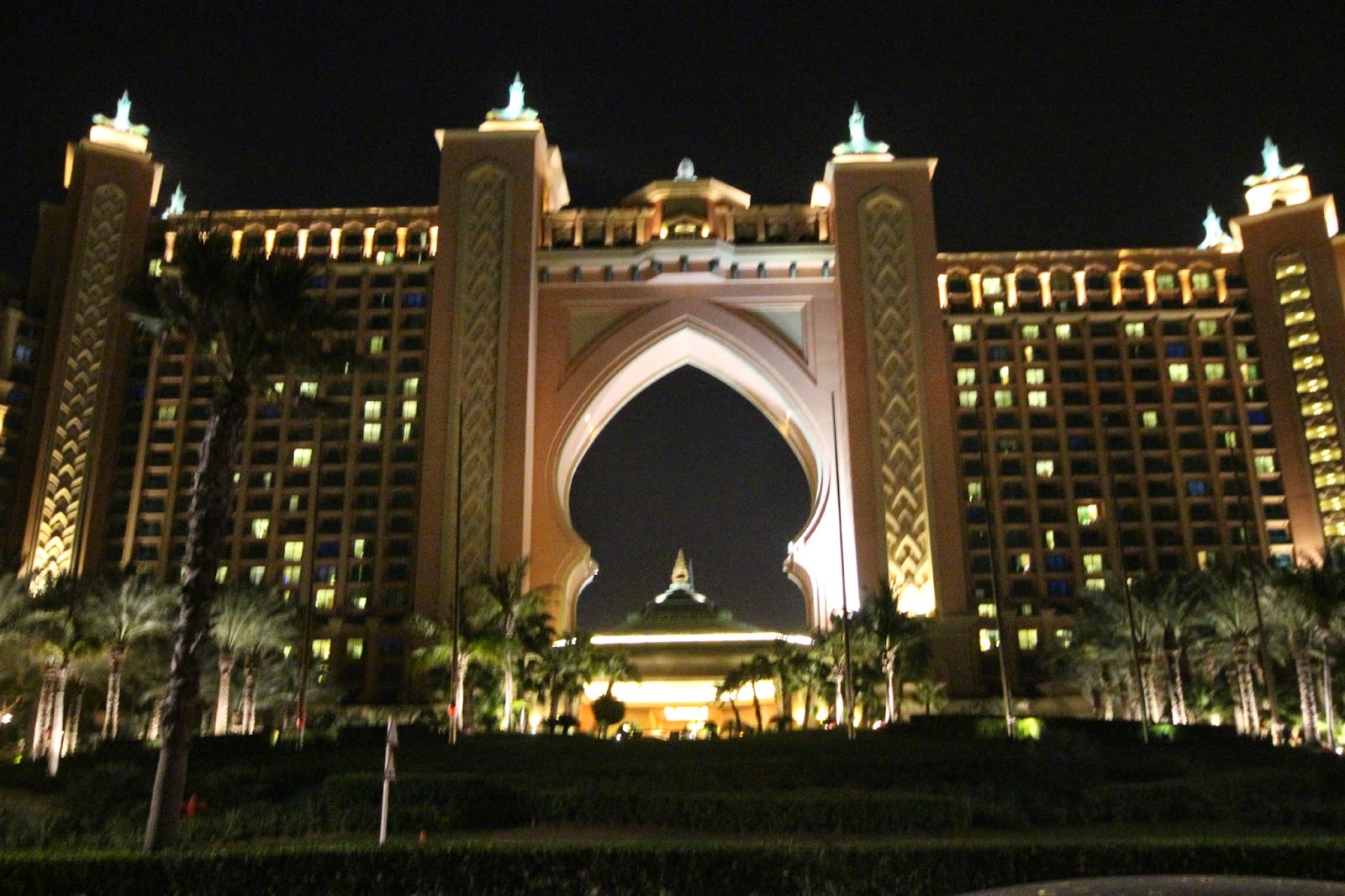 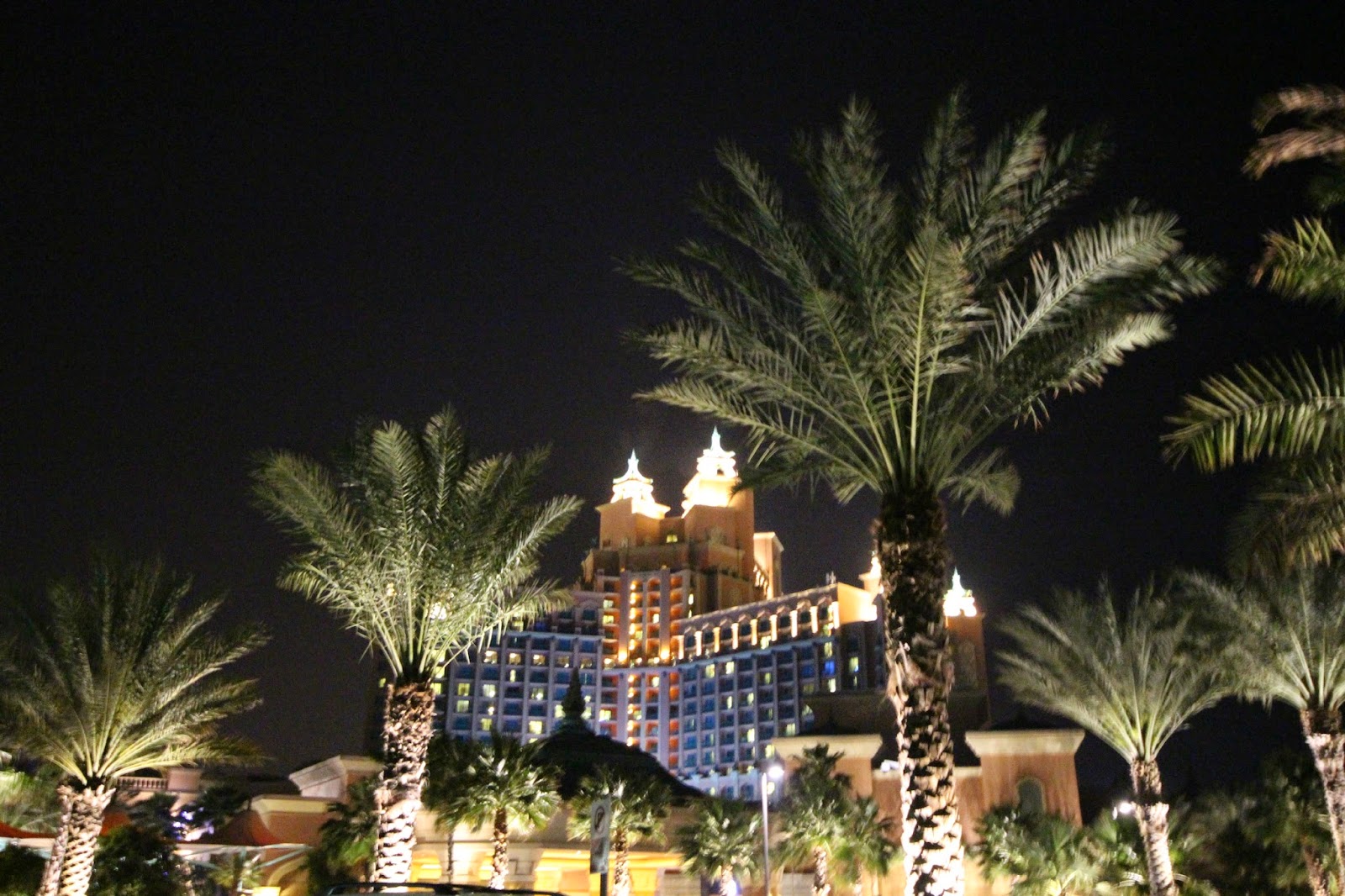 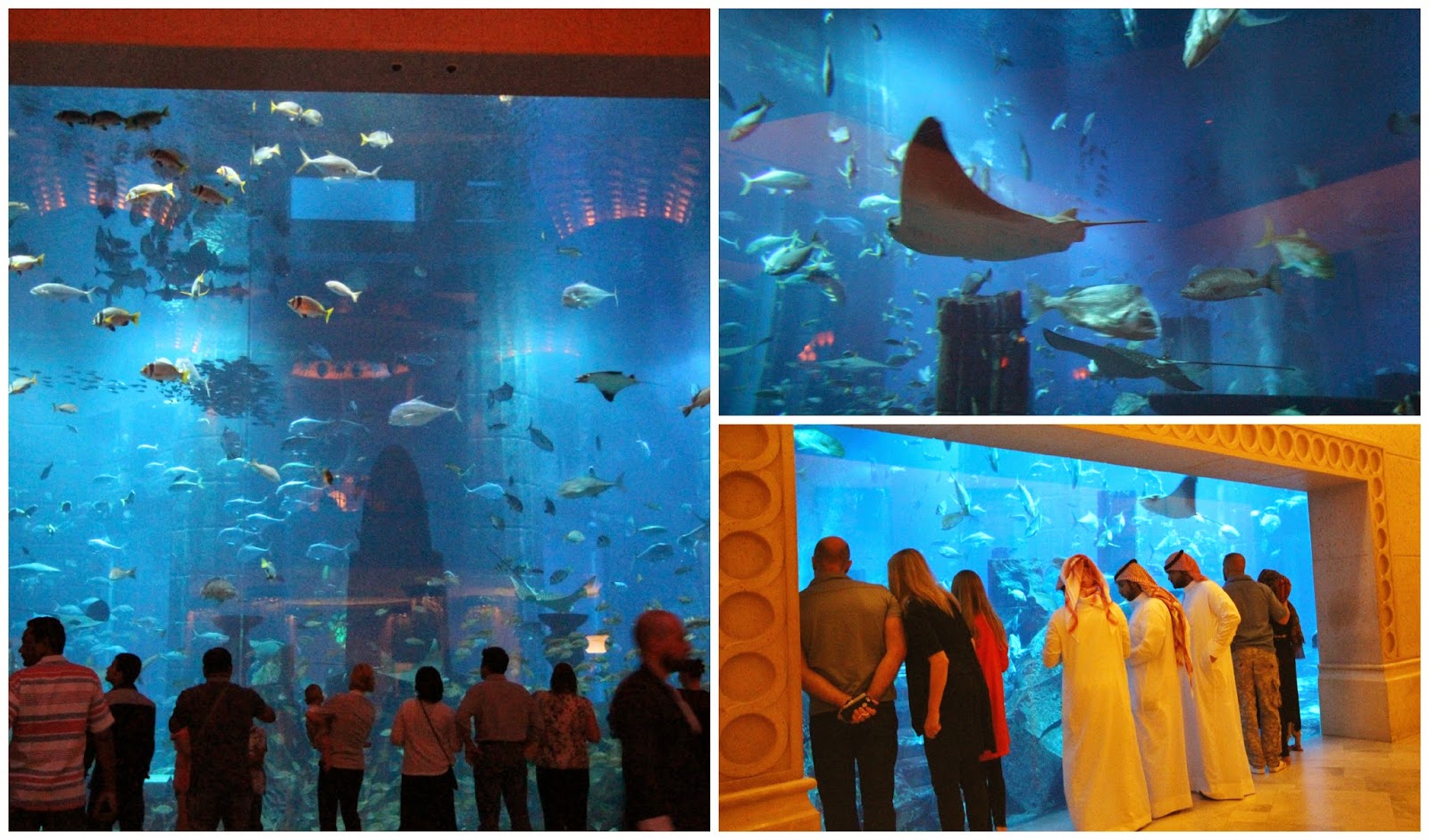 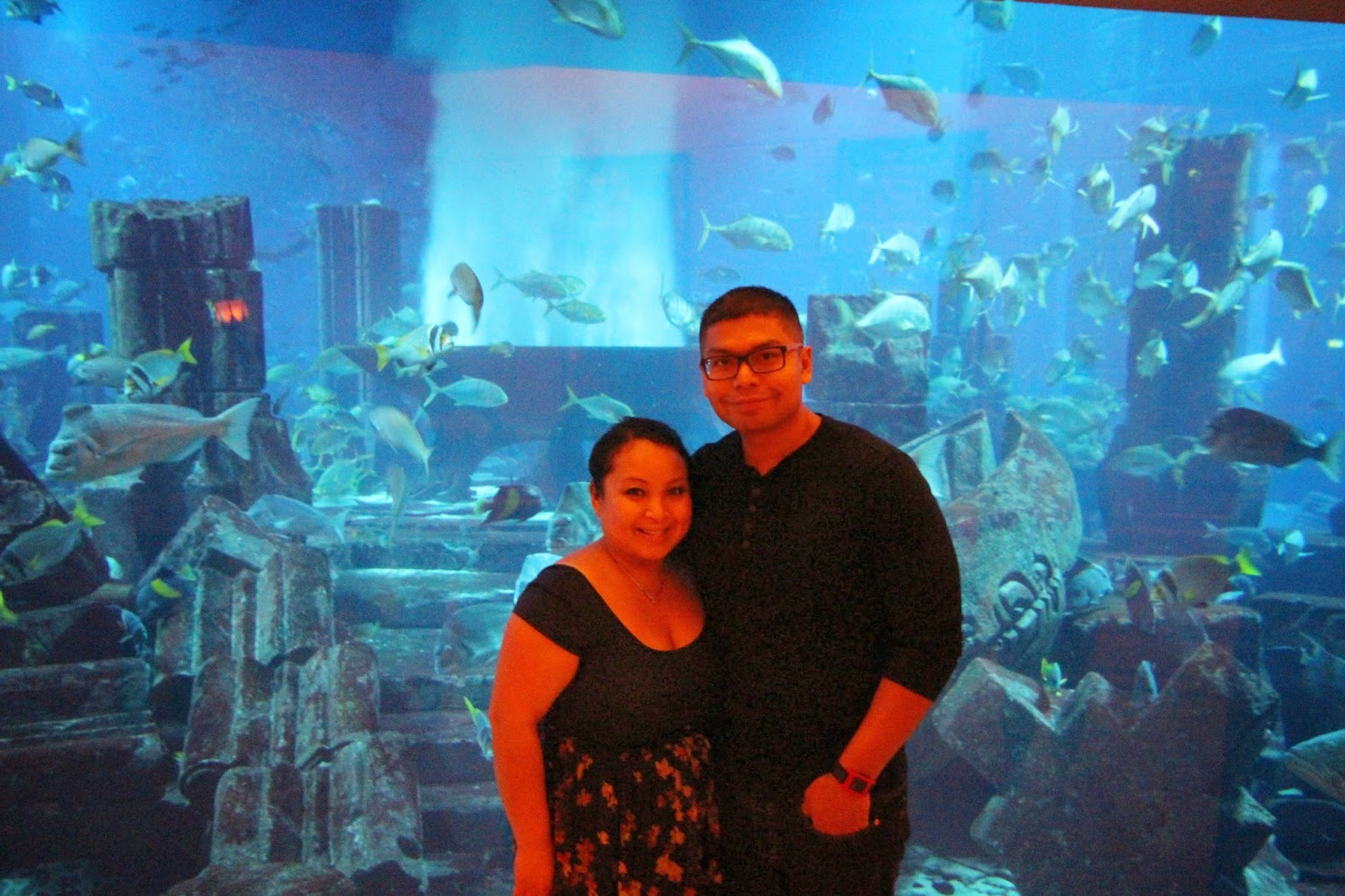 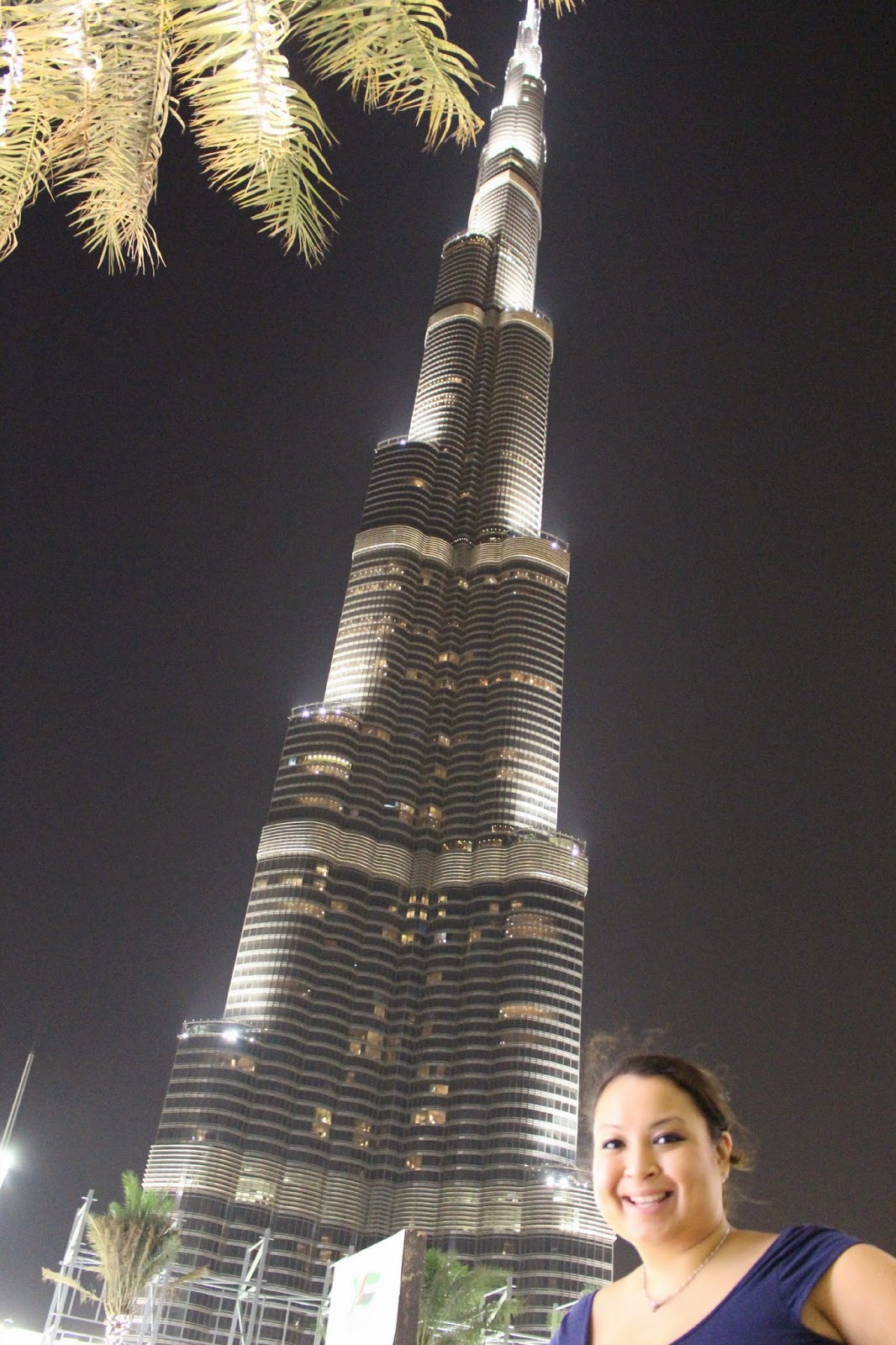 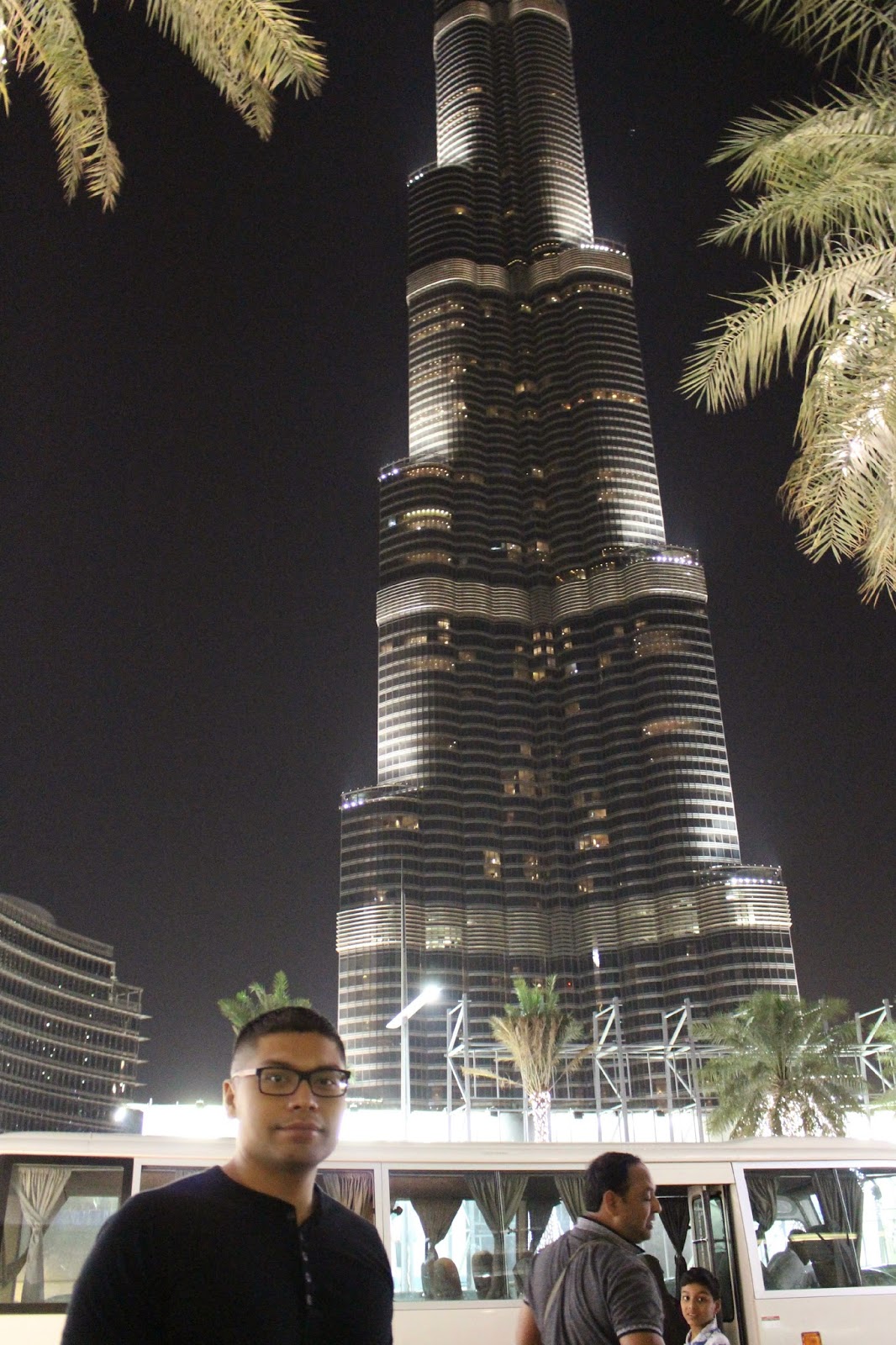 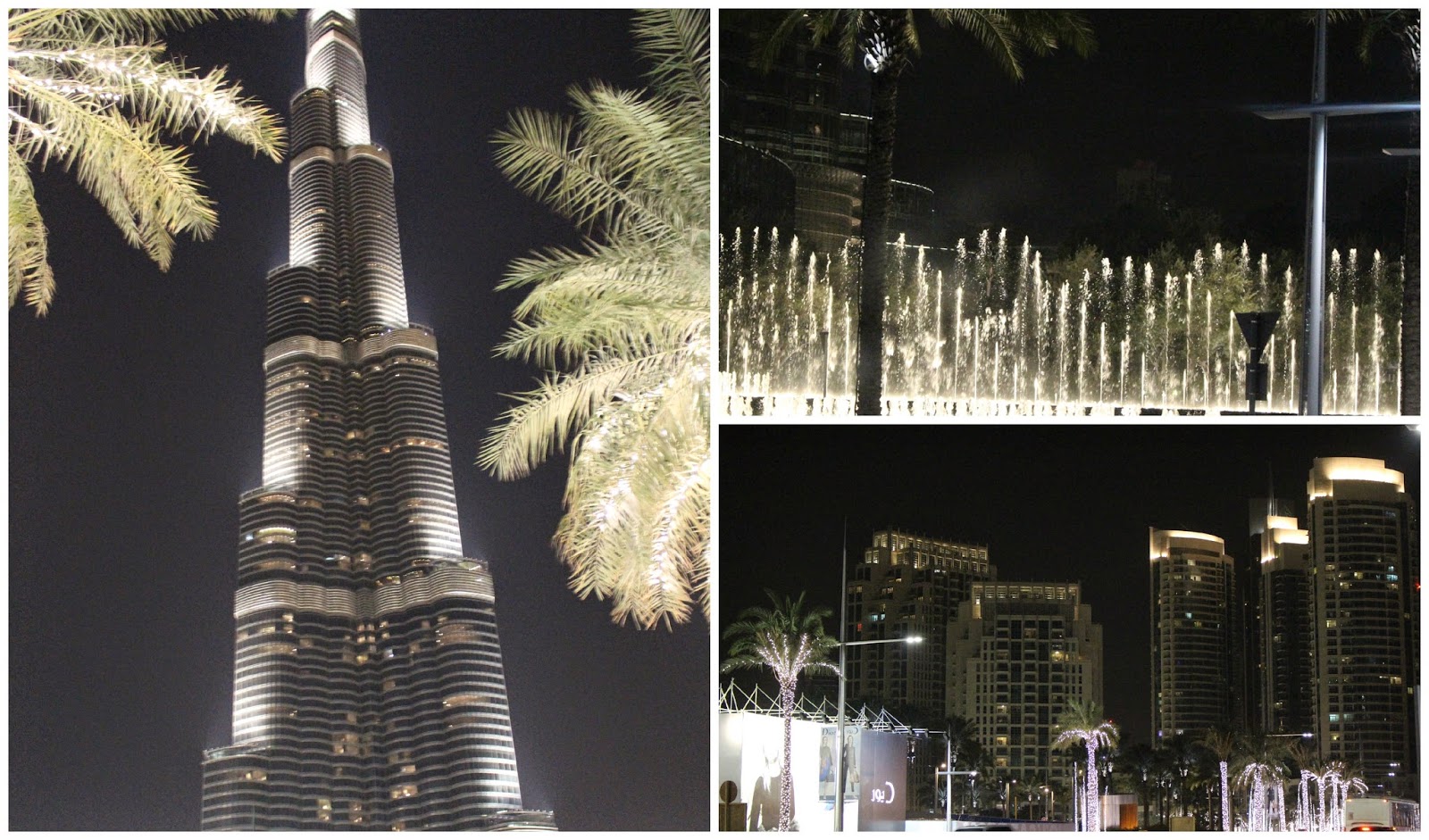 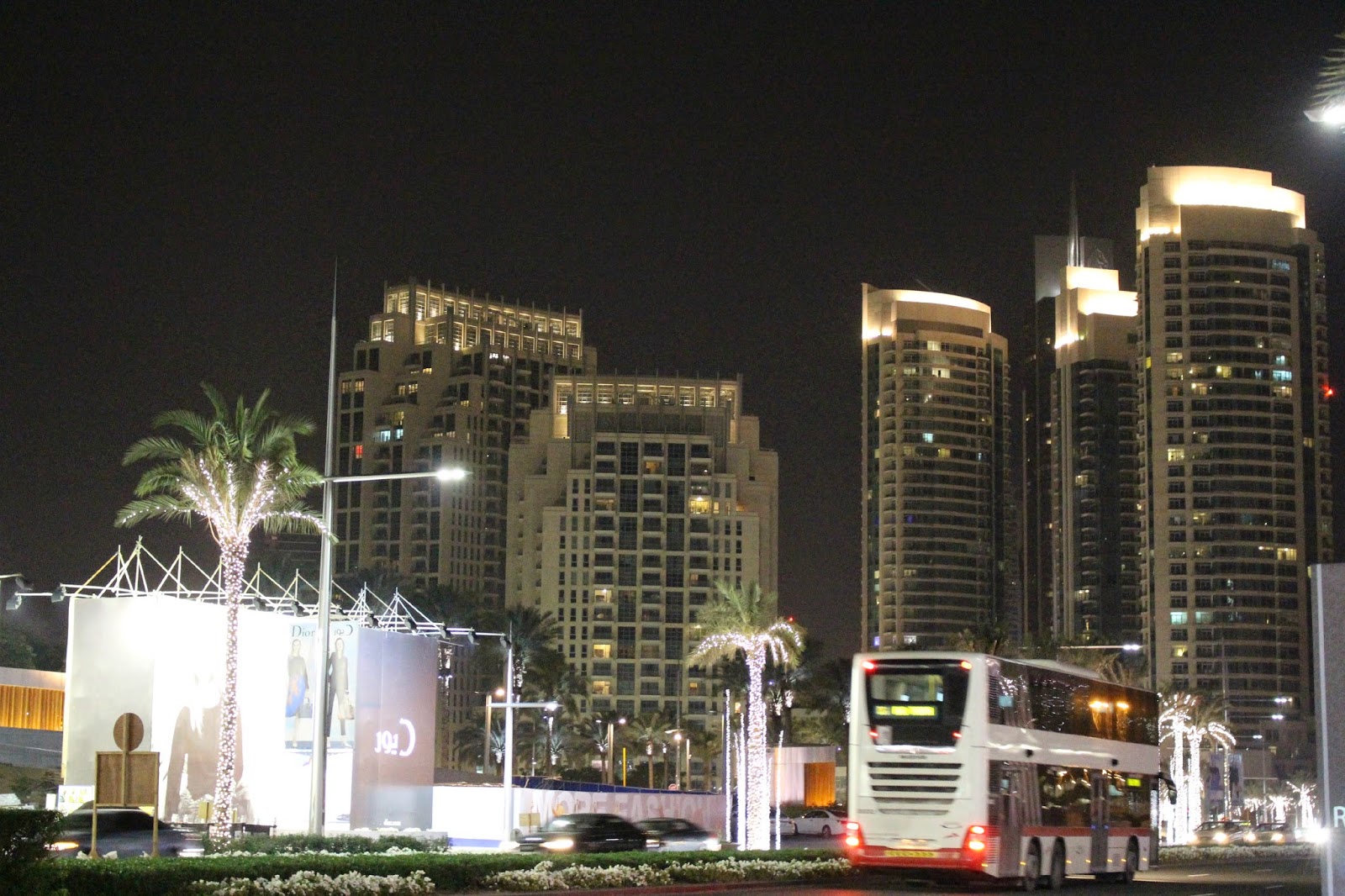 We also visited the Palm Jumeirah and the Burj al Arab but I couldn't take pictures to do justice to these amazing landmarks, so here are some "borrowed" pics. 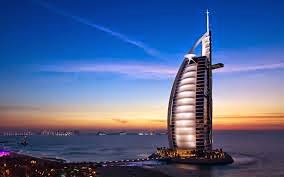 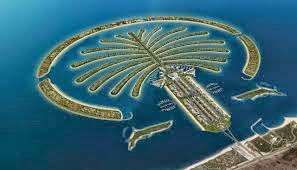 Dubai is truly the most fascinating city that I’ve been to.  The architecture and engineering amazes me the most.  When we are bored, the Mo and I watch Modern Marvels and Dubai is frequently featured.  It’s amazing how these geniuses build metropolis skyscrapers on soft earth and still have to battle with other mother nature forces like high temperature and sand storms.

The people themselves are quite interesting.  There’s the richest of the rich along with those that earn $ 3,000 USD a year.  During our tour, we saw many Range Rovers, Aston Martins and Lamborghini’s.

We got back to the hotel and ended our night at the dinner buffet.  We only had 4 hours to sleep before we had to wake up for the Burj Khalifa at 5 AM. 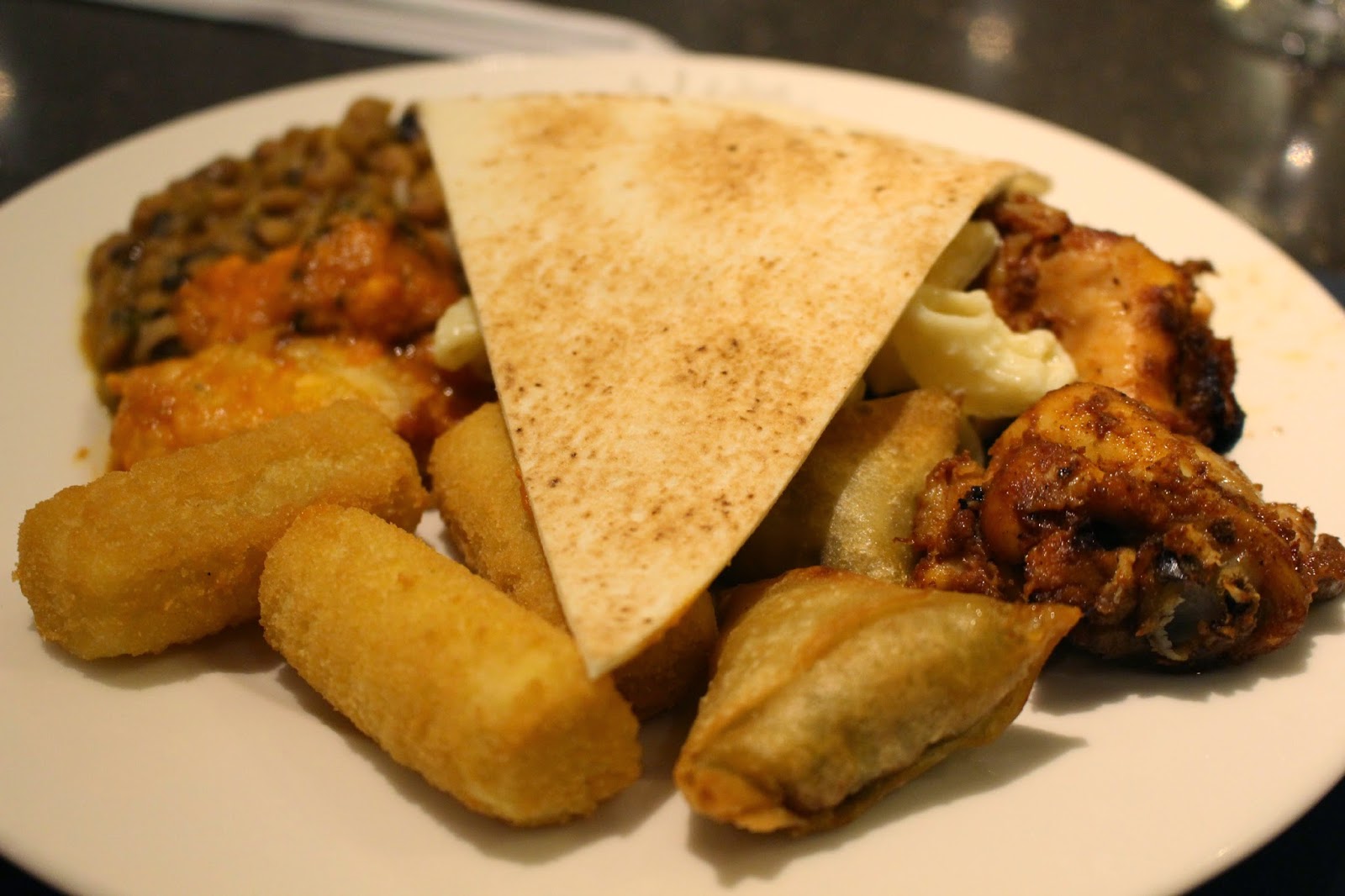