Fun in the sun at Phi Phi Islands 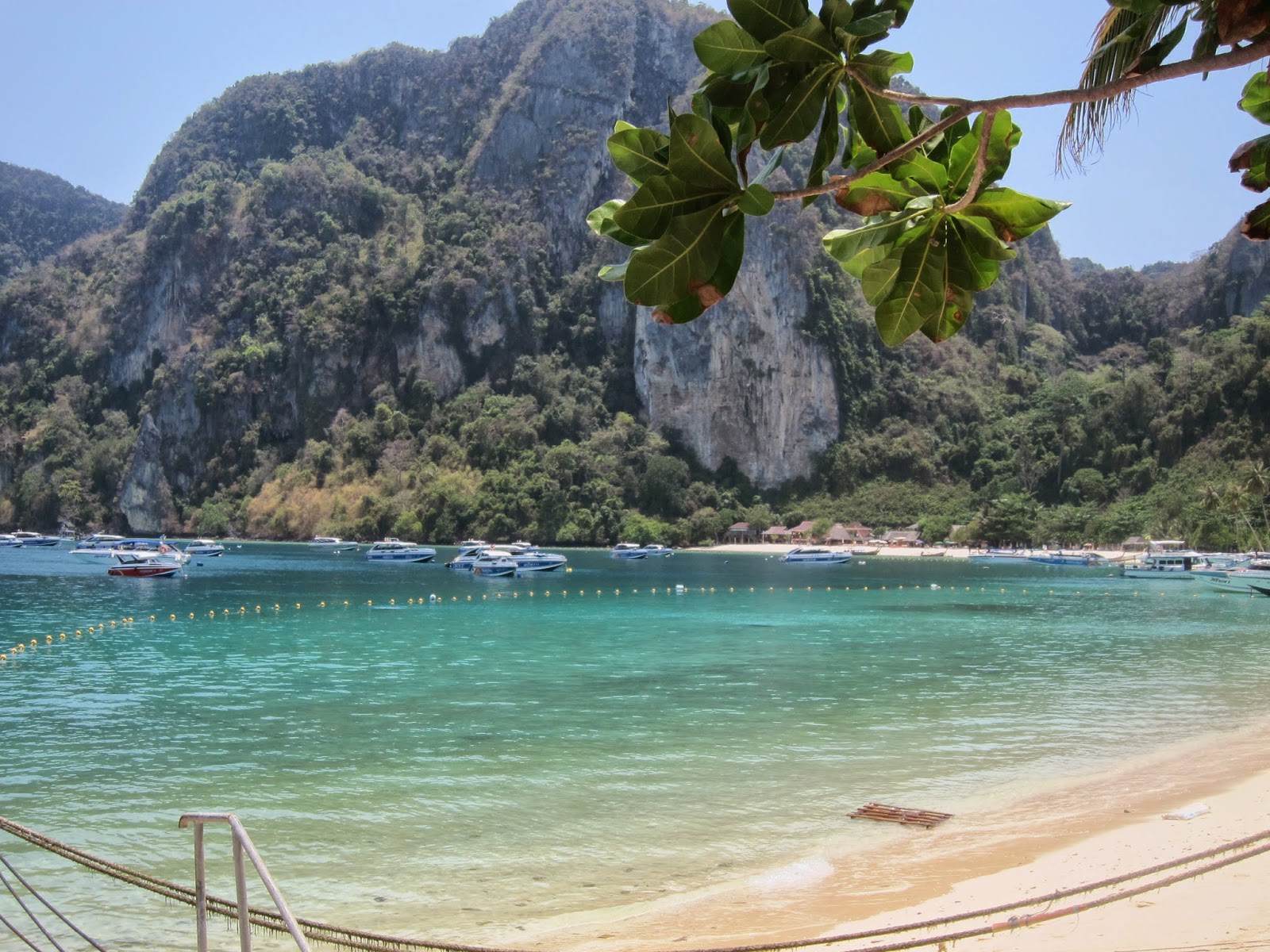 Phi Phi Islands is a group of islands with beautiful idyllic beaches off the coast of Phuket.  We took a 90 minute ferry to Phi Phi Don where we stayed for 2 nights.  The island reminds me of Montezuma, Costa Rica.  It's small and everything is within walking distance.  Everyone walks barefoot on the streets and small roads.  The faces all start to look familiar after a couple of days.


Everyone arrives to Phi Phi Don via a passenger ferry from Krabi, Ao Nang, or Phuket. 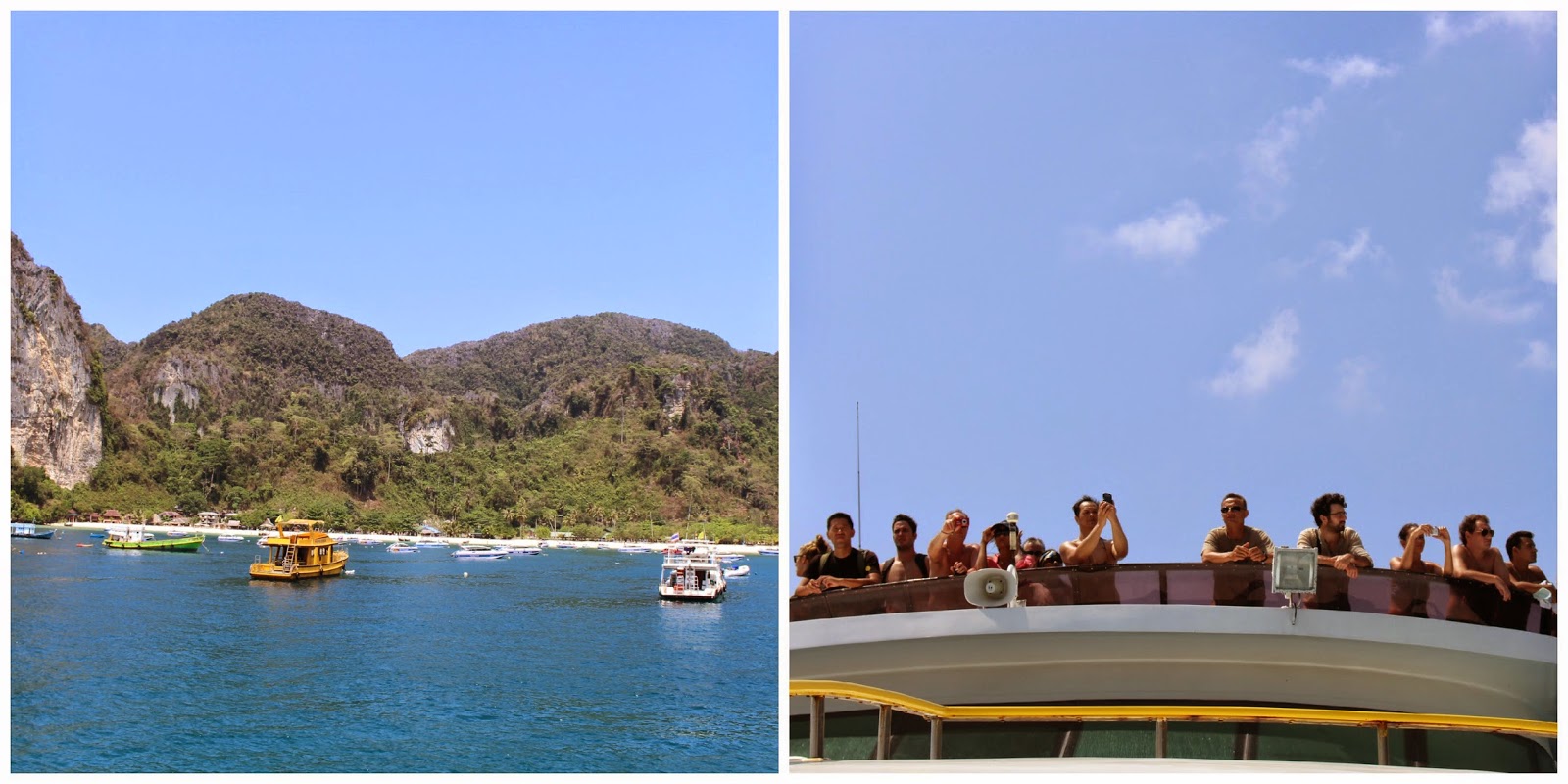 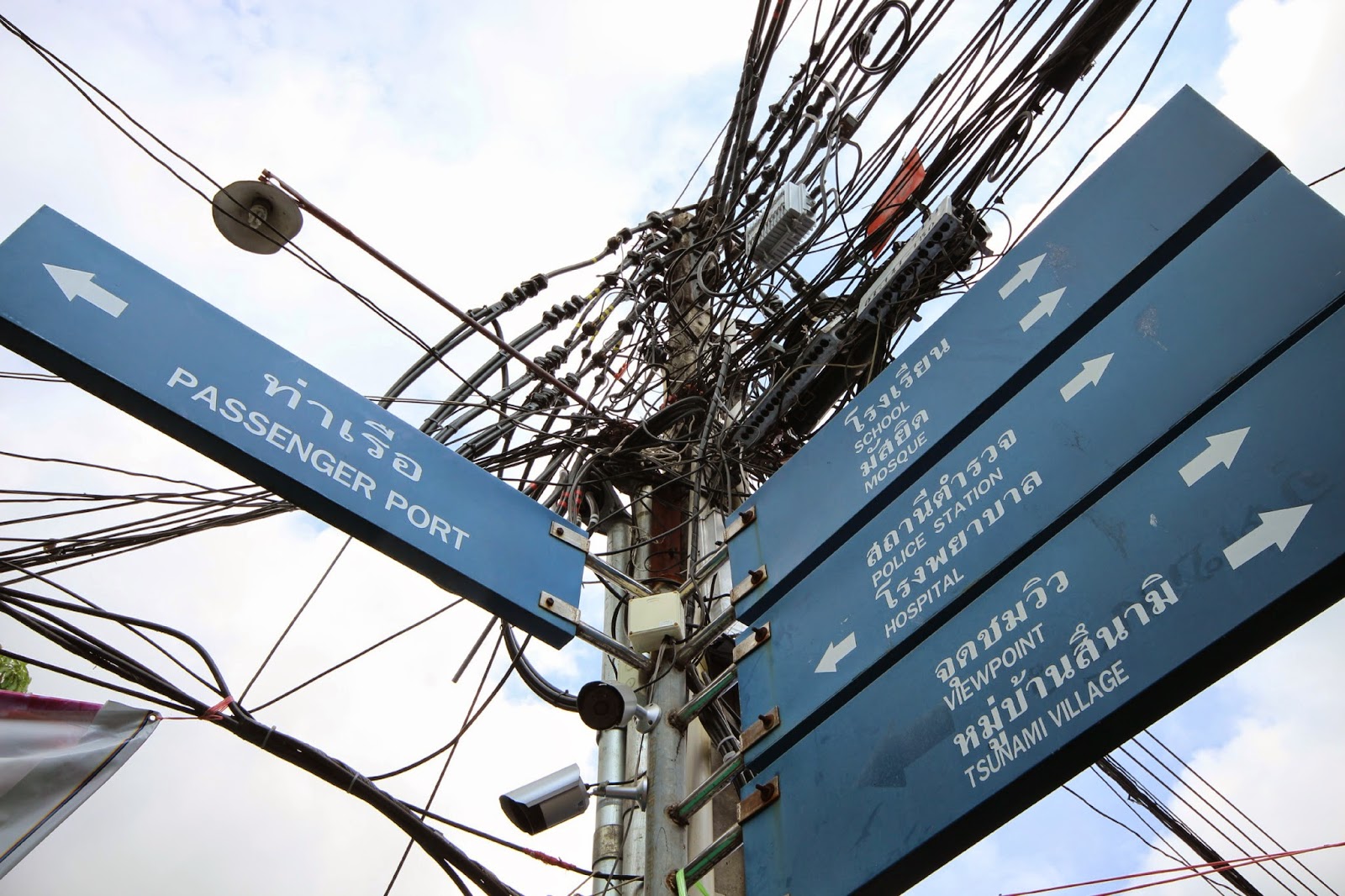 No motorized vehicles are allowed on the island.  Traditional bicycles are only allowed during the day time so the main method of transportation is your good old feet.  It wouldn't have been so bad we didn't have so much shit with us.  Long tail boats are available for hire if you wish to visit other nearby beaches.

We stayed in beach side bungalow at Dee Dee's Beach House.  The accommodations was pretty basic but that's the norm for most of Southeast Asia. 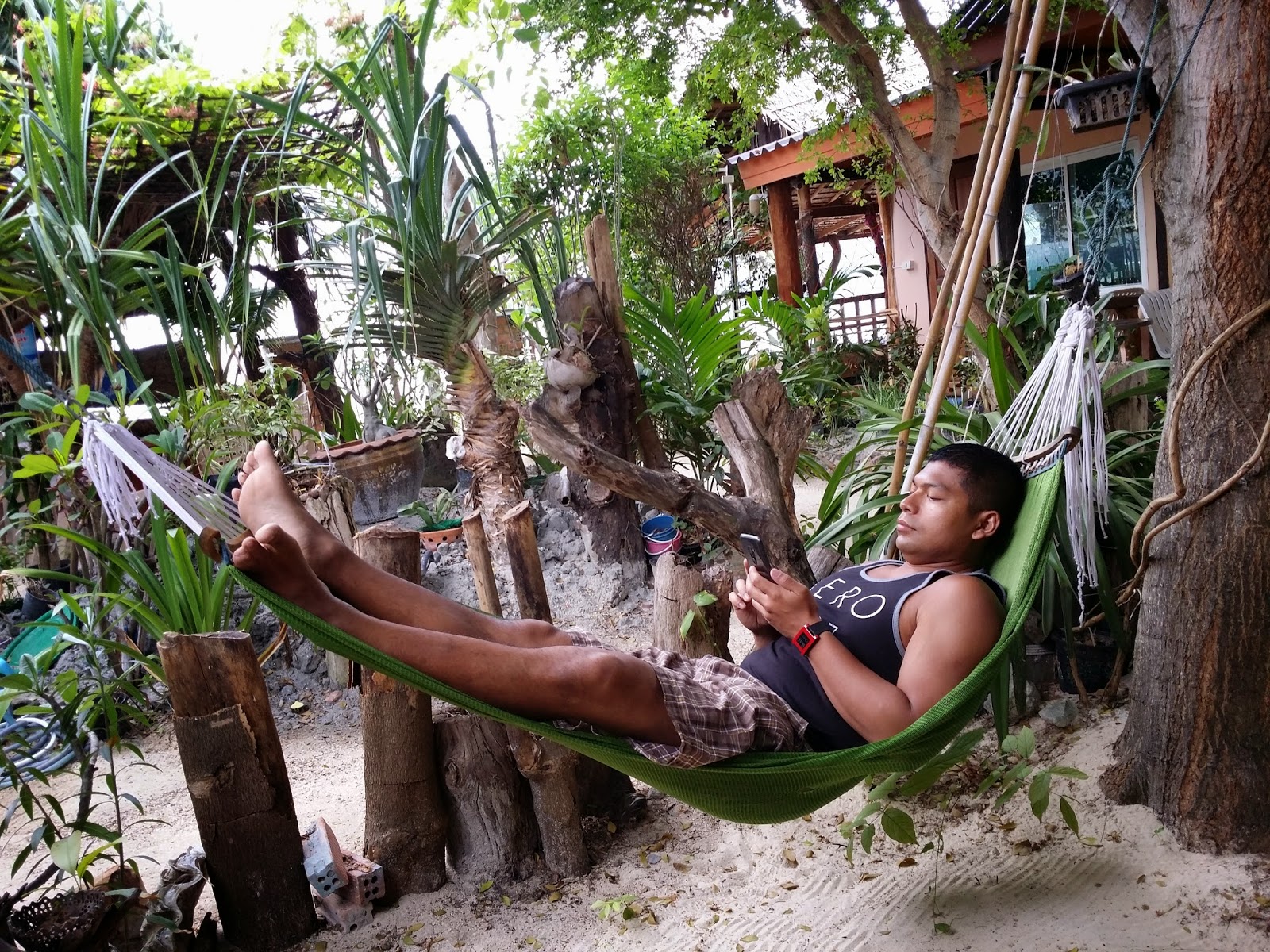 The beach in front of our room.  The water was pretty shallow especially during low tide. 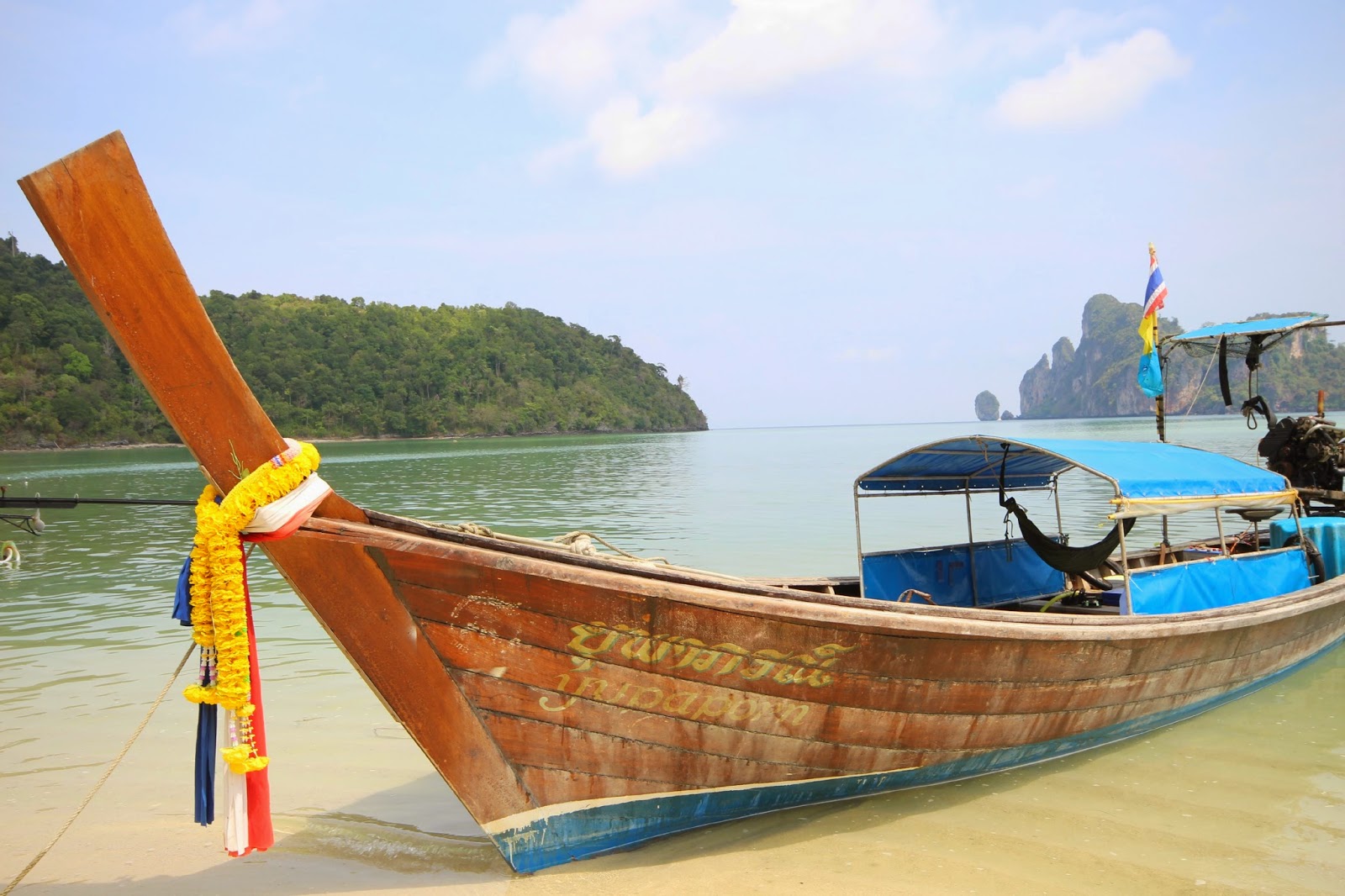 One of the days, we went on an island hopping booze cruise.  The last day, we went to the beach and caught up on some reading.  We sipped on fruity cocktails and sometimes beer and listened to music.

When the weather exceeded 100 degrees and became unbearable, we participated in day time drinking at the bar and people watched.  There were normal looking people and there were ratchet girls. Dojo Bar were offering "Double" Absolute vodka and Red Bull drink specials. 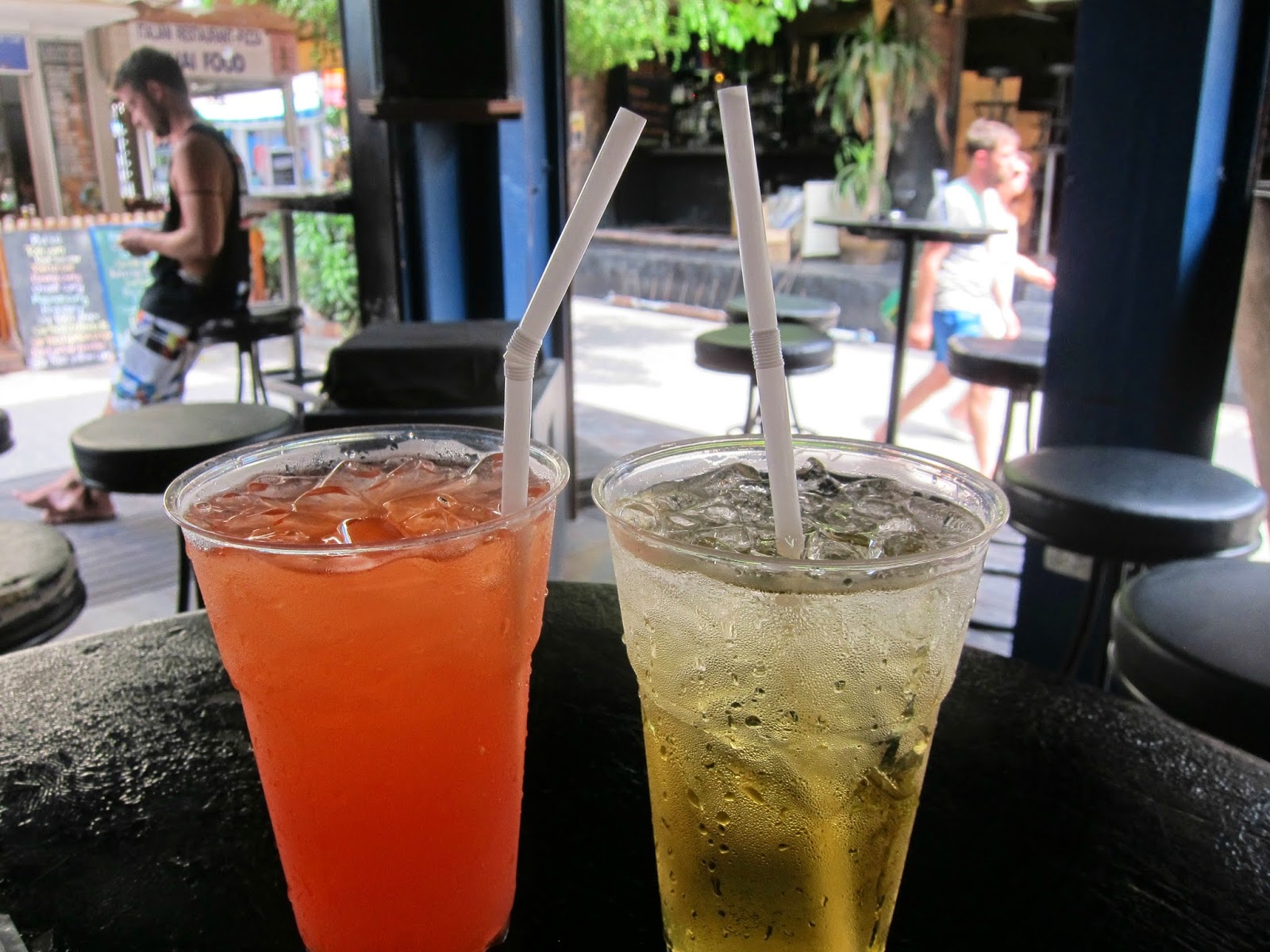 We didn't go hungry in Koh Phi Phi Don once.  For breakfast, we had traditional Chicken rice porridge for a little over $1 USD.  I've never had ginger or salted eggs in it before, only in the plain version.  It was tasty.  The street stand was geared towards locals but we were happy to take part in it. 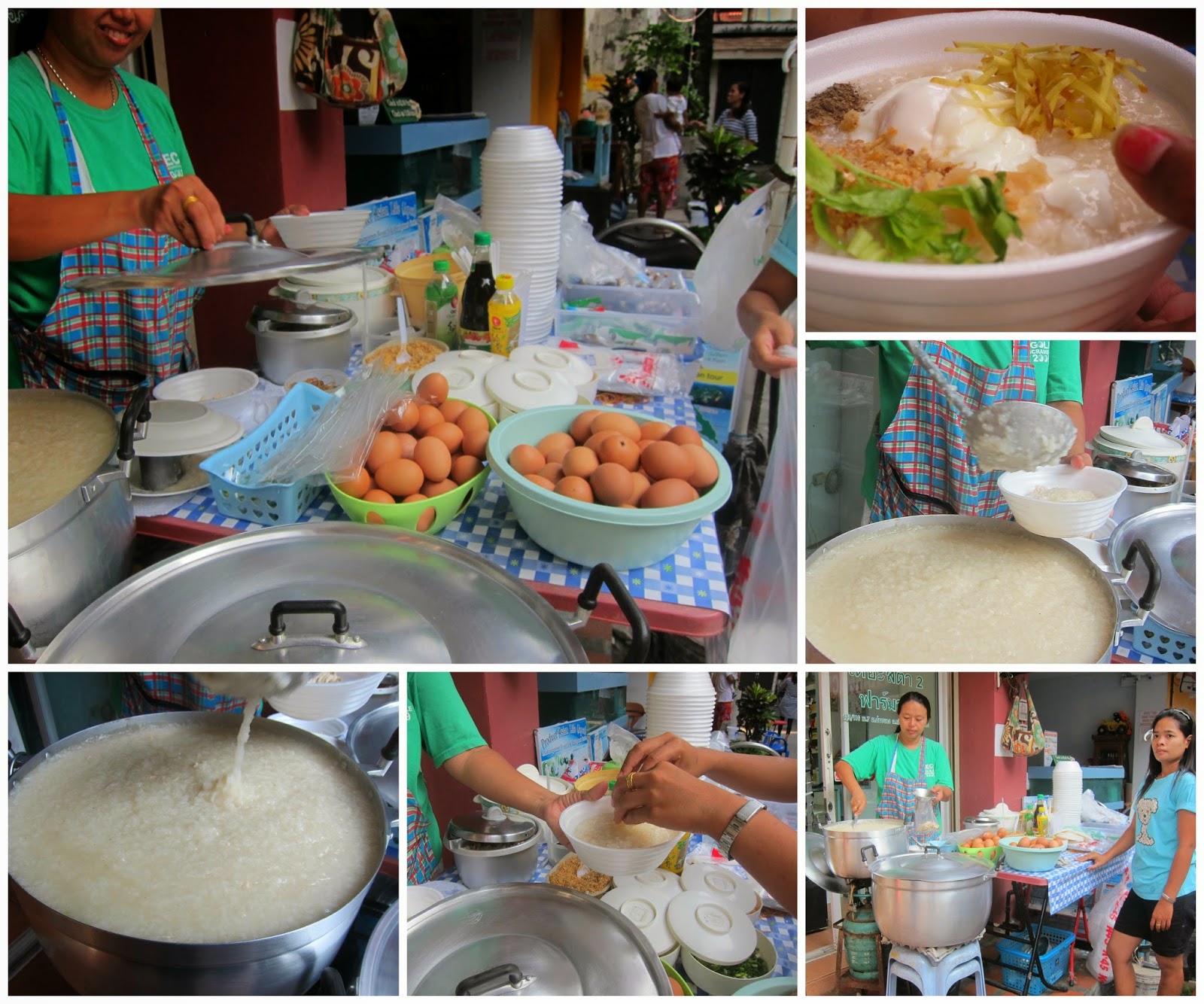 Another morning, we went to a noodle shop.  You get to pick out the type of noodle you want, the meat choice and the vegetables.  I went with wide rice noodles and the Mo went with ramen.  Each bowl was about $ 1.50 USD. 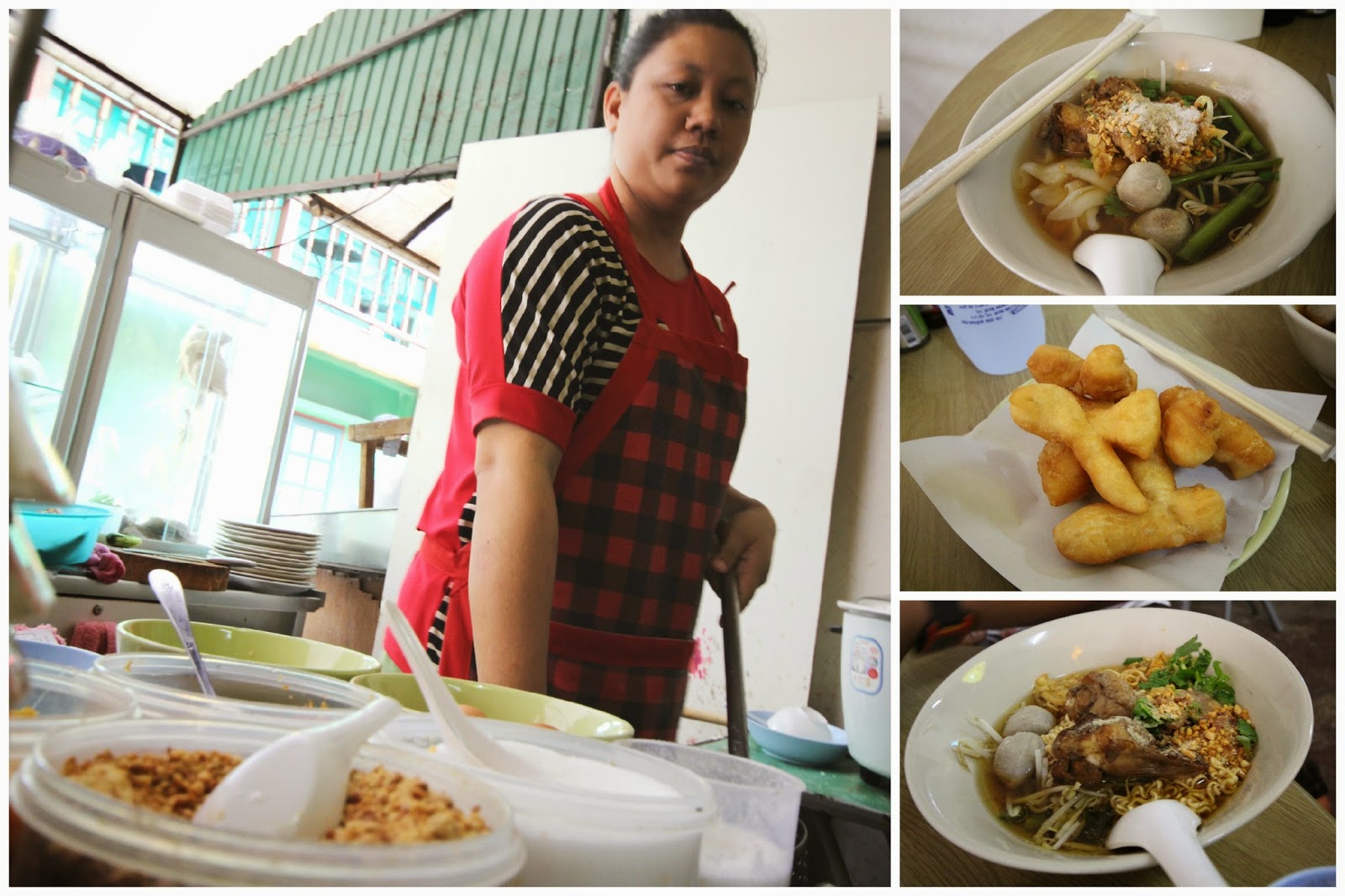 This establishment also makes their own fried dough.  It was hot and fresh and totally amazing.  Each piece was 15 cents USD.  My mom would be so jealous because she's been trying to perfect the recipe for quite some time now.  This local man made it seem effortless as he kneaded and cut the dough before deep frying it in the large wok. 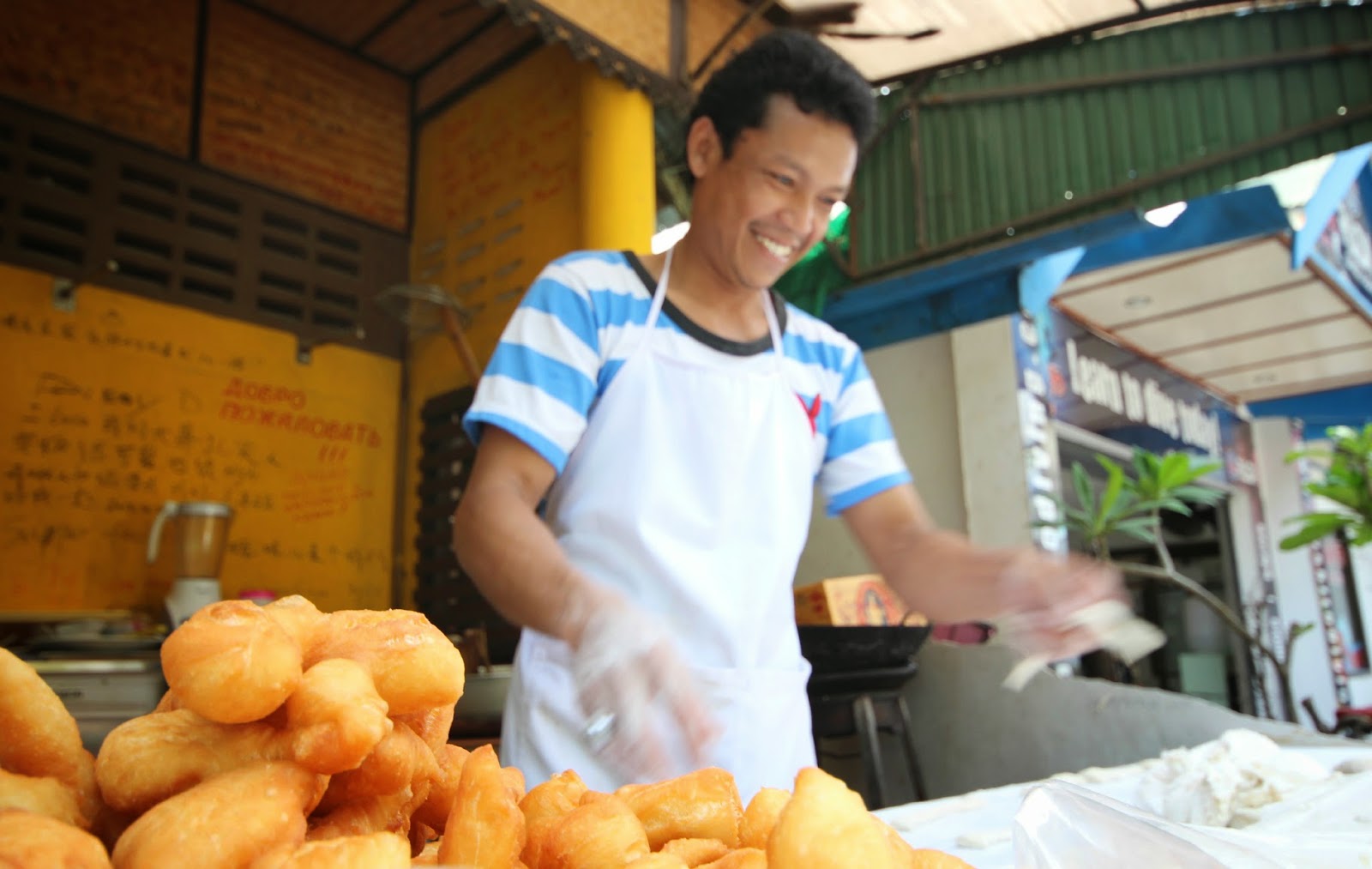 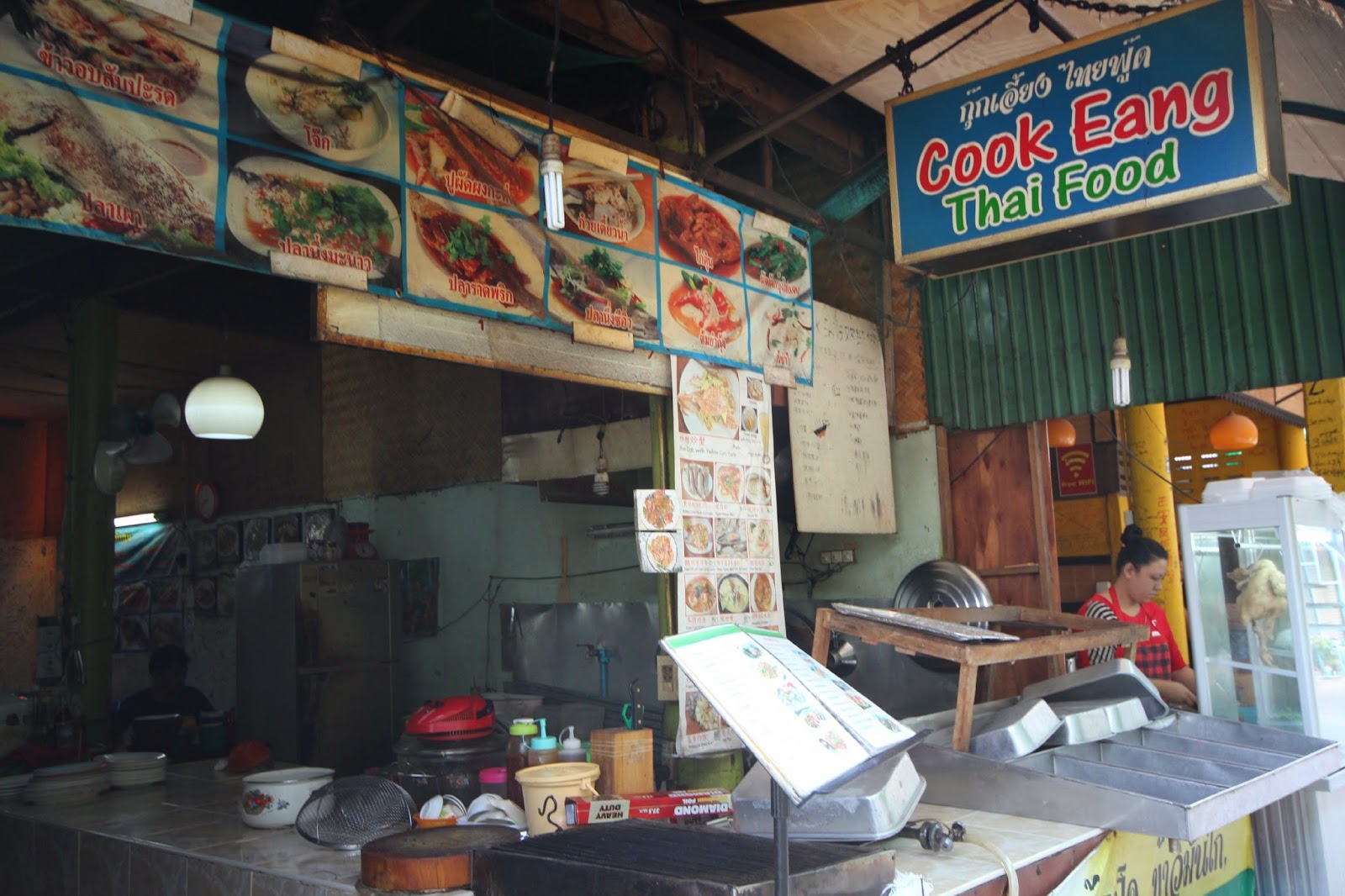 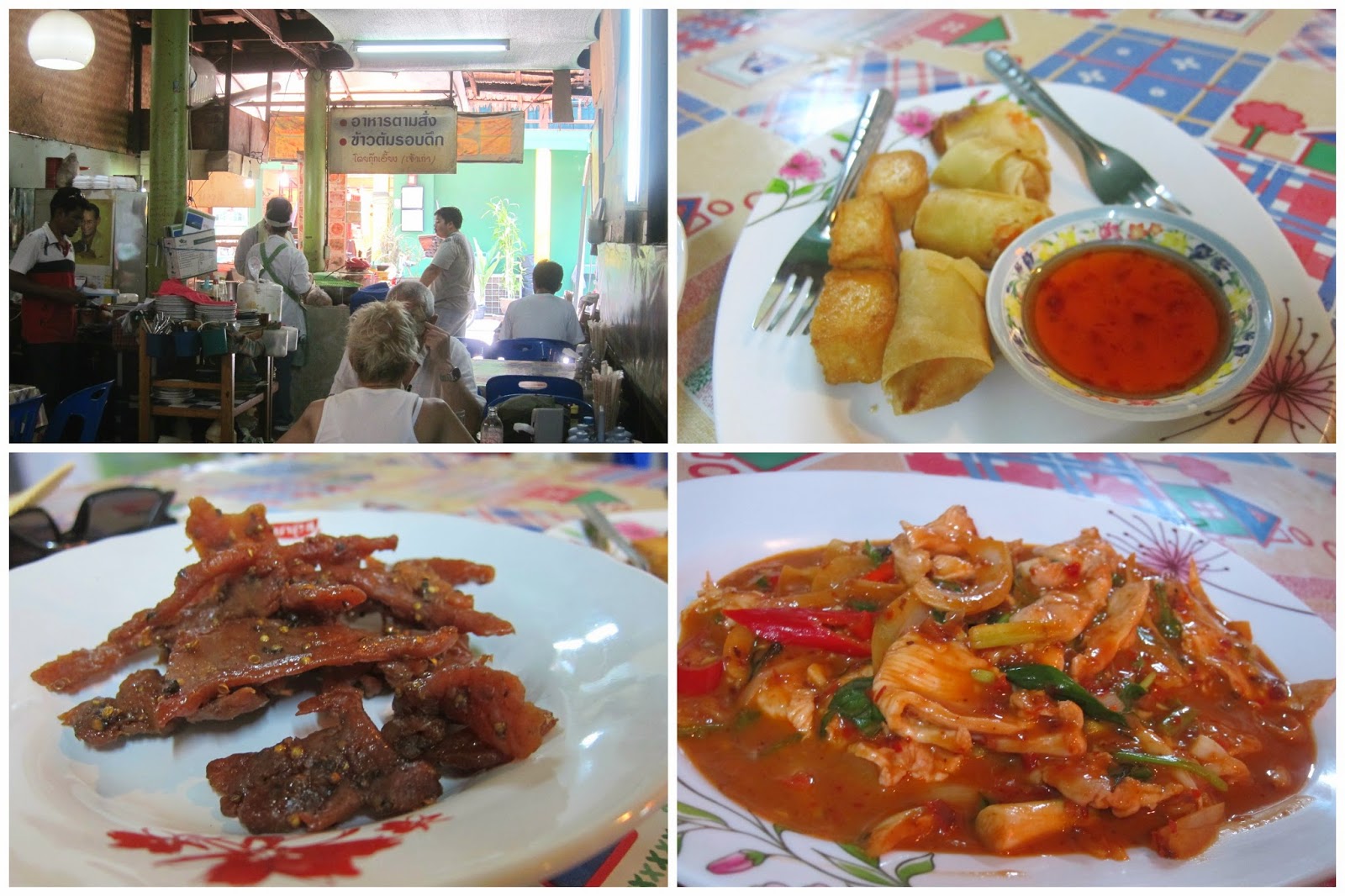 We decided to splurge and go out to a tourist restaurant for dinner one night.  I was in the mood for Indian and there was a high rated restaurant on the island called The Pirate Restaurant.  The restaurant was completely packed at 9 PM and service was slow.

I had buyer's remorse as one appetizer, 2 entrees and 2 bread set us back more than $30.00 USD. We could have bought 10-15 lunches/dinners with that! haha The food was good but pricey. 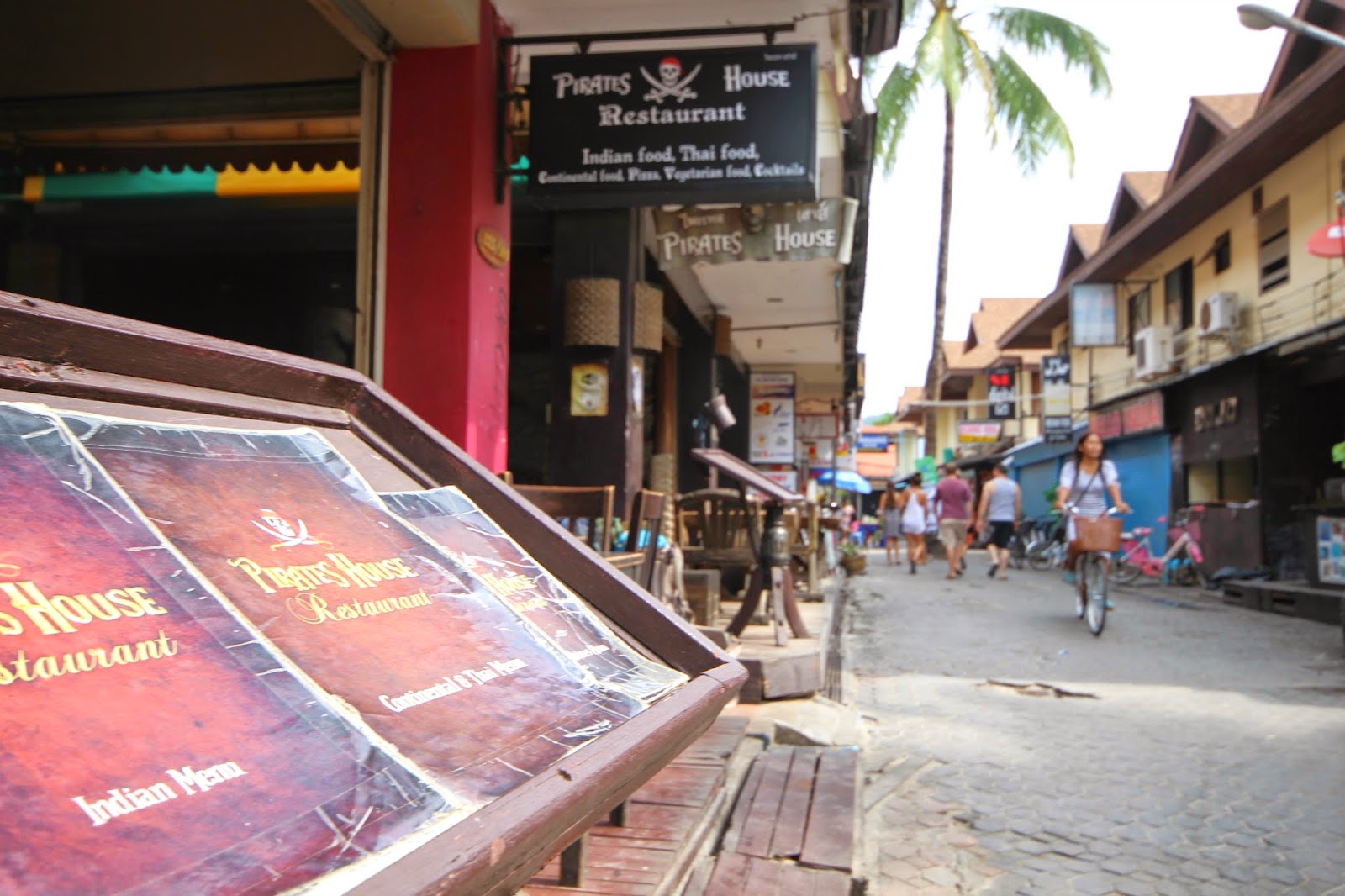 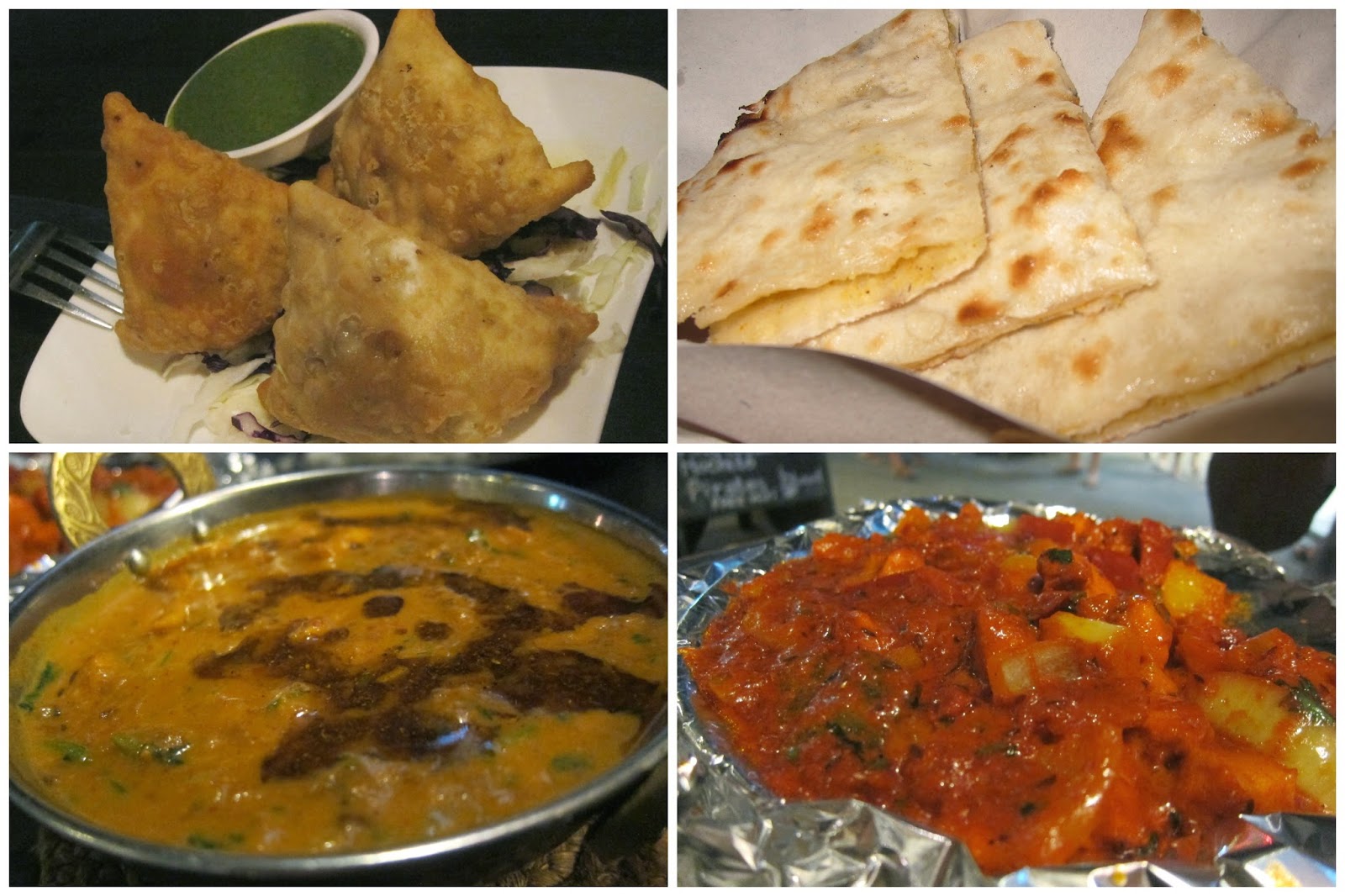 One night we drank on the beach and it was late so we caved in and got pizza.  You don't go to Thailand and expect authentic pizza. The slices were large and 80 THB each (shy of $3.00 USD). 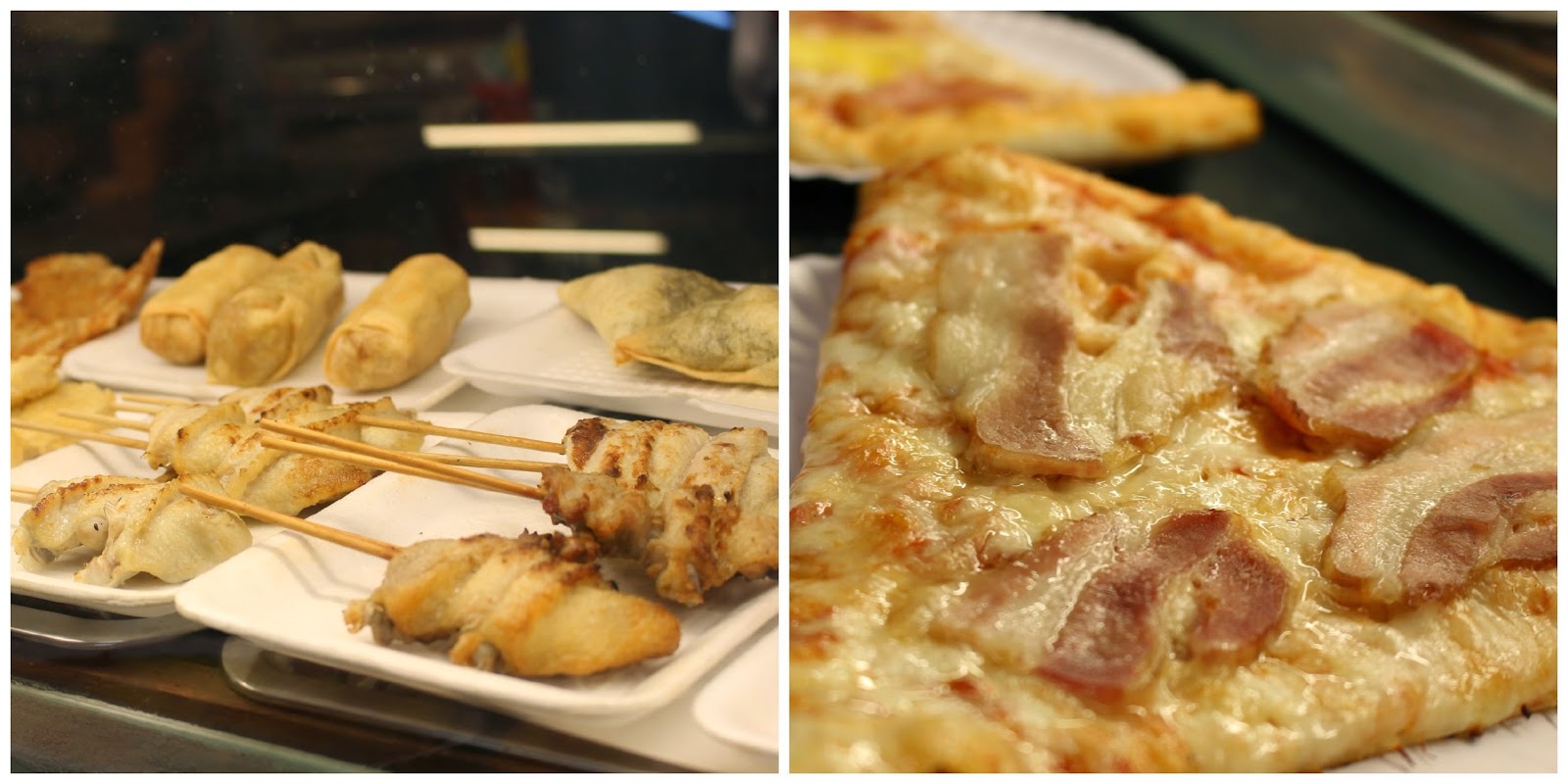 When the sun sets, the beach bars come alives.  All the bars blast music, offer drink specials and fire shows.  The shows are pretty intense and the dancers gets the crowds involved by fire jump roping, jumping through rings and fire limbo.

The popular drink in Thailand is the bucket.  You can get any booze of your choice and a mixer.  They can be as cheap at 150 THB or as pricy as 500 THB.  Since we were on the beach, prices were at a premium but they were offering a buy one get one deal.  The Mo and I both got the local Thai rum, Songsam and Coke Light. 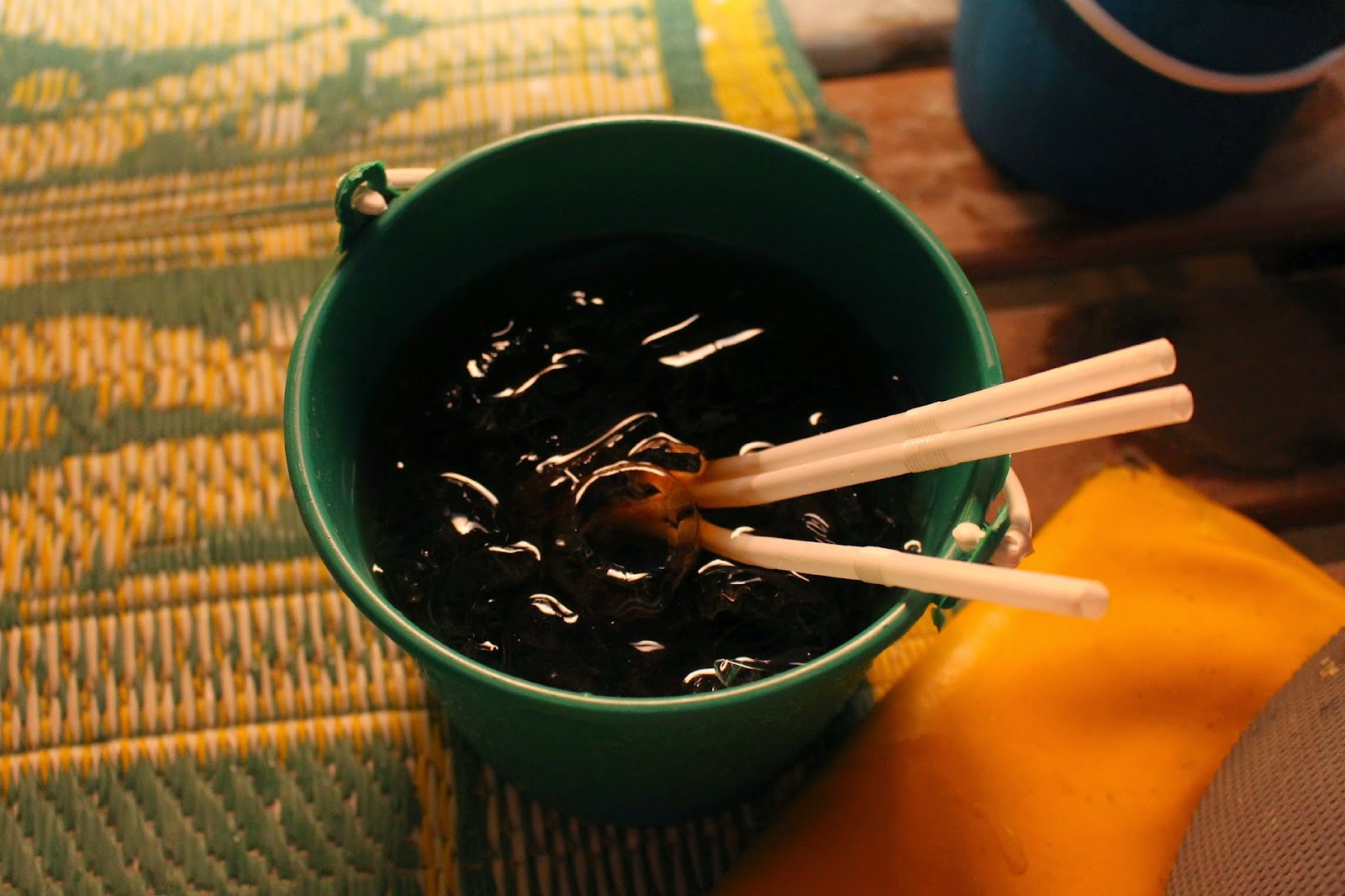 After a couple of hours of the fire shows, the bars evolve into a dance club and the music blares until the wee hours of the morning. 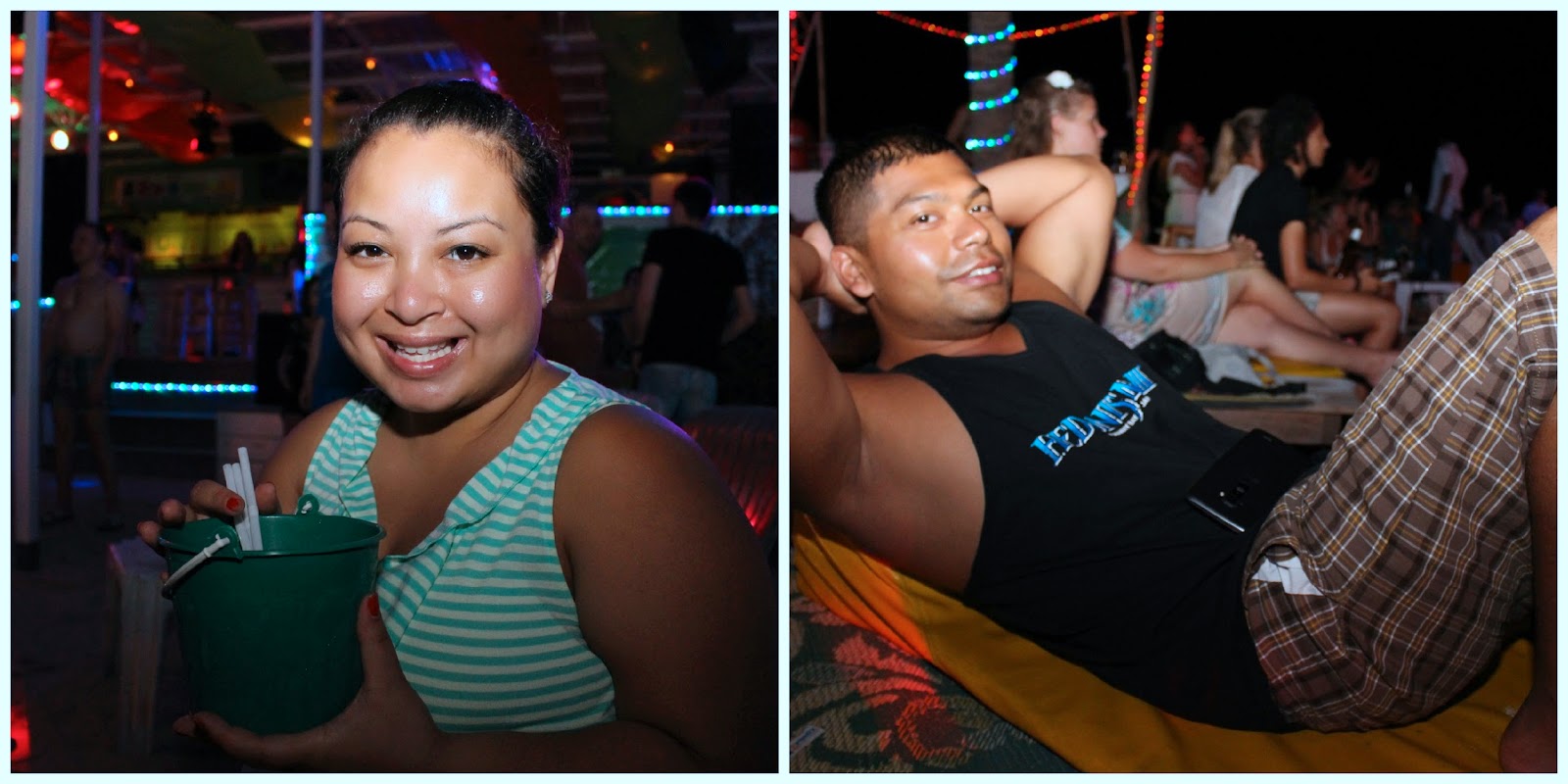 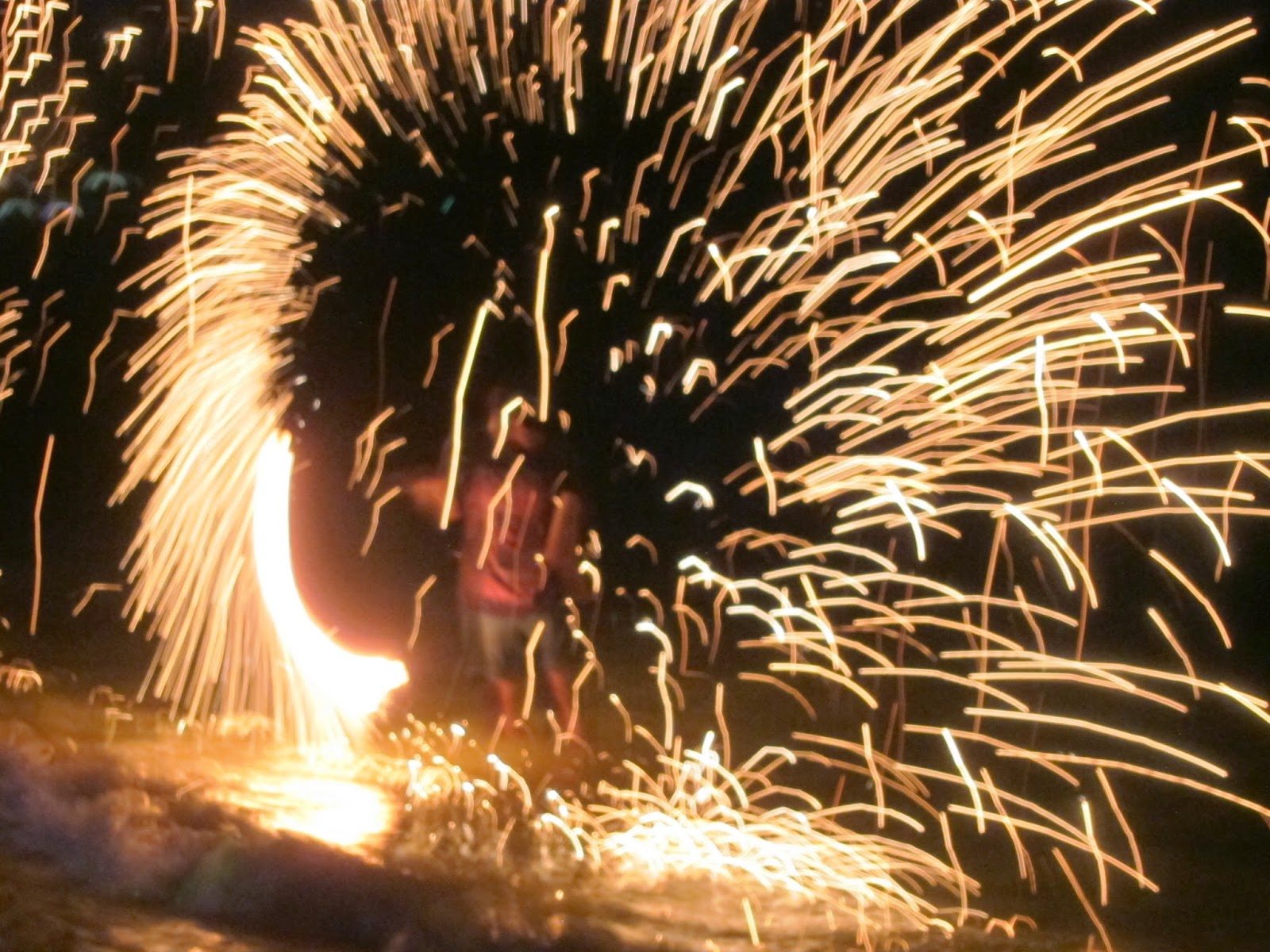 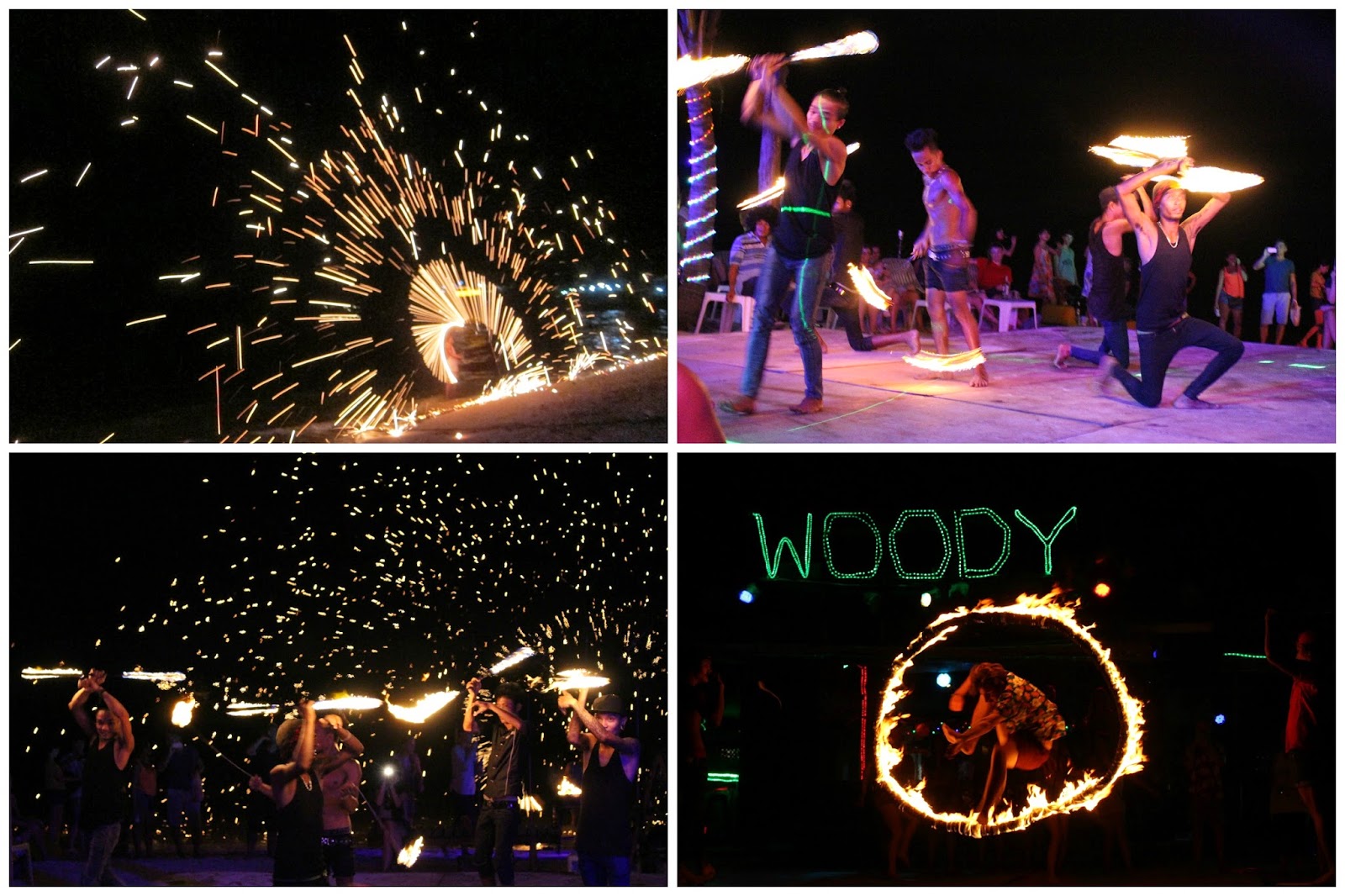 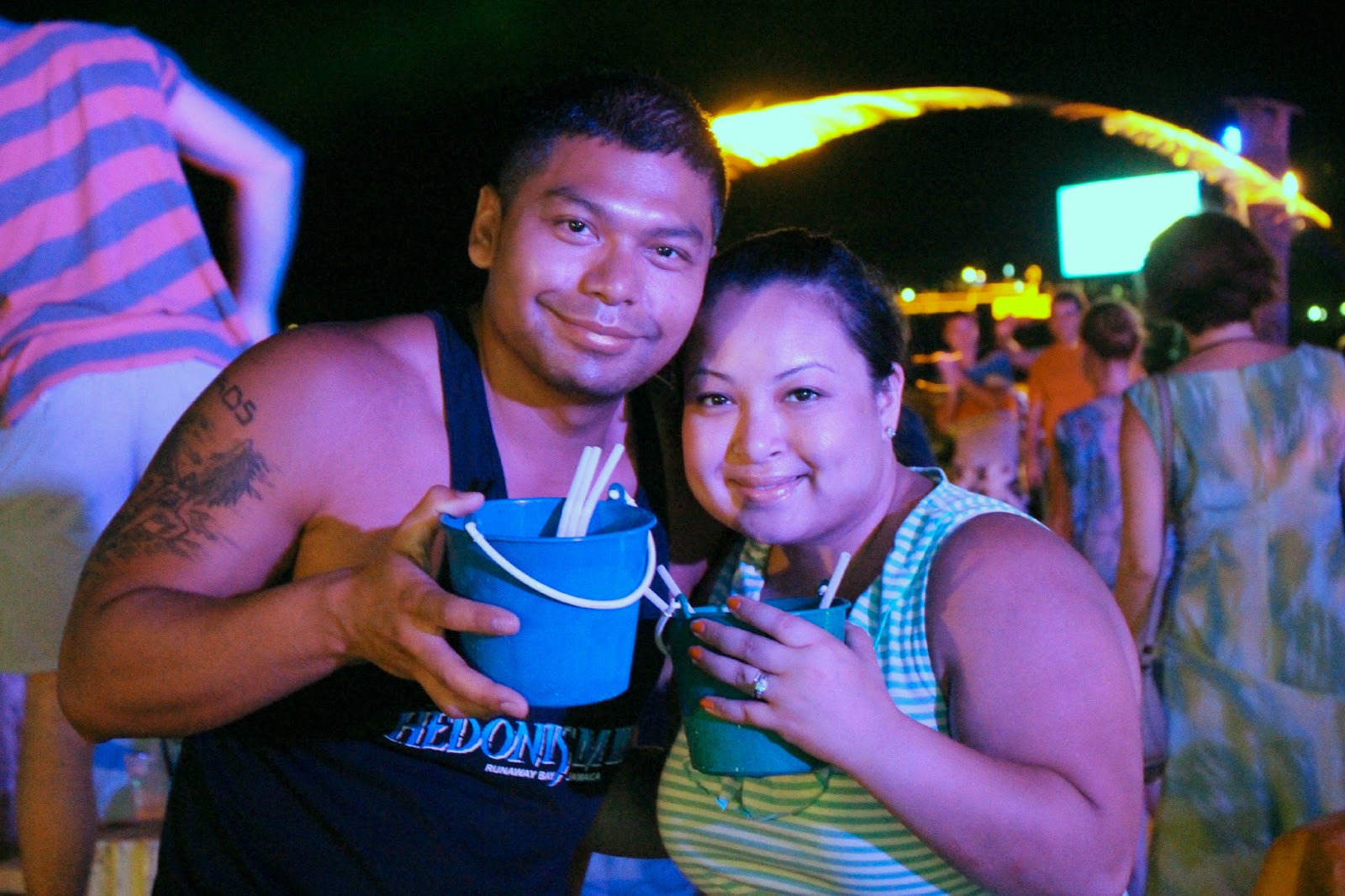 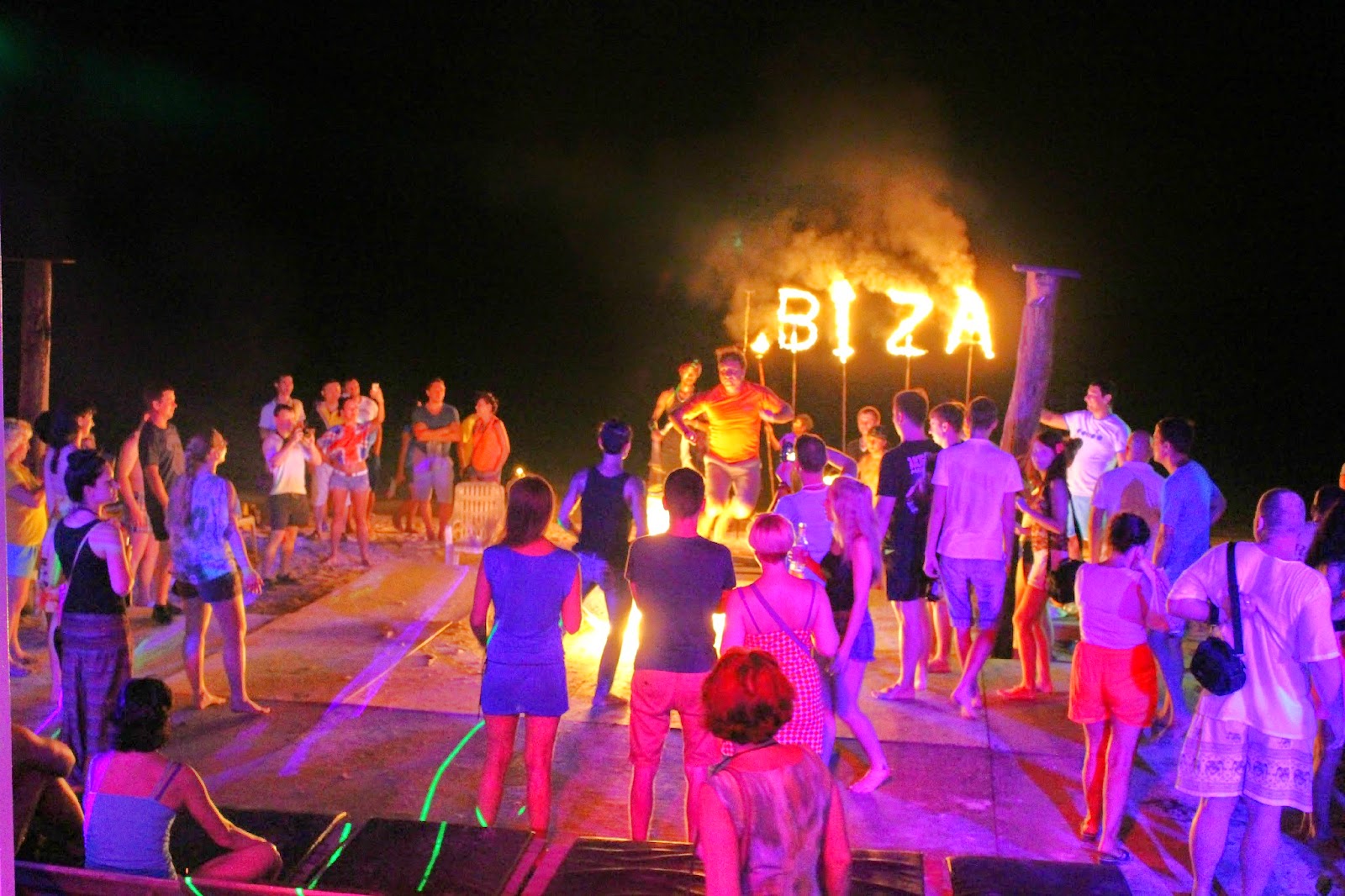 The most popular beach bar on the island would be Slinky.  Everyone goes there at least once to check out the crazy madness. 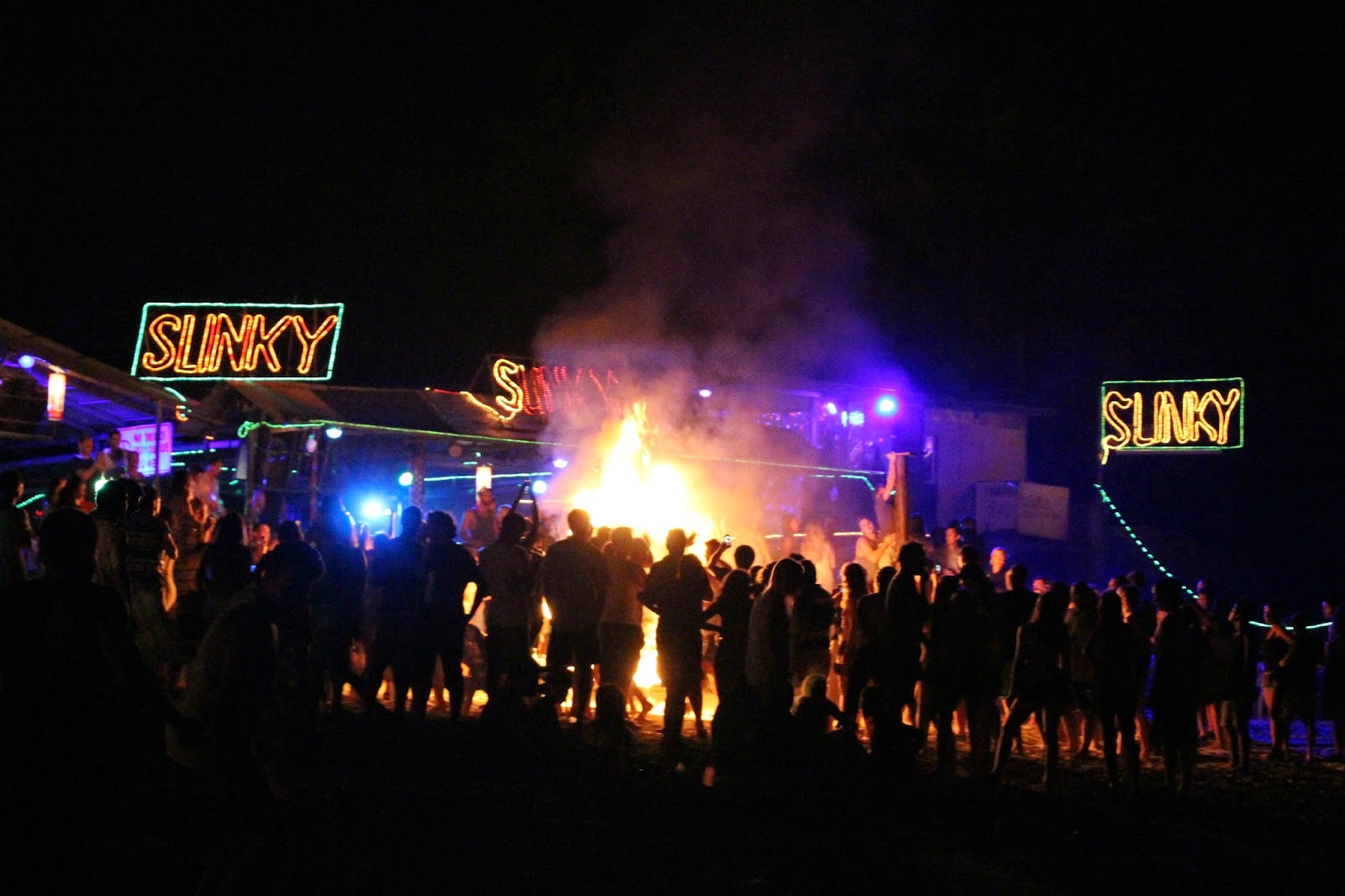 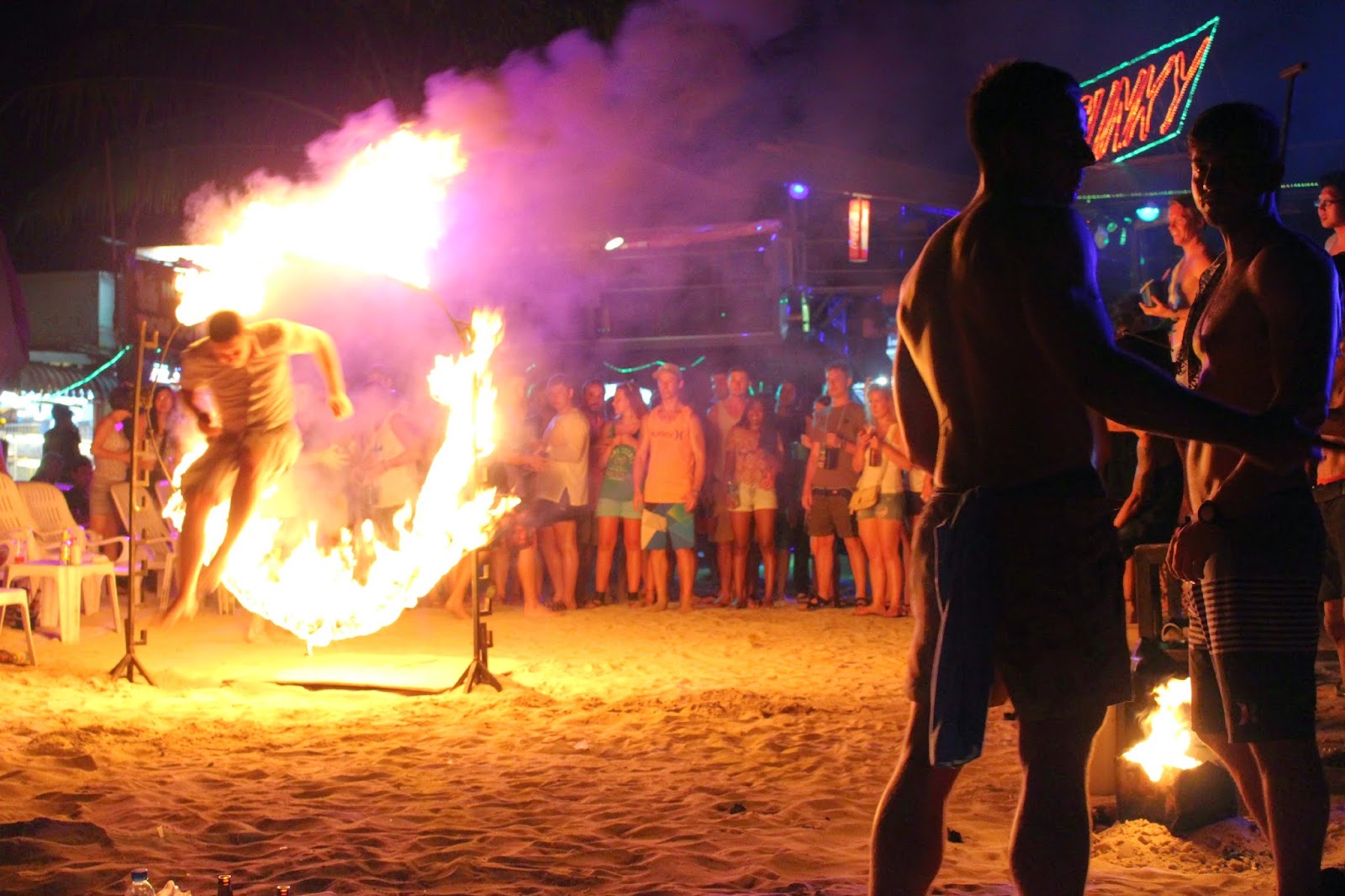 If large crowd aren't your thing, you can engage in a game of beer pong with your friends. 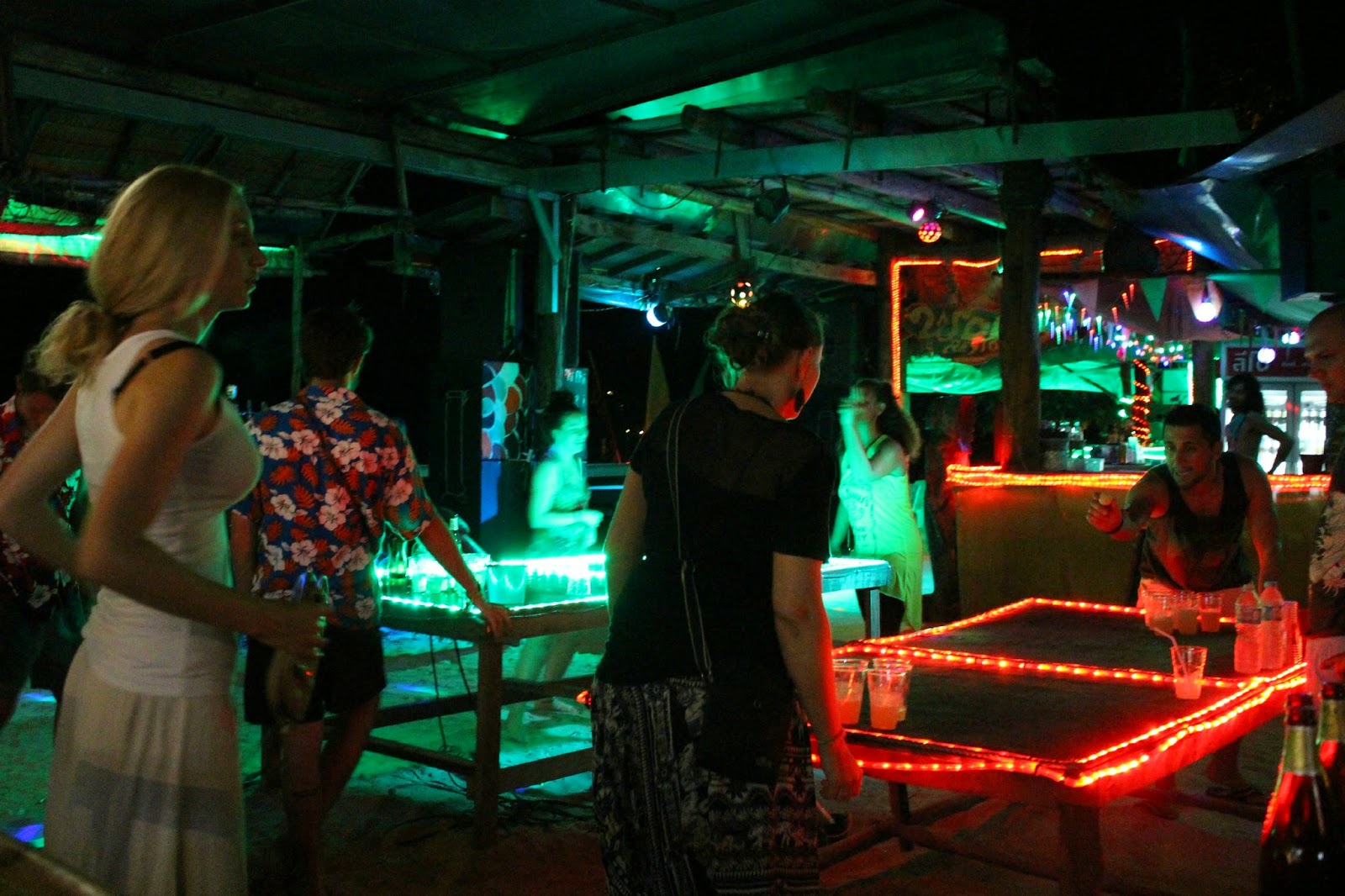 If you were bored of the fire shows and didn't want to get your feet dirty with sand from the beach bars, there were a handful of bars in "town".  Dojo, Banana Bar and the Irish Pub all looked happening the nights we were there. 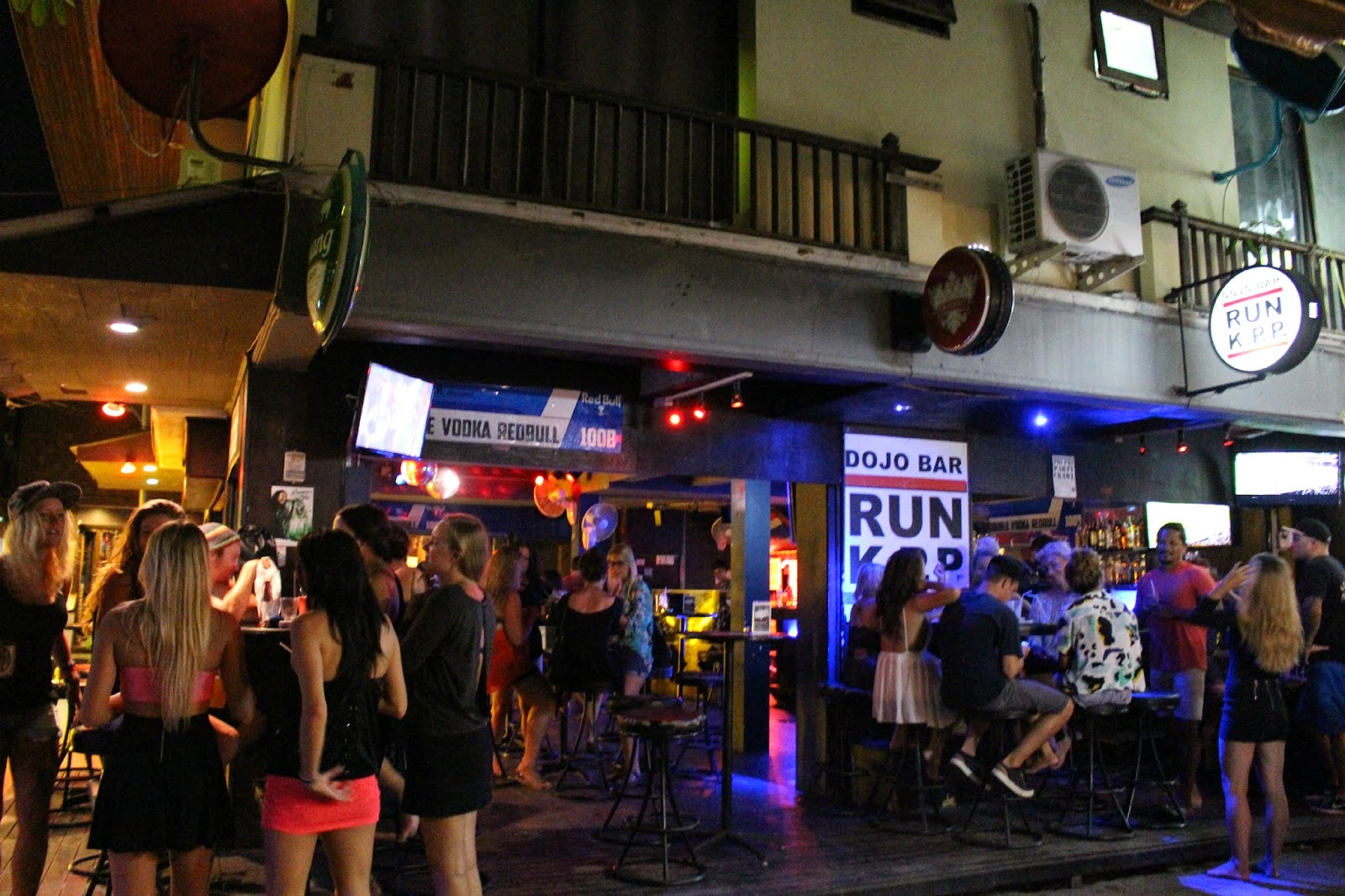 There were also a couple lounges and chill out bars where you can actually carry a conversation and hear the other person. 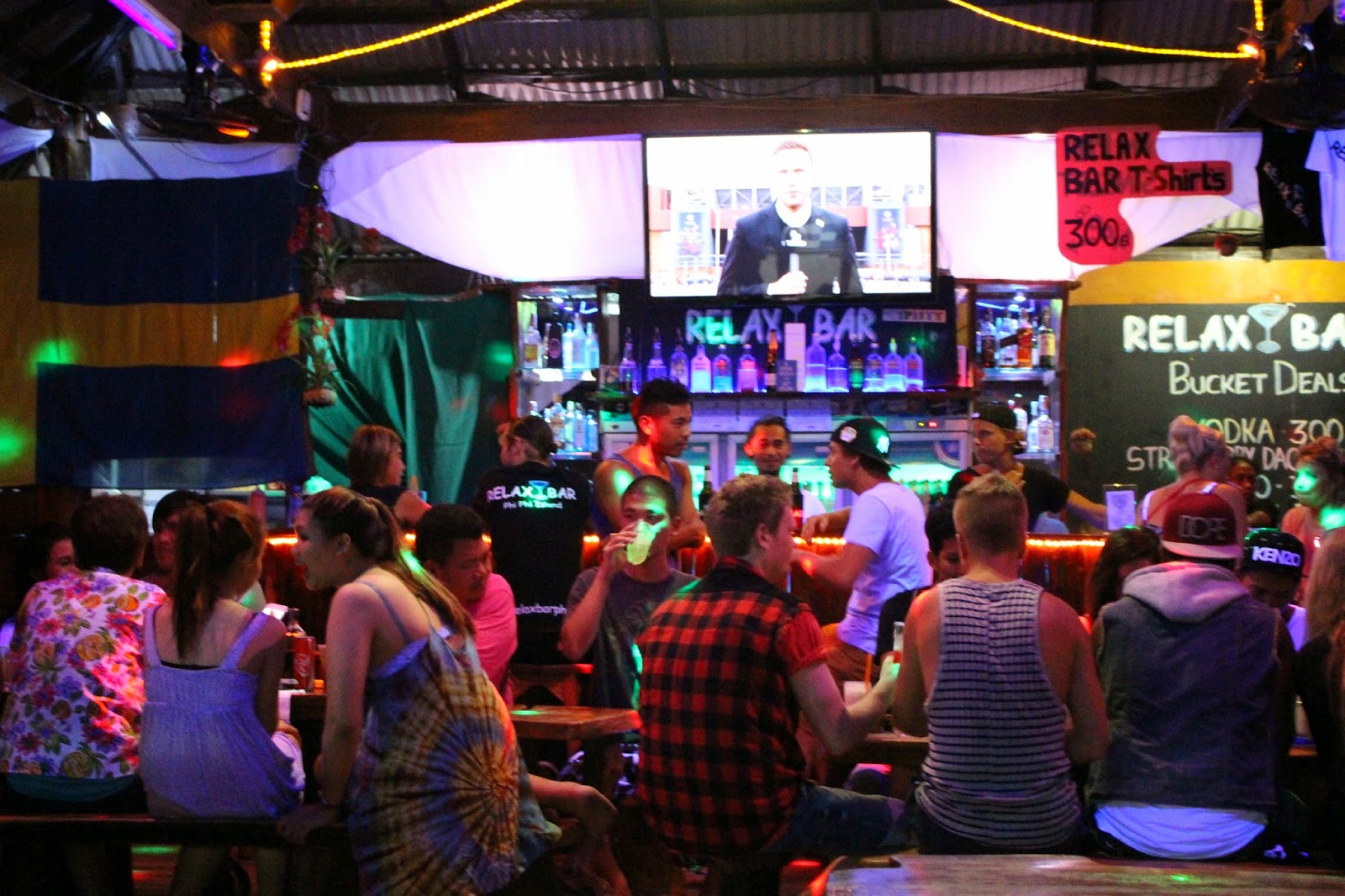 The island is undergoing many construction projects. It was amazing to see the locals working as a team to carry the supplies and construct the old fashion way without special machinery.

We got too lazy to carry our shit through town and back to the pier, so we hired a local for a little over $ 1 USD to bring it for us.  Despite him having the cargo, I still couldn't keep up with him. 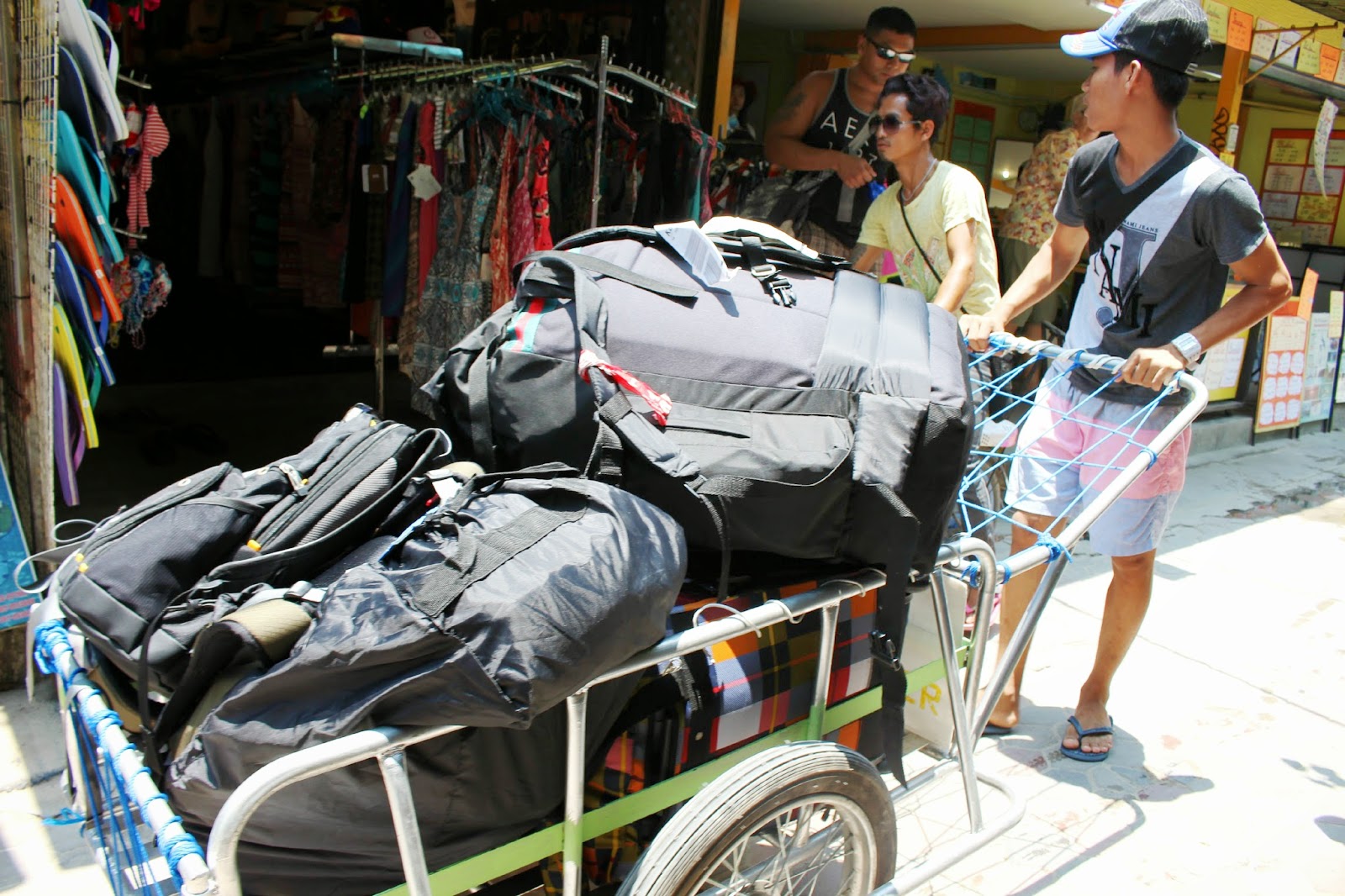 We had a great time in Koh Phi Phi.  It was definitely an interesting scene, something everyone should experience once in their lifetime!