Rainy days calls for pho at Cilantro in Woburn

When it rains, nothing cheers me up more than a nice hot bowl of Pho, a traditional favorite Vietnamese noodle soup. I'm spoiled by the many options in the Lowell area with so many local mom and pop shops but it's quite a different story near my work in Burlington, MA. I've been quite loyal to Pho 1 Woburn but sometimes the parking and wait just doesn't cut it.


In my attempt to find a back up plan, I did a Google search for "Pho Burlington, MA" and Cilantro Thai and Vietnamese popped up on my search results.  The restaurant took place of another South East Asian restaurant that also had an herb in its name, Green Basil about 9 months ago right in Woburn center.  If you get there early, you can get free street parking right in front of the restaurant. 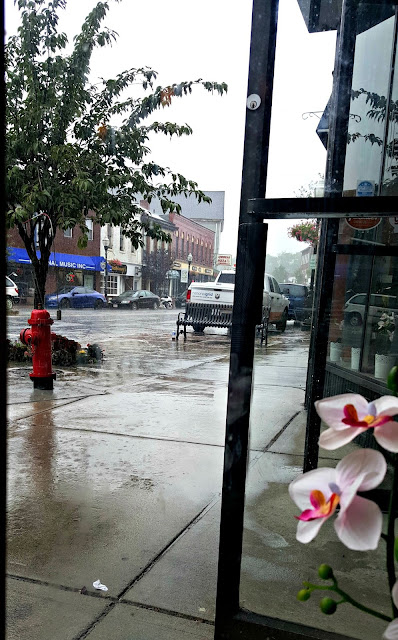 The menu features a variety of Thai and Vietnamese dishes as well as a good selection of vegetarian entrees. I was here for the Pho! We were the only diners there and service was a bit slow.  The woman seemed occupied with the phones and takeout orders. (Later she explained that she had a large pick up order) 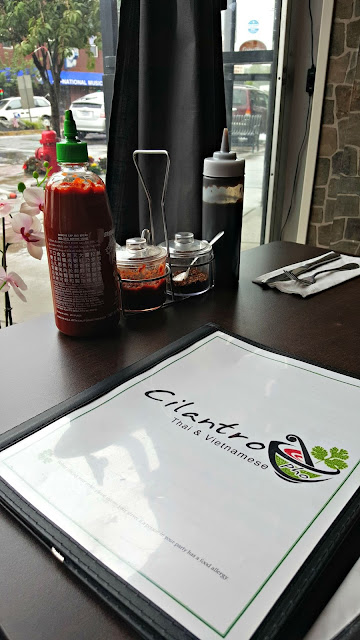 My coworker and I started off with a green tea bubble tea with pearls and a Thai iced tea, The drinks were served in cut glasses, the Thai tea in a mason jar mug.  Although the green shake was made with the powder mix, it was still good.

Since I had a hearty appetite that day (when do I not?) and it was only a dollar more, I opted for a large bowl of Tai Pho which has beef noodle soup with sliced rare eyeround.  I upgraded my bowl and added beef meatballs for only a buck more! That's cheaper than all the other places I've been to.  Keeping with traditions, the noodles were served with basil and (not so fresh) beansprouts.  My coworker tried to order the chicken pho but the server advised us that their freezer died on them and the broth went bad.  So, needles to say, their broth is NOT made fresh everyday.

The "large" size was the standard medium size of most Vietnamese restaurants in Lowell.


The noodles hit the spot. Although I prefer the noodle soups in the Lowell area, I have found a great substitute near work. I'd definitely be back to try the other menu items.