Shisha and Dancing on Baga Beach 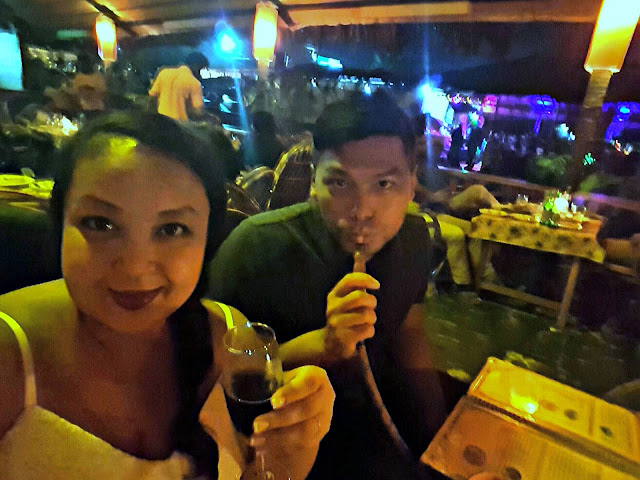 Safil's Beach Shack on Baga Beach was one of my favorite places to hang out in Goa.  We took a late nap and woke up around 9:30 PM before heading out on Halloween. There were some people dressed up and others with just a basic light up prop.  Our AirBnb hostess told us that the expats up north in Arpora go nuts and get fully dressed up because most of them are western.  We were invited to a party but opted to stay in Baga beach since the taxi ride was another 20 minutes away and we didn't bring any costumes.

Baga beach is a quick 10 minute walk from our hotel down Tito's lane where there is a plethora of shops, restaurants and bars.  It reminds me of Pub Street in Siem Reap, Bar street in Faliraki but not as raucous as Bangla Road in Patong. 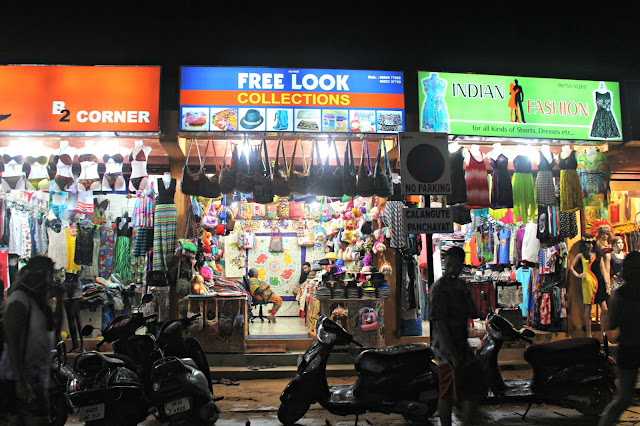 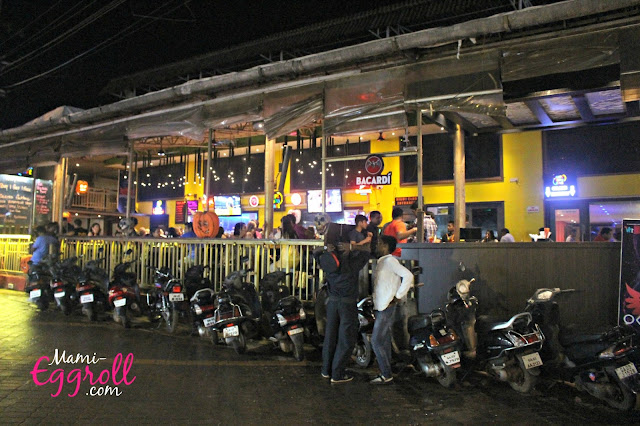 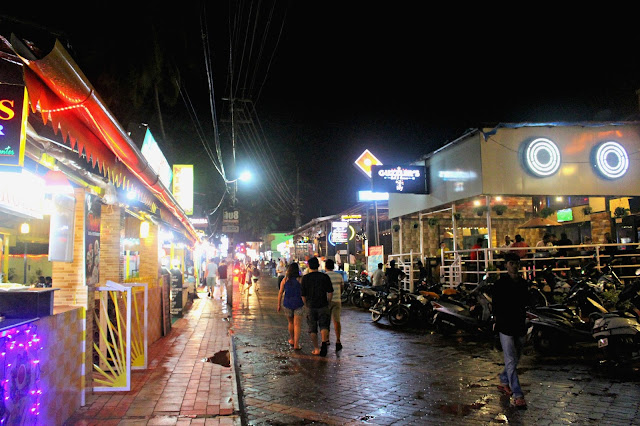 
Once we were on the beach, we scoped out the different shacks. From what I learned, the beach shacks are erected at the beginning of the season in October.  Every year, the locations might change and might not be exactly in the same spot as the previous year.  The staff might also change as well.  At the end of the season, they demolish the shacks until the next year,

Safil's beach shack looked the best. It had a chill out vibe and it was nearly at capacity.  We were able to snag the last table in the center of the shack.  I appreciated the nice ocean breeze circulating the open air restaurant. 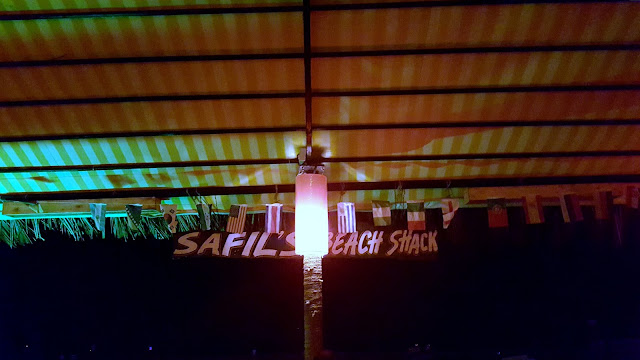 We ordered a bottle of red wine and some scotch.  The local Sula Cabernet was served in champagne flutes in a bucket of ice.  I guess there is no room temperature in Goa when the temperature is always 90 degrees.

Nearby, the next shack was rocking out with dance music.  I felt like we were in a VIP section of the club, sipping drinks and eating food while watching other club-goers dance the night away. There was a nice mix of current dance music form both western and Indian worlds.

The server came by and asked if we wanted to partake in any shisha, flavored tobacco smoking through a water pipe. We went with watermelon. It was 500 INR (about $7.50) for 45 minutes, 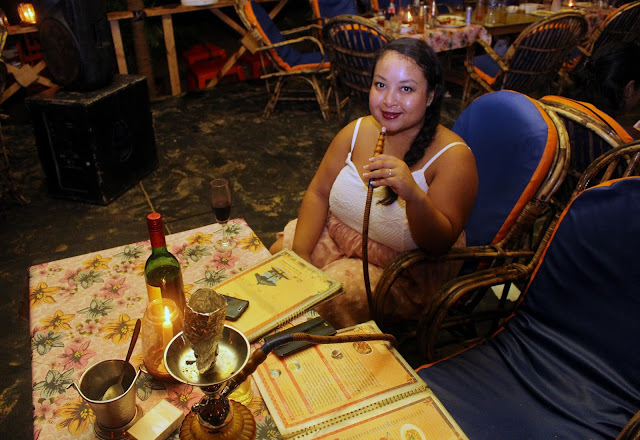 For dinner, we went with Manchurian chicken, hakka noodles, chicken 65 and fried prawn.  Everything was good but nothing was spectacular.


Verdict: It was definitely a fun and relaxing night out. Although I wouldn't go just for the food, I'd go to people watch and enjoy the drinks and ambiance, 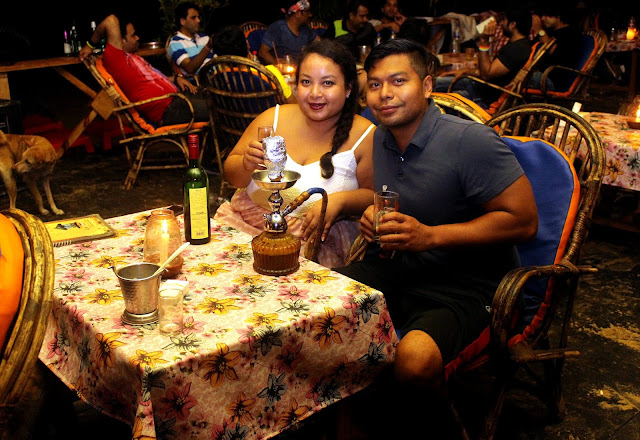