My friends and I were meeting for a Mexican lunch at Papagayo at the new Assembly Row area in Somerville.  I was surprised that the restaurant was not even up to half capacity during prime lunch time on a Saturday afternoon.

We were awkwardly seated in a corner with mismatched round and rectangle tables that didn't flow properly despite there were lots of other tables they could have arranged for us.

We were asked for our drink order but there was only one drink menu for 8 of us to share and pass around?  When we told her we didn't get a chance to look at it yet, she went and got us a few more. We repeated our drinks orders a few times and she still managed to mess up one of the guy's mango margarita. I went with the habanero watermelon margarita.  It was really good but had a spicy kick to it.  The specialty margaritas were pricey at $12.00 each, costing more than a taco plate entree.

I love restaurants with freebies so I was delighted when our server brought over the complimentary chips and salsa.  The fried tortillas were not hot or warm at all and the salsa was bland.  (My favorite complimentary chip and salsa award  goes to Border Cafe)

We ordered 2 orders of queso dip to share and that was pretty good.  After  few minutes went by, our server realized that she forgot to give us appetizer plates and went back to get them.

She came back for our lunch order and had difficulty hearing us.  We kept having to repeat our order for her to understand what we wanted.  The table got a variety of salads, tacos, steak and seafood.

The Mo got the Chipotle BBQ chicken salad.  I had a bite and the chicken was juicy and tender but I thought there was too much BBQ sauce and it was overwhelming in addition to the cilantro ranch dressing.  It was like the BBQ was the actual salad dressing.

I've never had eggs in my tacos before but I think I will have to try it. Chuba raved about the Omelette street tacos with scrambled eggs and chorizo topped with crunchy potato sticks,

The "Ostiones En Fuego" (literally translates to oysters on fire) looked intriguing.  After all the cheese and crumbled chorizo, it was on the salty side but it was still good. 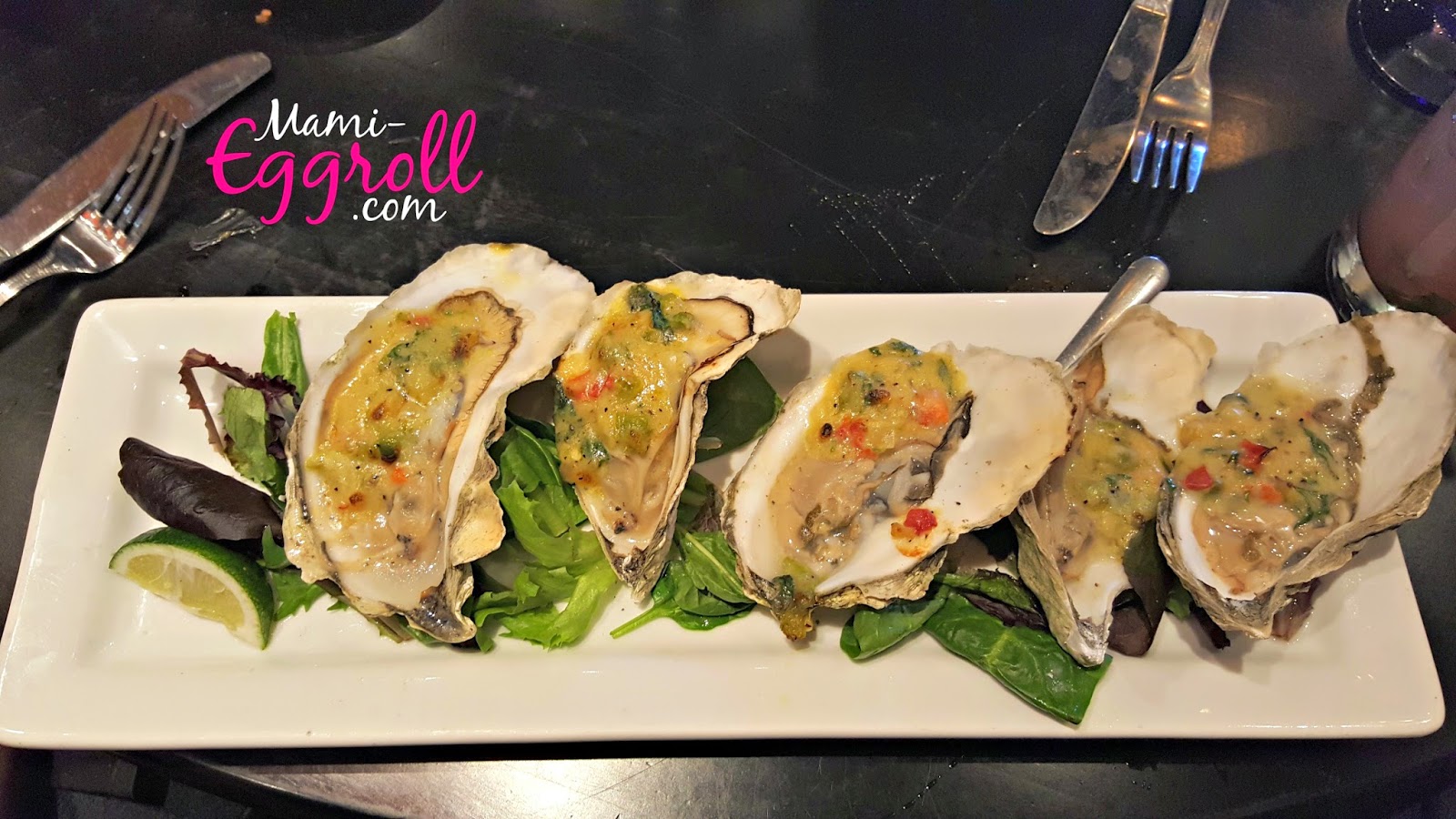 My favorite dish was the chili dusted calamari.  It was lightly battered and perfectly seasoned with the chili powder.

At the end, the bill was split and the server had a hard time figuring it out.  She couldn't double up the amounts for couples and everyone had to throw in a credit card. She also added an extra decimal point and charged our friend Brett's credit card over $200.00 and defensive when he told her, "No I didn't!" she exclaimed. Well yeah bitch, you did! I just don't even fathom how the system allows her to do that if everyone else paid as well.

Being the "yelper" that I am, I did read that this location does not perform as well as the other flagship locations within Boston.  There's definitely great potential and I think service needs to step up a notch if they want to success in the new prime area at Assembly Row.

I'd probably give it another try or maybe just stick to the Boston locations.