I knew we were going to be in Rhode Island so I googled "Best Seafood Rhode Island."  Evelyn's Drive-In kept coming up and had conflicting reviews.  They were featured on Phantom Gourmet  and Diner's, Drive-In's and Dives on the Food Network. 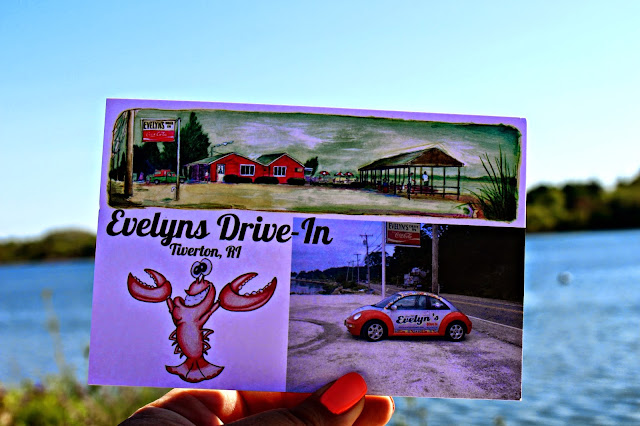 After a trip the nearby Carolyn Sakonnet winery, we headed to Evelyn's Drive-In for a waterfront seafood lunch.  The eatery had a beautiful location overlooking Nannaquaket Pond in Tiverton.  There are two seating options available; a shaded self serve patio that is pet friendly or a full service patio attached to the restaurant.  We opted for the later. 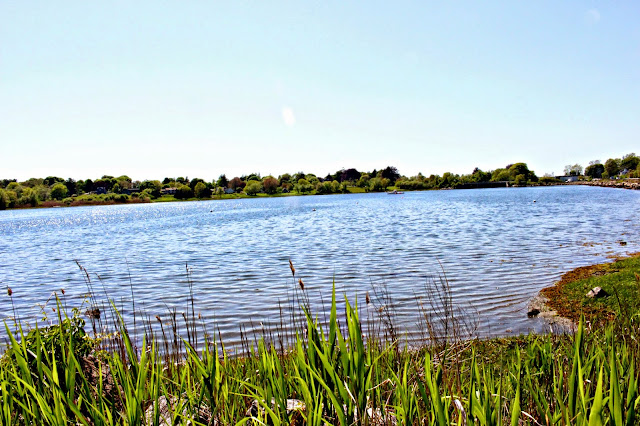 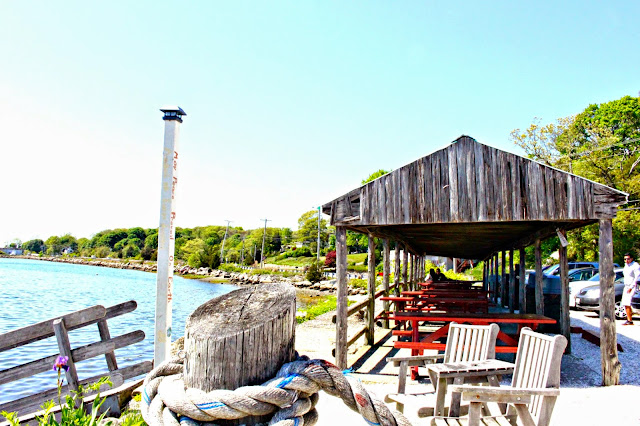 Our server came by for our drink order. I continued with the wine flow and got the house wine.  It was a GENEROUS pour at only $5.00 bucks a glass. Rhode Island is also known for their clam cakes so we had to try half a dozen.  Nearby guests on the patio came to the restaurant just for that and feasted on the fried dough balls out of paper bags while enjoying the view of the pond.

For lunch, the Mo had a grilled scallop roll that had colossal scallops on a toasted hot dog bun.  It was a bummer that he couldn't substitute the regular fries for sweet potato fries (not even for an upcharge!) 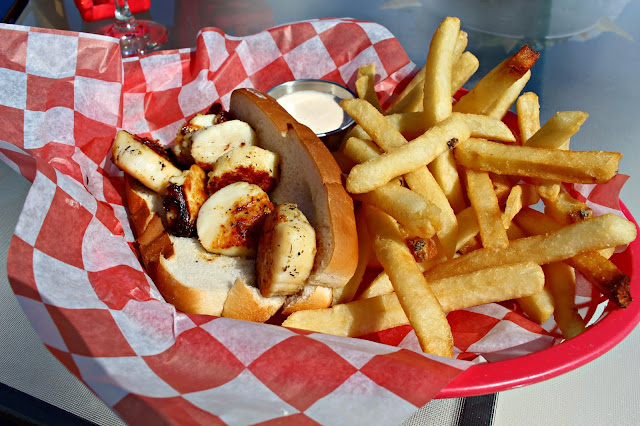 I went with the Mediterranean fried calamari salad. There were many pieces of squid rings, I only wished there were some tentacles as well.  It was very good !

The restaurant is known for their lobster chow mein where they get their noodles from a local place in Fall River. I was reluctant to spend $22.99 for 5 oz of lobster meat on fried Chinese noodles with gravy so we opted for the plain chow mein noodles. This way we would still be able to see what the hype was all about.  I didn't regret my choice of not getting the lobster chow mein at all. The plate was heavy and flavorless.

For 4 drinks, an appetizer and 3 entrees, our bill came to $65.00 including tax. What a bargain! If we are ever in the area again, we'll definitely be back! 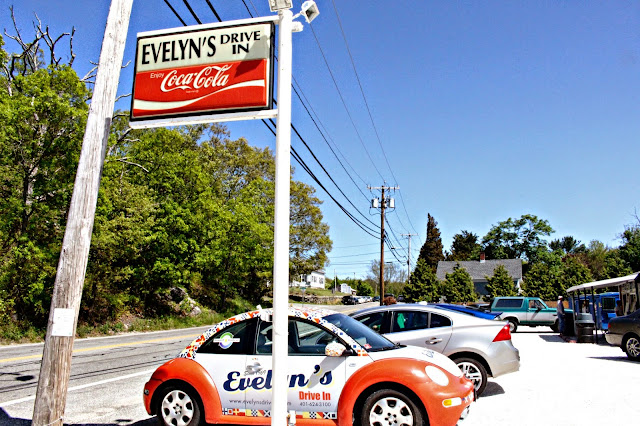 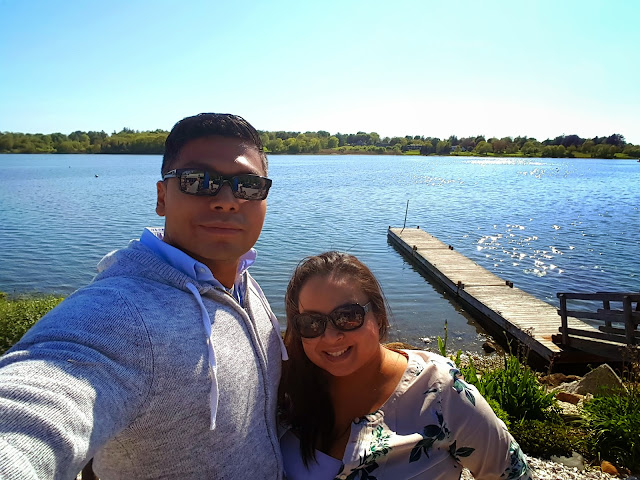