$1.00 Oysters and wings special at 110 Grill in Chelmsford

It's been a EXACTLY a year since the Mo and I first walked into the newly opened 110 Grill in Chelmnsford.  Last week, I received an email promotion from the restaurant featuring their latest food specials.  Once I saw $1.00 oysters and .50 cent wings, I excitedly forwarded the email to the Mo with one sentence "Let's go Sunday!" 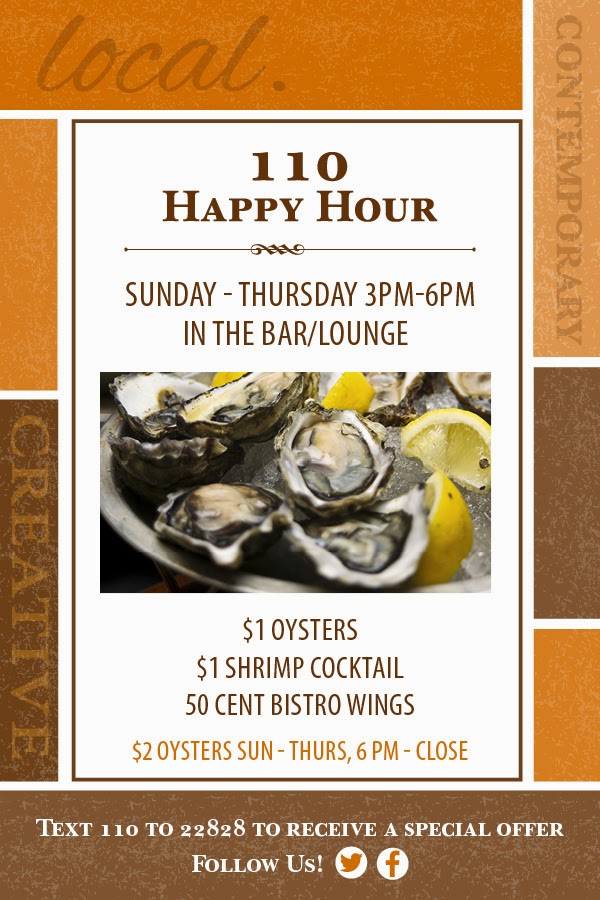 We wanted to get there early in fear of the oysters running out (because it does happen at Burton's in Nashua!).  The special for the $1.00 oysters and 50 cent wings only ran between 3- 6 PM Sunday through Thursday.  After 6 PM, the oysters are two bucks a shuck!

We arrived at the restaurant a little before 4 PM and sat at the bar.  The restaurant had a few tables occupied along with a full function room for a baby's Christening.  They do private functions as well. 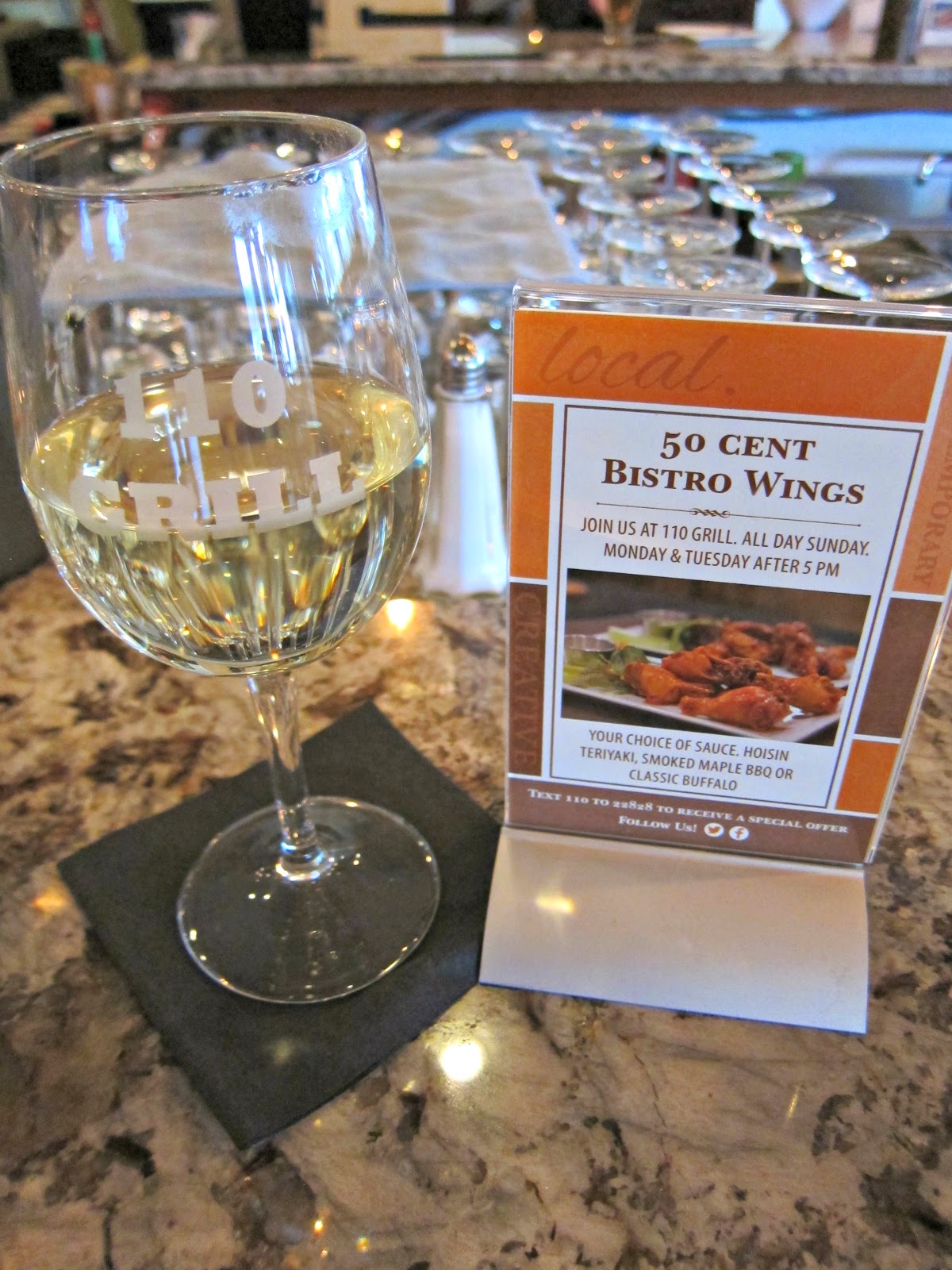 We started with a dozen of oysters. They were actually big and succulent.  My only disappointment was that there was no horseradish or vinegar mignonette sauce.  We went through the batch pretty quickly and got another round of drinks and oysters.

The wings were 50 cents each and came in 3 different flavors: Hoison Terriyaki, Maple and bourbon and the original buffalo.  After we slurped up the oysters, we ordered 9 wings.  I loved that there were no rules and minimum amount for each sauce. (Most places make you order 8-10 wings per a sauce)
The wings were plump, crispy and flavorful.  We liked the Asian inspired hoison terriyaki ones so much that we ordered a few more. 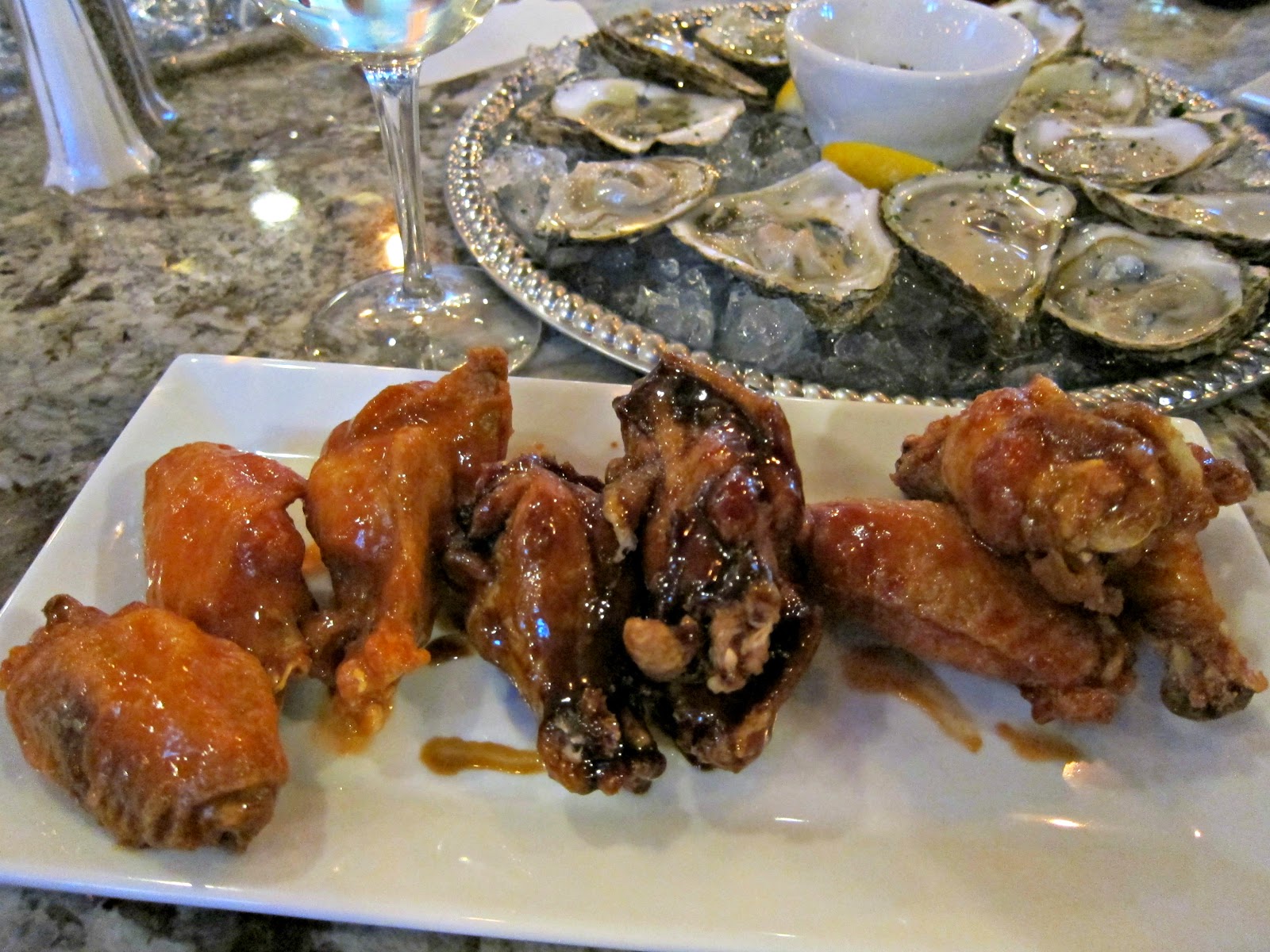 The Happy hour deal was definitely a wonderful cap to a great weekend.  I'd definitely go back for the specials.