I went to OTF at noon today for day 3 of the Peak Performance Week.  It was the Floor Challenge, I suck at rowing and I suck at running so I was actually looking forward to it. The hard thing about the challenge is that nothing is measured. It's all about the honor system. There's no treadmill or rower to display distance or time. IOn the floor portion of a workout, I find myself finishing last because I go slower, use heavier weights and work on my from whereas some other people blow right through it.  As Sam would say, "Don't focus on them but just focus on yourself because they are the ones not getting the most of their workout." 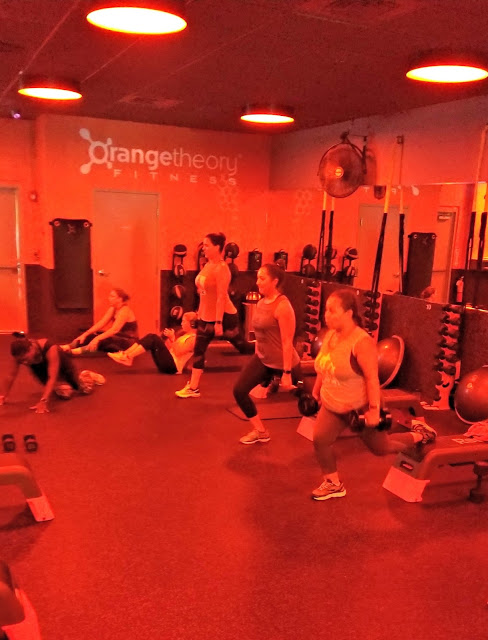 Today's challenge consisted of getting as high in the rep as you could doing (4) 1 minute blocks of squats taps, palm released push ups, TRX pull ups and sit ups.  We would have a 2nd chance to beat our previous round.  Our coach Meg, gave us tips on how to succeed with the workout. She told us to find a rhythm and just keep going on the taps and to try to get as most reps as we would.  She also mentioned that it would be easier for shorter people to rack up the reps for the squats.  This hit me right away. I was able to use my vertically challenge body to my advantage.


The first few seconds, I tried to get comfortable and engage my glutes and core to keep me stable.  Once I got the hang of it, I picked up the speed and momentum and the minute was over before I knew it.  I didn't even know how well I was doing among the other people since I was facing the treadmills until my friends starting cheering me on since they could see me through the mirror. For that block, I got up to 75 for the squat taps.

We moved on to push ups releases. Since I knew this was a competition and being on your knees were allowed, I decided to do that. I was banging them out like nobody's business for a few reps until I noticed that I was supposed to release my hands at the bottom so I corrected myself after about 10 reps.  Therefore, I kinda cheated in the first round.

The 3rd minute consisted of a TRX pull to toes.  This was another exercise I used towards my advantage since I had less distance to pull up! They weren't too bad.

The final minute was the worst. You know how much I hate ab work. We had to do full sit ups for one minute.  I tried to get through as much as I could. I took a quick break and continued on. I didn't know what the highest reps were for the leader of the day so I just kept going.

I finished at 185. I was happy but I felt bad that I didn't do the push ups right the first time. I would still have another opportunity to redeem myself.

After doing the strider for a few blocks, it was time to go do the floor challenge again with one catch, the workouts were reversed.

I banged out 30 sit ups, then moved on to the TRX and had to stop for a couple of seconds within the minute.  I felt good about the pushups, the released actually helped me and gave me a quick recovery.  I wasn't as fast as I was the first go around for the squat taps and even stopped for a few seconds during that minute as well. I didn't beat my reps from the first round but I was still proud at 174.

Andrea let me round the two numbers since the first round wasn't a true one. 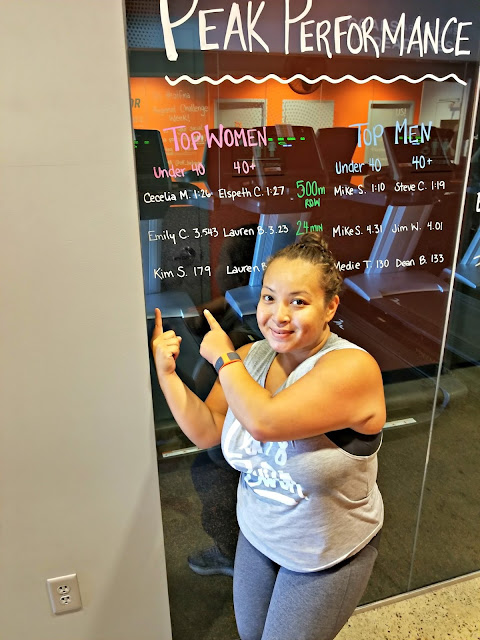