Barre and Bfitt60 in Billerica

Today I made the decision that I'm NOT going to post everyday since the posts will become repetitive.

For breakfast and lunch, I had the exact same thing as yesterday but I did remember to have my post workout protein shake. I'm almost out of my Limited Edition Pumpkin Spice Shake that I stocked up on when it was clearance (not expired yet) 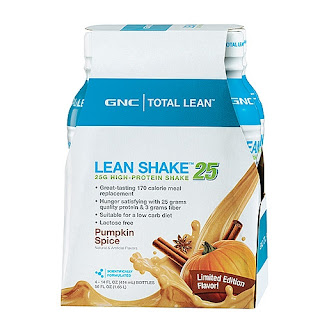 At noon, I took an Xtend Barre class with Kristin.  She's so energetic and I love going to her classes. I love them so much that I swapped out some of my noon OTF sessions to go to her noon time slots on Tuesday and Fridays. My schedule is still a work in progress so we will see what will happen.

I made the mistake of getting there late and ended up with a spot on the side mirror. It wasn't bad until the whole class faced the side mirror and I felt like I was being watched (even though I'm sure everyone was focusing on themselves) I still felt put on the spot.


The class was great, I tried to get my legs up longer and higher in the fold over position.  We did a bunch of releves to strengthen our ankles and calves, which is GREAT for running! I could feel myself being super tight when we stretched in the figure four pose.

After work, I was scheduled to do a 3 mile run.  Instead, I went to check out the new Bfitt60 class based group training boutique studio in Billerica. (I promise I will do a 3 mile run this week!)

The gym is like a combination between a cross fit box and Orangetheory.  The manager said the reason why they opened the studio was because Best Fitness kept losing clients to small studio gyms like crossfit, barre, yoga and heart based places like Orangetheory.

The Bfitt60 is tucked in a plaza in a brand new renovated space.  For equipment, they have dumbells, rowers, TRX, medicine balls, ropes, sleighs, bosu balls and something I never saw before, airbikes. He even let me get on it to give it a try and it was cool to engage the fan as I pedaled faster.

The rower they had was not the typical water rower I was used to.  Instead it was a magnetic rower.  I talked to the program manager, Rob for about an hour and really picked his brain on the new studio. I was intrigued that it was based more on conditioning and strength training.

BFITT FOUNDING MEMBER PRICING
They also offer the heart rate member who sign up for unlimited with a 6 months commitment.  From what I was told, the rates would be $179.00 a month but offered at $109.00 a month for founding members.  All the founding members would also get  access to the other Best Fitness locations. Twice a week is $79.99 and you do not get a heart rate monitor.

Although they aren't schedule to open until mid August, they are offering Open House workouts on Wednesdays and Saturdays.  (I'm going to check it out tomorrow!)