We arrived in Puerto Rico before the break of dawn and checked into our condo to nap for a few hours before exploring Isla Verde.  It is MUCH cheaper to rent a condo in Pueto Rico than it is to get a hotel room.  The local tax is 9-11% for hotel rooms, the later percentage is for hotels with a casino. In addition to taxes, most hotels charges an additional 10-15% for resort fees.  A handful even charge mandatory 10% service fees.  No matter how great the deal was that I found on Hotwire or Travelzoo, the final price was more than what I wanted to pay.

I found our cute Oceanside condo via Airbnb.  The rental accommodated up to 4 people and featured a huge flat screen TV, WIFI, in unit washer/dryer and a patio overlooking the ocean.  I was completely sold when I saw the price was $90.00 a night and that included transfer to and from the airport. (Since we were staying there on both ends of our trip, it included transfers to and from our cruise pier as well.)

After our nap, the Mo and I ventured out to the 24 hour grocery store across the street, SuperMax. We picked up some cream and fried local snacks for breakfast.  This was the downfall of our "diet."  Coffee is so popular in Puerto Rico, that it's kept at the front of the store to prevent loss control.


We met up with our friends, Fifi, Thai and "Ming" and explored Isla Verde, walking up and down Avenida Isla Verde where all the hotels, restaurants and nightlife in the area is located.  It was early afternoon but the temperature was already starting to climb and we were already sweating.

To seek shelter, we dropped into El San Juan Hotel and tried our luck in the casino. The hotel lobby and bar was adorned with crystals, crapes and intricate lighting fixtures.  It was absolutely stunning.

We walked over to the nearby InterContinental Resort & Casino, this is where I REALLY wanted to stay.  It truly was a beachfront resort with multiple pools and bars. 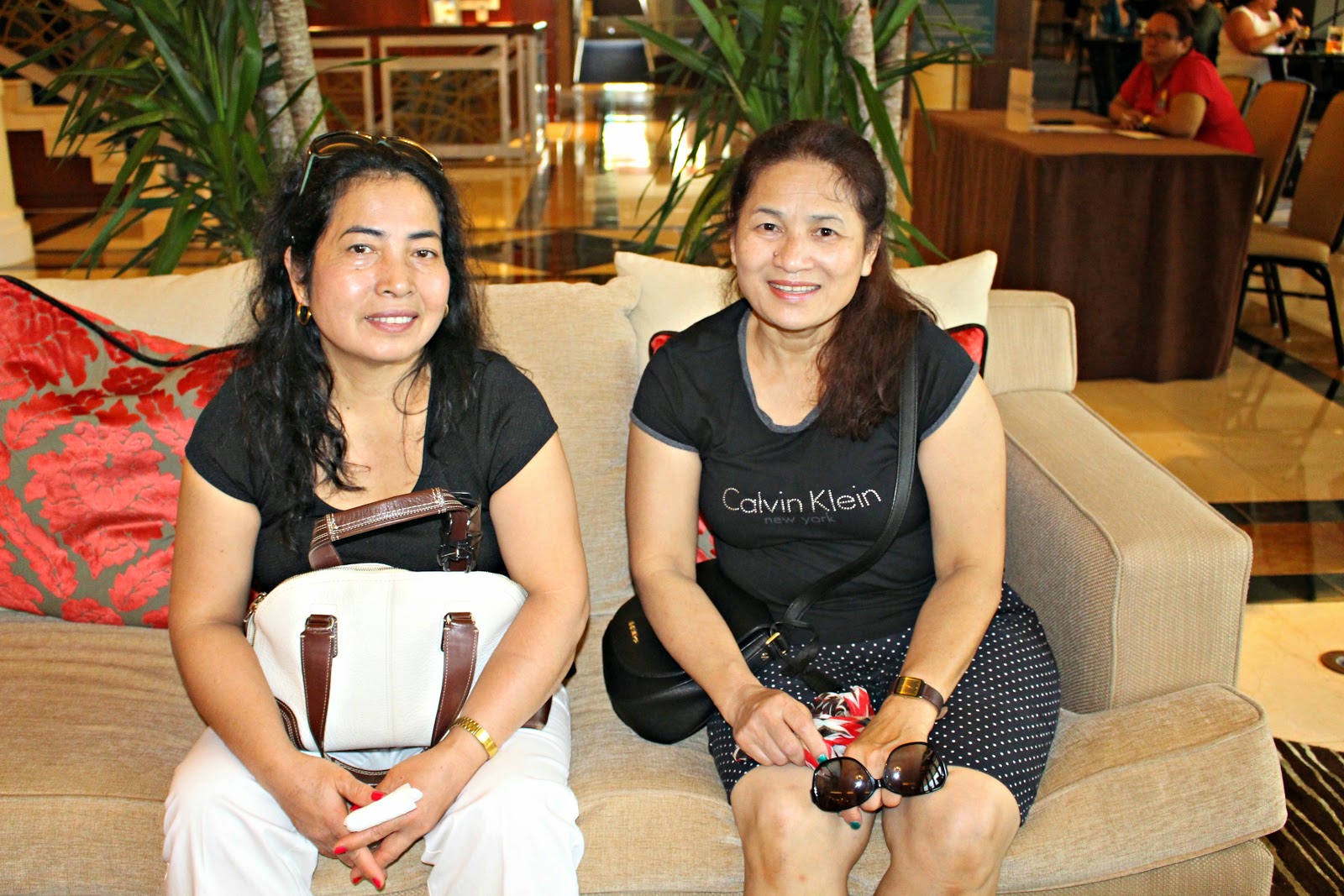 After all that walking, we worked up an appetite and headed over to Ceviche House for lunch. Luckily for us, our condo was a few minutes walk from the restaurant and we didn't have to haul everything.

Parking is a bit tricky if you have a car and looks can be deceiving from the exterior of the restaurant. When we arrived, the lot was full with cars spilling out onto the sidewalks and blocking other cars. We almost went somewhere else but decided to stop in anyway.  The restaurant wasn't even half of its capacity and we were able to get a table for 6 quickly.

The clientele included both locals and tourists.  Almost every table had a pitcher of sangria and dishes to share.

The girls started off with a pitcher of white sangria that was enough to fill four glasses.  I liked the fruit garnishes in the wine glasses.

The white sangria was on the sweeter side and reminded me of a tropical mixed drinks instead of a wine based drink.

For starters, we shared Papas a la Huancaina, a Peruvian potato dish served with a creamy cheese sauce similar to Bechamel along with an appetizer combo and tostones.

The Peruvian appetizer dish was very rich and heavy but I LOVED it.  After all, I do love Bechamel, and Hollandaise sauce, pretty much anything thick and creamy. 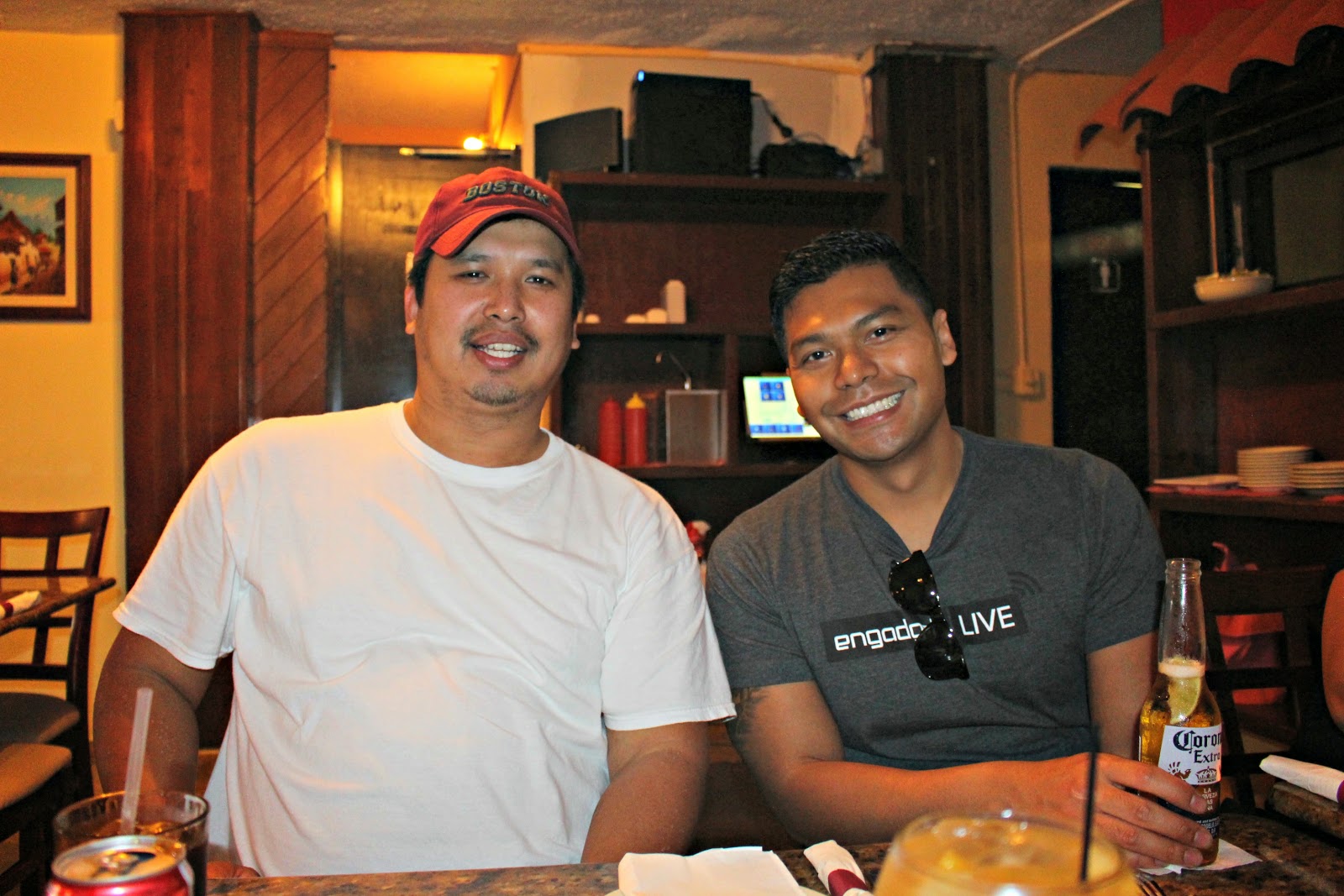 Since we were at the Ceviche House, of course we HAD to get a couple orders of ceviche.  We went with the conch and mixed seafood.  Both were good but we asked for extra lime to give it an extra zest.

Our eyes were bigger than our stomach.  We were full off the appetizers and ceviche but we still had 2 rice plates coming out.  The seafood paella was very good.  It was served with a "salsa" that resembled pico de gallo with onions, tomato, lime juice etc. 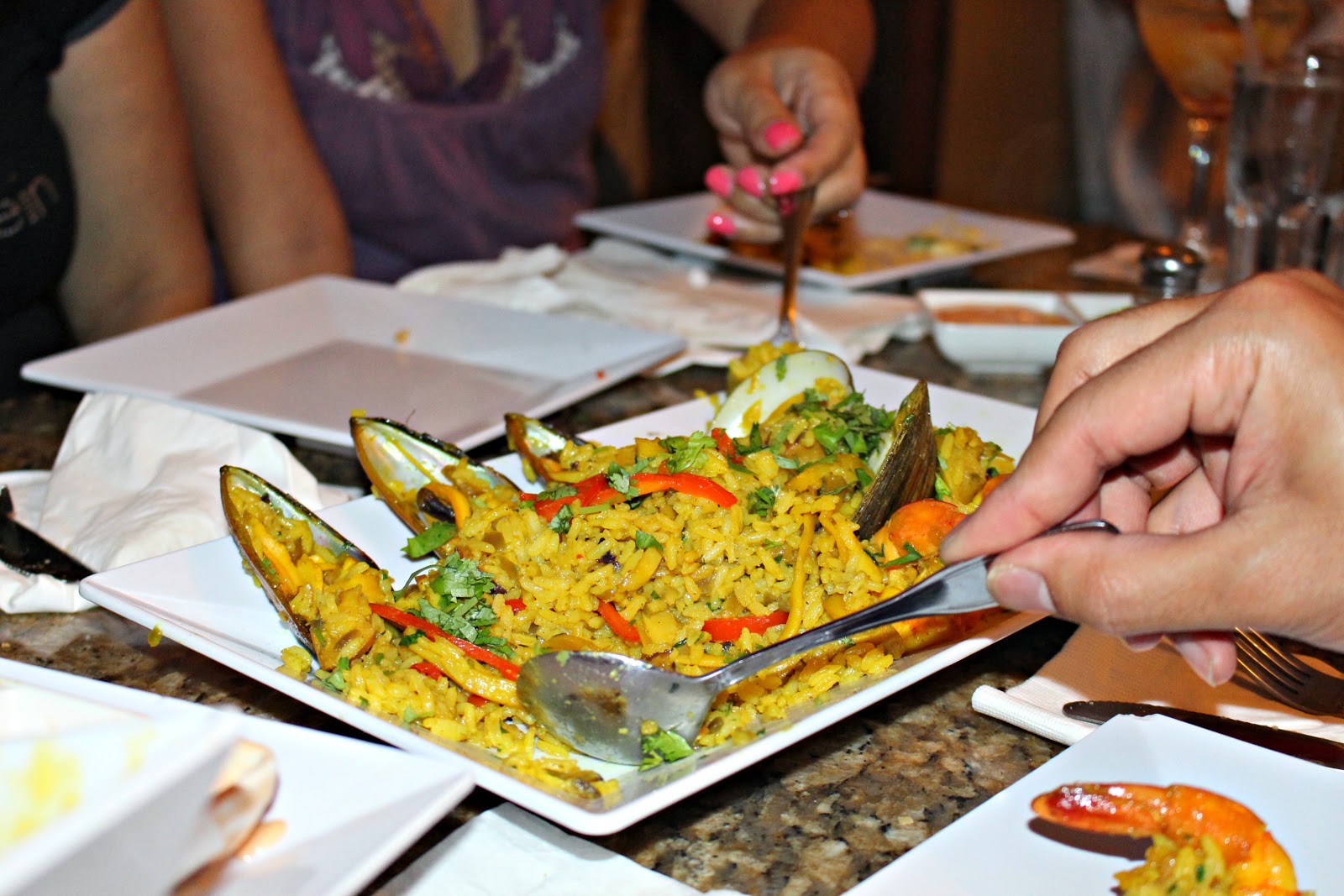 I can't say the same about my "pick", which was the Chinese style beef fried rice.  It was extremely salty and inedible.  That was probably the worst dish for the entire vacation.

The meal was a bit pricey and set us back $182.00 with tip and tax.  That included a pitcher of sangria, a couple beers, an appetizer sampler and a Peruvian appetizer along with 2 rice dishes: Paella and Chinese beef fried rice.  That averages about $30.00 for lunch per person. EEKK!  The Mo and I usually spend less than $ 2.00 for lunch in Southeast Asia, but hey... when in Puerto Rico!!