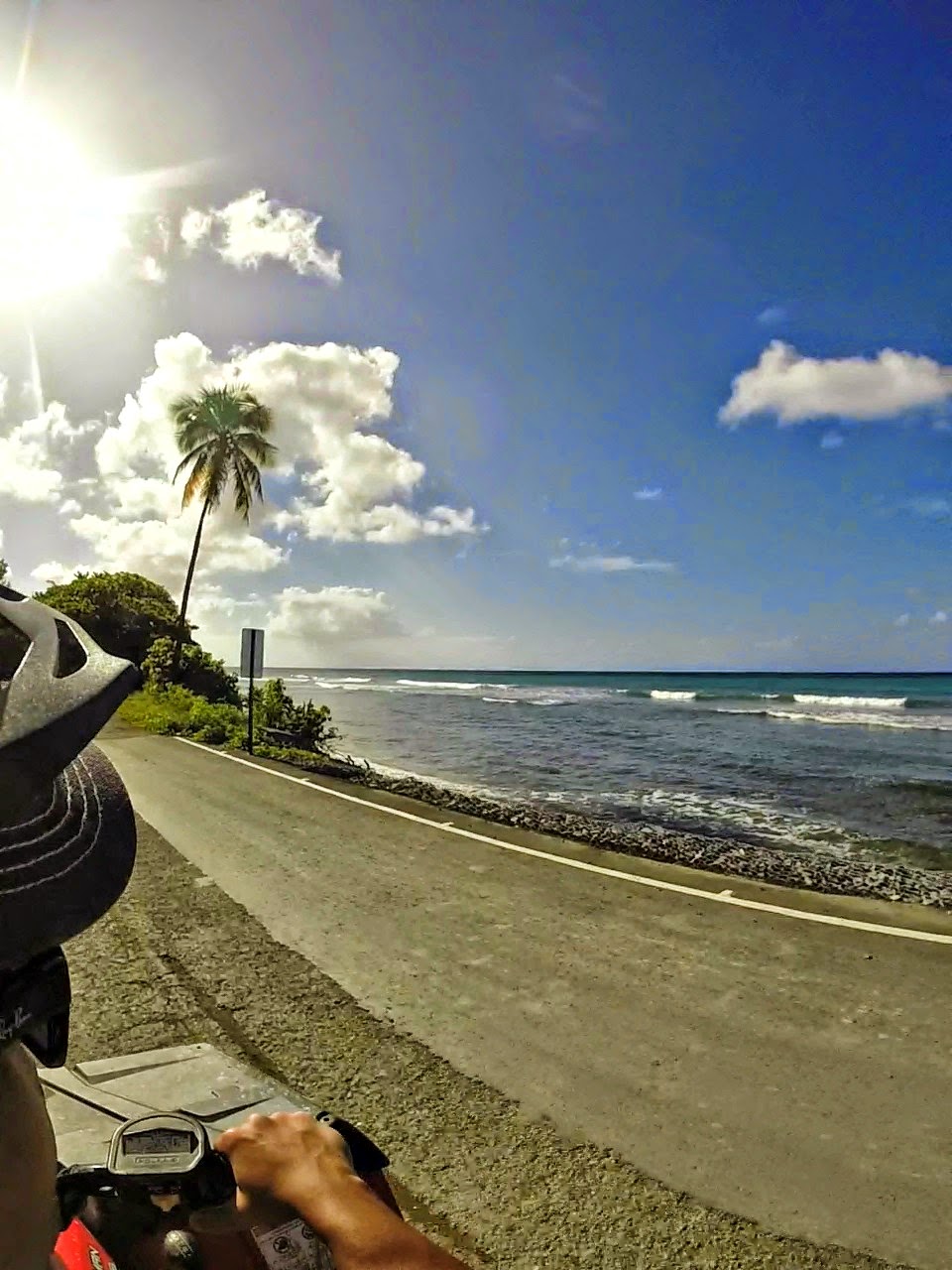 Our first port on the Celebrity Summit Caribbean 7 day cruise was St. Croix, the largest of the U.S. Virgin Islands.  Being the first full day, we wanted to take it easy in the morning and relax and check out the ship.  We booked a later tour/excursion for Fredericksted St.Croix after lunch. 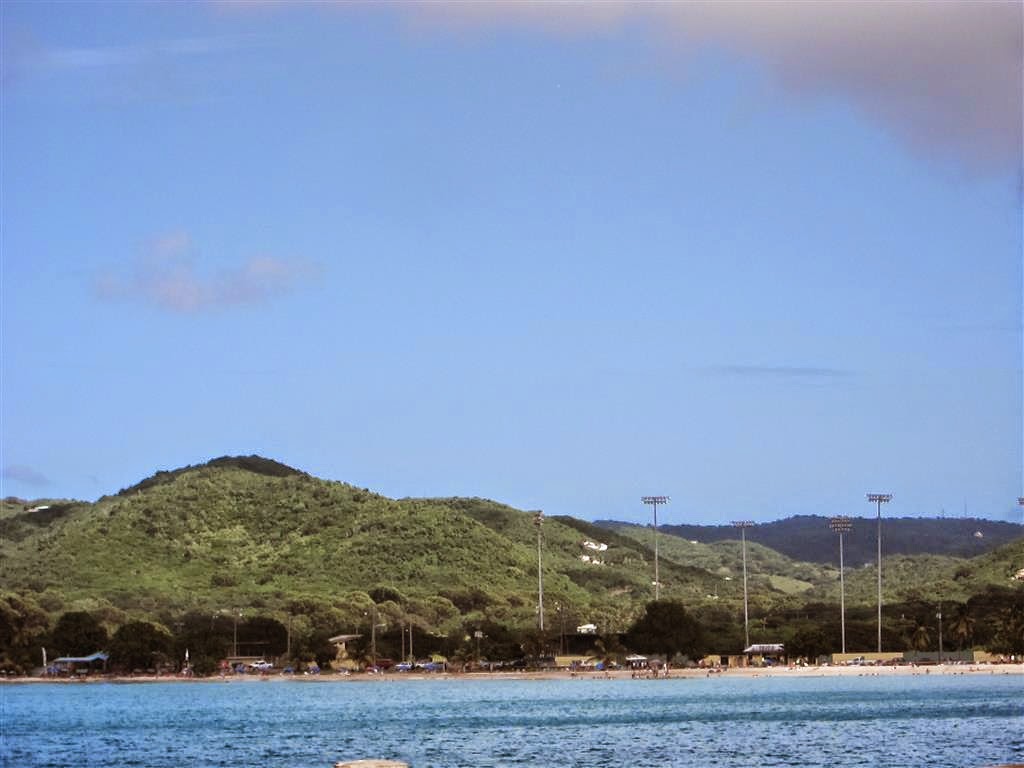 After looking through all the choices and reading reviews on Trip Advisor, we went with the ATV Tour with Gecko's Island Adventures.
The tour was was advertised as 1 1/2 - 2 hrs for $135.00 per an ATV (that accommodates 2 people).  The owners of the business were very nice when we checked in.  There were GoPro accessories that we were able to use (although the helmet was not meant for the accessory) 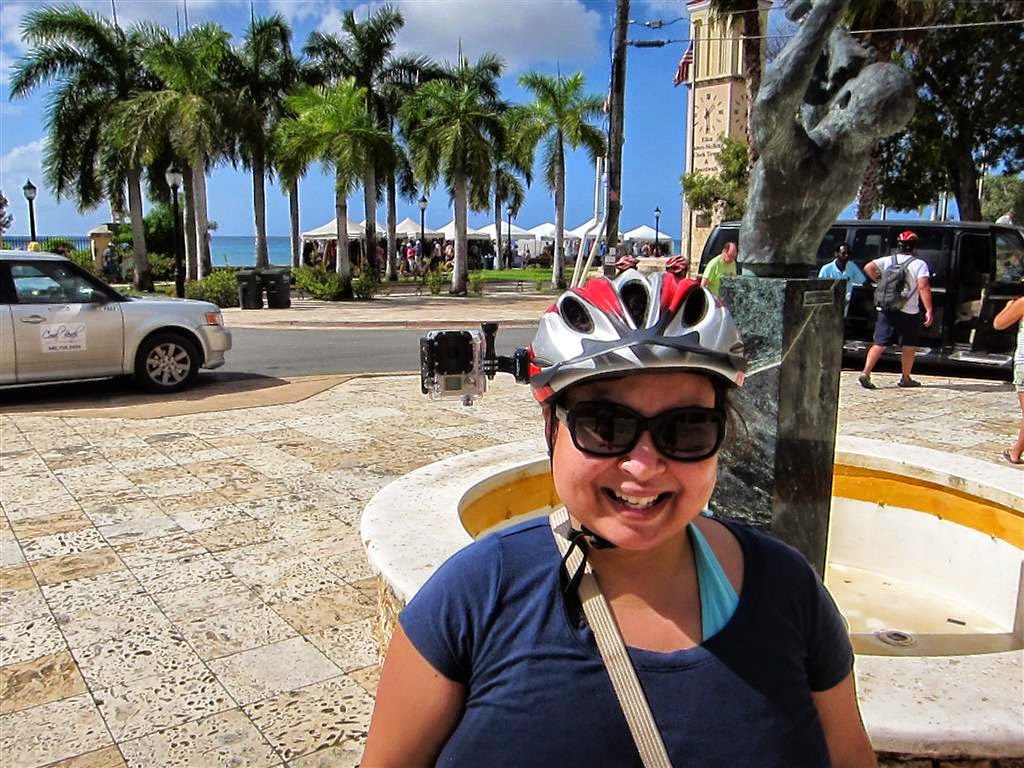 Although the meet up point near the cruise port in Fredricksted, there was a short drive to Rainbow beach where we were given the run down and started our tour.  The ATV's were lined up and each had a name.  There was only another pair of girls that were not part of our group.  There were 2 guides on the same ATV. 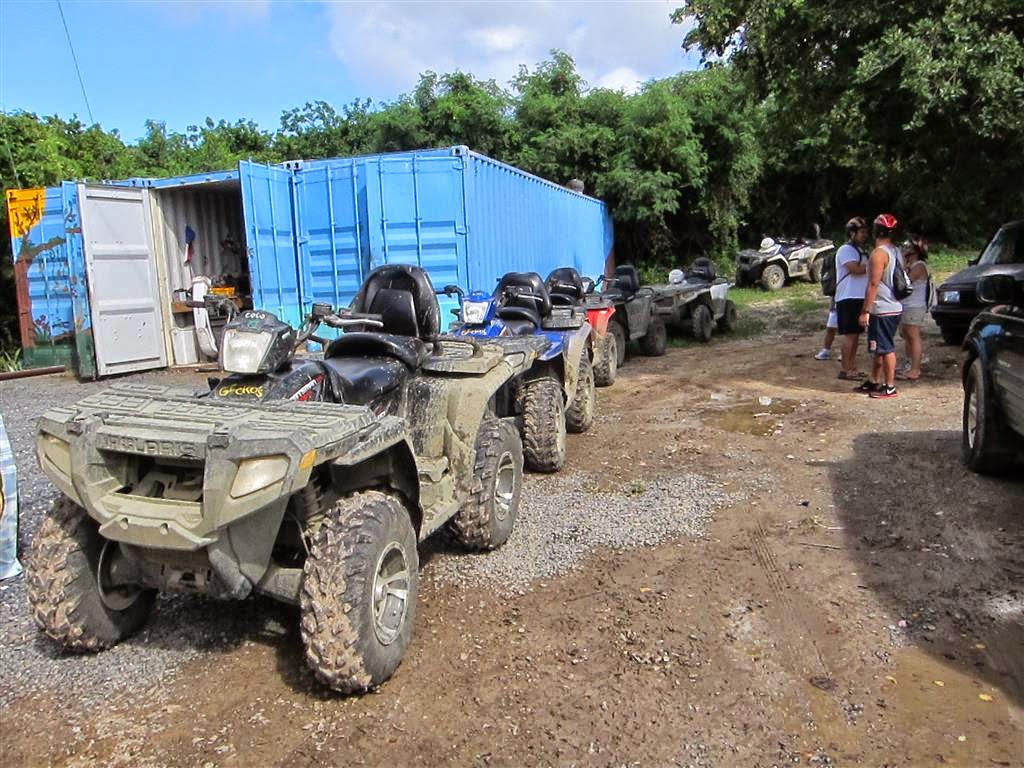 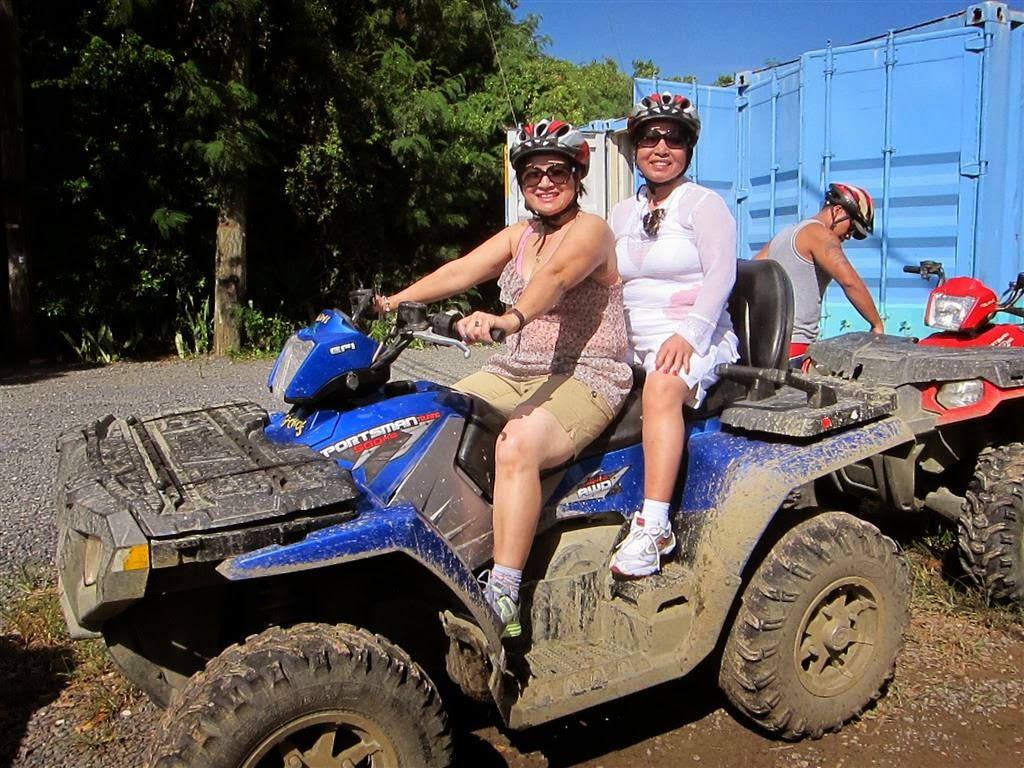 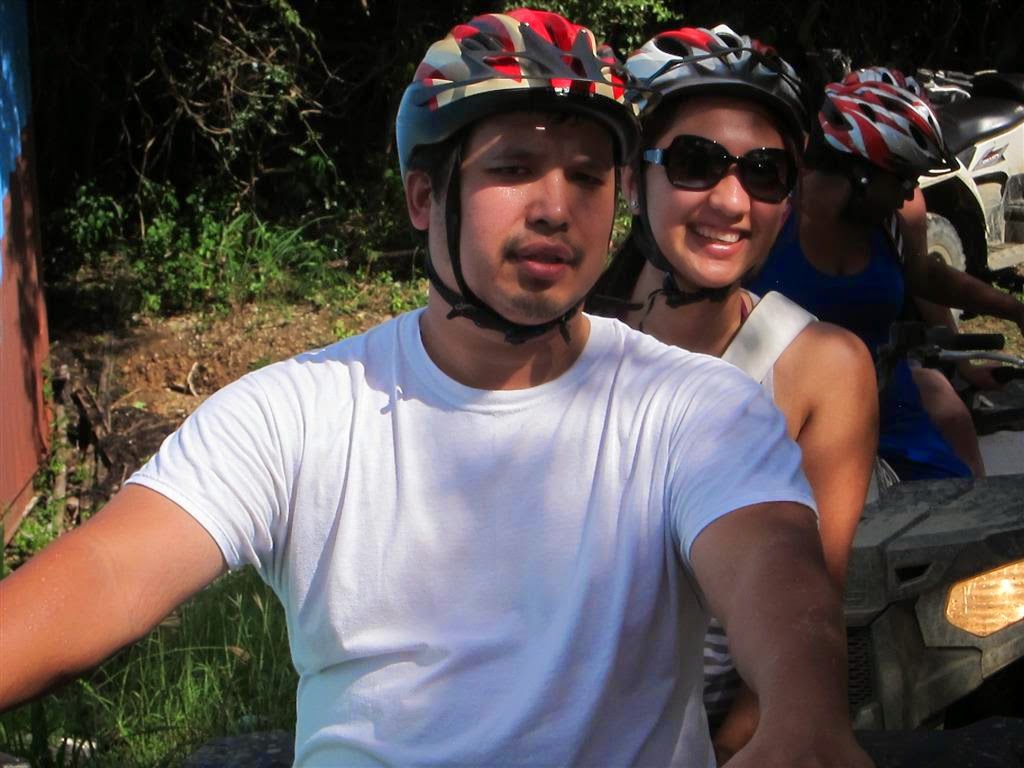 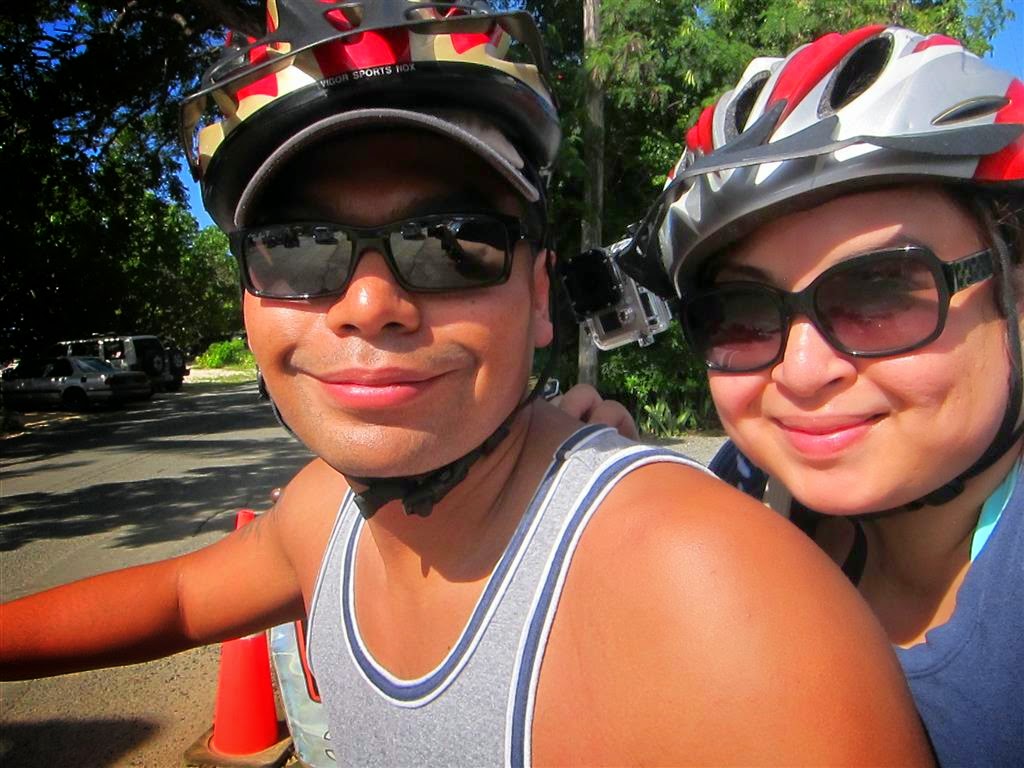 After we got settled on our ATV's in pairs of two, we were off! 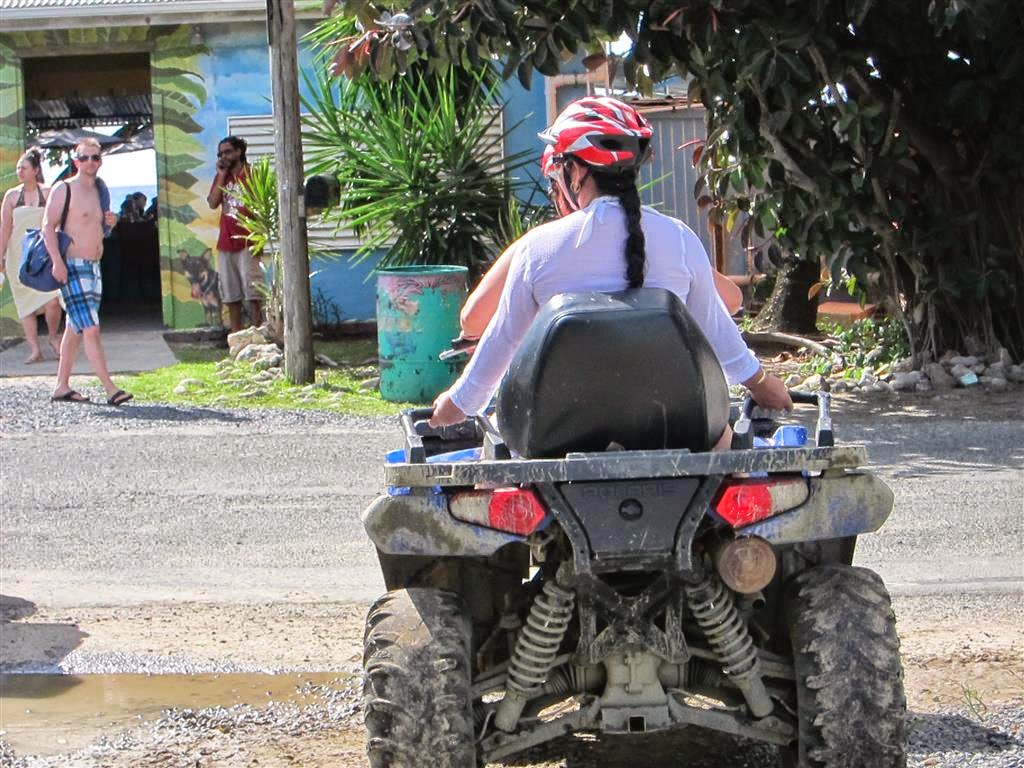 The ATV's itself were big and bulky.  It's the biggest that I've ever been on (Insert that's what she said joke here) It took a lot of upper body strength to control and steer the vehicle.  Mine kept stalling when I came to a complete stop, which was quite cumbersome.

We drove along the main road towards the tropical terrain. 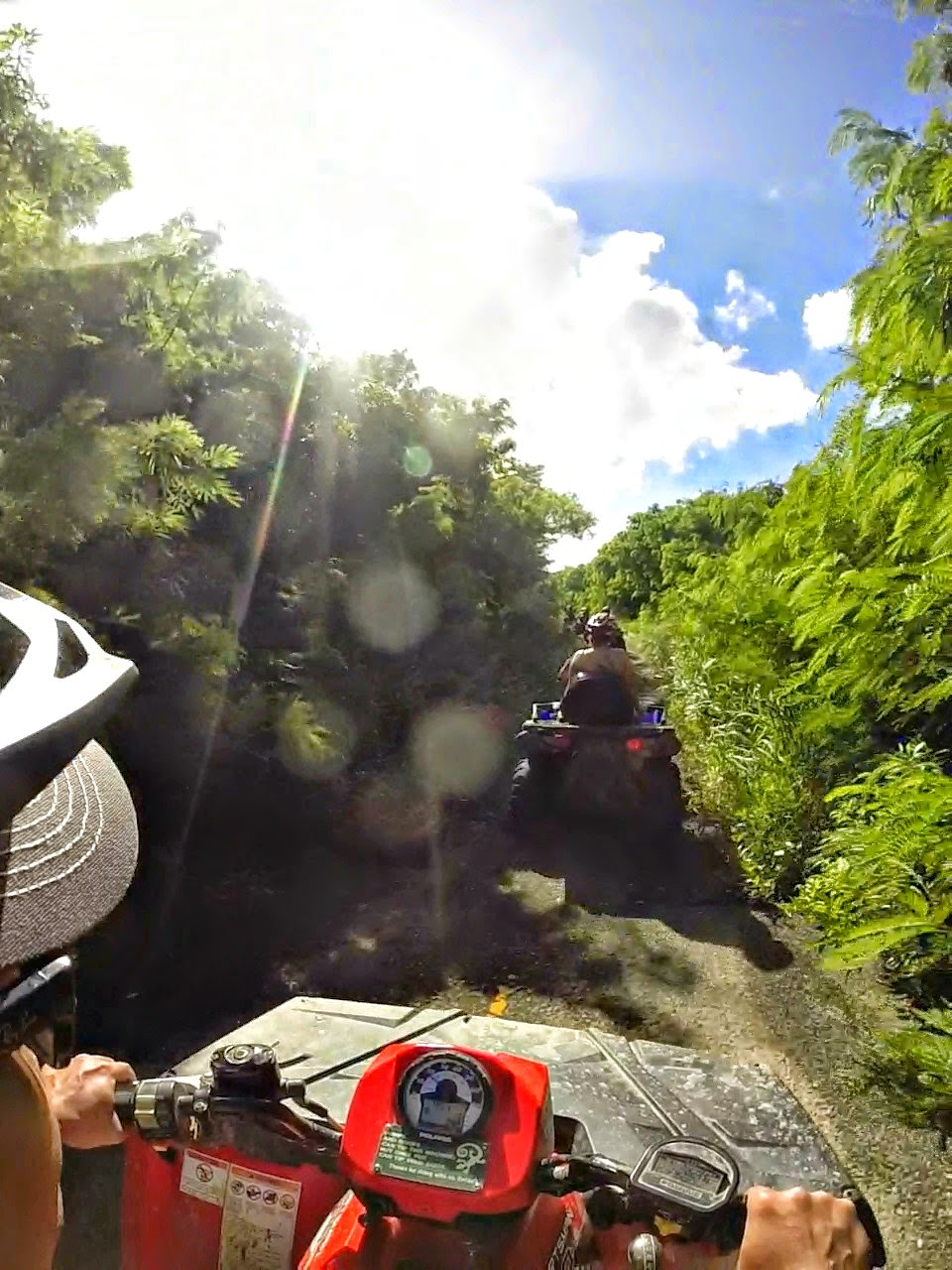 We ascended a hill towards Mount Stewart.  Along the way, we ducked vines, avoided rocks and pot holes and puddles of mud.  It was definitely a thrilling ride and not the typical ride.  I had some "OH MY GOD" moments when I thought I was going to roll over. 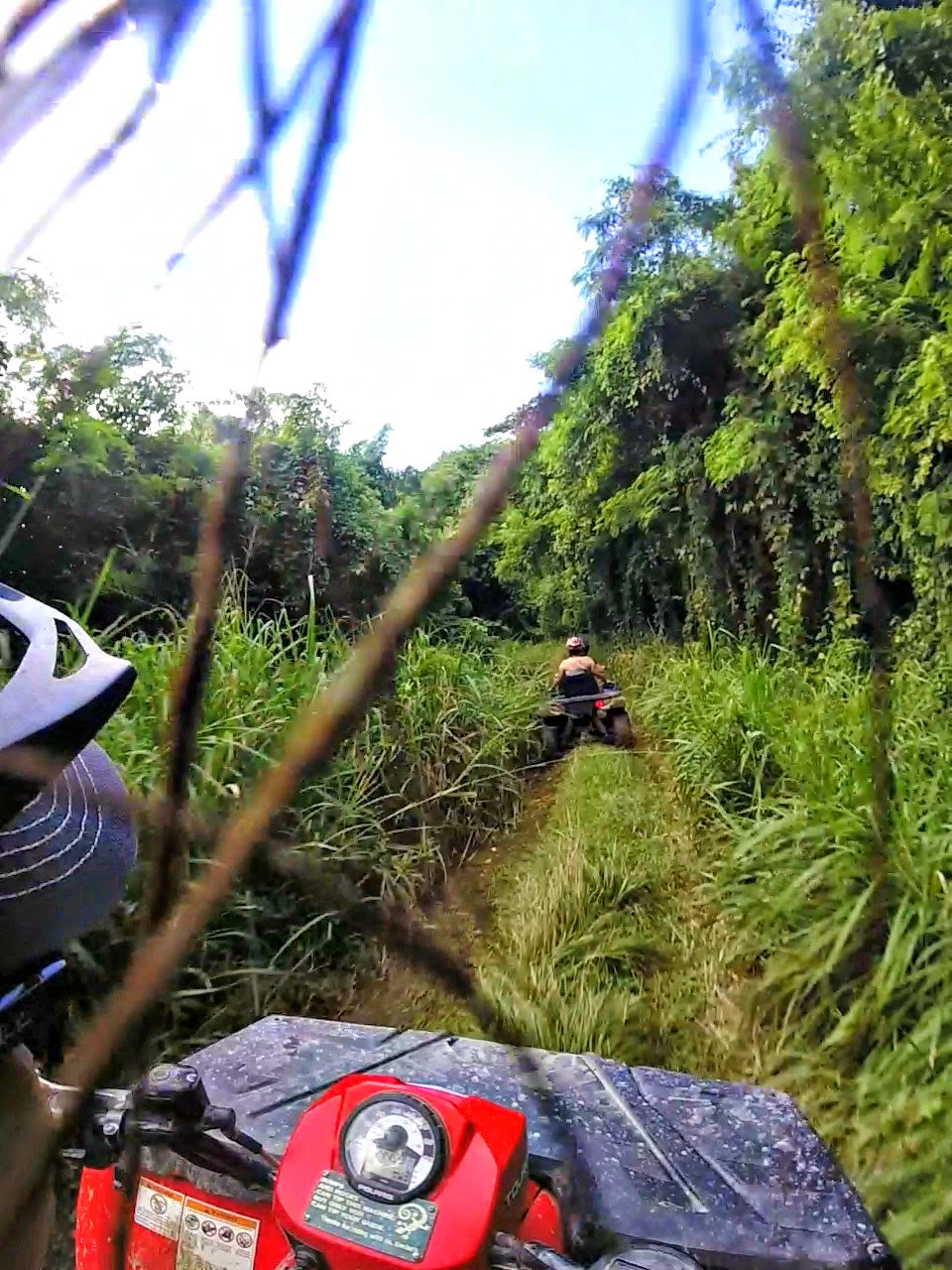 We got to the top of Mount Stewart and was rewarded with a beautiful breathtaking panoramic view of the ocean.  There was some sort of crime scene investigation so we couldn't go all the way up and had to go an alternate route.  Our group was able to get in some pictures before descending. 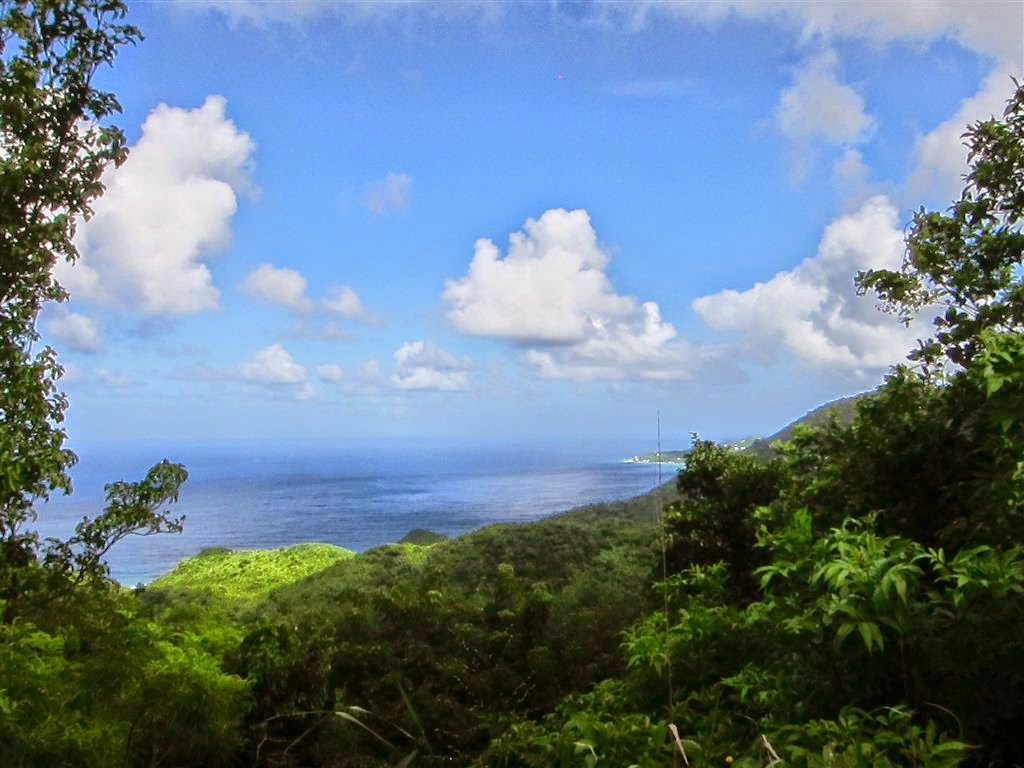 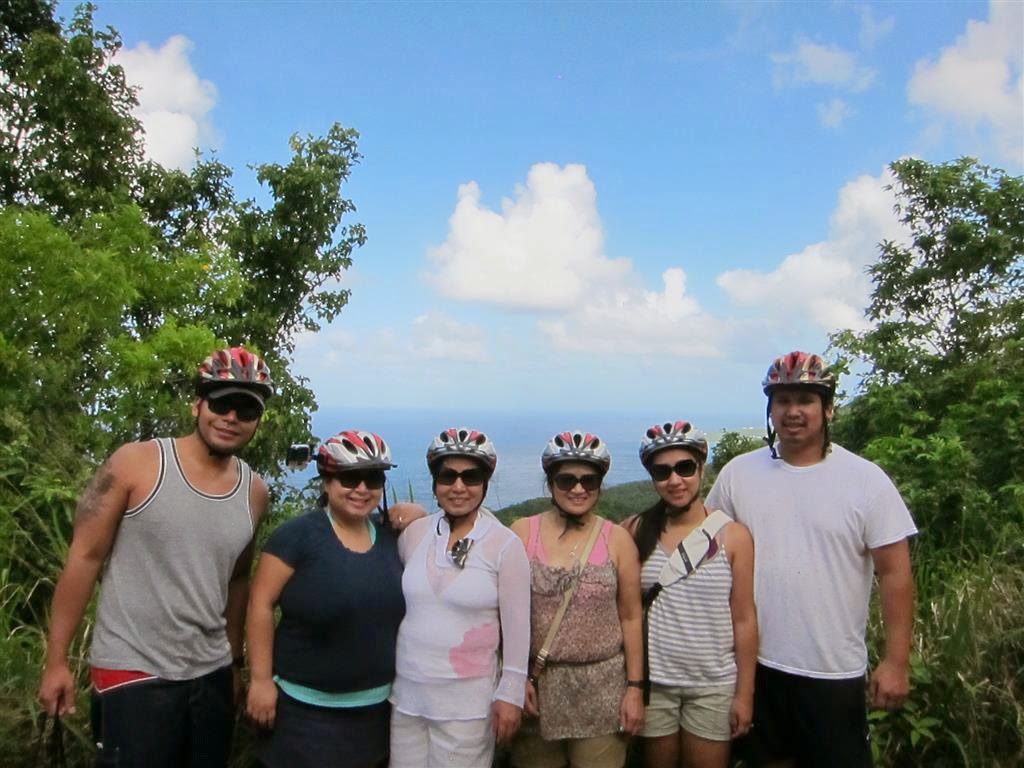 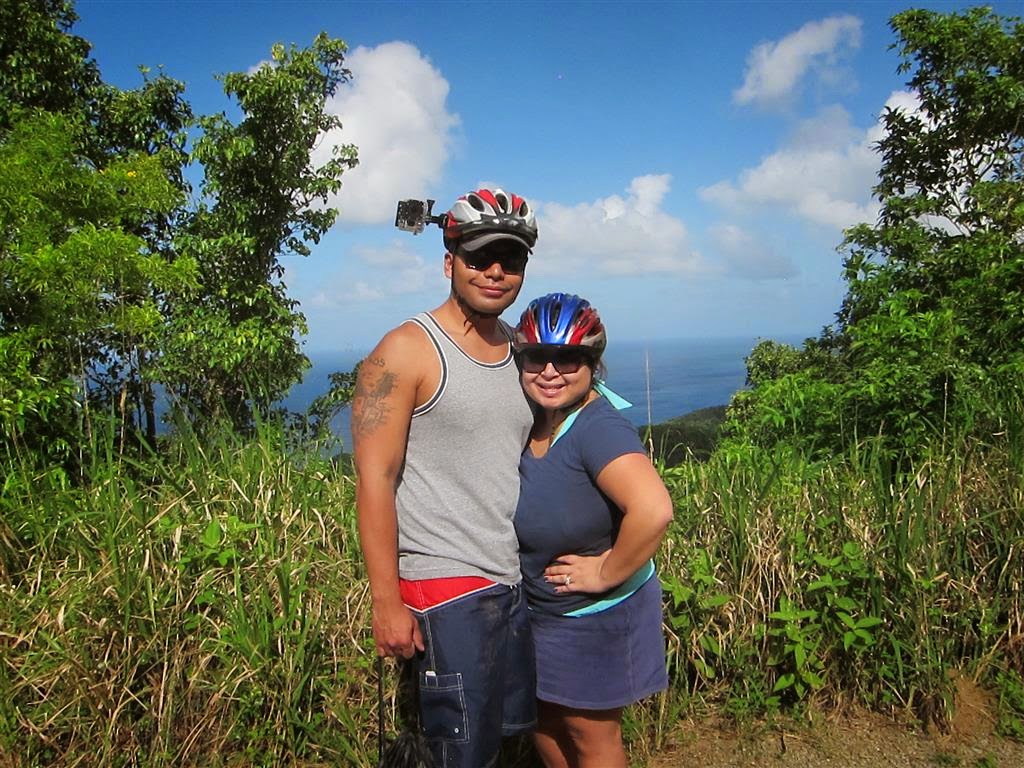 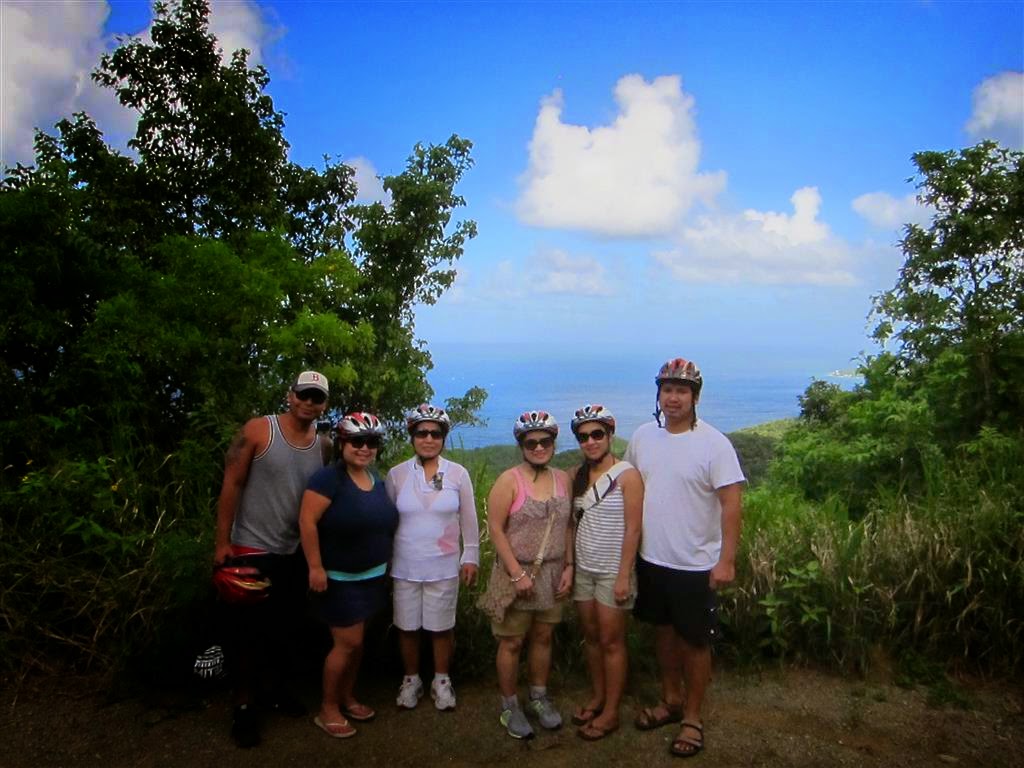 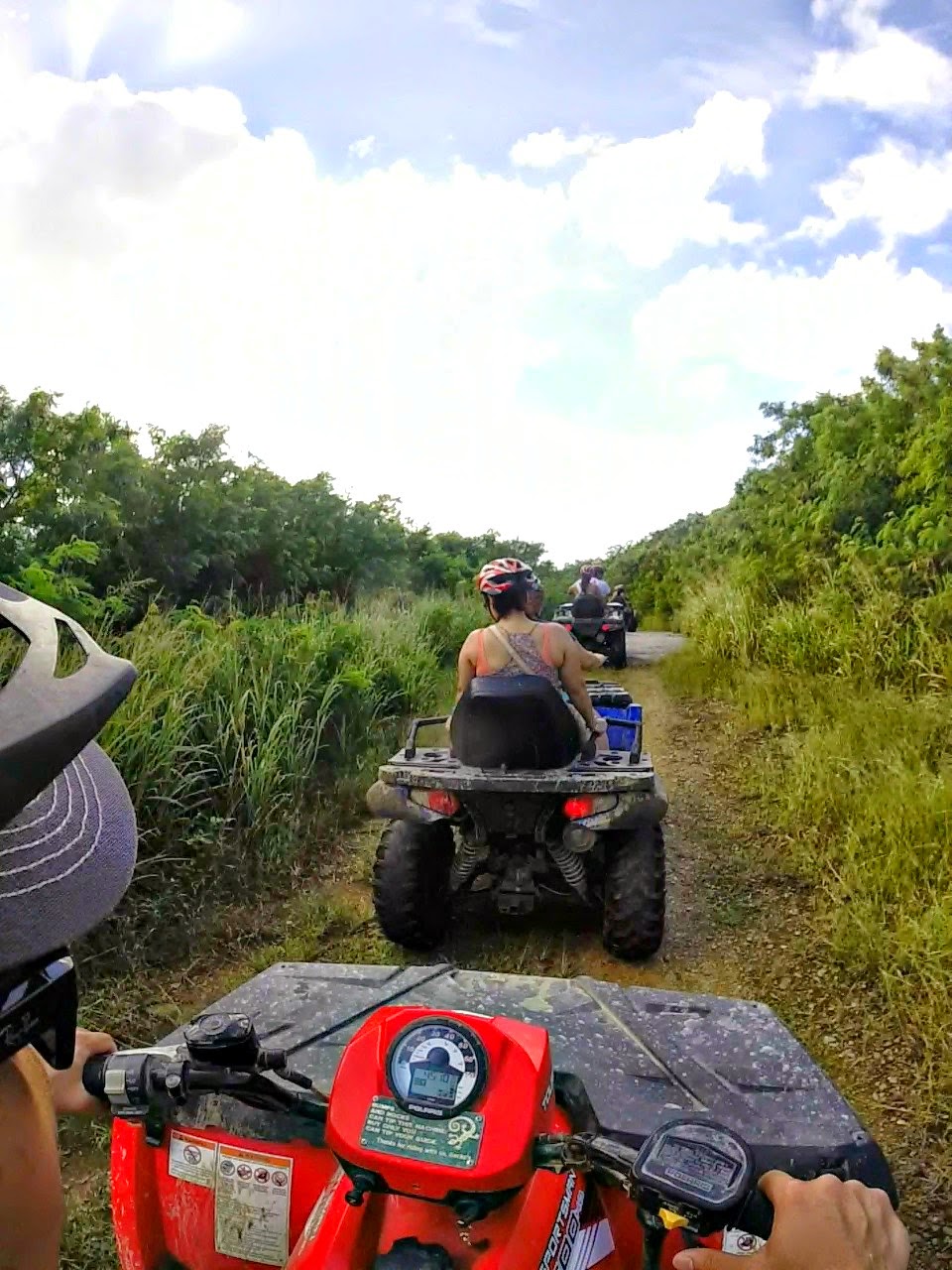 We drove along the ocean and enjoyed the breeze on the way back to Rainbow beach.  I was bummed that we didn't get to stop to take a picture.

We didn't have time to check out Rainbow beach, Our ride was heading back to the cruise so we had to go.  I guess we could have stayed a bit longer and paid the cab fare but we didn't.

The tour was fun but I thought it was short and overpriced.