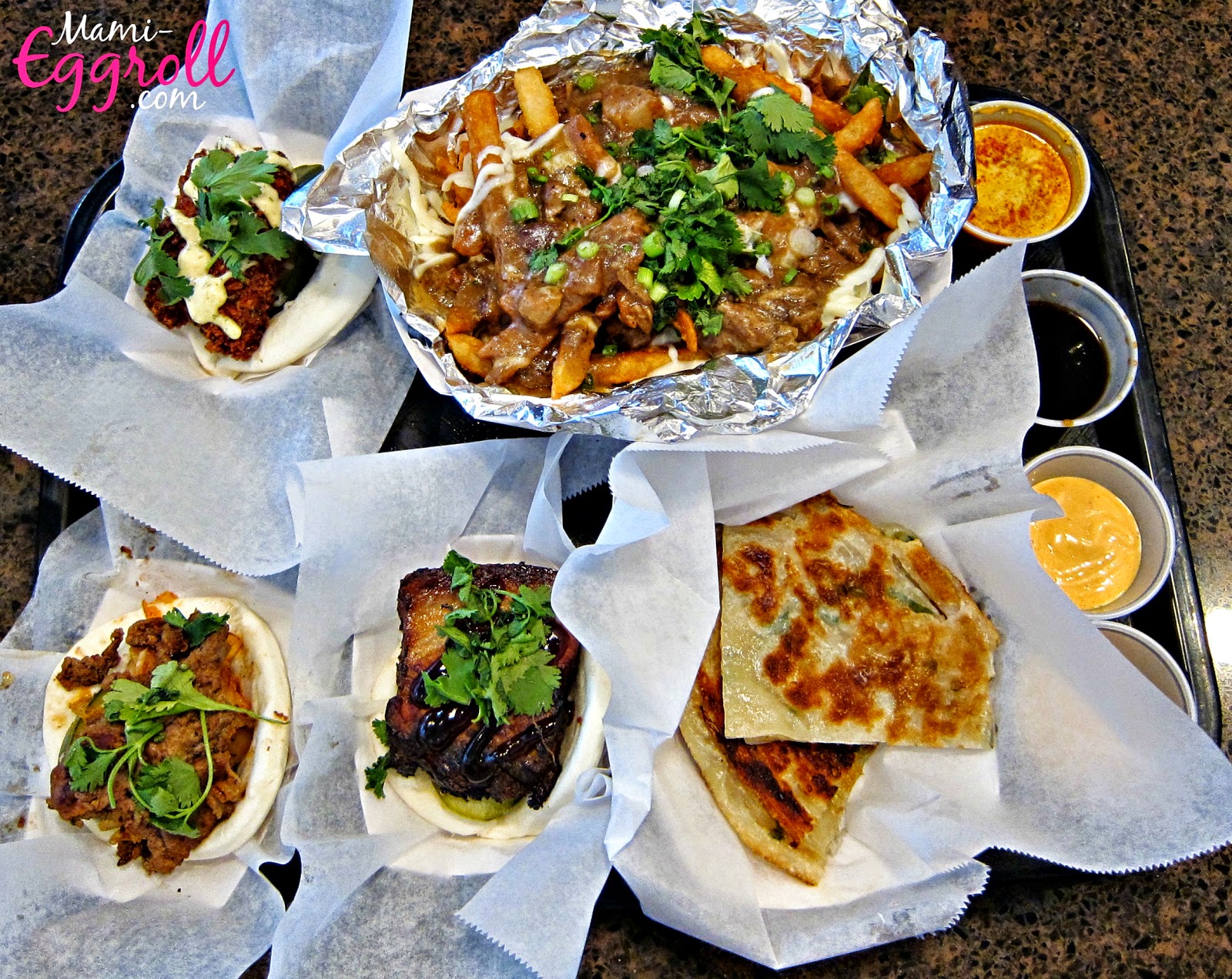 After spending the day poolside in Brooklyn, Setha and I walked up and down the streets of Astoria in search of a place to grab a quick bite to eat.  It was a weird time to dine because it wasn't quite lunch and we would be eating dinner in 4 hours.

I told her I could go for Latin food or Asian food and she pointed out a little storefront.  She said "I think that's a Vietnamese but I don't think they have Pho or anything like that." I was so confused, how could a Vietnamese joint NOT have pho! I looked at the sign and I was sold immediately when I read the word "Bao" on the sign that said the Bao Shoppe.

The little shop was hip and it displayed 3D local artwork (not shown) and shared the same dining room as a healthy salad/smoothie shop. 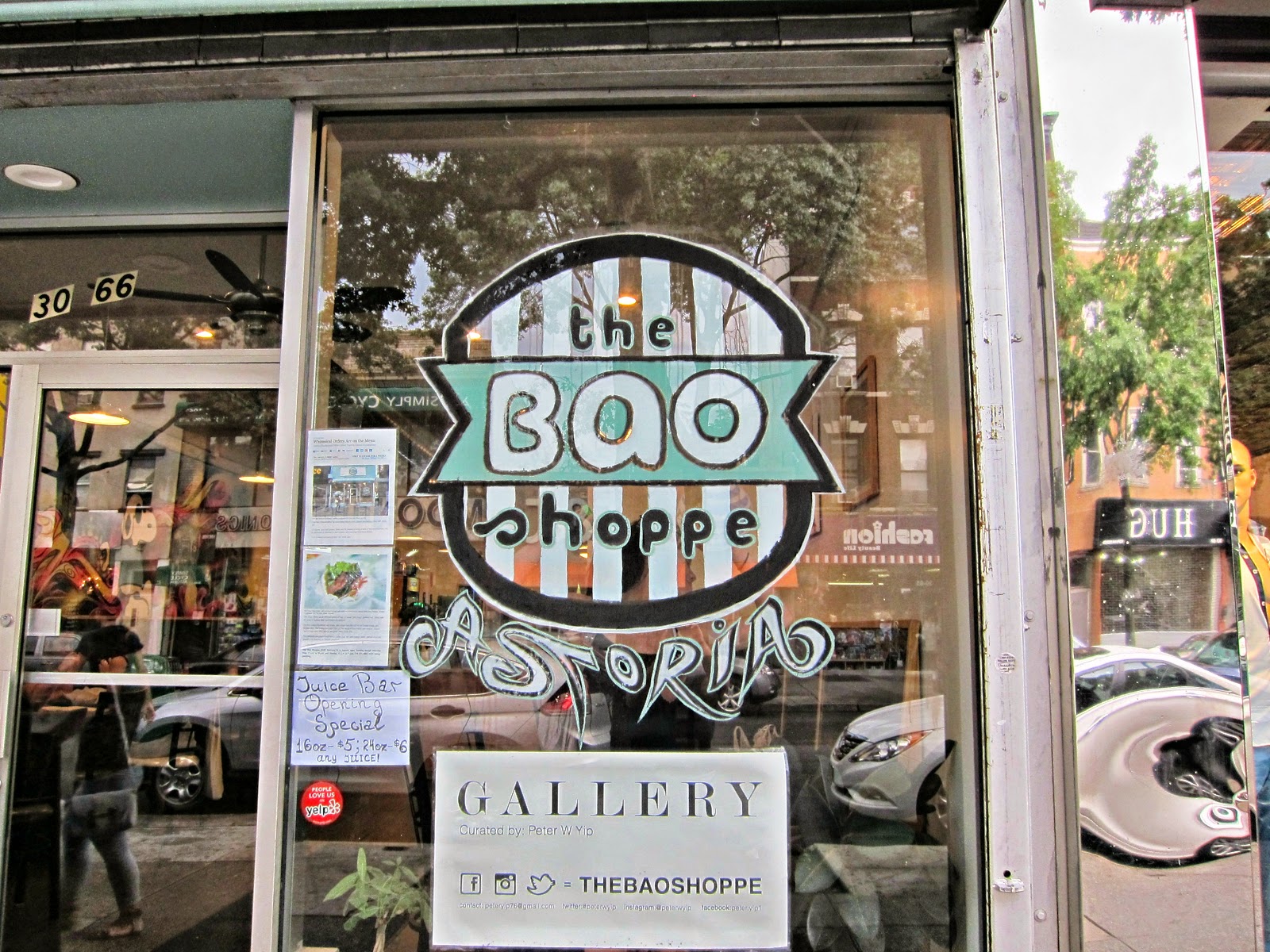 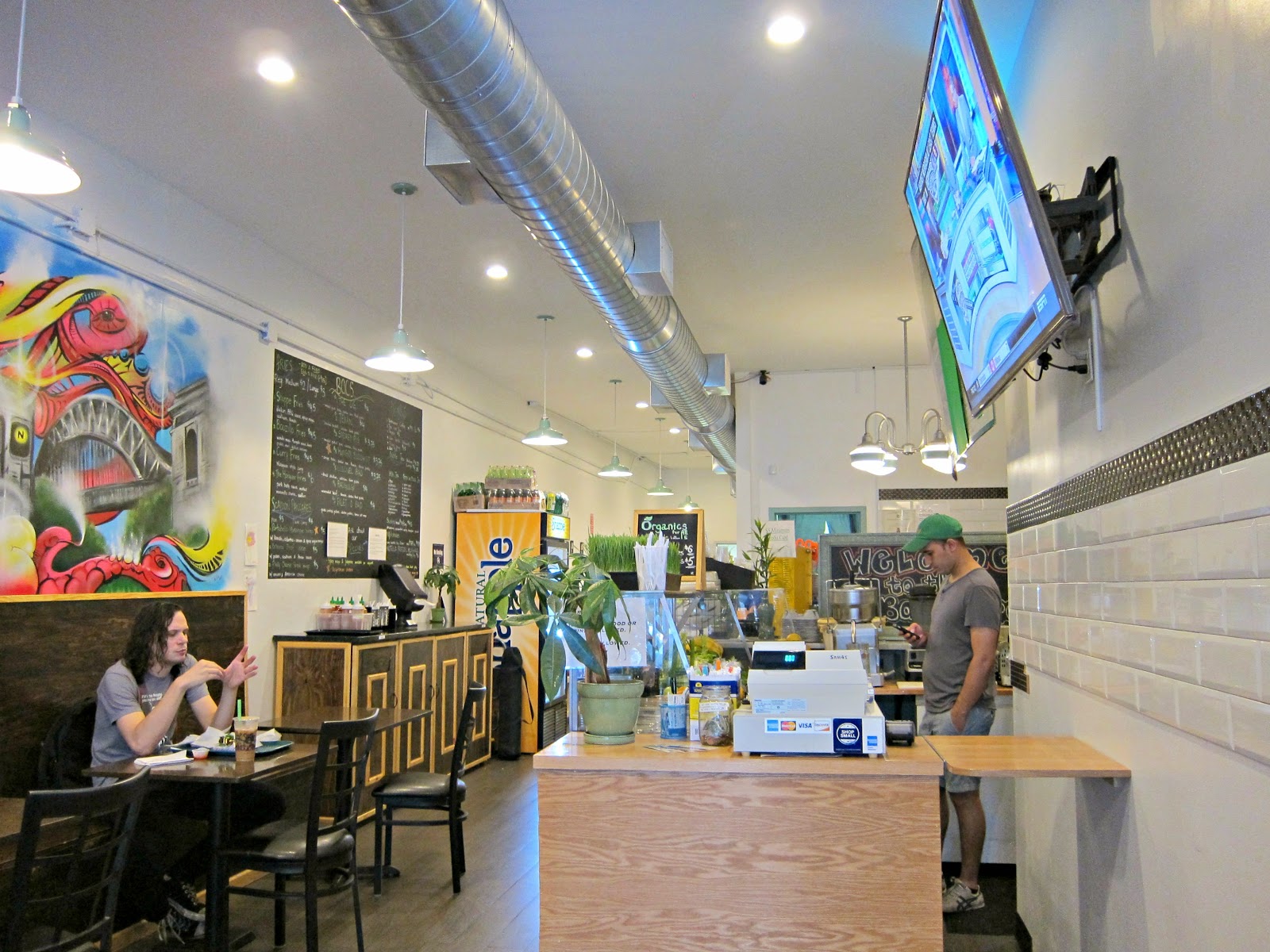 The chalk menu board was overwhelming... I wanted one of EVERYTHING! 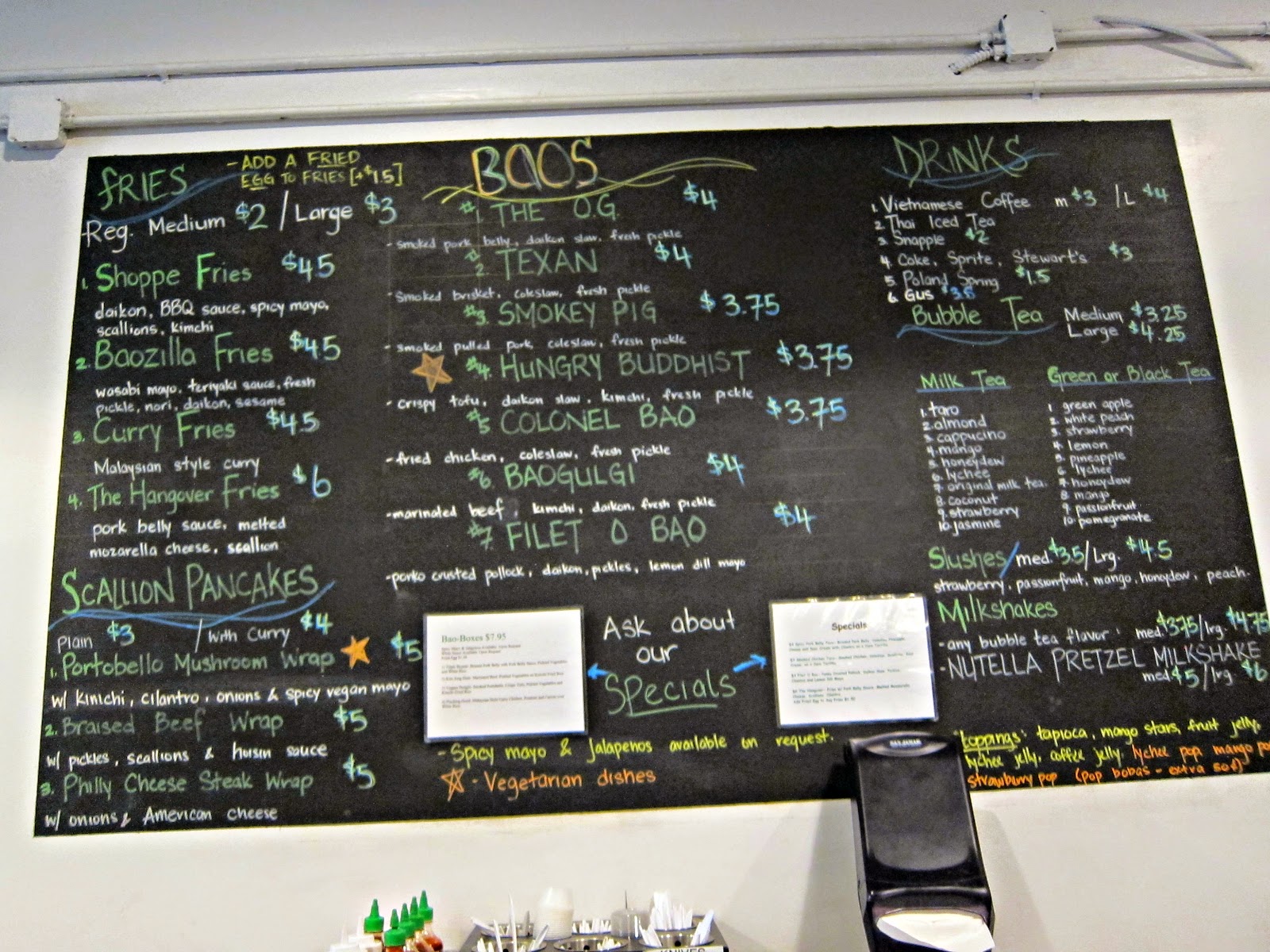 Setha got a Vietnamese iced coffee to wake her up a bit and I went with a taro bubble tea with tapioca pearls. 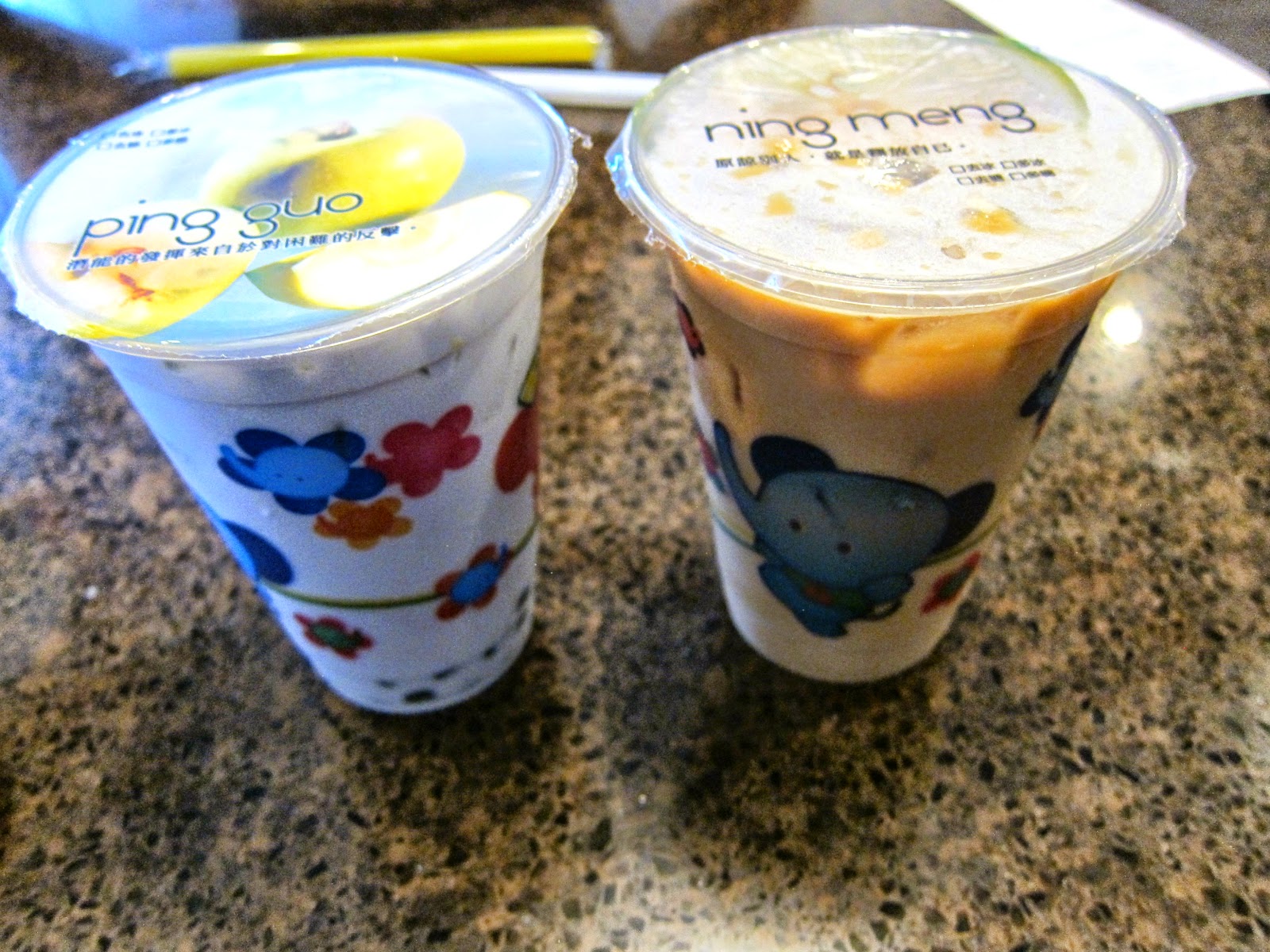 We split two appetizers and three steamed baos with different fillings. (So much for a light snack!)

The scallion pancake with curry dipping sauce was really good! Setha preferred the traditional soy sauce.
The "Hangover" Fries looked really intriguing on the menu board as it was described as "fried with pork belly sauce, melted mozzarella cheese & scallion".  It was too heavy for us and we nibbled on it as much as we could.  I could really taste the pork fat and felt like I was going to have a heart attack.  It was reminiscent of the Canadian Poutine dish with gravy and cheese curds.

All the Bao's had fun names like "Hungary Buddhist" or "Colonel Bao" for fried chicken version. They even had specials called "Kim Kong Illest", "Triple By Pass" and "Plucking Good."

All the buns came with pickled jalapenos and spicy mayo on the side.  They also have bottles of sriracha and other condiments on the side.  For our order, we got 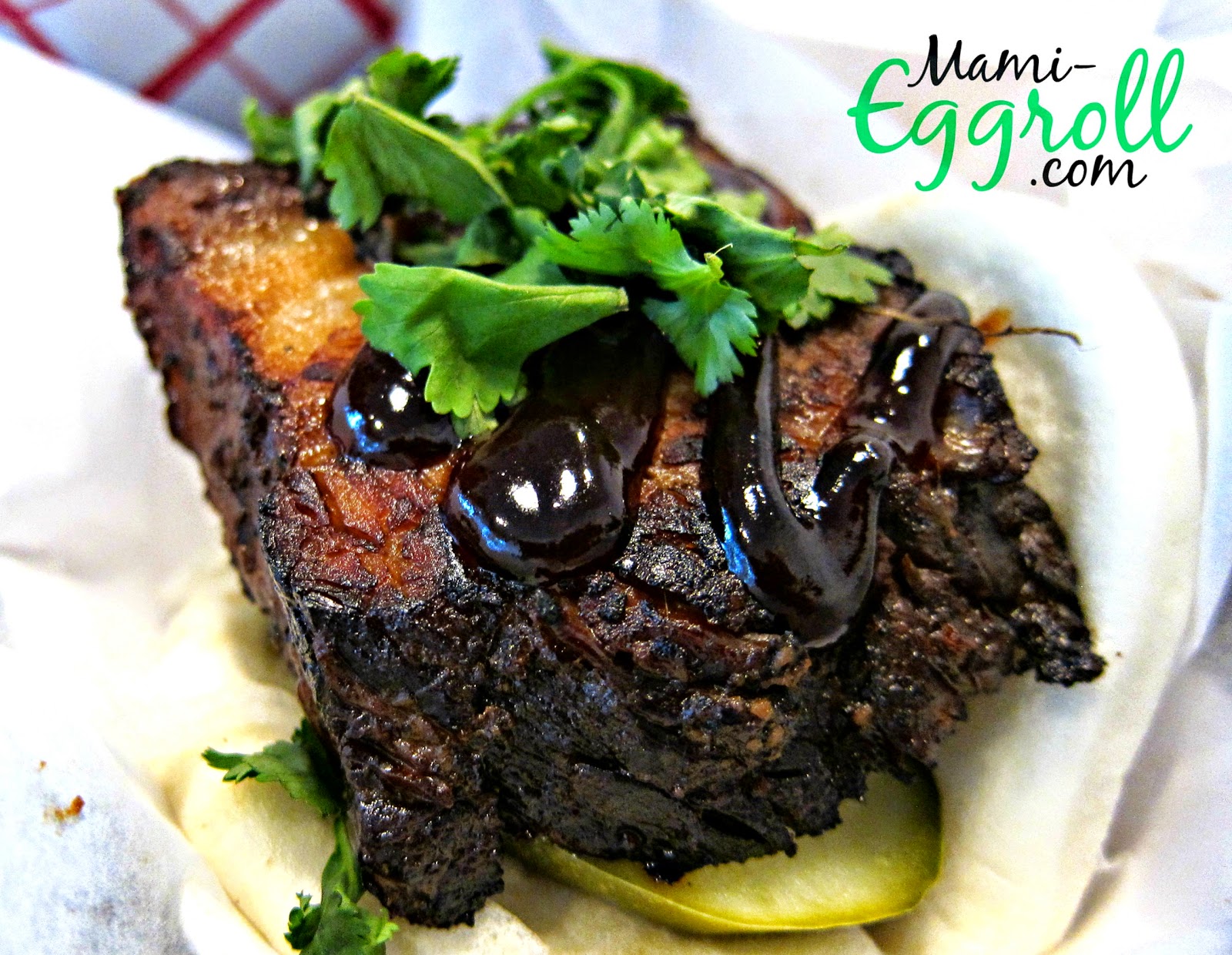 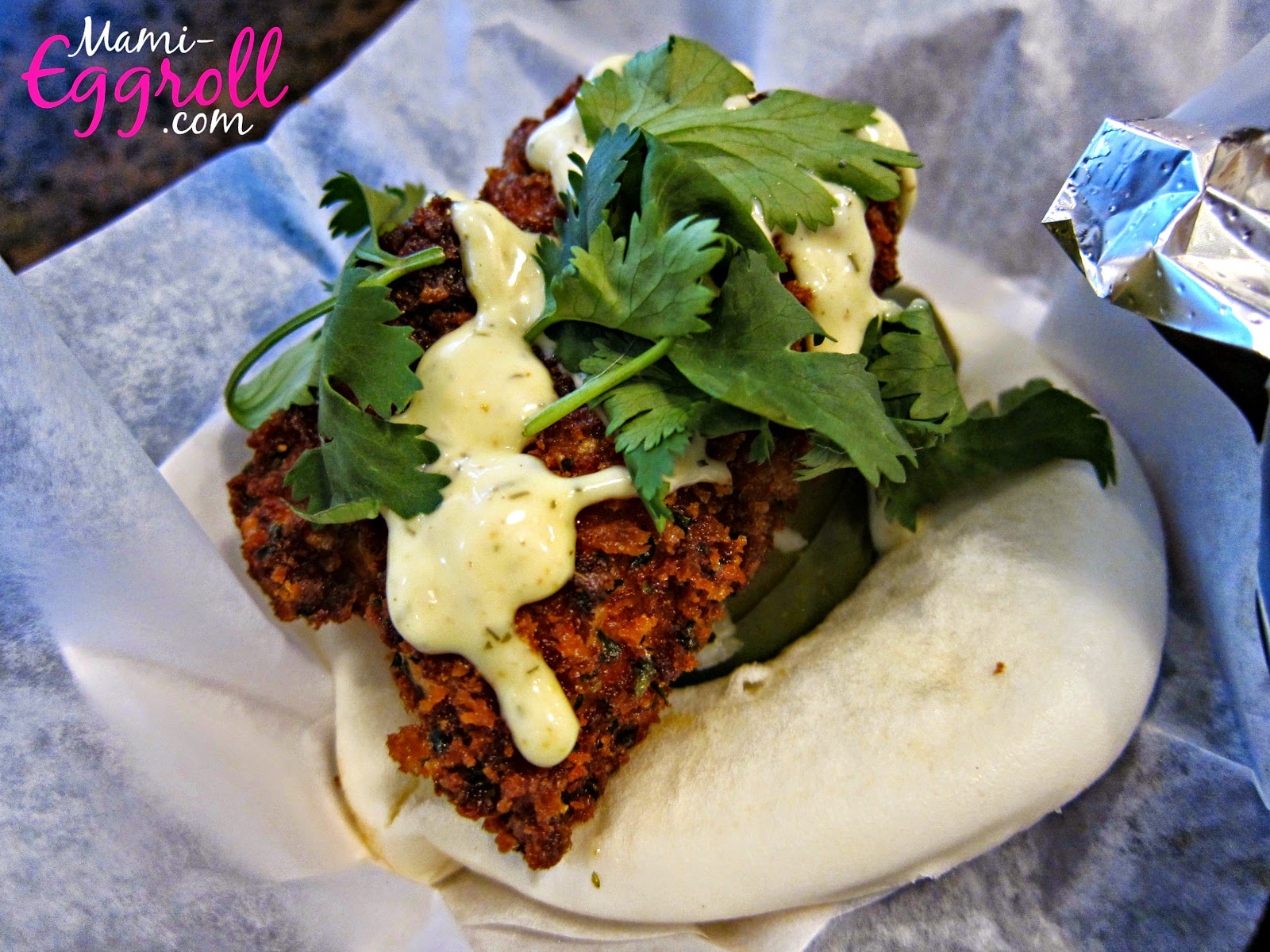 Despite half my fish falling onto the floor, the fish filet o Bao was my favorite.  It was crispy and wasn't fishy at all.  Setha commented that they over killed with the cilantro and I agree.

I wish there was a little place like this in our area.  The food was good and the prices were really reasonable.
Newer Post Older Post Home