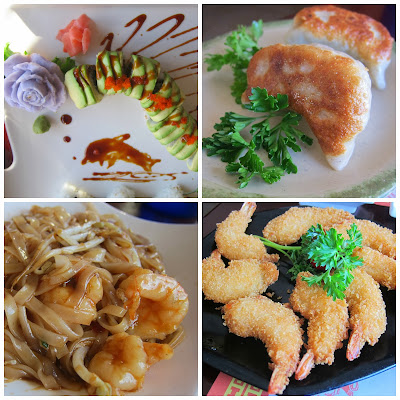 I can't believe we've never heard about this place until cousin Ronnie went to this "Fresh all you can eat" sushi joint.

I was intrigued to hear more about Food Goody, a Chinese restaurant in Lowell.  The Mo and I typically go to Nana's in Billerica or Sakura in Winchester to get our fix of unlimited sushi and Japanese side offerings.  I was excited that there was one right in Lowell! (not that Nana's is far from my house.)  Sushi Yanagi in Chelmsford is also a favorite of ours but everything is a la carte and the bill can get pretty steep.

We visited the restaurant for lunch today
and Ronnie's directions were accurate, the restaurant was located on the beginning of Lakeview Ave., right across the street from the iconic comic book store.  Parking was spacious and we were the only ones there for lunch at 1:00 PM, New Years Day.  I was a bit apprehensive since no one else was dining at the establishment.  (When we left, there were 4 other groups that came in and many other take out orders so I felt better) 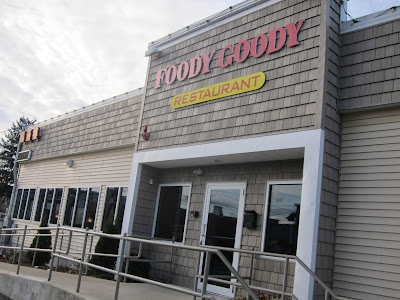 The restaurant was extremely clean and there were many tables.  It appears to be a family run operation as the woman who I assume is the mother was the single hostess/server along with her pre-teen daughter helping out with drinks and running some of the appetizers.  There was another younger daughter on her i-Pad watching movies. 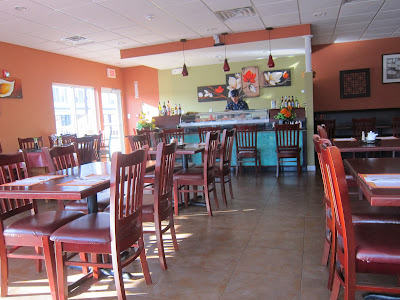 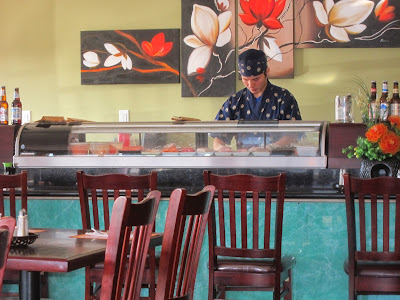 We were seated promptly and brought a couple of different menus, the a la carte menu and the all you can eat Chinese and sushi menu.  I thought it was pretty cool that we could write on the actual menu to indicate the quantities and menu items we wanted to order.  Usually we would get a separate paper to check off. 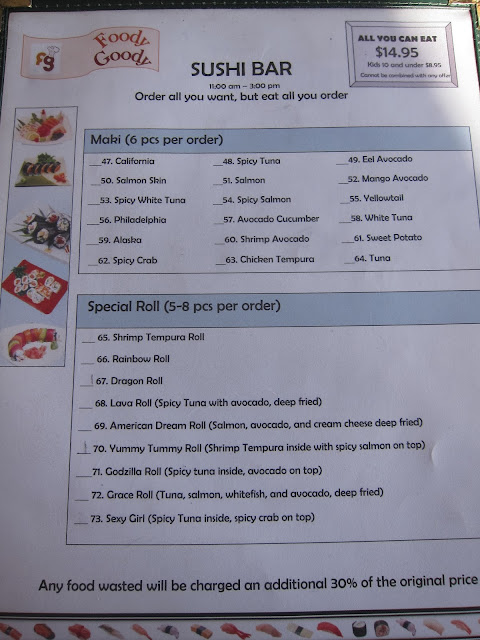 We started off with the colossal pan fried pork dumpling that came with two in the order.  The dumpling were pretty tasty with the perfect crisp on one side and a soft wrap on the other side.  (the pictures doesn't do it justice, it's probably twice the size of the average dumpling / peking ravioli) 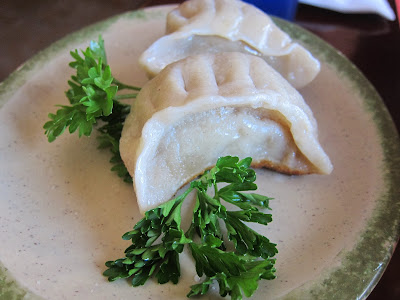 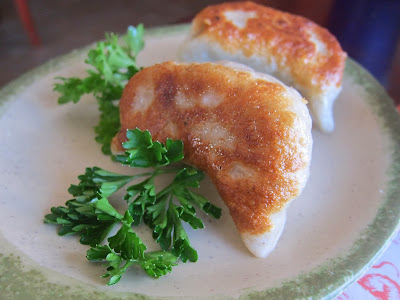 Although the shrimps used in the fried shrimp appetizer were a bit smaller, the portion made up for it.  The shrimps were battered and fried in a panko crust and served with duck sauce.  It was good but nothing to write home about, maybe I'm biased because I wished the shrimps were larger.  Similar to the other appetizer, the dish was garnished with parsley and a maraschino cherry. 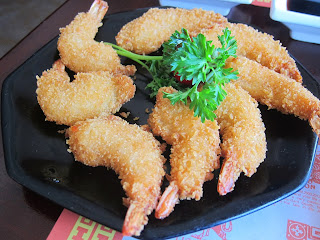 We didn't want to over order and have lots of leftovers so we limited ourselves to only three maki rolls.  Just like all the other similar sushi places, if you don't eat all the food, they charge you for the leftovers.

The Mo loves eel so we had to get the dragon roll, eel and cucumber wrapped with avocado and topped with tobiko and the sweet sauce.  We also ordered our usual favorite, the Philadelphia roll with salmon and cream cheese. 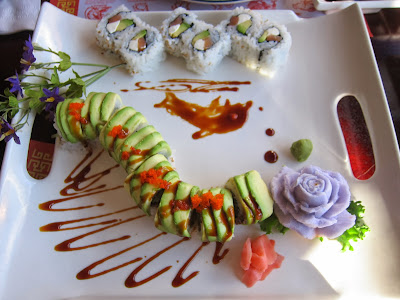 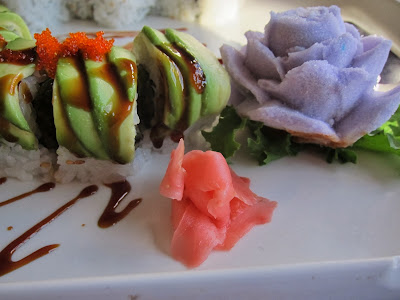 Instead of the boring shrimp tempura roll, we took it up a notch and ordered the yummy tummy roll which is a shrimp tempura roll topped with salmon and drizzled with a sweet chili sauce, similar to the Mae Ploy sauce that I eat with eggrolls. 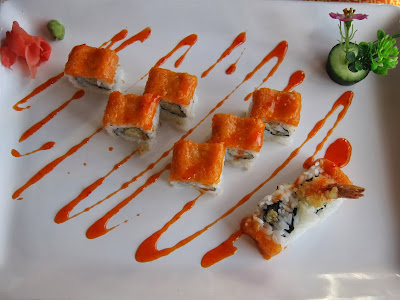 The Maki rolls were a little bit above average.  They were good but definitely not as tasty as other high end establishments.  We ordered the regular seaweed salad in addition to the spicy seaweed salad that had a nice wasabi kick to it. 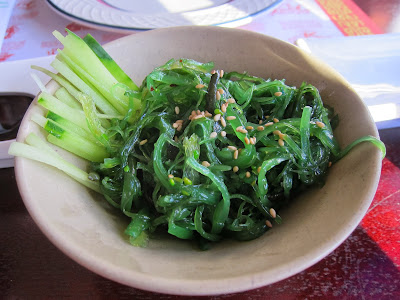 I really loved the idea that we were able to order from the kitchen menu and weren't limited to Japanese menu offerings as the other restaurants.

The Mo and I split a General Tso and shrimp phad thai.  The portions were perfect, enough for just us two without us worrying anything would go to waste (aka us having to pay extra.)

I have to praise them for using chicken breast for the General Tso chicken which is a premium meat.  Typically, dark meat is used and I actually prefer that over breast but I'm sure 90% of other people like the white meat. 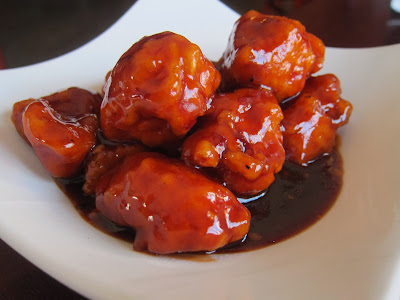 My favorite dish was the shrimp phad thai.  They did not skimp on the shrimp and it was full of flavor and texture from the bean sprouts, noodles and peanuts.  We asked for sriracha and hot chili oil and they were happy to oblige. 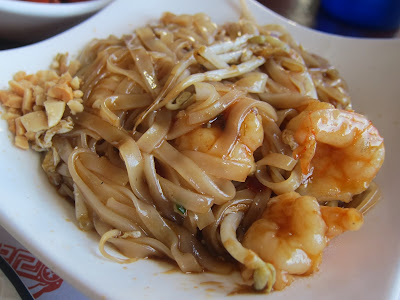 Overall, I think the food was great for the value.  The all you can eat menu only set us back $14.95 each.  My only regret is that I didn't know there was a dinner menu for $19.95 that offered many other menu items including sashimi and other specialty rolls, the Spider Roll (soft shell crab) being our absolute favorite.

Service was a bit slow as there was only one person handling most of the hosting/waitressing/food running/bussing/ takeout orders, etc) but if you are patient, it's worth it or if you are like me, just flag down the daughter.

We will definitely be back.. friends.. let us know if you want to join us for dinner sometime.