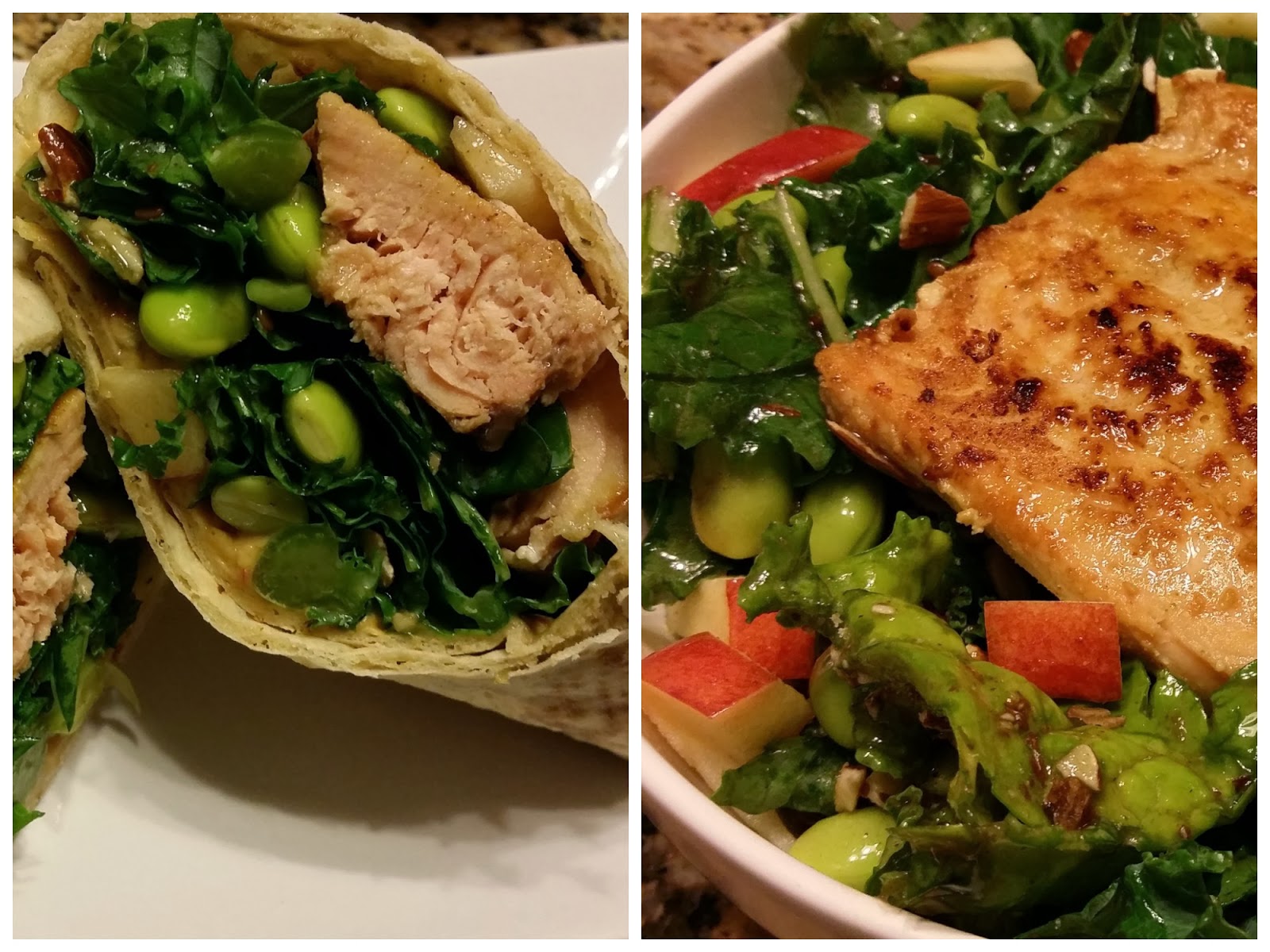 It's the AFC championship and I'm home on a Sunday afternoon prepping my meals for the week.  I would love to be at Garcia Brogran's pigging out on 25 cent wings and washing it down with $2.00 draft beers
or at a friend's house munching on pizza, dips and nachos, but I'm not.

It doesn't help that my sister is at my favorite pancake house, Chip's Family Restaurant in Orange, CT and is sending me picture texts of her meal. (That's our relationship, we can go weeks without talking but we will still exchange food picture texts in the interim) Priorities

I don't want to pity myself but make the best out of it and whip up something tasty for the game.  I had some leftover kale from prepping my meals for the week and didn't want it to go to waste.  I had some frozen endamame and frozen Market basket salmon.  Yeah, you're probably like, "Yuck, frozen fish!"  I've bought too many fresh fish for it to be wasted because I've either changed my mind about cooking it or I forgot about it.  The frozen package is convenient because I always have it in the freezer and its portioned to approximately 4 oz individual wraps. 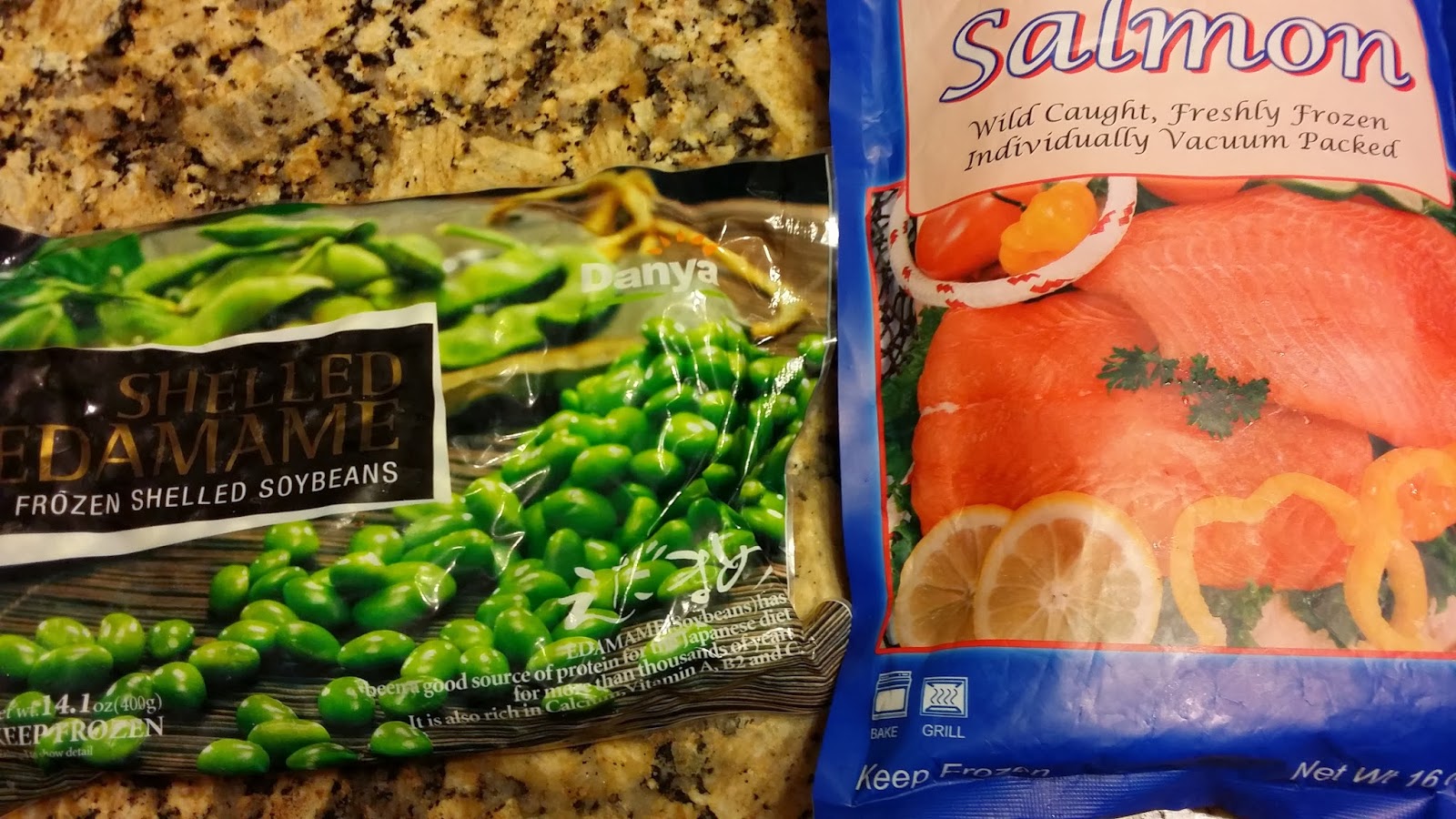 Turn the stovetop to medium-high heat

Sear the salmon on each side until nice and crisp.  Add the terriyaki sauce to the pan.

Toss the kale, endamame, apple, and almonds in a bowl with Ken's no sodium sesame ginger sauce.

Lay the flat bread on a plate, spread hummus on the bottom of the flat bread. (Note, the hummus is optional but I love the creaminess and the kick that it gives)

Add the kale mixture on the bottom of the flat bread.  Break the salmon into 2 pieces and place it on the kale. 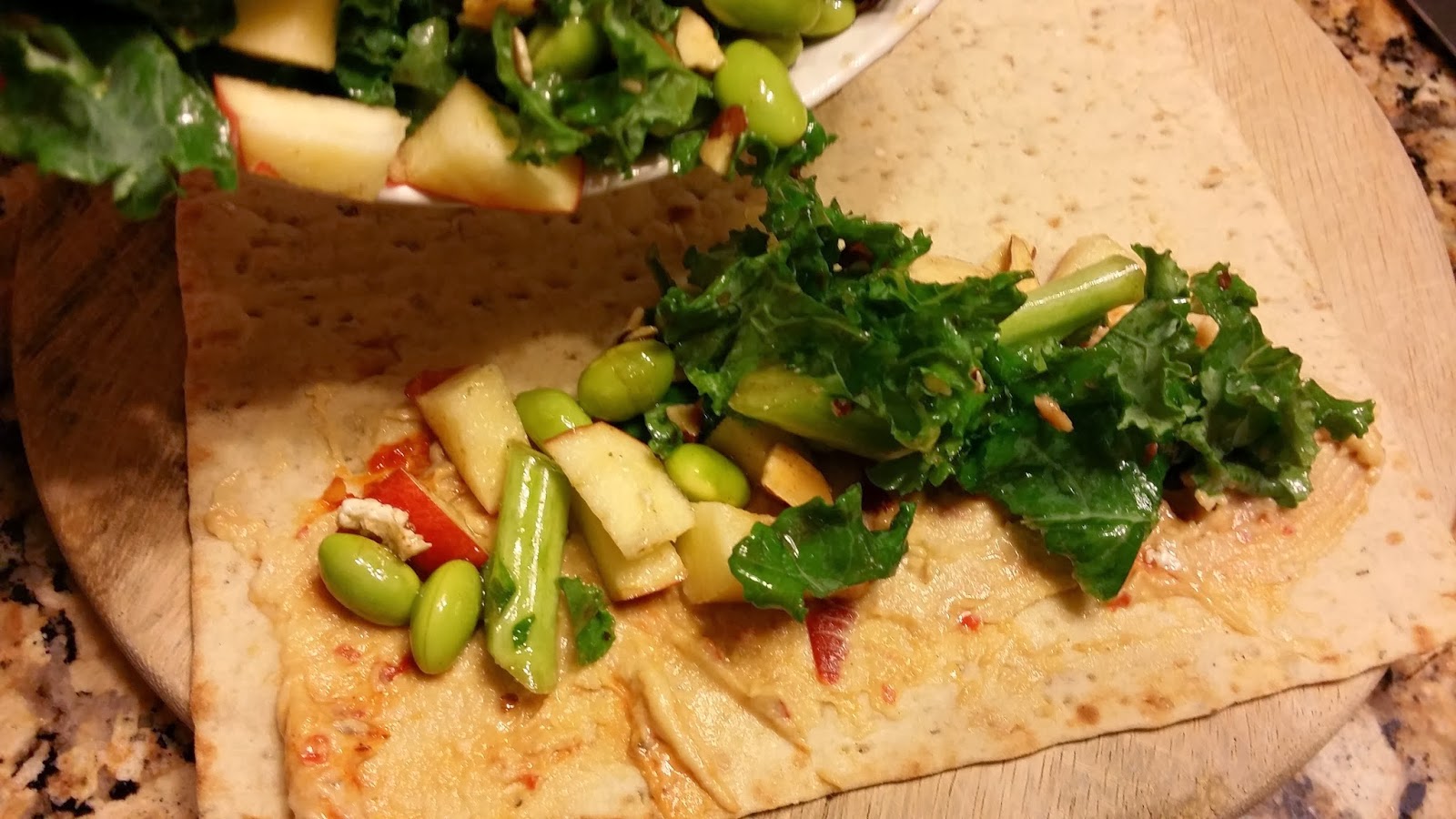 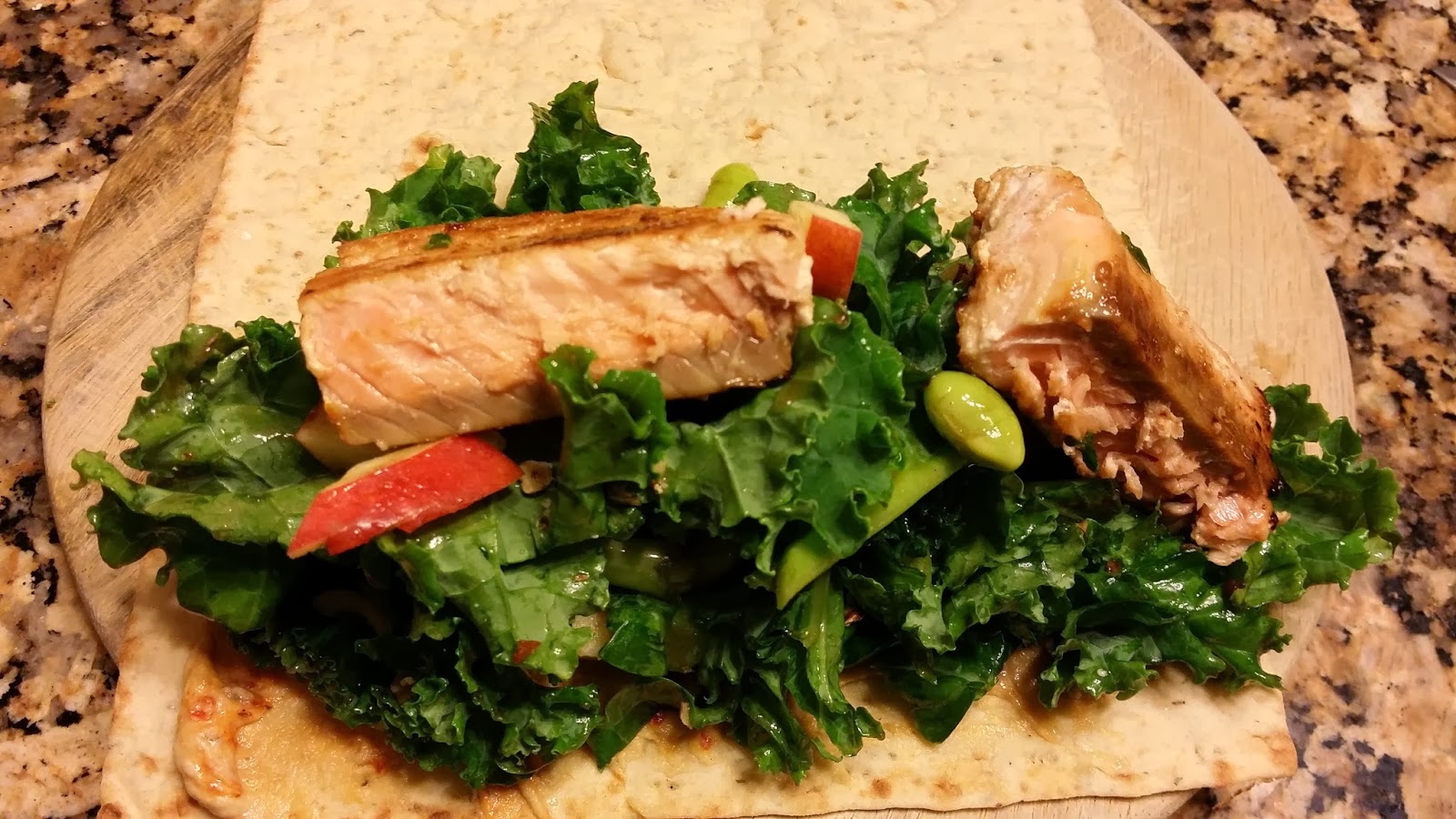 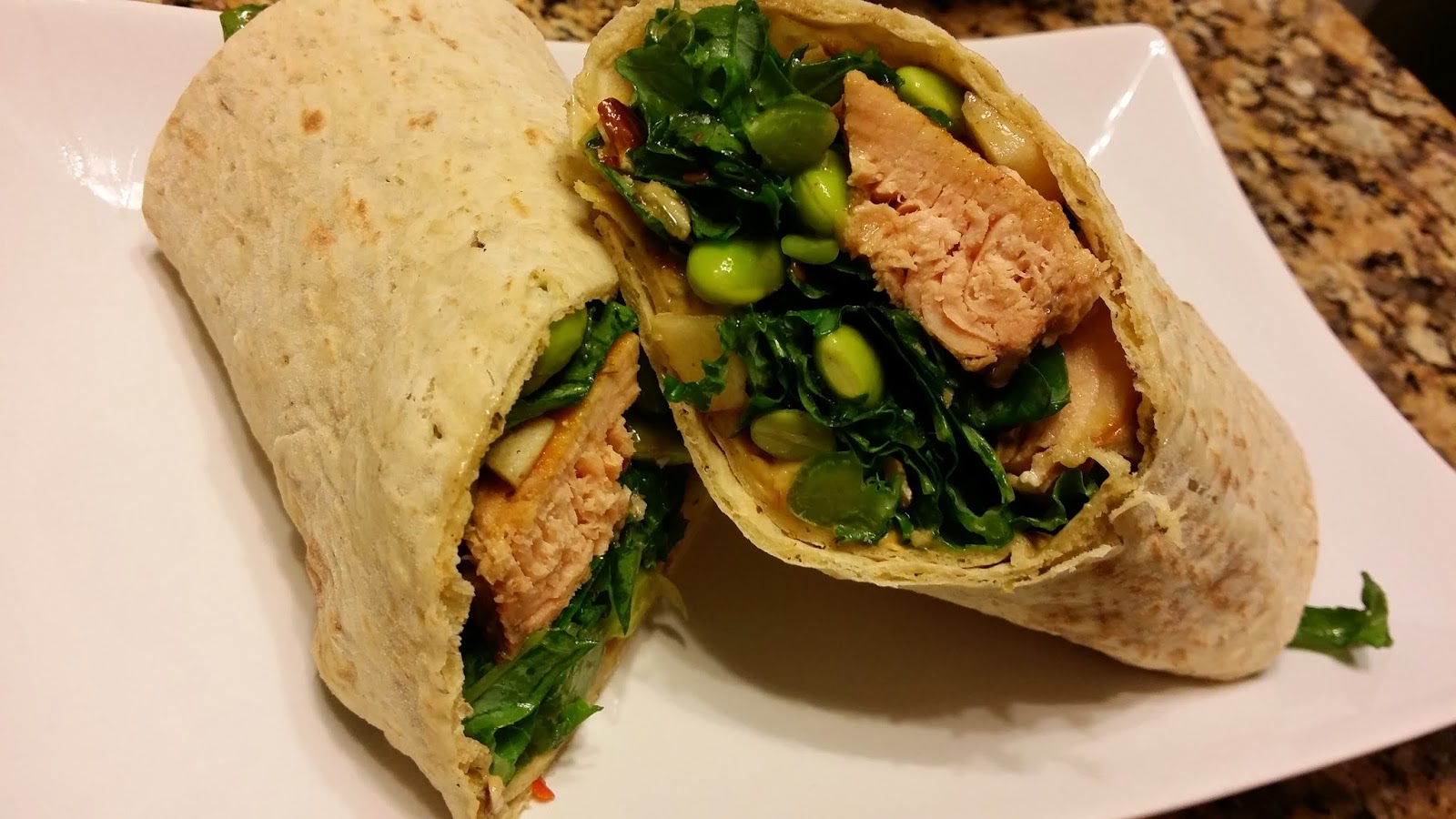 Also, if you want to do less carbs, this dish is also perfect as a salad without the flatbread 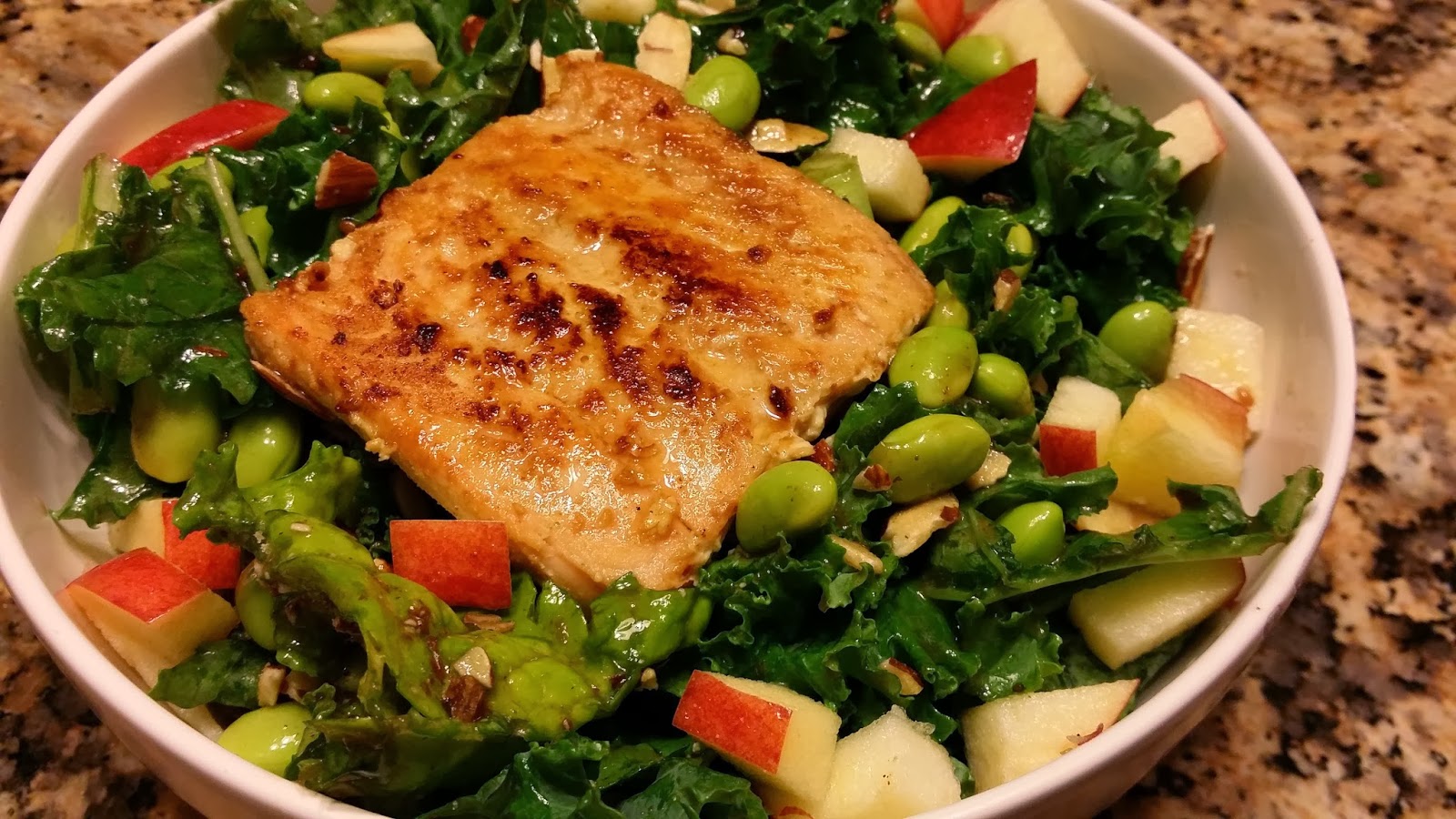