With the snow storm hitting this past week, we were confined to our home for the past couple of days.  We had to get out of the house.

We had errands to run in Nashua so we stopped by Pizzico Risorante & Martini Bar, off of exit 1.  The restaurant is kind of hidden and tucked away on a small thruway in between the 7-11 and the smoke shop.  I've always seen the sign there featuring daily happy hour specials but we never made it in. 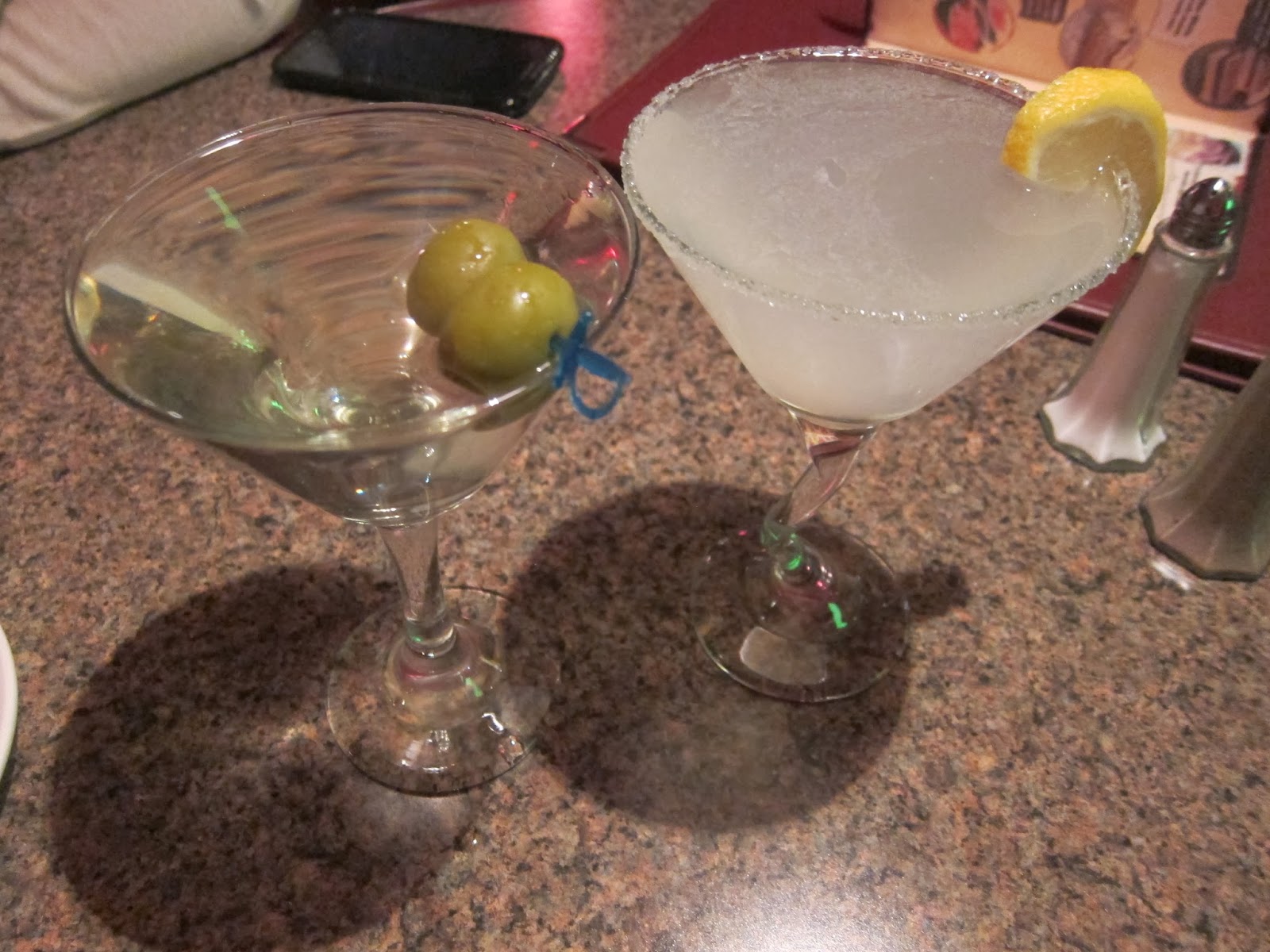 The Mo and I arrived at 4:30 PM thinking it would probably be dead.  I was wrong.  The
parking lot had several cars and the bar area was nearly full with couples ordering off the regular Italian menu as well as some taking advantage of the Happy hour. 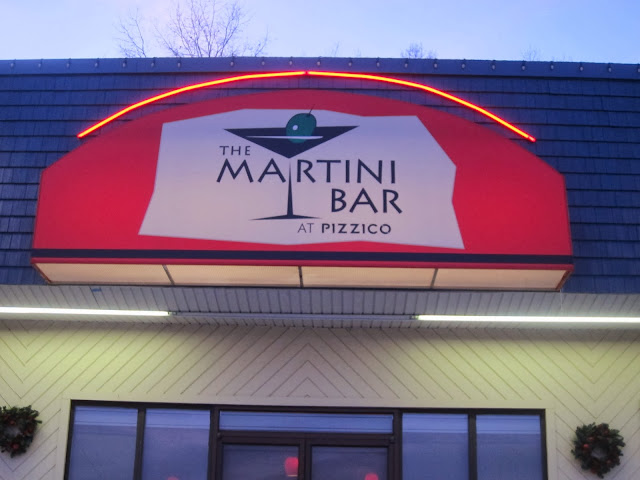 We sat down at the high table tops in the bar area and glanced at the Happy Hour drinks menu.  House wine, margaritas and specific martinis were $5.00 each.  The Happy Hour martini list included Cosmos, Pizzico Punch, Appletini, Lemon Drop Martini and we were also able to get Dirty Martinis or a straight up gin Martini.  Draft beers were $2.99 for a large glass.

After a few minutes, we were greeted by a lounge waitress who had just started her shift.  I wanted to try the Pizzico Punch and she advised that the drink was really sweet and most people are surprised and turned off by the sugary drink.  I'm so glad she told me because I don't do well with sweet drinks.  I was going to order a dirty martini and she suggested trying the Lemon Drop martini since it was made with Absolut Citron, fresh lemon juice and only a splash of Cointreau.

Being the lush that we are, we told her we were going to hold off ordering any food until a couple more rounds.  She brought us our drinks and fresh warm hot rolls with balsamic dipping oil. 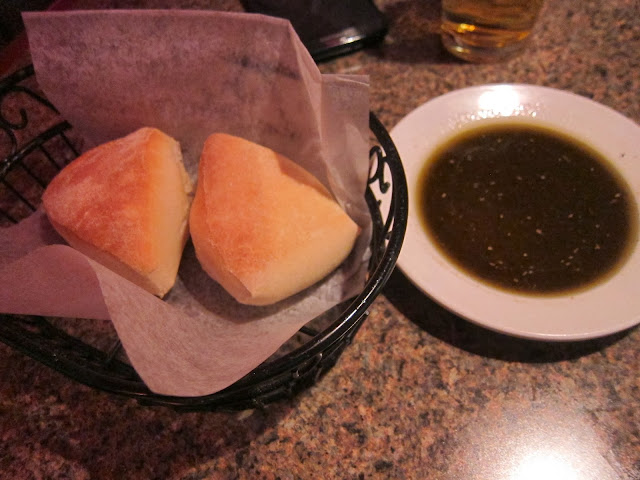 The Lemon Drop martini was perfect.  It was nice and cold and wasn't too sweet with the sugar rim.  I was surprised that the drink was served in a large martini glass and not the smaller ones that are often used at other establishments.  After one drink, I already had a nice buzz. 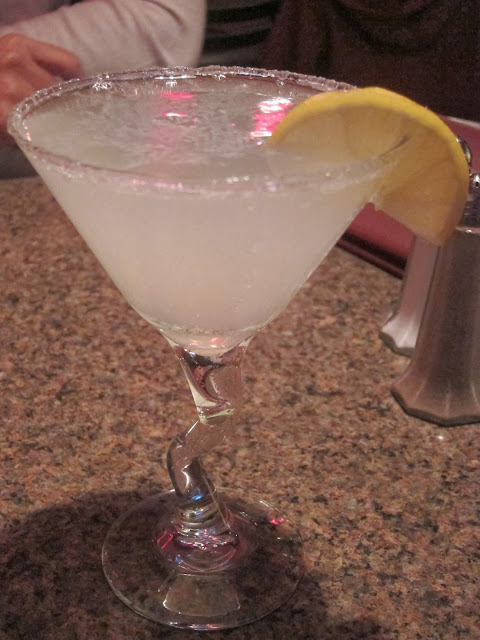 The Mo changed from beer to dirty martinis to try to catch up.  After a couple of rounds, we thought it was time to order food before Happy Hour was going to end at 6:00 PM.  With the exception of 3 appetizers (Antipasto Platter, Appetizer of the Month, Wings) all the ones listed on the menu were $ 4.99 during the special.  There were too many to choose from so the Mo and I settled on the Shrimp/Scallop scampi, fried calamari and spinach and artichoke dip.

The seafood calamari was plated on rolls in a rich butter sauce.  The shrimp and scallops were plump and delicious. 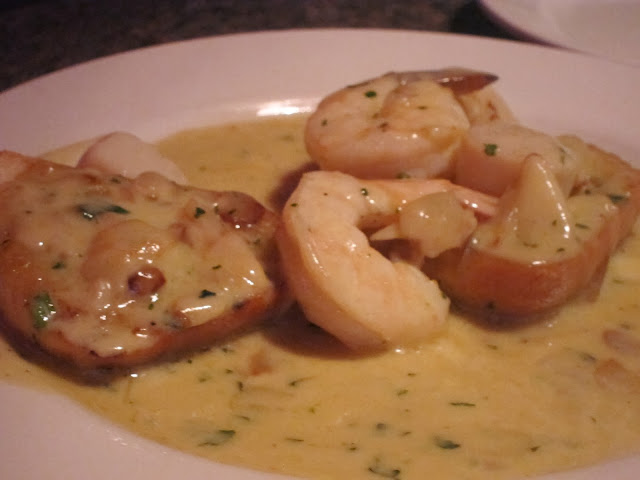 The Mo and I liked their calamari.  I love eating the tentacles and there were plenty of those.  I wish there was tarter sauce in addition to the fresh lemon and marinara sauce. 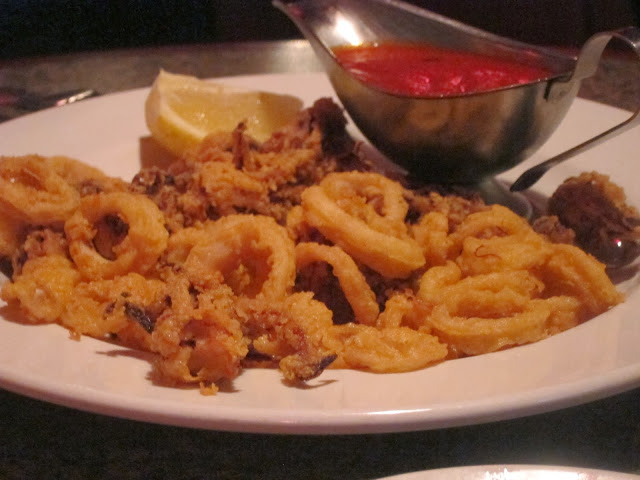 Lastly, the spinach and artichoke dip was just OK.  The chips were warm but seemed like they were just plain store bought chips. 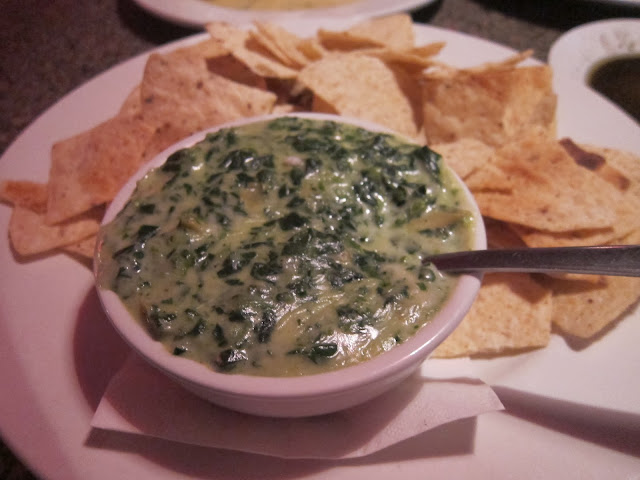 For 5 martinis, 1 beer, and three appetizers, our total bill including tax came out to $ 47.00. I thought that was fantastic, considering the drinks alone could have cost that never-mind the food.

We will definitely be back and try out the other appetizers like their fried mozzarella and arancina balls.