For the Patriot's vs. Colts playoff game, a large group of my friends and coworkers headed to the Scoreboard in Woburn, MA.  Despite arriving almost 3 hours before the game, the bar was already at max capacity with fans in Pat's gear sharing appetizers and washing them down with ice cold ones at the advertised 'Tailgate Party."  There were all sorts of food and drink specials and free wings would be served during half time.  They had me at "Free Wings." 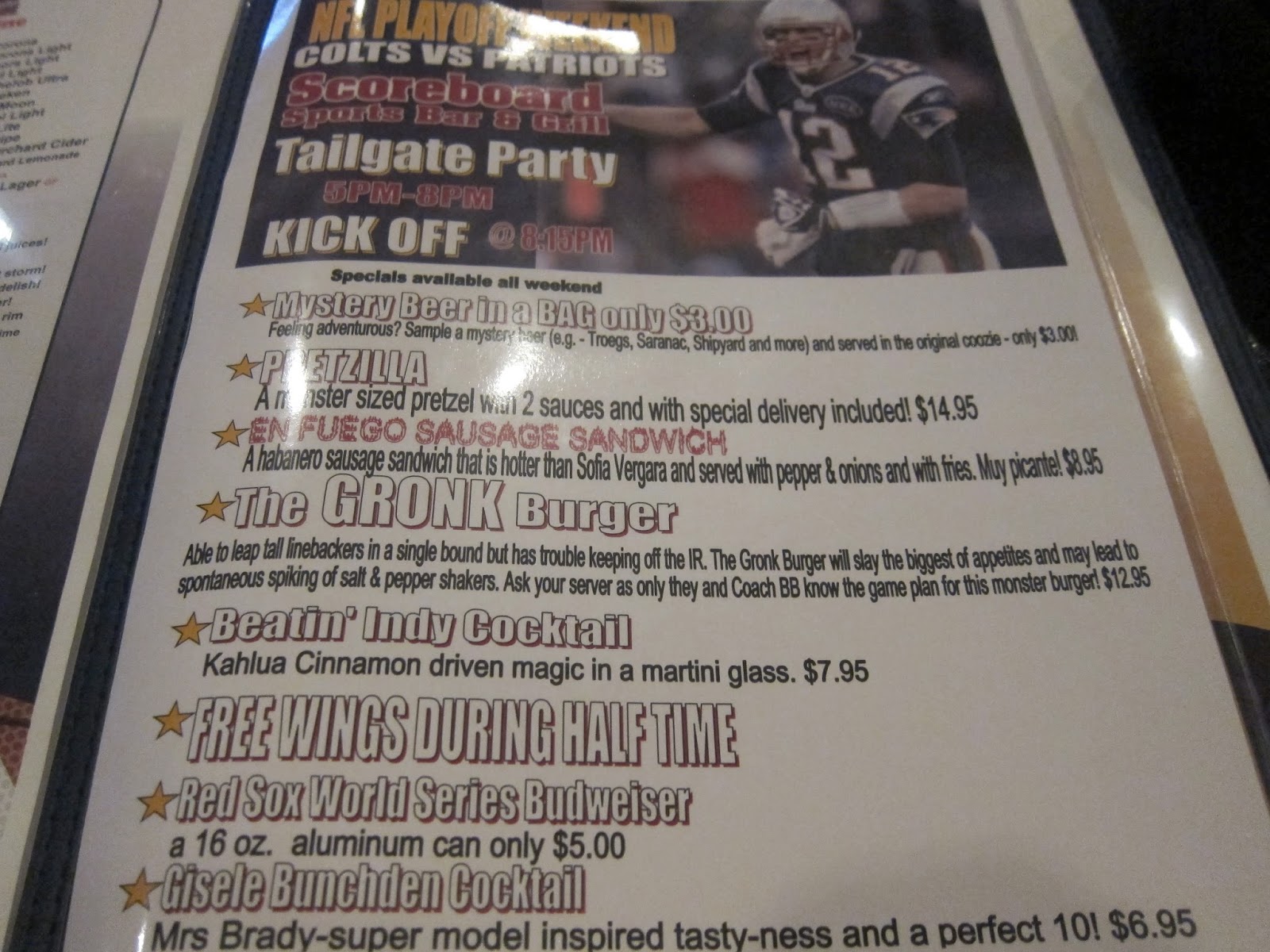 We opted for the back dining room, since that was the only place we were able to sit and the servers quickly brought over freshly popped popcorn and took our drink order. 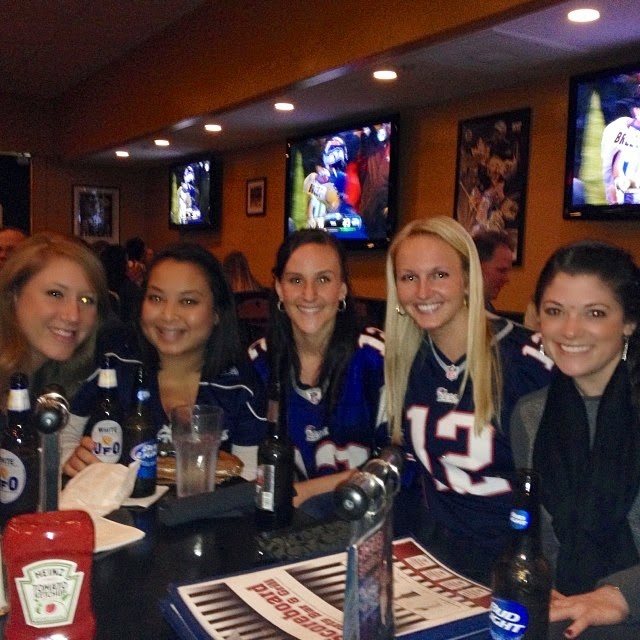 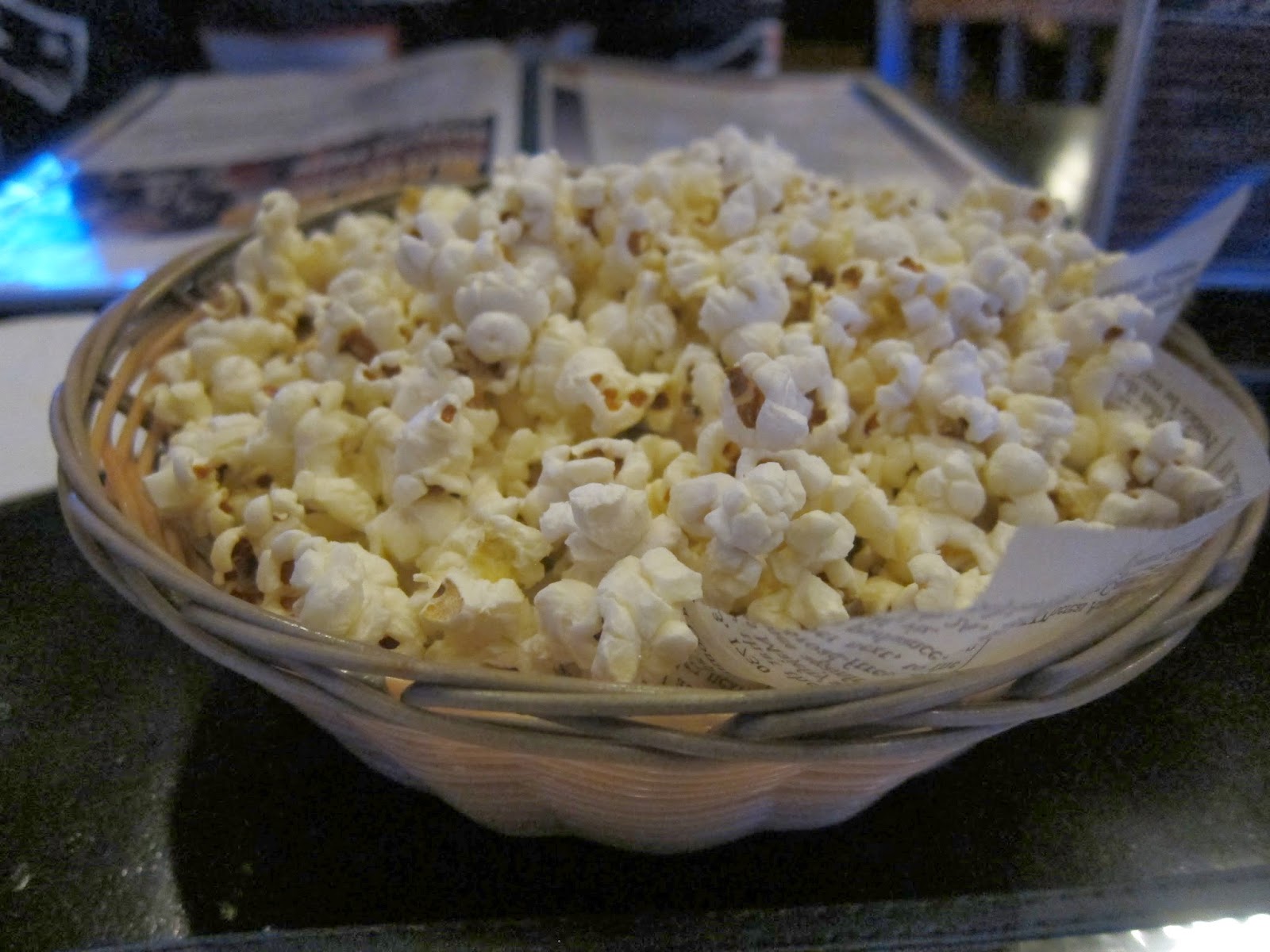 Matt and The Mo were feeling adventurous and ordered by the "Mystery Beer in a Bag" for $ 3.00 each. The beer bottle was served in a brown paper described as the "Original Coozy." 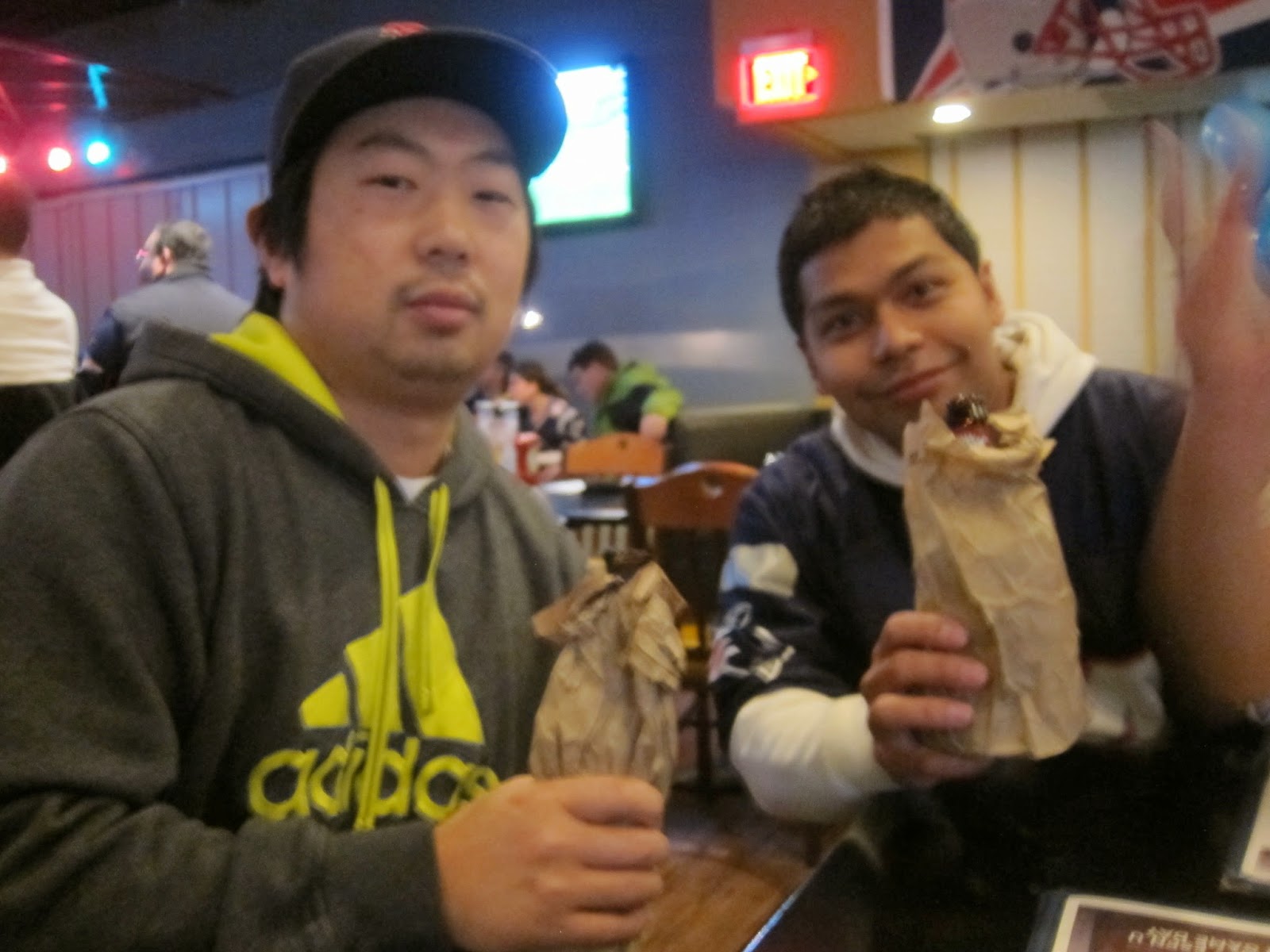 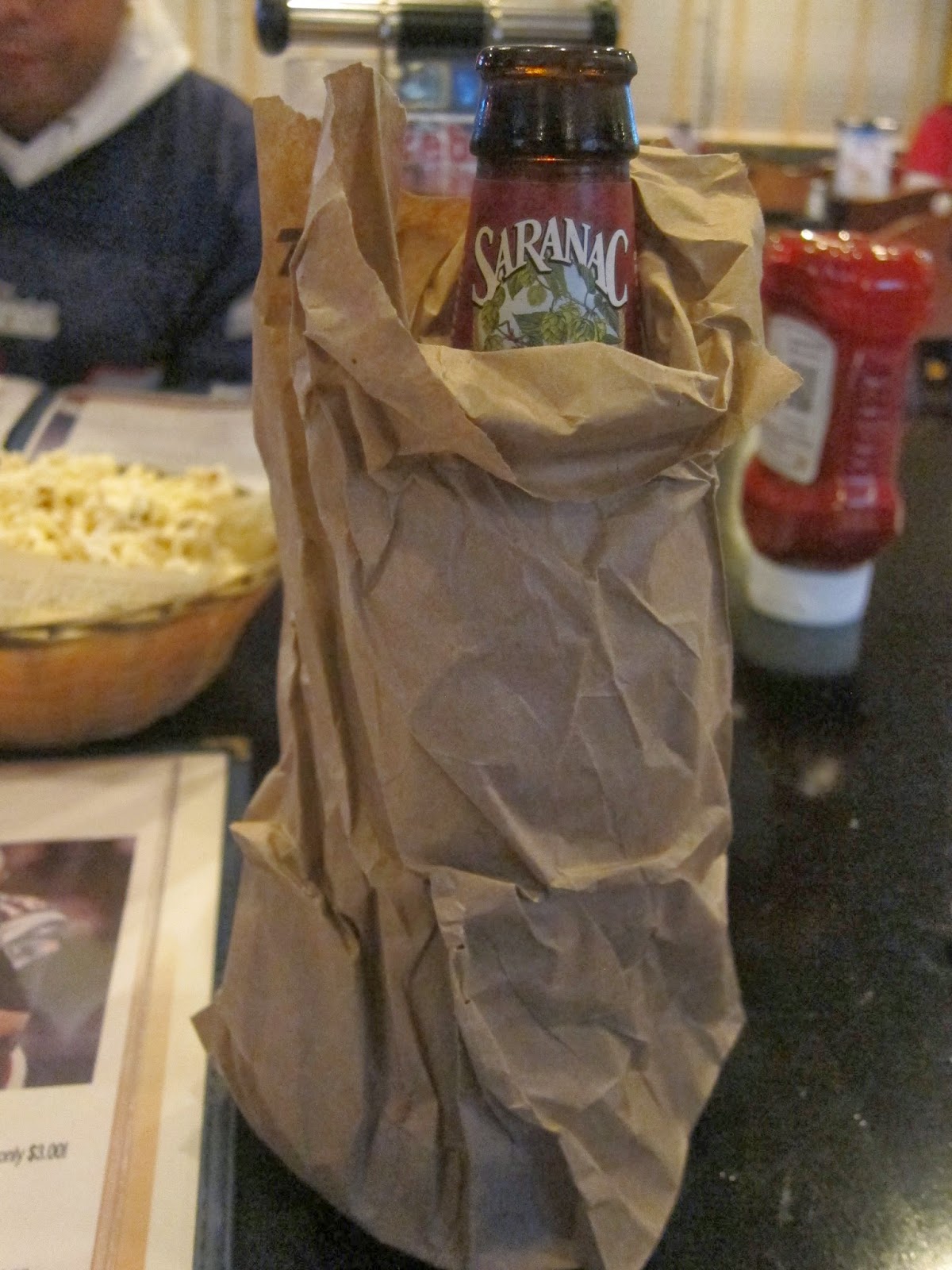 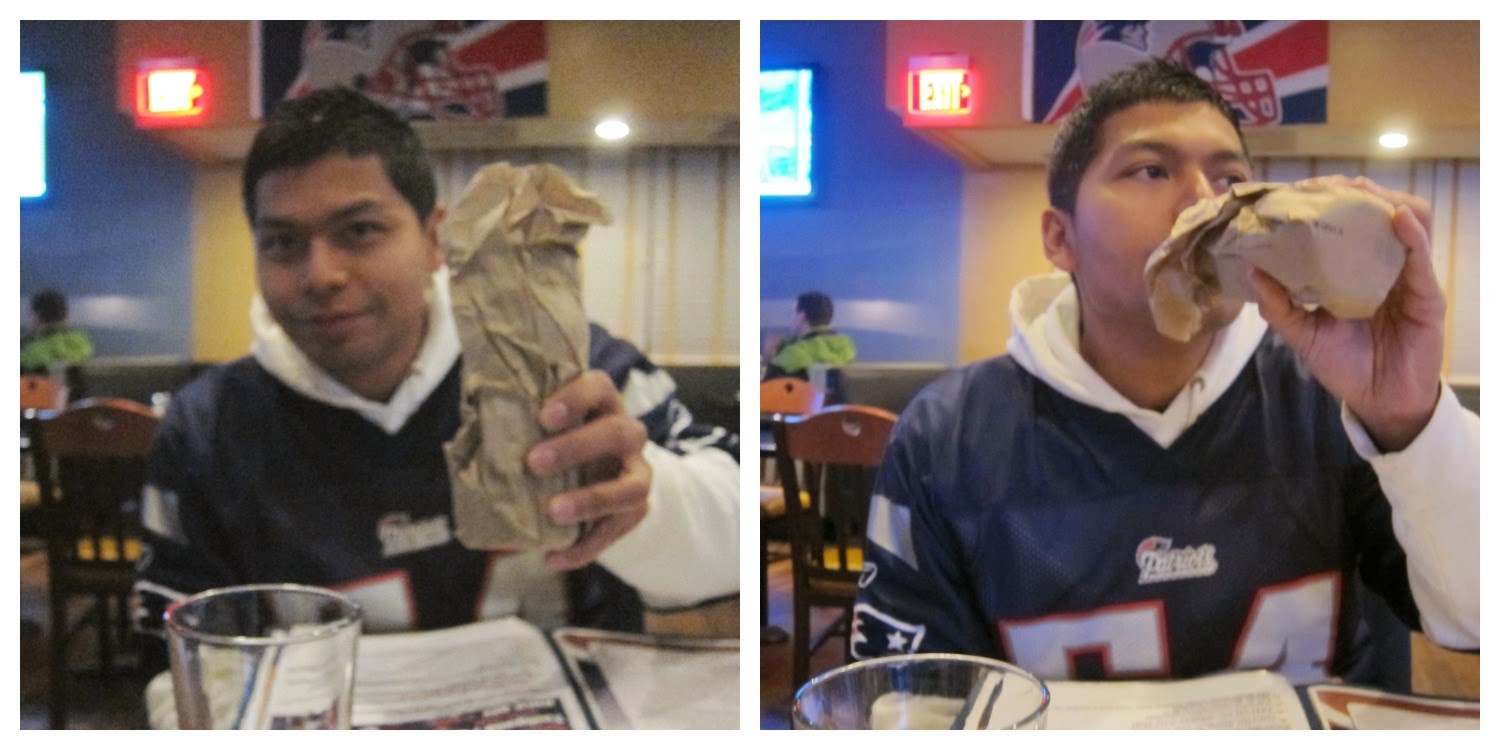 Described as being "Hotter than Sofia Vergara", Matt indulged in a En Fuego Sausage sandwich. 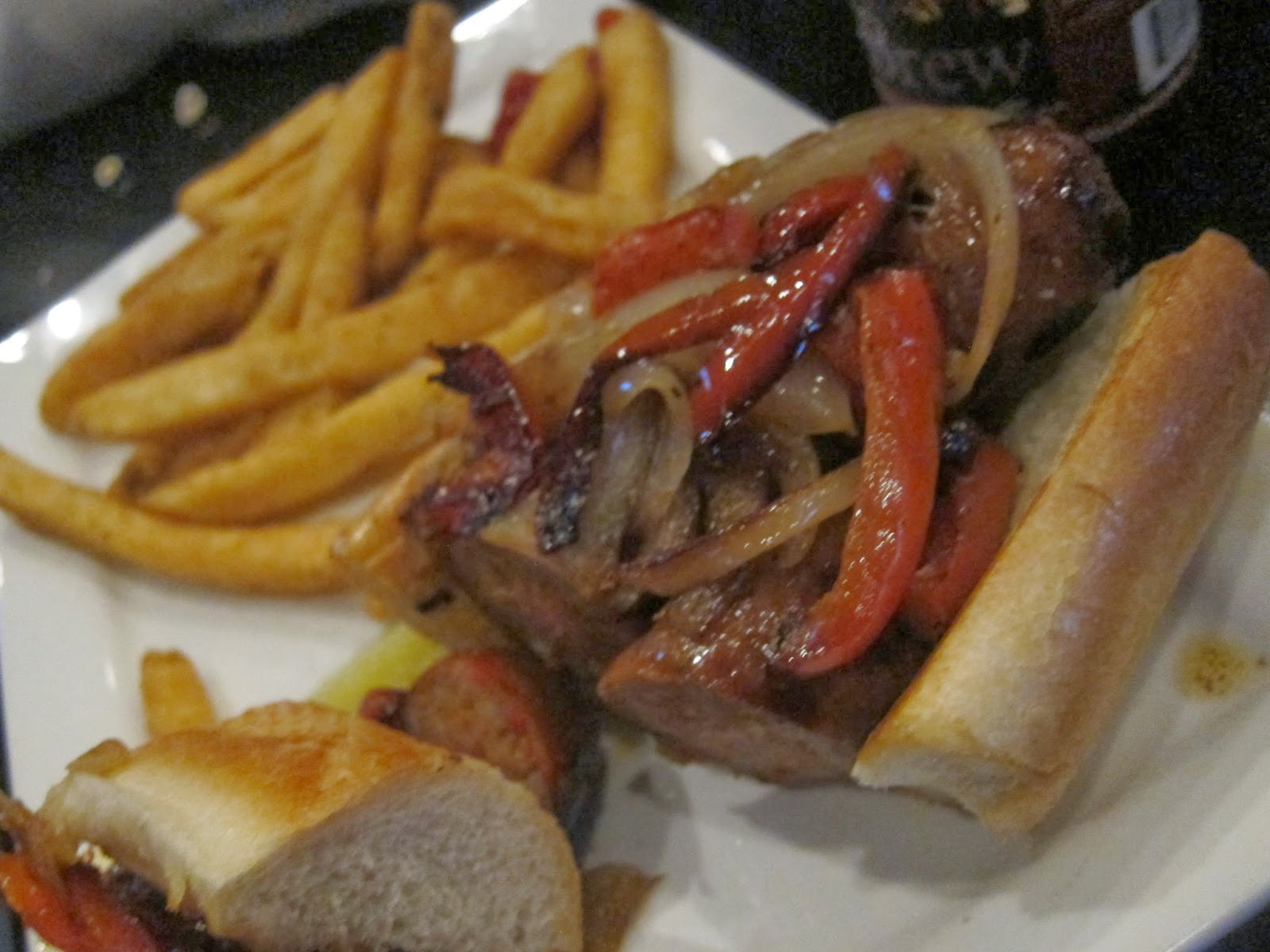 Kickoff finally arrived and the game got going.  The beer was flowing and the crowd was cheering.
It's probably one of the best sports bar that I've ever watched a game in. 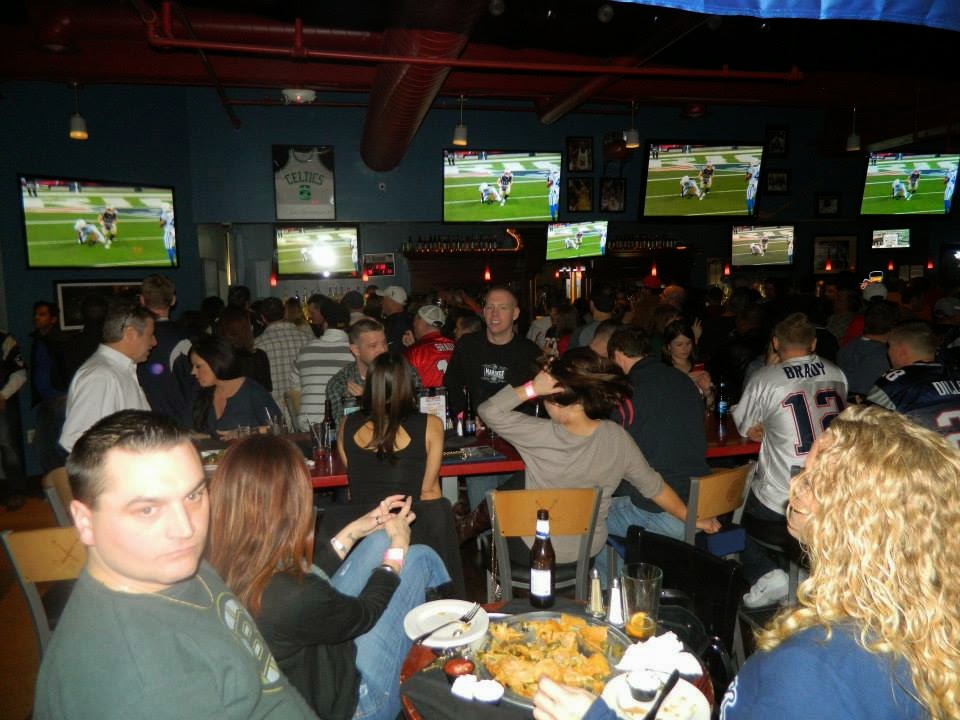 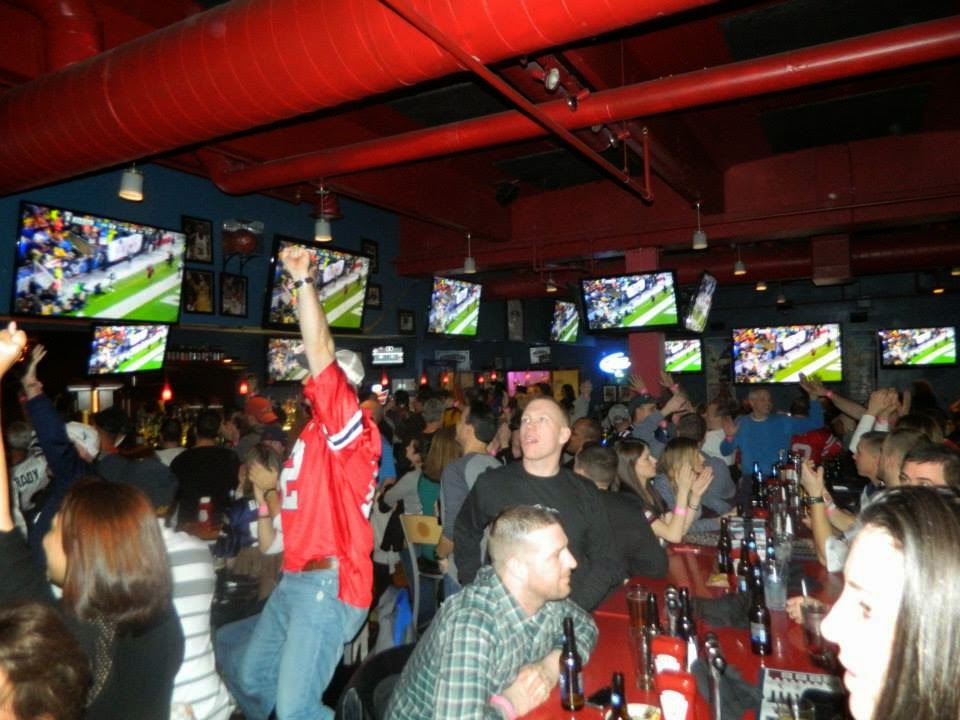 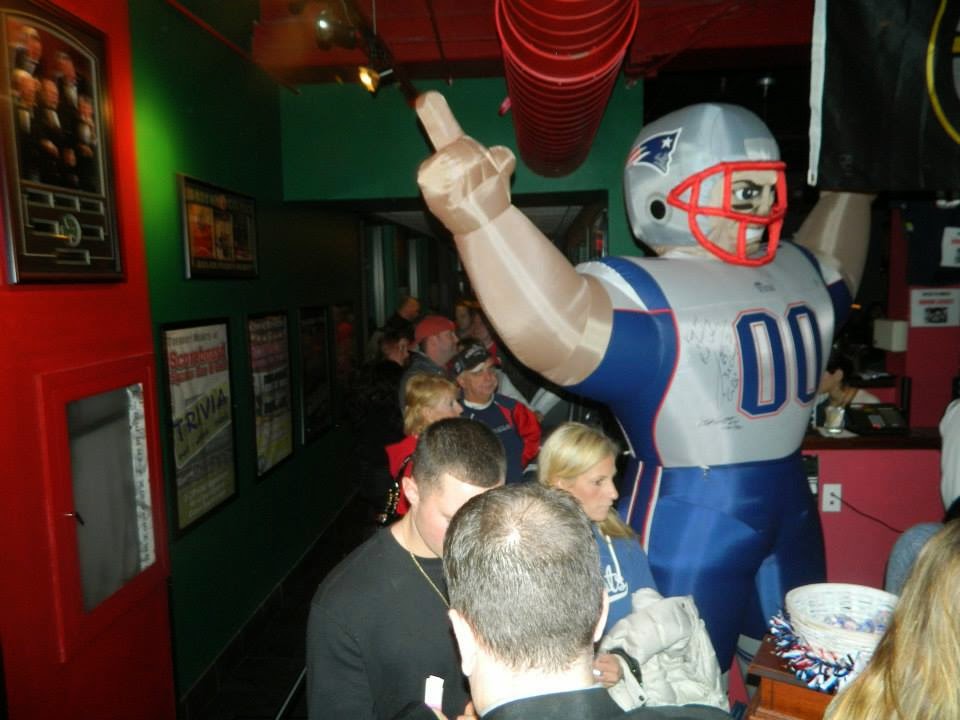 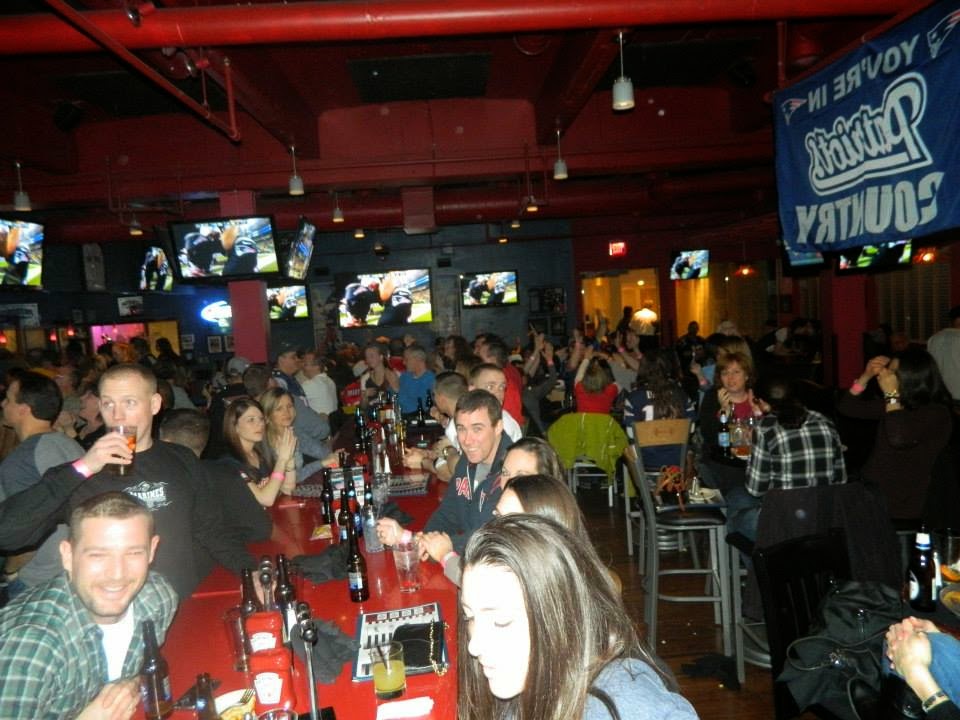 We split a "Pretzilla" a monster sized pretzel with 2 sauces.  It came in its own pizza box. It was HUGE! (that's what she said) 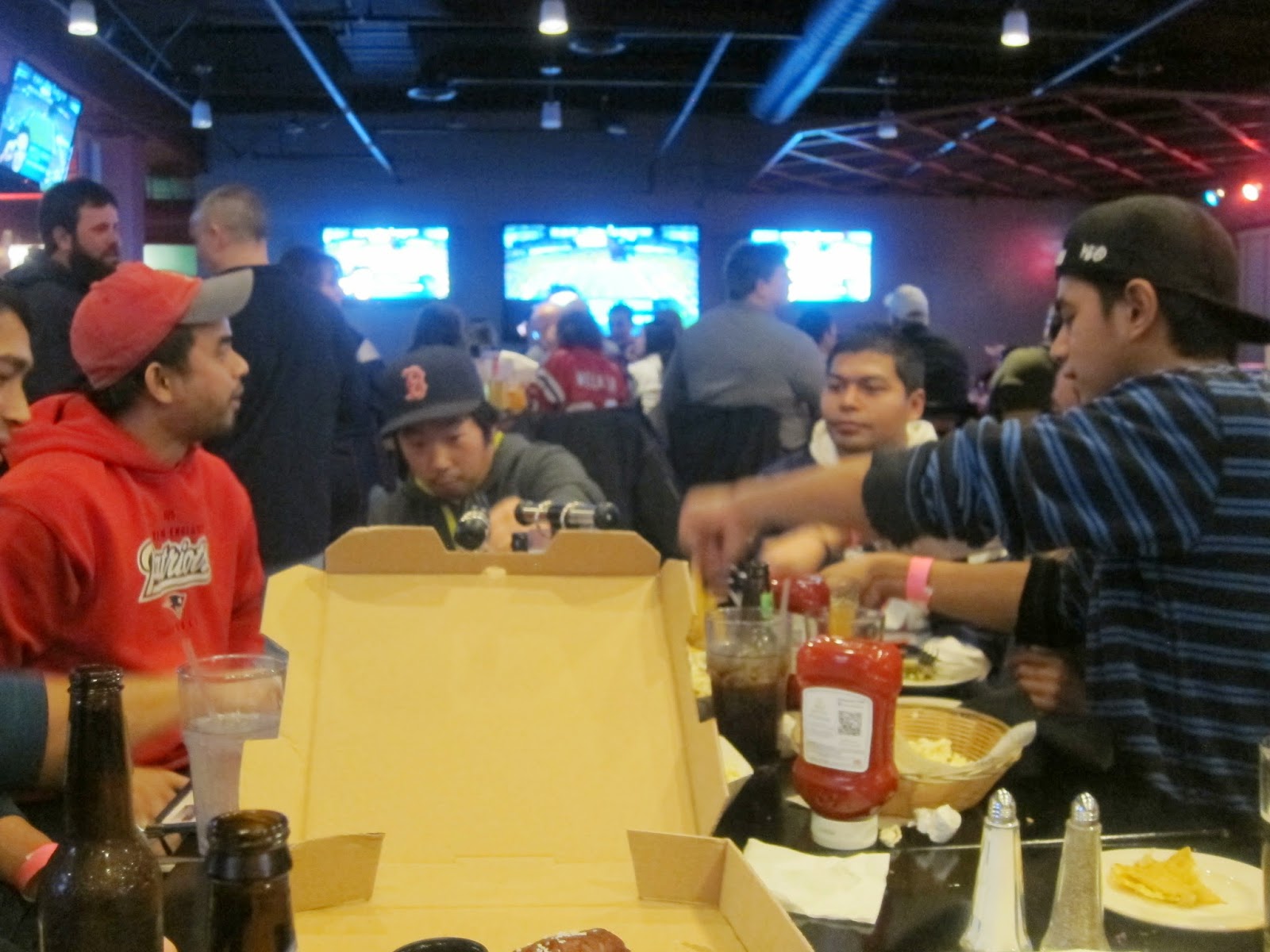 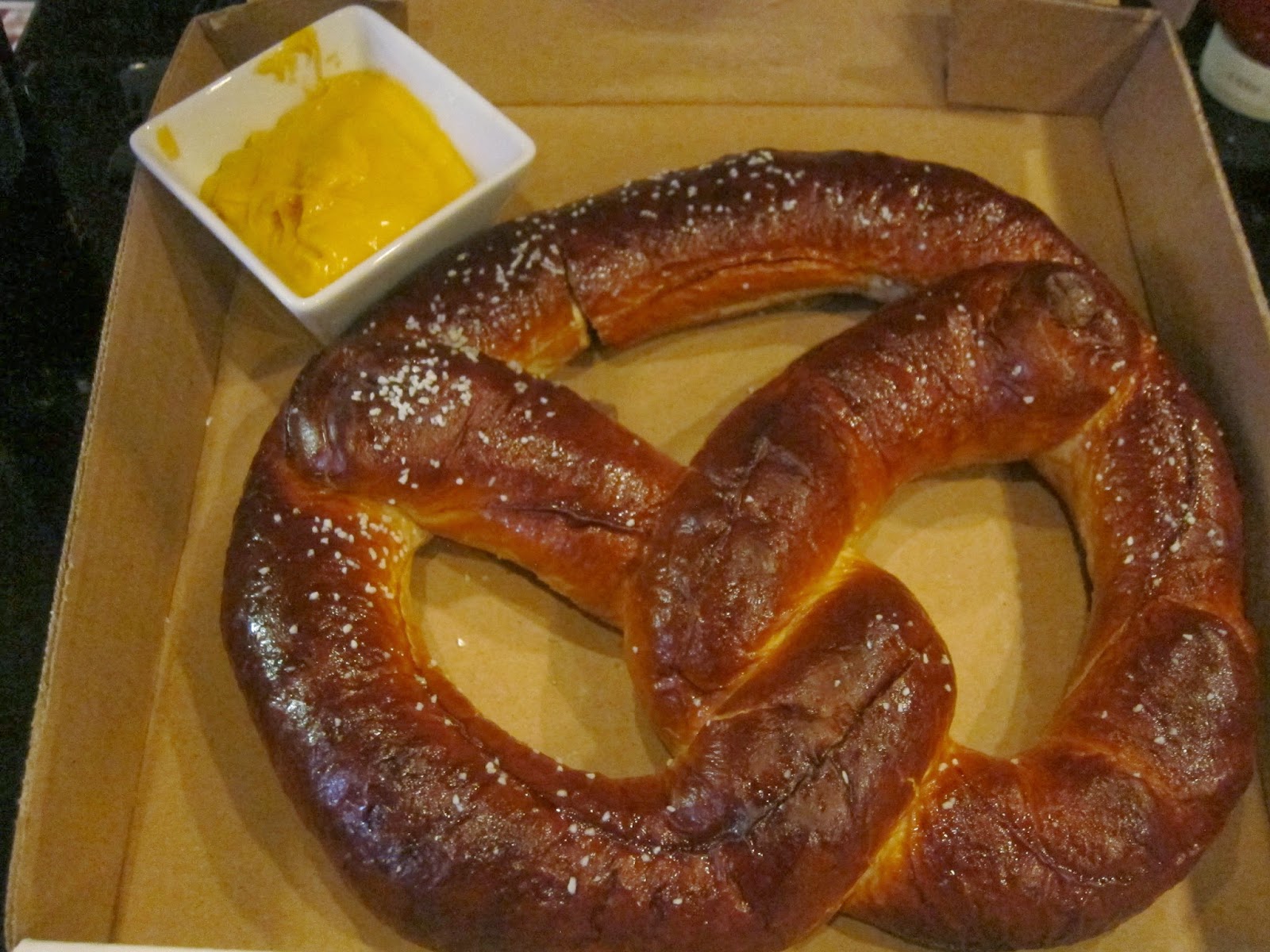 Of course we had to get the nachos! 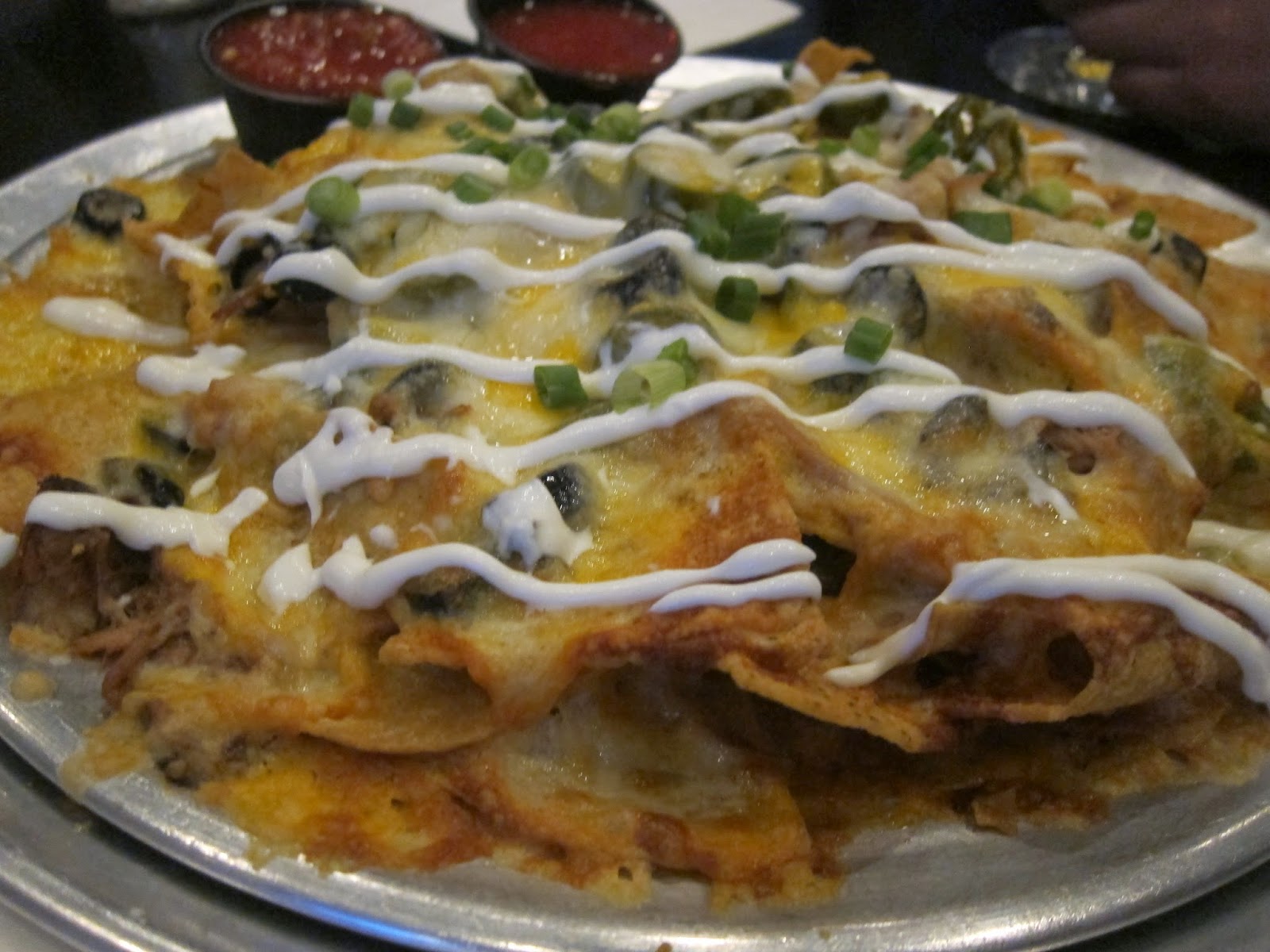 We were happy campers 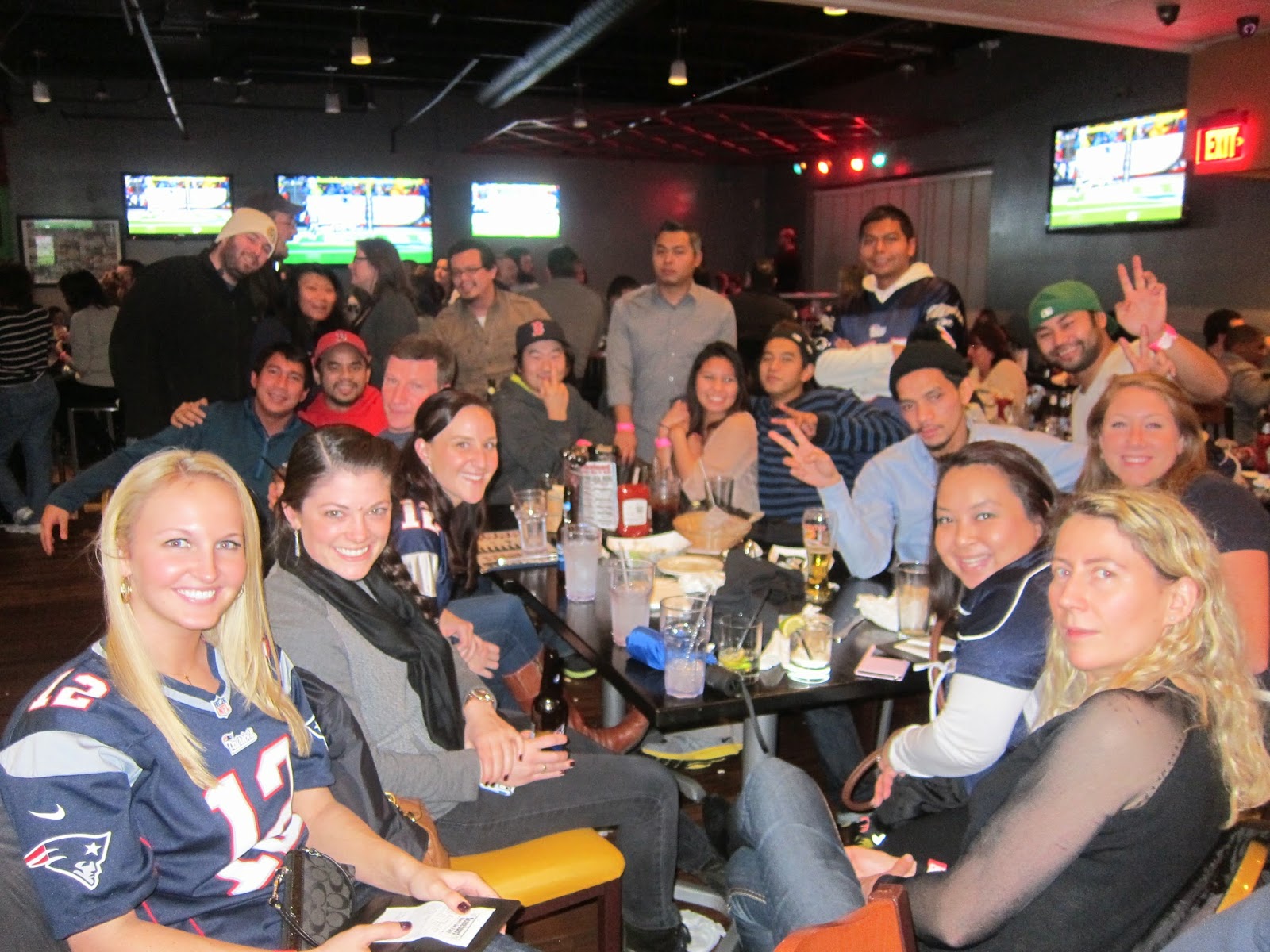 We've been there on other occasions and the food is also good and priced right.