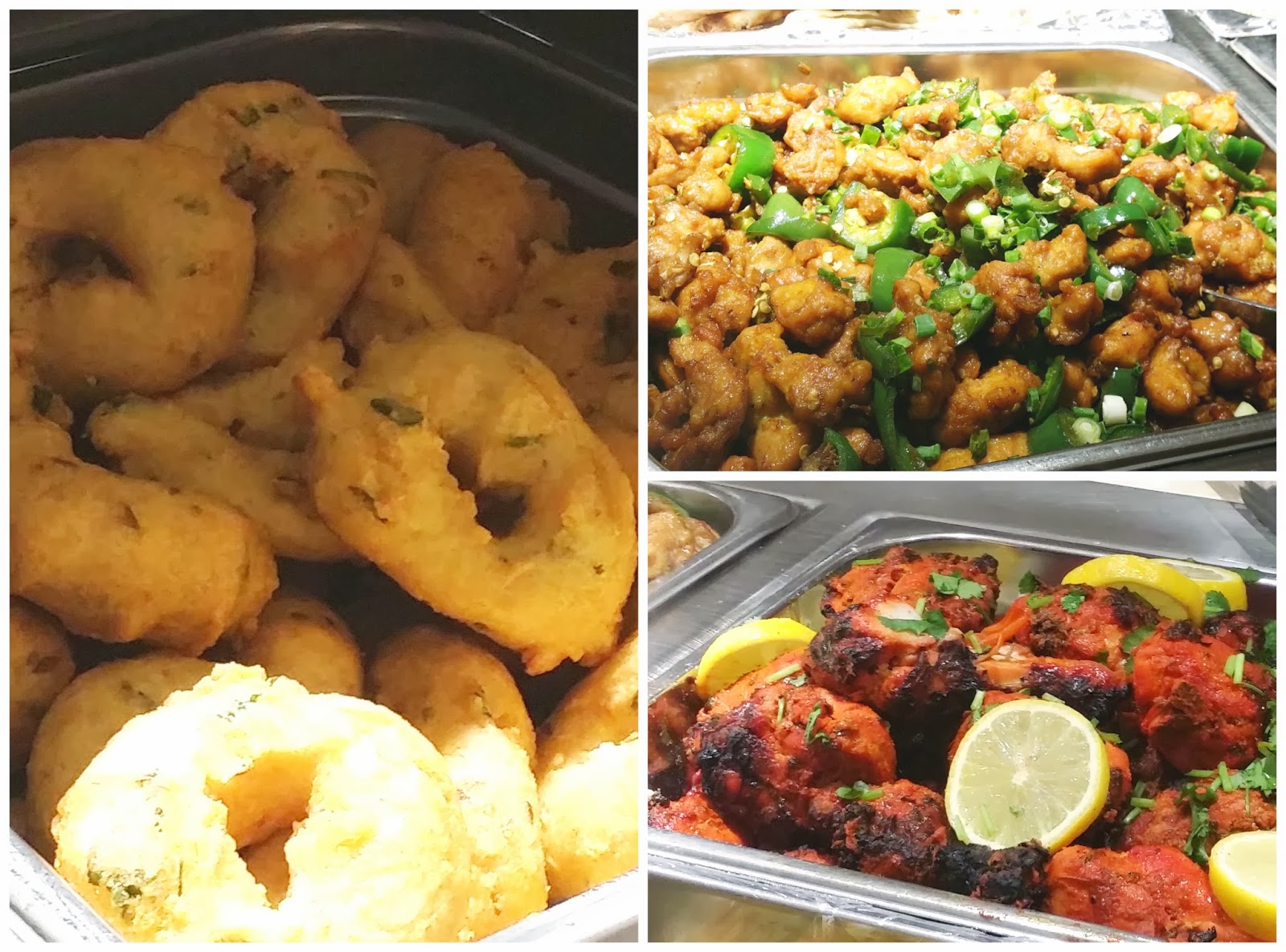 The Mo and I wanted to grab a quick Indian meal after our workout so we headed to Priya Indian Cuisine on 1270 Westford Street in Lowell (more like Drumhill).  It's a convenient restaurant for us to get our Indian fix and the prices are reasonable at $ 12.99 for their weekend lunch buffet that is served between noon and 3:00 PM.


The restaurant is located in a small strip plaza off the main road and parking is limited on the weekends, competing with the nearby restaurants and salons in the same building.  Priya is located on a sub level floor where you have to descend a couple flights of stairs to get to.  The space used to be a Cambodian restaurant/nightclub called New Paradise many years.

The decor of the restaurant is on the simple and basic side with just a couple of flat screen TV's showing Indian movies.  Since the restaurant is located beneath the building, there are no windows.  There is a separate banquet/party room attached that caters birthday parties and other festive celebrations. 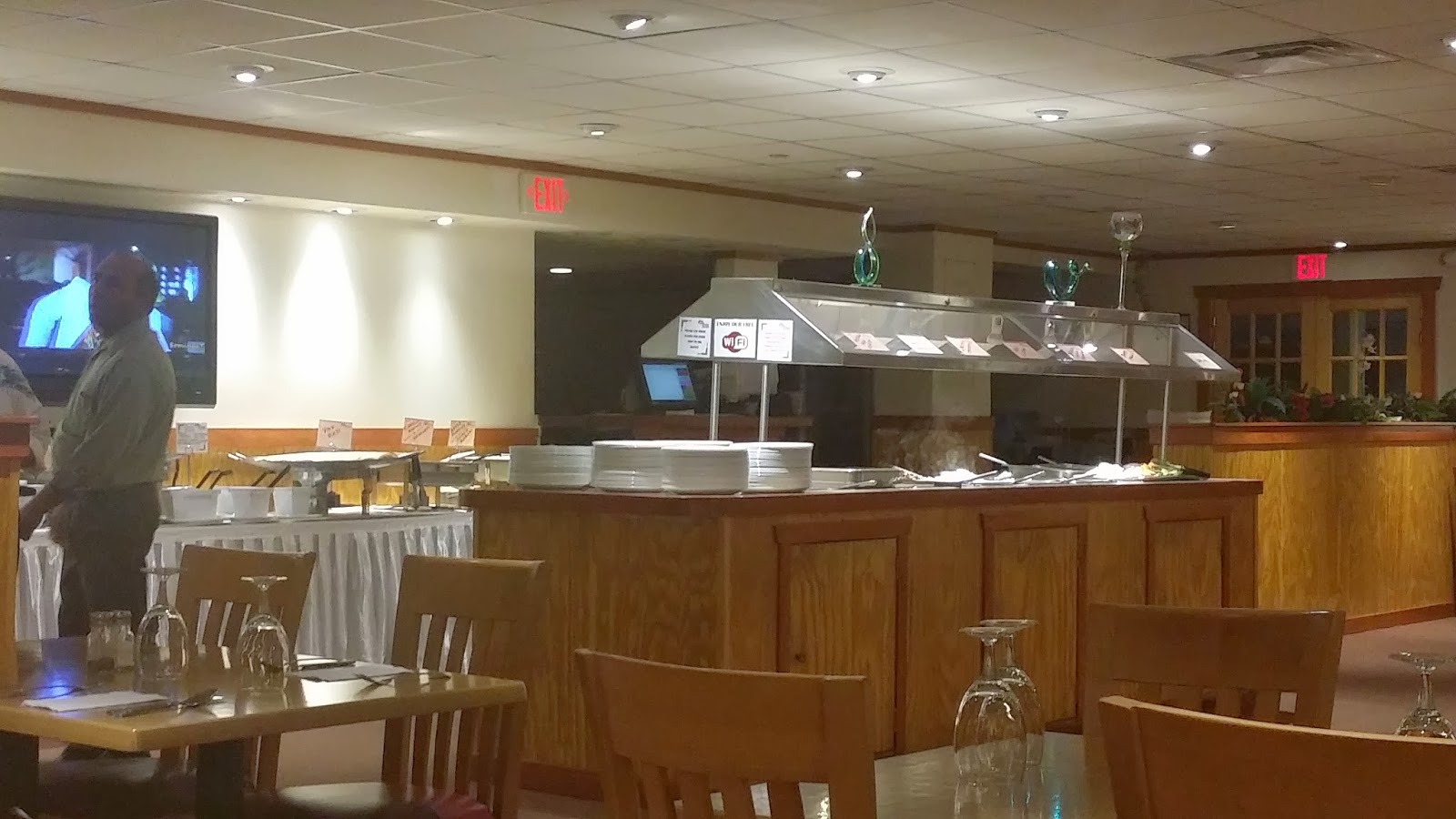 The Mo and I was the first one at the restaurant arriving exactly at noon.  The waiter poured our water glasses and asked if we were doing the buffet.  We headed over to the side tables and main buffet station to scope out the goods.  I liked that there was a variety and it wasn't the same dishes all the time.  There was a great mix of vegetarian and meat dishes to satisfy both appetites. 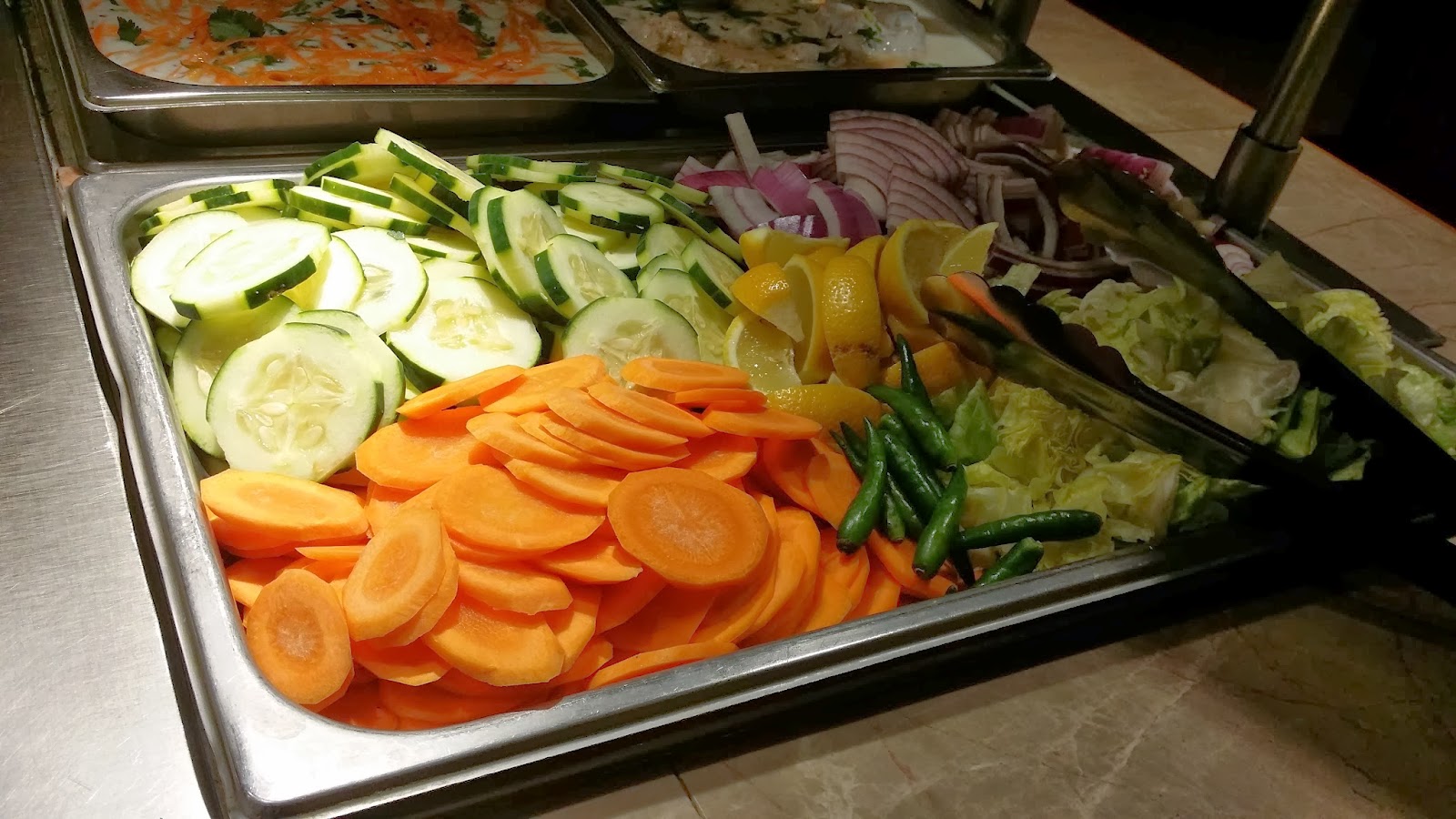 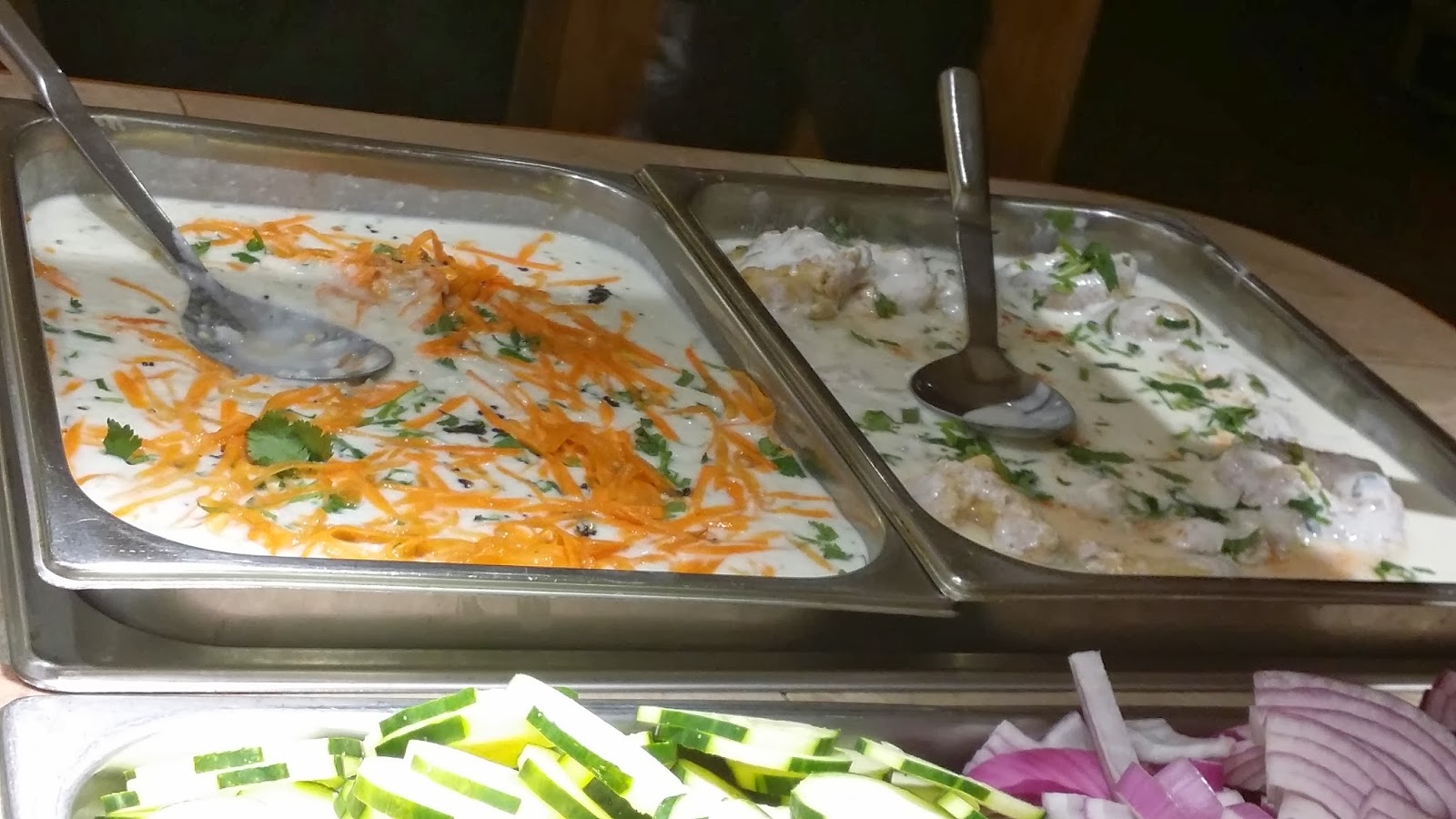 There were some familiar items such as the chicken biryani and tandoori chicken but also unique Indo-Chinese dishes such as the Majestic Chicken which resembled a Chinese crispy salt and pepper chicken dish with jalapenos.
After we got appetizers of idili, palak spinach bonda and spicy lentil "sloppy-joe" like sandwiches, the waiter asked if we wanted dosas.  Of course we did, those are my favorite! 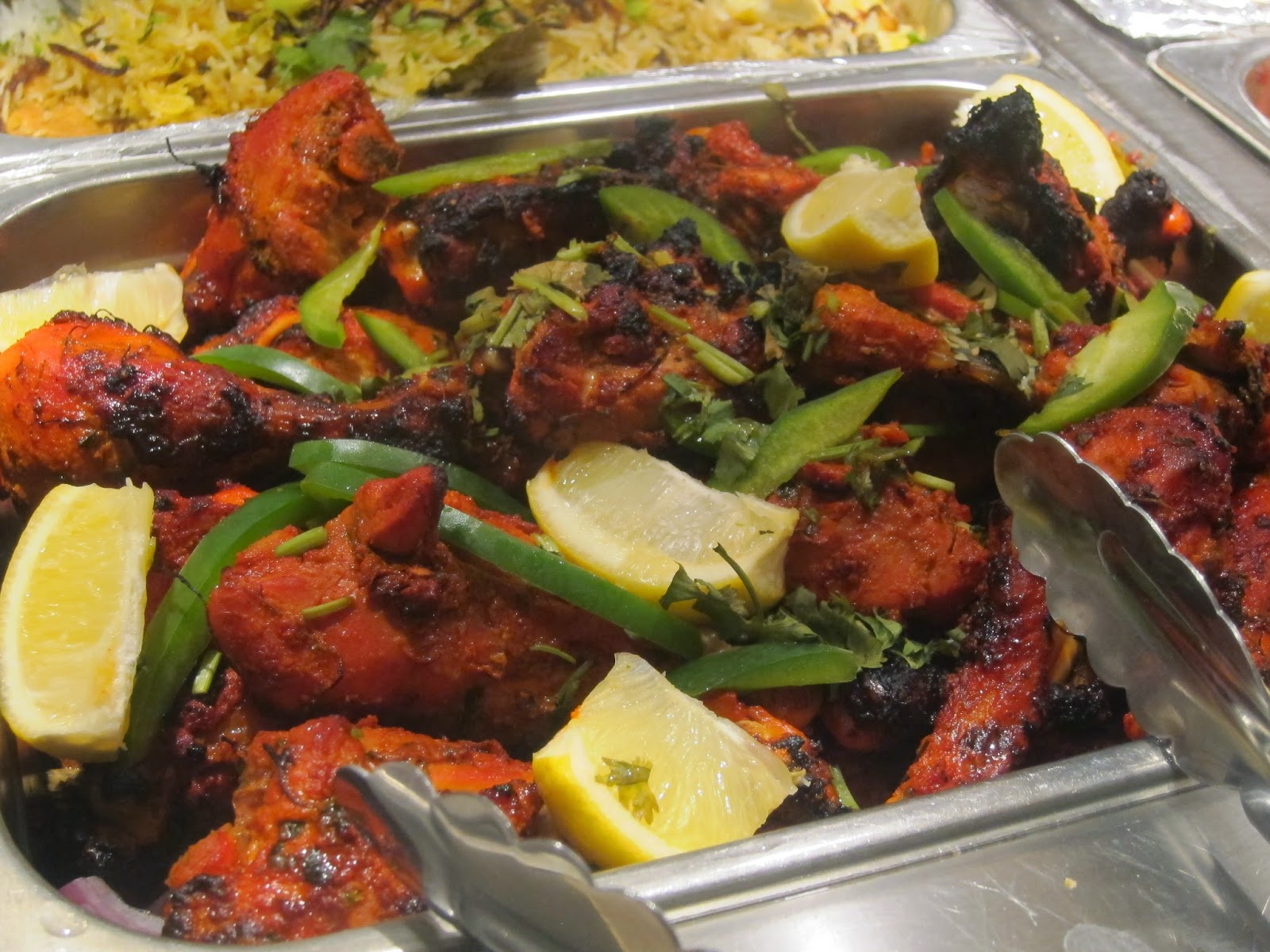 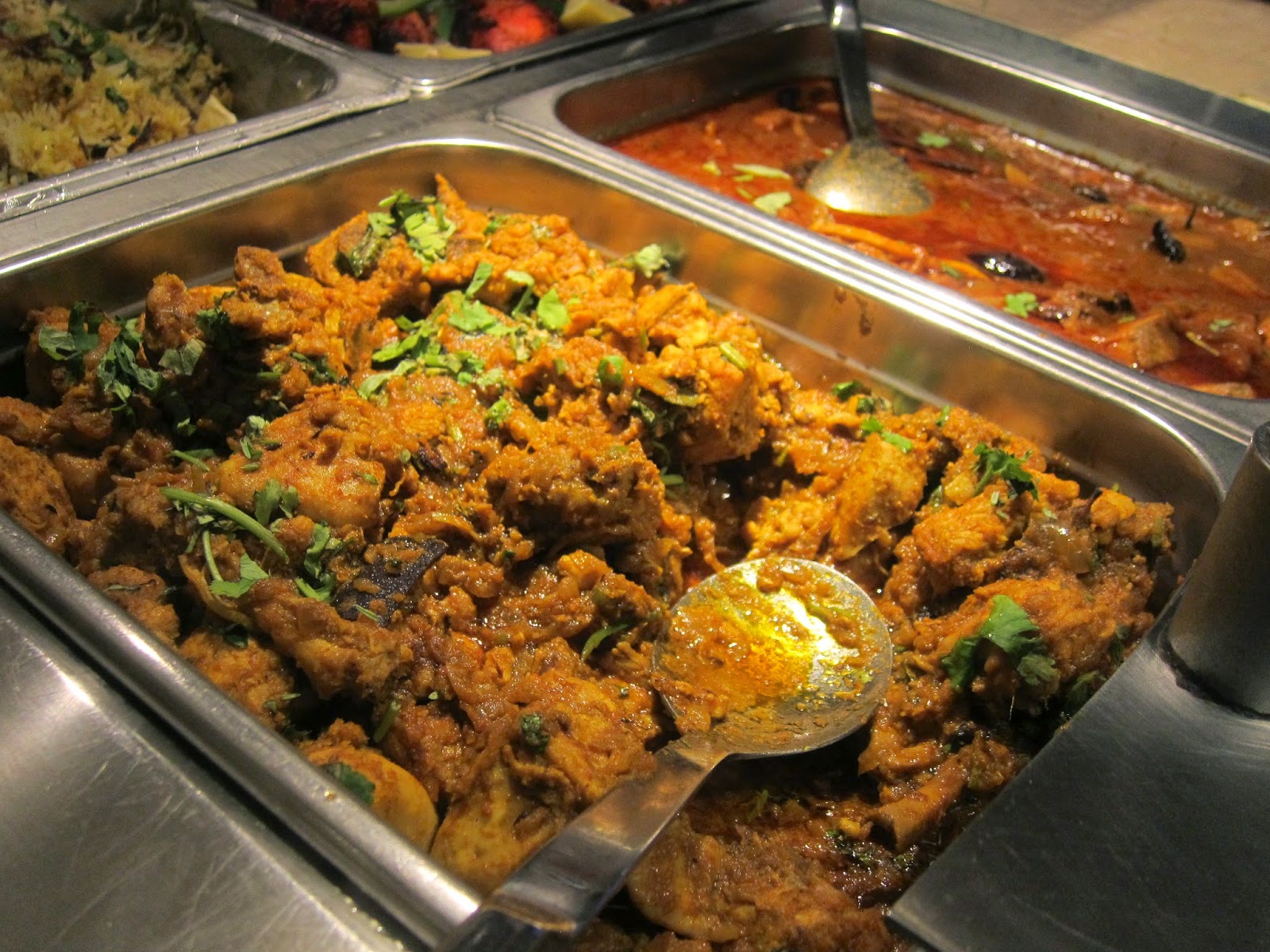 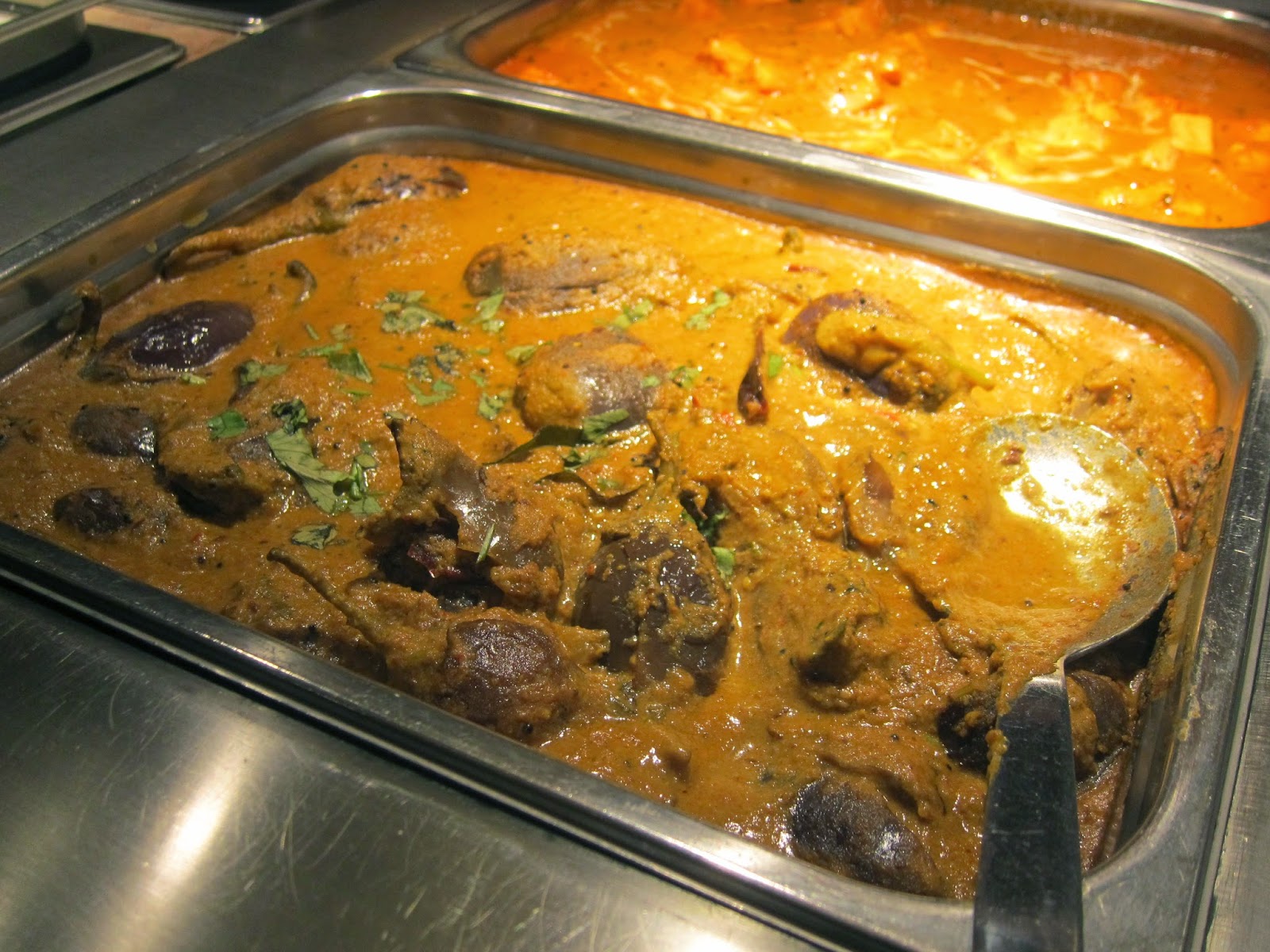 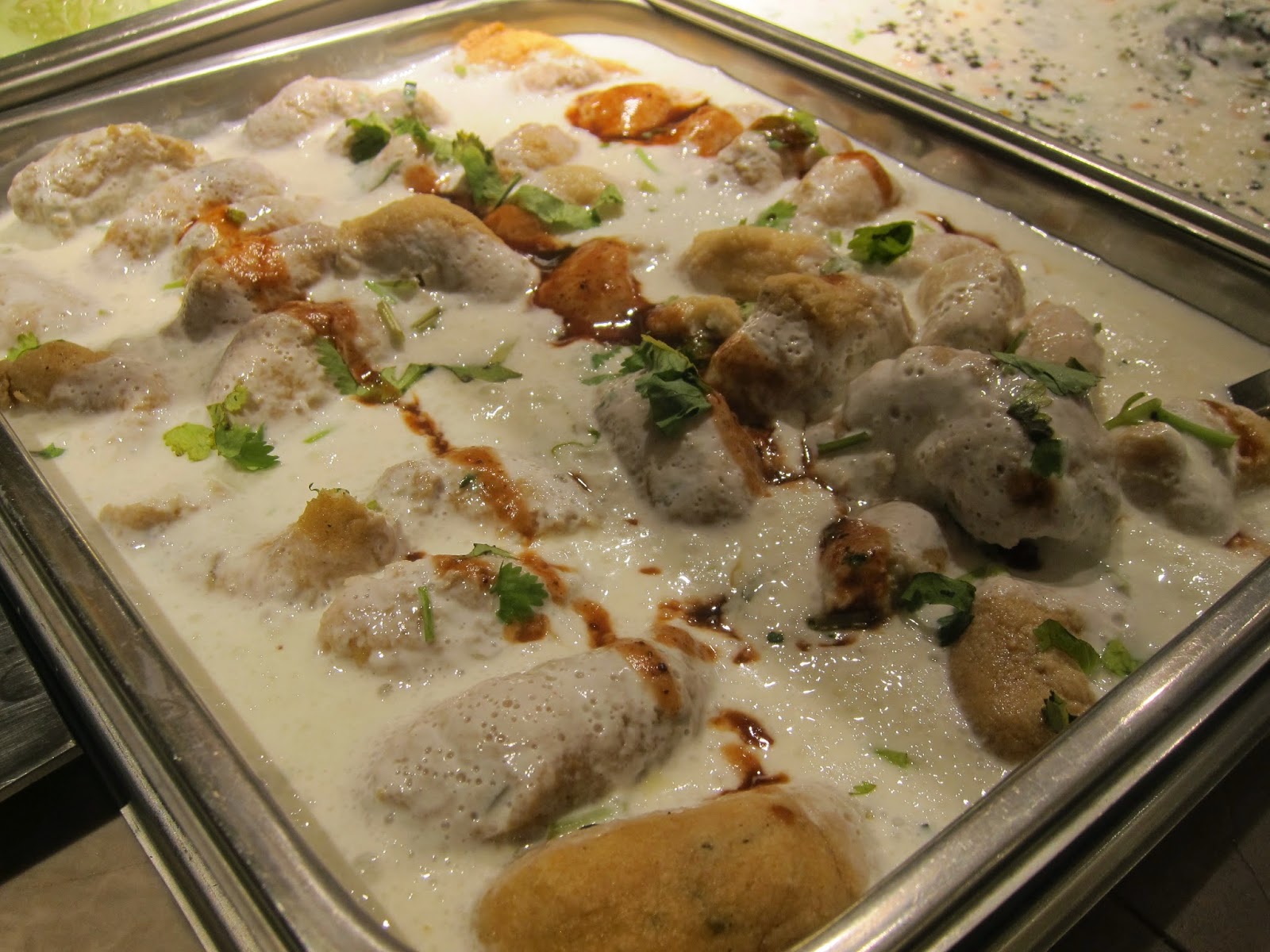 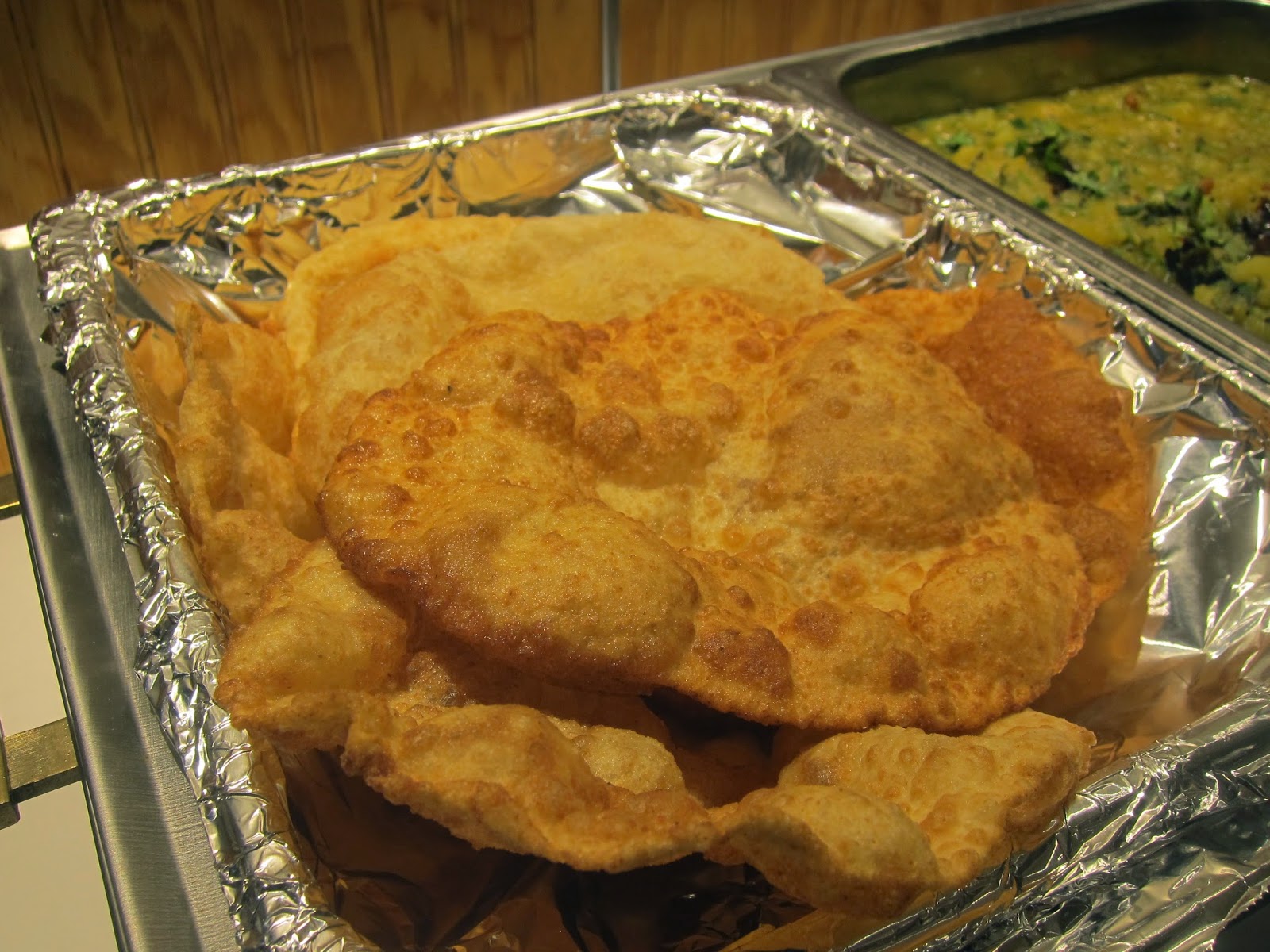 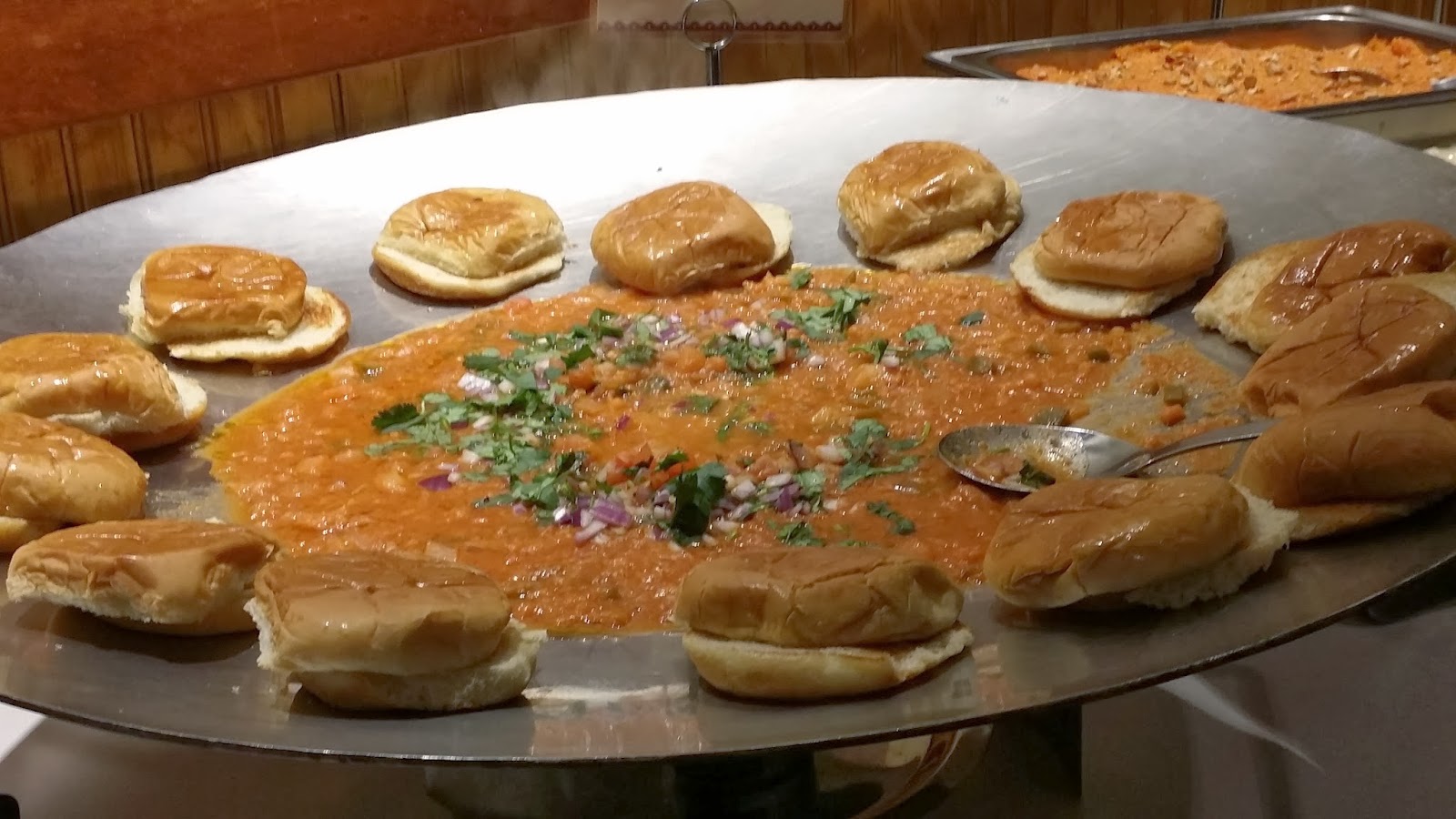 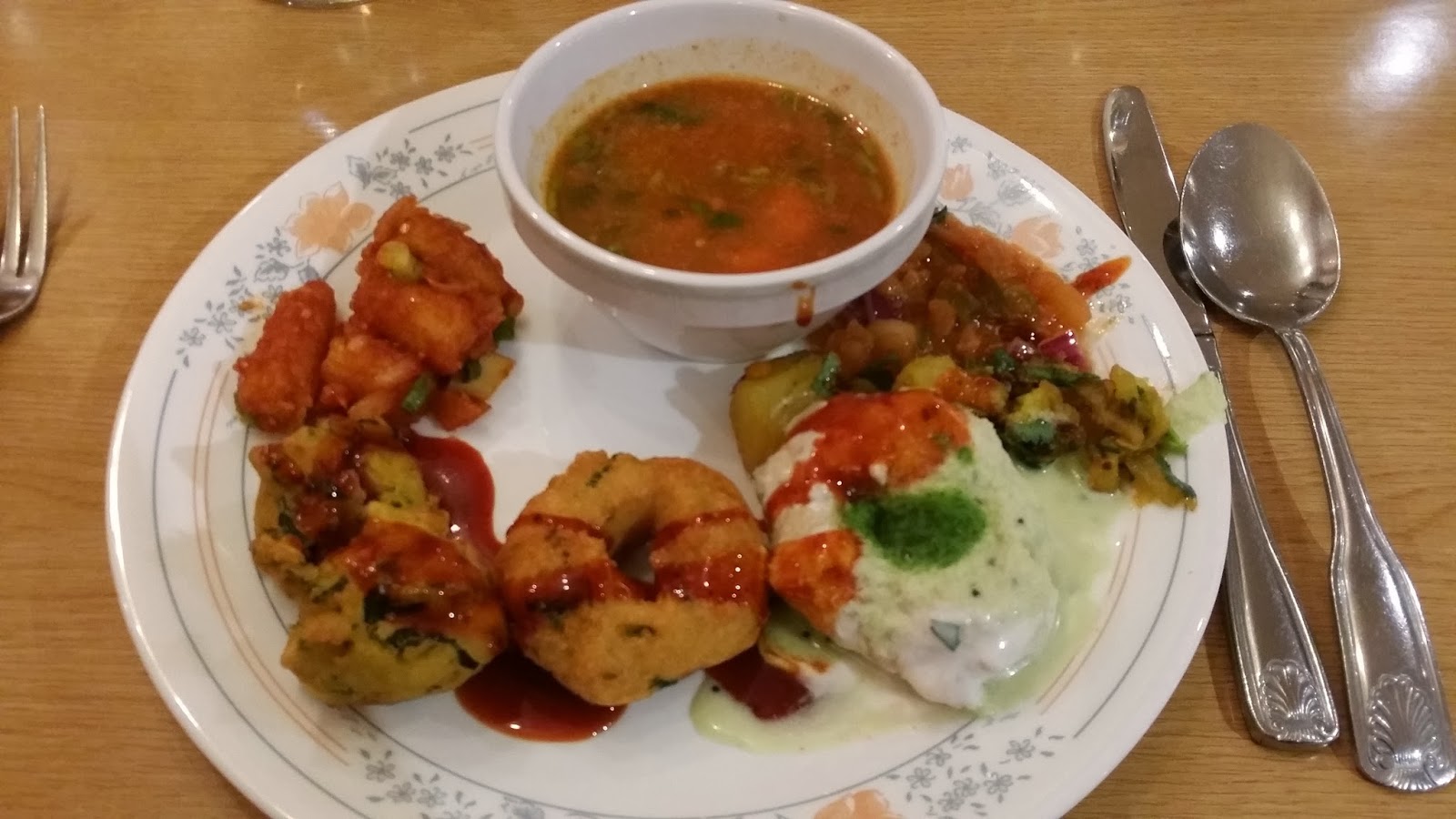 The dosas were crispy and thin just the way I liked it but the stuffing was a bit different that what I was used to.  The potato filling had onions and green chili peppers that added a kick to the dish.  I used my hands to eat it and dipped it in the sambar vegetable soup.

After going back a couple more rounds the Mo and I were stuffed.  At first I was a bit disappointed that I wasn't eating the naan, rice or biryani, but I was glad I laid off the carbs because I was still satisfied with all the meat in the curry dishes. 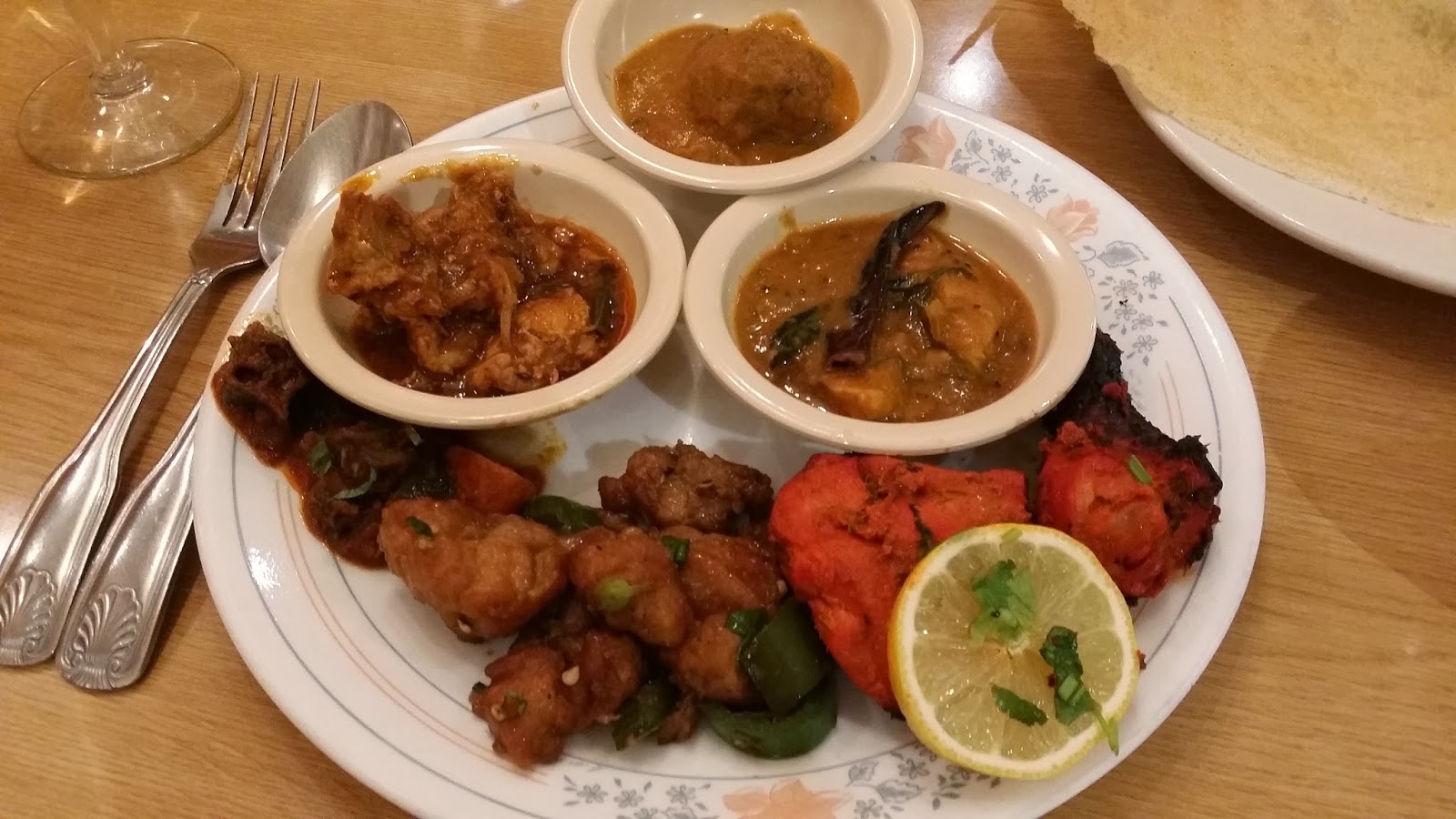 To finish off the meal, I had small tablespoon of apple mousse which tasted like greek yogurt and applesauce and a tiny bit of the cheese morsels in the nutty cream sauce. 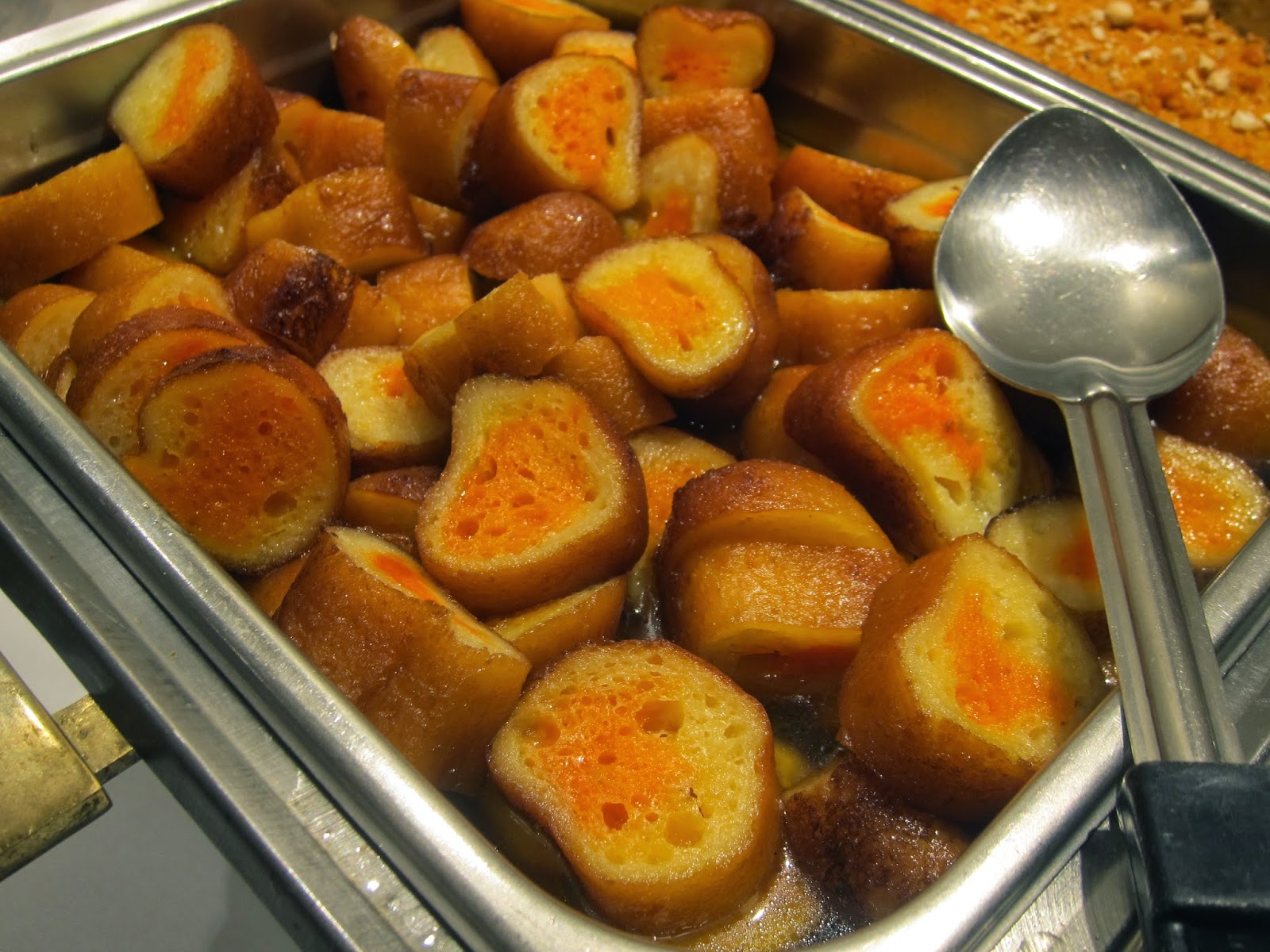 The meal was great and I would recommend it to friends.  It still comes behind Madras Grill in Chelmsford and The Pongal in Billerica.