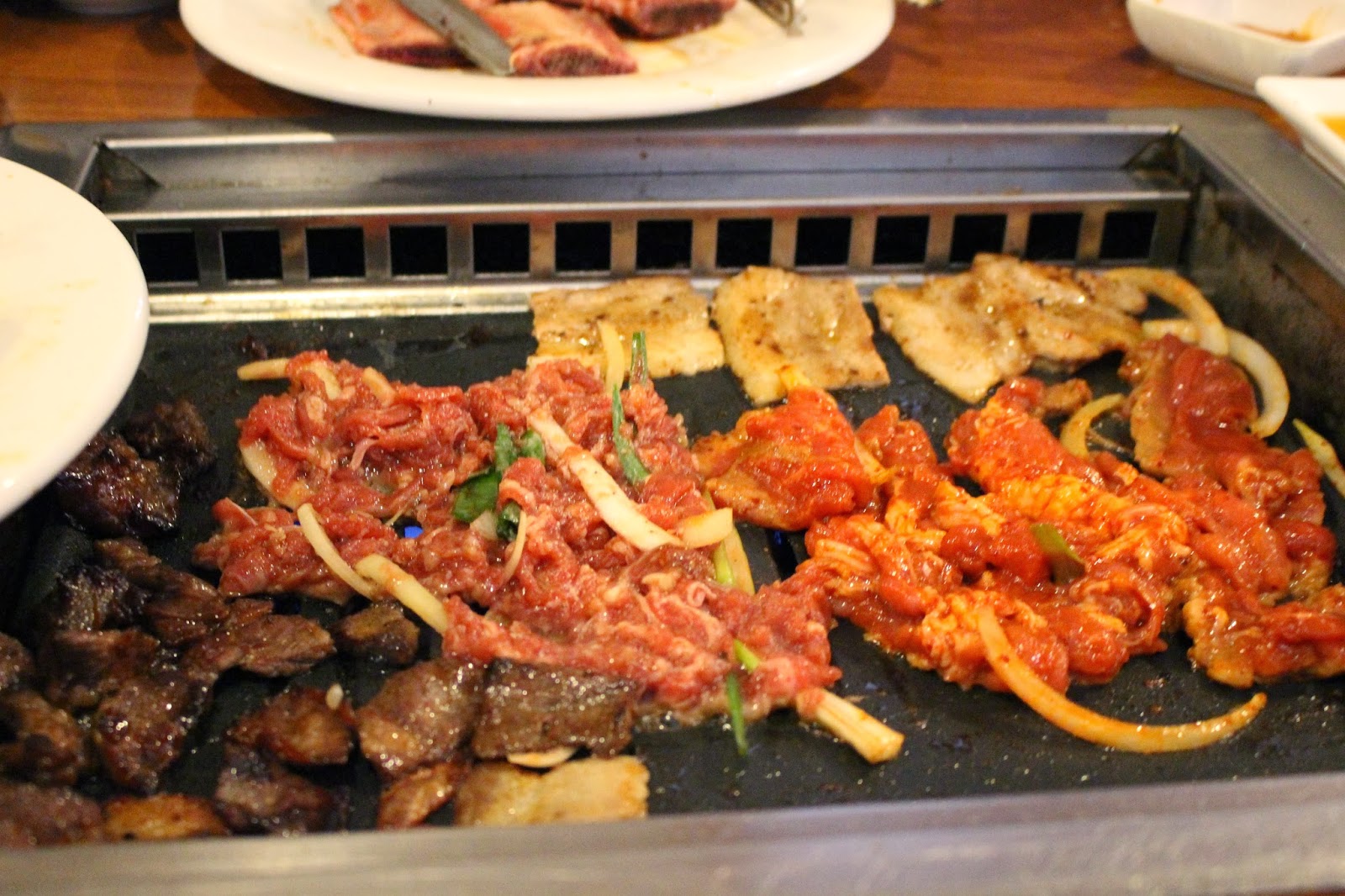 The Mo's brother, Makara, organized a joint birthday luncheon for mom and dad today.  We were limited with venues as there were certain criteria; the place had to serve Asian food and it had to be able to accommodate a large party.

We considered the usual Chinatown eateries along with China Star in Lowell, but nothing really excited us.  Makara suggested Rega's Grill in Lawrence,  where he previously celebrated his birthday a couple of weeks ago with Paul and Lyna, who frequents the restaurant.  He raved about the "All you can eat Korean BBQ" food and service so we all agreed to give it a try! 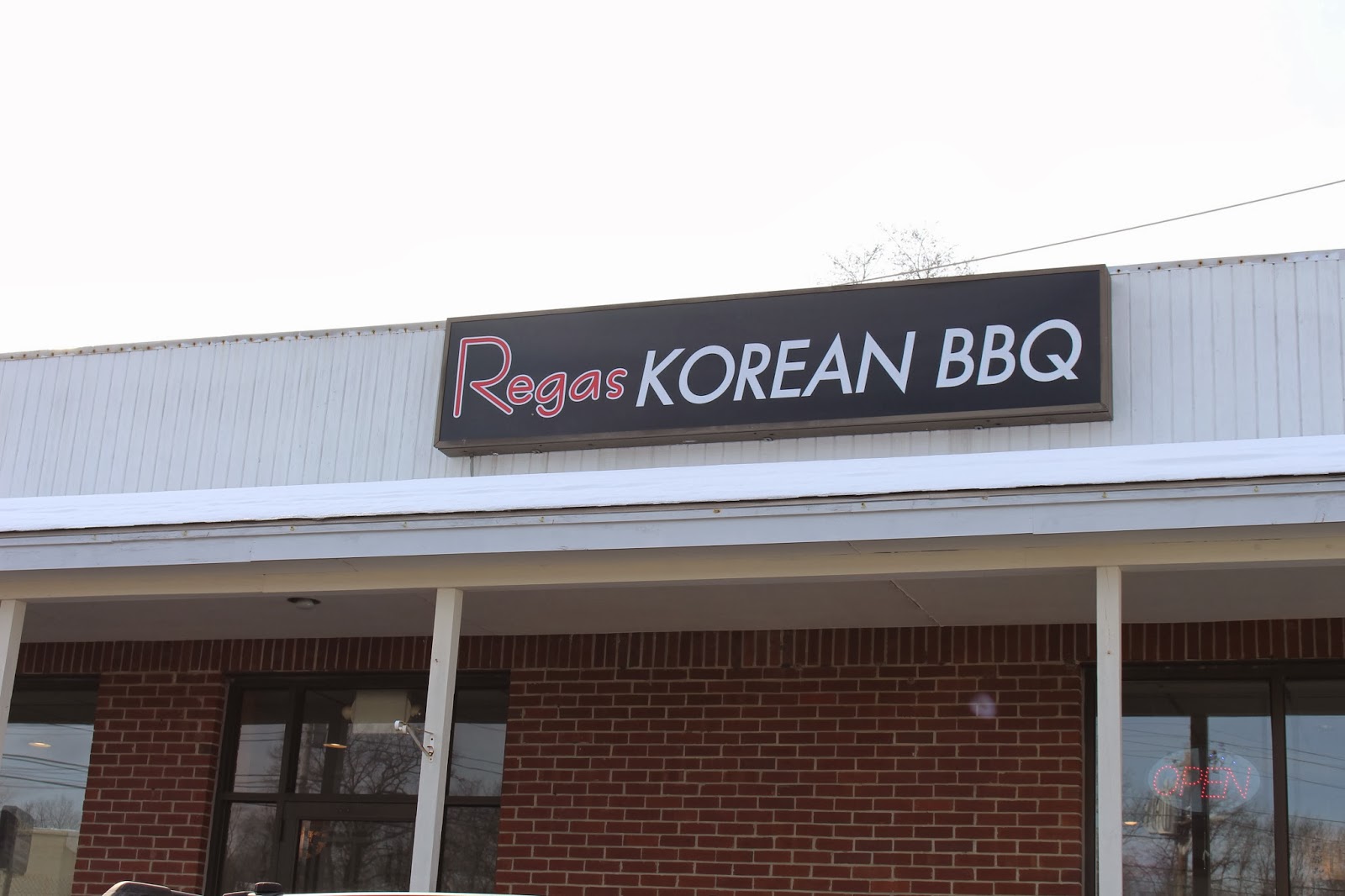 Since reservations were previously arranged, our tables in the semi-private room was already set up with the proper cooking utensil, dinnerware and dipping sauces.  The price of the All you can eat Korean BBQ buffet is $ 26.95 per person and it includes the buffet.  One of the downside is that seafood and vegetables were an additional costs per person.  You couldn't just order a tray of vegetables and what's Korean BBQ without King oyster mushrooms?? (Nat, you spoil me) 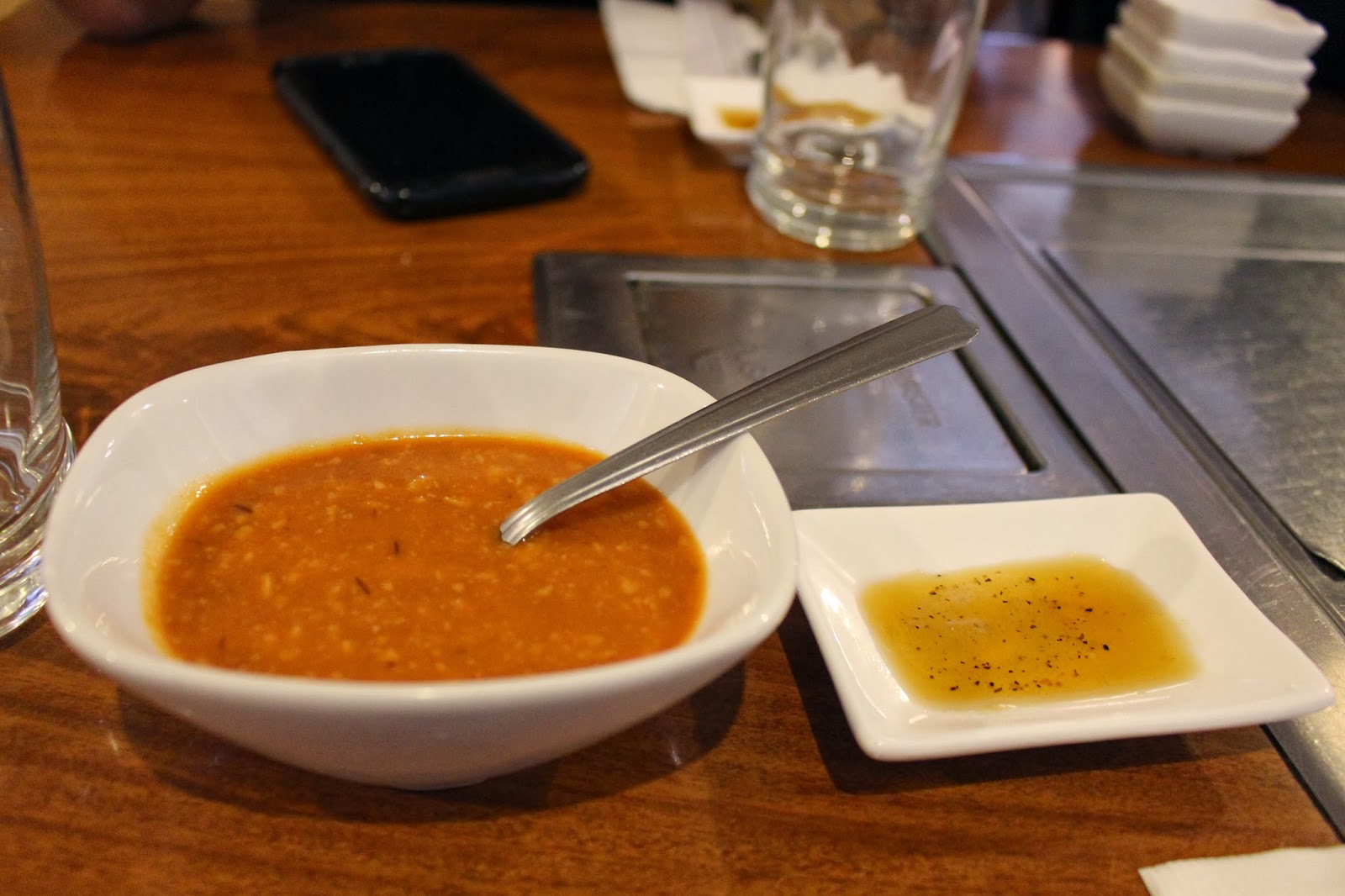 There were 19 of us that were split up into 3 different groups with our own tabletop grill. 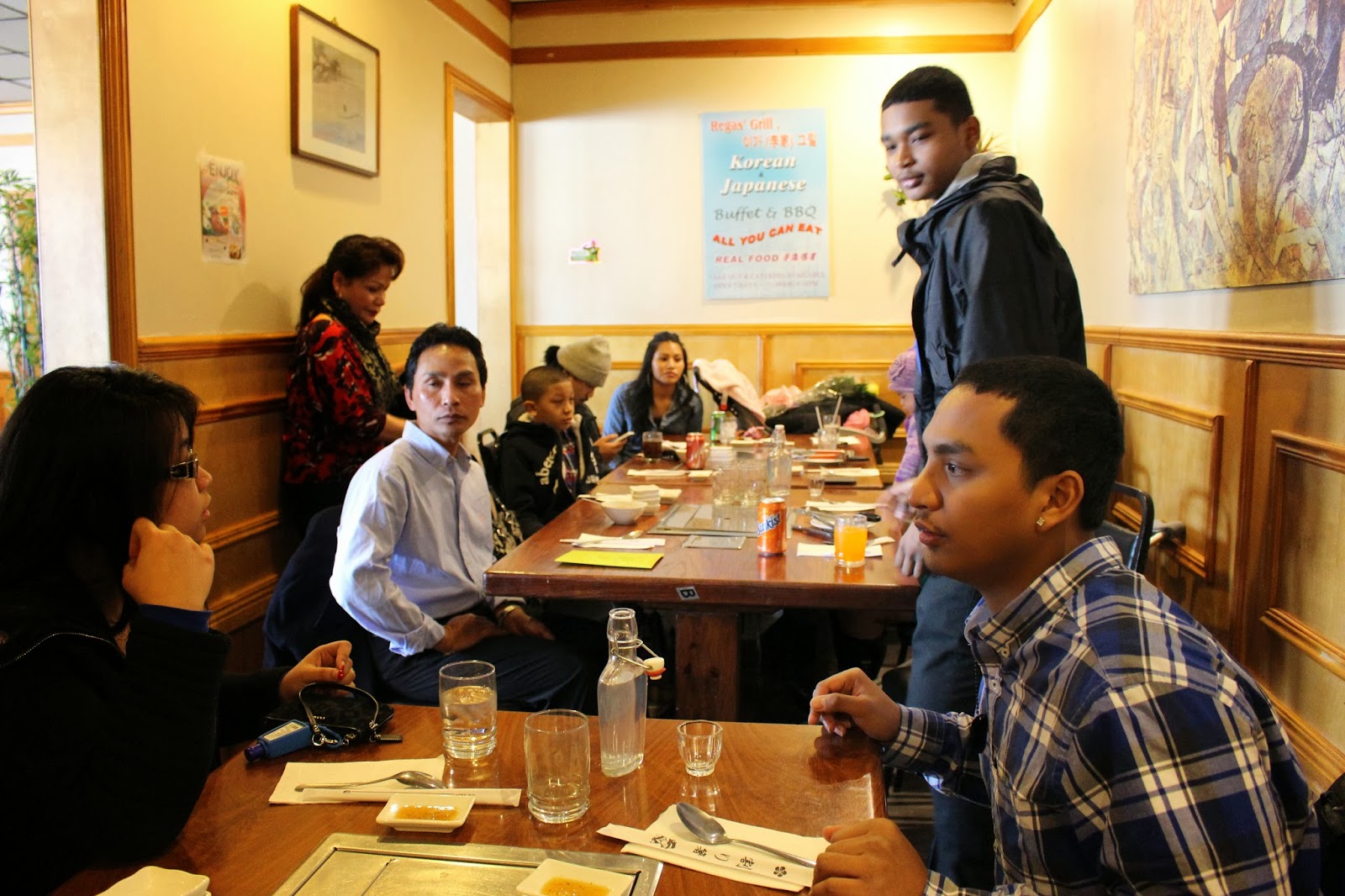 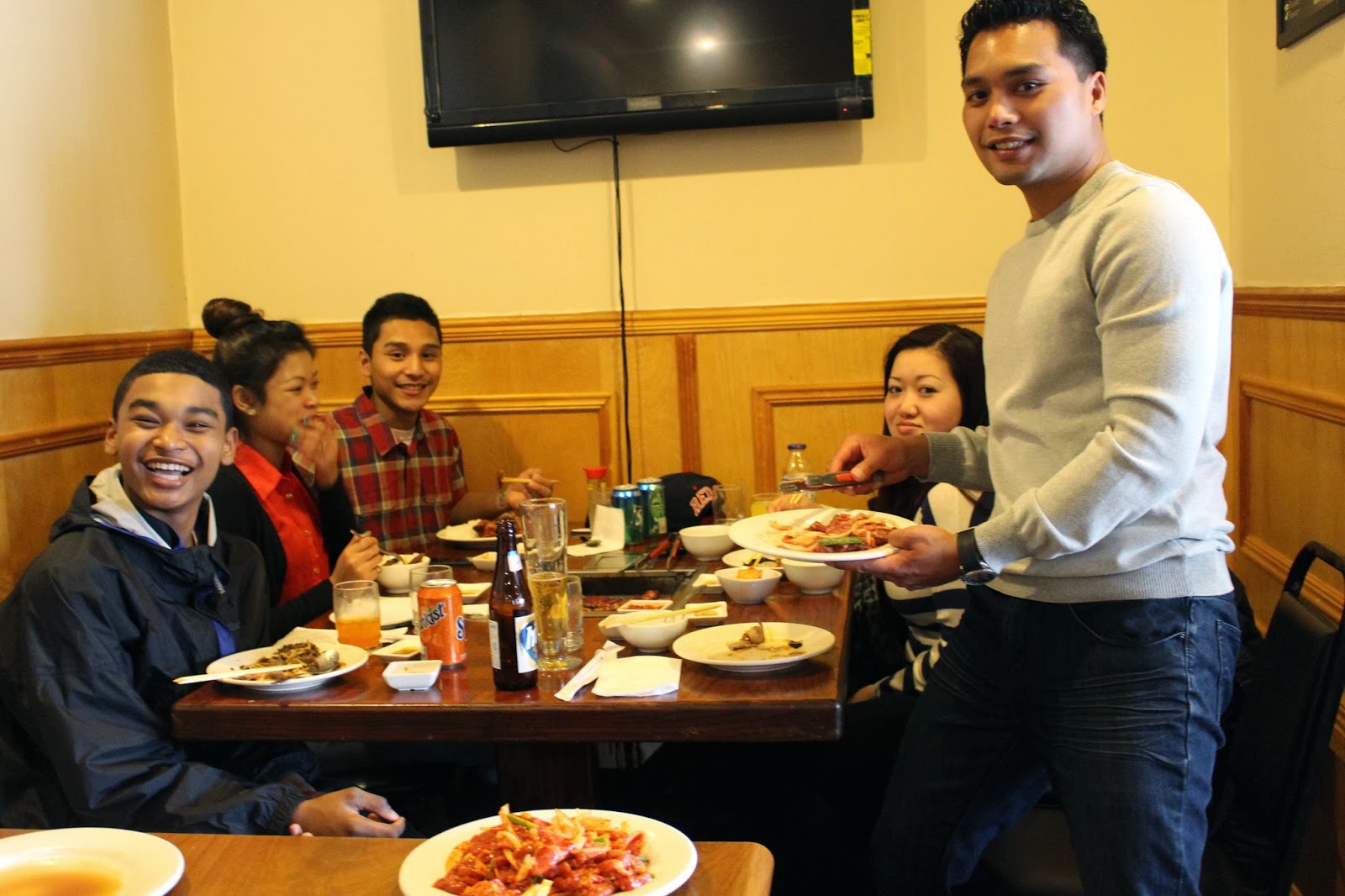 The restaurant was extremely clean and since it was a Sunday afternoon, it was also empty. 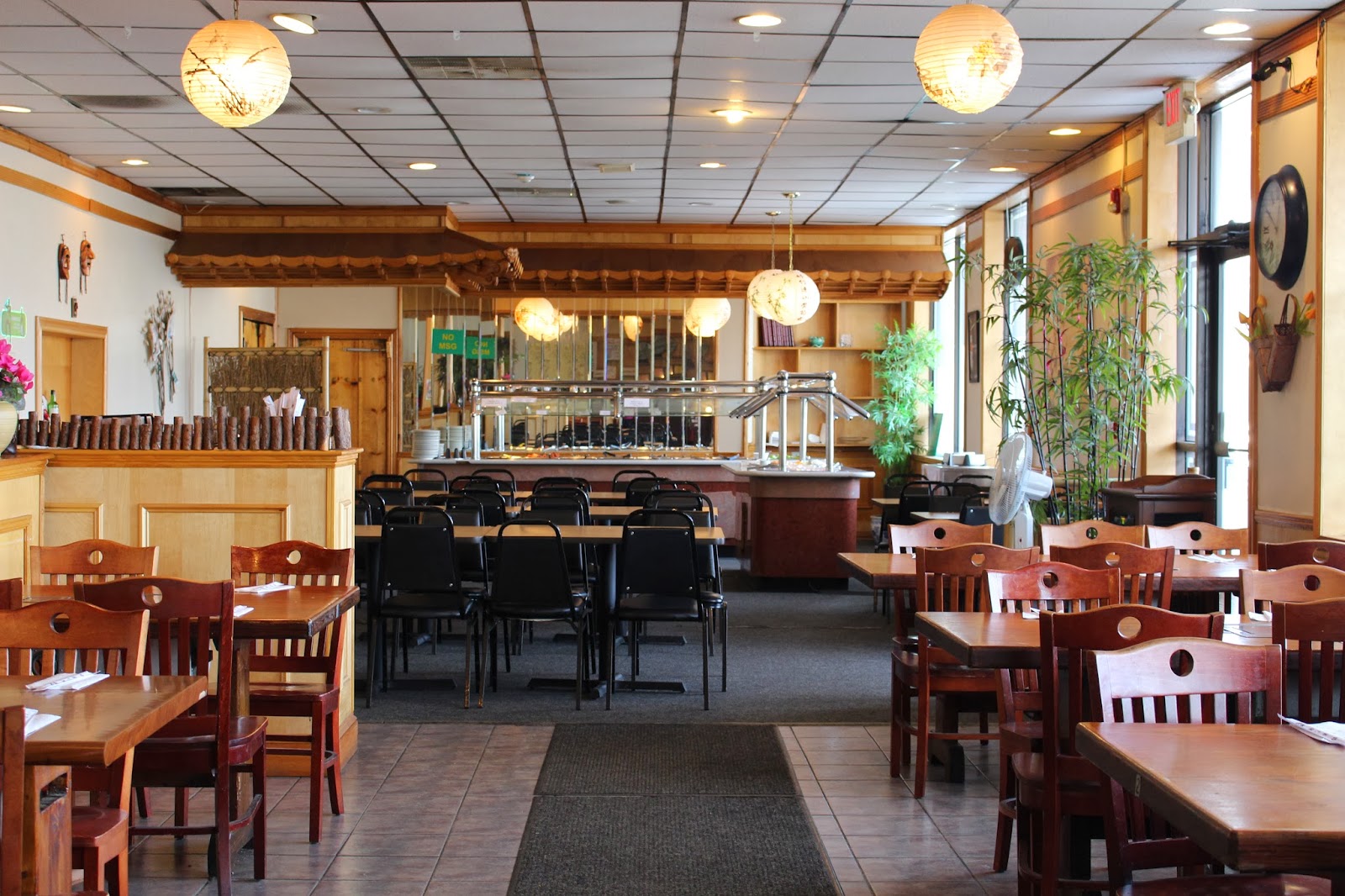 The Mo ordered a Korean beer and the bro and sis in law both got a couple of bottles of lychee soju "cocktail." 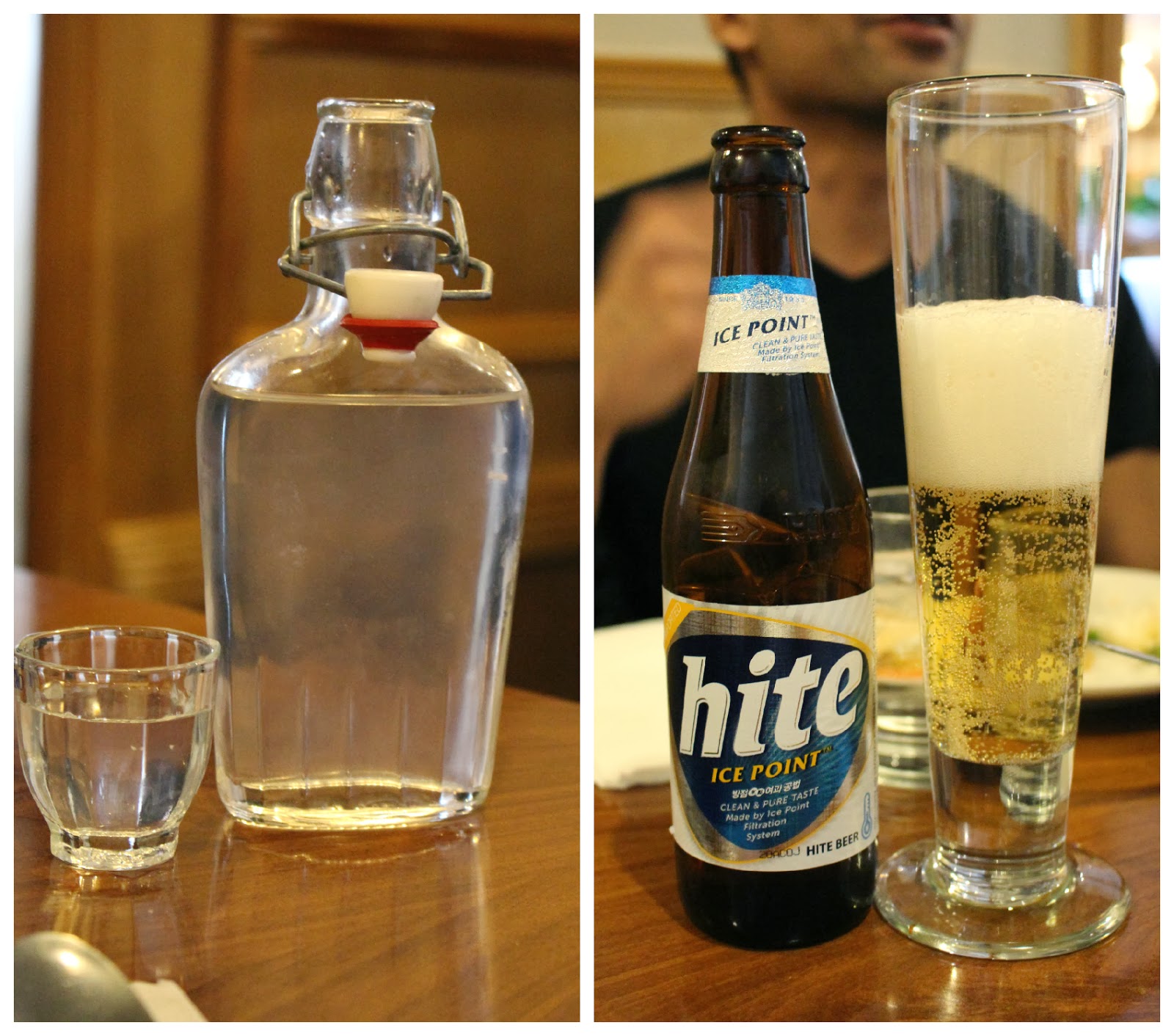 Once everyone arrived, we headed over to the buffet stations to fill our plates with the traditional cold condiment dishes such as beansprouts, kimchi, seaweed and pickled daikon radish.  I was bummed that there were no spinach. (Again, Nat, you spoil me) 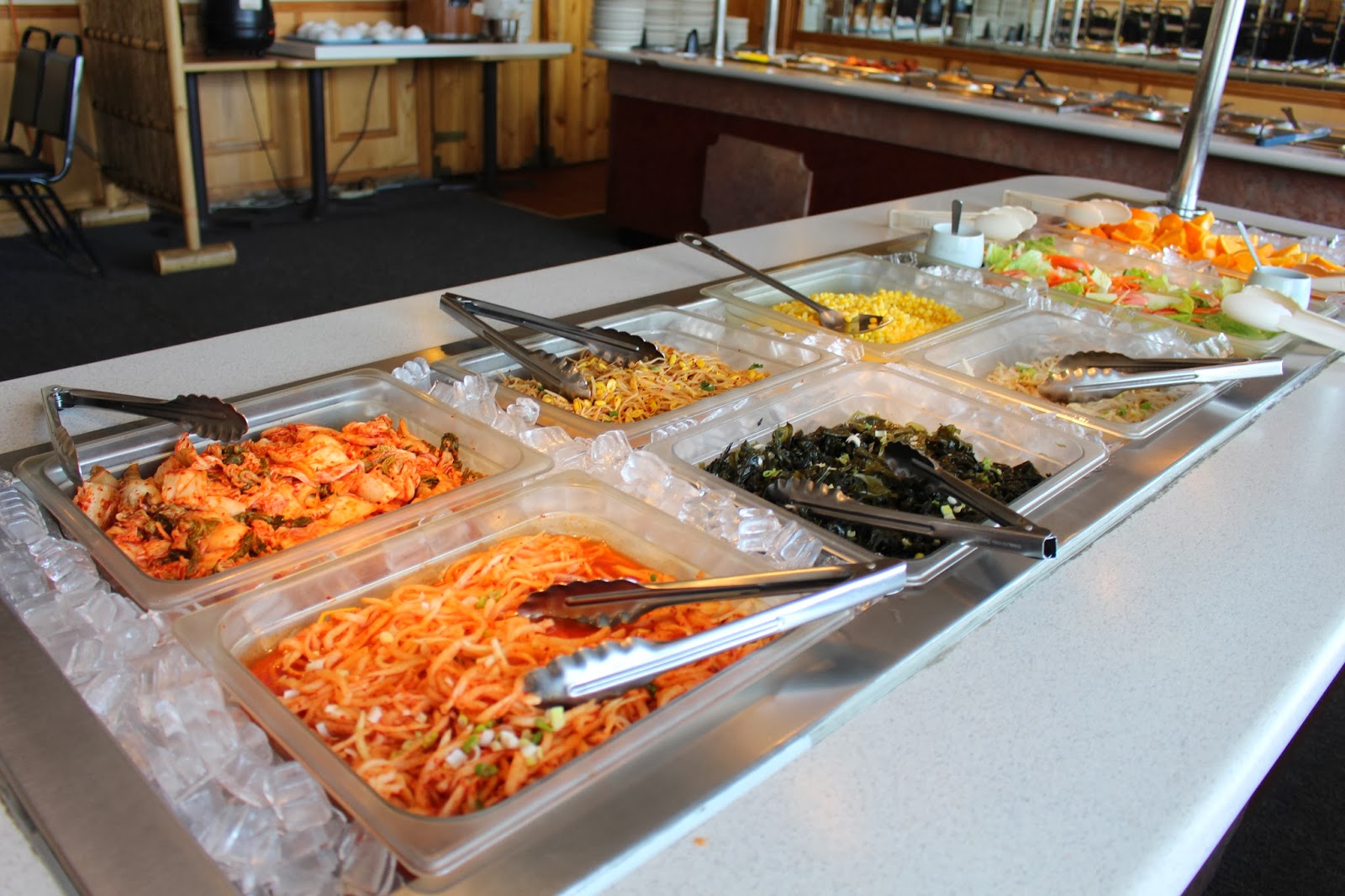 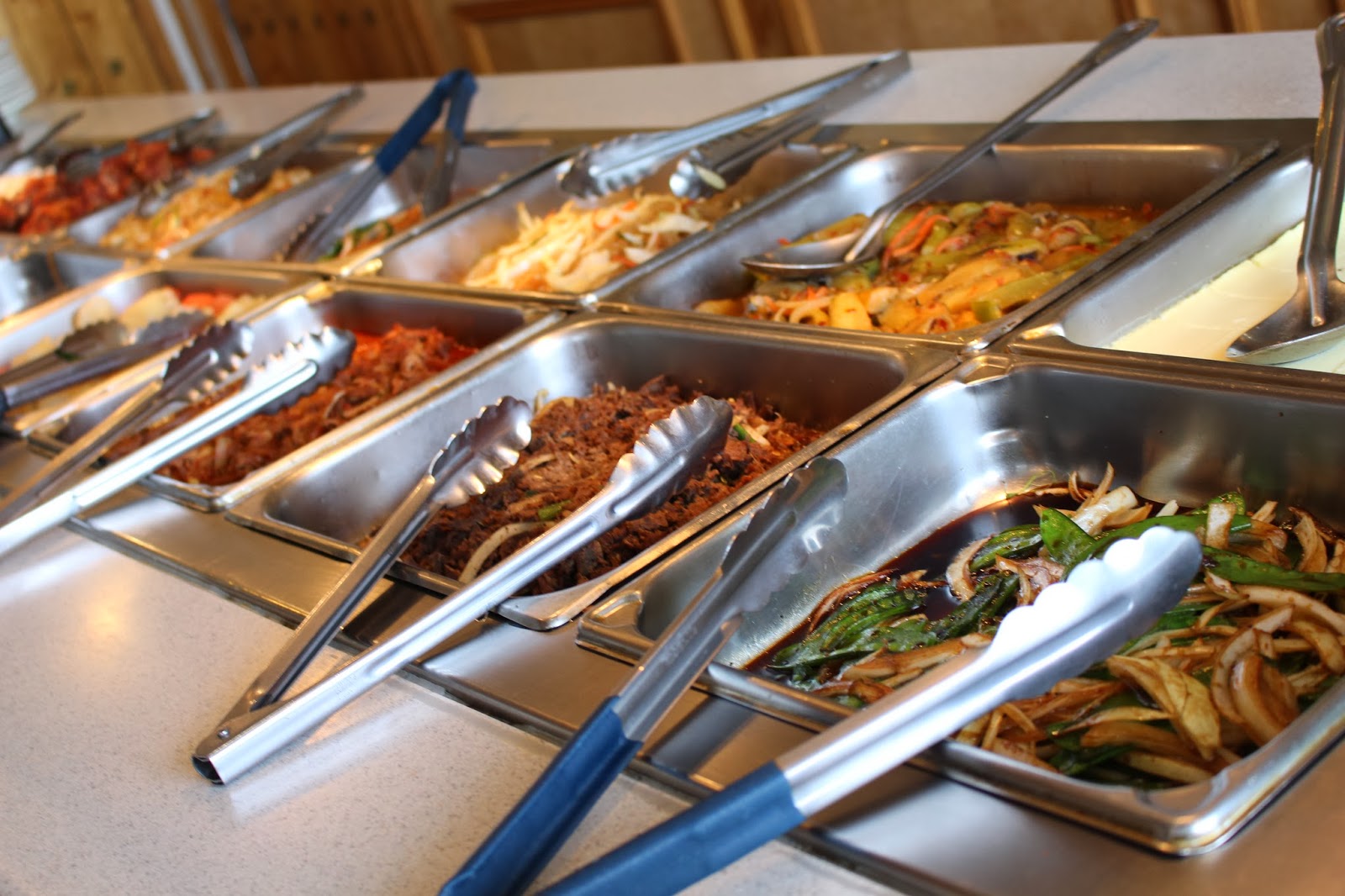 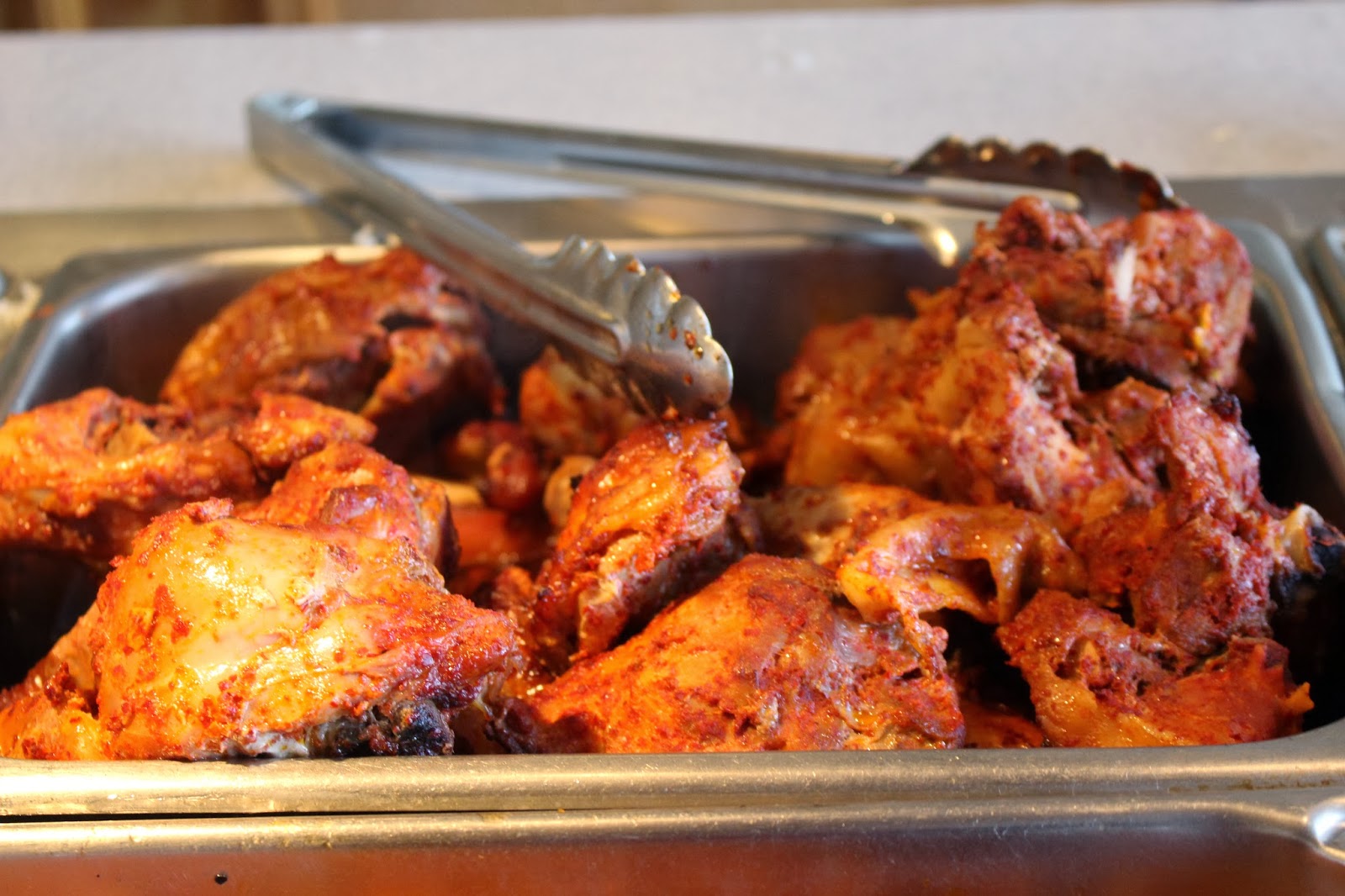 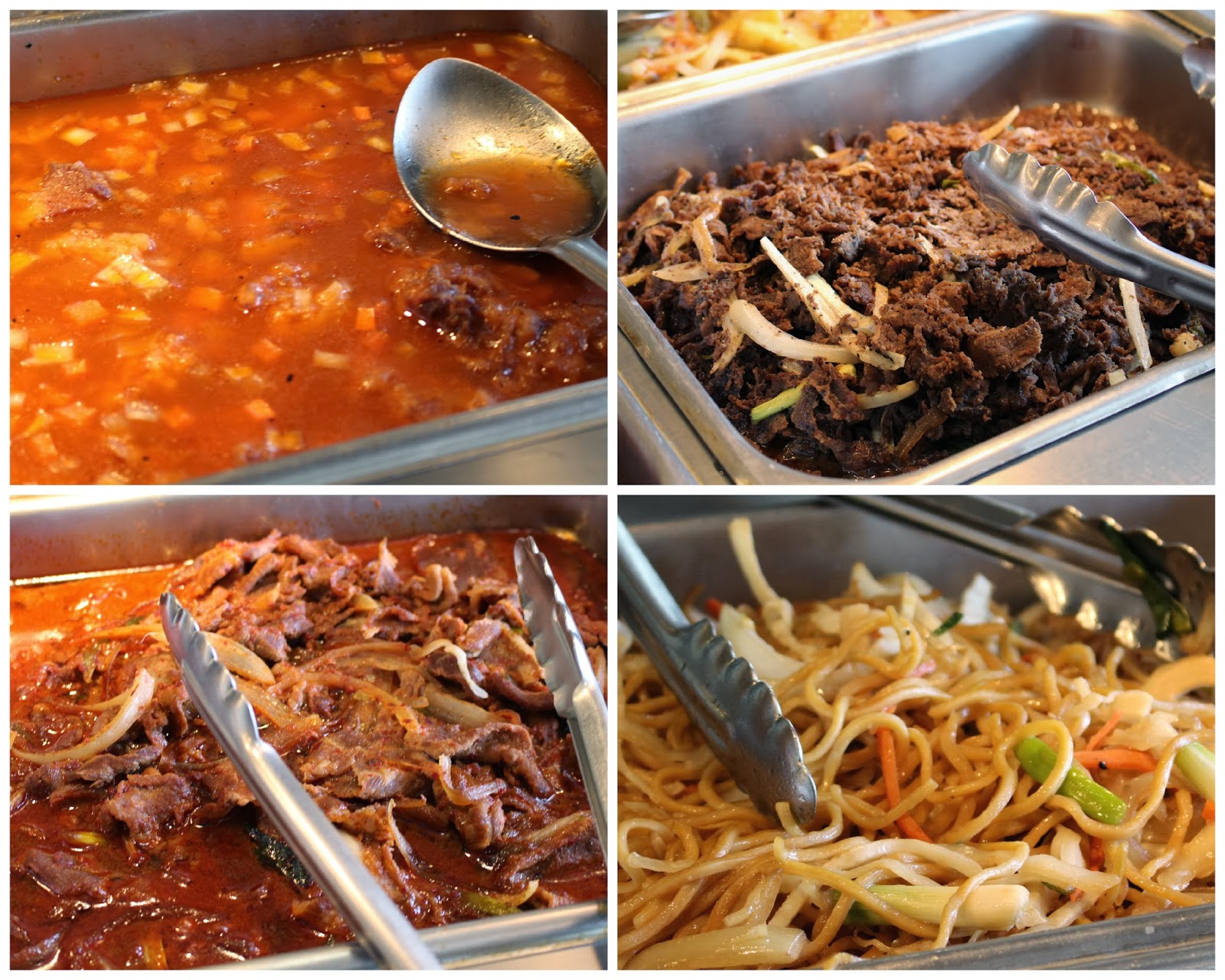 We had the buffet to ourselves 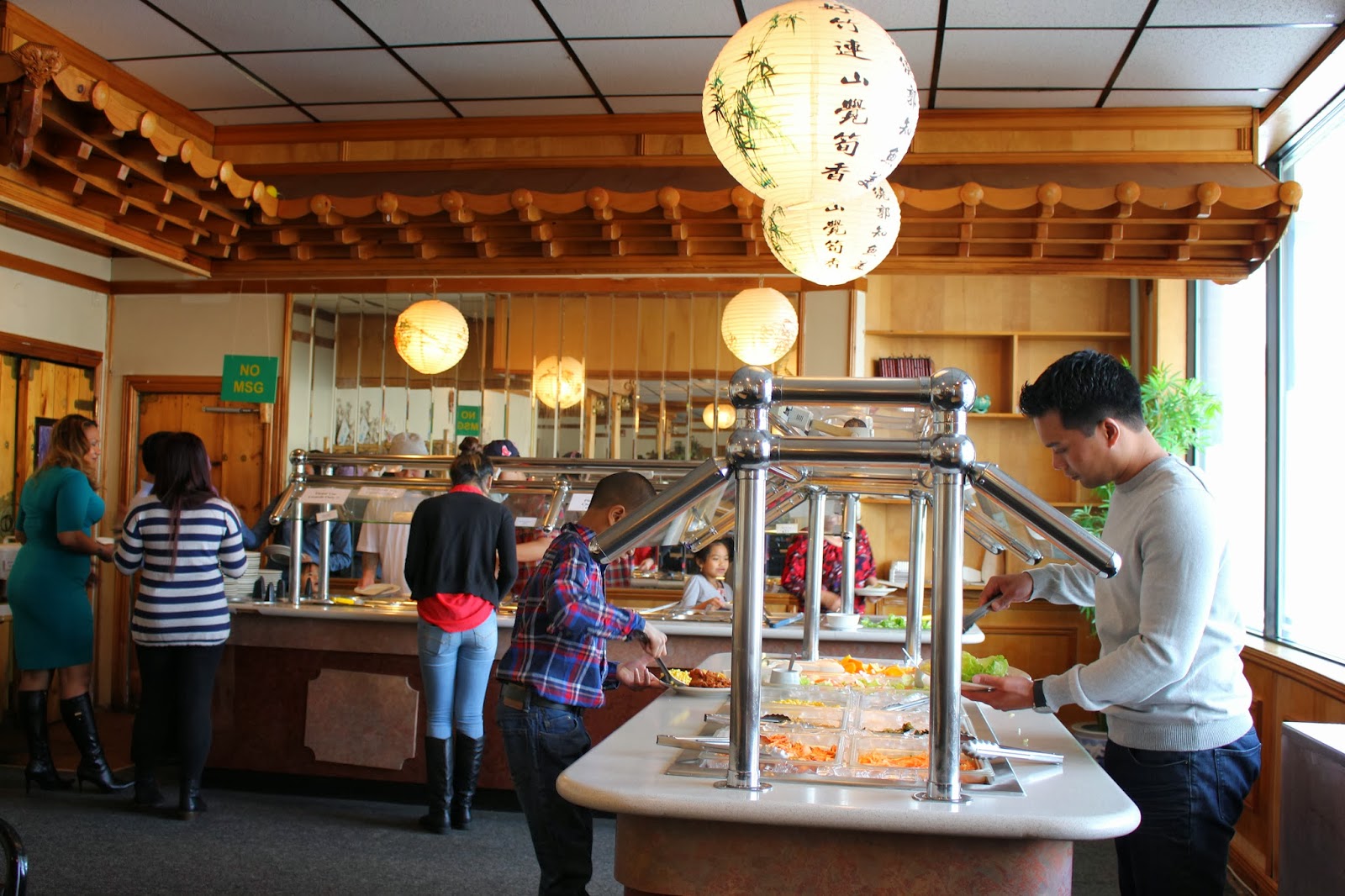 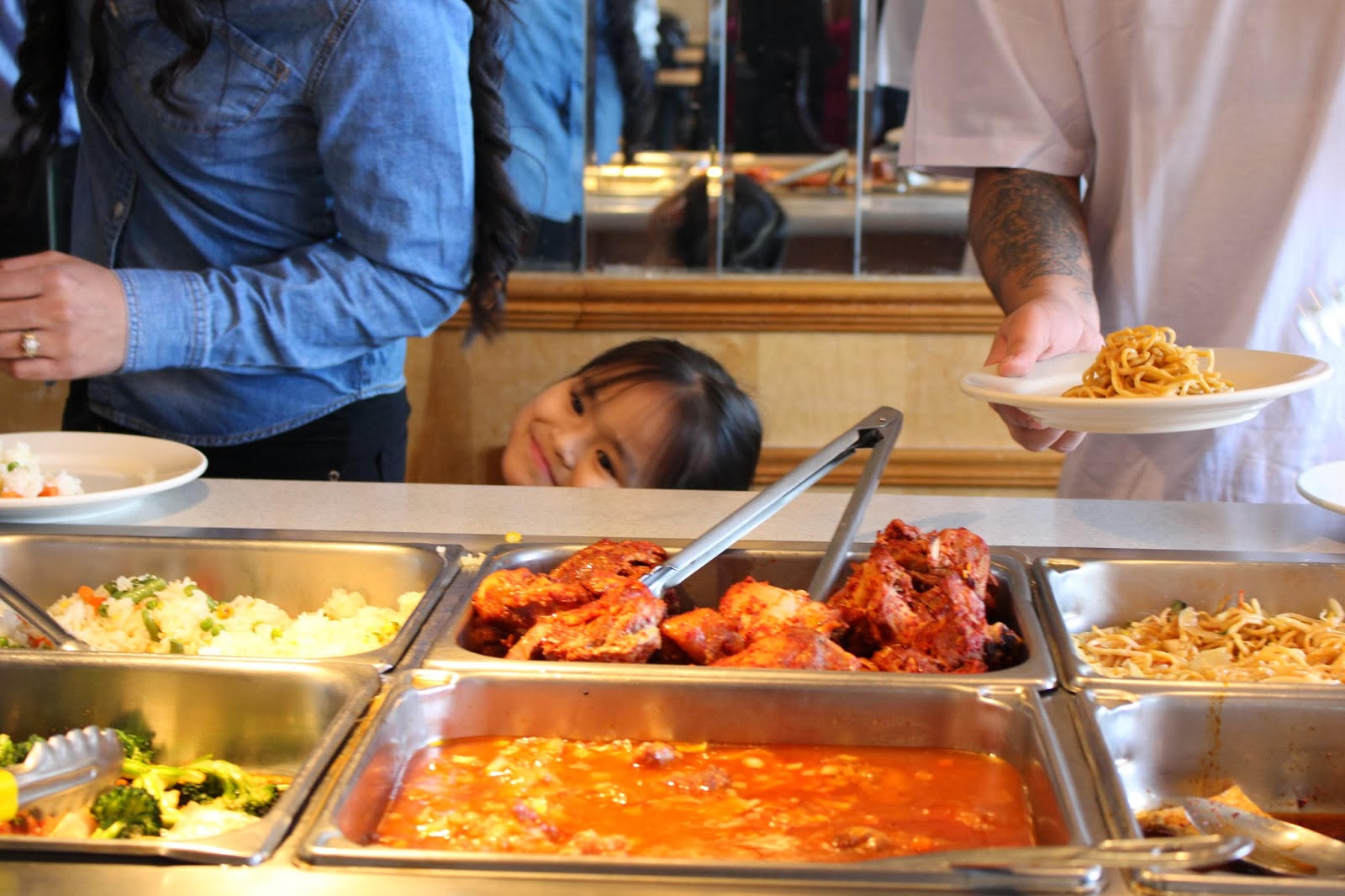 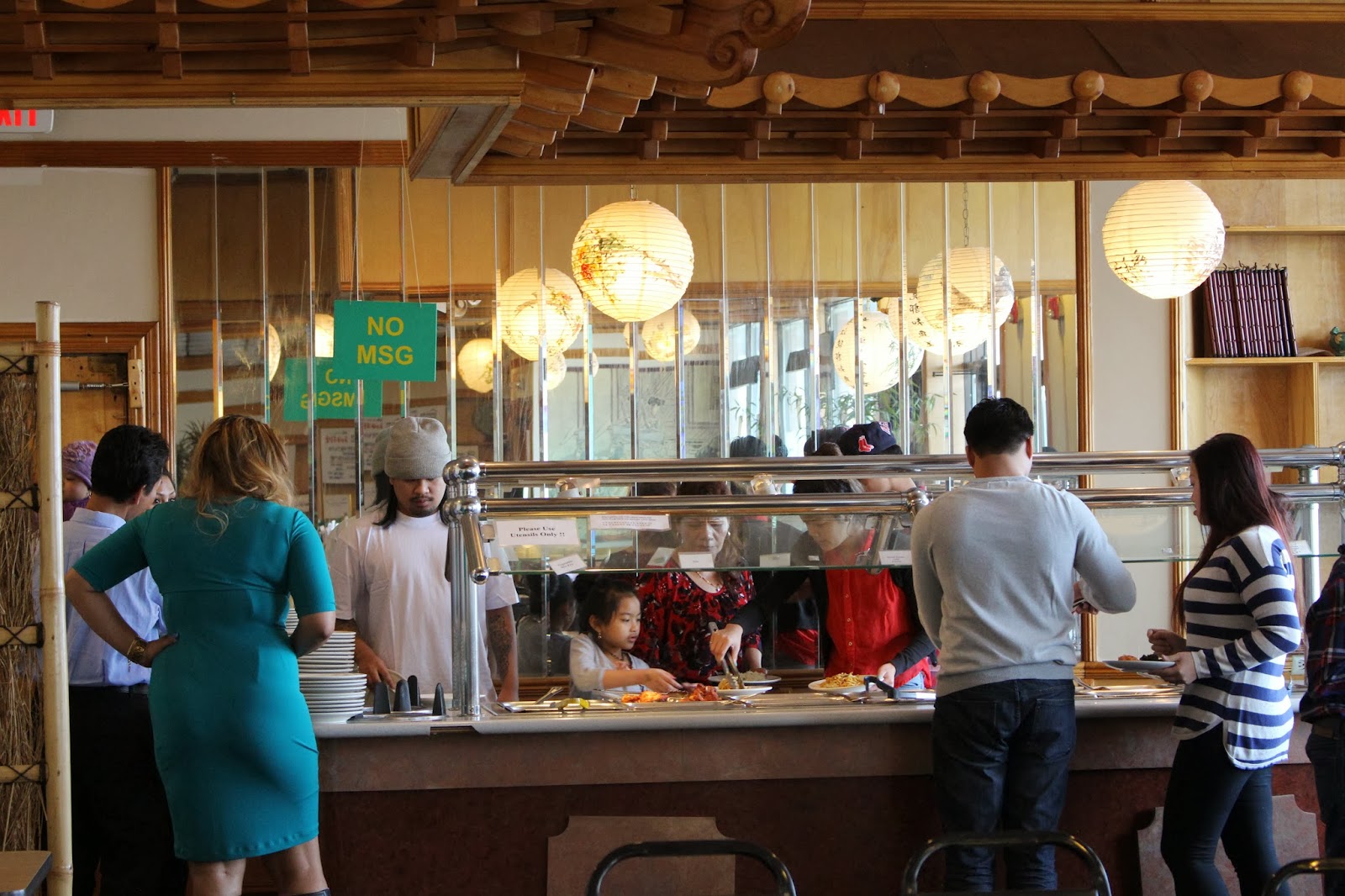 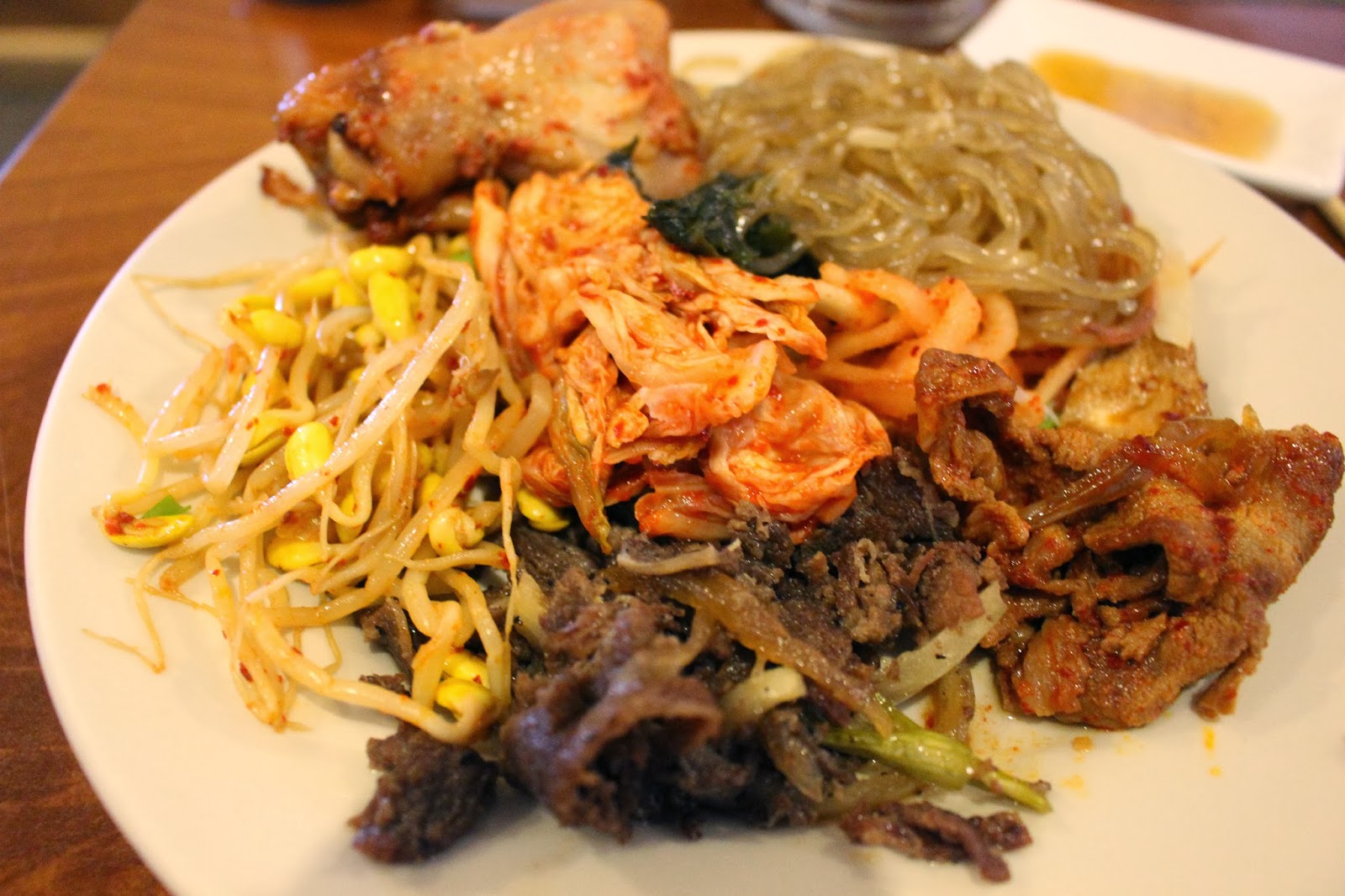 By the time we headed back to our table, the servers had turned on the gas and ignited our tabletop grill. First up, was the pork belly.  Since the pork belly is pretty much all fat, it doesn't need to be marinated.  The fatty pork strips gives off its own succulent flavor as it cooks. (Just like bacon) 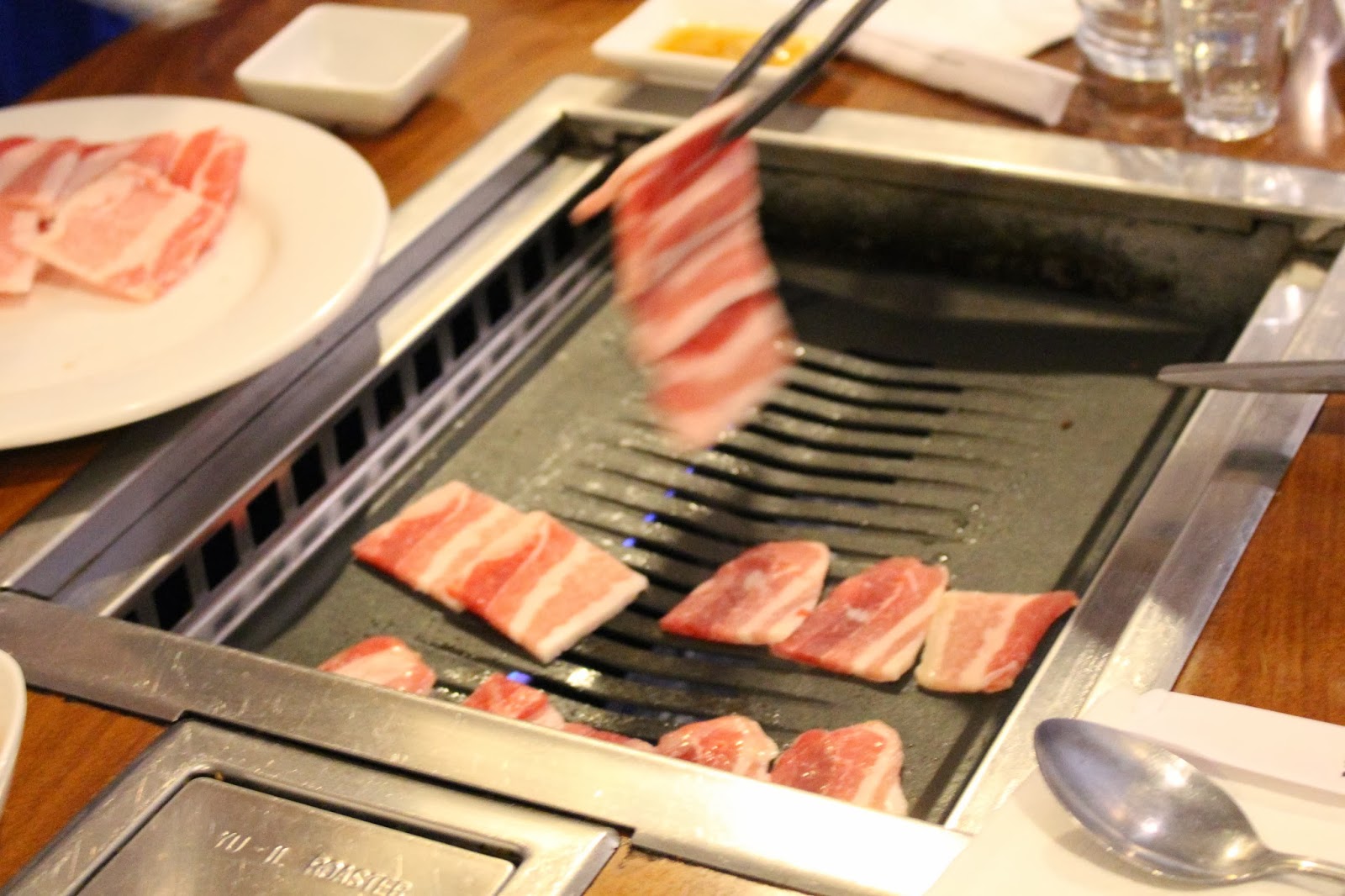 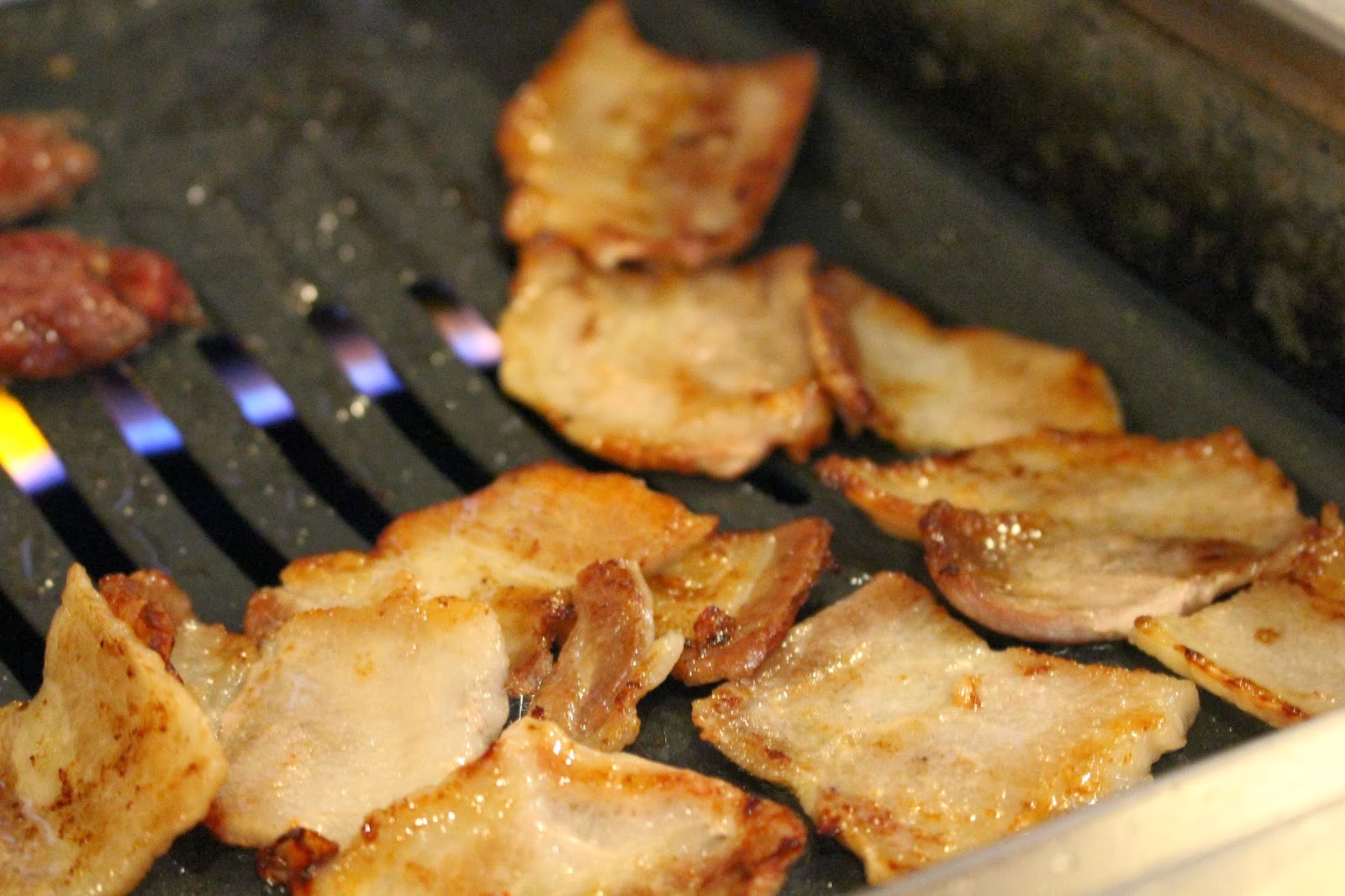 The next round of meats was the Korean prime beef short ribs "Kalbi".  They were portioned to just one slab per person.  I did ask for another one and she was reluctant to give it to us.  She said we had to finish ALL of the meat dishes before getting more but then she snuck one in for us anyway. 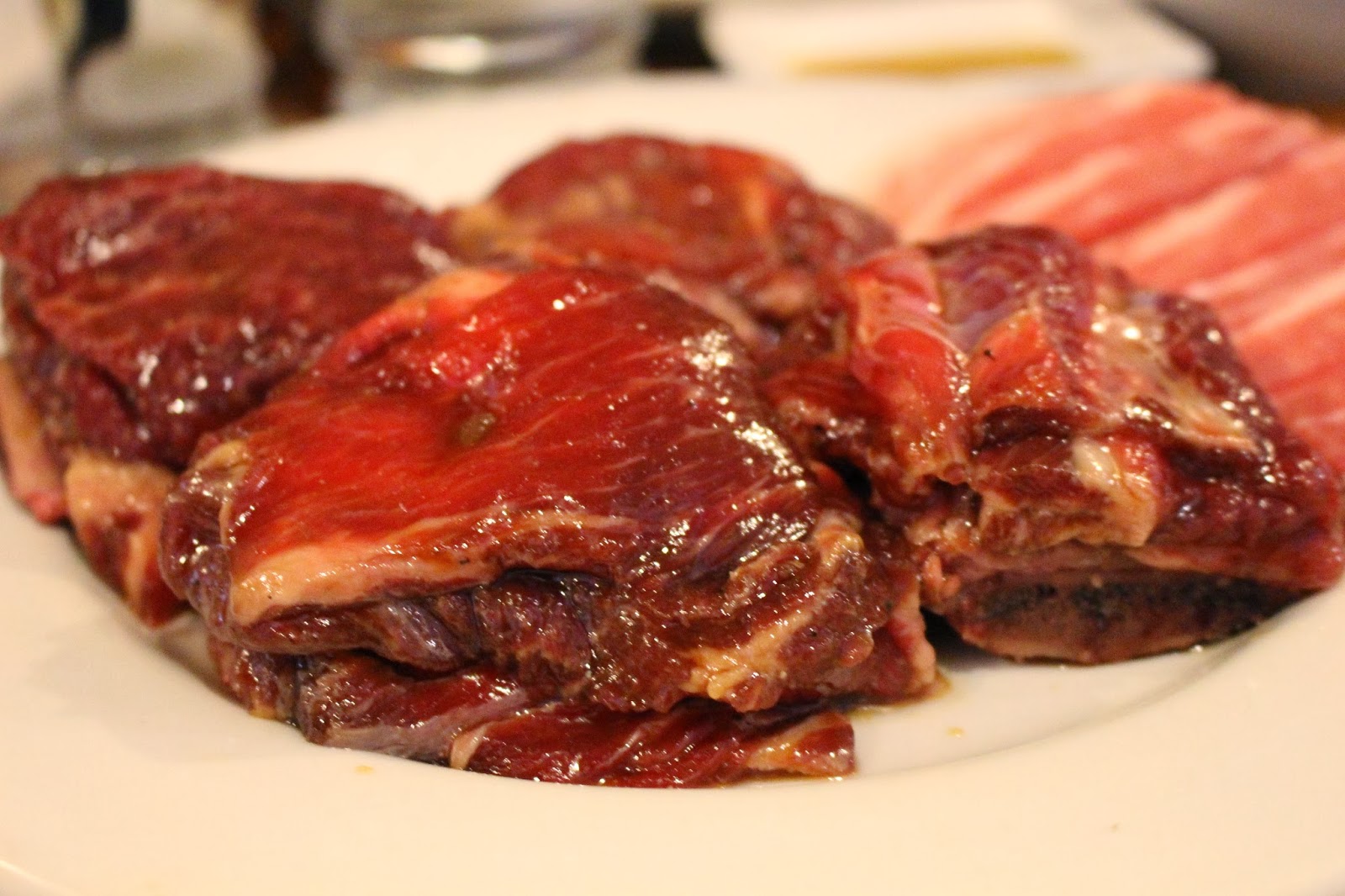 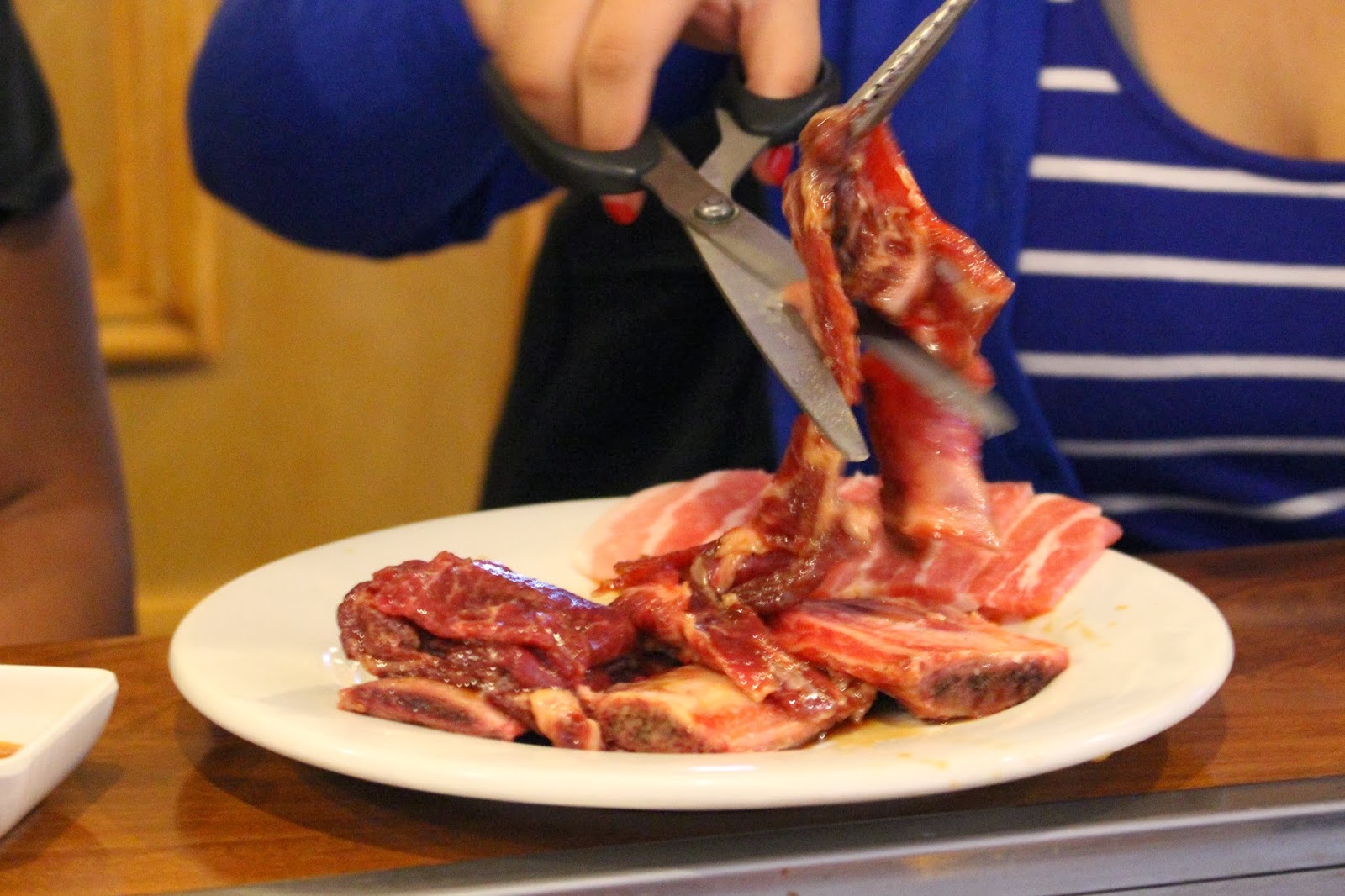 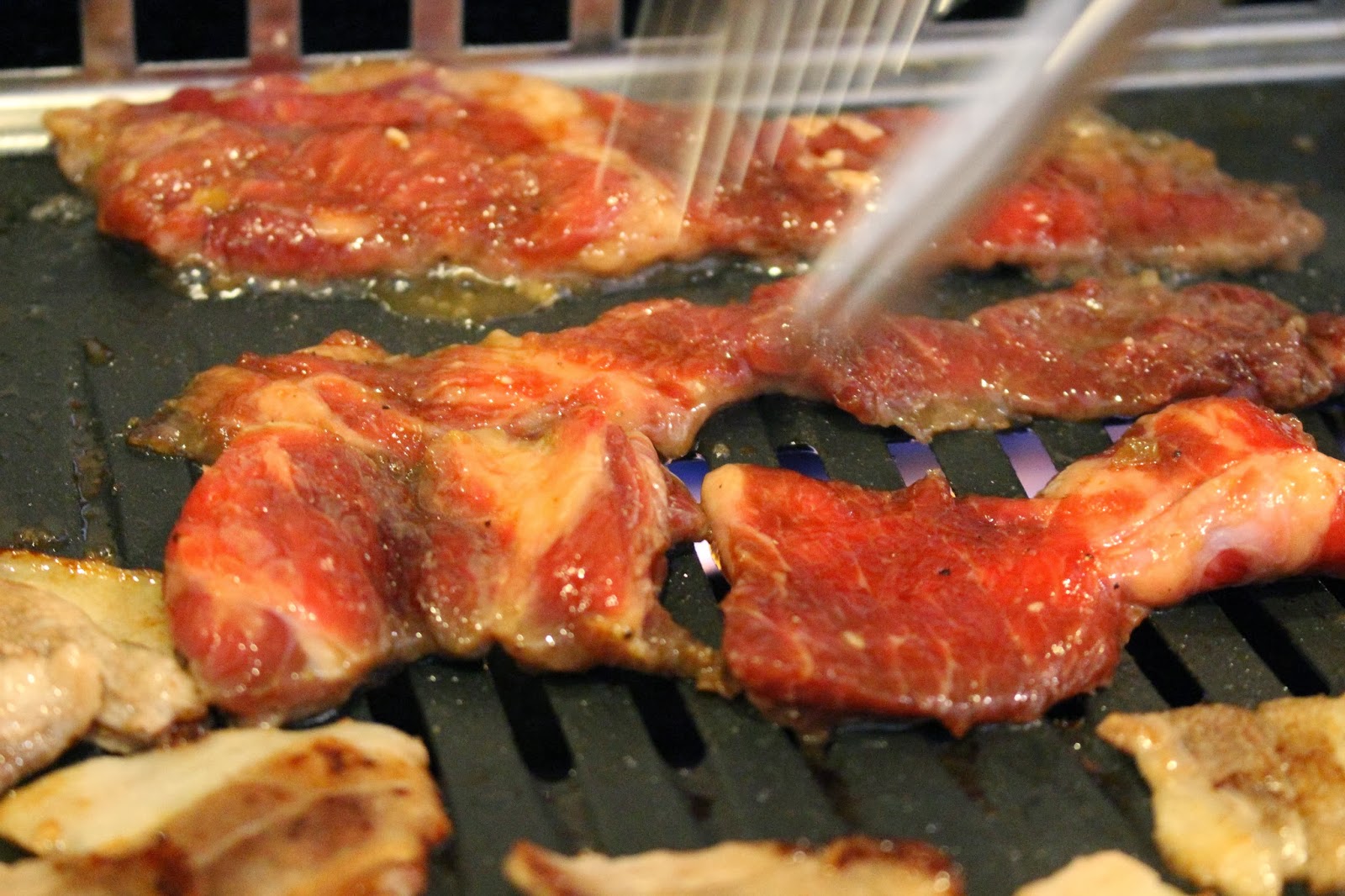 The 3rd and 4th meat dishes came out the same time.The spicy pork bulgogi was delicious! It was marinated in a hot Korean sauce that tantalized my taste buds.  The beef bulgogi grilled marinated beef was tasty.  The thinly shaved beef made it a bit difficult to grab from the grill since the pieces were little. 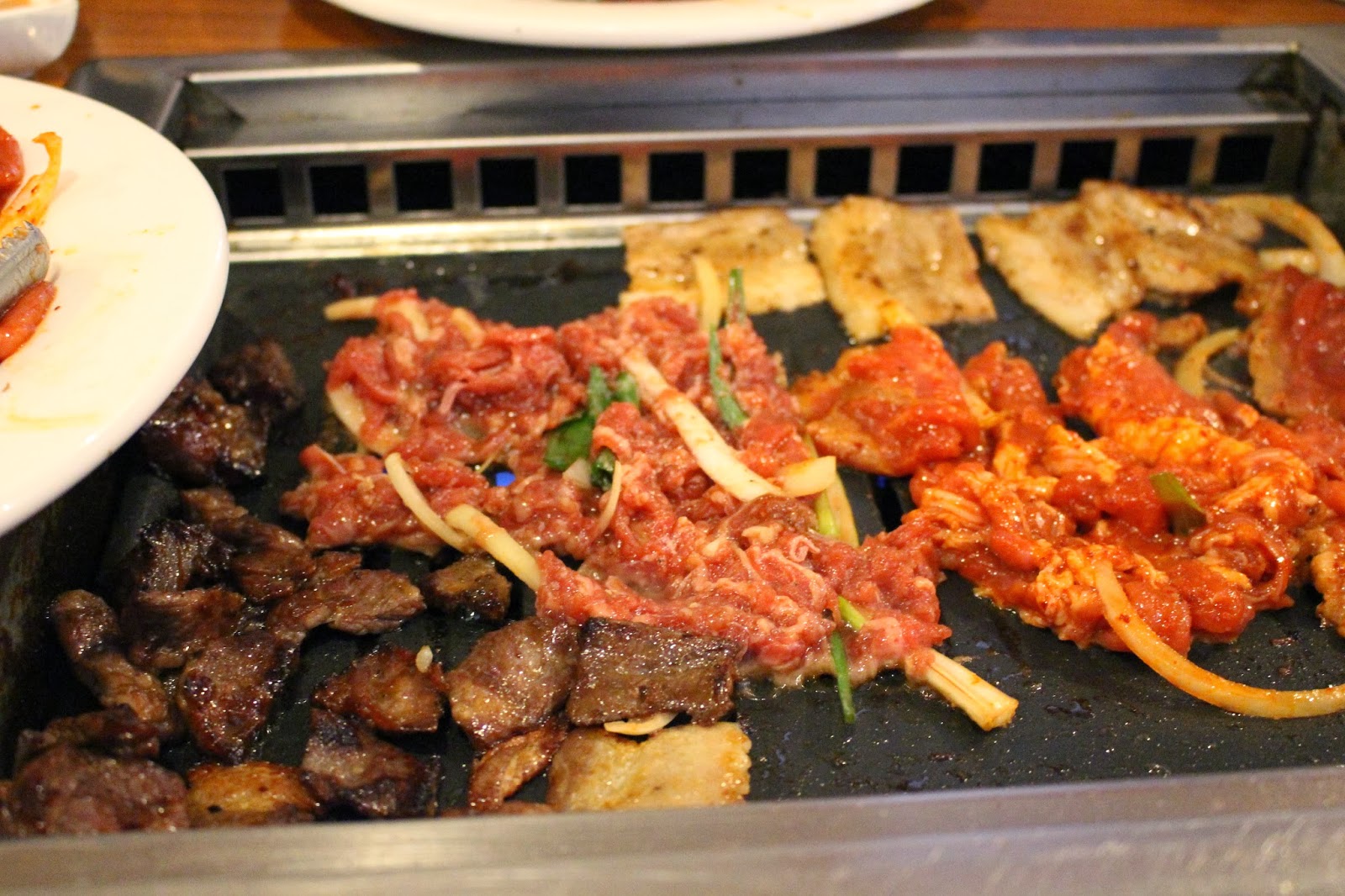 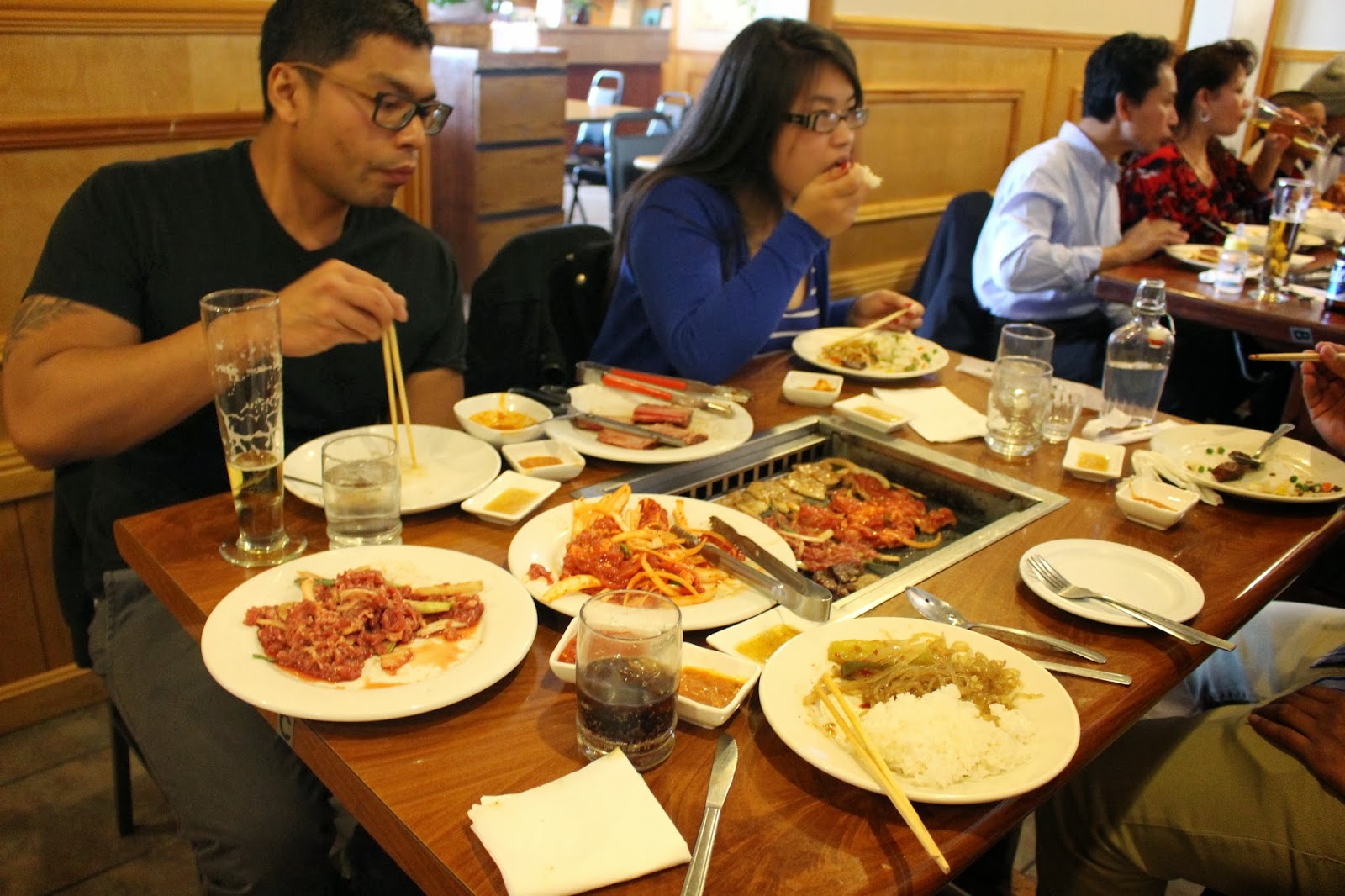 The Mo ate his meal "Low carbs" and ate his grilled meats wrapped in lettuce and romaine topped with Korean vegetable condiments. 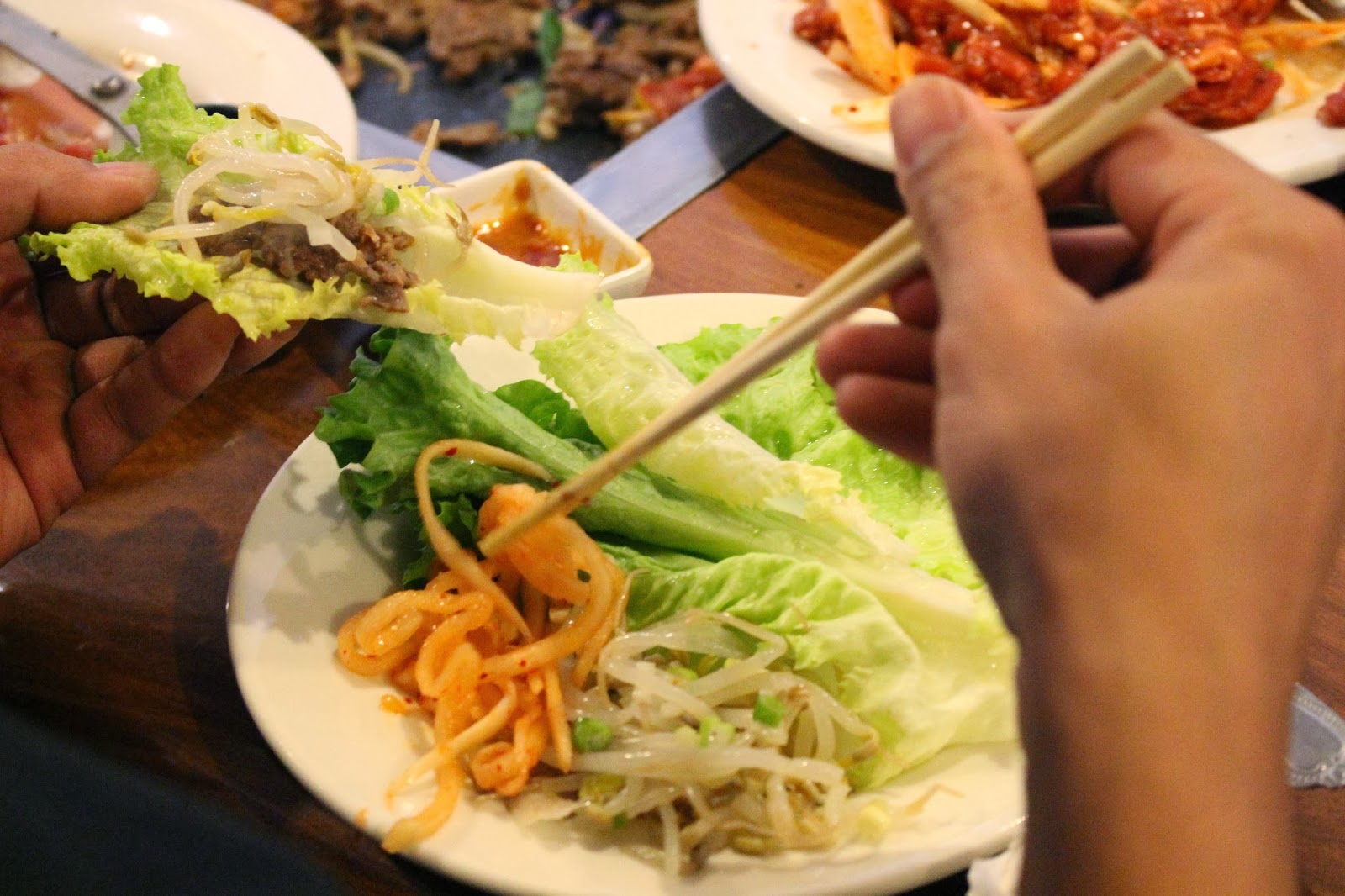 Throughout the meal, the server came around to pour water into our grill. 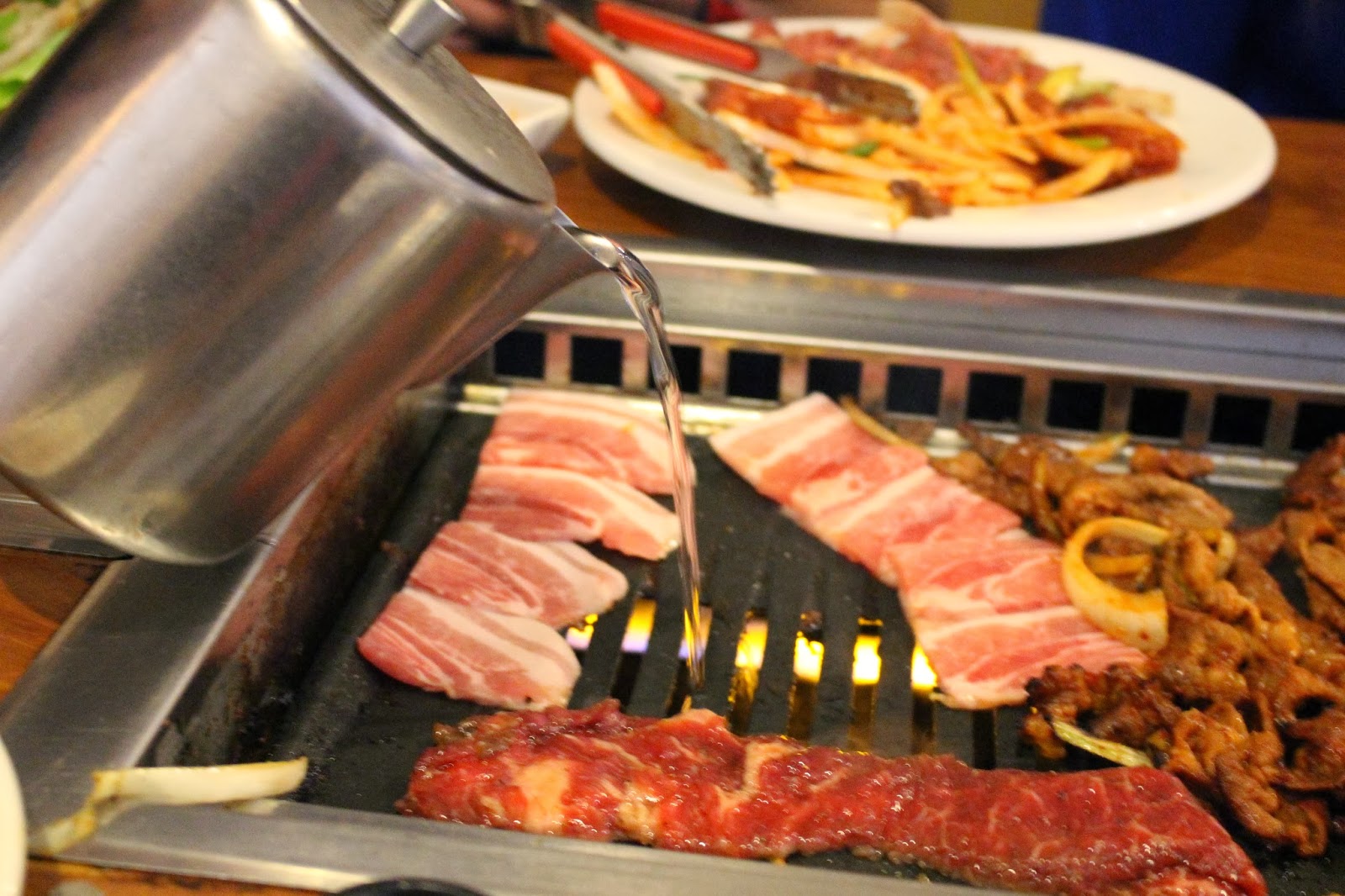 During the meal, there were toasts and shots of soju taking place. 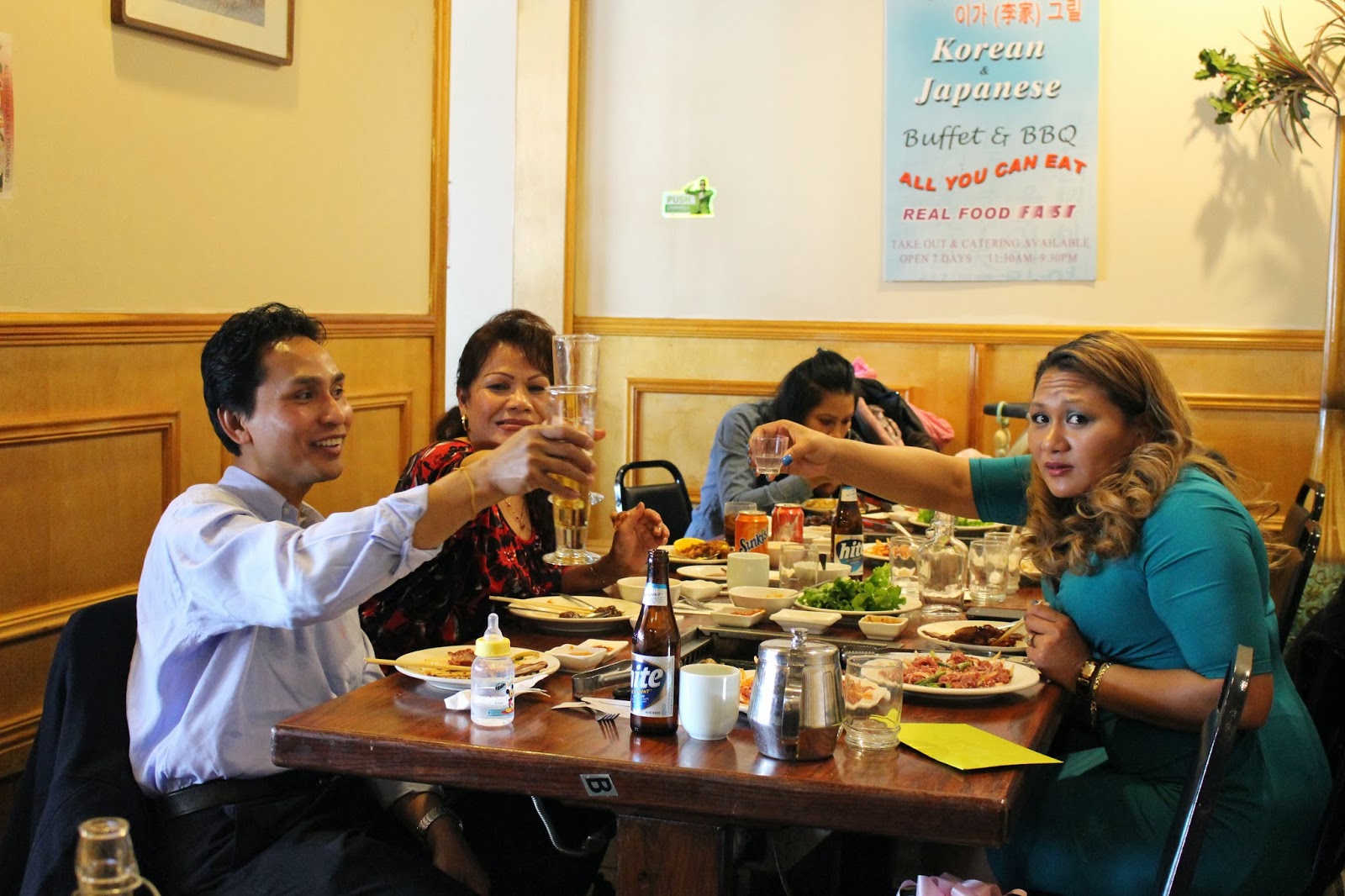 The friendly waitress and server even took shots with Paul and Lyna, they were like VIP! 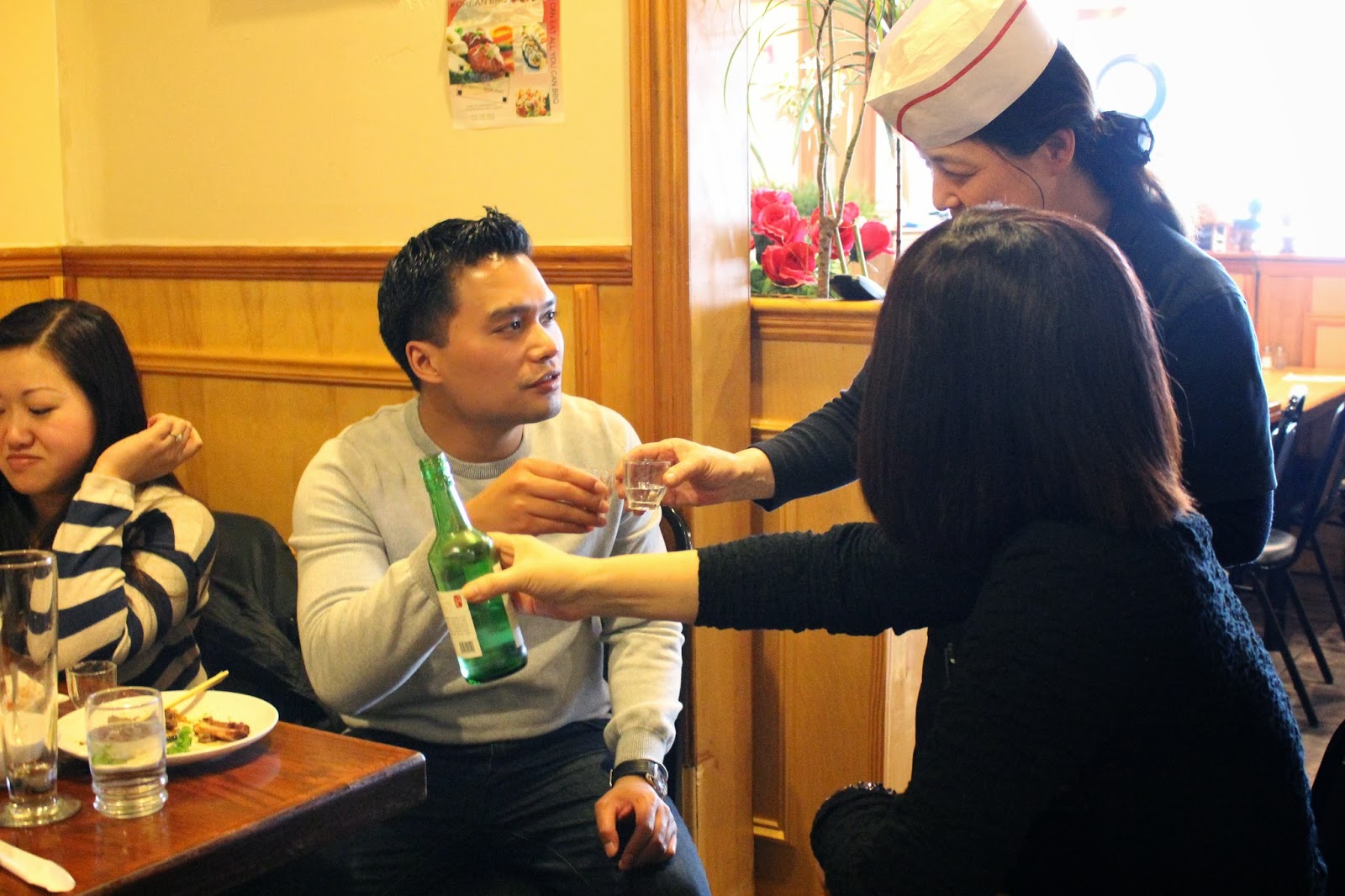 The waitress brought out a surprise Korean dessert ( I think it was the Choco Pie marshmallow thing) and we sang to mom and dad. 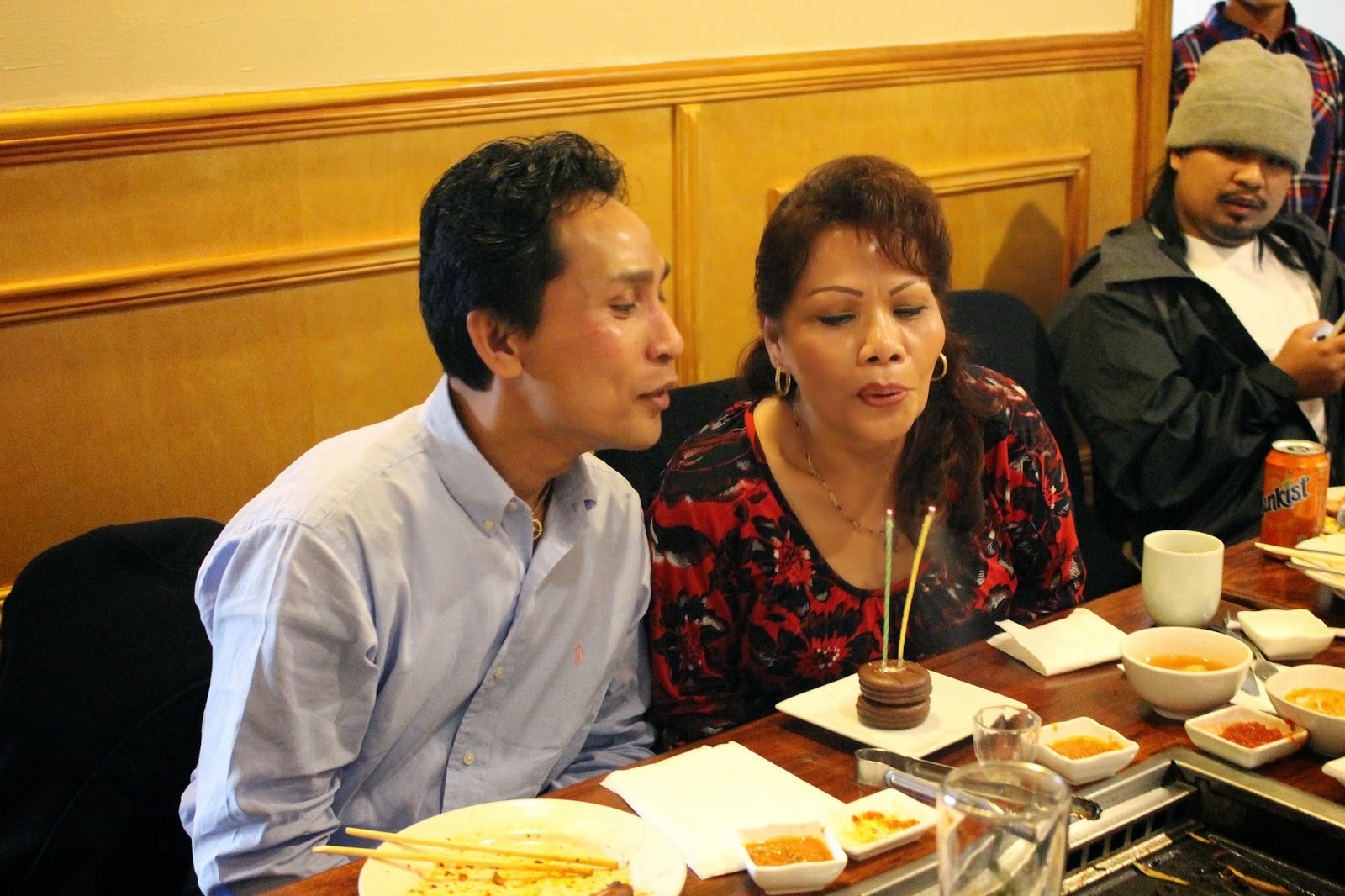 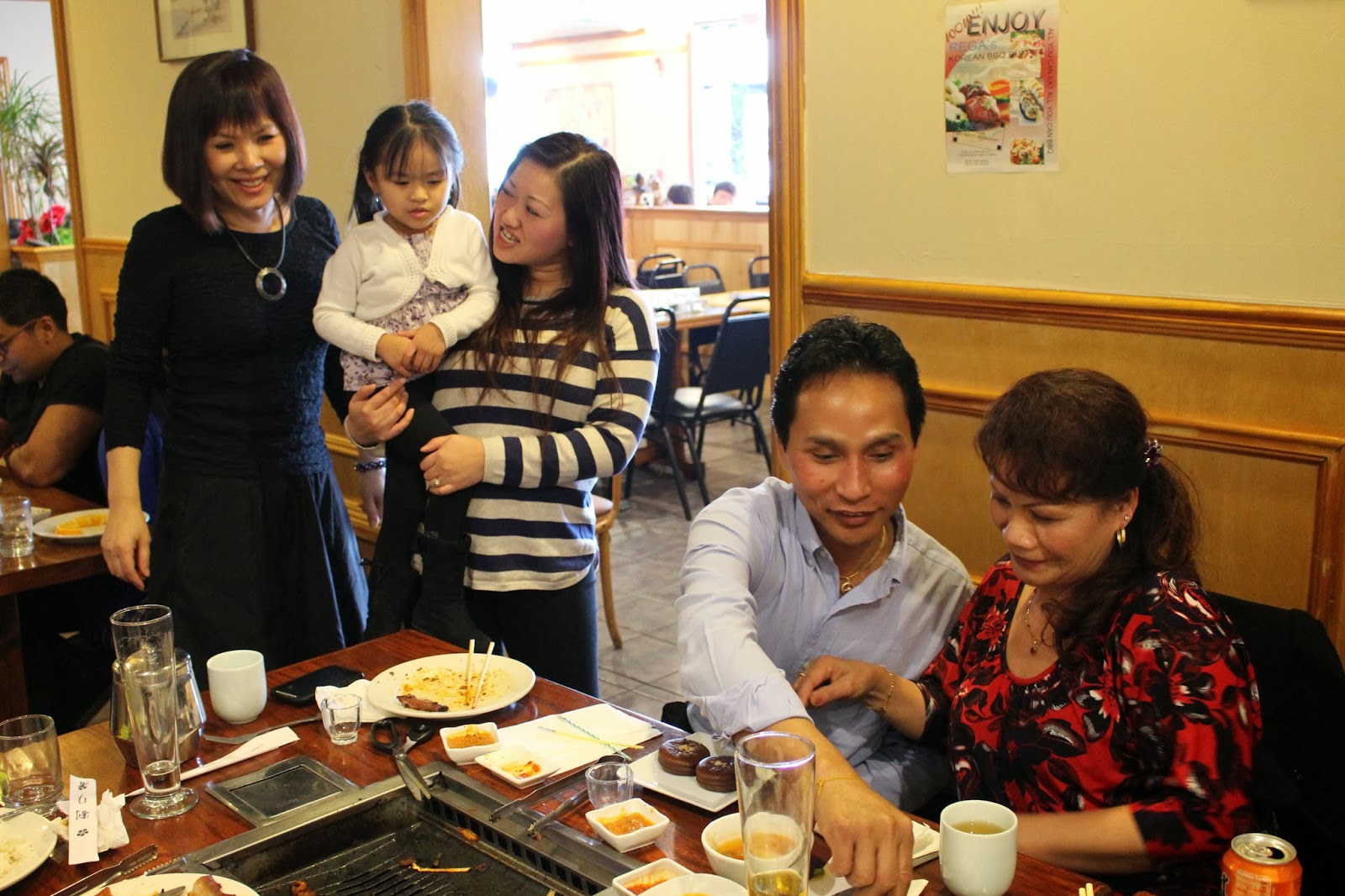 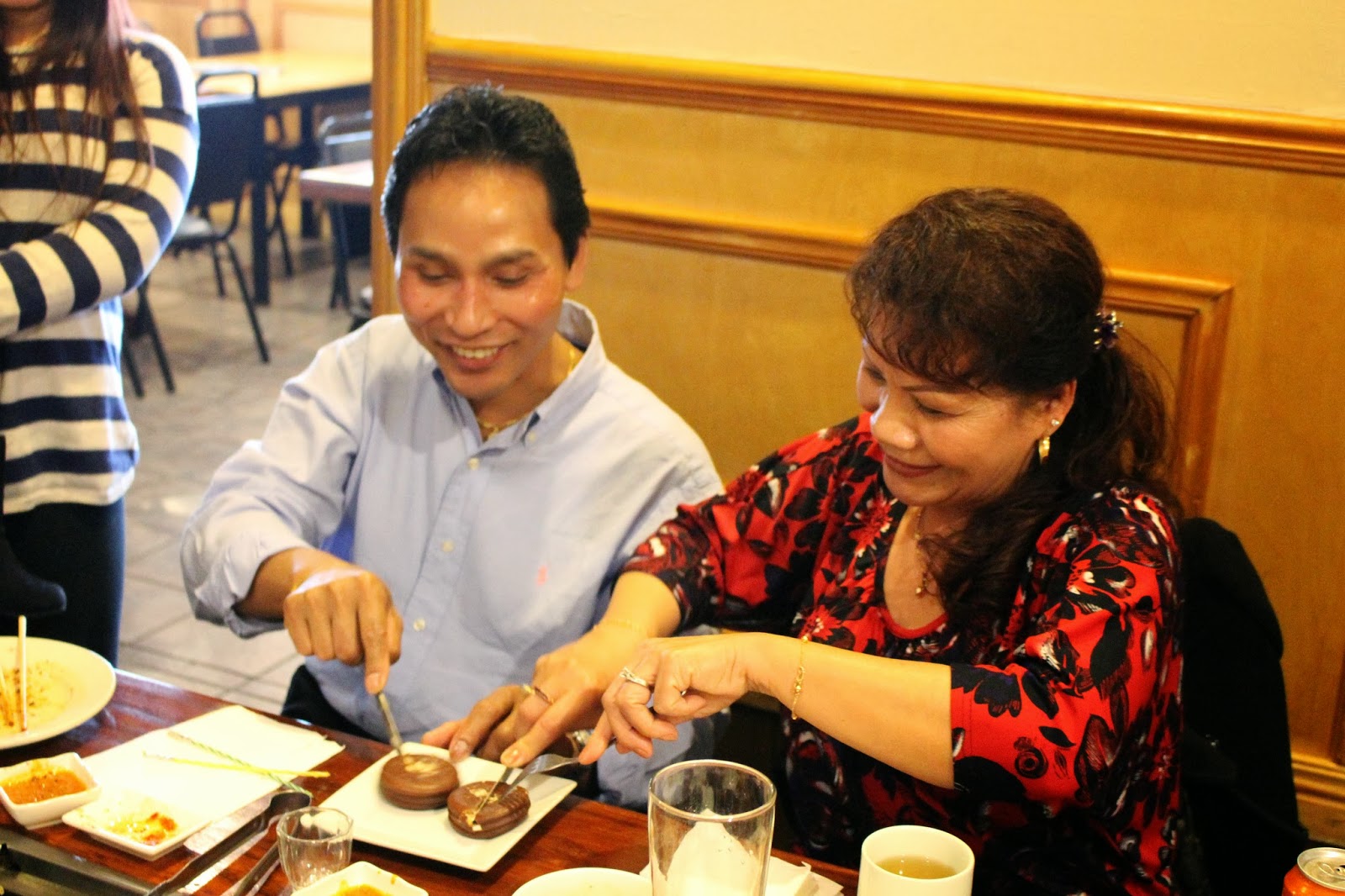 They were so cute! 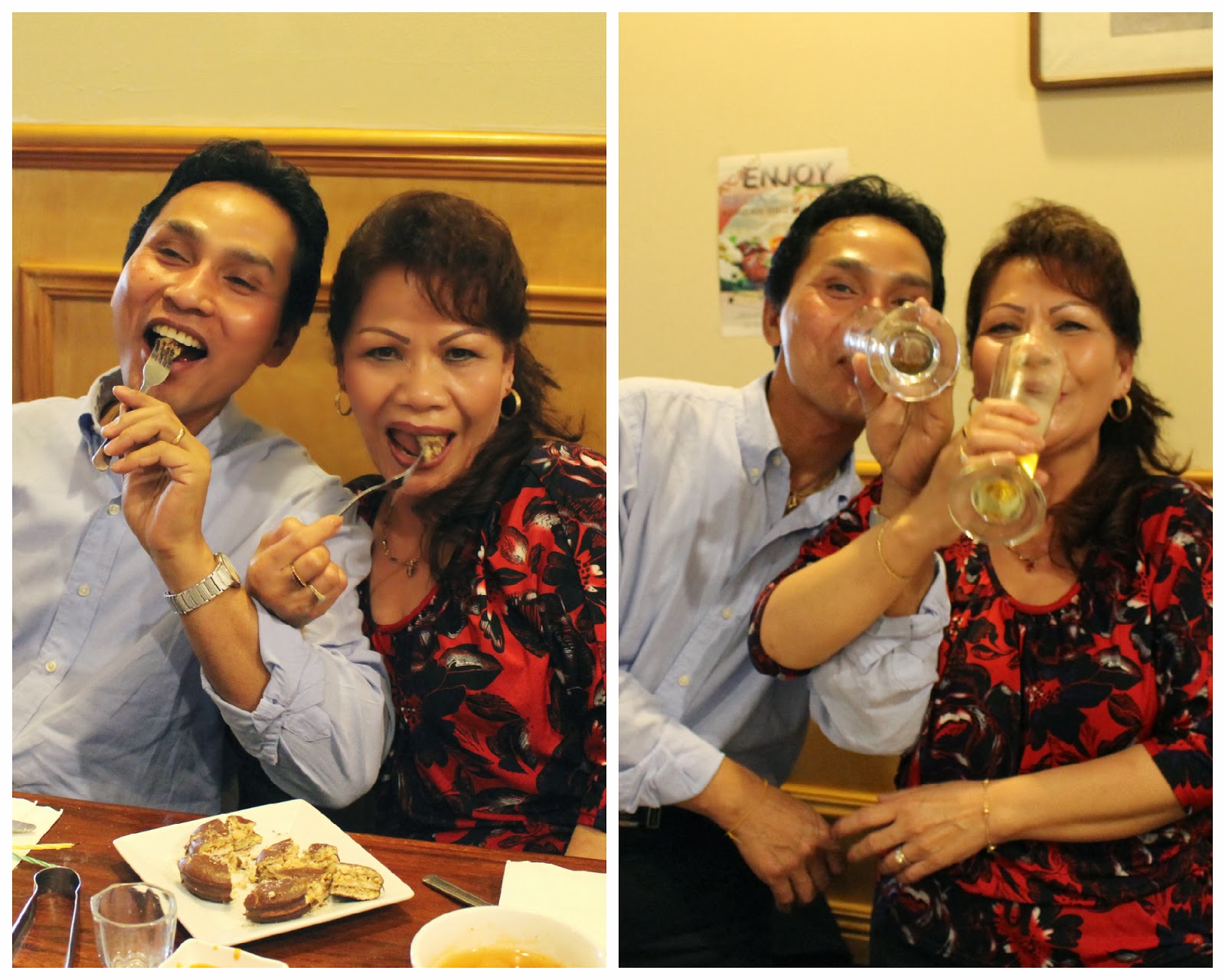 We had a great time with the family.  It was a great meal but definitely second to Korean BBQ at the Delorie's household.  I would definitely recommend this place for inexpensive All you can eat Korean BBQ.