Pan Asian Fusion cuisine at All Seasons Table in Malden 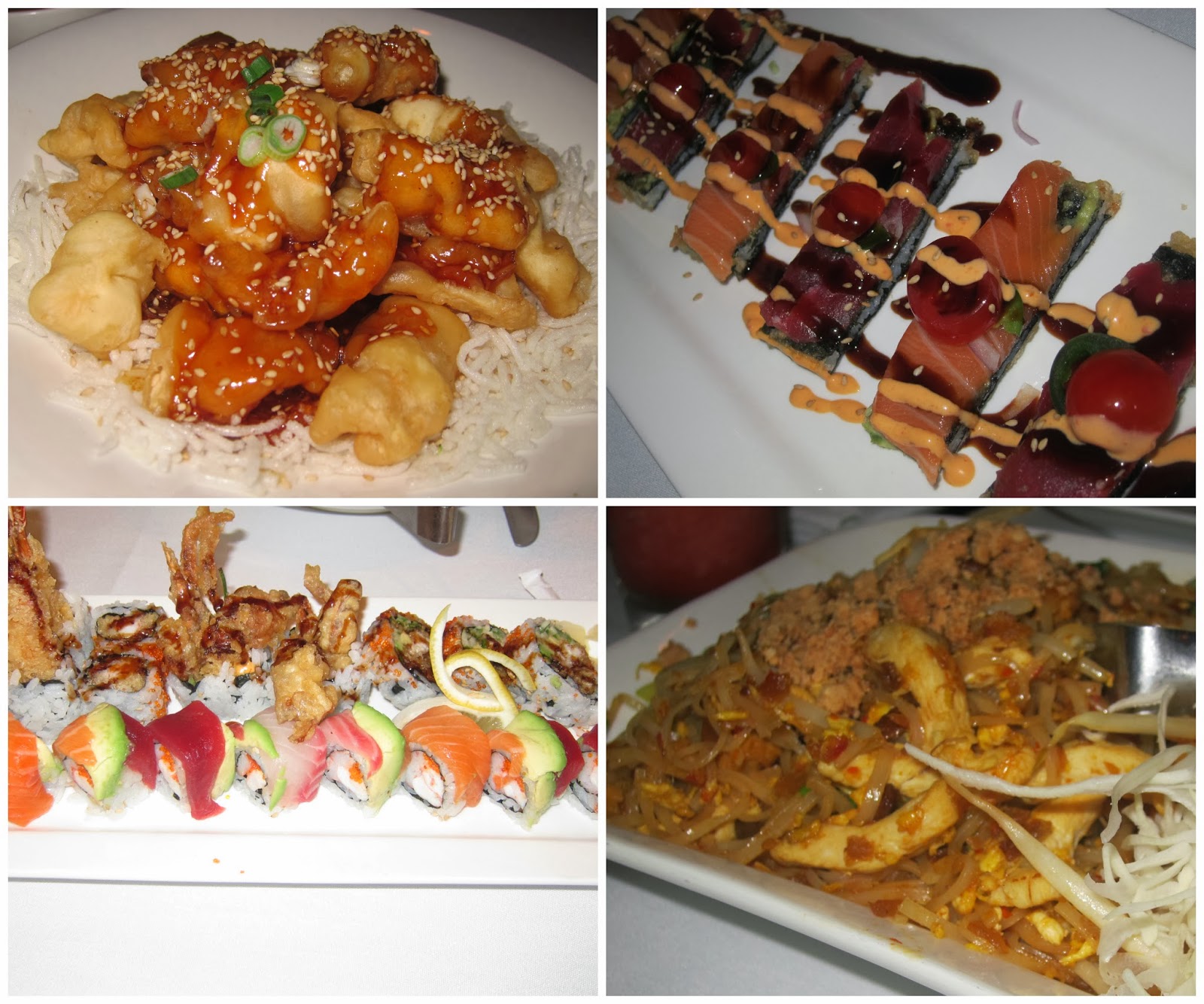 We were heading into Boston for a Celtics game with the Mo's little brother and girlfriend.  After a nauseating car ride and traffic in Malden, we arrived at All Seasons Table on 64 Pleasant Street in Malden. By the sound of the name of the restaurant, you wouldn't have guessed that it was an Asian restaurant.
The kids were in the mood for sushi and I couldn't find any places near North Station with raving Yelp reviews and I came across this modern Pan-Asian restaurant on the helpful website.

With all the snow banks, we thought parking would be tough.  Luckily, we found a spot in the small public parking lot across the street.  Although we got there early around 5:00 PM, the restaurant was already lively with patrons drinking martinis and nibbling on appetizers in the lounge area.  The restaurant was recently renovated so there are actually two sides of the restaurants.

The hostess sat us at a table in the backroom behind partial curtains.  I thought to myself that this would be a great space for private events in the future.  The decor was modern with light Asian hints, not overwhelming or cheesy at all. 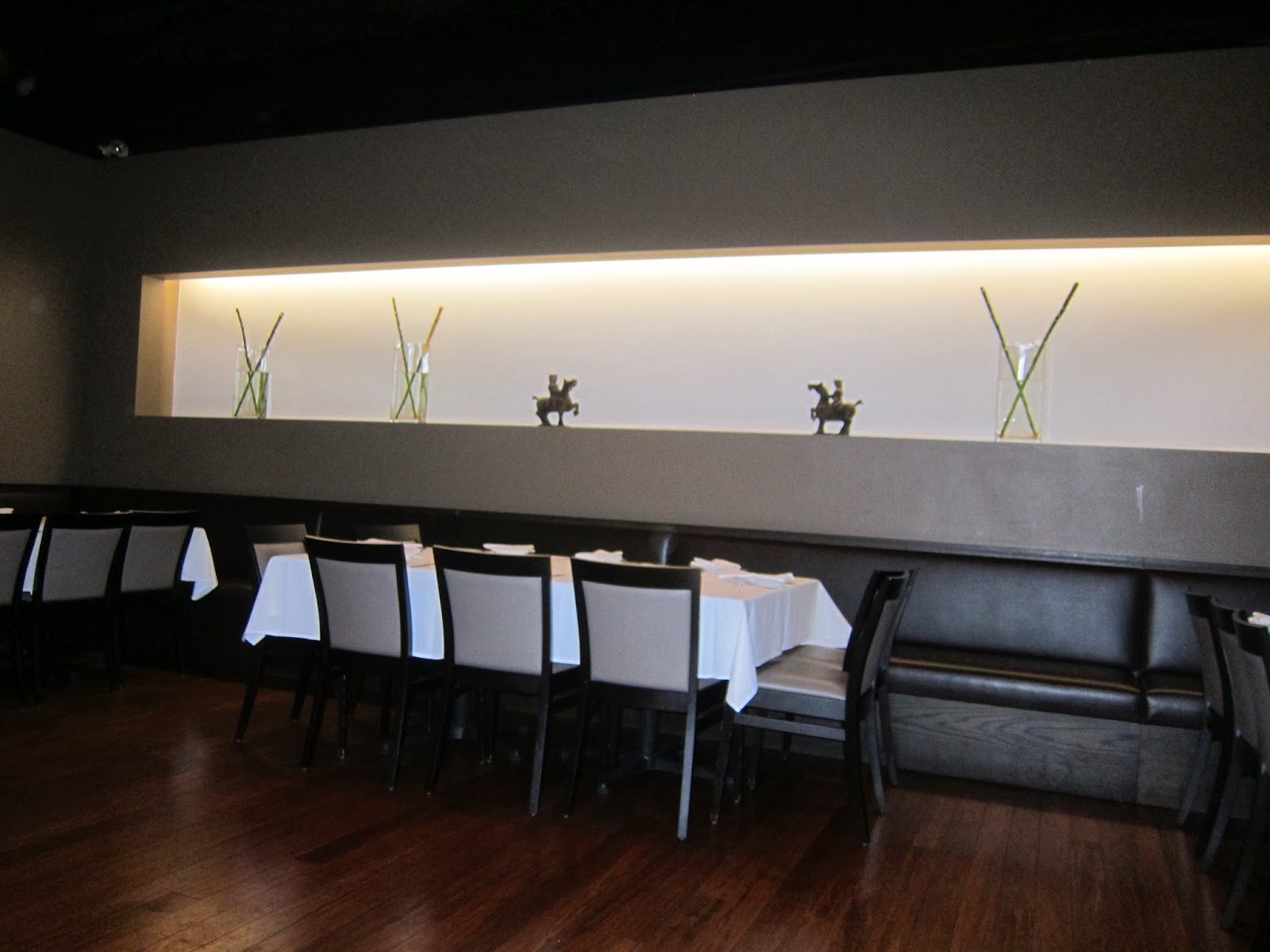 The extensive menu and drink list was overwhelming.  I couldn't decide if I wanted an $11.00 lychee martini or a Scorpion bowl.  I settled for a Mai Thai and the others tried the strawberry daiquiri and the Mo just got a Sapporo beer.  There were a few different types of Mai Tai's on their extensive drink list;


I got the original Mai Tai.  It wasn't as potent as I am accustomed to
For starters, we ordered a few maki rolls: My favorite being the Spider roll with soft shell crab, a shrimp tempura roll and a Rainbow Roll with shrimp, crabmeat, tobiko and spicy mayo topped with tuna and salmon sashimi.

There was also a "Dinner Specials" menu and we ordered the Fried calamari with sesame glaze in addition to the sushi pizza.  Both were excellent choices! The batter was for the calamari was a bit different than the crunchy Chinatown version that I am used to.  Instead it was more thick and soft, similar to an Onion ring.  The sweet sesame glaze that coated the batter paired well with the calamari.

The star of the show had to be the sushi pizza.  The seaweed layers were battered and fried to perfection.  It was topped off with spicy mayo, a grape tomato and shashimi.  I give them an "A" for presentation!


The Roti Canai left much to be desired.  The Malaysian bread was deep fried and greasy, not prepared on a griddle or flat pan as I am accustomed to.  There was also a higher ratio of curry than bread.

For dinner, we shared a few different entrees.  I could have done without the Phad Thai, the noodles were broken and the flavor was lacking.  Also, the color of the noodles reminded me of Singaporean noodles with a light yellow/green curry color.  I wasn't a fan of the fresh cabbage that took up almost half of the plate. 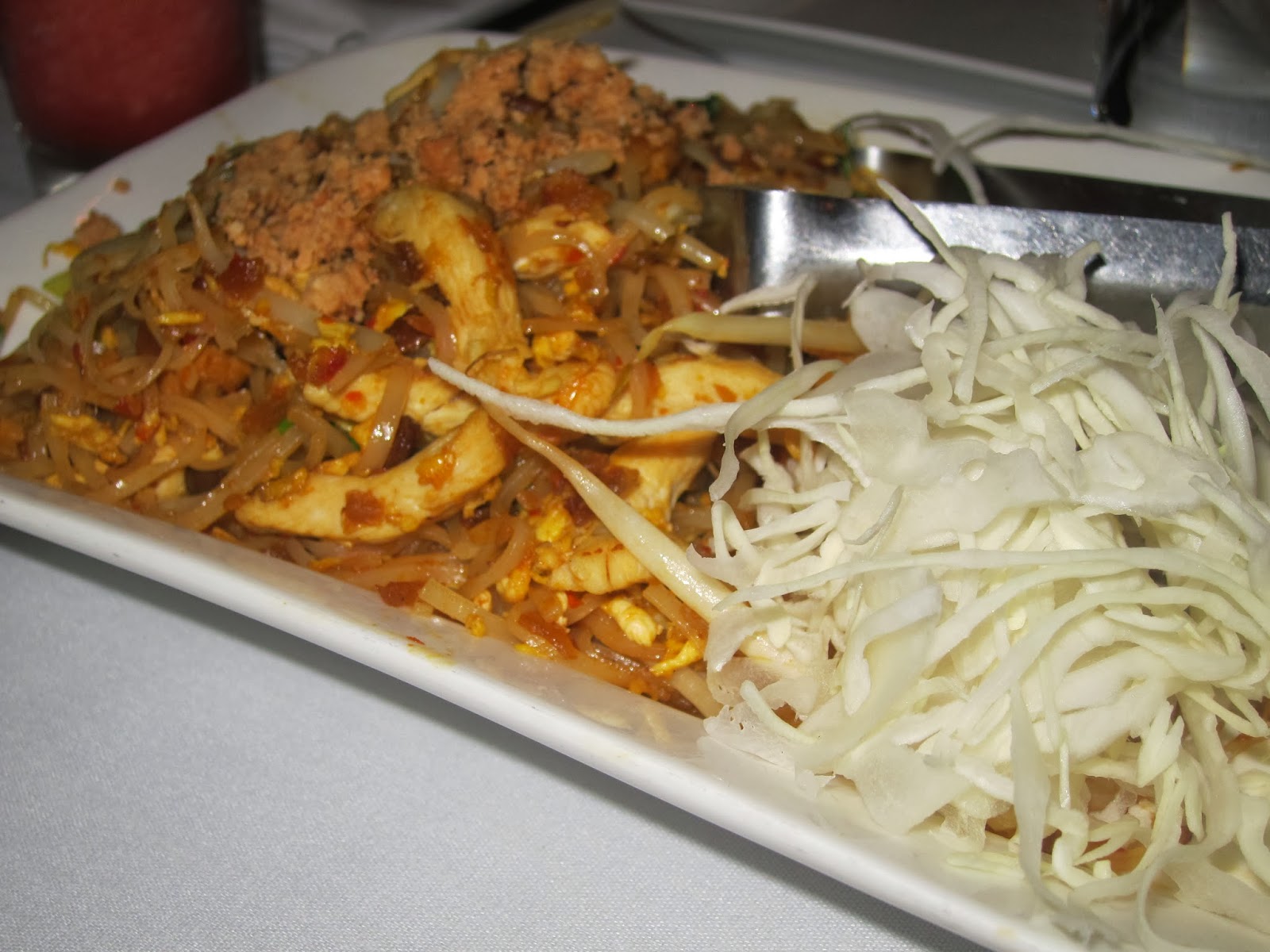 By the time the entrees came out, we were stuffed.  The crispy sesame beef was up to standards as any other Chinese restaurant.  I was happy that rice was included and not a separate charge. 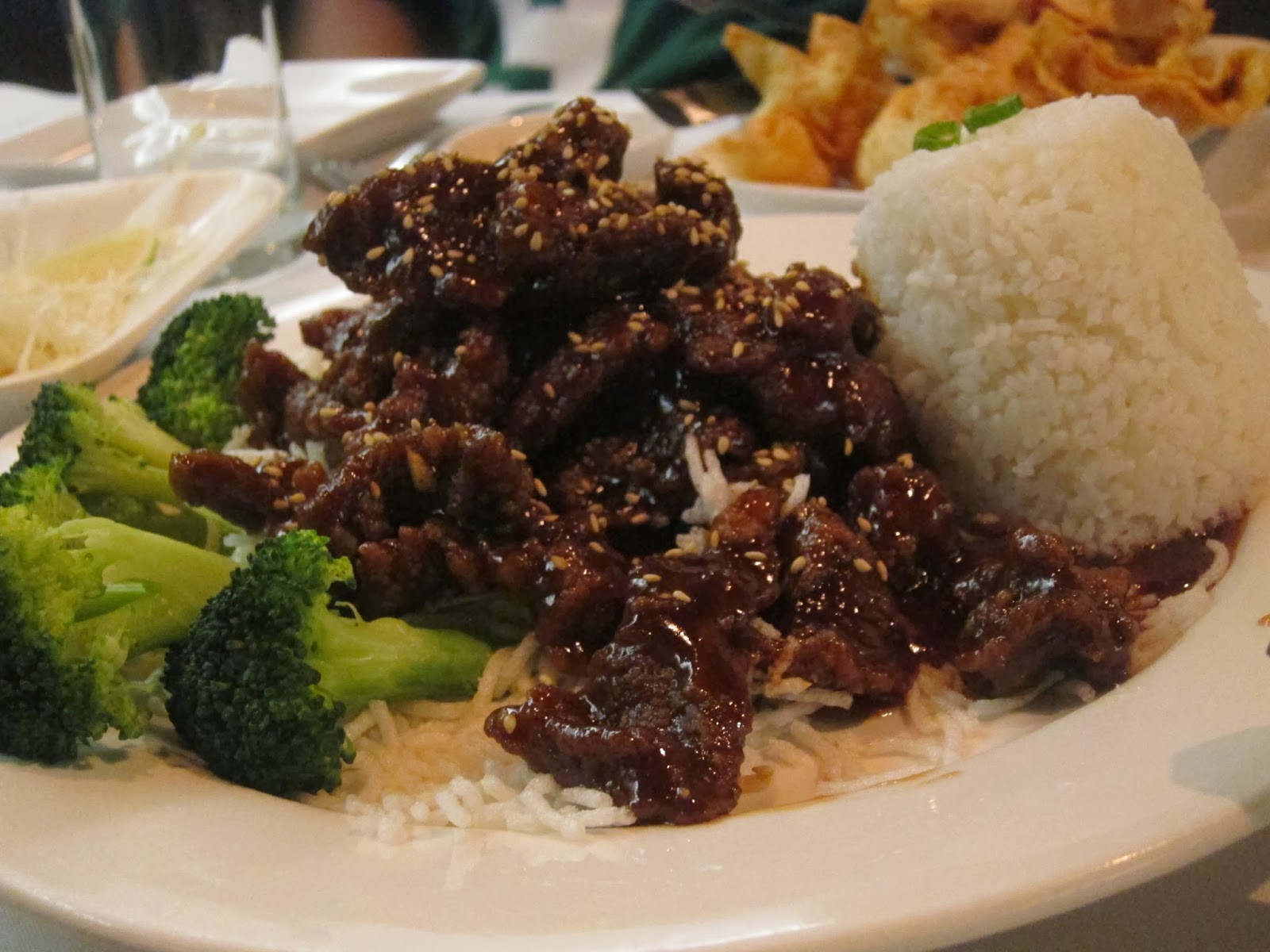 The crab rangoons were great!  There was a great portion of cream cheese and imitation crab meat. 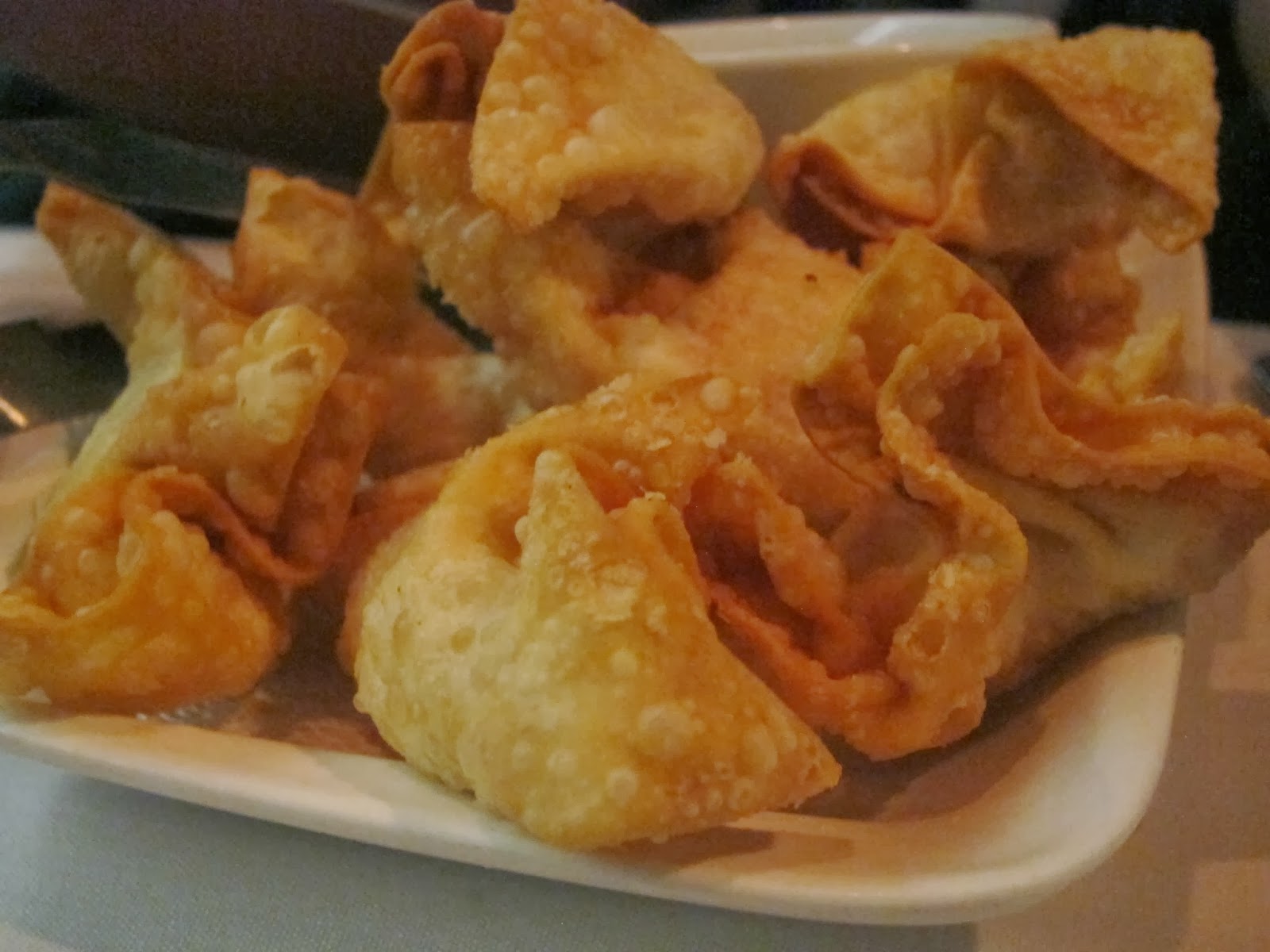 Although drink service was a bit slow, our waiter "Cool Willie" was excellent.  He was quick to clear our tables and was always around when we needed him.  I also thought it was a nice tough that we got wet naps between our appetizer and main course to clean our hands.

With drinks, appetizers, sushi and entrees, the bill was about $ 180.00 including taxes and tip for 4 people.   Not bad at all! Most important, the kids were stuffed and they were happy campers. 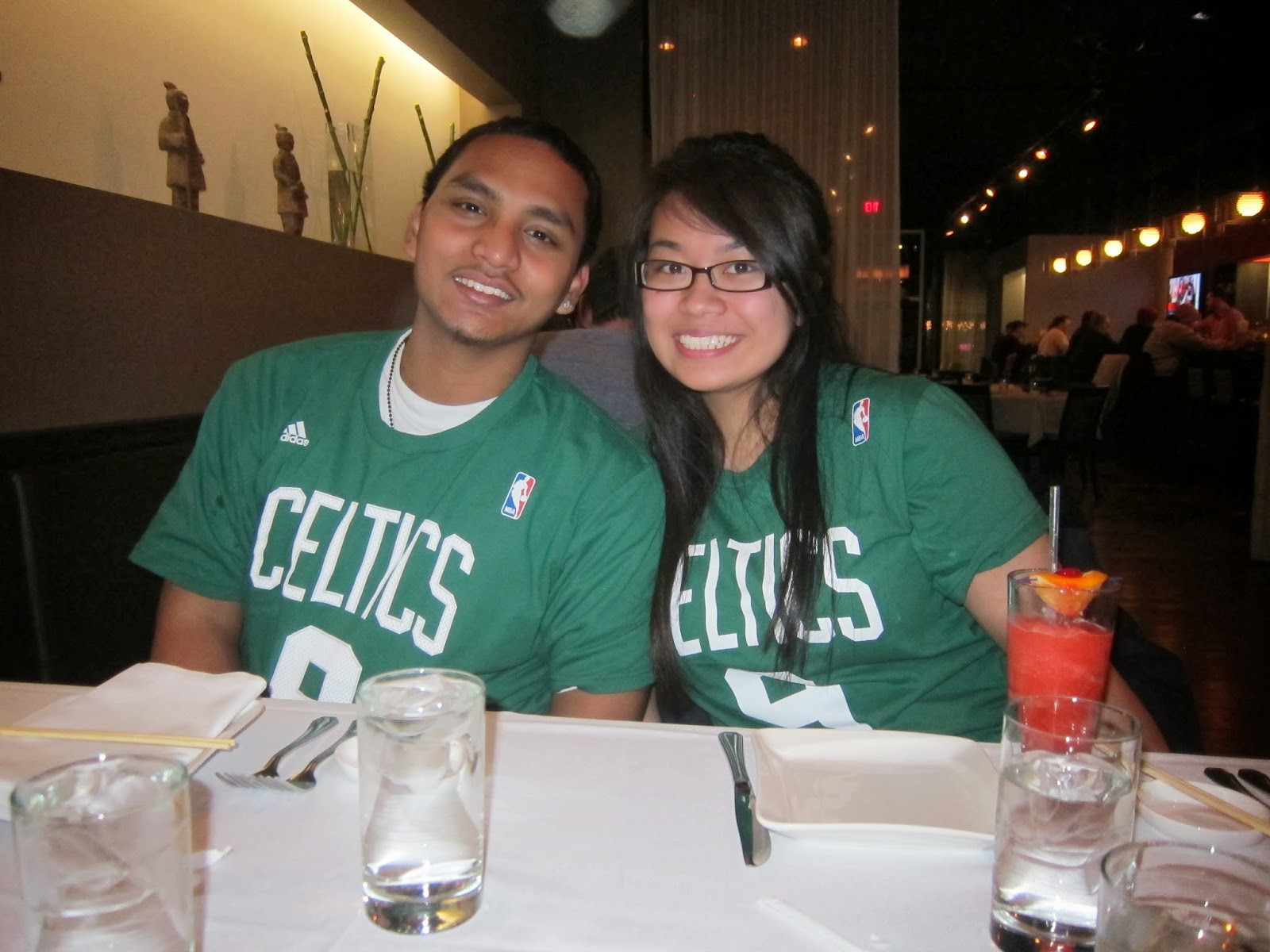 Overall, I would recommend this restaurant to anyone looking for a nice romantic date night.

Things to know:
Validated parking is available in the parking lot nearby.

I liked the place so much that I suggested a work-outing with the coworkers! We ordered similar stuff and it was still fantastic! 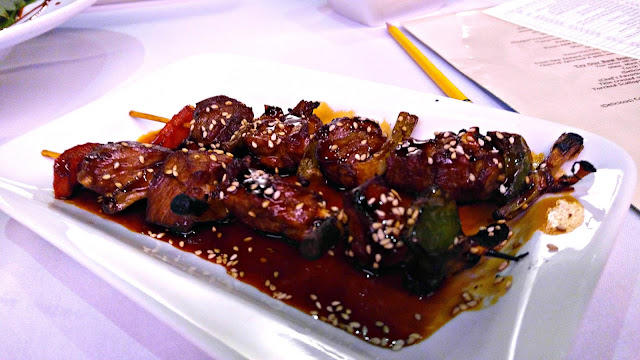 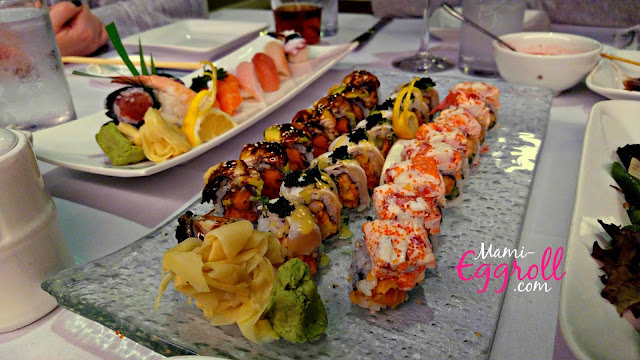