It was JUST OK

We've been spoiled with the opening of China Star and never needed to go into Boston for dim sum. 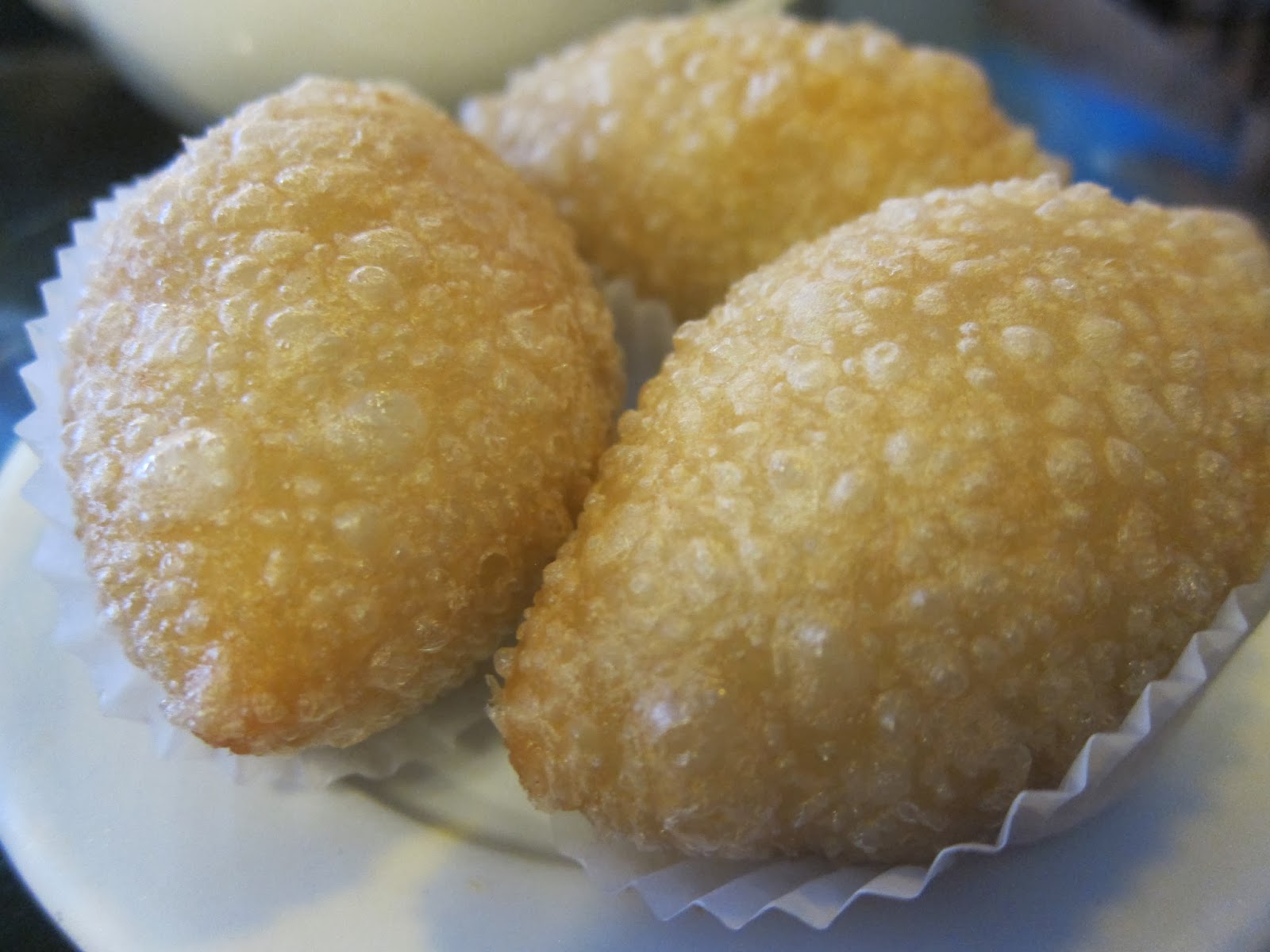 Today we happened to heading into Boston and stopped by Chinatown for brunch.  Parking on a Sunday in Chinatown is always a nightmare.  There are pedestrians aimlessly walking without looking both ways, cars double parked on the narrow roads with their hazard lights blinking, lots of construction and one way streets and of course, traffic.  After looping around the block a couple times, we were liked "Fuck it, let's just park in the garage!" Of course you can park at Chau Chow for only $10.00 but your car is usually blocked in and for ONLY an extra $1.00, you can get in and out of the parking lot on your own terms.

We originally had plans to go to The Gourmet Dumpling House but we walked by Bubor Cha Cha and the flyers on their windows appealed to me. 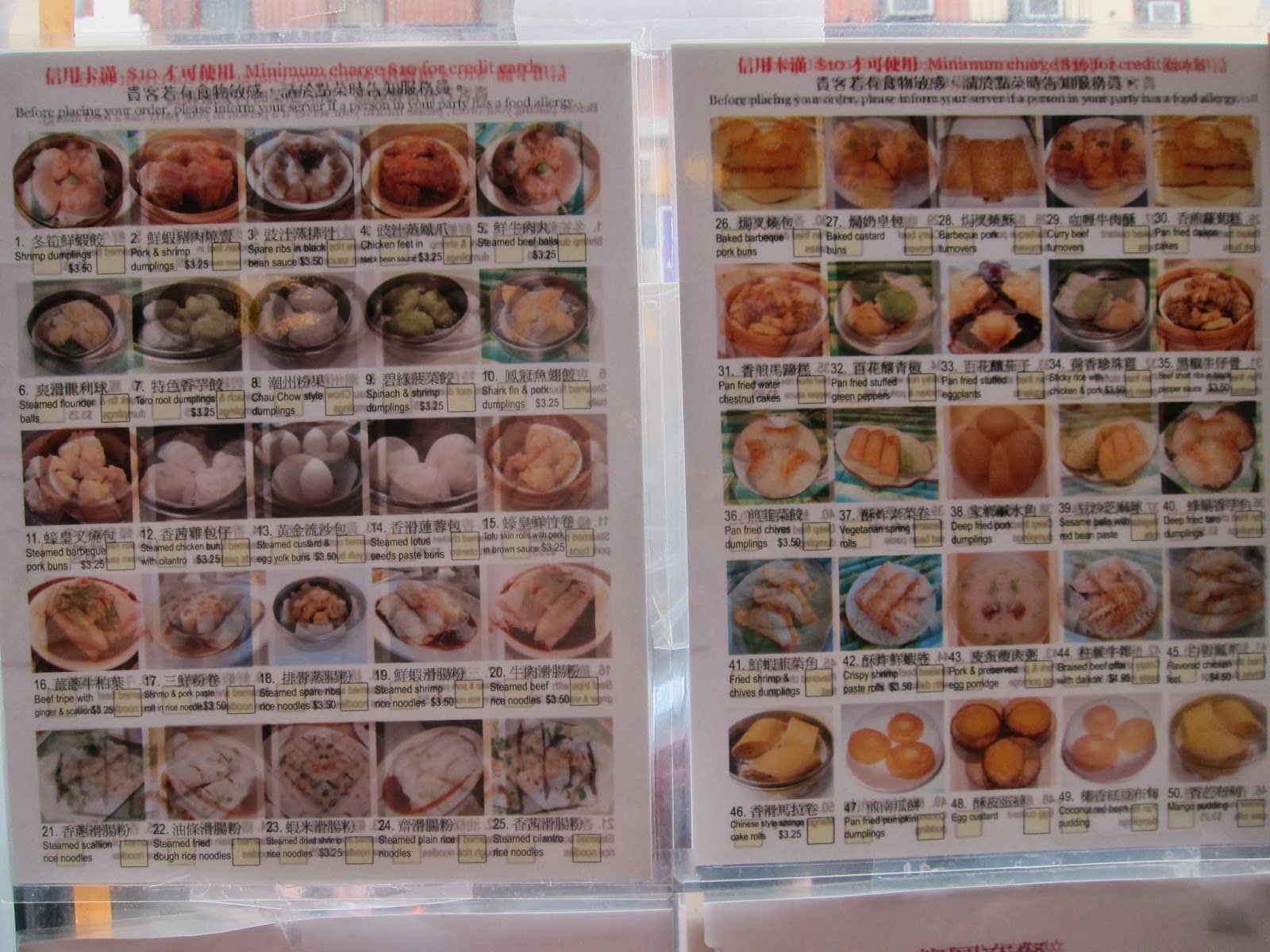 I rarely know any of the prices of dim sums, just the price ranges from $3.00-$8.00 for fried seafood specialties.  We decided to go in and give it a shot.  The restaurant was nearly full and there was a wait at the door.

Since it was just us two, we didn't have to wait. We were seated on the "stage" level by the door.  It was a little cumbersome with customers stood their with the door open.  Service was typical Chinatown style, which means unwelcoming. They weren't rude or anything but just always in a hurry and seemed annoyed if I had questions.  Since the restaurant is on the smaller side, there were not dim sum push carts.  Instead, we received laminated dim sum menus with dry erase markers to mark off our desired small plates.  That means, the food will be fresh and hot! 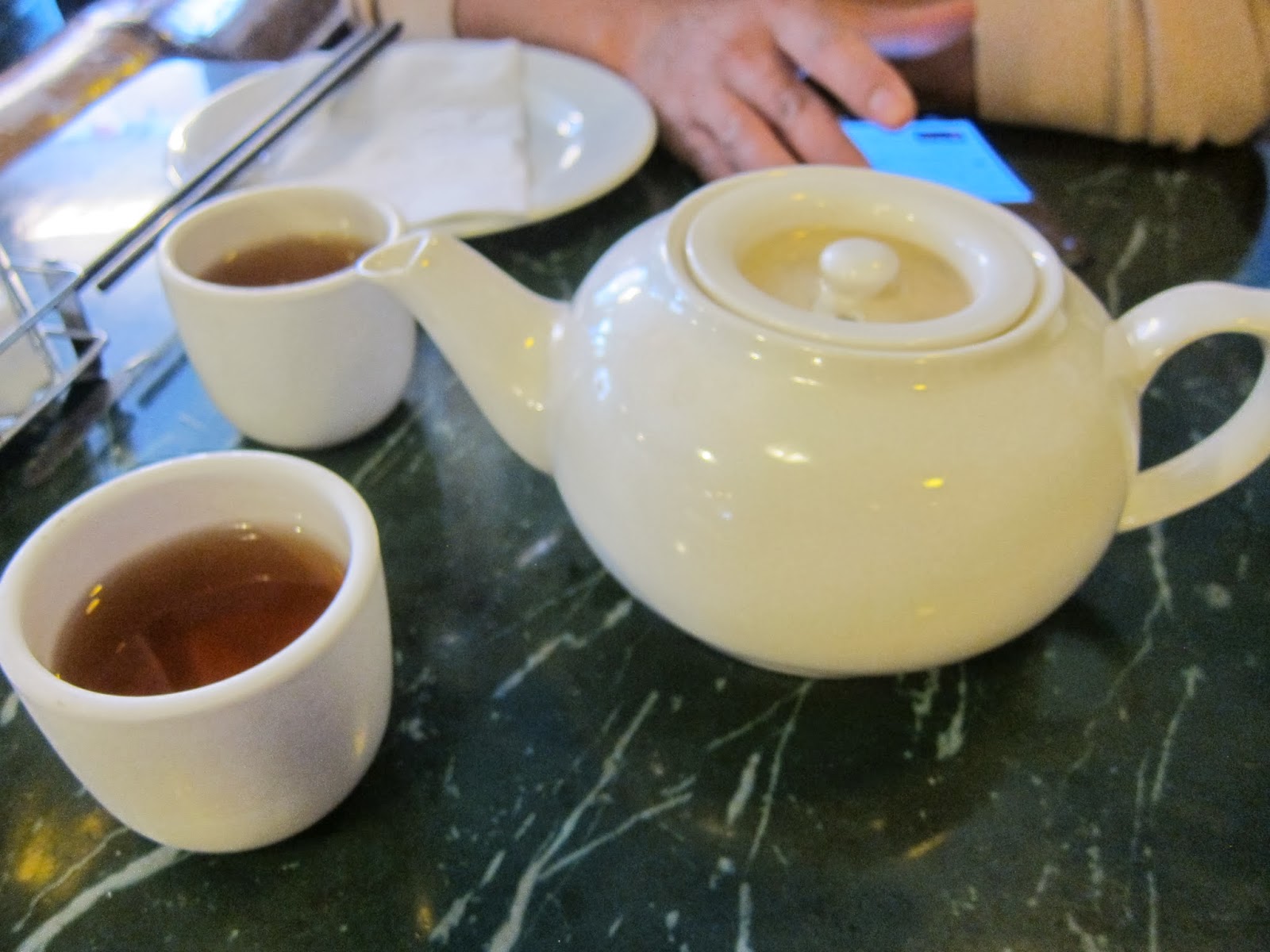 We were served the complimentary Chinese Tea in a pot and the server took our order off the laminated menu.  We ordered a handful of our favorite Dim Sum choices as well as beef chowfoon noodles with gravy. A couple of minutes later, our meal started arriving.

The fried Chinese doughnut wrapped in wide rice noodles was not that great.  The fried dough was chewy as if was old. 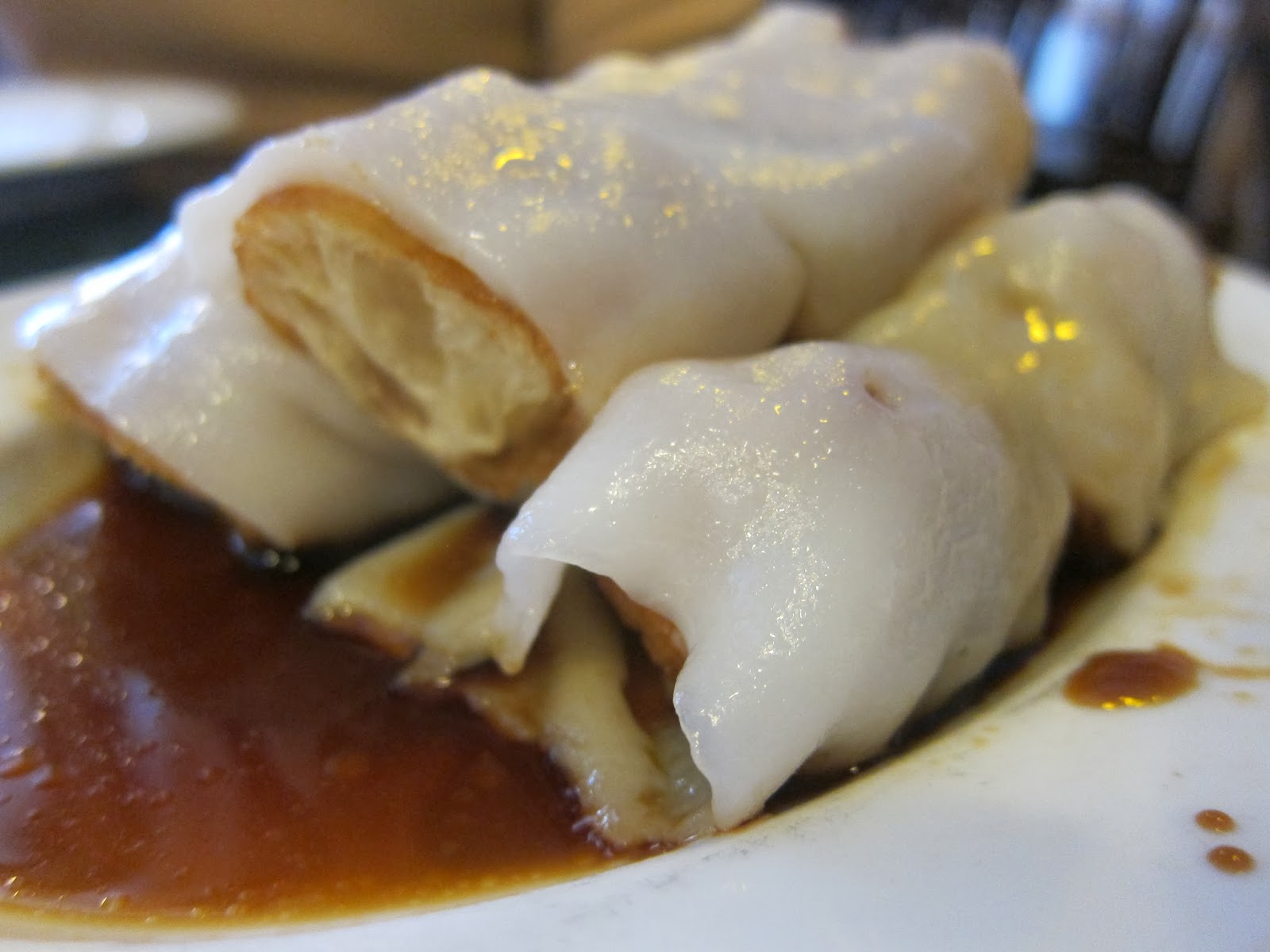 The pork spareribs in black bean sauce lacked flavor and black beans.  The meat was tough and fatty.

The steamed BBQ pork bao were tasty.  The meat filling wasn't as vibrant in color as I am used to, instead it was a dark brownish color and not the pink/magenta artificial BBQ color that is familiar. 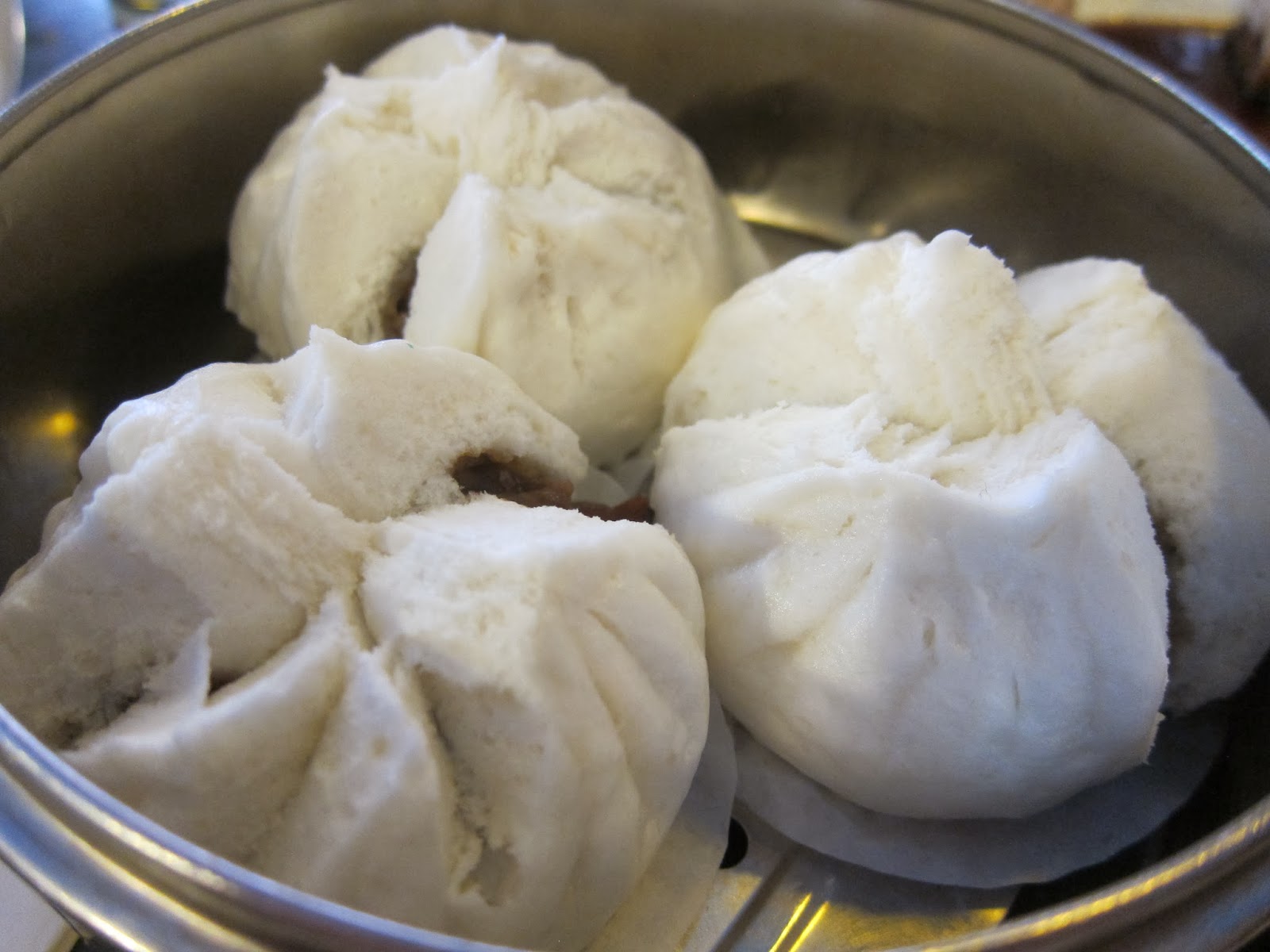 The pan fried daikon cakes were delicious.  I love when they are fresh and maintain a thin crispy coating with the soft rice flour in the middle.  There was ample salty pork bits in each bite.

Although the fried pork dumpling was on the greasy side, it was good.  It tasted a bit fishy like it was just fried in the same oil as seafood.  I wouldn't be surprised since this was a seafood restaurant. 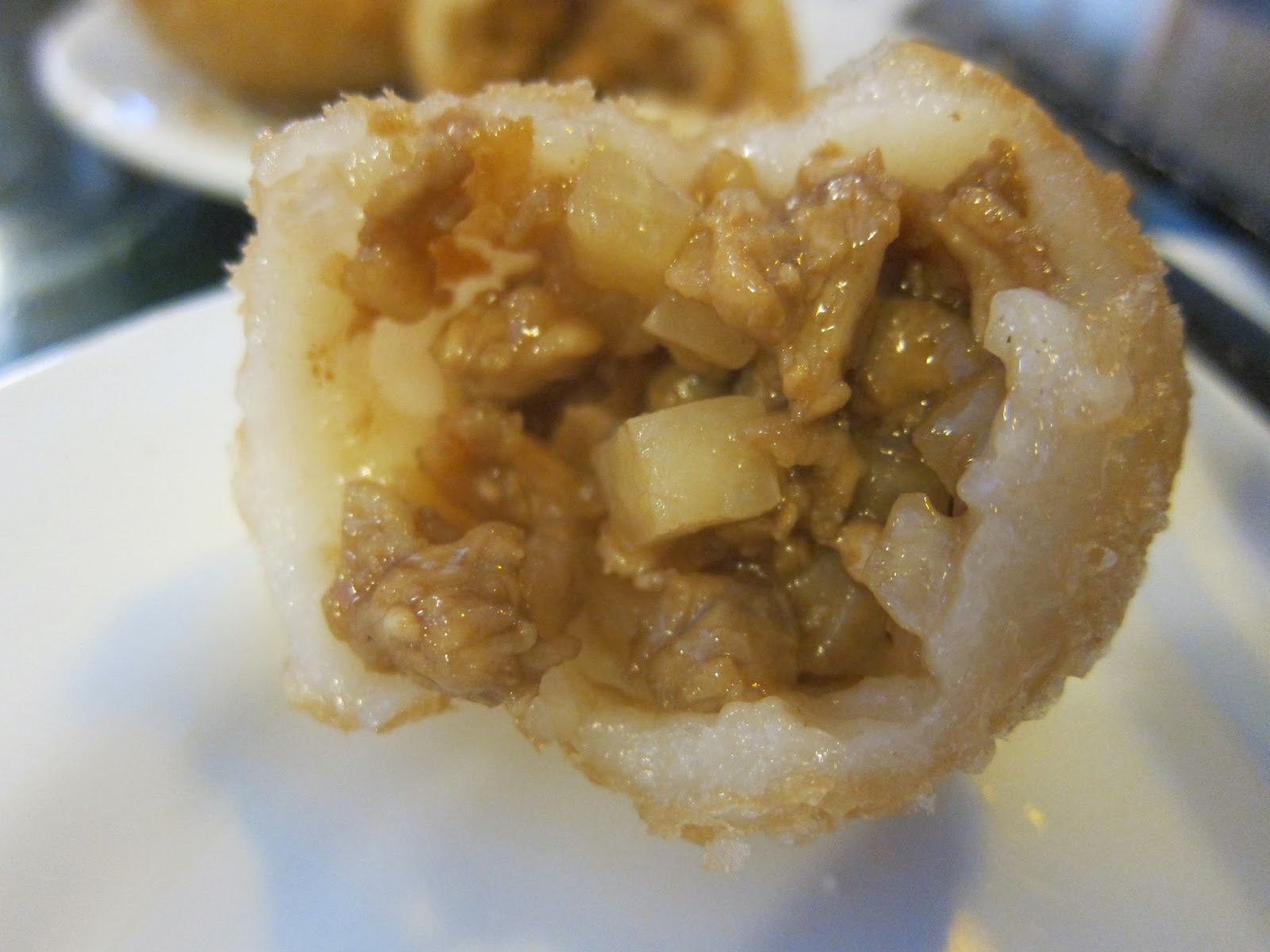 We were finishing up all our dim sum bites and realized that we never got our noodle dish.  About 20 minutes had passed so we asked the waitress to cancel the order if the kitchen had not prepared it yet.  Sure enough, the beef chow foon noodle dish arrived at our table a minute later.  We were too stuffed to eat it so asked for it to be wrapped to go.  I did try one bite, the beef was tender and the flavor of the gravy sauce was good.

Our bill came to $26.00, not bad for all those Dim Sum orders and massive plate of noodles.  Would we go back? Probably not.