10 things to make with that leftover turkey

Although we had a fantastic meal at the Delorie's during the afternoon on Thanksgiving, we still had our own turkey that had been brining in salt water and spices for two days.  After a quick nap, I popped the bird into the oven, breast side down for 4 hours.  I know.. what a faux pas!.. I'd rather have a moist bird than risk dry breasts.  Who cares? It's just us two tonight and there's no one I need tioimpress. 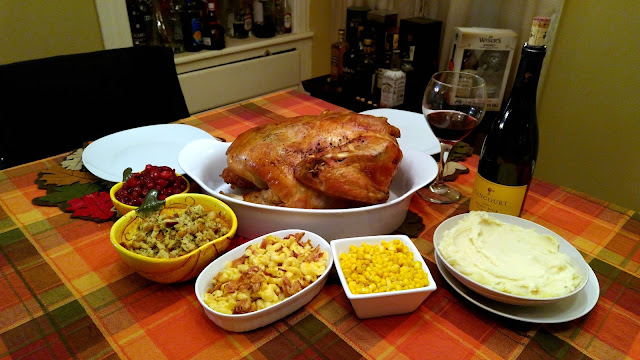 I'm the Queen of "re-purposing", even my coworkers would back me up on that.  I decided to see what I could do with a 17 pound bird post Thanksgiving.  Sure, there's the staple Turkey sandwich... but I wanted to take it up a notch. I actually cooked all of this over the weekend (and then some not pictured)  Enjoy!

First things first, I deboned the turkey and separated the meats based on what I would be making. For instance, for sandwiches and soups, I'd be using only white breast meat and I saved the dark meats for chili and rice congee. I also froze some turkey meat that I know I would use later on but was afraid it would go bad in the fridge after a few days or so. 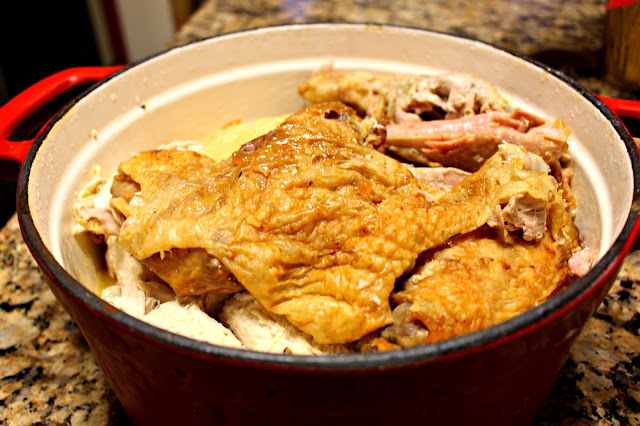 I portioned out the turkey meat for each recipe.

Tonight, the Pats are playing Denver. How convenient is it that I have a shit load of turkey to cook. So it's been a couple days (three to be exact) but today's the last day that I'd actually use the meat that hasn't been already frozen.

Buffalo Turkey Egg Rolls
First up, is the turkey version of buffalo chicken eggrolls. I mixed white breast meat, cream cheese, Frank's red hot sauce and some sriracha before I rolled them up into eggroll wrapper. Instead of frying them, I baked them in my counter top oven for 20 minutes.  They were crispy and oozing with cheese. I was inspired by Del Frisco's Grille and drizzled some Mae Ploy sweet chili sauce on them to sweet it up a bit. These were my favorite snacks out of the whole weekend!

Since I was already making turkey chili, I used some to top off Tostito chips along with some sour cream, salsa, jalapeno and scallions. It was delicious!

OK, everyone makes turkey sandwiches for days after Thanksgiving. The thought of cold bread and mayo didn't intrigue me, I went with a hot off the press version using my 10 year old personal size George Foreman Grill and pressed Asiago Ciabatta bread filled with turkey breast, bacon and brie served with steak fries and a side salad.

Originally I was going to make Buffalo Turkey Dip but since I made the eggrolls, I decided against it. To fulfill my dip desires, I made curry Turkey salad and served it with celery and crackers.  I mixed white and dark meat turkey with light mayonnaise, sea salt, pepper, mustard, olives and a dash of curry.  I only put a tad bit because turmeric (a spice in curry powder) can be overwhelming.

When the Mo and I hit up Cambodian and Vietnamese restaurants, we almost always get the fresh goi cuon spring rolls. Today I made a turkey version with turkey breast, rice vermicilli, Boston bibb lettuce and shrimp. I kept it simple because I was lazy (and because I lacked the other ingredients). I made the sauce using hoison, peanut butter, water, oil and other seasoning. 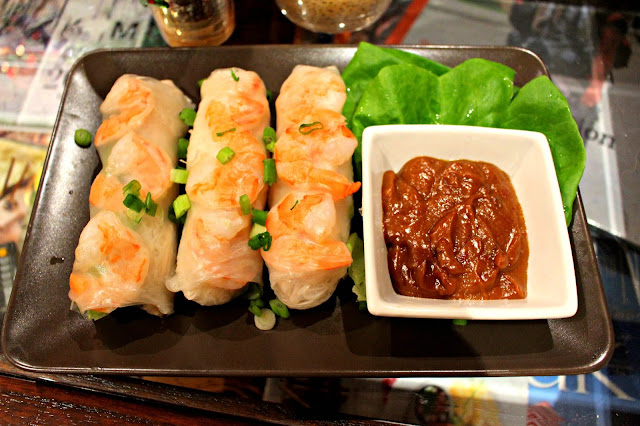 Turkey Noodle Soup
When I wasn't prepping for game day grub, I prepped lunch for the week. I'll be eating soup for the next few days.

The most popular soup is probably the chicken noodle soup. I made the soup using turkey breast instead of chicken. I kept it simple and used boxed chicken broth instead of making my own.  I added garlic, onion, carrots, celery and fresh flat leave parsley. I boiled the egg noodles for 6 minutes and set it aside.

Noodles tend to absorb the water and brother when it sits for a long period of time. To prevent this, I packed my noodles and broth separate for when I bring it to work. Once I'm ready to eat it, I would just heat it up in the microwave separately and add the noodles to the hot broth once ready to be served.

Turkey Cranberry Apple Soup
My favorite soup at Sammy's Deli in Burlington is their turkey cranberry soup. It has sweet potato, apples, parsnips and of course, turkey! It's a bit on the sweeter side by I like it. I washed and diced the sweet potato and apples. Using the same chicken broth, I added the ingredients as well as the parsley. Since I was already making the noodle soup, it was quite easy and convenient. I love this wholesome soup and can't wait to eat it at work this week.

Weight Watchers Heart Turkey Chili
Weight Watcher's has a great tasting turkey chili recipe. It's actually really good and it doesn't taste like "diet food." Instead of using ground chili that the recipe calls for, I used pulled dark meat from the leftover turkey.  It tastes great on it's own or over nachos. Best of all, it's low cal! (well.. sans the cheese and sour cream at least)


Turkey Rice Congee Porridge
I made the staple Asian rice porridge dish for breakfast one day using both white and dark meat along with some pork belly to give it some fatty flavor.  Porridge can be as simple as white rice and water or as complicated as you want it to be.  I stuck in the middle and added a few extra ingredients like meat balls and shrimp (usually the original recipe calls for dried shrimp) 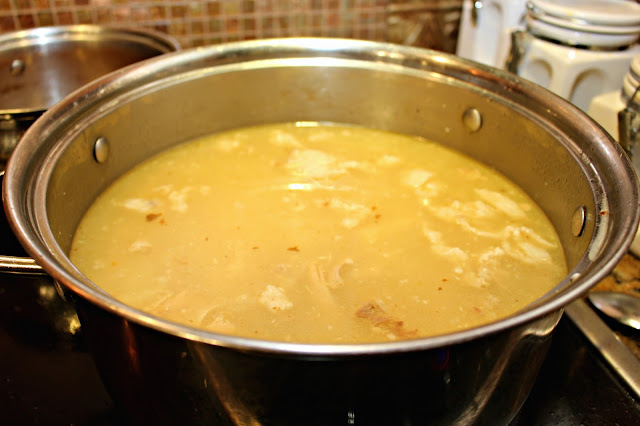 Now, we couldn't eat all the turkey to ourselves! Of course we shared with Chewie and Odie.  They enjoyed Thanksgiving as much as we did! Everyday, they were treated to some turkey in their bowl.