On our way back from Seychelles, we had an 8 hour layover in Abu Dhabi.  Our flight from Mahe was delayed a couple of hours and by the time we disembarked the plane and went through customs and immigration, it wasn't worth it to leave the airport. We still had about 4 hours to kill before we were required at the gate so the Mo and I opted to pay for access to Al Reem airport lounge in Abu Dhabi airport.

The lounge is located in terminal 1 and was a bit of a walk from our gate 58 in terminal 3.  The lobby was inviting and had a "spa like" check in desk.  The 3 ladies behind the desk were very informative and kind.  They even suggested that we take a tour before we commit. 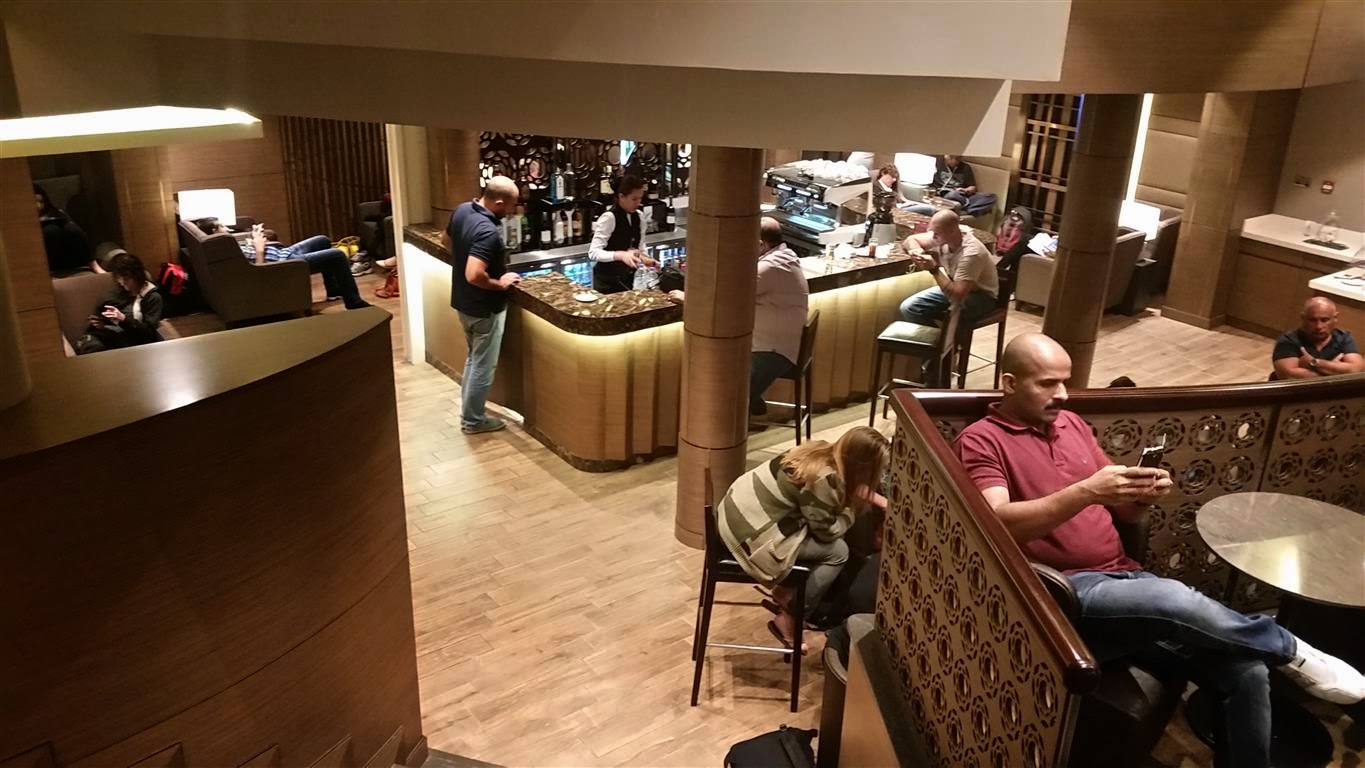 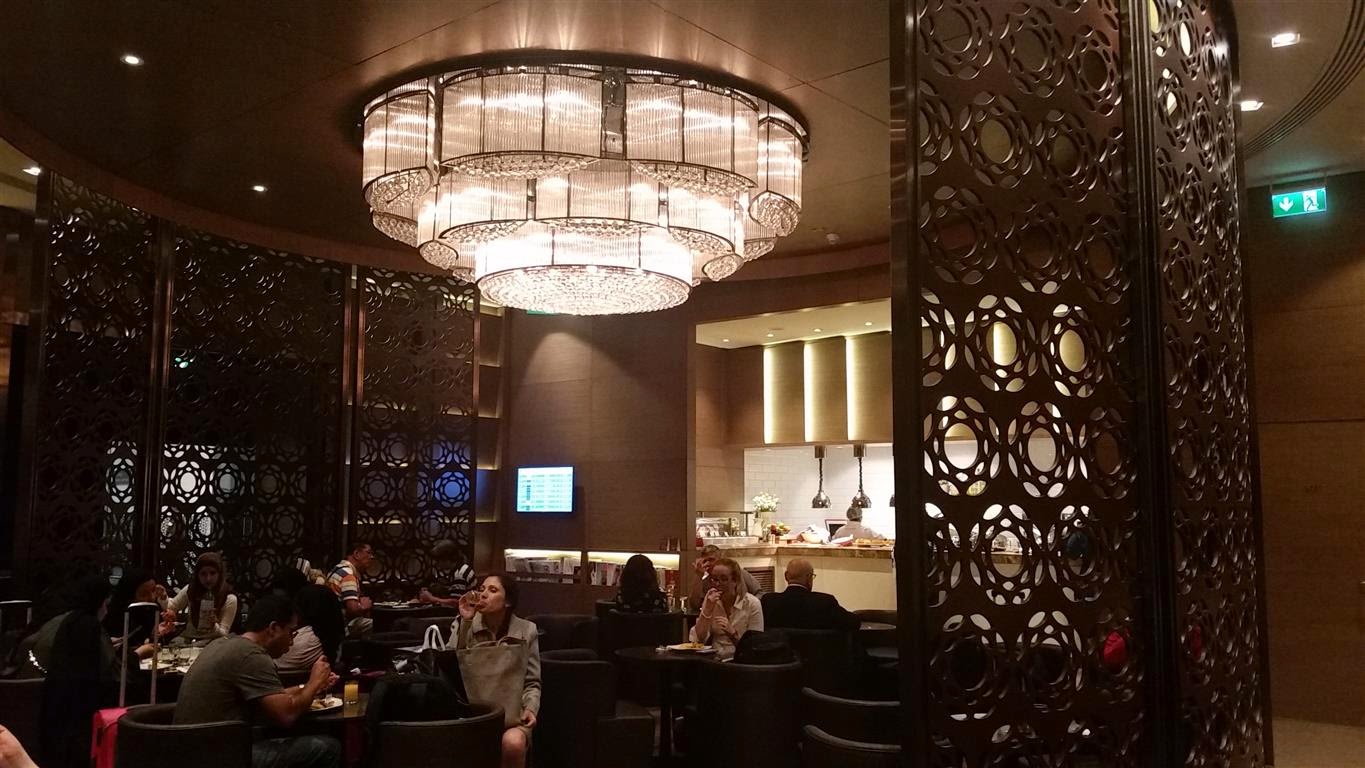 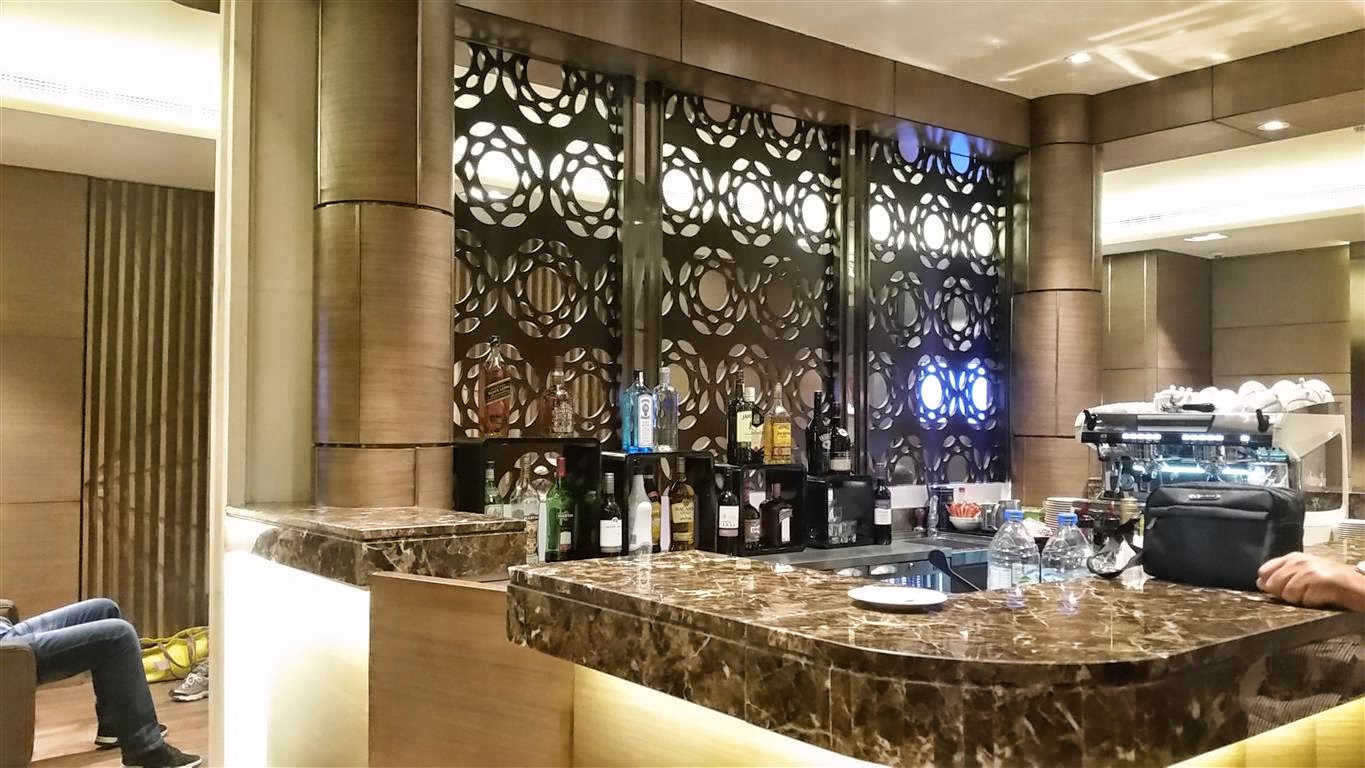 The lounge includes WIFI, TV, hot meals, sweets, sandwiches, snacks, soft drinks, coffee/cappuccino and UNLIMITED ALCOHOLIC DRINKS.  There was also a shower to freshen up.  I think the booze was worth it alone!

There were 3 different packages:


Since we only had 4 hours and wanted to check out the airport's extensive duty free shops and high end retail stores, we opted for the 2 hour package.  The lady even threw in another 30 mins for us.  I'm not sure how things are actually tracked but it seems like an "honor" system.  I can't imagine people actually get kicked out.  If they do, that's pretty embarrassing.

The lounge was full of all kinds of travelers.  There were girl getaway groups, couples, businesses men and even a couple of families with toddlers.

The lounge was pretty busy at 8 PM and it took us a couple of minutes to wait for a seat to clear up. We spotted another couple leaving the bar area and snagged their table for two. 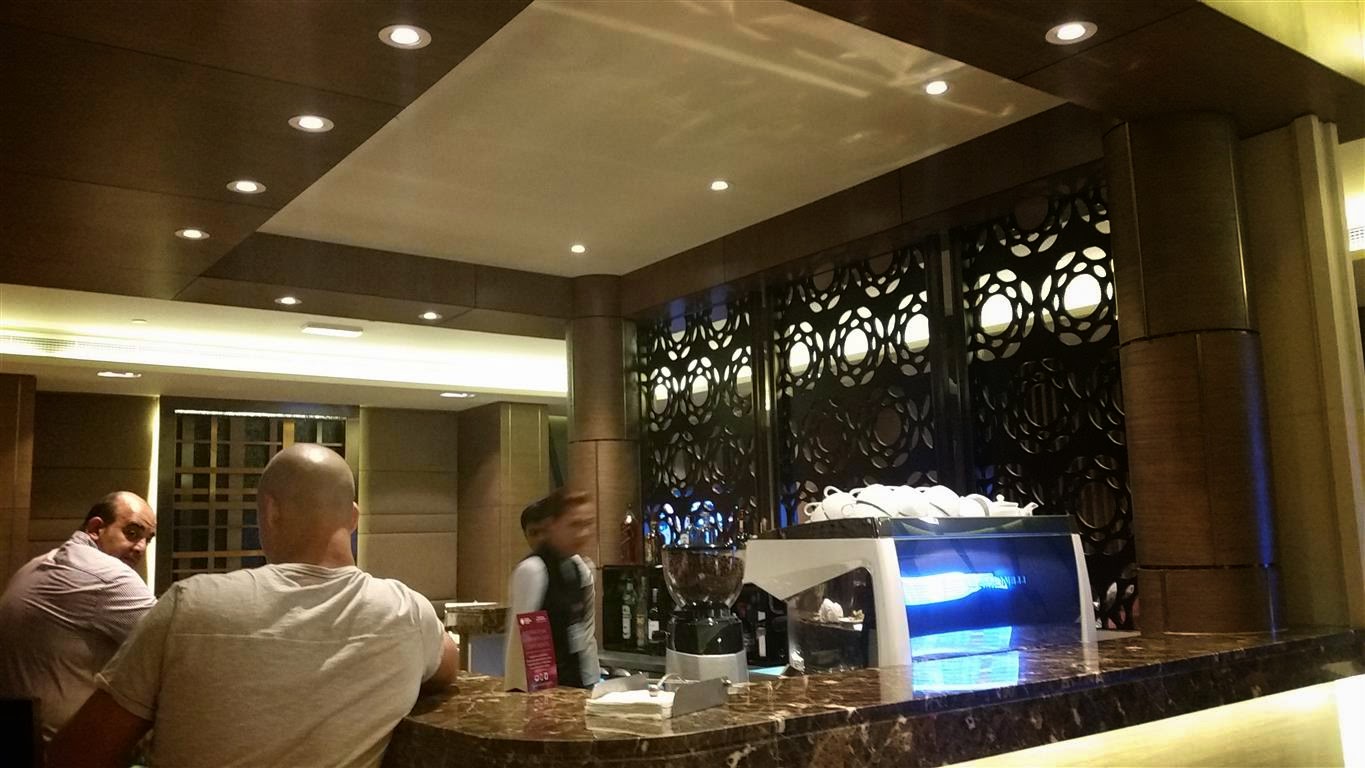 We ordered our usual drinks of wine and scotch and I went to scope out the buffet. There was a cold station with salad, hummus, baba ghanoush, pita chips, etc.  For the hot stations, there was BBQ chicken, naan, rice, curry, vegetables, paninis and a few other things. 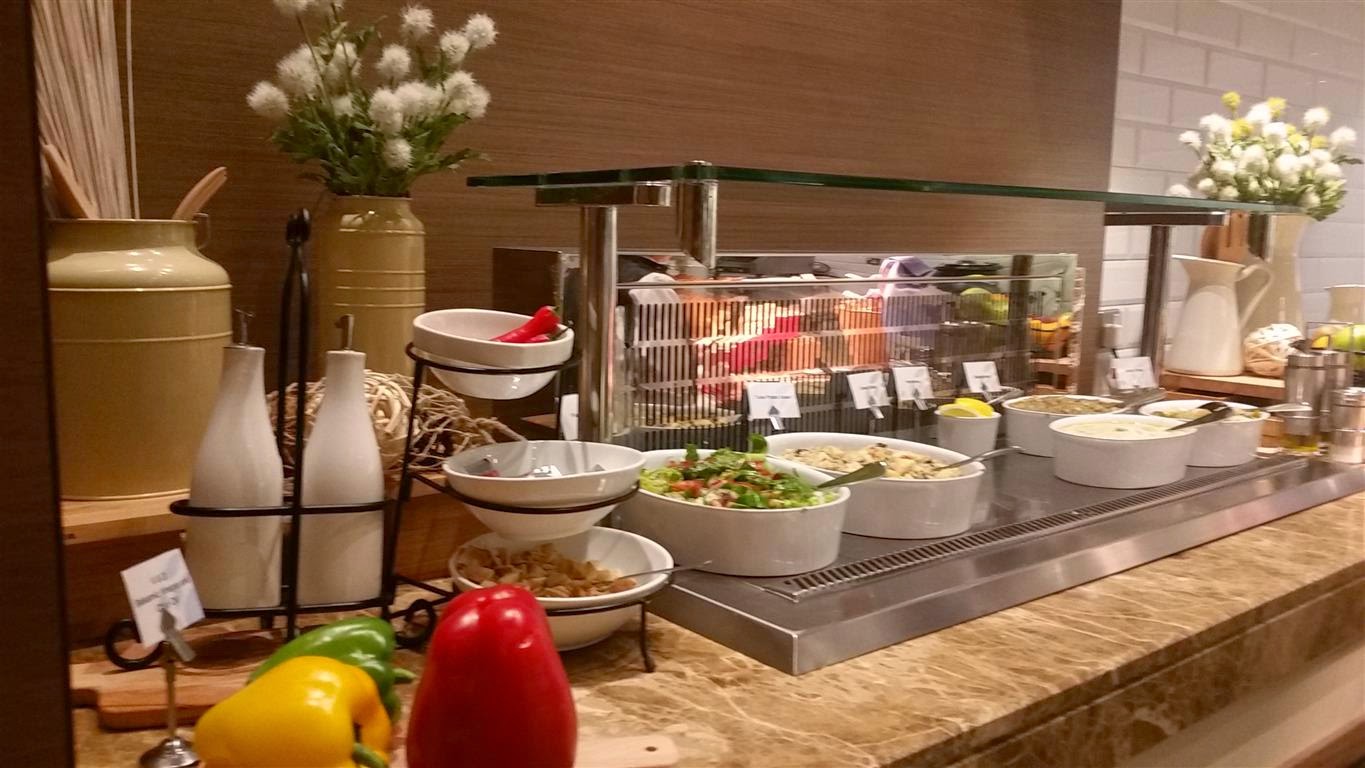 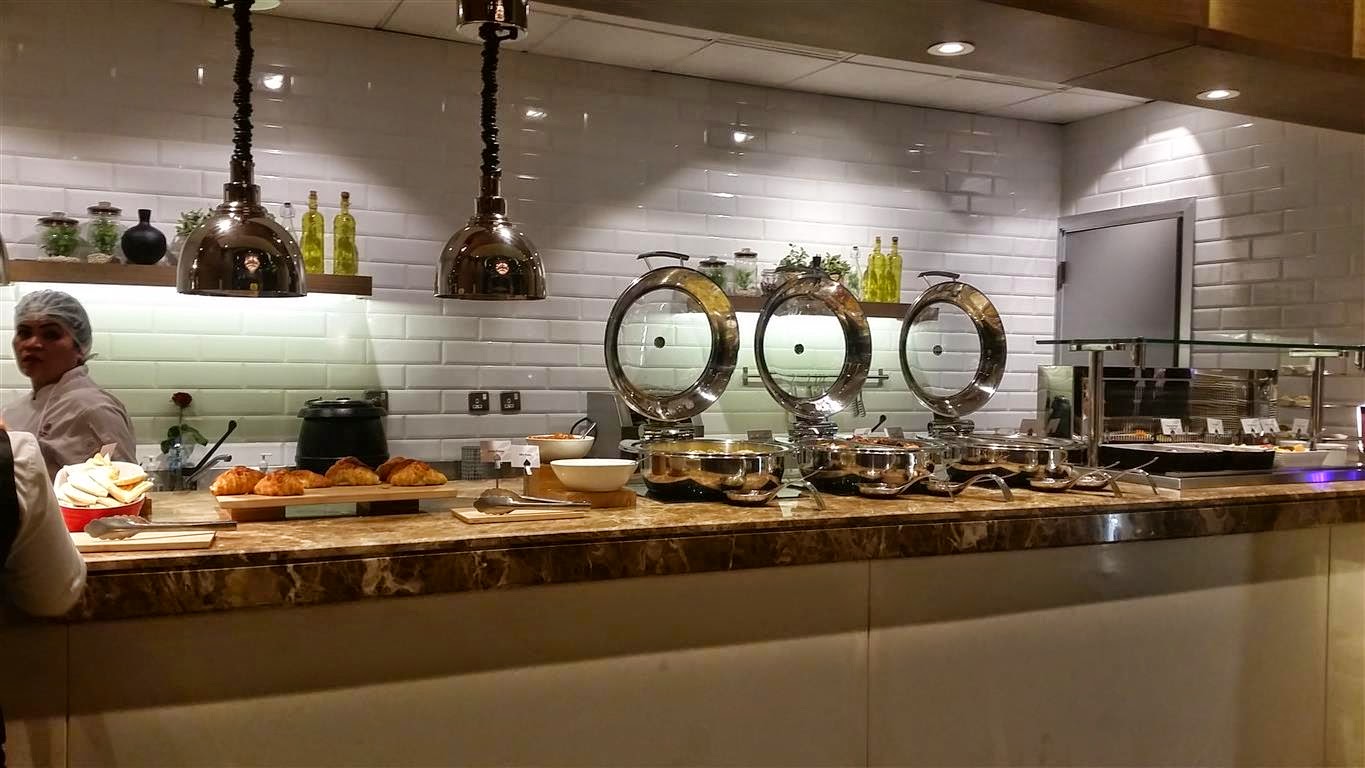 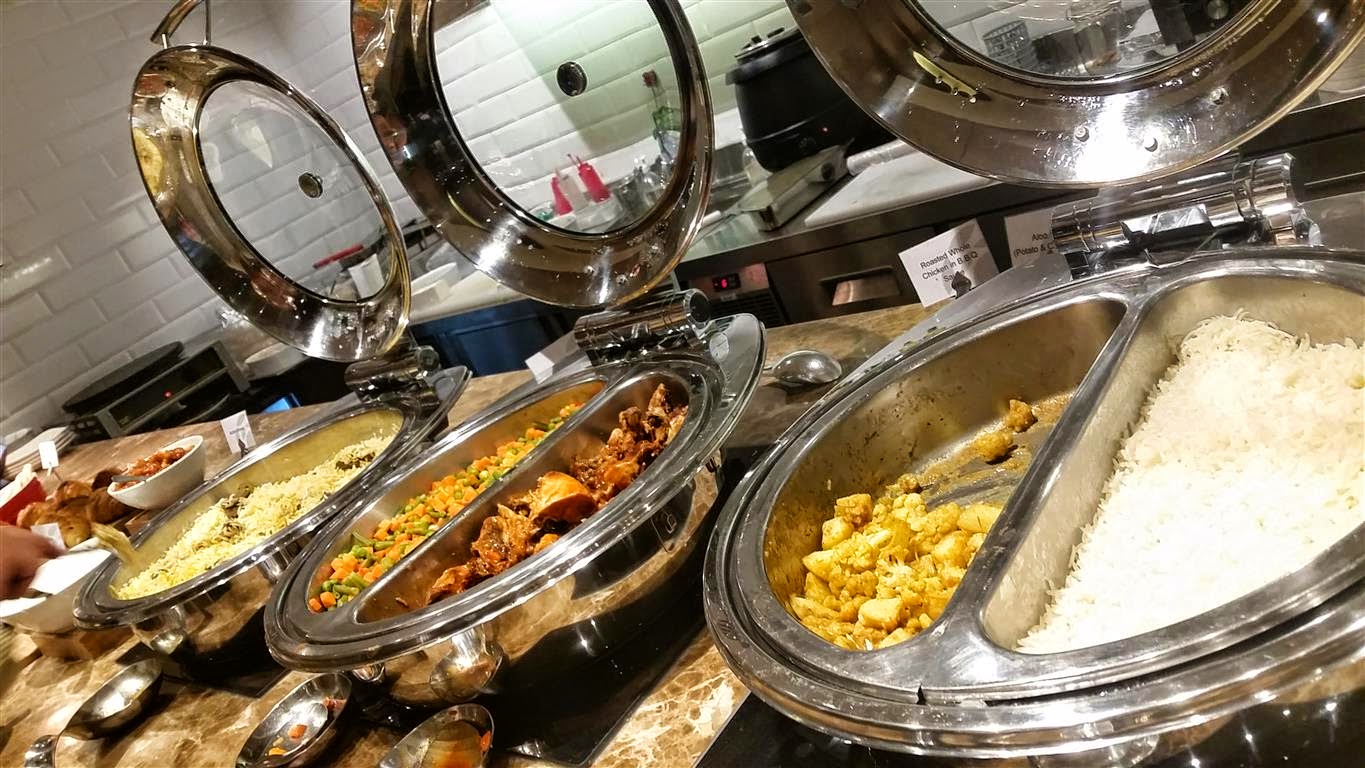 There were cakes, cookies, baklava and cookies for those with sweet tooth along with a fridge full of soft drinks and water. 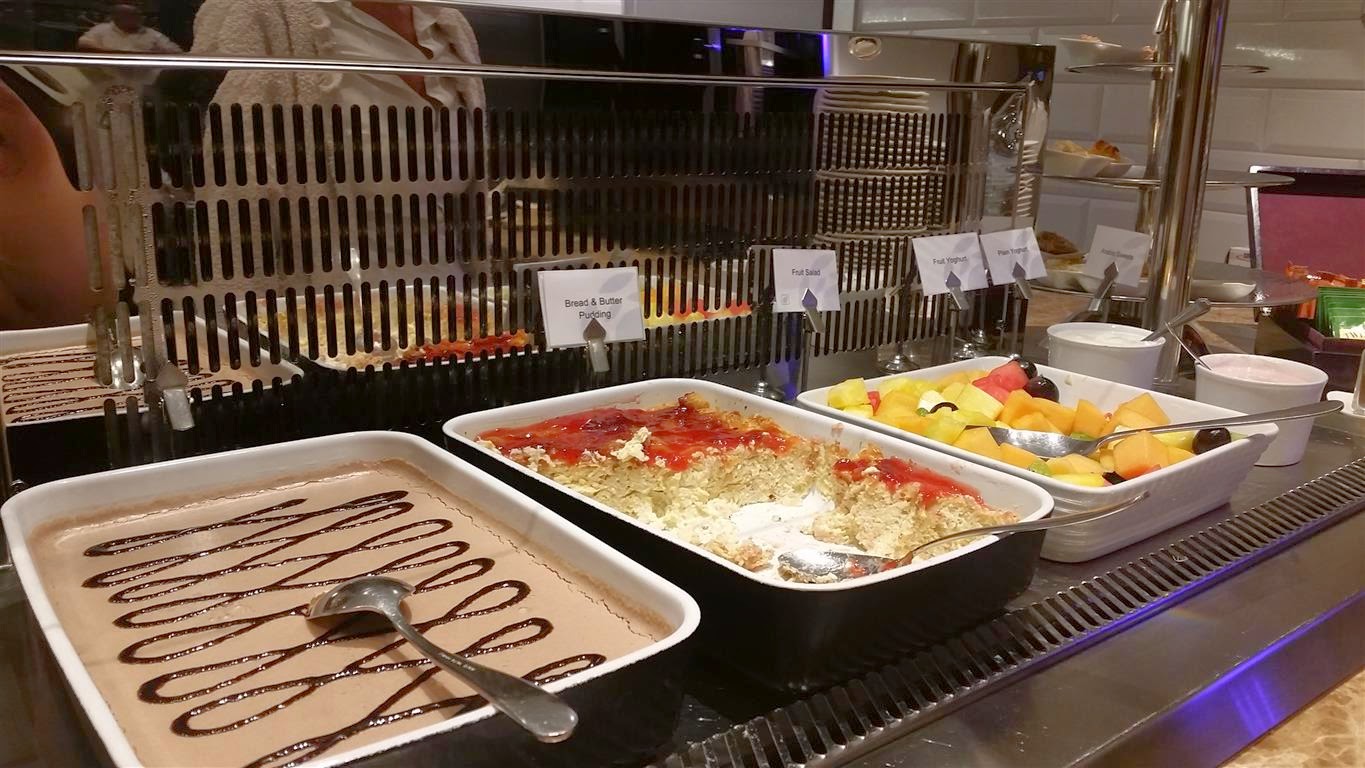 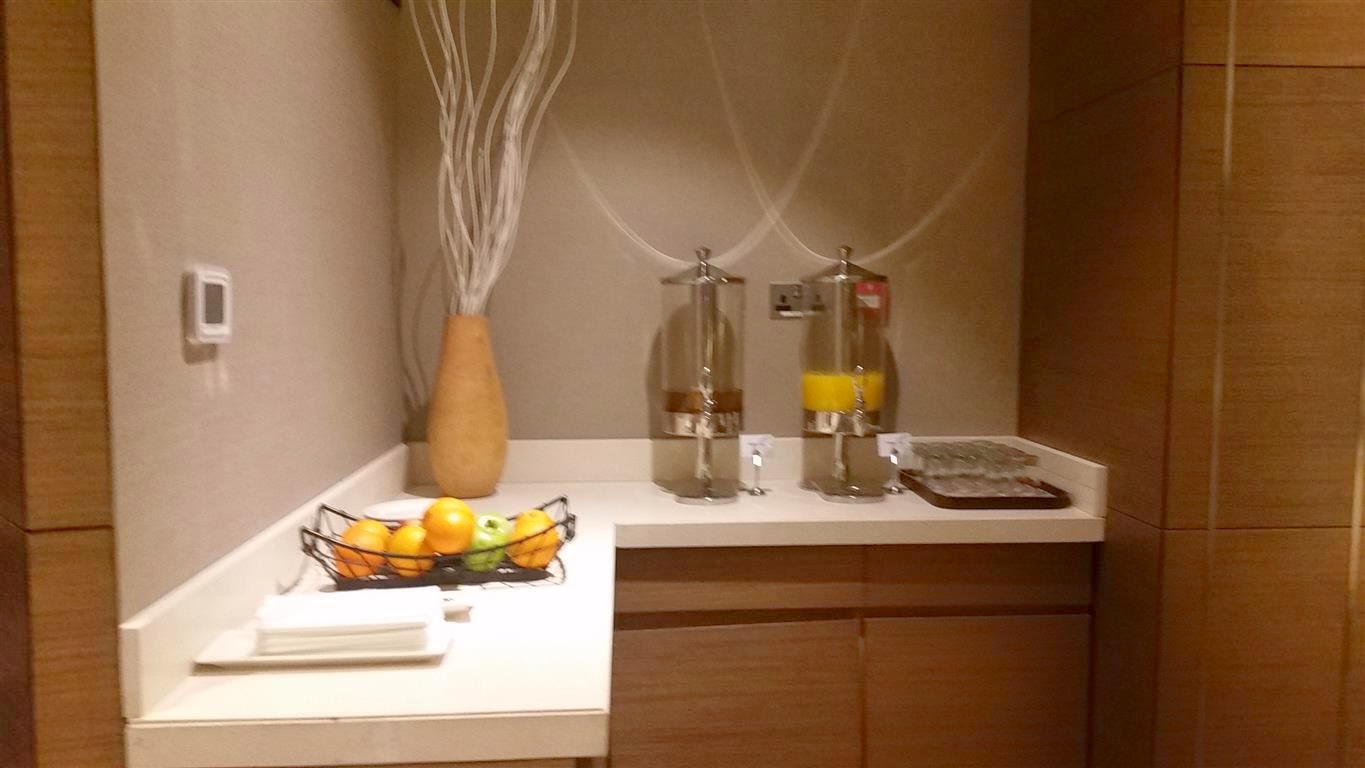 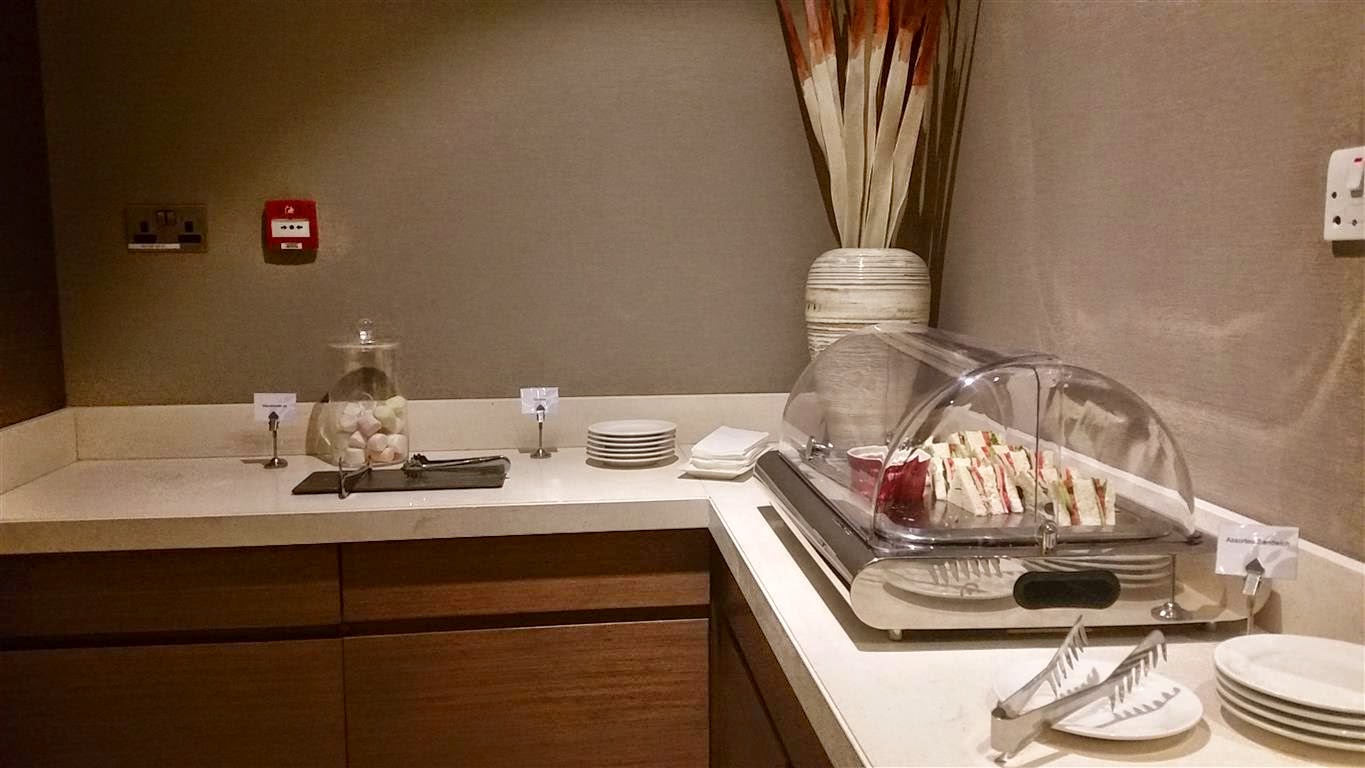 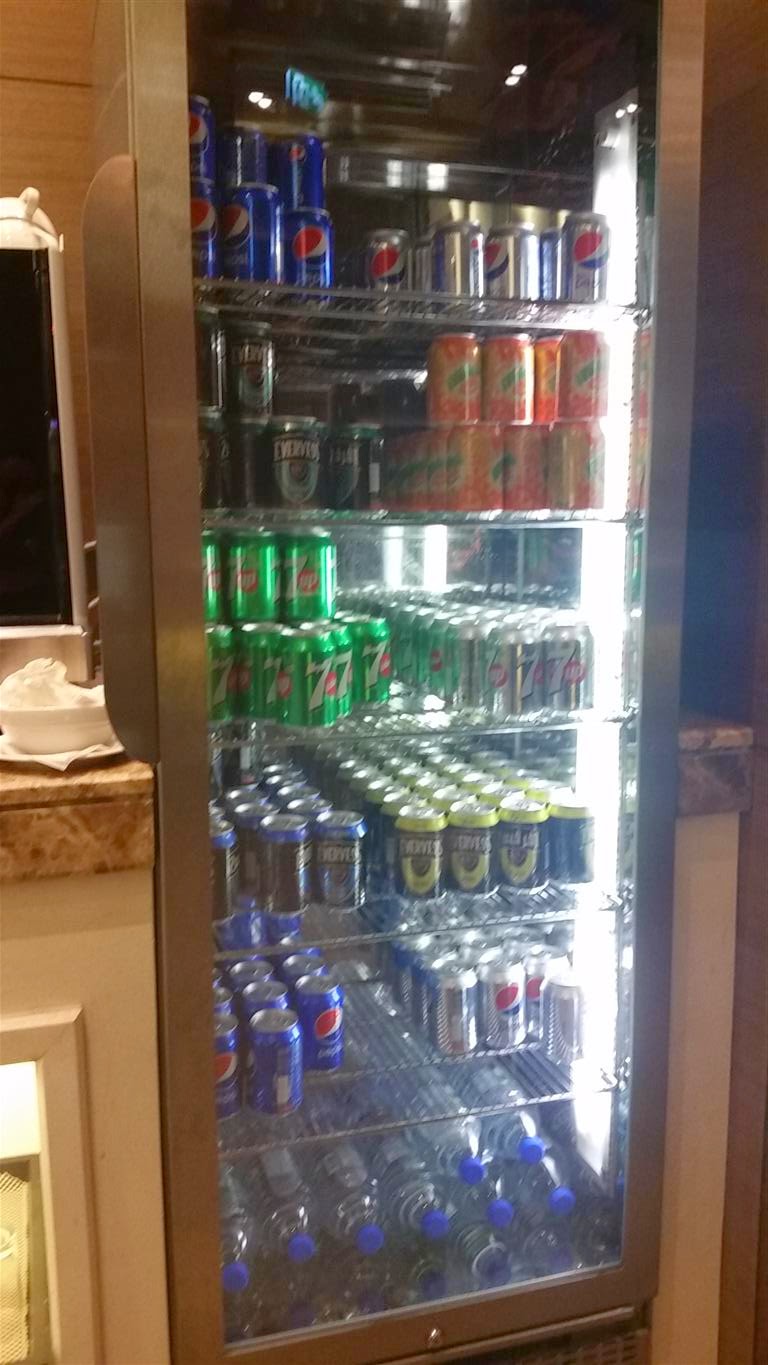 After we had a good amount of booze, we decided to freshen up in the shower.  There was only one shower stall but luckily for me, there was no wait.  There was a bathroom attendant in the bathroom to clean the shower after each use.  A toiletry kit was provided with a toothbrush, toothpaste, lotion, shower cap and razor.  In the shower, there was soap and shampoo dispenser for use. 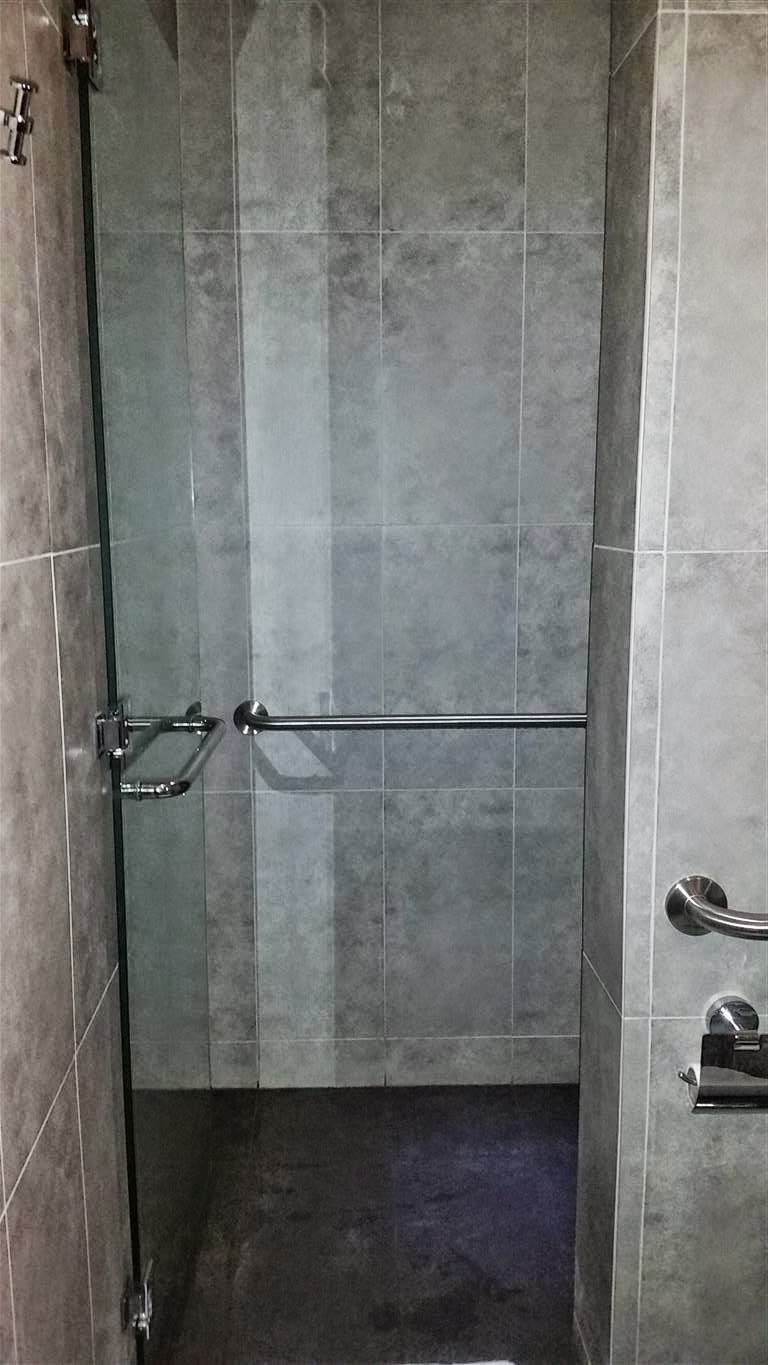 The shower was much needed! After we were all cleaned up, we headed back to the bar for a sweet ending and some coffee.  There were other people that were hammered at the bar that clearly took advantage of the booze.  We knew we had to go through extra security since we were traveling to the states so we didn't got too nuts with the alcohol. 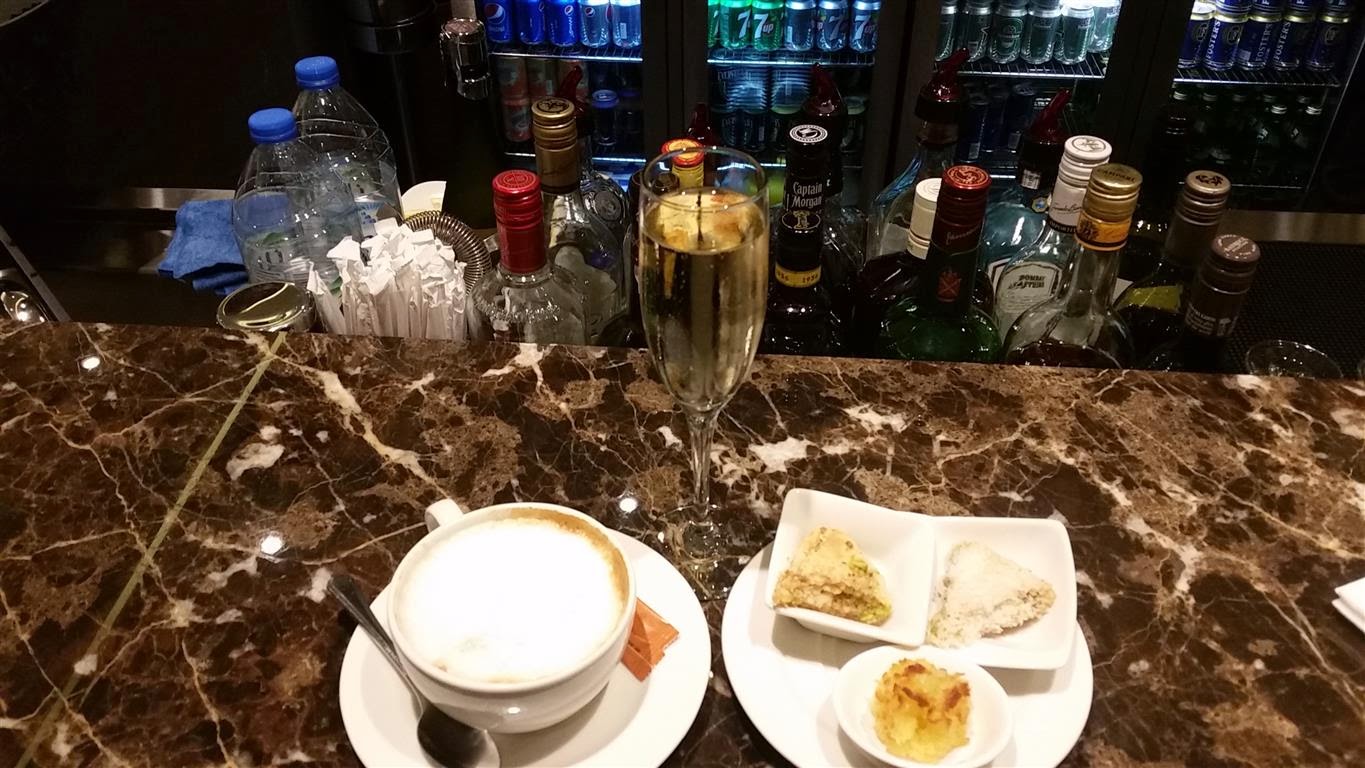 Here is the extra security that we had to go through and the U.S. customs station at Abu Dhabi airport. 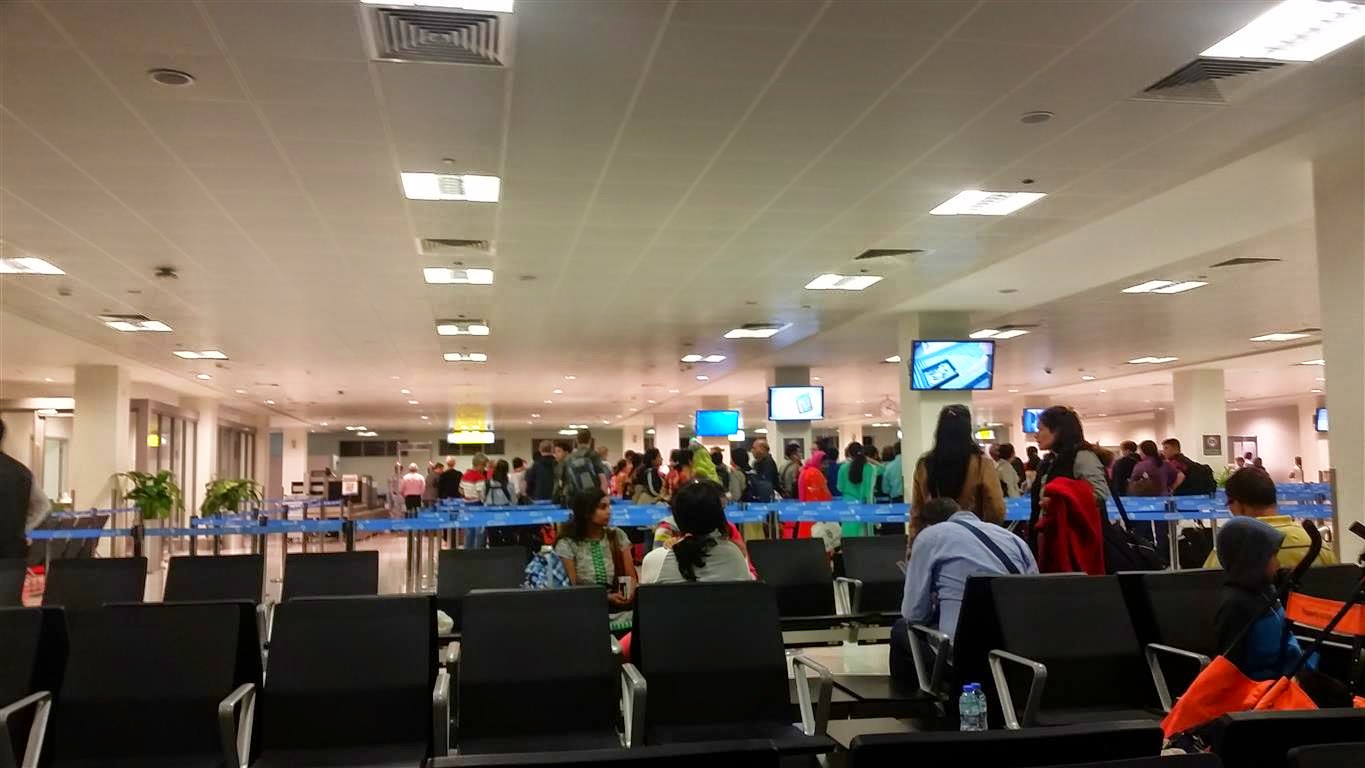 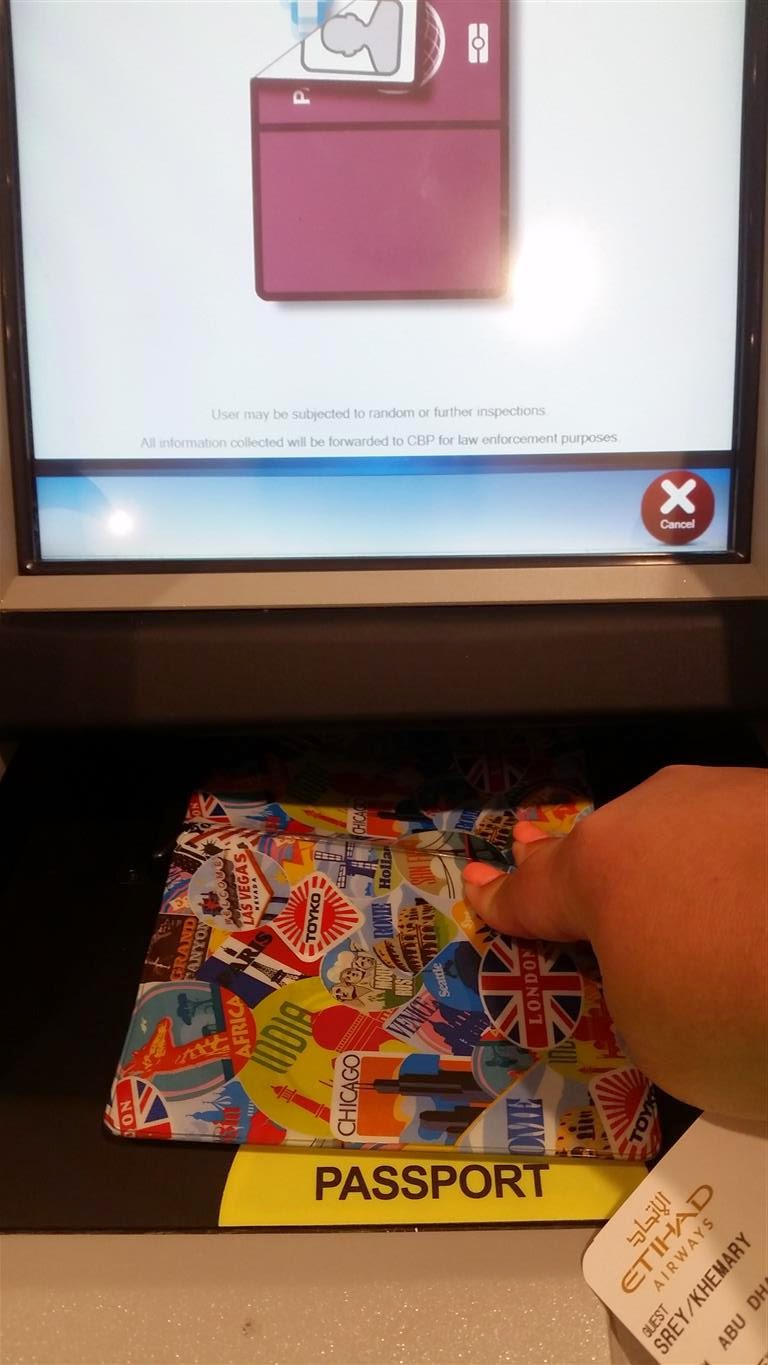 I think the pass was worth the bucks! For us to pay for a cab and grab dinner and drinks, it would have cost us MUCH MORE money.  If we ate at the airport hotel, we still wouldn't have had a chance to shower and the alcohol prices are probably much more.