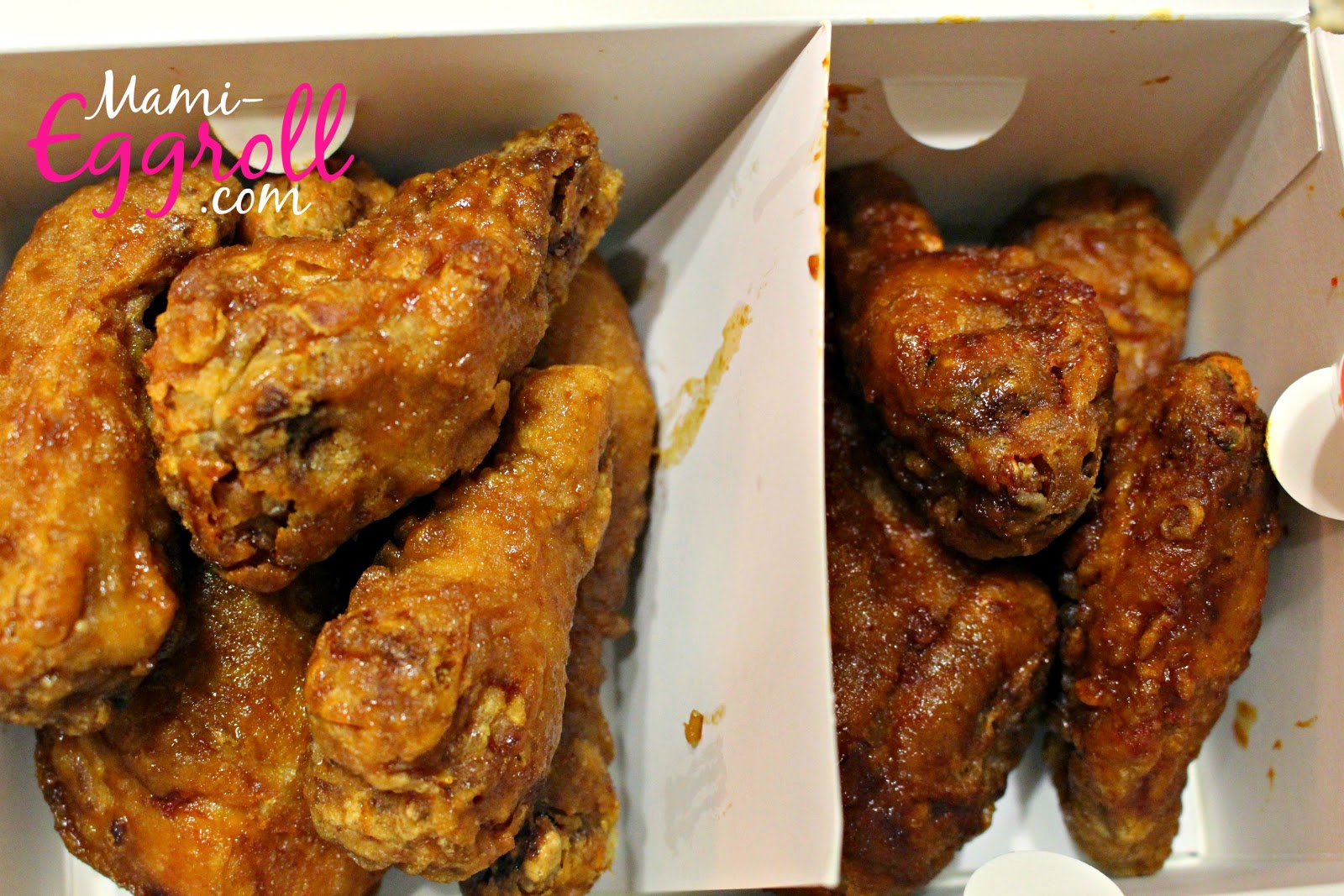 It was cold and we didn't feel like bundling up to brace the frigid winter weather so I browsed the Foodler website to scope out the menus of local restaurants.  I was surprised to see that Bonchon in Lowell was on the list.  We've only eaten at the restaurant but never actually requested door to door service.  I called the restaurant to confirm the information on the Foodler website was accurate and the girl on the other end advised that the current delivery time was 45 mins to an hr.  I was OK with that.  I skimmed the menu, I knew we had to get the staple Bonchon Chicken but I wanted excite my taste buds and try a few different things from the menu.

I placed the order at 9:33 PM and the restaurant confirmed it at 9:45 PM. ( I got a Google email notification).  Foodler's estimated delivery time was 10:20 but I remember the girl saying it could be an hour.  I called the restaurant to make sure they got the order and told the girl to tell the driver to use the side door due to our weather proofed front door.

Despite the food being wrapped in heavy duty aluminum foil, it was already room temperature.  No, it's not because I was taking pictures of it. I actually touched the chicken with my fingers and it was not hot.. not even the slightest bit warm.  The food was neatly packaged and disposable chopsticks, spoons, napkins and wet wipes were included in the bag.

I was too lazy to reheat the food and expected an unsatisfying meal,  To my surprise, everything was really good. *Disclaimer, I may have been ravenous by then.*

The chicken house fried rice was really fragrant and flavorful. It was reminiscent of a Thai basil fried rice.  The price was inline with many other local restaurants nearby.  I wished they packed us a side of hot sauce or hot chili oil to sprinkle on the rice for extra heat.

Of course, you can't go wrong with the Bonchon chicken.  We went with the small combo with both soy garlic and hot sauce(6 pcs wings and 3 pcs of the larger drums).  Although it was not warm, it was still crunchy and good.


The chicken was served with its usual side of colesalw and refreshing pickled daikon (white radish) to cool the mouth.

I really wanted jap chae noodles or the bim bim bap but I forced myself to try something new.  The Bulldak looked promising, the menu described it as "Sir fried spicy chicken with rice cakes topped with scallion and cheese."  At a quick glimpse, the Korean dish looked like an Italian American favorite, baked ziti.

My original though was, Korean food + cheese? I was skeptical.  The dish was very interesting, I couldn't decide if tasted more Korean, Chinese or even Indian!  The savory dish had a kick to it.  It sure was spicy and fiery!

The rice cakes resembled al dente pasta.  After a few nibbles, I decided I really liked it.  It took a bit to get used to the different flavors and textures of the dish.   We also got a small box of white rice and I assume it went with the Bulldak.

We liked the food and will definitely eat at the restaurant again, I'm not sure if we will go the delivery route.

I had some foodler credit so we saved some money on the order.  Delivery fee was a steep $3.00 and we gave the delivery guy five bucks.


Check out my other review of Bonchon Lowell.