I had a meeting that ran a bit later than scheduled and I was not in the mood to cook dinner tonight. The Mo and I got into the car and played a game of "Where do you want to go? .. You pick,"  replied with "No, you can pick, I'm up for anything." After this went on for a few rounds, the Mo finally decided on driving through downtown Lowell to see if there was anything new or anything that looked enticing.

Sure enough, we spotted the sign for Mandarin Asian Bistro located where the old Centro restaurant used to be on Market street.  We found street parking and made our way to the restaurant.  There was a sign on the window that offered a 10% Grand Opening discount.  We were surprised that there was also another sign on the door for a free appetizer for orders over $25.00 on Mondays only.

The restaurant was divided into two sides, a dining area with a sushi bar and a bar on the opposite side.  There was only one other table of diners when we arrived.  After all, they had just opened for business 4 days ago so I didn't expect the word to catch on yet. 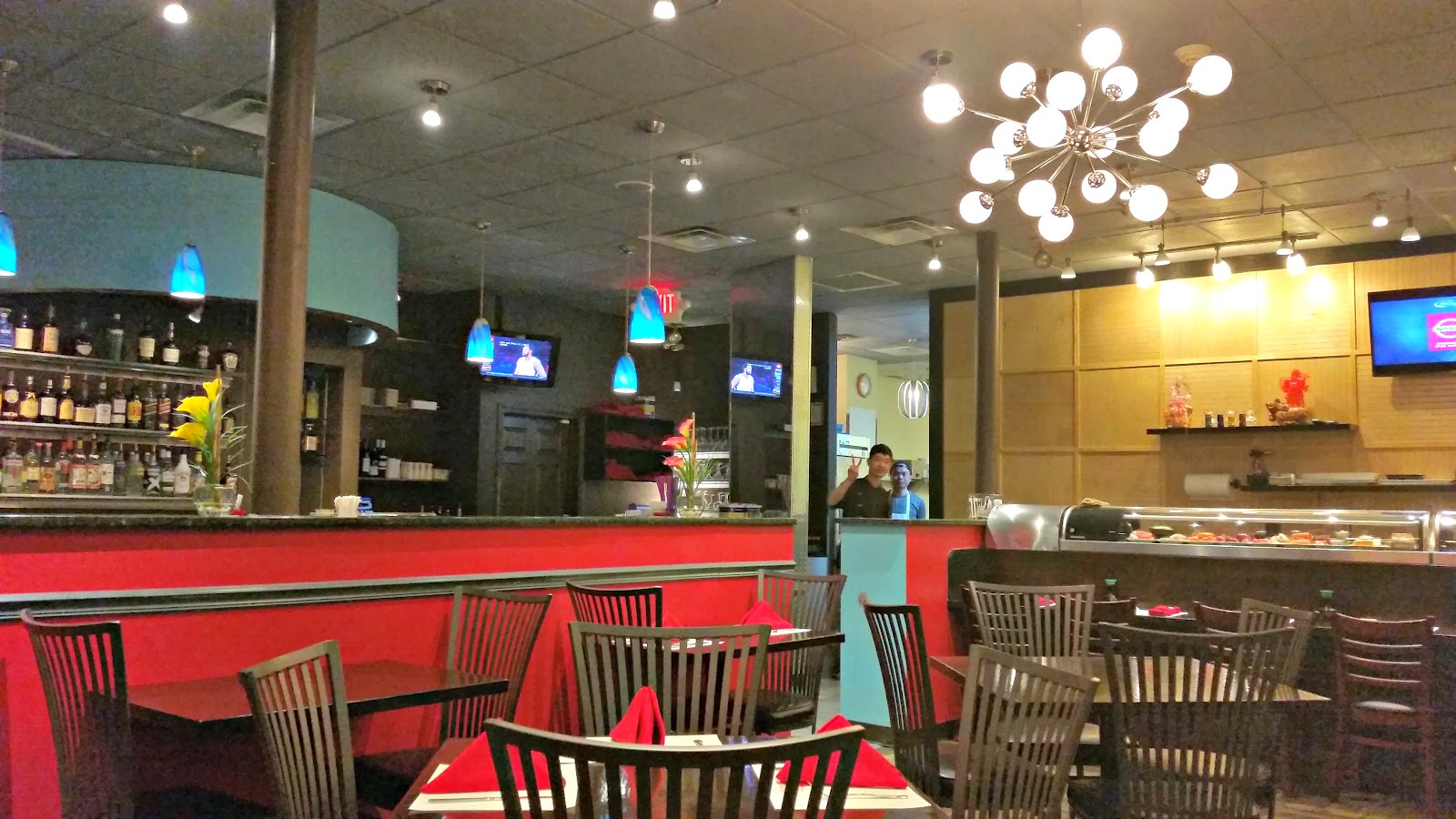 We were greeted by a friendly server and I inquired about our complimentary appetizer choice.  There were 6 choices off the Chinese appetizer menu that were included: Crab rangoons, Peking ravioli, chicken terriyaki, beef terriyaki, chicken wings and boneless ribs. We went with the grilled chicken terriyaki.  I made sure to ask that they were grilled/roasted and not deep fried like many other restaurants do.

I love chicken lettuce wraps, especially the ones at P.F.Chang's.  I was excited to see the minced chicken with pine nuts on the menu.  We had to get an order!  The dish was served with iceberg lettuce and hoison sauce.  The texture of the chicken and pine nuts was good but lacked flavor.

Since the restaurant also serves Japanese cuisine, we had to try a maki roll. The Mo's favorite is eel so we went with the Dragon Maki off the Mandarin Signature Maki menu.  The maki had eel, cucumber, avocado, tobiko topped with eel sauce.  It was beautifully presented on a green leaf with vegetables and wasabi paste to resemble a creature. 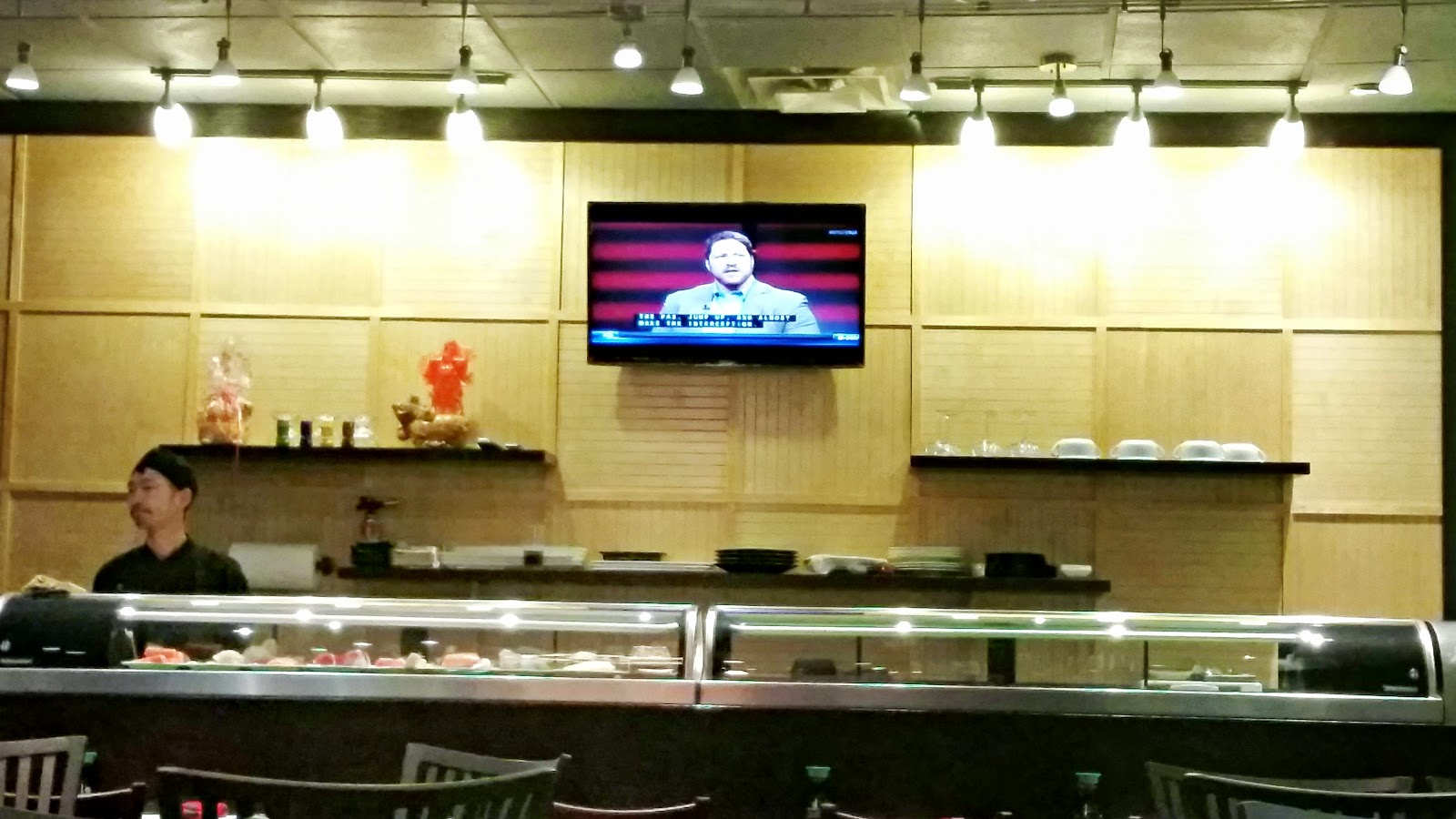 We had to pack up some of the appetizers to go so we had room for dinner.  Both items we ordered were from Mandarin Signature menu.  The chef special crispy ribs were aromatic from the toasted shallots, garlic and pepper.  It was a huge portion of battered fried pork ribs.

The Dragon & Phoenix was 2 dishes on one plate.  There was general gau chicken and fried jumbo shrimp in sweet chili sauce.  The chicken was a bit small and on the sweet side and the shrimp was nice and plump.

Our bill came and it was $50.00 for 2 appetizers, one maki roll, one soda and two specialty entrees.  I thought it was a good deal.  The service was extremely eager to please. The servers checked on us many times and made sure our water glass was always full.

I liked it but I don't know if I'd be back anytime soon.  For sushi, I prefer Sushi Yanagi in Chelmsford and for Chinese, I prefer the China Star restaurants.

Try it for yourself. They had Chinese food, Japanese food and even Pad Thai.

Tips:
10% Discount Grand Opening Special
Free Appetizer on Monday for orders over $25.00
(not sure if the above is valid for take out or delivery)
Kids eat free on Sundays! Order from Kid's menu
Free entree on your birthday