The Mo's uncle from out of state was in town and invited all the nephews and nieces for a family Hot Pot Yow Hon Dinner at New Happiness Restaurant in Pailin Plaza on Branch Street in Lowell.  There were almost 20 of us so we grabbed 2 tables.  I loved that the venue was BYOB and we were able to bring two magnums of wine for dinner.  During the summer, the restaurant is also open until 10:00 PM, which is really convenient for those wanting a later dinner.

We started with the fried calamari which was served with the Cambodian pickled vegetables on the side. The batter and texture was great.  It was so good, we actually ordered 4 orders of the appetizer, total.


The waitress brought out the usual meat and seafood platter for the yow hon hot pot that included squid, meatballs, rare beef and raw shrimp.  Unlike other venues, there was a small dish of fried garlic.  The meat was also topped with a raw egg.  I've never seen that as well but Lyna mentioned that it may be used to tenderize the meat. 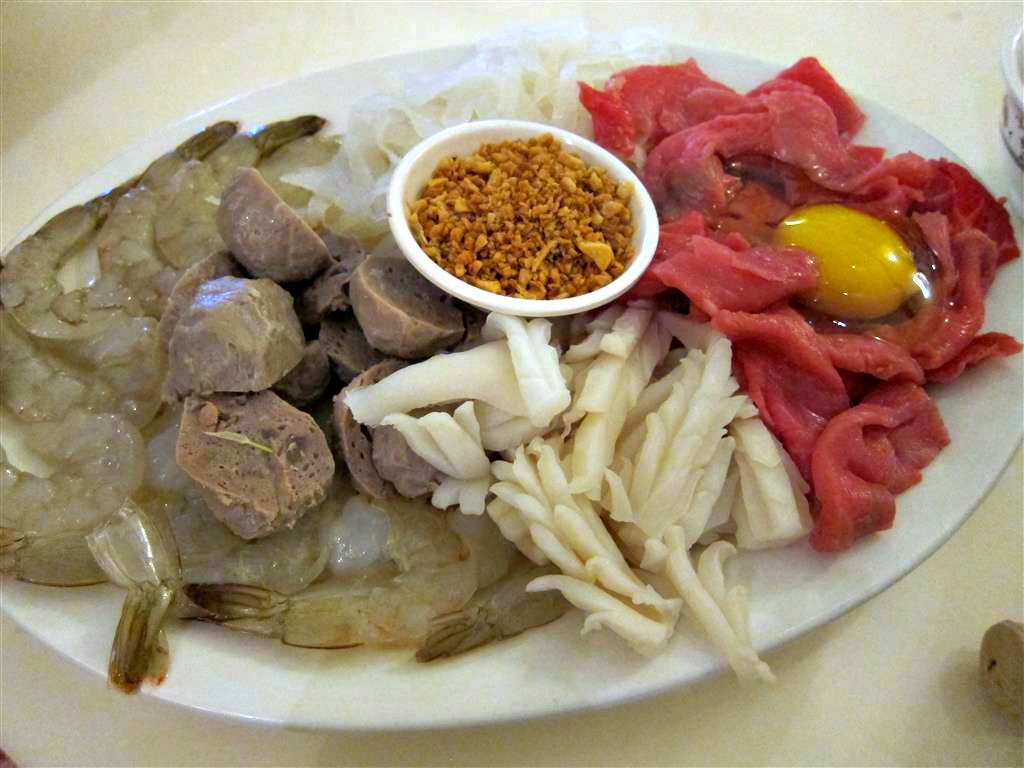 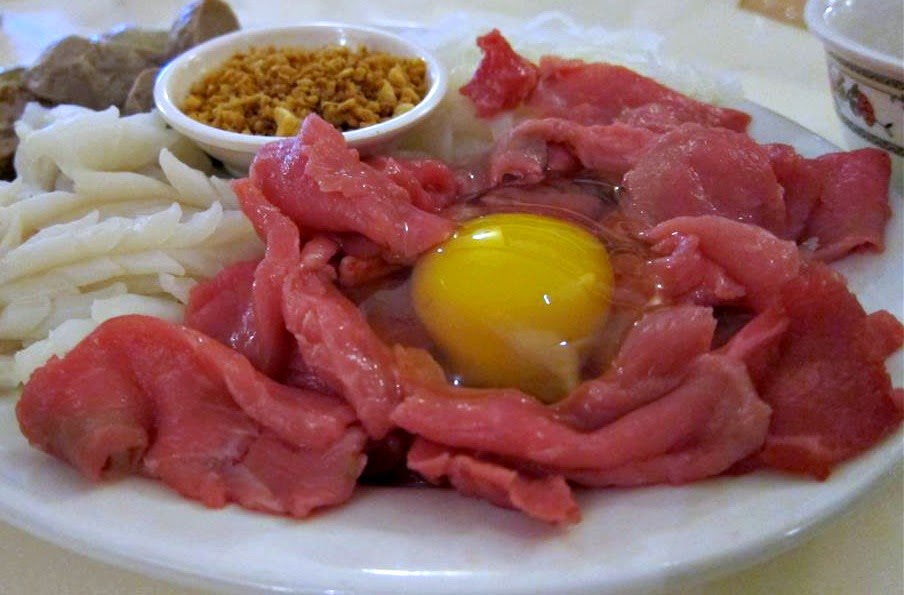 Although it's not standard ingredient in hotpot, we ordered a side of fried bean curd for the table.  I love bean curd and the way it acts like a sponge and absorbs all the flavors from the yow hon broth. 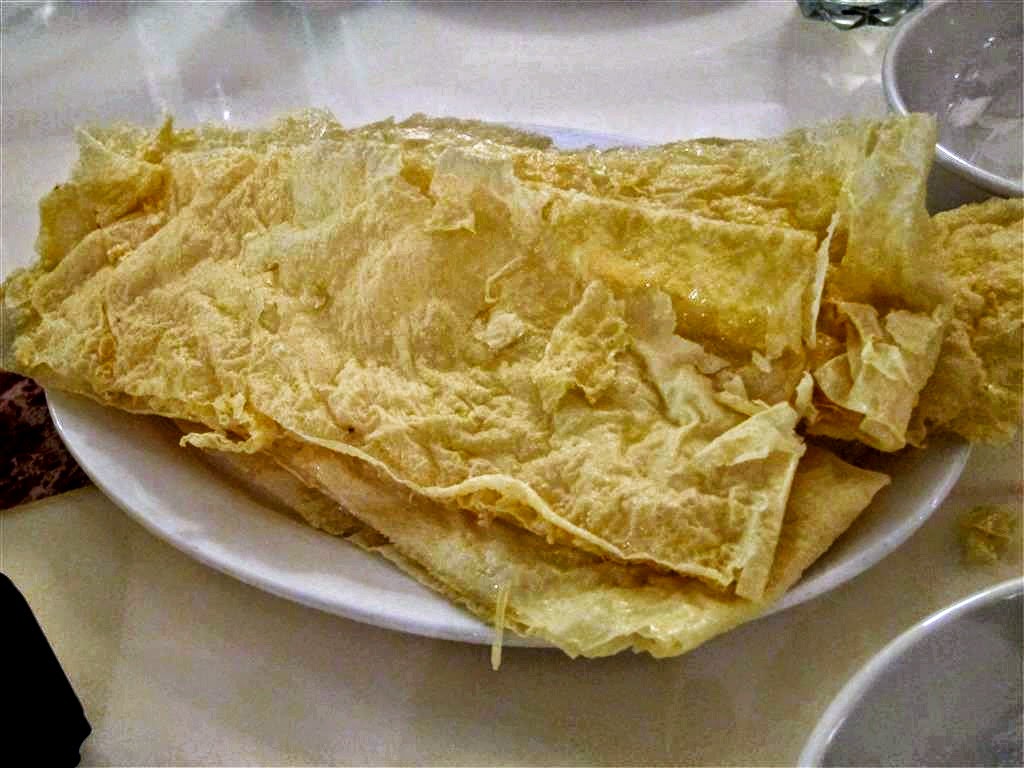 The basket of fresh veggies and herbs was brought out.  There was a couple bunches of watercress, Chinese cabbage, basil, mushrooms and bok choy. 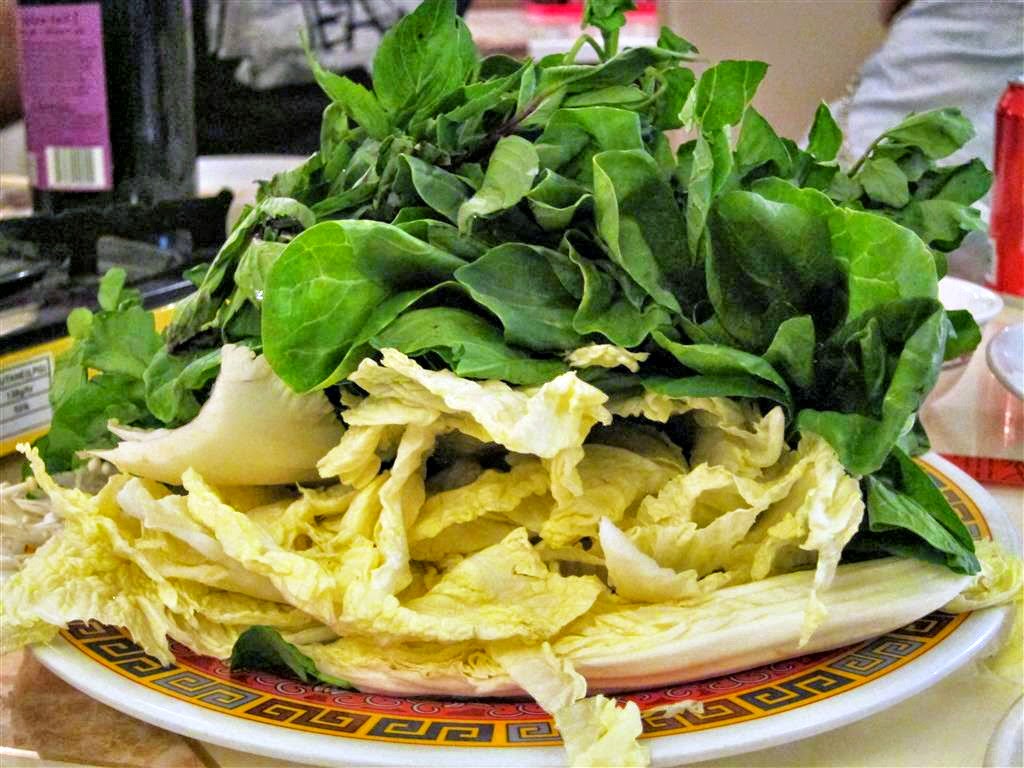 The broth was a bit on the bland side and it lacked texture and flavor.  Don't get me wrong, I've very appreciative of a free meal but the broth doesn't compete with the one at Senmonorom or Heng Lay. 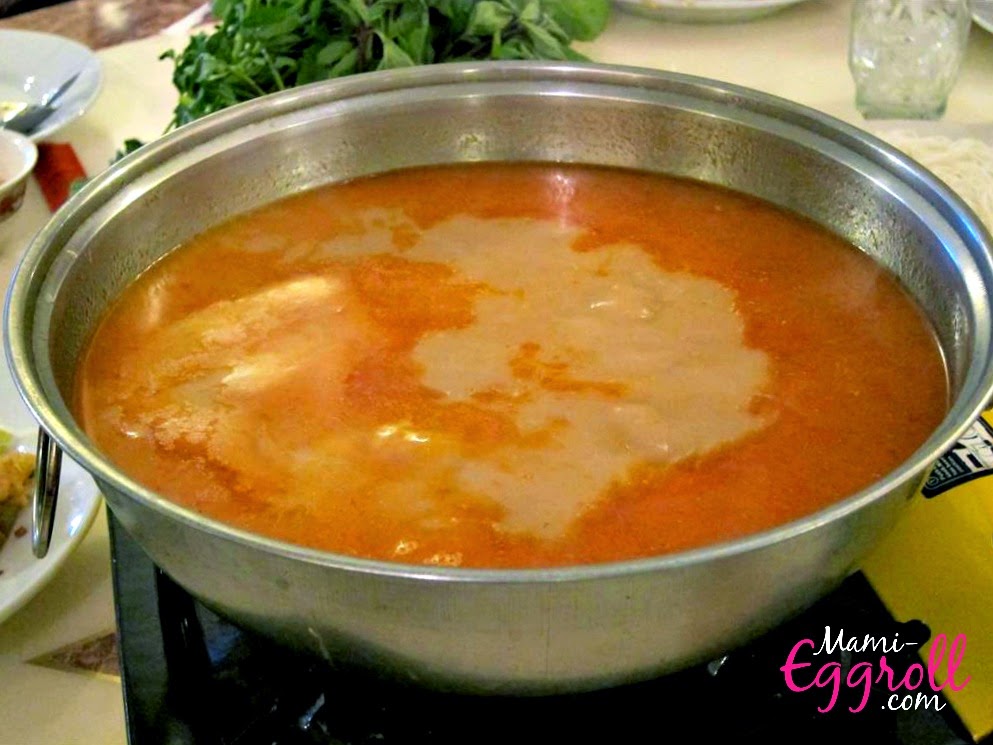 We each took turns adding in the raw meats, seafood and veggies as we cooked it into the boiling broth. Using the ladles and strainers, we transported the bites onto a bed of noodles or rice.  As you can see below, the broth is really thin. 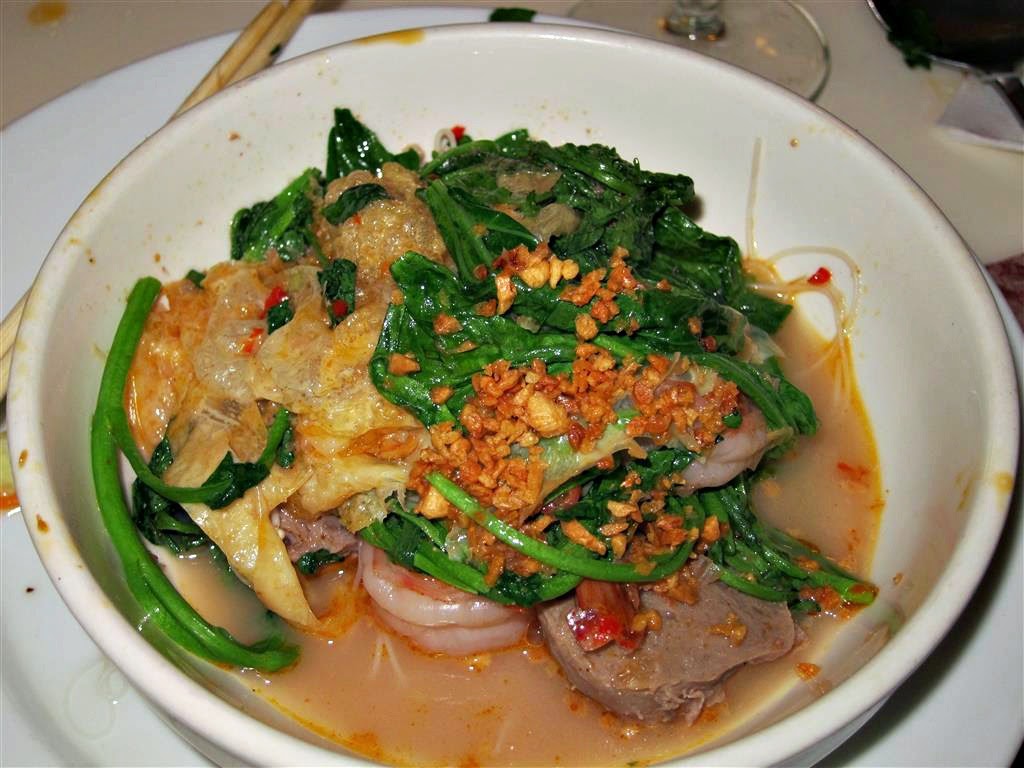 In addition to the Yow Hon, there was also fried rice and som law machew kroeung. 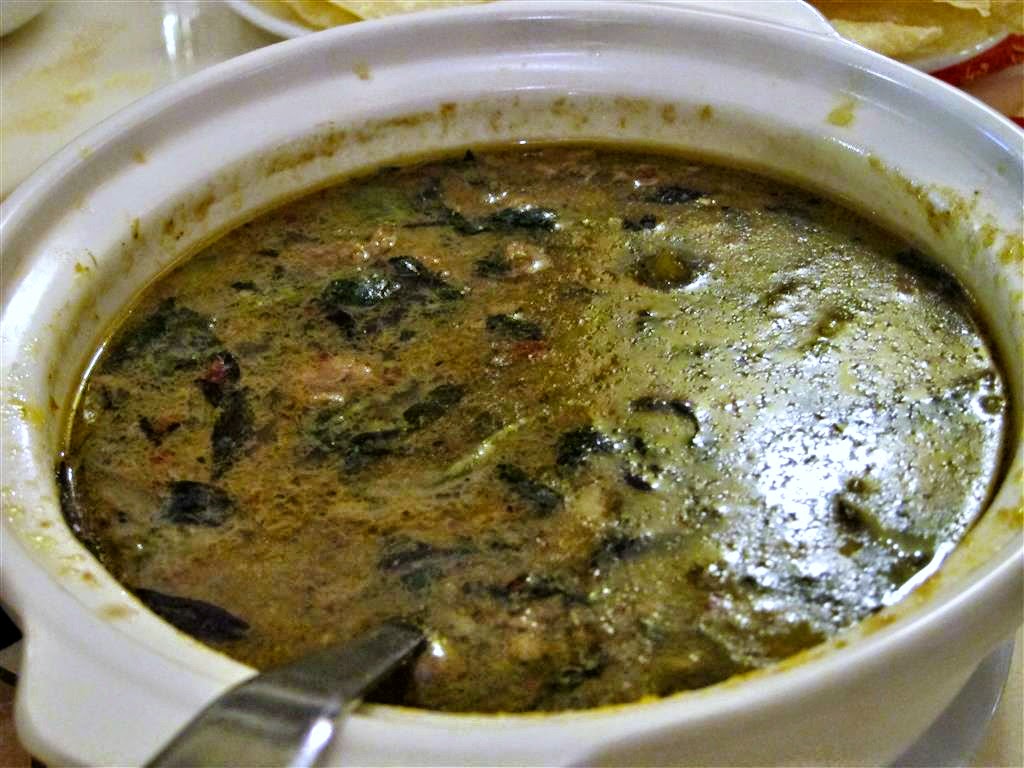 Service was all over the place as they kept bringing out dishes that were meant for "to go" and kept packing dishes that were meant to be consumed at the restaurant.  There was a bit of confusion when we ordered bean thread stir fry and it never came out.  When we asked to cancel it at the VERY end of our meal, we were advise that it was "on the way" and appeared 15 minutes later.

The Mo and I've eaten here a couple times before. Although we probably would never order the hot pot again, we would definitely be back for the other dishes that are prepared well.

Nonetheless, it was a great night spent with family and we were happy to see and catch up with everyone. Thanks Bu Dep for a nice evening out! :) 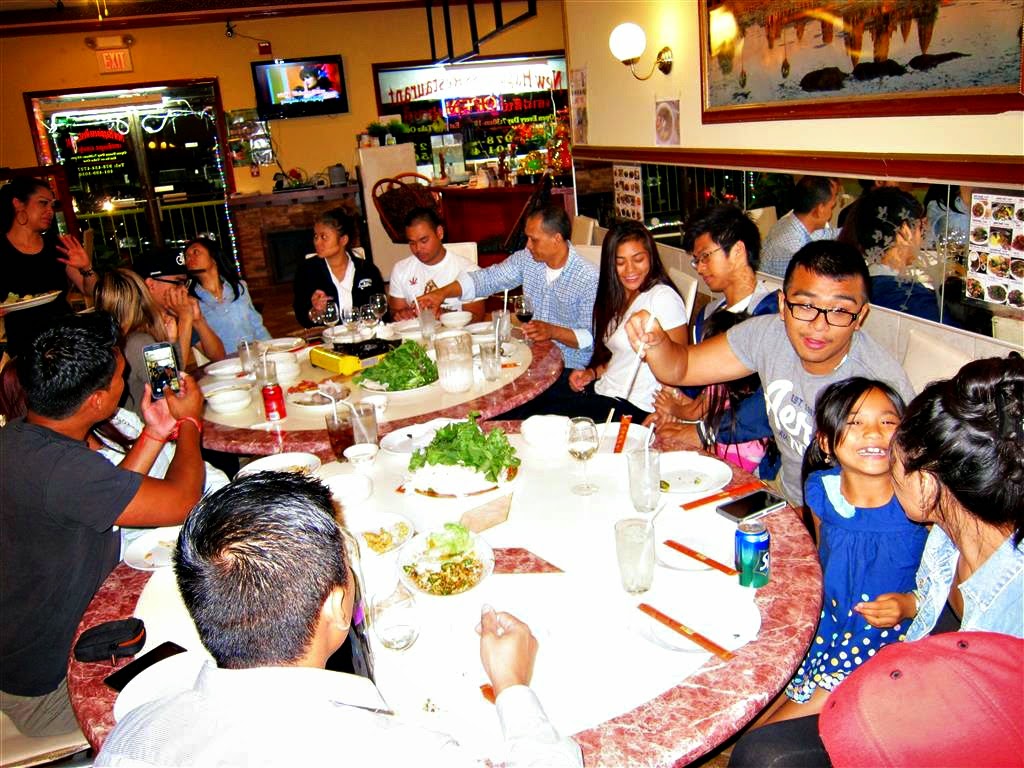