My friend from college, Christine was coming to visit me this weekend and we were thinking of things we could do.  Since we both love to cook, I thought it would be fun to make Pinterest inspired recipes.  I always go on Pinterest for ideas but I never really get a chance to make them.

She sent me a few links that she liked and I picked out a few.  Off to Market Basket I went and returned home with a cart full of groceries for our fun filled day of cooking. 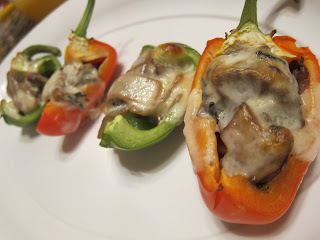 The first recipe we started with was the "Philly Cheesesteak stuffed bell peppers" courtesy of "Quick & Easy Recipes".

This was a great Atkins friendly recipe with minimal carbs.  We didn't follow the recipe to the exact and left out the butter and the first layer of provolone cheese. We threw in a couple of sweet red bell peppers for contrast against the green peppers. 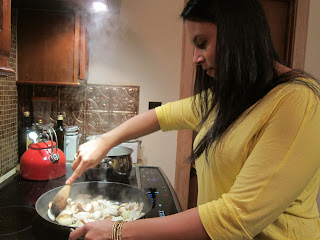 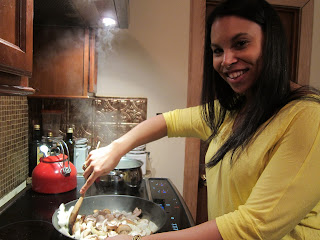 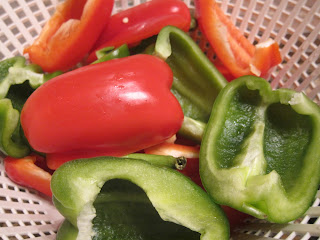 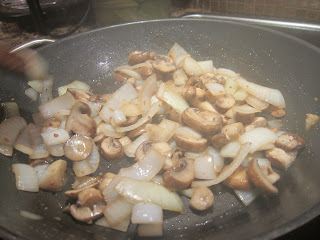 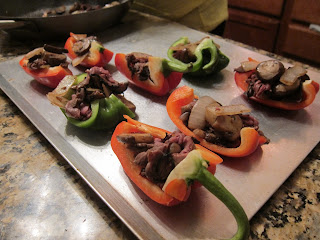 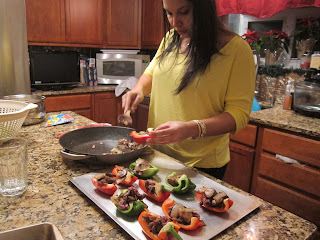 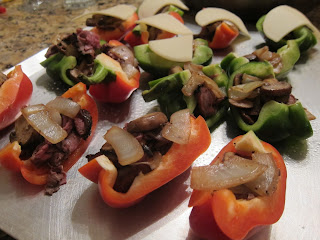 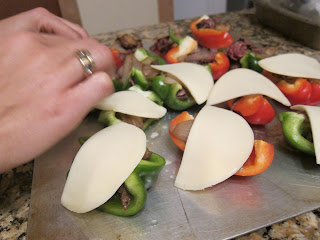 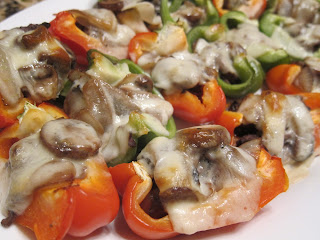 The recipe came out delicious and we will definitely make this again!

NOTE: We started drinking and multi tasking in the kitchen so there aren't many step by step pictures for the next few recipes.
We started on the buffalo chicken bites courtesy of Laloosh. Again, we didn't follow it exactly as we used regular flour instead of whole wheat and regular cream cheese in stead of fat free.  Even using their exact recipes, I am skeptical of the Weight Watchers points the website claims, (5 pieces for 3 WW points). I find that too good to be true. 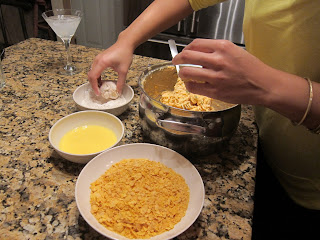 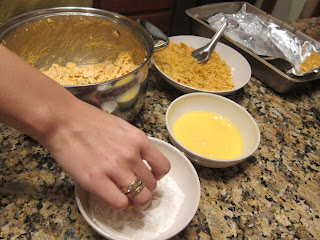 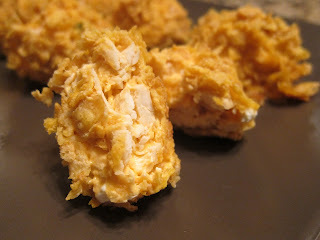 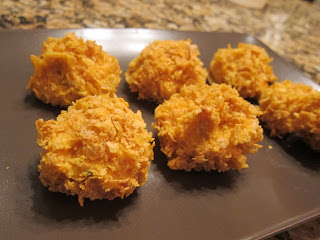 These little bites of heaven were to die for! They are a nice twist of a similar recipe that I already make, Kelly's buffalo dip recipe.  We will definitely be making these again!  I think I would just use a little less buffalo sauce since it was a bit on the salty side.

Lastly, we had a dessert recipe that was a disaster turned into something wonderful by accident.  We intended on making an Oreo & Ice Cream sandwich cake recipe by Kraft.  Being the "know it all" that I am, I didn't fully read the instructions upfront and I messed up making INSTANT PUDDING! Who does that? First the milk was supposed to be COLD and I boiled it so the pudding was clumpy only to REALIZE that the pudding mix was supposed to be mixed with the jot fudge and not prepared per the instructions on the box.

Nevertheless, the sandwiches started melting and would stay true to the "square form" so my nephew and I threw in all the ingredients into a trifle dish to make an Fudge Oreo & Ice Cream sandwich trifle. 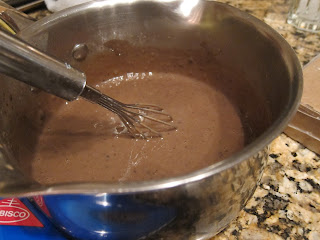 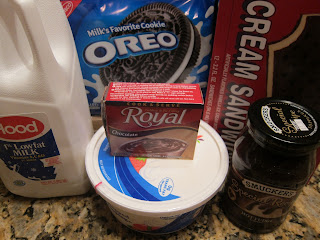 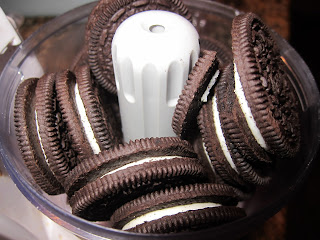 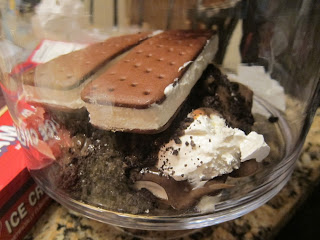 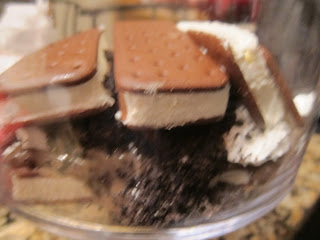 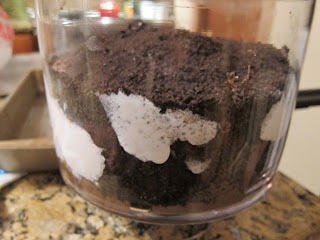 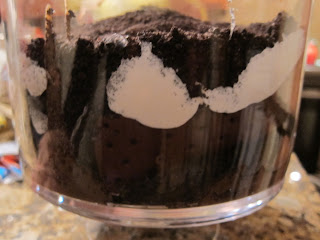 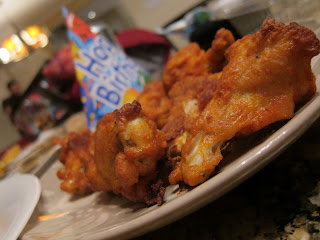 I picked up a bottle of Moodlight Meadery Kurt's apple pie, alcohol made from fermented honey.  I tried it at a previous wine tasting and really liked it. The alcohol content is a bit steeper than wine and beer and it tastes just like apple pie. 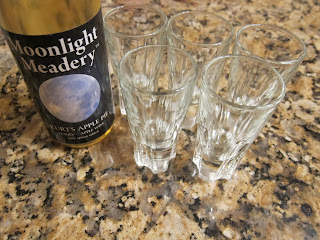 Overall, it was a fun night and the Mo brought out the Johnny Walker Blue Label (not to be confused with the Dewar's in the picture) 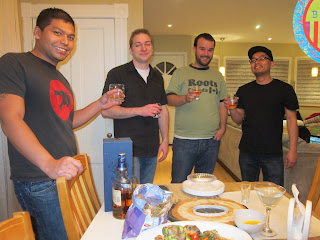 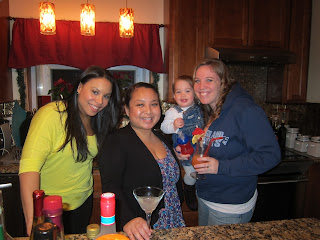 We had a big sleepover and made breakfast the next morning with waffles, English muffins, Kringle (courtesy of the Omnilite), western scrambled egg casserole, bacon, sausages, pepperoni and provolone croissant role ups and fresh cut strawberries.

Dessert was cake for my brother's 31st birthday. 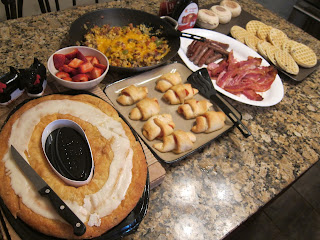 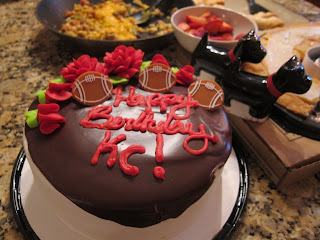