Growing up in Lowell, there is a plethora of Asian sandwich shops where one can pick up a quick lunch for under $3.00.

The popular Vietnamese baguette sandwiches comes in a variety of meat including BBQ beef, shredded chicken, roasted pork or even the traditional "meat combo" which is also referred to as "mystery meat" but is actually sliced head cheese (not actually cheese), bbq pork belly fat and "Cha Lua", Vietnamese pork sausage.

After a recent visit to Boston with some friends and the +Mo Neak and trying out different food trucks at the Food Truck Throw Down, New York vs. Boston at the Rose Kennedy Greenway at Dewey Square, I was inspired to create my own slow roasted pork sandwich. 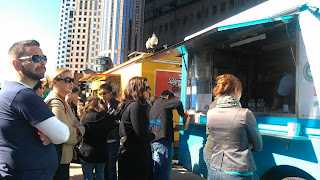 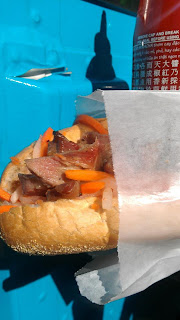 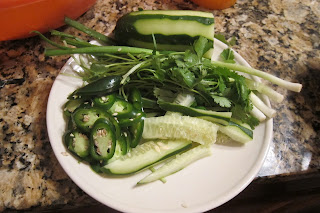 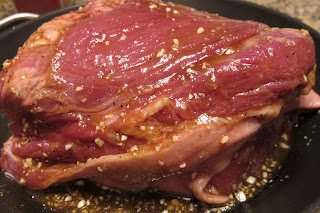 To prepare the pork, I removed the cryovac
wrapping and cut slits into the pork shoulder.  I marinated an 8 pound pork shoulder with salt, brown sugar, whole star anise,  black pepper and minced garlic overnight in the fridge.

After letting it sit at room temperature, I cooked it for 6 hours at 275 degrees covered in the oven.  I created a mixture using melted butter and additional brown sugar and brushed it on the thick layer of fat and set the oven to 500 degrees for 15 minutes. 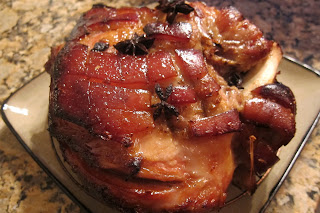 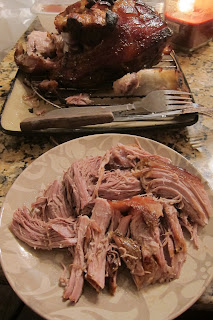 While the pork was in the oven cooking, my mother and I made the picked vegetables using carrots, papaya, vinegar and seasoning.  I cut up red onion, jalapenos and scallions and set them aside.

I have to admit, I didn't make the Vietnamese mayo from scratch. We bought a small tub at the local Vietnamese shop since no one seems to give up their recipe and every time I try to make it, it doesn't taste right. I found a few recipes online but none match the tasty spread found in the mom and pop's shops.

To assemble the sandwich, slice the bread horizontally and lightly toast it in the oven for
3 or 4 minutes at 300 degrees. We prefer our bread more soft that crunchy as it can get pretty messy and in some cases, scrape the roof of your mouth. 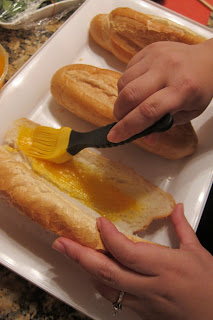 Brush the "Vietnamese mayonnaise" and spread the optional pate.  Layer the cucumbers, red onions, optional jalapeno and tender pork chunks.  I would recommend adding the optional sriracha hot sauce, salt, pepper and optional soybean sauce now.  Garnish with pickled vegetables and cilantro.  (My favorite part of the sandwich is actually the cilantro and pickled veggies so I actually LOAD it on), cut in half and serve.

If you want to go the extra step, wrap the sandwich in wax paper using a rubber band and throw it in a brown bag for the true fast food Vietnamese Banh Mi sandwich experience.

I was at Target the other day and found a individually wrapped Demi French baguette that was really soft. I thought was would be a really good alternative to the crusty hard bread from the Asian store. 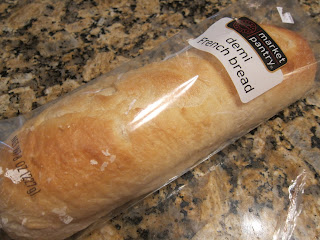 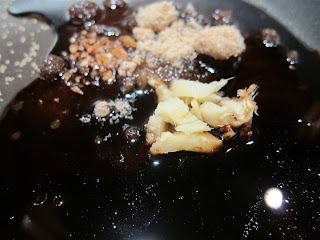 Add the roasted pork to the terriyaki sauce.  Assemble the sandwich per the above instructions and serve. 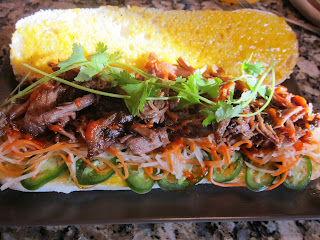 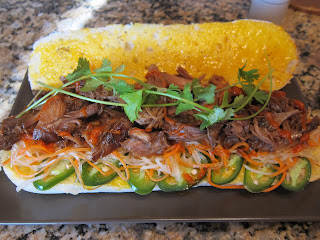 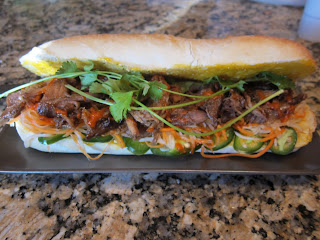