The Mo and I headed down South to NJ to surprise my cousin Pam who just welcomed her 2nd baby girl Mali.  After running around for most of the weekend, we grabbed a late lunch before heading back home.  I did a Yelp search and found a place within walking distance from her house. It was literally steps away. 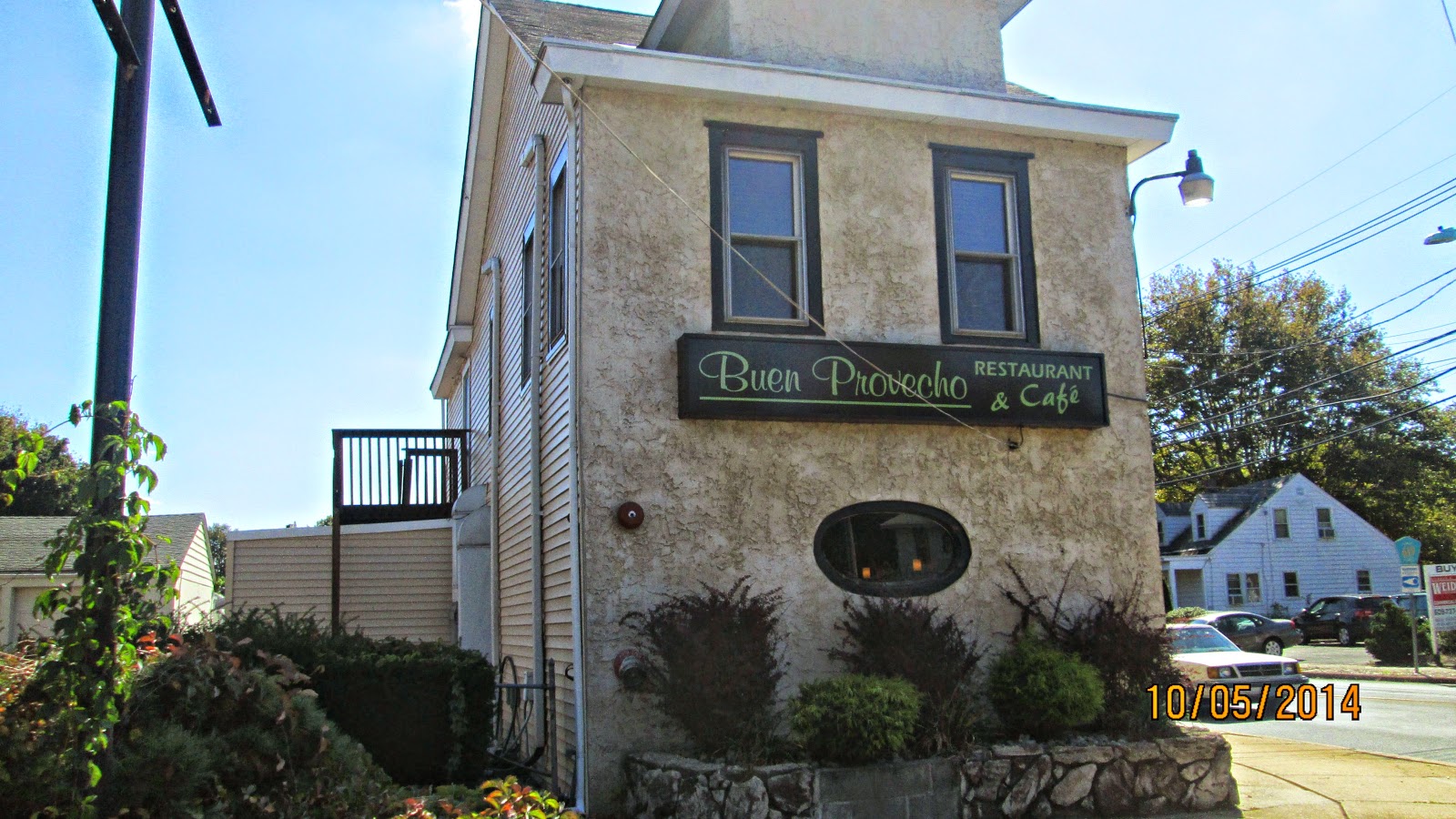 Buen Provencho  Restaurant & Cafe is a brand new establishment that just opened its doors in the summer.  The menu features authentic Puerto Rican staples that includes mofongo, pernil as well a handful of popular sandwiches you would find on the island itself.

When we arrived Sunday afternoon, the restaurant was empty. 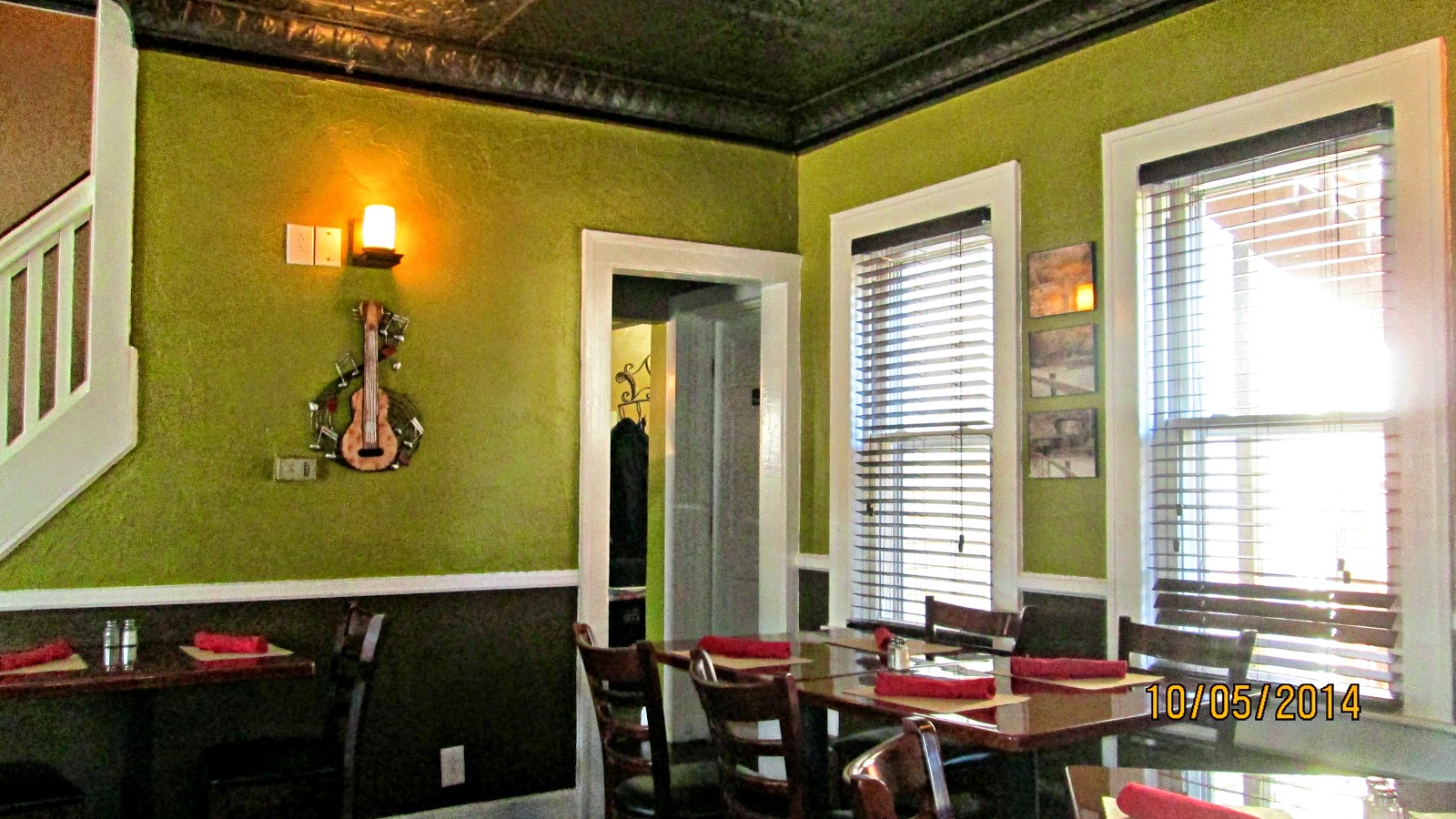 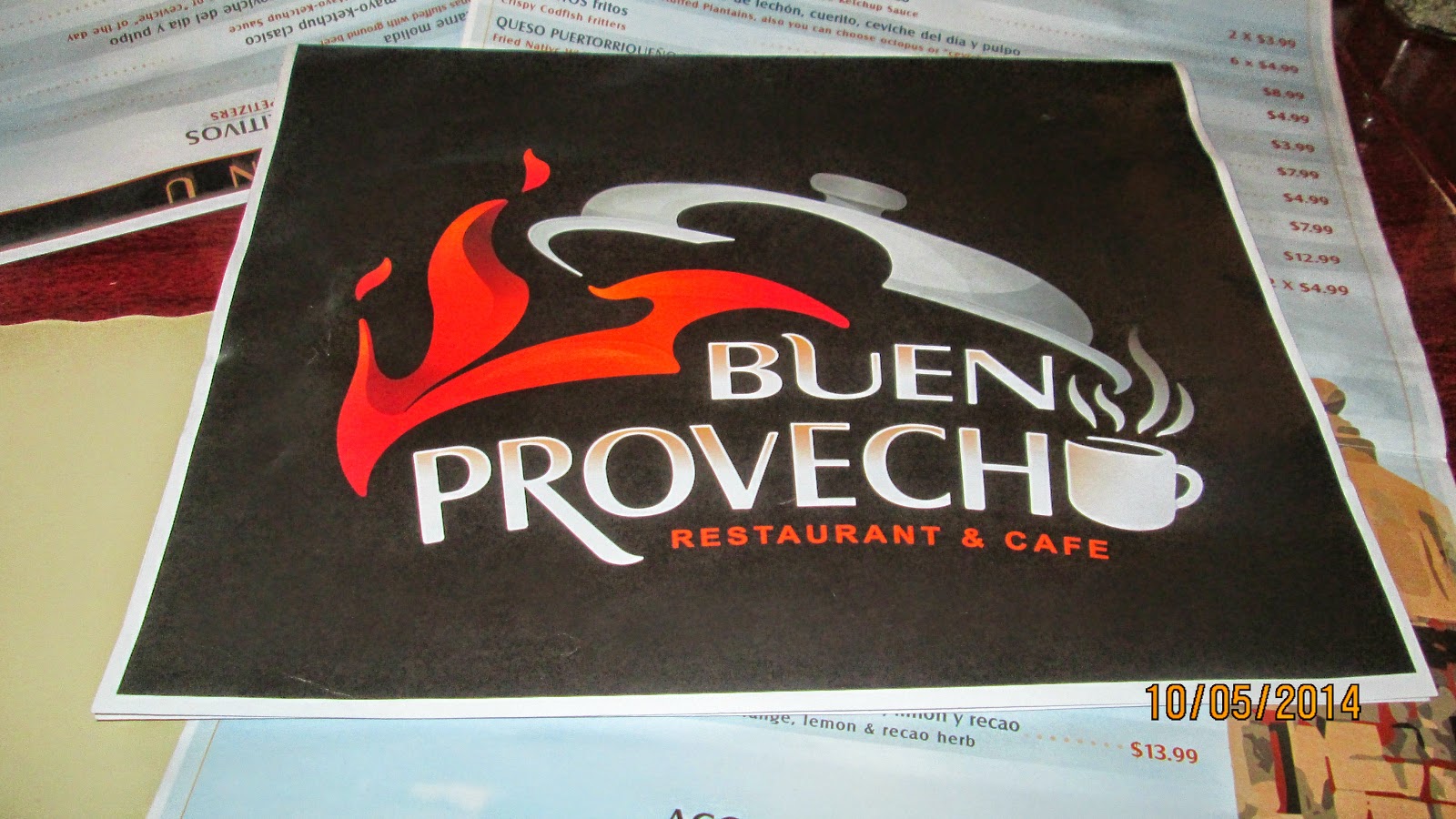 We started off with the appetizer sampler. "Surtido Boricua" which included empanadas, fried cheese, bacalaitos (fried codfish fritters). and a fried plantain cup stuffed with chicharron.  It was plenty for the four of us to share.  I loved the sweet dipping sauce as well as the mayo one. 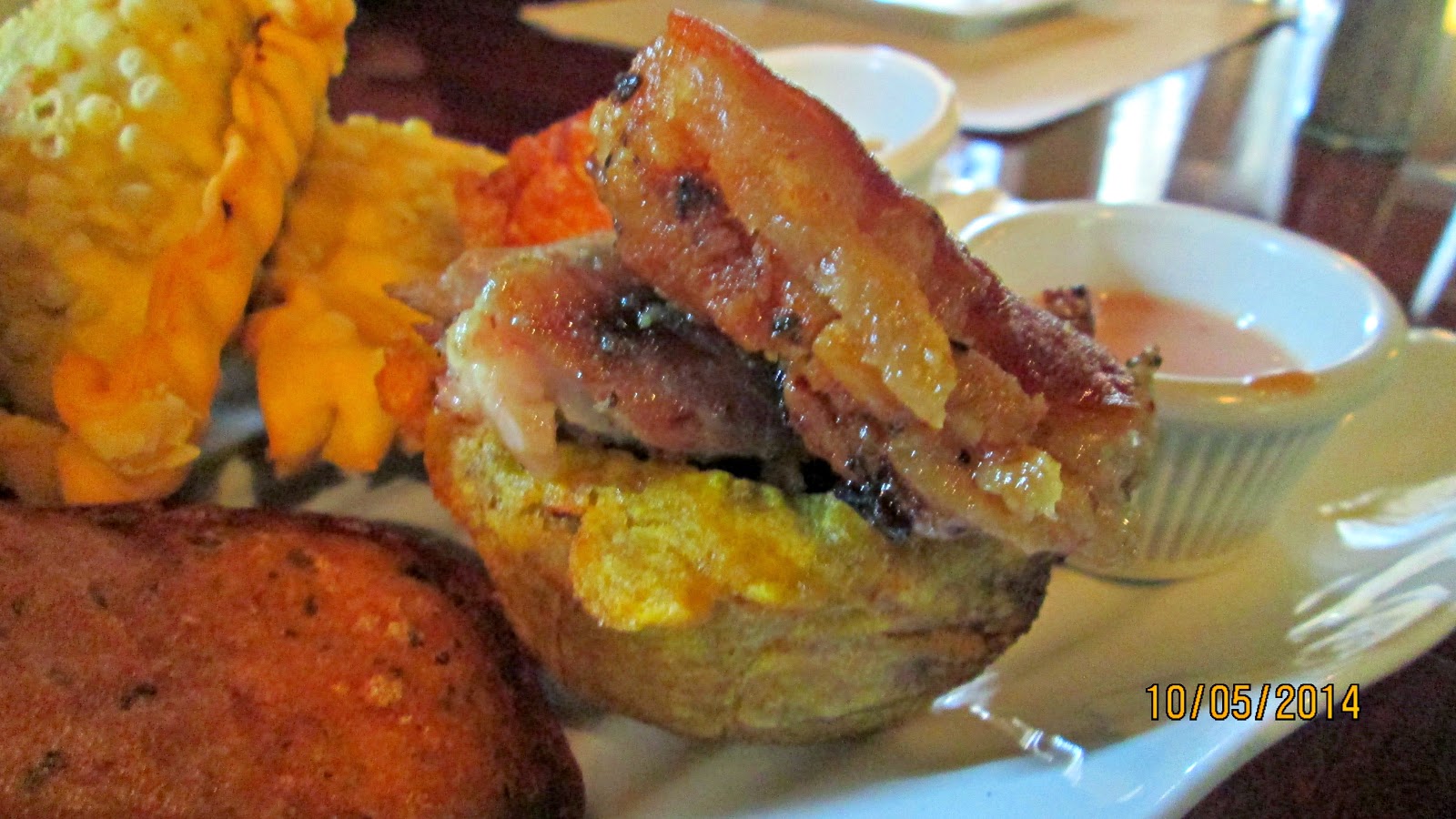 The restaurant is a BYOB establishment and does not have a liquor license.  Vichet and I each got a fresh pina colada.  It was probably the best one I've ever had. It was creamy and rich, not like the fake stuff that most restaurants offer.  The heavy drink was quite filling.  I should have paced it out more.

The Mo stuck with a sandwich with a side of sweet potato fries.  The Tripleta sandwich includes 3 types of meat.  He thought it was OK.

I'm still trying to figure out what the big deal with mofongo so I ordered the skirt steak version.  It was very good but nothing I would crave.

My cousin shared her pernil cerdo with  us and it was very tender, moist and flavorful.  I was disappointed that it didn't come with any pork skin.  The serving was huge.

Vichet went with the EL Jubaro Churrasco steak.  I had a bite and it the meat was well cooked and the rice and beans were delicious.

We were totally stuffed but intrigued by the dessert offerings.  We couldn't agree on one dessert so we got both the pina colada flan and the fried guava cheesecake.  Both were exceptional.  It was so good that I kept wanting to eat it but I had to stop.  The waitress insisted the coffee was amazing so Vichet was the guinea pig and tried it, he said it was good.

By the time we were ready to leave, the restaurant was nearly full.  There was also a private event that was about to take place on the 2nd floor. 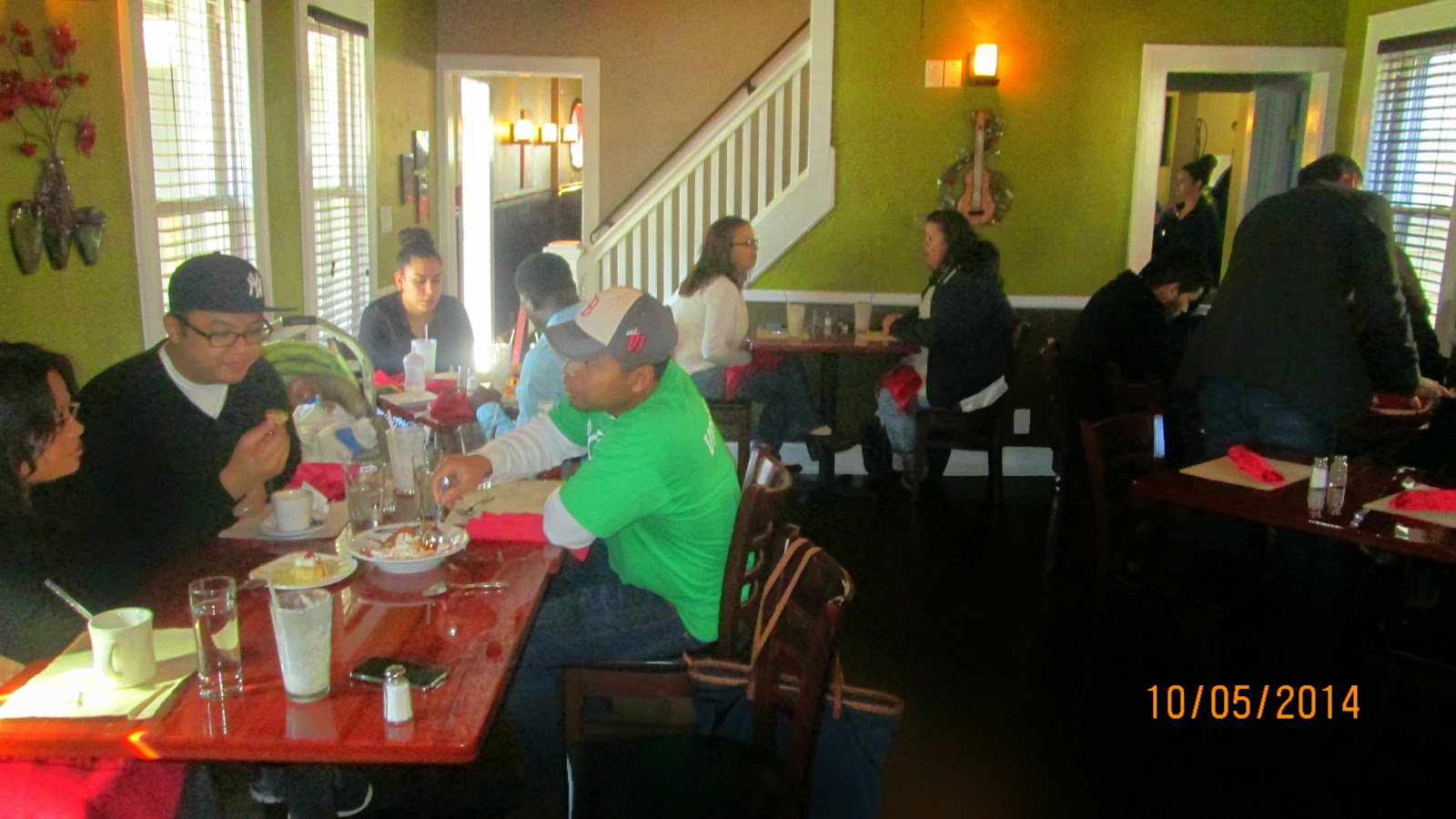 I thought the prices were pretty reasonable.  It would be a cheap date night for a couple to bring a couple bottles of wine to enjoy with their meal.

** We sat in a room close to the kitchen.  At times there was loud banging.  Every so often we'd hear the plates and cutlery being dumped into the sink which was really loud and disruptive.