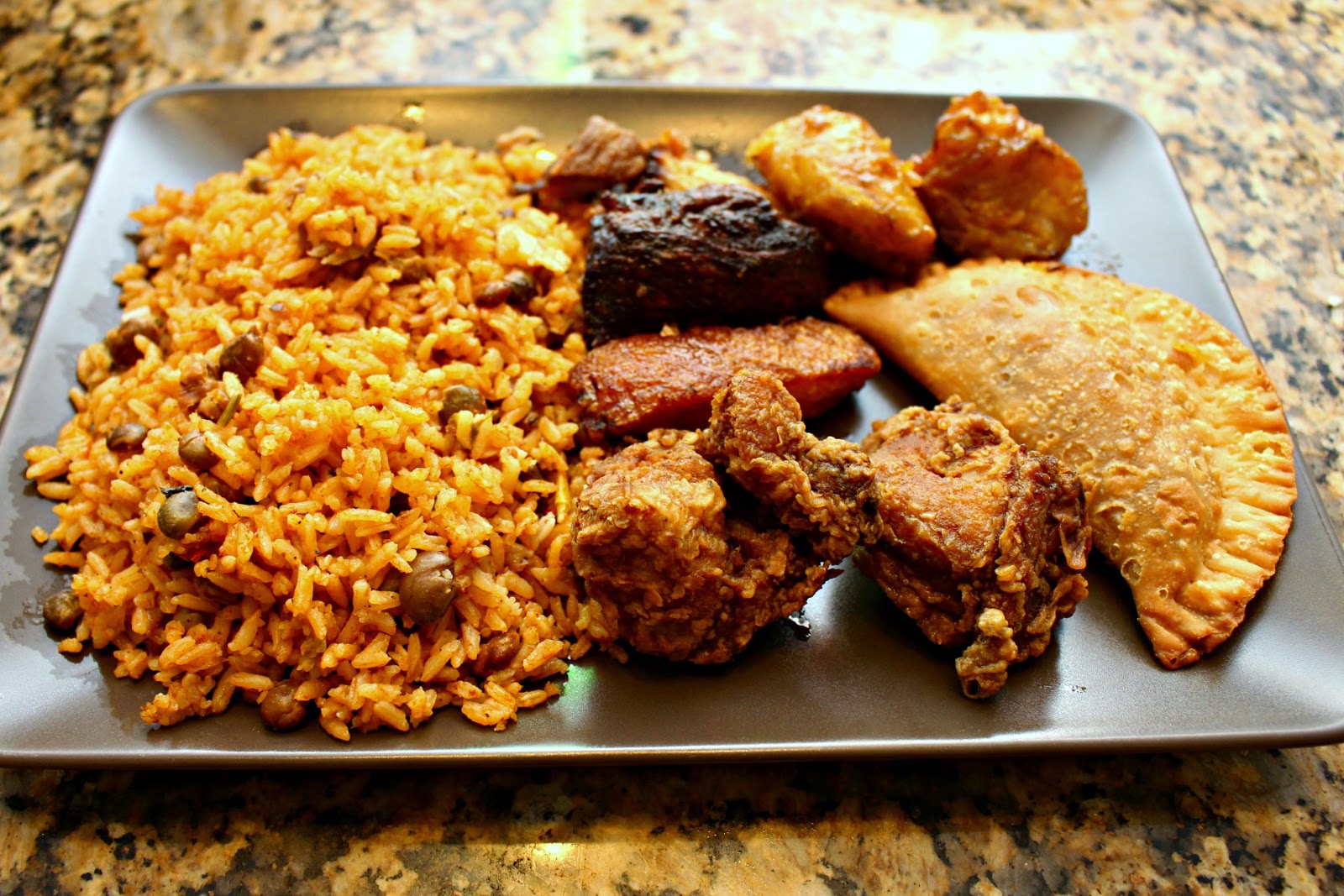 For most people, their social life dwindles down in the Fall.  For us, it just keeps getting busier. Within the past week, we've celebrated 6 birthdays and an anniversary.  In additional to all that, we're also attending a baby shower tomorrow.

To kill 4 birds with one stone, my friends and I got together for a casual dinner party at the DeLorie's home.  Since she herself just had baby Liam a couple weeks ago, we thought we'd order take out to make it easier on everyone.  Typically we get the Cambodian staples from Heng Lay or Simply Khmer but we wanted to try something new and Hispanic Cuisine came up.


I reached out to my friend Amsi for recommendations and she mentioned Bani, Delicias Paisas and Rancho Tipico.  Since I would be ordering for 12 people, I wanted to go check out the place and see the food beforehand.  We arrived at Bani and there wasn't much in the glass display.  I asked the man if there would be more food in the evening and he advised that he would be closing at 6 PM today. He recommended La Differencia on Middlesex St but I vaguely remember them having bad reviews.

We walked a block over to Rancho Tipico on Salem street where the vibe was quite different.  There was music playing in the restaurant and a line of people waiting to be served.  I felt like I was in Puerto Rico.

There were many dishes displayed behind the glass in food warmers that I had a hard time deciding which menu offerings to order.

The employees spoke limited English and brought me over to the manager.  He was young and friendly and appeared to be the only one allowed to manage the register.  We were frequently interrupted with customers trying to pay for their meal.  We ordered dishes from their warmers in addition to "Made to order" items from their extensive menu.  I learned that they also serve breakfast, which the Mo and I will definitely be back to try the huevos rancheros!

I kept asking the worker if we had enough food and he responded, "You have more than enough!" The young man was very accommodating and gave us a a few extras.  He threw in about 8 empanadas,  a salad and a drink.  He also upgraded a few of the dishes to "large" when we ordered a small.

My friend Matt noticed that they delivered so we asked if they could deliver our order at 7:30 PM to his house instead of us coming back to pick it up.  The total with delivery came out to about $130.00. THEY ACCEPT DEBIT/CREDIT CARDS!

We sipped on homemade sangria as we waited for the food to arrive.  The guys were feeling "fancy" had sipped on scotch.

The delivery man was very nice and arrived on time.  The food was well packed and there was minimal spillage.  We laid the containers on the table, buffet style so our friends could decide what they wanted to eat. 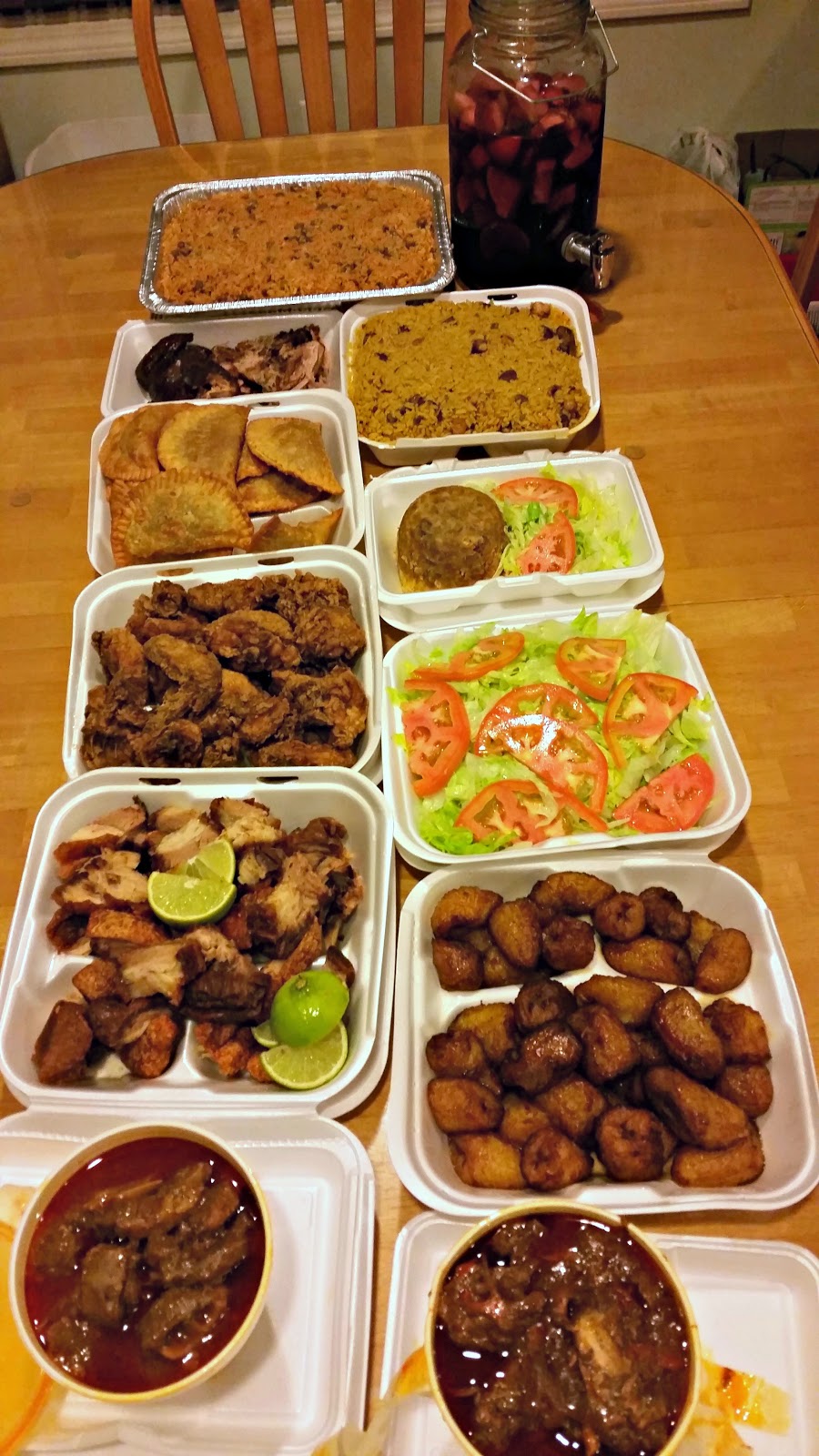 The meat fillings in the empanadas were dry and lacked excitement.  I wished there was a tomato paste to keep it moist and flavorful.

Depending on who you asked, the platano marduro (sweet plantains) were a hit or miss.  I really liked them but Miss Koli didn't.

I preferred the regular Spanish rice and beans over the paella.  The paella was a bit on the salty side and it was hard to eat other saltier items along with it.  The seafood used was prepackaged. 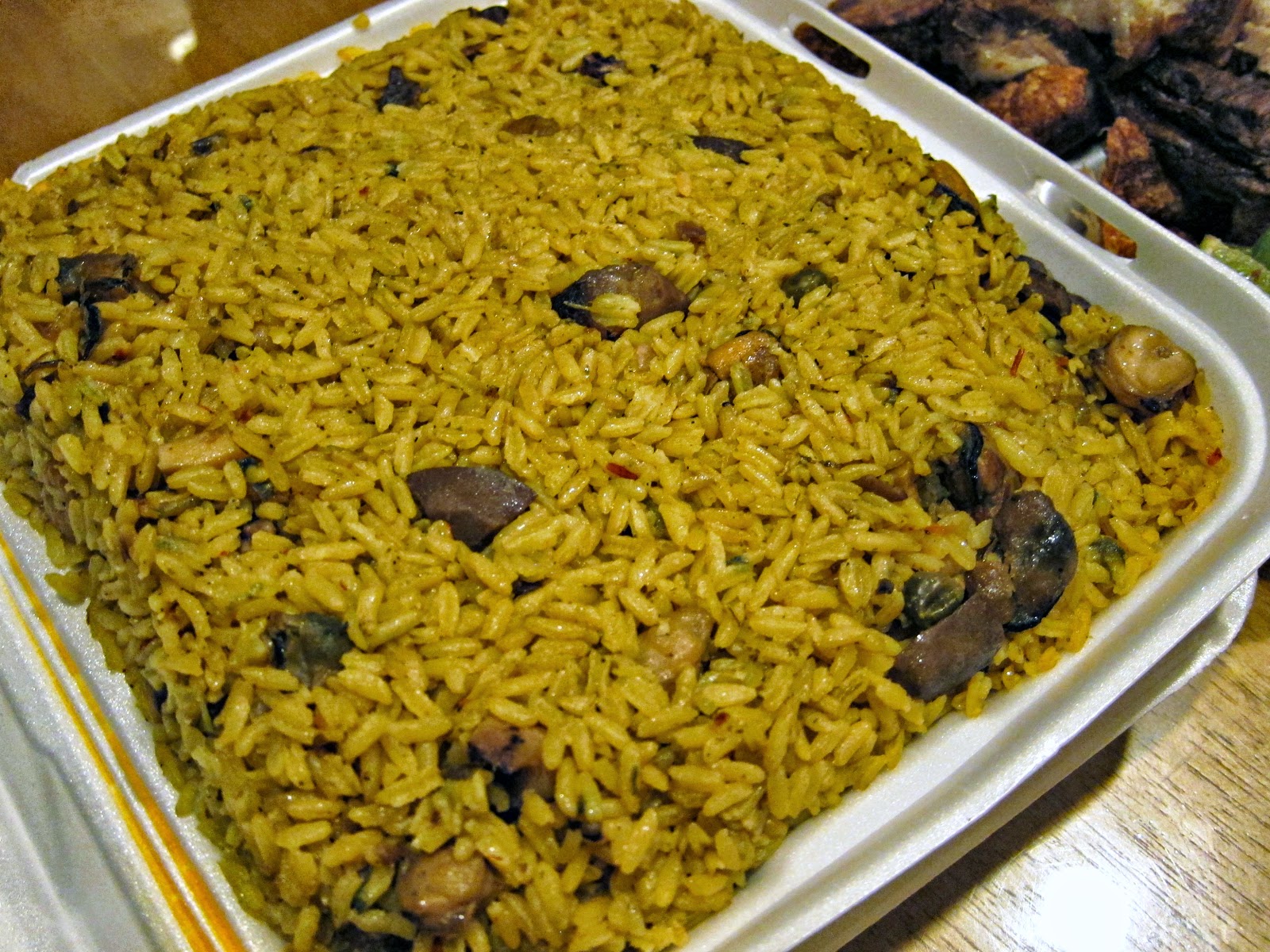 The pernil slow roasted pork was good but the flavors were inconsistent.  You either had a really salty piece or a chunk that lacked flavor.  I am also biased because I really love my sister's pernil (even though she's Cambodian and not Hispanic)

The winner of the evening was the Chicharro de cerdo, which Kea was recommended by one her Puerto Rican friends.  The pork was salty and crispy and fried to perfection.  The fresh lime added a perfect contrast to the crispy pork rinds.

Our group of friends love wings whether they are Simply's hot wings or Kim's Salt Lake City wings (inside joke).  We ordered 20 pcs of fried chicken.  The chicken was actually pieces of a large chicken.  The seasoning and batter was good but the packaging made it a bit soggy before it arrived..  (Note: it tasted MUCH better the next day when I warmed it up in my counter top infrared)

The complimentary salad was surprisingly tasty with their own flavors and dressing.  We think salt and pepper was added.

We got two red stews, one with chicken (pollo guisado estilo)  and one with ox tail (rabo guisado).  Although they were a tad bit salty, they were rich in flavor and included large chunks of meat.

I always hear about how delicious mofongo is.  It's a dished made with fried mashed plantains along with garlic and pork rinds.  Rancho Tipico's version was just OK, nothing to write home about.

To end the night, we had home made apple pie, cannoli, cupcakes and an ice cream cake from La Cascias in Burlington.  What a fun night! 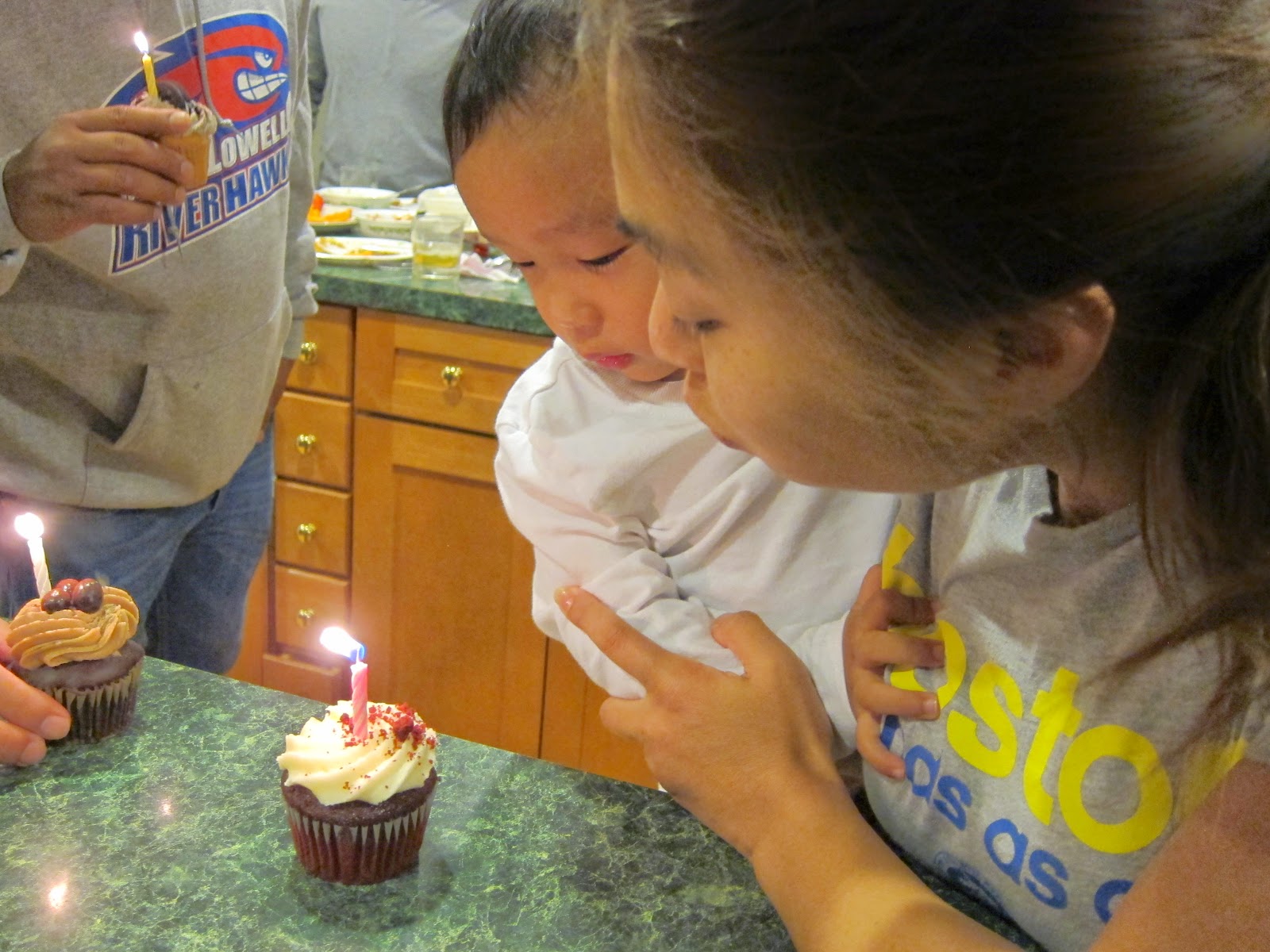 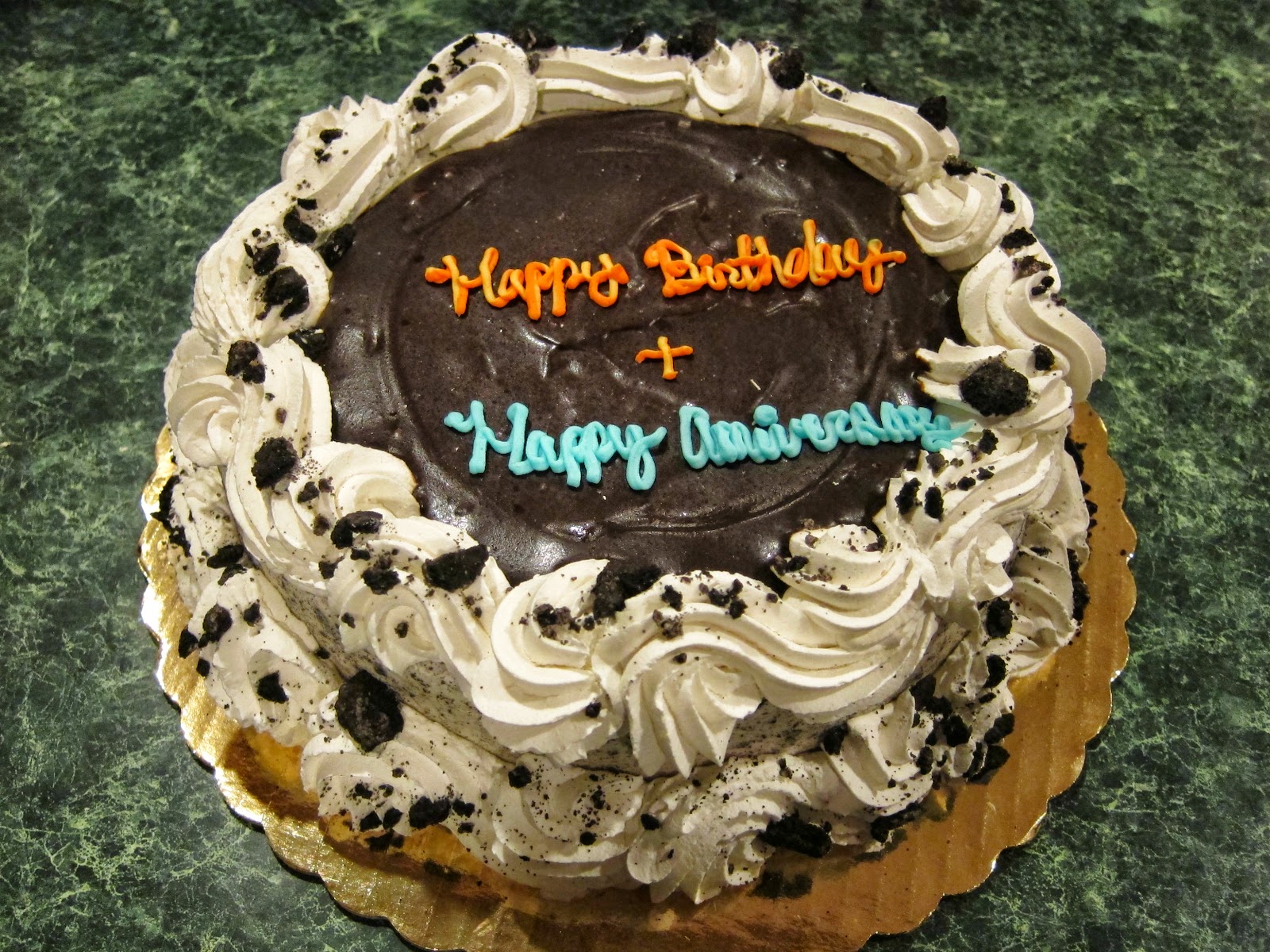 Of course we had leftovers and I warmed it up for lunch the next day.  My experience was better because the rice was piping hot and the pork and chicken was baked to its original crispiness.

Overall, I think the meal was good.  Although we probably won't be regulars, the Mo and I will definitely be back to try the rest of their menu offerings.