After some compromise, we allowed the boys got to sleep in this morning until 11:00 AM.  We cooked all the leftover groceries for a large brunch since it would be our last full day at the apartment and didn't want anything to go to waste.  I tried to make fried rice but it was lacking soy sauce.  It was pretty much chicken flavored rice pilaf with vegetables and smoked sausages, still tasty but not my usually Cambodian fried rice.

Since we had just a busy day yesterday, we just wanted to relax.  We headed to our favorite beach, Antony's Quinn Bay a little bit after noon time.  Helen and I splurged for a sun bed and paid about $5.00 each and read books while the boys went out snorkeling to catch video footage of various fish species in the bay.  Syn explored the whole bay and was out for ours at a time loving each minute of it.  We soaked in some rays, swam and snorkeled for a half a day, just enough for a nice preliminary tan. 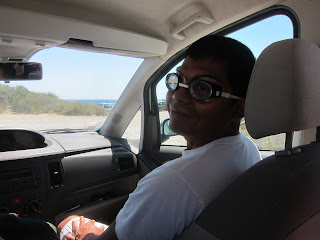 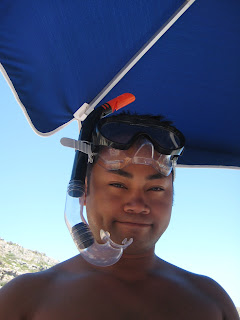 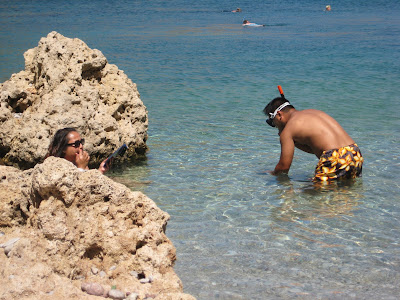 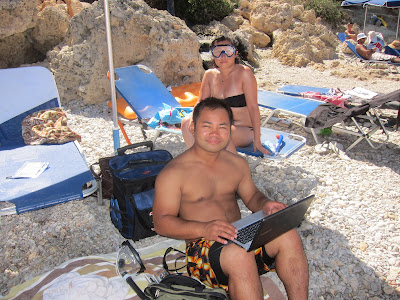 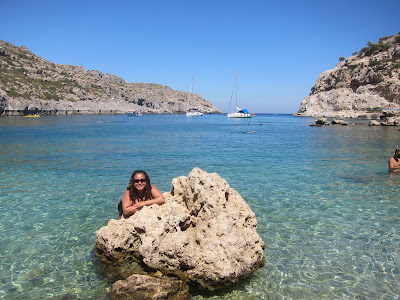 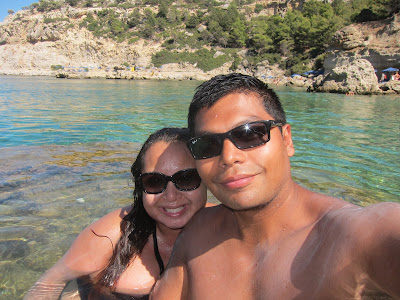 We returned to our apartment and showered and headed back to Old Town (the ancient medieval city.)  Since we hadn't eaten for half a day, we were enticed by a restaurant by the main entrance of the harbor that offered a balcony seating with a beautiful view of the main courtyard.  The food was definitely more than what we had been paying the past few days in other parts of Rhodes. 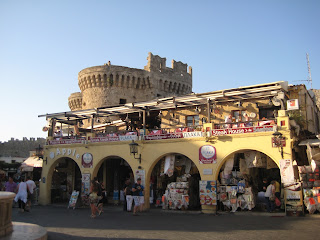 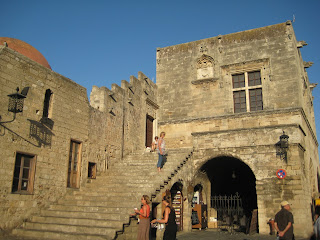 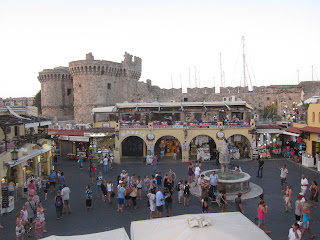 Each couple ordered a liter of local beer in the novelty boot glass.  To our pleasant surprise, one of the glasses arrived in a women's full figure shape (boobs and vagina).   That left us giddy and of course the cameras came out. 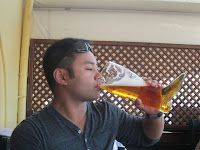 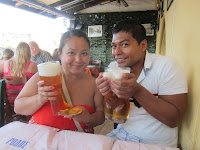 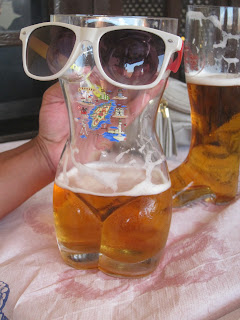 The Mo and I split a Greek Shared plate for two consisting of grape leaves, Moussaka, stuffed tomato, stuffed peppers and tzatziki, a Greek cucumber and yogurt sauce. It definitely was just the perfect amount of food for us as I could barely walk afterwards. 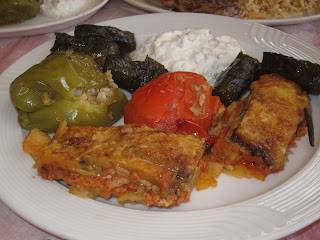 Helen and Syn shared a similar smaller version of the meal for an appetizer and indulged in grilled pork chops and moussaka.  We all agreed that our favorite dinner in Rhodes was the local restaurant we had in Faliraki last night, Manolis.

After dinner, we walked around the cobblestone roads in search for the ruins within the Old Town.  The lively town had a different vibe at night time compared to when we originally visited a few days earlier the day time. Tourists from all over Europe roamed the streets as restaurant employees and shop owners competed for their attention.  Music blared from each restaurant and bars as patrons quenched their thirst with fishbowls and massive mixed drinks with sparklers sticking out of them.  Some of the cocktails for 4 were so elegantly displayed and stood 3 feet tall with multiple stems of garnishes.

The castle walls and doors were glorious.  It was hard not to wonder what life was like during the time period when the walls of the town was resurrected.  As we walked through and observed the architectural, the sun had set and we returned back to the apartment. 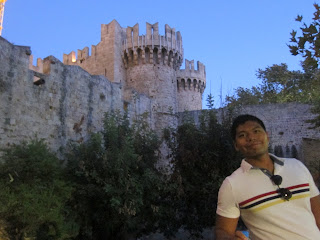 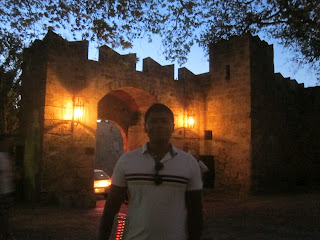 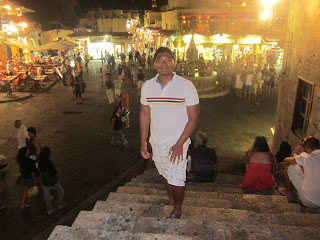 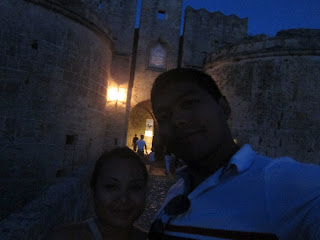 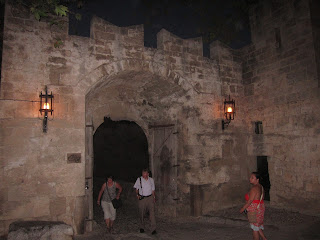 We were faced with the bothersome task of repacking our things.  It was definitely nice to have a few days of stability in Greece before resuming our backpacking trip.

The routine didn't seem as long as it did before since I had more dirty clothes that I just threw into my backpack and left clean clothes in a separate bag. Since I was running low on undergarments, I had to wash them like it was the early 1900's before the invention of the washing machine. 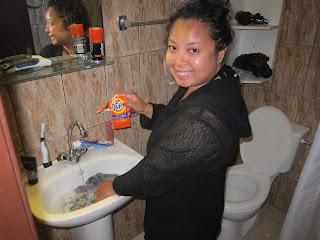 The group headed back to Bar street for one last gyro before our the Greece portion of our trip was over. 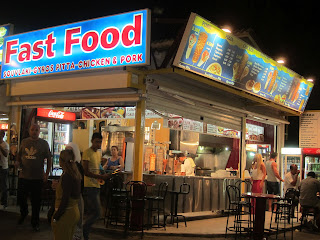 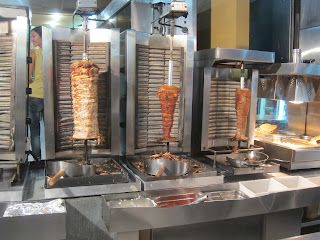 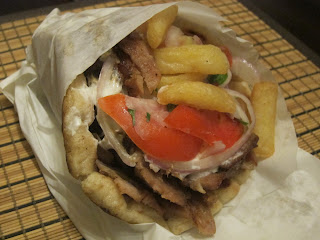 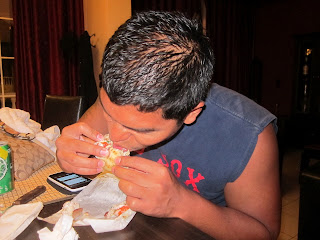 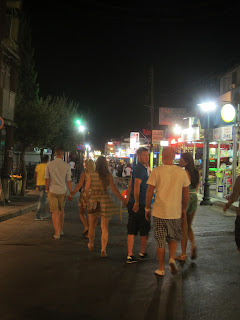 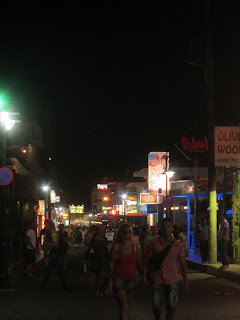