I dragged myself out of bed at 7:30 AM still desiring a few extra hours of sleep since we passed out at 2:00 AM the night before.  I cooked the group a Turkish omelette (even though we are in Greece) with the groceries we picked up last night.  We kept seeing them at restaurants and the airports and wanted to try it out. It seemed pretty basic, a few sunny side up eggs topped with cheese and smoked sausages.

Our car rental arrived and we were off in an olive green Fiat, which is was recently introduced in the states with the controversial Jennifer Lopez commercial.  It was a manual transmission, standard in Europe and just the right size for our group of 4.

After the Mo getting used to the clutch, we were off to Rhodes town on an expedition to find Elle beach.  The beach has a diving board in the middle of the ocean where you can dive off.

After getting lost for a 1/2 hour, we found the pebbly beach.  The rocks and stones definitely hurt my feet but  I needed to take a dip to cool down. The AC in our rental car was lacking and mu butt was super sweaty.  After taking heading into the water and attempting to swim towards the diving board, I realized that I probably wouldn't make it back in fear of being tired by the time I swam there, jumped off and swam back.  I opted not to go and felt like a failure. I was definitely disappointed in myself.

We walked by the harbor where it is thought to be the location of one of the seven wonders of the Ancient world, the Colossus of Rhodes, a triumphal 70' statue of their favorite god, Helios. 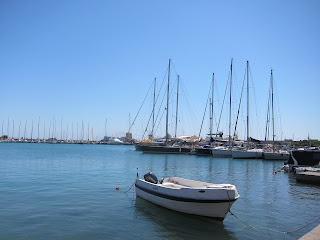 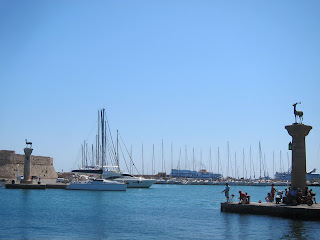 We walked around Old town of Rhodes which is the oldest inhabited medieval town in Europe. The whole town is surrounded by tall stone walls that enclose hundreds of shops, restaurants, temples, ruins as well as housing for the locals.  We were told that it would take 5-6 days to fully explore the town. 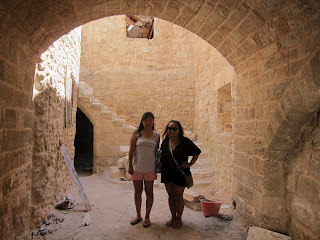 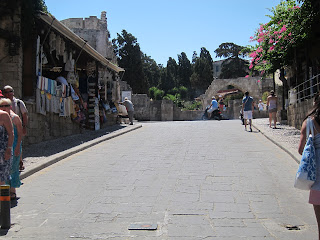 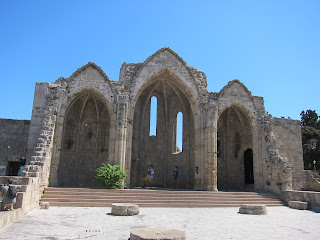 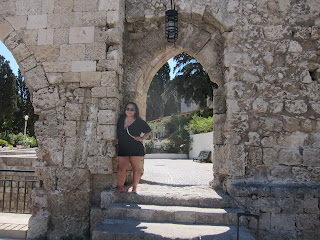 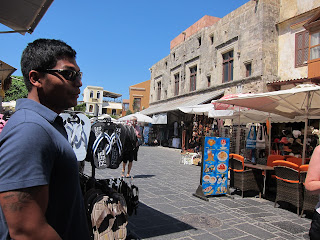 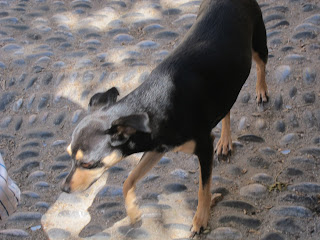 On our way back, we picked up groceries for dinner and breakfast to save money on dining out. 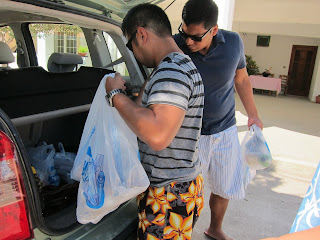 By 3, we were famished and walked to a nearby Greek restaurant near our apartment. I had moussaka for the very first time and I loved it. I think I will try to make it back at home. Moussaka is an eggplant based dish with minced meat and tomato paste topped off with a white cheese sauce and baked to perfection. It was rich and hearty but satisfied my hunger quickly. 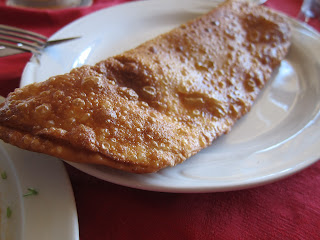 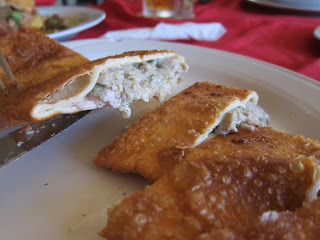 After a late lunch, we headed back out to Anthony Quinn Bay for a swim and to soak in some sun.  Since it was after 5PM, the sun wasn't scorching hot as it had been earlier.  The beach was pebbly but the water was crystal clear and the view of the bay was amazing. 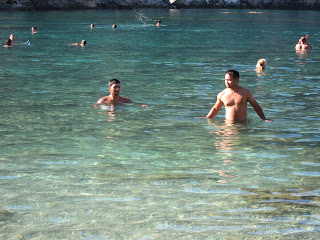 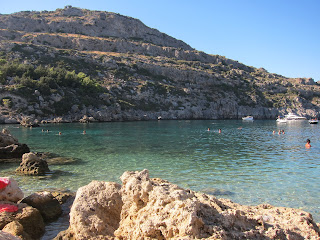 Since we all got trashed last night, we decided to stay in and lay lo tonight.  We made fettuccine carbonara with bacon and garlic bread. We spent the rest of the night relaxing and laughing to Chris Tucker and Jackie Chan's Rush Hour 2. 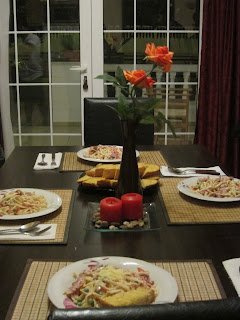 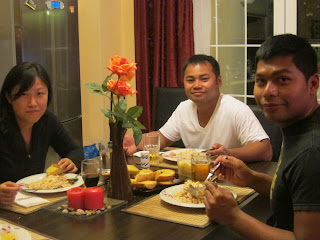