And we're off! Boston to JFK 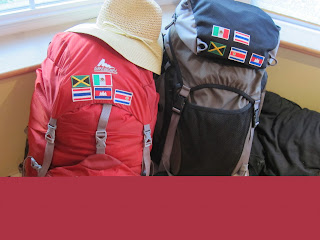 It’s another year and another backpacking trip! For those of you that don’t know us by now, the Mo and I like to save all our vacation days and go on a 2-3 weeks backpacking expedition each year and explore the world on a college kid’s budget.  We indulge in the local street foods, share dorm rooms with other interesting foreigners (except in the case of Costa Rica, where it seemed like everyone was from Massachusetts or the States.)

This year it was the Mo’s pick and he chose Turkey and I persuaded him to add in Greece since the countries are so close to each other and we would be able to kill two birds with one stone.  He actually got the idea from a cool Turkish-American chick, Sila who we dormed with in Costa Rica and she convinced us it was definitely a “must-visit” country.

To save a few hundred dollars, the Mo and I decided to take a train/bus combination to JFK from Lowell instead of a connecting flight from Boston’s Logan airport.  The difference in airfare would have been about $200.00 a person for roundtrip ($400.00 total).  The frugal personality in me decided it was too much money to waste.  This is the alternate route we came up with.  Sure, some people would say that time= money,  but we were already on vacation and we wanted to pick up some snacks in NYC. 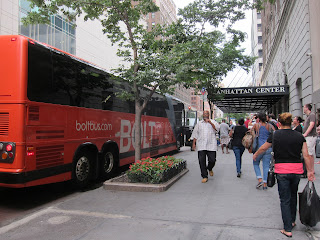 I don’t think it will cost as much for our return trip since we’ll probably share cabs with our other friends but even it was the same price, the total would be about $125.00 roundtrip and we would have still saved $ 275.00 which could be used towards booze or some other fun activity.

Travel time from Lowell to JFK: About 10 hours with stop for lunch
Travel time from JFK to Istanbul: A little over 10 hours
Total travel time from door to door: 24 hours total, now do you see why I need a mid travel drink?
Since we left the house at 5:00 AM this morning, I didn’t feel like eating breakfast or grabbing anything from McDonalds or Dunkin Donuts at South Station. It was still too early too eat and I typically don’t eat breakfast until 9:00 Am- ish or when it’s time for a DD’s coffee run.

I went on Yelp and looked up a few places to eat around Penn Station and found a popular place called, Lunch Box Buffet.  It was literally 1 minute walk from our bus stop in NYC.  The name is misleading because its not exactly a buffet, more of a cafeteria style setup with different Chinese cuisines, similar to Lowell’s yummy express, just quadruple the size .

There was a large selection of authentic Chinese foods including pig’s feats, fried fish heads, garlic vegetables  etc. There was also a large variety of American Chinese foods including fried chicken wings, general gau chicken and fried rice to name a few.  They had a bakery with the traditional Chinatown pork filled buns, cakes, rolls and of course bubble tea.  The best part of it all, the combo plate was only $5.00 for 5 items! 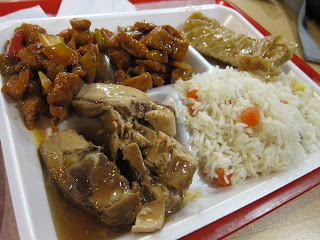 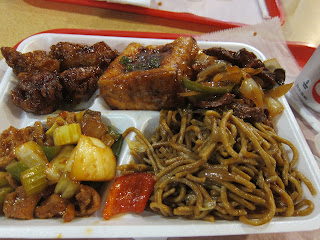 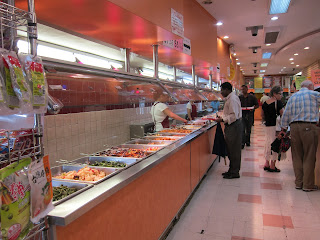 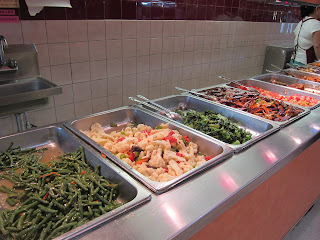 The Mo and I eat got a combo plate, drinks, a bubble tea for me, a mango cake dessert and a few pork buns to go for only $20.00.  2 Lunches + 3 drinks + 1 dessert + 4 snacks to go for $ 20.00 in NYC.  The food wasn’t “Chinatown” quality but it was still tasty and it did the trick, plus I hadn’t eaten all day.  It seemed like a popular place, as soon as it as a little past noon, the upstairs seating area quickly filled with both locals and tourists enjoying  good Chinese food. 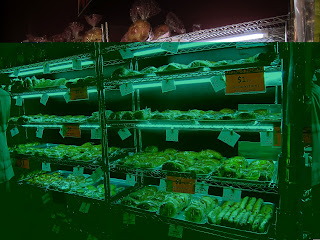 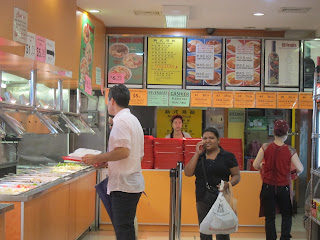 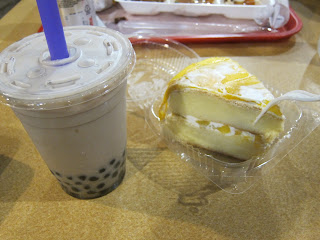 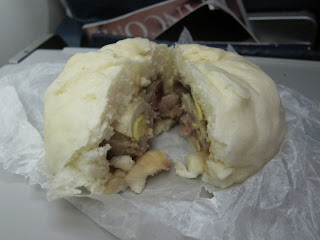 The subway + AirTrain ride to JFK was a breeze, the trip took less than 45 minute and the AirTrain station was immaculate, lots of restrooms too which is definitely a plus with my small bladder and drinking 2 drinks.  Check-in and airport secuirtiy went quick and smoothly since we I checked up both in the night before and weighed our luggage for any possible weight issues.

After finding our terminal and gate, we grabbed drinks at Legends Sports bar in the airport, a double whisky on the rocks for the Mo and a glass of Pino Grigio for me, trying to keep it classy.  $30.00 for 2 drinks with tip and tax, talk about airport gouge! The flight is supposed to have unlimited beer, wine and sake so I am looking forward to that.

We definitely took advantage of the unlimited wine and drank about 6 glasses and passed out! Hello Istanbul!  Delta foods pics below, not impressed. 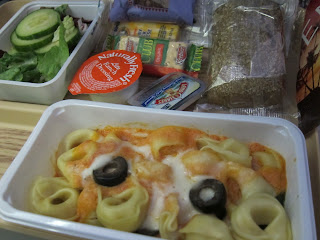 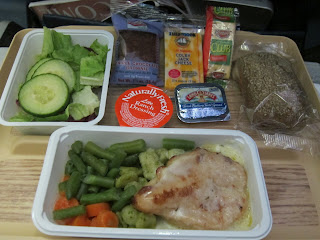