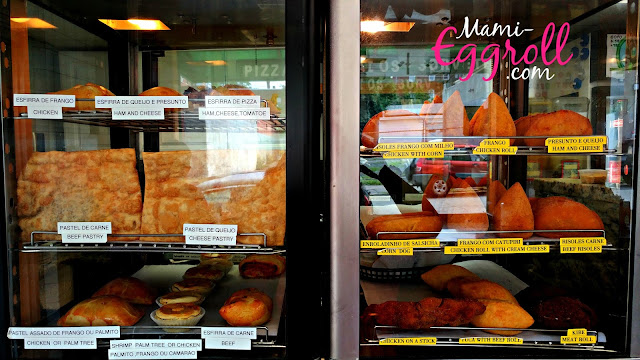 Usual, I'm the one that picks where we go for our weekend meals but today, the Mo suggested we try Romeo & Juliet, a Brazilian eatery that he discovered on Yelp.  I was a bit apprehensive at first but I gave him the benefit of the doubt without having a chance to read the reviews.

We arrived at what seemed like an abandoned restaurant in a "rougher" area of Lowell on a side street between the transitional housing center (homeless shelter) and the infamous Appleton Street.  The small restaurant had a private parking lot on the side of the building.

There were a couple of  restaurant patrons eating huge rice plate meals with meat and salad. I knew for sure that we wouldn't be able to each finish one of our own. As you walk into the restaurant, the kitchen and ordering counter is on the left and there are bar stools and counters to the right. 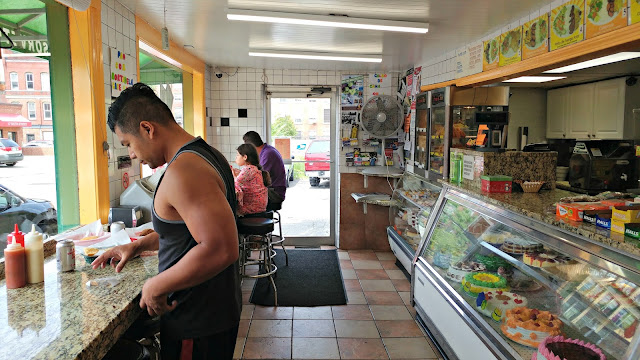 The staff speaks very limited English so it was nice to have pictorial references hanging above the counter as well as displays with the pastry and dessert offerings for the day. Everything looked soo delicious, it was hard to narrow down our selection! 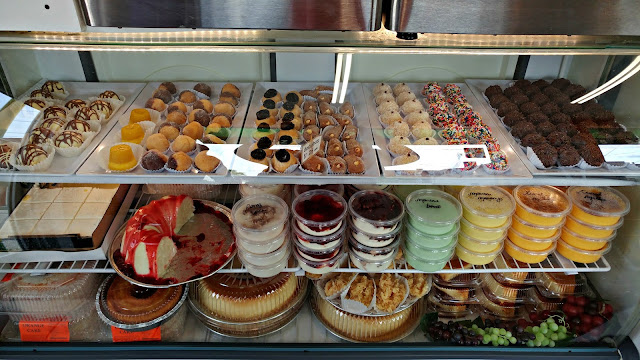 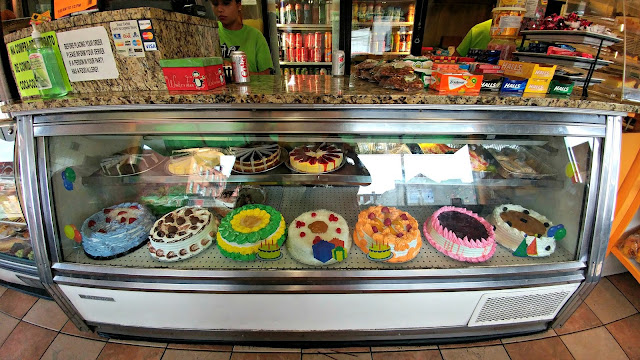 In the corner of the restaurant, there was also a small retail section with fresh bread, cake and chocolate. 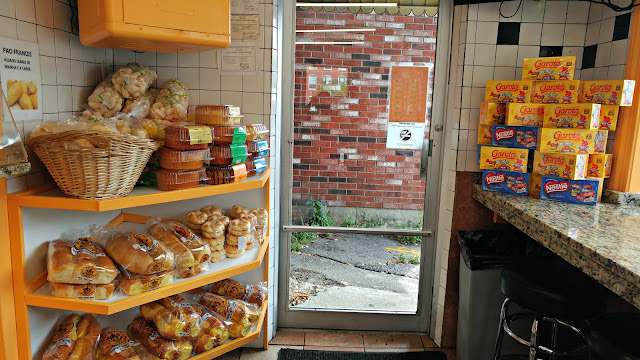 We went with three of the fried goodies (pastes) on display and also ordered a fried fish nugget rice plate.

The "pastes" were $2.75 each and was still warm when took a bite into them. The pictures do not do it justice. Each fried deliciousness was massive. 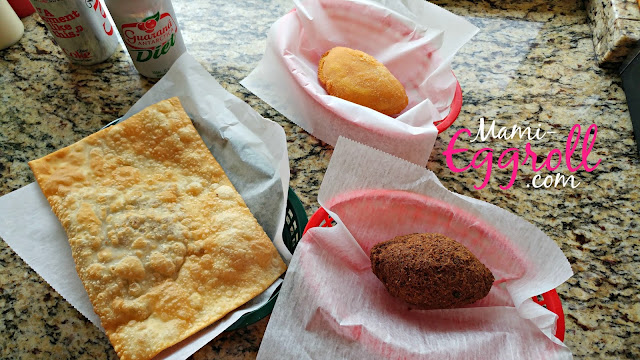 The pastel de carne was flaky with a beef filling. There was another option for cheese only.  It was like a flat version of an empanada or Jamaican beef patty. 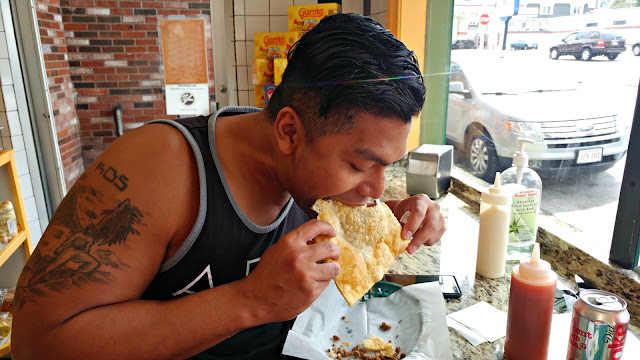 I was surprised to see a Kibe meat roll in the display case as the dish is more prevalent in Middle Eastern cuisine.  Their version of the kibbe was fried and moist.  There was plenty of ground and shredded meat.  It was a huge piece.

My favorite was the chicken with corn "risoles frango com milho" pastry.  It reminded me of a tamale with shredded chicken and corn, It was gooey and delicious! I would go back there again just for this.

For lunch, there were burgers and combination plates that included rice, salad, beans, fries and a meat or fish option.  There were grilled chicken, wings, marinated steak, sausage, fried fish fillet and fried fish fritters.  We went with the fish fritters. The plate was massive and there was more than enough for the both of us. It was so cheap, around $8-10.00.  The meal reminded me of a "casado" which we ate almost every day on our trip to Costa Rica.

To wash that down, I got a Brazilian soda, the #2 most popular soda in Brazil.  The flavors are unique and tough to describe as it's made from the guarana plant common in Brazil. 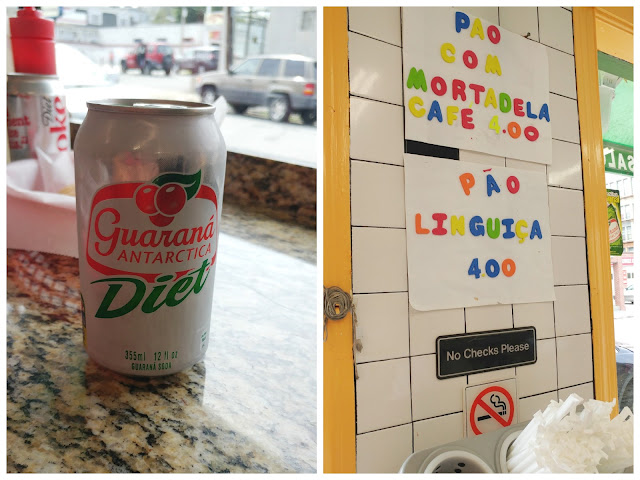 We were so stuffed, we couldn't even finish our meal. Never-mind the endless dessert that I wanted to try. 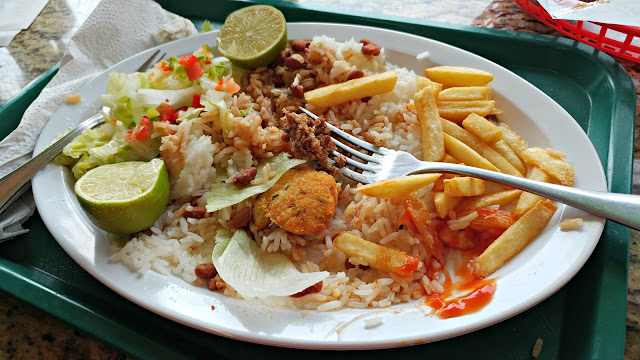 We will definitely be back to try other menu items at this place. Service was friendly and prices were great! The platter, (3) fried apps and sodas were less than $20.00.