Luxurious brunch at the Taj Boston

For celebratory occasions (or if you just $86.00 to blow), the Rooftop Sunday Brunch at the Taj Boston is a must.  The all you can eat buffet is served on a higher level of the elegant hotel overlooking the Boston Public Garden.  The menu features quite the selection of charcuterie cured meats, cheese salad, sushi, raw bar, Indian and Western entrees.  There is also a made to order omelet station as well as a Belgian waffle station.

We were a group of girls in Boston for a bachelorette/birthday party and we all love to eat! The rooftop Sunday brunch perfect for us.   I was so excited to be greeted by the raw bar station! There were crab claw, oysters and colossal shrimp. Screw the pastry offerings nearby, I was diving into the seafood offerings.


The oysters were a bit on the skimpier side and the crab claws seemed like they had been prepped hours or days in advance but it was still good. 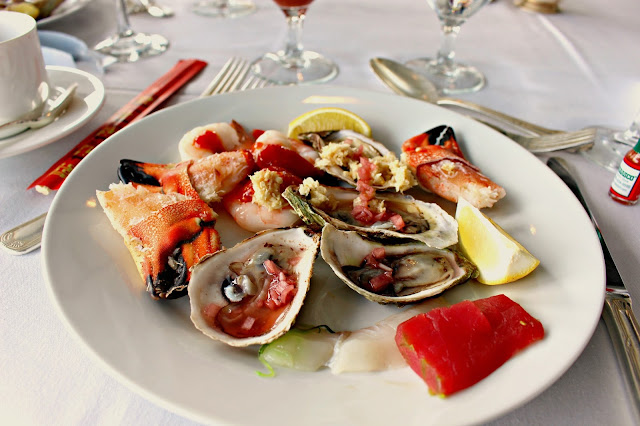 The maki rolls on the sushi rolls looked pretty fresh, I only grabbed a few because I didn't want to load up on the rice. 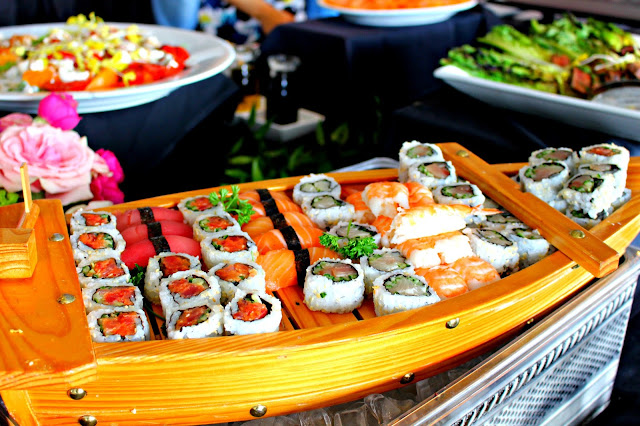 The sashimi offerings were good and the Thai steak salad was excellent. I wished the steak was cooked just a tad bit more. I'm a fan of medium but this was more on the rare side. (pics don't show it well) 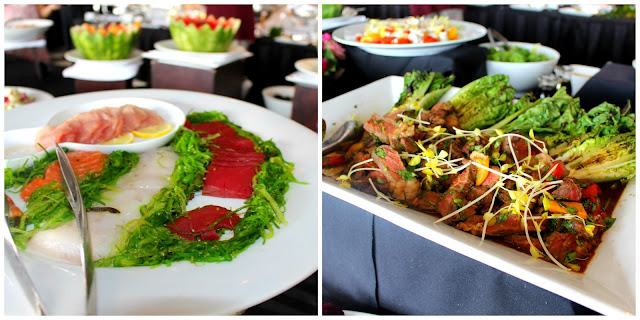 Since we had a later reservation and some of our friends showed up late, the charcuterie and cheese board seem like its been left out for some time.  I'm still a fan of prosciutto and brie. I asked for honey and drizzled it on the brie. It was still delicious. 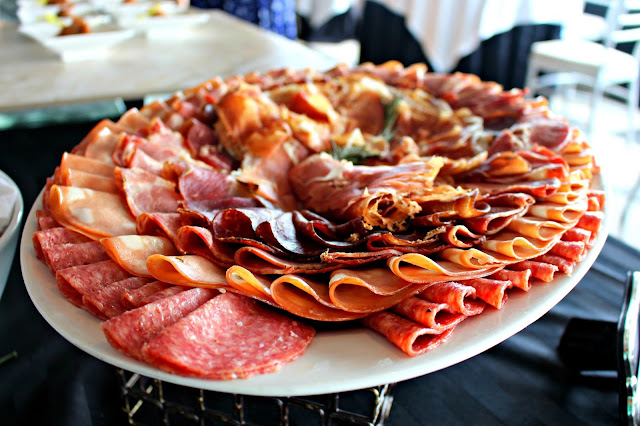 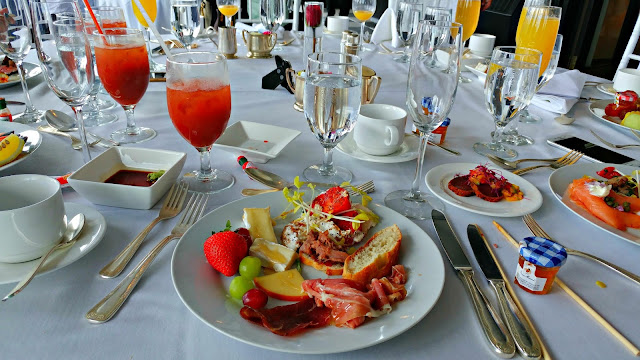 I didn't really dive into the heavy entrees because I kept going back for cheese and oysters! I did try the filet and it was great with the peppercorn and Bearnaise sauce. 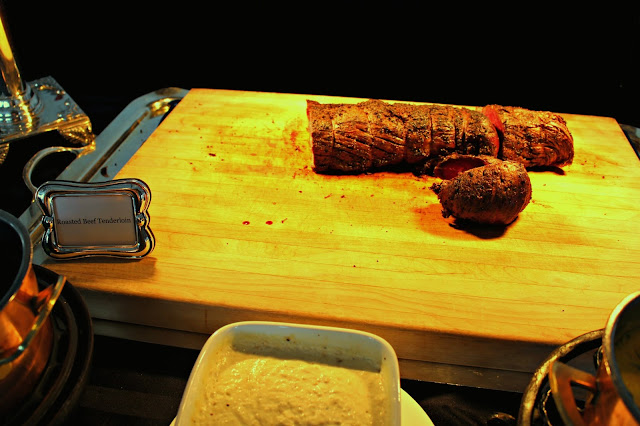 Some of the girls took part in the omelet and Belgian waffle station.  It was so picture perfect and looked so tasty! 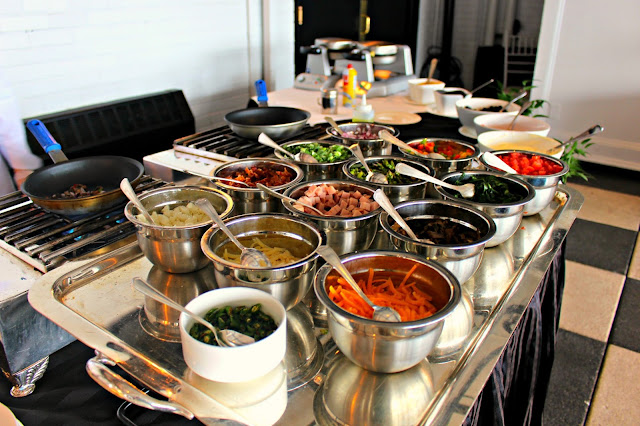 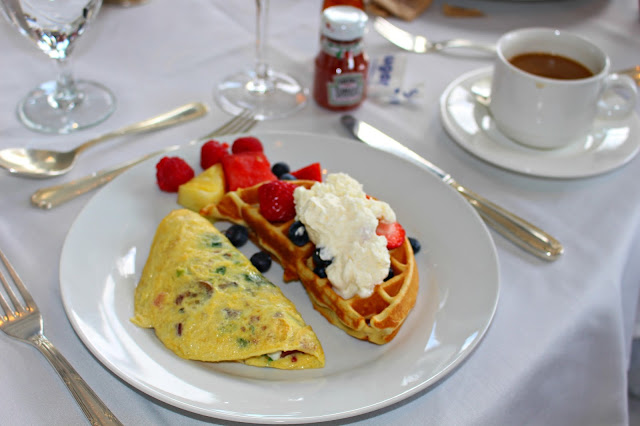 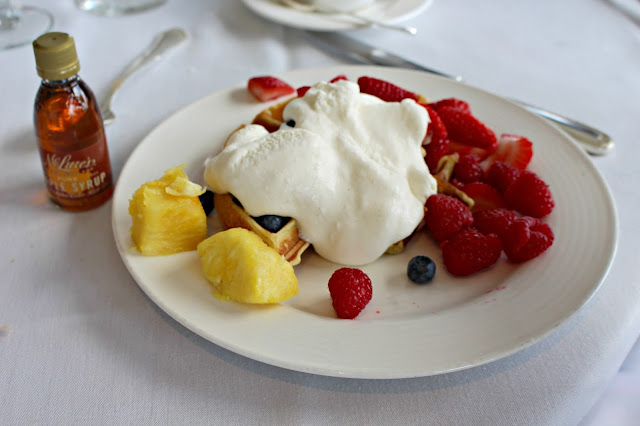 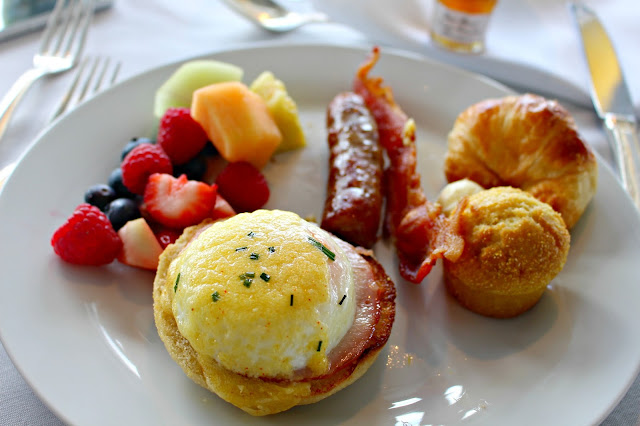 Somehow after all that, we still made room for coffee and dessert. There were cake pops, macaroons, pudding and other exquisite morsels of deliciousness.  Actually, some of it looked better than it tasted like the watermelon martini looking one. 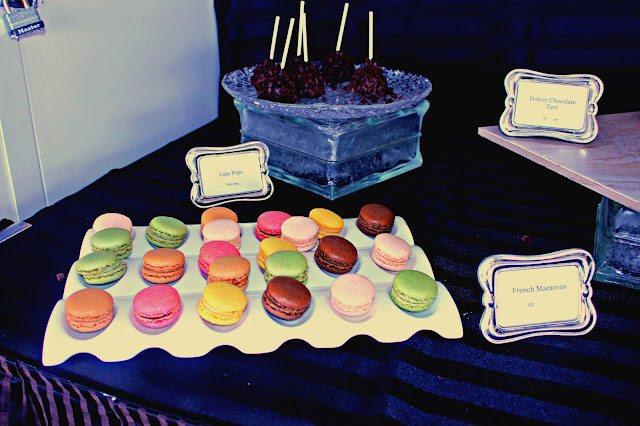 After tax and tip and a mimosa, the total came out to a little bit more than $100.00 a person. Yes, it was a little on the steeper side but it was a great experience and I'm glad I was able to share it with some of my favorite people! I definitely want to go back with the Mo and bring the fam bam. 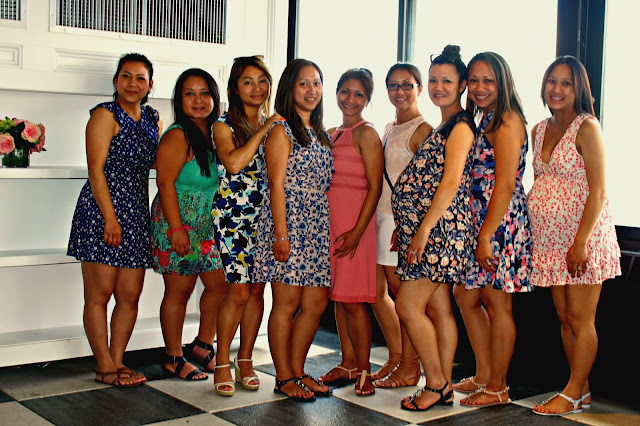